Summer birding days in Ebre Delta are hard to resist. Suffocating heat, big sun, lots of mosquitos... but my friend Joan and me decided to stay some days looking for migrating shorebirds.
We took our bikes and we bought two train tickets.
After 3 hours in the train, we arrived in l'Aldea, where we started our route. We saw a Booted Eagle (Aquila pennata) (pale form) and we went to Goleró, a tidal zone in the Fangar bay, in the north part of the delta. The Fangar bay is a great place to see some waders very close to the coast. 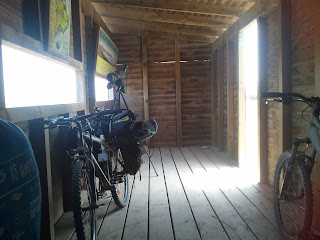 We crossed the Delta from north to south by bike. Just in the middle of the way, we saw a Reed Bunting (Emberiza schoeniclus witherby). We arrived at La Tancada campsite, where we slept the two nights. Later, we went to Sant Antoni saltpans, another good place for waders. We saw a Black-tailed Godwit (Limosa limosa) and more than 30 Common Sandpipers (Actitis hypoleucos), despite another common species. The sunset was great: 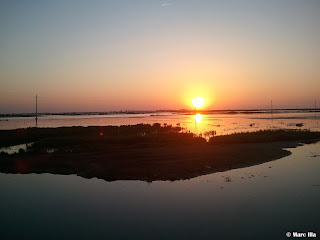 The following day, we visited different places around the Delta. At the morning, we went to Sant Antoni saltpants and Riet Vell reservoir, where we saw (as the most interesting birds) 1 1cy Marsh Sandpiper (Tringa stagnatilis) and 1 Caspian Tern (Sterna caspia) in the fisrt place and 1 Temminck's Stint (Calidris temminckii) and my first postnuptial Sedge warbler (Acrocephalus schoenobaenus) in the reservoir.
Riet Vell reservoir is a nice place to see shorebirds close. Is a good place to take some photos, and also a good site to see Purple Swamphens, Little Bitterns and Common Terns breeding. 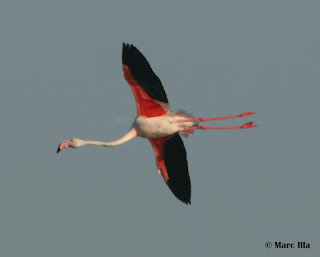 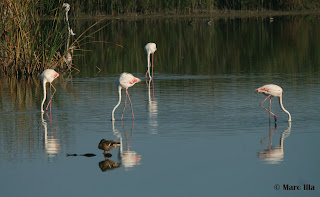 The best sightings of the afternoon were a 1cy Montagu's Harrier (Circus pygargus) flying across l'Encanyissada, +60 Collared Pratincoles (Glareola pratincola) and 37 Whimbrels (Numenius phaeopus) in DACSA fields and +130 Black-tailed Godwits (Limosa limosa) in Torre de l'Alfacada. During all day we say lots of commoner birds emphasizing hundreds of Curlew Sandpipers (Calidris ferruginea) that were seen in different places. 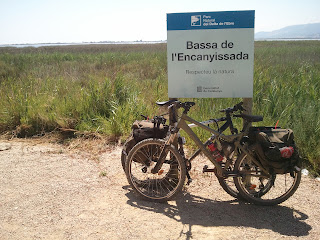 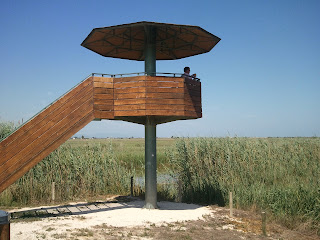 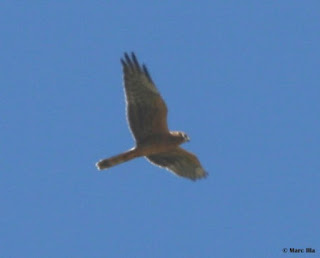 On 04-08, the last day there, we decided to go looking for Curlew Sandpipers on the beach. At midday, we should have been going to the train station in order to come back home.

We went to Punta de la Banya, a big coastal and saltpants zone when we hope found hundreds of ferrugineas. 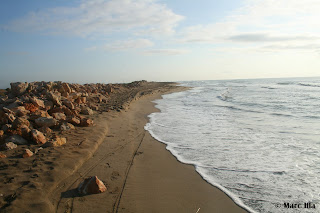 It was also a good time to gullwatch a little bit, specially some Mediterranean Gulls (Larus melanocephalus) and some Slender-billed Gulls (Larus genei). 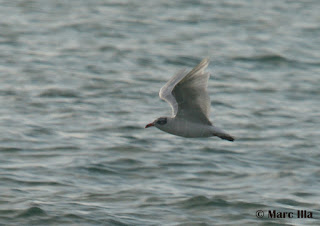 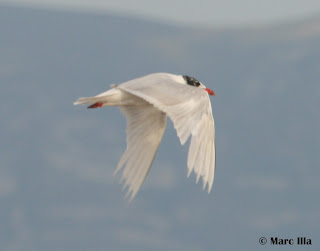 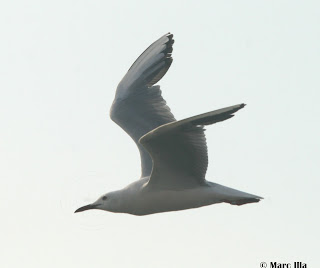 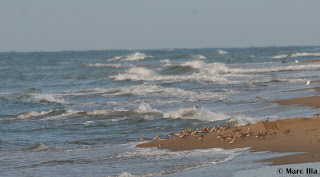 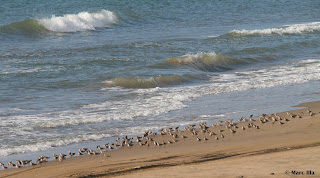 We arrived to Punta de la Banya hide, when we can't continue for the sandbar because there starts the breeding birds pretection area. 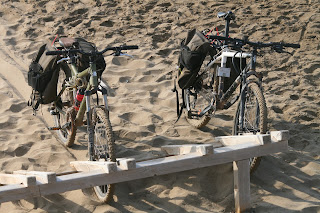