One of my favourite birds this spring was this cracking adult (EURING 6) male Blue Rock Thrush (Monticola solitarius). Indeed, I had never ringed this species, and it was quite on the top of my 'wish list'... 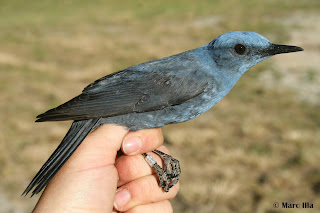 Sadly I've been quite busy all spring season, being not as much time as I would had liked to be in the field. Nonetheless, I think I have managed to do a lot of exciting stuff!

I've been quite lucky with Hoopoes (Upupa epops) this year. For instance, this retuning bird in my ringing place was very nice: retraps are very interesting in many terms, such the condition as 'proven age' individuals. 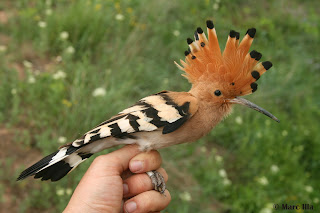 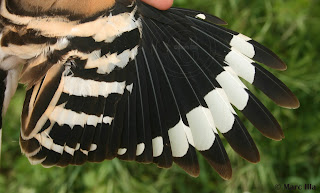 Also this interesting couple, sex determination can be harder with single individuals, but having both sexes side by side, it appears to be easier!


During a few days I visited Aiguamolls de l'Empordà Natural Park, on the right top corner of Catalunya, where a spring ringing campaign is working for the last few years. Check this link to see this year's numbers!
The campaign had the best season this year, and I really enjoyed the couple of days I spend there, with some interesting stuff... 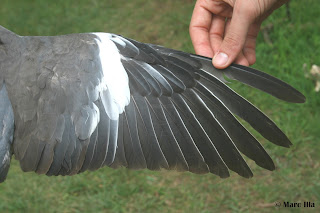 Matà marshes were very nice, filled up with birds! 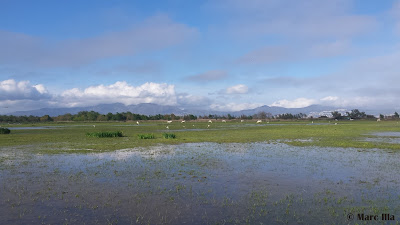 Then Stephen came for the weekend, and we went straight to another place, close to the ringing campaign, for another ringing morning. We got almost all species we could expect on a reedbed, this Moustached Warbler (Acrocephalus melanopogon) was particularly nice for both. 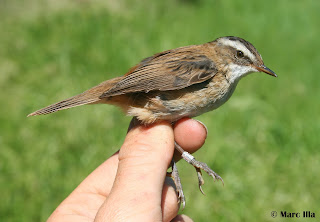 Stephen's visit was quick, and you'll find more stuff we did in his blogpost, but if I have to say something to resume it I guess it will be the Quail-catching afternoon. Indeed, I've been ringing some Quails (Coturnix coturnix) this year, but they will be kept for another blogpost, either mine of Stephen's... :) 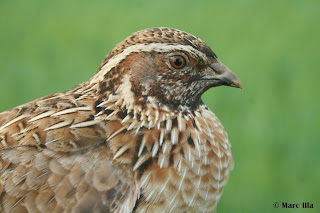 Another thing I want to emphasize was Stephen's reflexion of the richness of birds here, compared to London countryside. Indeed, I have been thinking quite a lot about this... everywhere has it's very important value, even the most unknown or 'crappy' habitats in terms of numbers and diversity. The actual importance of local environmental protection areas is sometimes forgotten... so that's why, even living in a rather poor countryside in terms of birding, were the rare birds are not even national raritees, I am very proud of studying and doing my best to protect my area.
Related to these short thoughts, I had a very nice ringing day in my local patch, that was full of migrants! Again, we are not talking about the Ebre Delta, it's just a small wetland in the middle of very dry fields. Some captures were... 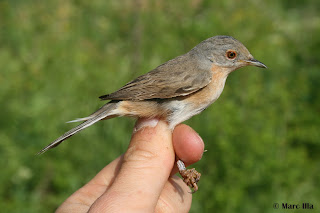 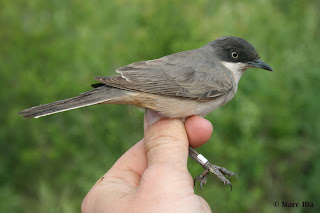 For the last few years, some Black Redstart (Phoenicurus ochruros) pairs have arrived in villages and towns in drylands, quite far from the mountains. I was listening to a male every morning singing from my roof, so I decided to catch it. It was particularly easy, it took less than 2 minutes with tape and a clap net; and it turned to be a very interesting individual. In fact, it could be sexed safely as a male (since it had a very well developed cloaca), but it was a second-year (EURING 5) with no 'male plumage features' at all. An actual 'cairii'... Check this post about 'paradoxus' Black Redstart for more information about things matter. 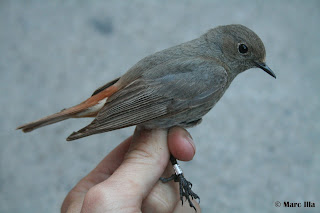