An ending means a new start

During this year 2012 I've passed hundreds (surely thousands...) of great and unforgettable moments. I decided to choose one of this moments to share in this post, but I can't. I can't choose only one, because there are lots of candidates. So I will make an effort and choose five of them.

5- Living in the Pyrenees
In August I was living there for almost a month. Working with Capercaillies, Rock Ptarmigans and Grey Partridges, enjoying Bearded, Black, Egyptian and Griffon Vultures together and discovering lots of migrant birds in every corner in the landscape. 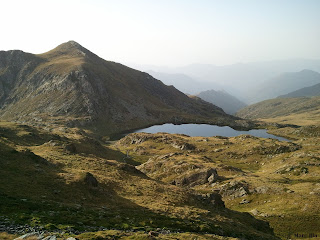 4- Yellow-browed Warbler in l'Aiguamoll de la Bòbila
I passed lots and lots of hours in this little wetland just to the side of my village, Santpedor. To see an inornatus during 10 days was a good compensation for the persistence. Let's see what I could see in 2013... a Dusky Warbler could be nice too ;-). 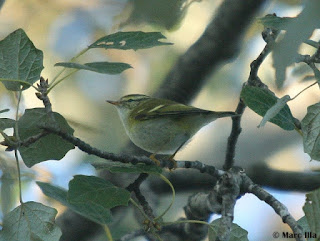 3- Spring campaigns
This april I stayed in three ringing stations for some days. Starting for Estany de Palau, in Aiguamolls de l'Empordà, where we caught this Spotted Crake (Porzana porzana). Then, I went to Ebre Delta and we caught a pretty Ring Ouzel (Turdus torquatus) (and lots of other species, but I have to choose...), and later I went to Illa de l'Aire, in Menorca, where the most exciting ringing was a Mediterranean Storm Petrel (Hydrobates pelagicus melitensis). 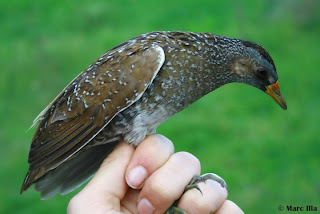 2- Houbara Bustard
In june, I went to Canary Islands. I saw the spectacular Blue Chaffinch (Fringilla teydea), the shy Laurel Pigeon (Columba junoniae), Bolli's Pigeon (Columba bollii) and the rest of endemics. I enjoyed every of these species a lot, but probably the most exciting sighting for me were 6 Houbara Bustards (Chlamydotis undulata fuerteventurae) very close to the road. I felt really excited then! 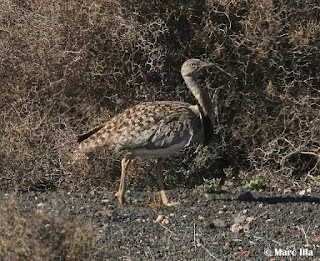 1- White-faced Storm Petrel
The trip to Canary islands had a 'second part', that consisted in a pelagic journey with Lanzarote Pelagics. After lots of Bulwer's (Bulweria bulwerii), Cory's Shearwaters (Calonectris borealis), Band-rumped Storm Petrels (Oceanodroma castro) and Wilson's (Oceanites oceanicus), we saw some Pelagodroma very close to the ship. Jumping around the waves, this was probably the best moment this 2012. 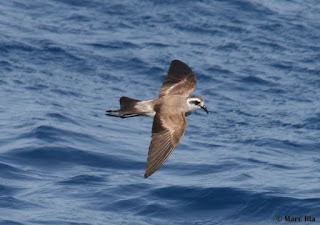 The ending of a year means that another is ready to start. Best wishes for 2013!
Happy new year!
Bon any nou!
Posted by Marc Illa at 12:31 PM