Some years ago, thanks to the ICO (Catalan Institute of Ornithology) and Barcelona's Zoo, Raül Aymí started a project about colour-marking Gulls. The main target of the campaign are Black-headed Gulls (Chroicocephalus ridibundus), but Yellow-legged Gulls (Larus michahellis) are usually trapped too.
Barcelona's Zoo is located inside a big urban park, called La Ciutadella, and is actually a nice place to see some birds.

In fact, it holds probably the biggest colony of Grey Heron (Ardea cinerea) in Catalonia!, and Little Egrets (Egretta garzetta) and Cattle Egrets (Bubulcus ibis) are common breeders too. Actually, they are sometimes trapped, and they're tagged with yellow PVCs. 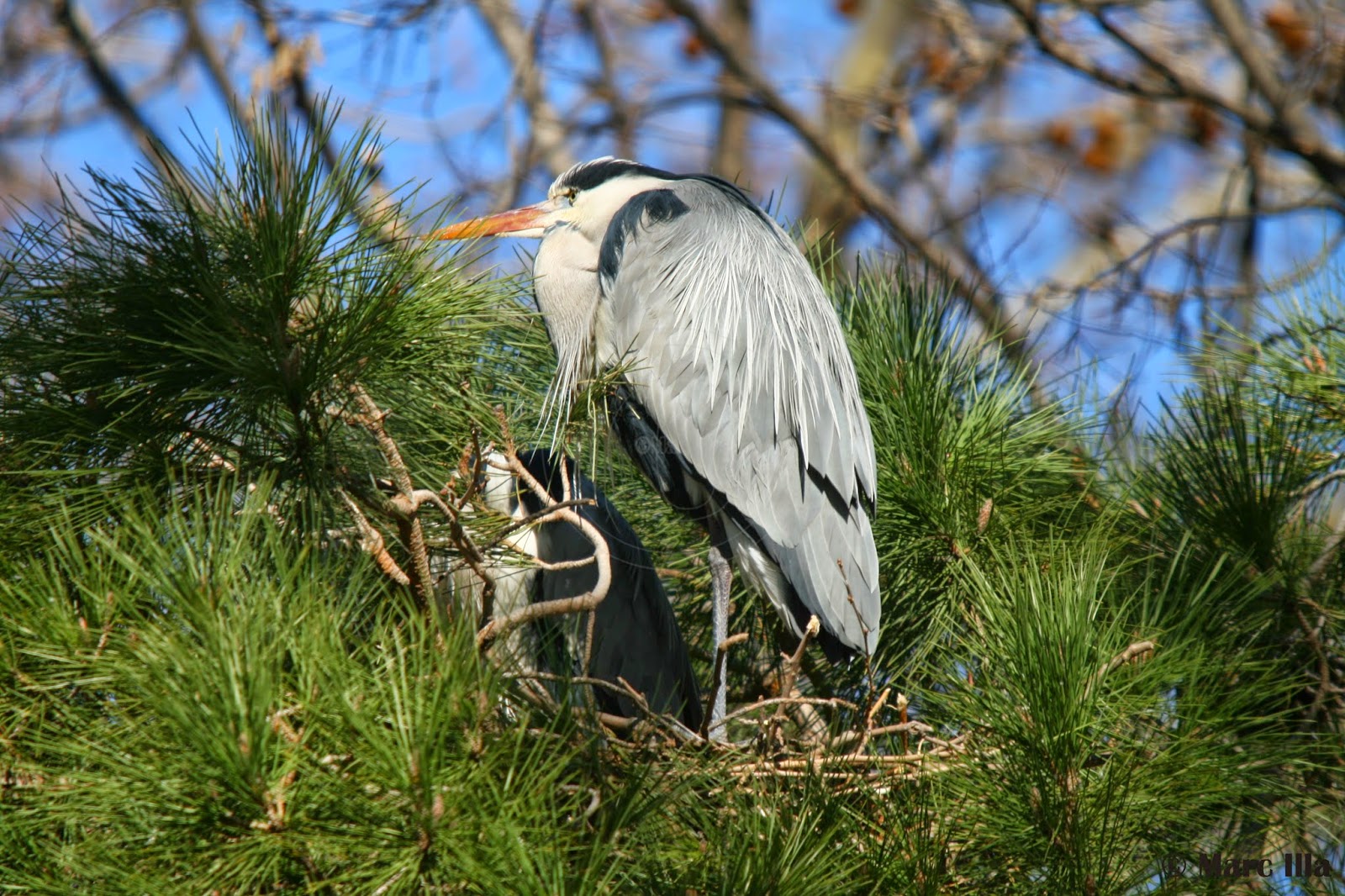 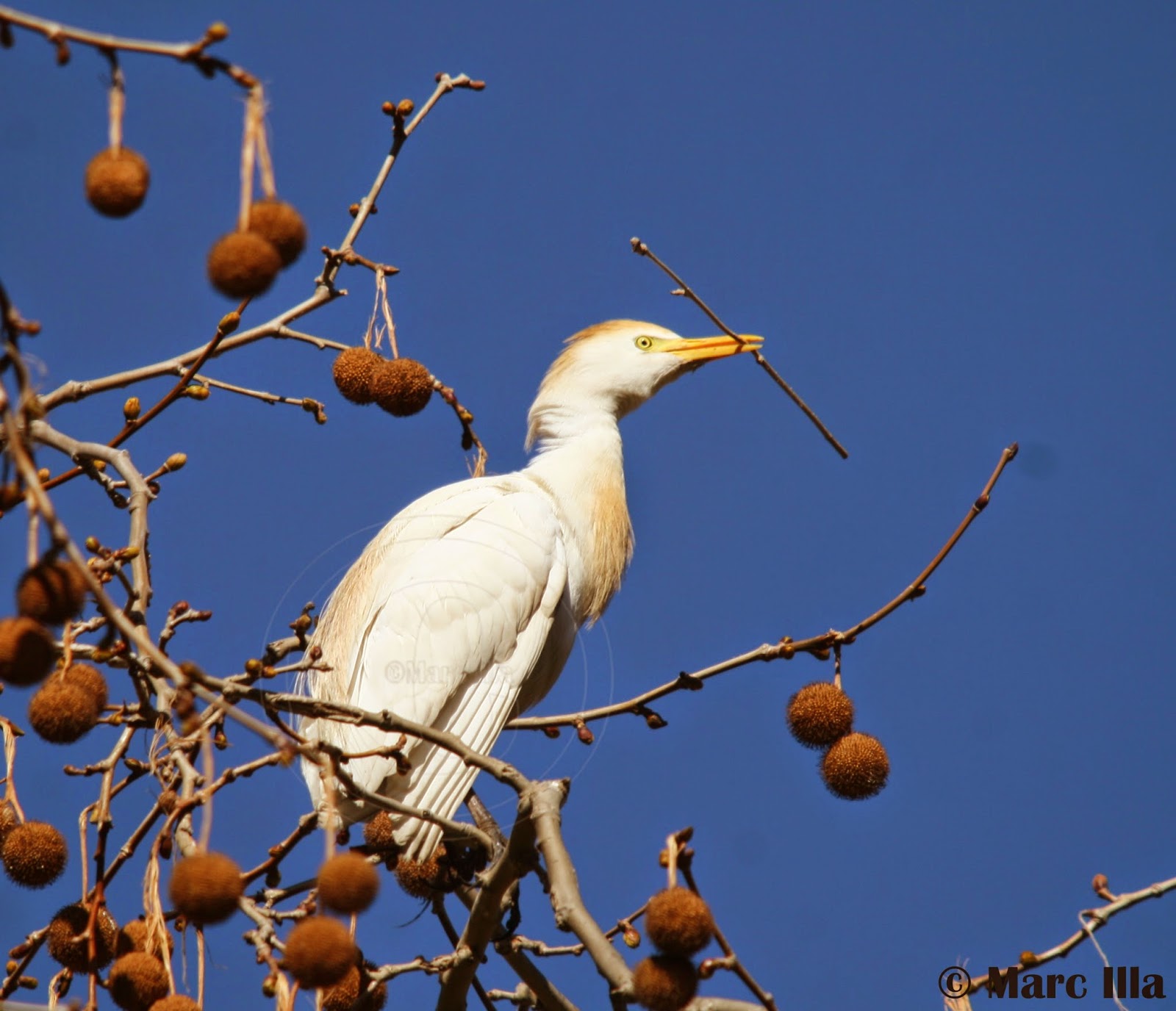 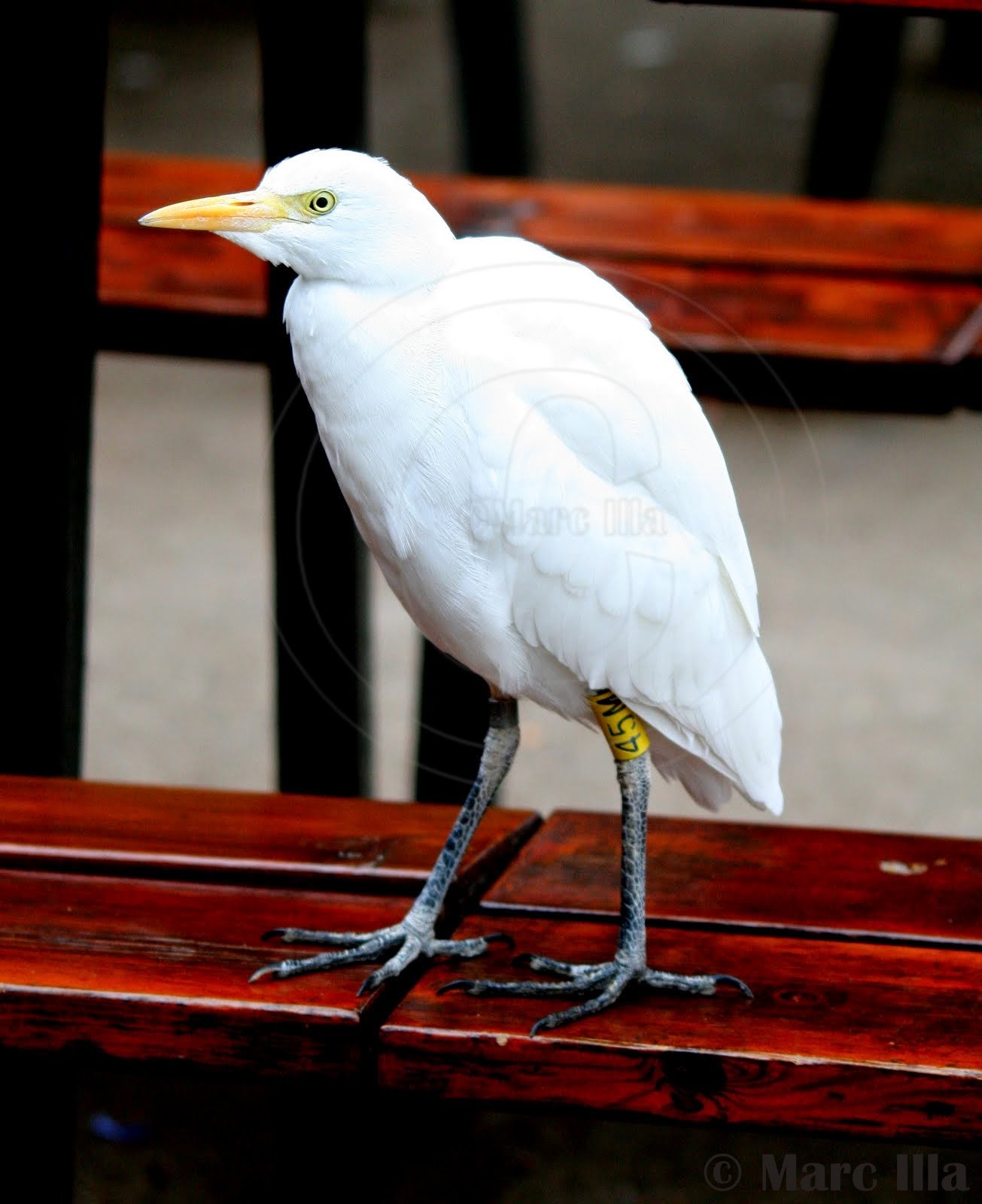 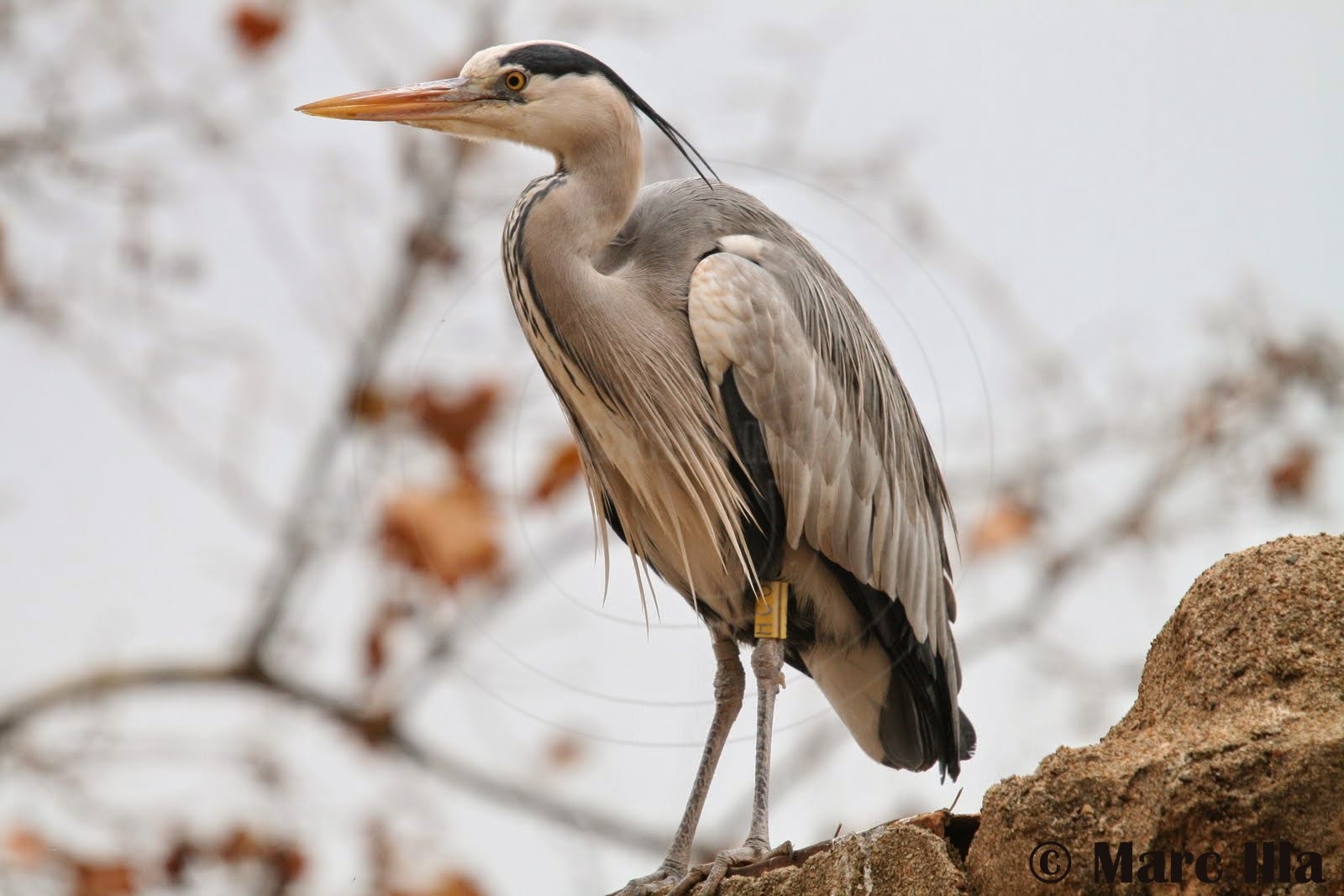 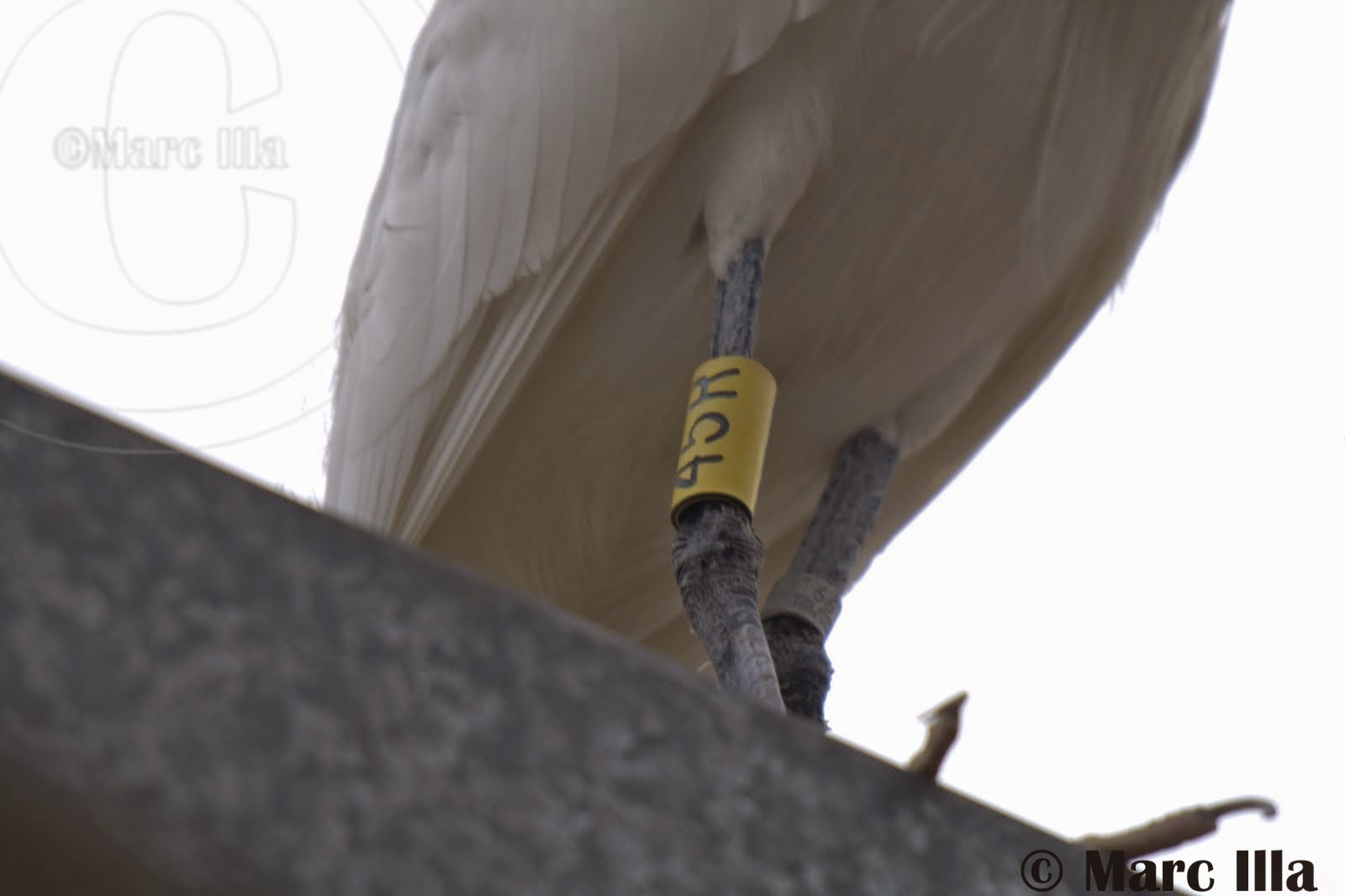 Back to the Gulls, I've been helping Raül some times during this winter and last one.

Lately, gulls are getting used to the trap and it's hard to catch them, specially ridibundus. That's why, after we 'only' caught three nice adult Grey Herons along two mornings of trapping, 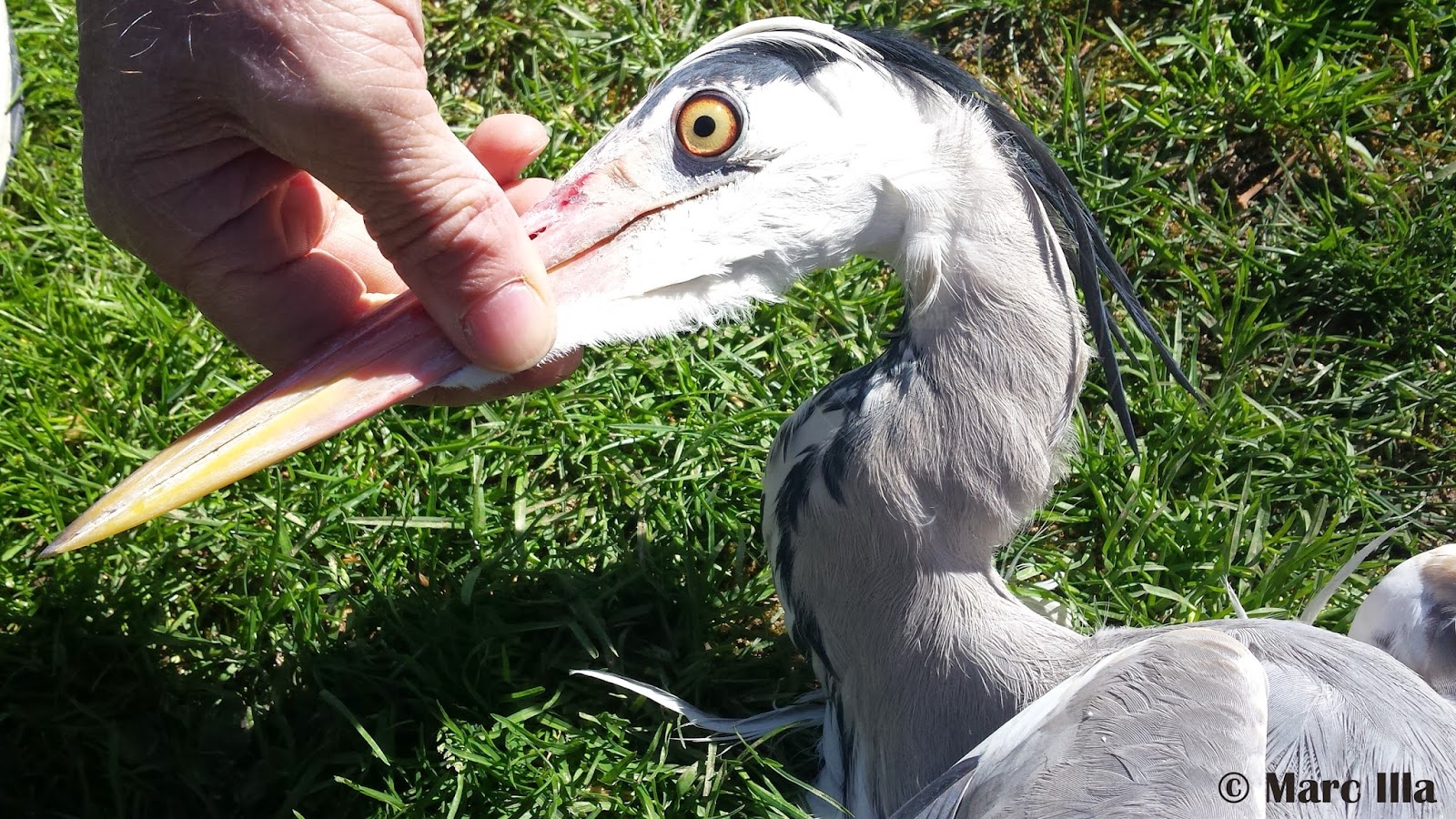 we moved to Maremagnum, a tourist place inside Barcelona's harbour. It's probably the most important place for wintering Black-headed Gulls, that, as you can imagine, are all day eating what people gives them. So we take advantage of it, and we caught three by hand... 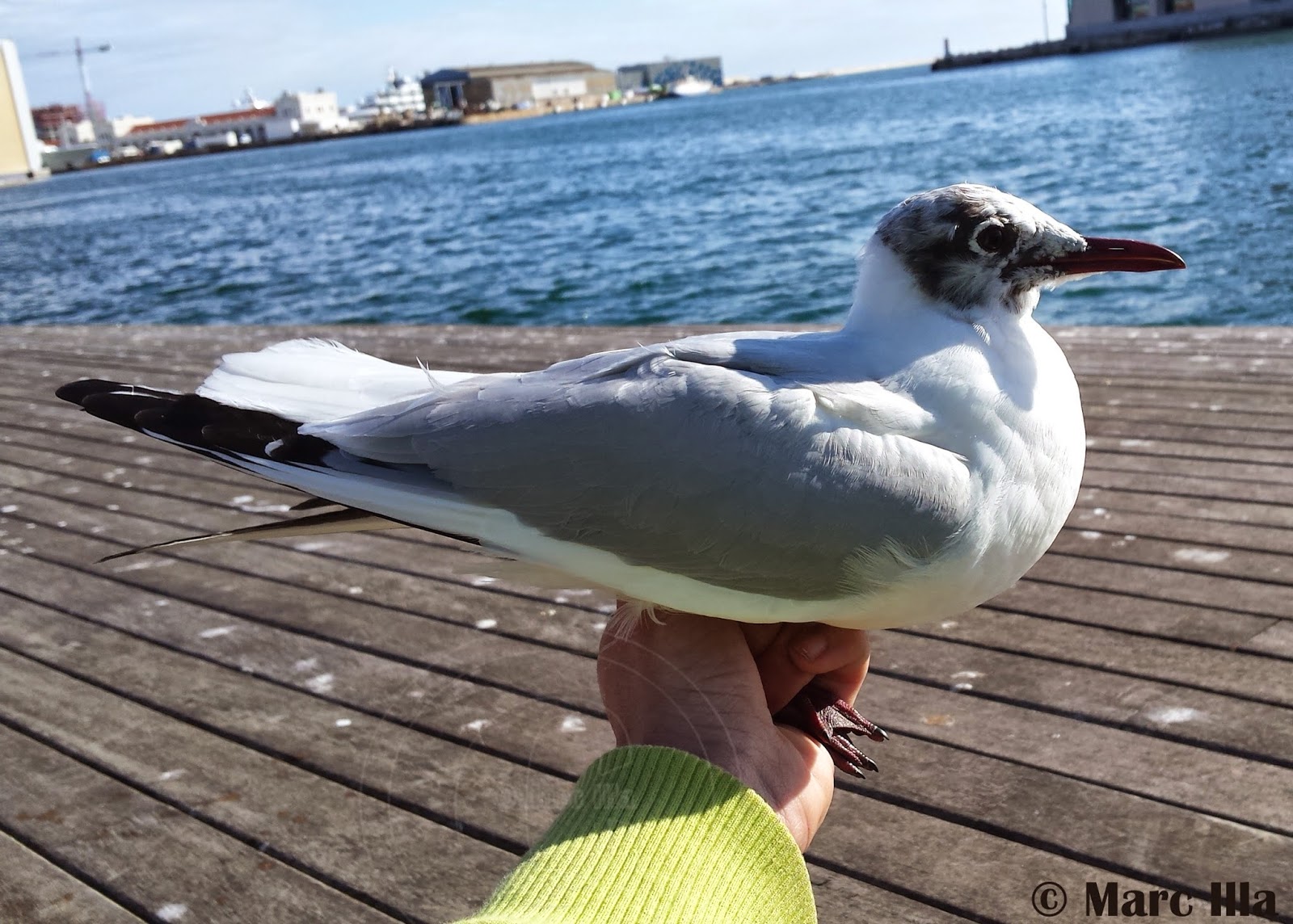 We spend the rest of the afternoon reading PVC rings, all of them from the Zoo's project this time. Nonetheless, we also photographed two metal rings, that turned to be birds from Czech Republic! 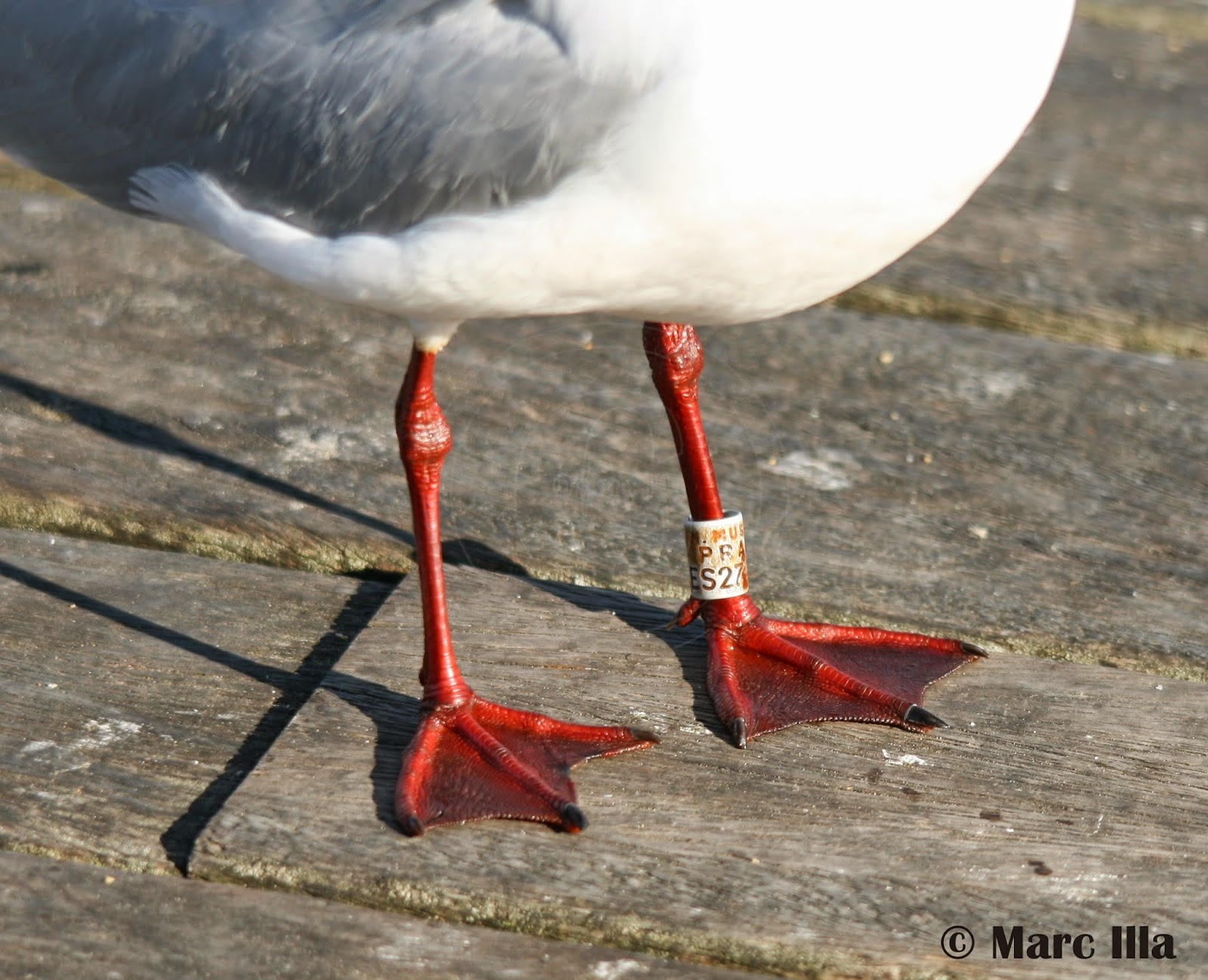 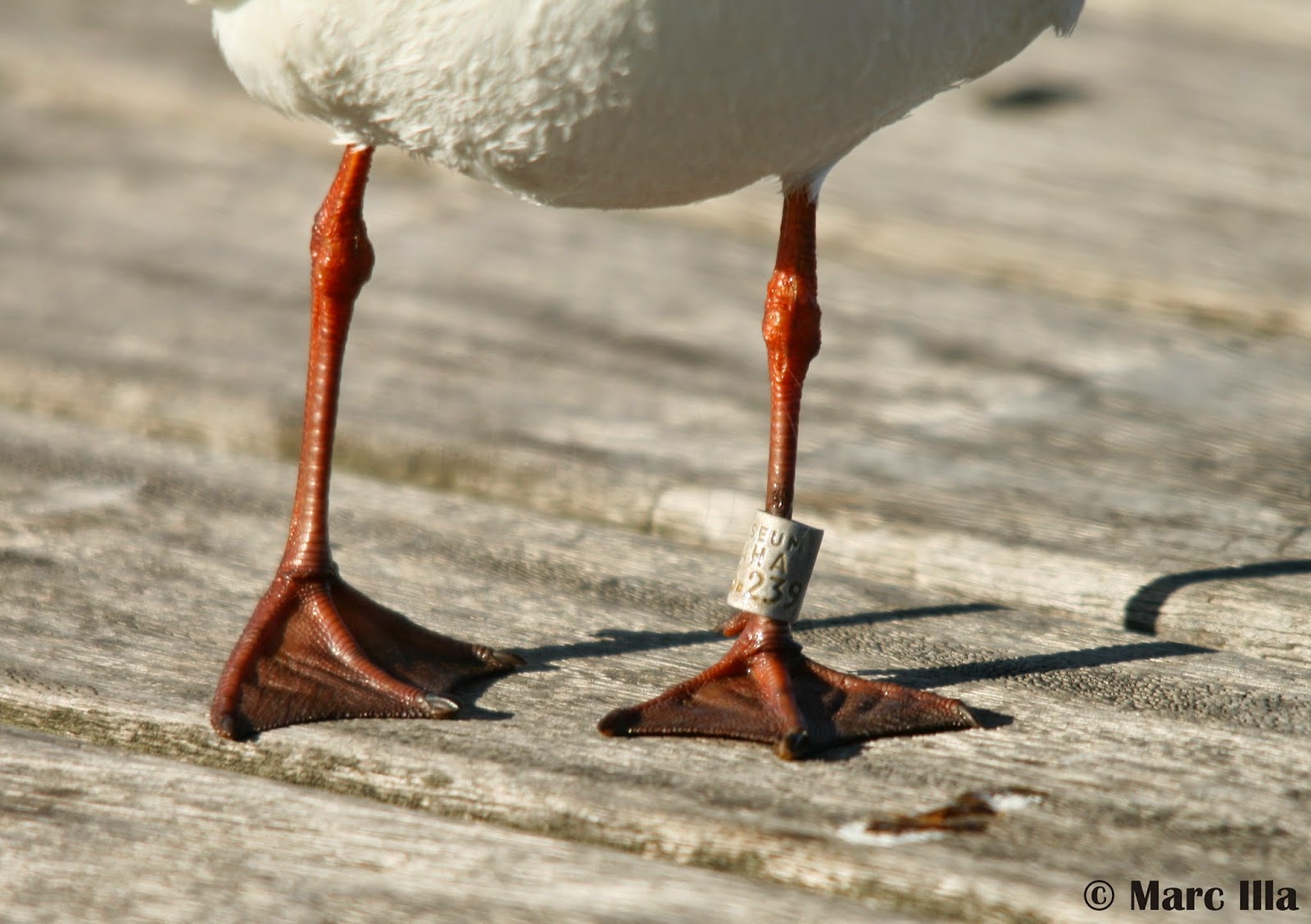 The ringing project, although without very big numbers of birds ringed, has already produced many interesting records all along Europe. Also, some foreign birds has been detected in the area due to the efforts in reading ring numbers. 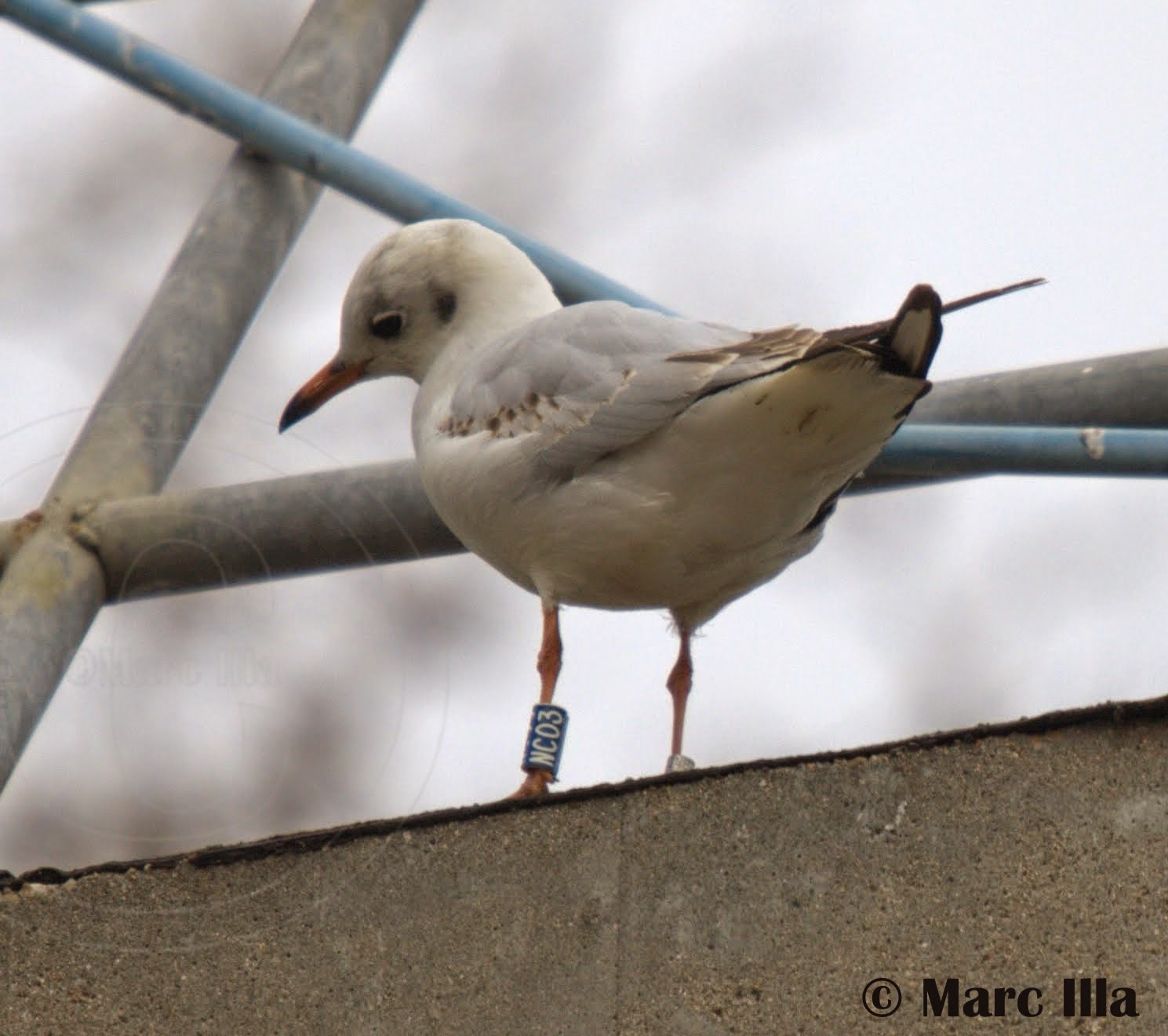 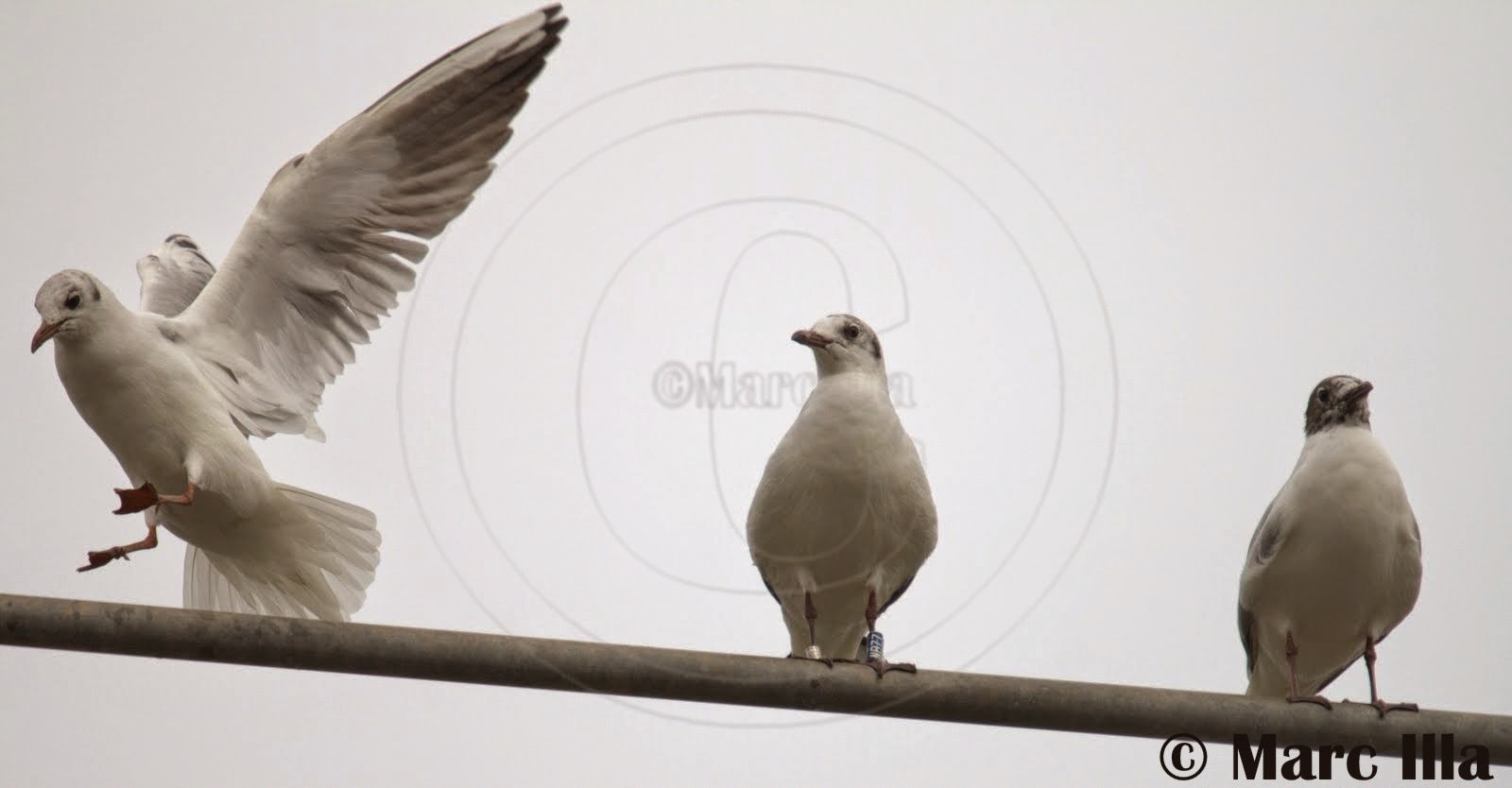 As with any other ringing project, please contact to us if you can read any code!!
Posted by Marc Illa at 1:46 PM