And this was April

As soon as it started, Wood Warblers (Phylloscopus sibilatrix) started to appear all along the country. While in a 'normal' spring we get really low numbers and the species is quite scarce and almost restricted to coast, in springs with easterly winds is possible to see a lot of them everywhere. Looking back to the past 4 years, 2012 and 2014 are what I would understand as variation in a 'normal spring'. 2013 was a  good year, specially after the strong eastern winds in late April.
This year, after continuous easterly winds during April, we got a heavy influx of sibilatrix, and it was specially noticeable inland, were it was sometimes the commonest migrant passerine! 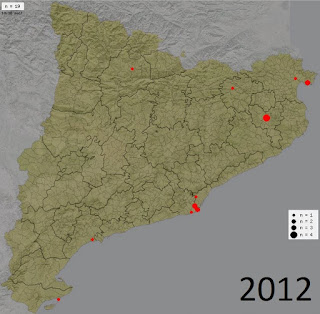 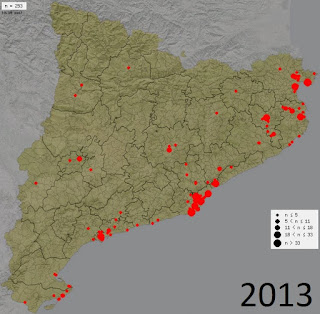 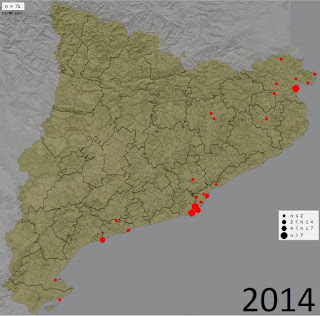 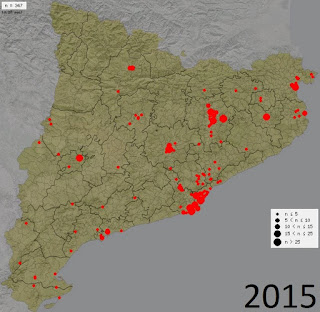 maps with data from 1st March to 1st June, all years
Source: www.ornitho.cat

So, where I use to ring inland, I trapped 2 Wood Warblers in different dates, The first one was trapped in a very interesting morning, specially for the variety of species. 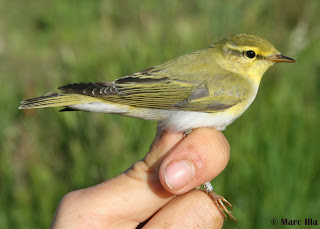 This Little Egret (Egretta garzetta) was the first one I trap in my place. I aged it as an adult (EURING 6) for the relatively fresh plumage, squared primary coverts, primaries and secondaries, and well-developed ornamental feathers. 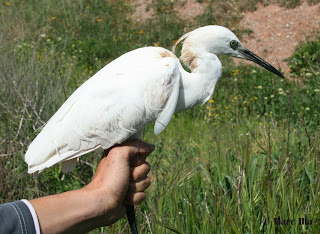 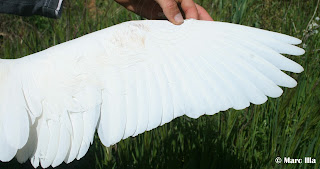 Next days I mainly spent my time in the reeds, ringing Barn Swallow (Hirundo rustica) roosts. I got some interesting other species too!, specially when I spent de whole day. 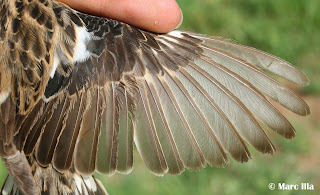 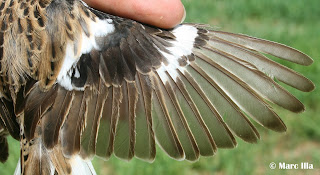 The second Wood Warbler (P.sibilatrix) came on 25/04, when hundreds had been seen all along the country. But before it, I trapped two Scops Owls (Otus scops), one adult (EURING 6) and a second year (EURING 5). 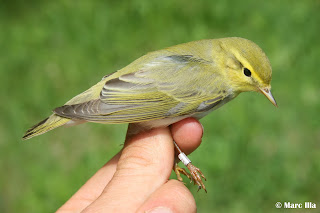 The eastern winds also provided some Red-throated Pipits (Anthus cervinus) -a nice one in my local patch-, and some other typical eastern species, but the main affected, who knows exactly why, was the Wood Warbler.
Posted by Marc Illa at 8:13 AM