Getting away from the average

The Falsterbo Bird Observatory webpage contains a huge lot of information. I can spend hours looking at differents things, and the information never ends...

One very interesting section is the Ringing totals for every day. Just open the main page and click "Ringing". There you will see two different tables, one for each ringing campaign, both Lighthouse Garden and Flommen reedbeds. Three columns are on the right of the species: daily summary, season summary and season average up to date. Comparing the season summary with the season average give you a very close idea to what is going on.

This season we started very close to the average, sometimes over. The big numbers of Sand Martins (Riparia riparia), Barn Swallows (Hirundo rustica) and White Wagtails (Motacilla alba) we had in the beggining of the season made this possible. 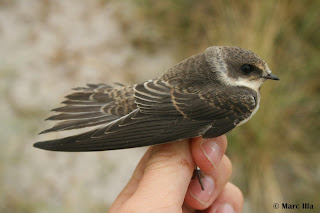 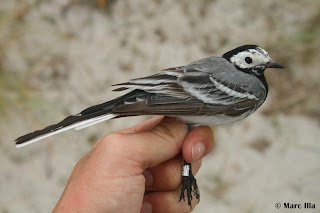 Nonetheless, we are already more than 300 birds below the average, with more than 400 Reed Warblers (Acrocephalus scirpaceus) below. It seems it has been a very bad breeding season for this species, probably because of the cold months in May and June (as some Swedish birders told me). The most worrying fact is that we catch just a few first-years, and this make the number very low.
Actually, many local Reed Warblers are still incubating during the start of August..., the same with some local Marsh Warblers (Acrocephalus palustris).
If we look at the long-term trends generated in the Falsterbo Bird Observatory webpage, a slightly decline has been occurying during last few years...


But not everything is that bad! The rest of species are over or very close to the average, like Sedge Warbler (Acrocephalus schoenobaenus) for instance. The numbers of Marsh Warblers, although having late breeders around, are also on the average. The other 'worrying species', which is even more noticeable in the Lighthouse Garden numbers, is Willow Warbler (Phylloscopus trochilus)... 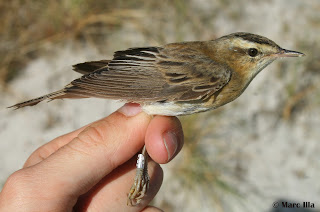 It will be very interesting to see the numbers at the end of the season!
In the meantime, we will keep enjoying the nice birds we are having lately. For first time for me, in my third season here, we have ringed 2 Great Reed Warblers (Acrocephalus arundinaceus)! Not a very exciting species for me, but I have enjoyed them. 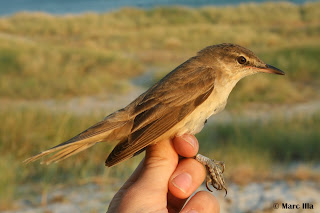 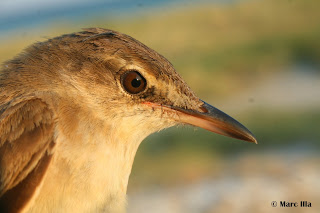 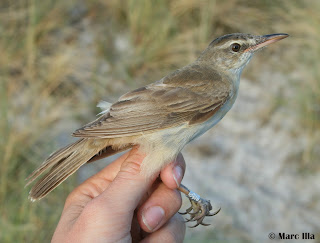 Other usual Flommen stuff we have caught, but nice, are a juvenile Green Sandpiper (Tringa ochropus), one of those 'hedgehog' Water Rails (Rallus aquaticus) and a Common Rosefinch (Carpodacus erythrinus). 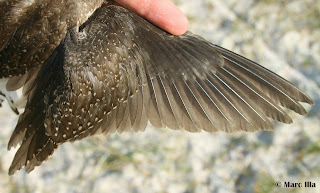 Migration is starting seriously now. Tree Pipits (Anthus pratensis), Yellow Wagtails (Motacilla flava) and Whinchats (Saxicola rubetra) are already on the move in nice numbers. Red-backed Shrikes (Lanius collurio) appear in some isolated bushes... and you feel everything can happen at any moment. The fun is just starting!

Some Flommen views to end... 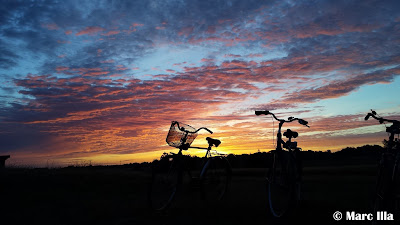