Back to Catalunya after some days studying bird migration in Menorca, I spent some days ringing in northern Catalunya, at Aiguamolls de l'Empordà Natural Park. The vast reedbeds, marshes and surrounding trees create a very suitable stopover site for many bird species, and just before Pyrenees (Albera mountains, precisely) crossing. Littoral wetlands are very important places for breeding, wintering and migrating birds, and they are occupied by thousands of birds. It it extremely important to preserve this areas in the near future, and so it is important to study properly the birds to know what can we do for them and how. 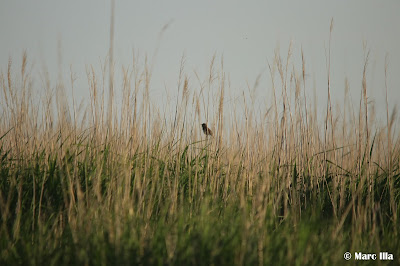 I spent some days ringing on the spring ringing season that takes place in El Barracot (check here the totals). I had a bit of unpredictable weather, but thanks to that a good amount of birds were caught, and with an interesting diversity. Swallows were by far the commonest trapped bird, mainly Barn Swallows (Hirundo rustica), but I also had the chance to get some Sand Martins (Riparia riparia), few House Martins (Delichon urbicum) and 2 Red-rumped Swallows (Cecropis daurica). 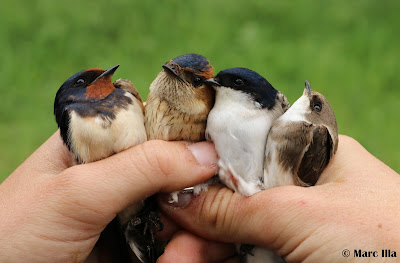 There was one very special day, cloudy and with shower storms coming from now and then, that forced some hundreds of Barn Swallows to stop around the area. During the afternoon, they started landing anywhere it looked more or less suitable... even on horse's shit. 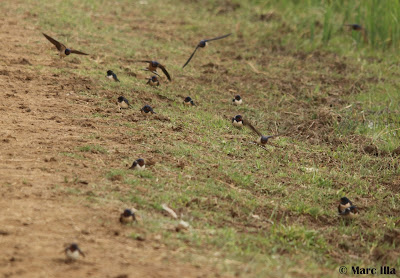 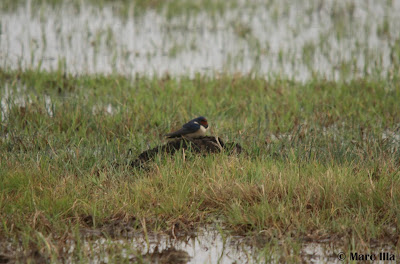 That night, ca.200 individuals where caught in the nets (without any tape!), which ended up in quite a lot of work for being me alone and because they had been caught spread in a lot of different nets. Fortunately, Albert Burgas and Yeray appeared and provided so much help - thank you very much!!
After having them all ringed and processed, it was amazing to discover a small flock roosting besides the ringer's house, just roosting under the roof in a small porch, but even more to see the ones in the Barn Swallow nest!!! 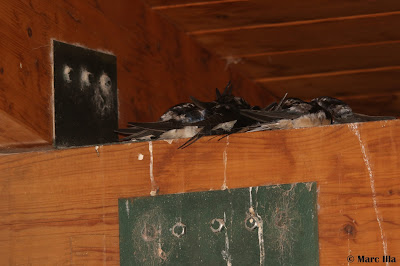 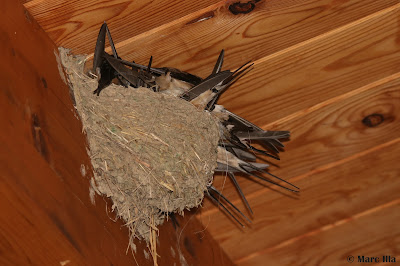 I had quite good diversity combination of species, mostly transaharan migrants, with Pied Flycatchers (Ficedula hypoleuca) being one of the commonest. 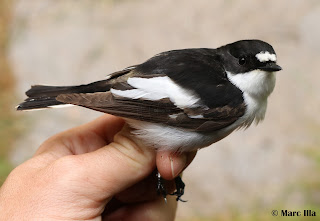 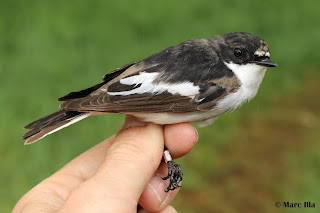 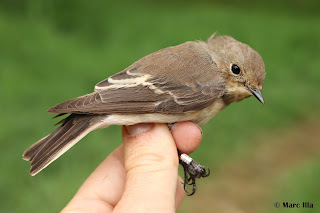 Other migrants followed in rather good numbers, such as Willow Warbler (Phylloscopus trochilus) and Whitethroat (Sylvia communis). 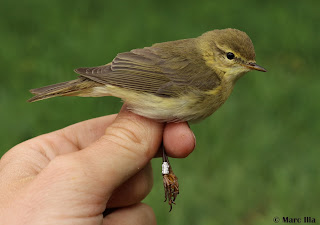 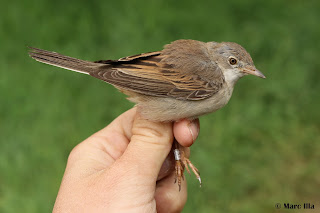 Little Bitterns (Icobrychus minutus) were a nice bonus, both male and female respectively. 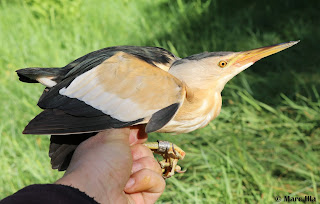 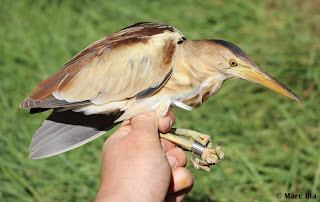 It was very interesting to study as well some local breeding Yellow Wagtails (Motacilla flava). All the ones I could examine, including this one, seemed to be rather perfect cinereocapilla. Only the tiny white remainings of a supercilium in this individual could remember something of iberian, that is also breeding in the region and that can hybridize with cinereocapilla. 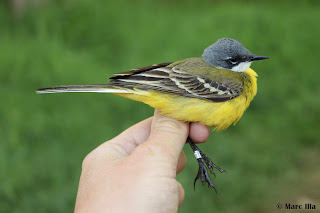 Motivated by last year's success, I got encourage to give another try for Acrocephalus Warblers at Empordà county. Indeed, we succeded again! (thanks Aïda, Oriol, Albert and people from the Natural Park that provided the ringing permits) 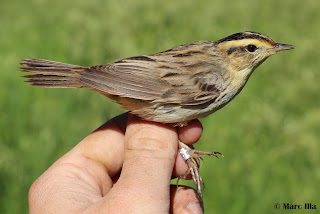 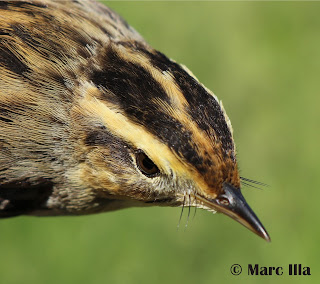 While many species are still migrating, others are already investing their energies on breeding. Places like the Aiguamolls de l'Empordà Natural Park are very important for bird conservation, and thus they are very important to maintain in proper conditions. This Great Crested Grebe (Podiceps cristatus), already incubating, might be taking a breath for the Natural Park's maintenance in the future. 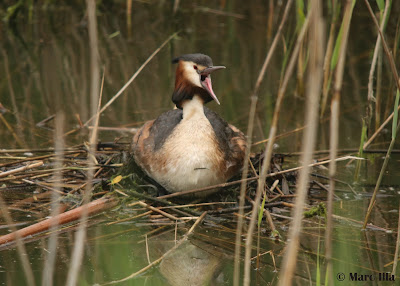