Last Sunday afternoon I went to Tarragona harbour with Albert Cama. The main objective was find a Caspian Gull (Larus cachinnans) because of the winds coming from east during some days before. Also, Herring Gulls (Larus argentatus) are regular winter visitors there, with +10 birds/year. The Herring Gull is a rarity in Catalonia, but quite regular in winter, specially in Tarragona area.

Last year, on 18th February, I went there with Camilo Albert. we coudn't see any argentatus, but I could enjoy other harbour inhabitants. Camilo, who joined us this Sunday too,  is very interested in the Booted Eagles (Aquila pennata) that pass the winter in the port. Last year we saw 3 birds and we could enjoy one of them very close, eating a Pigeon. 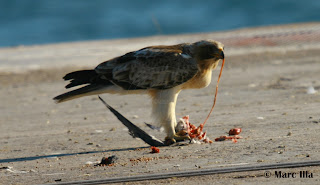 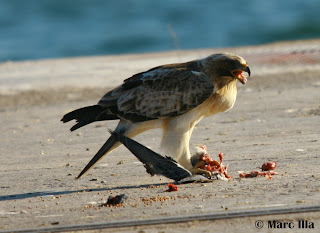 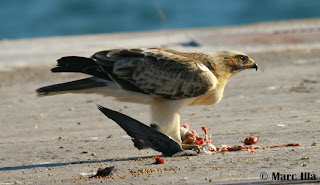 Actually, the strong point of the harbour for the Booted Eagles, some Buzzards (Buteo buteo) and Peregrine Falcons (Falco peregrinus) that overwinters there is the big, big concentration of Rock Doves (Columba livia domestica) and Eurasian Collared Doves (Streptopelia decaocto)... it's like a big self-servicve restaurant. But the authentics port's stars are GULLS.
Coming back to this Sunday, Albert found the first argentatus just when we started our search. It was a 2nd winter bird, that hasn't been seen before. 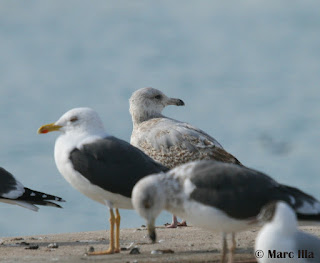 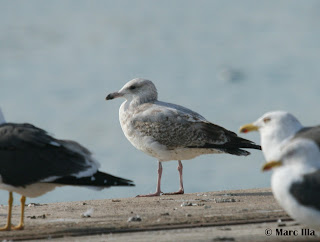 Later, a 1st winter bird appeared. Albert told me that was another 'new' bird for the port, and as he had seen 4 different birds the day before, it will be probably 6 or more argentatus there. You can follow him in his fantastic blog, very recommended! 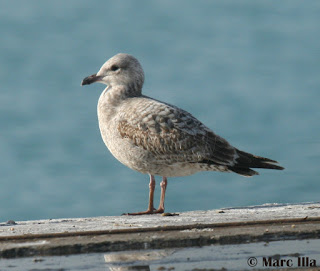 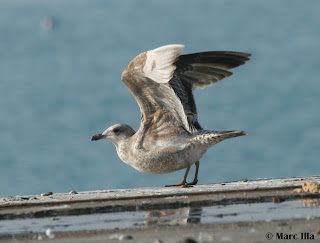 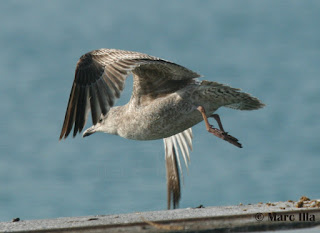 We passed some time looking for ringed Lesser Black-backed Gulls (Larus fuscus). They are very common there in winter, where is easy to see birds from many Europe countries. We saw birds from England, Germany, Denmark, France... 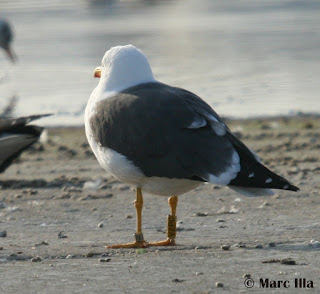 We saw two argentatus, 1st winters, more (photos below). So no cachinnans, but 4 argentatus in a single afternoon it's not bad! But I couldn't have been possible without Albert Cama's help... Thank you!! 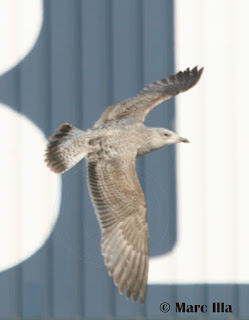 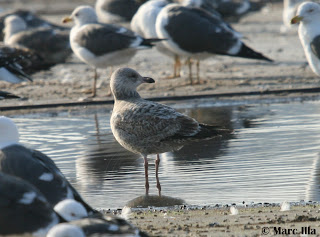 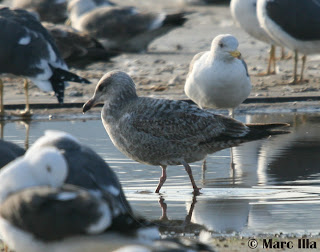 I'd like to finish these post with a short consideration:
Gulls are a very special group. The individual variation can be really surprising and disconcerting, and if you don't have some experience, sometimes is difficult to know what are you seeing.
It's easy to see common species ressembling rarities, so every unexperienced birder should take care with his ID. As example, this Yellow-legged Gull (Larus michahellis). It's a pale bird, very worn, with an interesting head structure. But, as Albert told me, it can be rapidly recognizable as a Yellow-legged because of the moult (1w argentatus only moult mantle and scapulars feathers, but never any covert), that bird have some coverts moulted, so we can think rapidly that it's not a Herring. 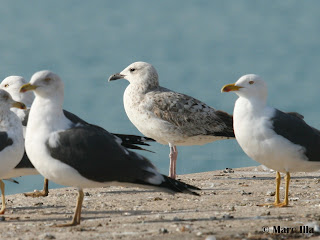 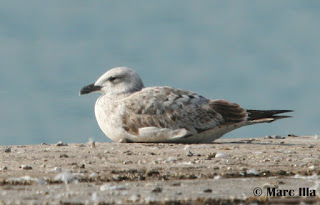