When I obtained my first ringing permission, I was only allowed to ring Common Quails (Coturnix coturnix). This was some years ago, and surprisingly, I couldn't trap any since this spring!

It was really nice when I had my first one on my hands, this 'rufous-throated' male! Thanks to Francesc Sardà, who introduced me in the 'Quail's world'. 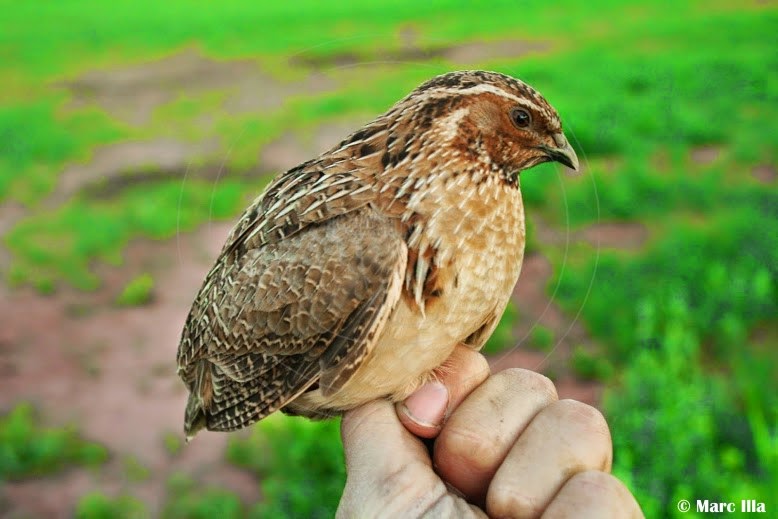 Ageing them seems quite easy; they retain 2-5 outermost primaries in their postjuvenile moult at the same time adults undergo a complete postbreeding moult. I've found it actually easy, but you have to keep in mind that some late-hatched birds have less contrast in the retained feathers. The moult limit is also present in the corresponding primary coverts. 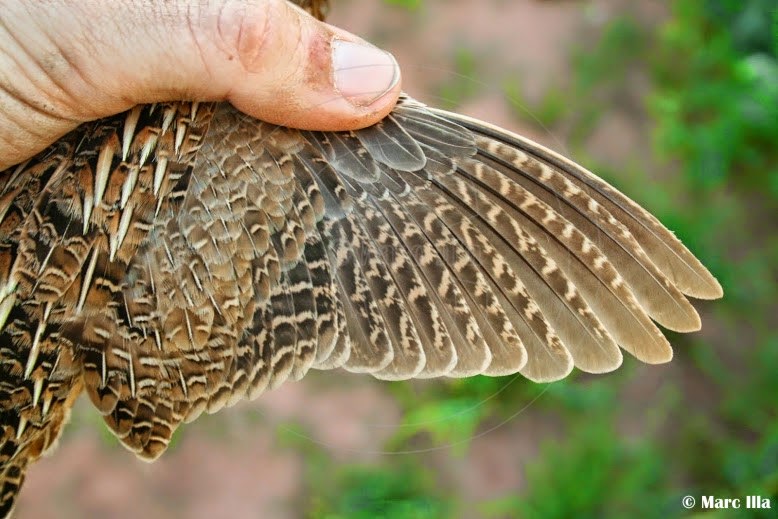 Apart from that, I've been ringing a bit in my local patch, l'Aiguamoll de la Bòbila, durant the last month. I had specially good days during the first week of May, when I caught some interesting stuff.

And also I've been working hard in my constant effort ringing project in La Corbatera (Sallent). I've done 3 ringing sessions with, for the moment, better results than the last year.

Although I've ringed less birds, I've retrapped many from last year, so if I would had added the retrap in that table, we would see that it's being better in 2014.

4 Woodpecker species are present in the area (Green, Greater Spotted, Lesser Spotted and Wryneck), but until the first session of this spring I had only trapped 1 Wryneck (Jynx torquilla). Last days I've caught 3 more... 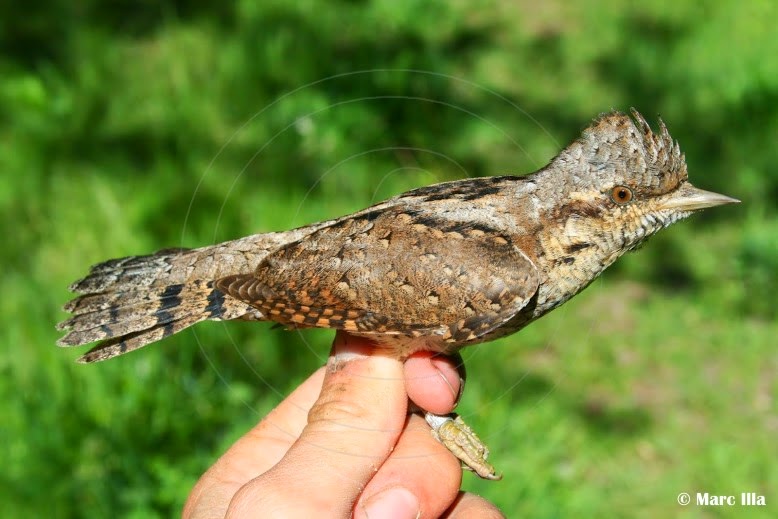 But the biggest surprise, and the biggest 'wait for it' bird for me, was this male Lesser Spotted Woodpecker (Dendrocopos minor) that finally collide with net 6! 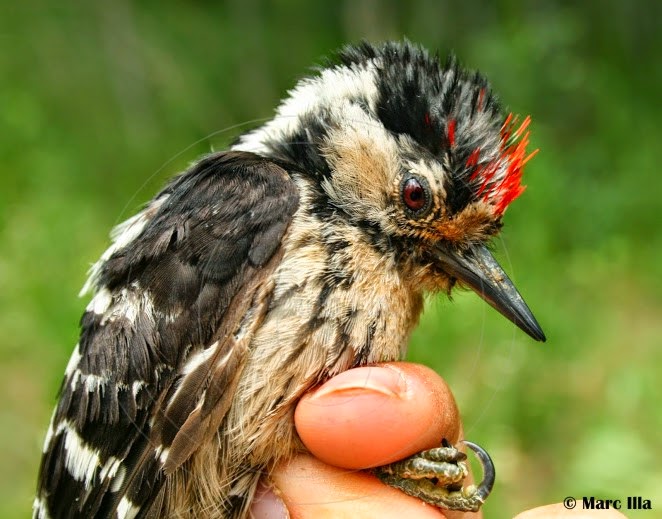 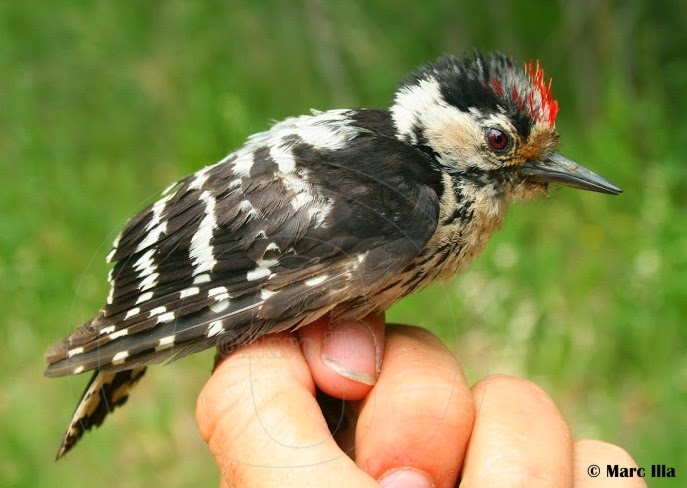