It has passed almost a whole spring and I've been posting almost nothing, but that shouldn't indicate a lack of activity. In fact, I've been probably too busy to stop and write... Summer is coming, I'm sure I'll find time to summarise the most interesting stuff.

One of the most exciting things I've been involved this spring: another visit to Illa de l'Aire, a small island south of Menorca (Balearic Islands) where a lot of friends from SOM (the local birding organisation) are carrying a spring ringing campaign. I've been there other times, just look for the label Illa de l'Aire. 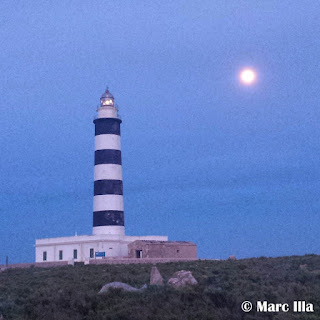 This season has been rarely low in the number of captures. Some theories are already in our heads, but we'll wait to analyse the data properly. It seems that the easterly winds could had drifted birds away, straight to the continent; and also Raül and Santi (the main ringers of the campaign) awared me about the very good body condition in most of species: high fat and muscle scores, high weights...
The island is probably the first part of land many migrants see after crossing the Mediterranean from Algerian coast. The place works specially good for birds who really need to stop, and those that are in better condition usually keep on flying a little bit more. Following that, we should be happy if the number of captures is low, but many migrants are theoretically crossing the sea more succesfully.


During my four days of stay, we got a mean of 20 birds/day, but we trapped a very nice mixture of species. I'll post about some topics. 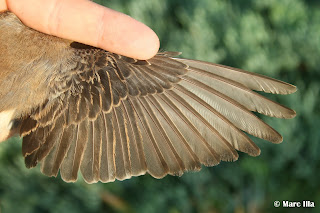 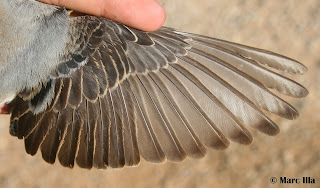 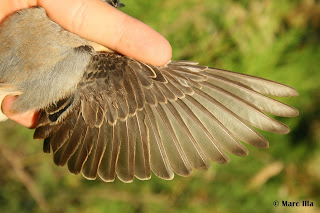 Sexing Pied Flycatcher (Ficedula hypoleuca)
Some second-year males are specially difficult to sex. Look at the second bird below; a male with "female-like" appearence. White patches visible in forehead, black uppertail coverts and blackish prenuptial greater coverts. It has more white in greater coverts and tertials than a typical female, but still less than is expected in a 2nd year male. 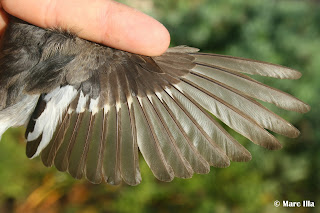 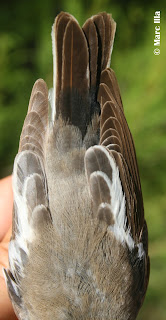 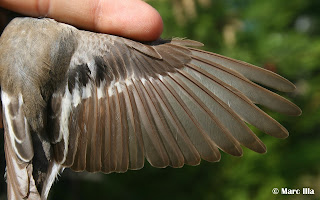 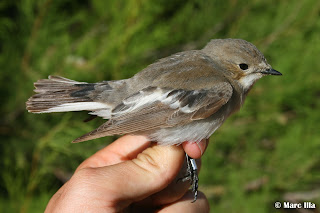 Moltoni's Warbler (Sylvia subalpina)
We trapped this nice male. Some 1st winters undergo a complete prenuptial moult, so we age this bird as EURING 4. Apart from the bluish grey in upperparts, salmon-pink underparts and dark lores, the plumage is very fresh because of the moult strategy. 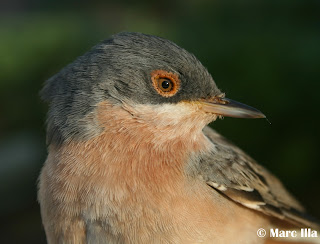 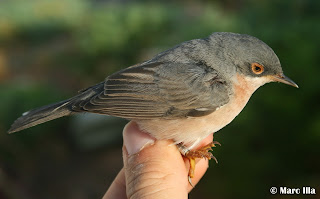 There are a lot of other very nice things in the island apart from birds. For example, Lilford's Wall Lizard (Podarcis lilfordi lilfordi), always very curious and friendly, and the nice sunsets.

Special thanks to everybody I've met this season: Rafel, Nara, JJ, Raül, Santi, Sergi, Lola, Gabi...
I'll be back soon!! 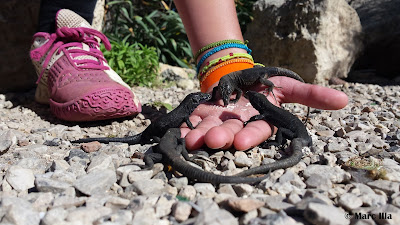 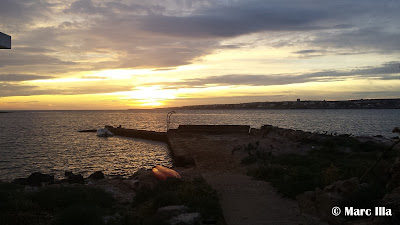