In the last month I've been 3 times in the north-western part of Catalonia, La Vall d'Aran. It's a small region located in the atlantic part (the northern one) of the Pyrenees, so it's a bit different than the rest of the Catalan Pyrenees. 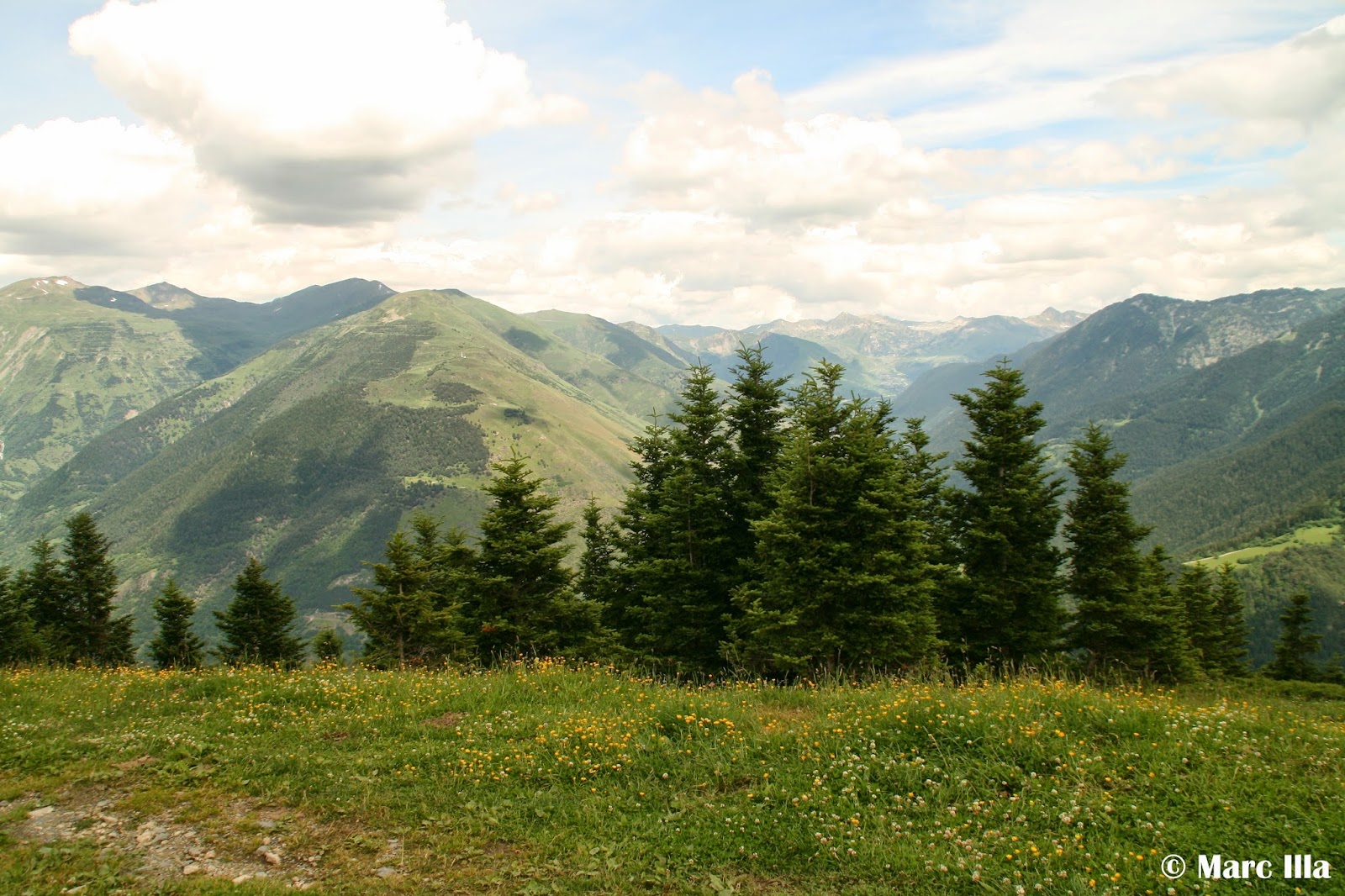 There I've been looking for breeding birds for the incoming European Breeding Bird Atlas 2014-2017.
During the first visit in early June there was still a lot of snow around, and many species were just singing and mating. 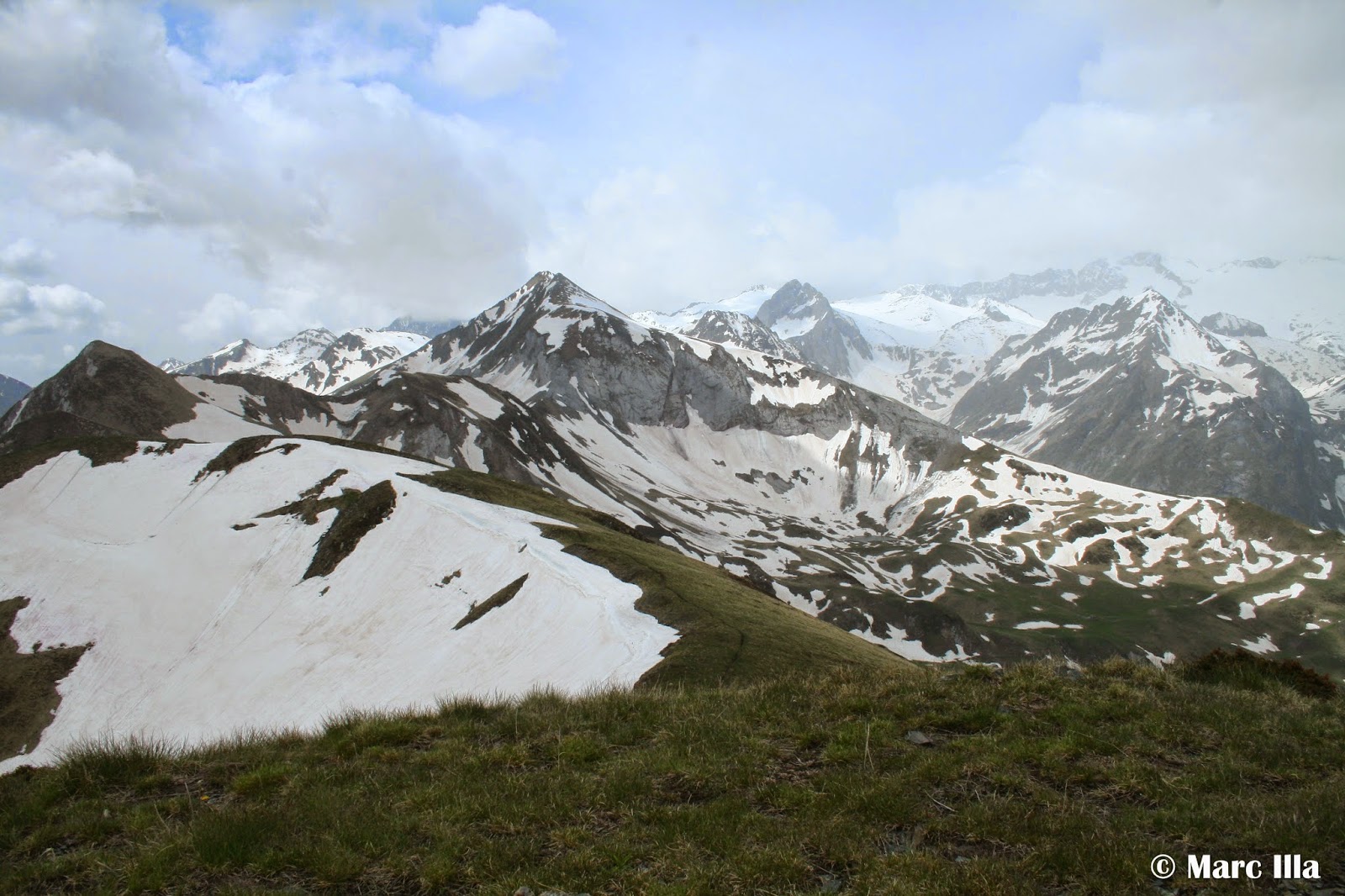 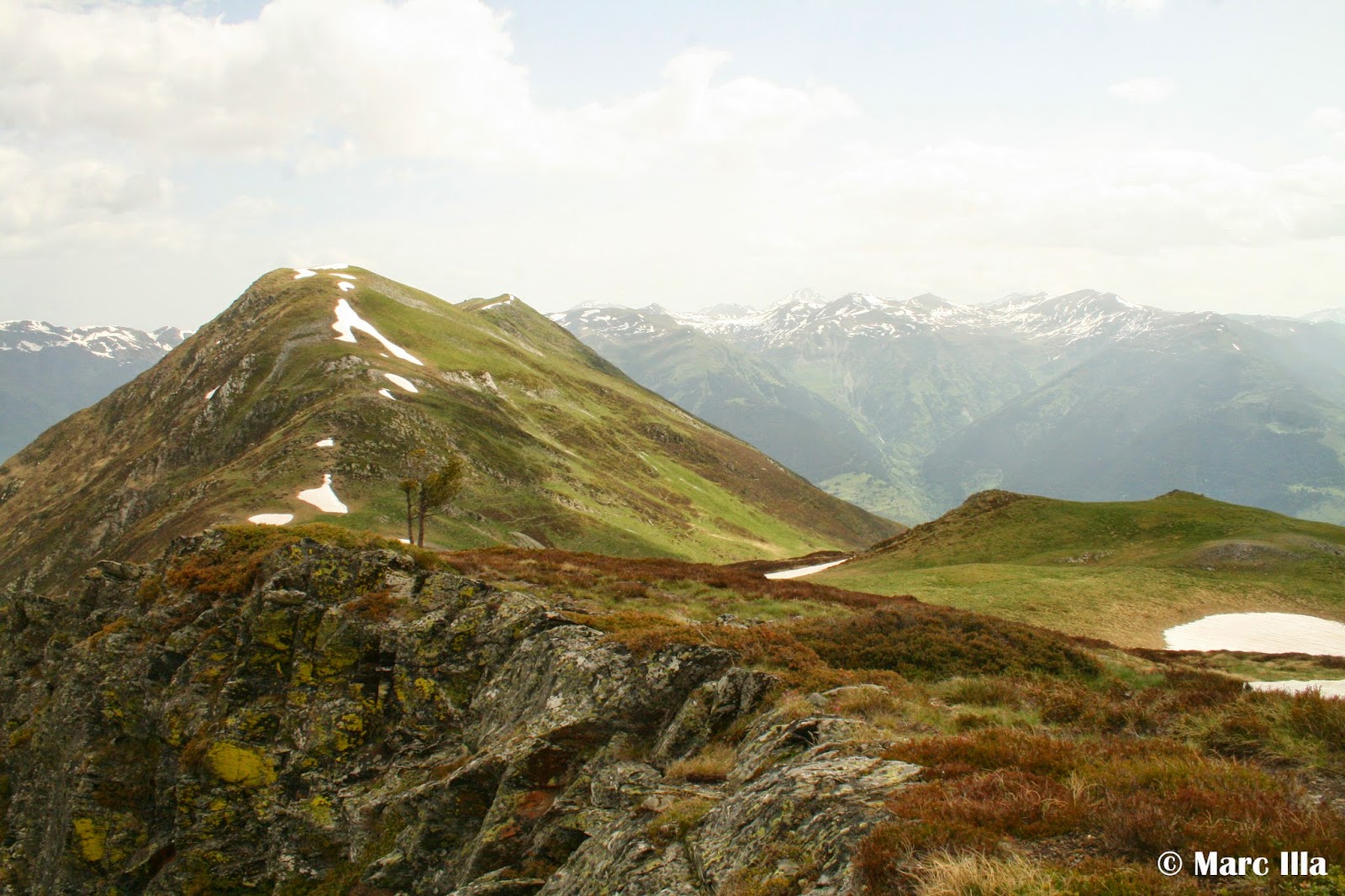 The amount of snow is always an relevant point for 'high' mountain breeders. In this part of the Pyrenees, this quantity of snow in June / July is the usual. Some years (like what happened last year), there are some 'late' snowfalls that delay the breeding season. With species like Water Pipits, you can see large flocks of birds in lower areas, waiting for the melting in late May.

Last weekend I did the last visit, already full of fledgings of all species. As I said, the breeding season has followed the usual timing. Only Bullfinches (Pyrrhula pyrrhula) had breed apparently faster than other species: I saw fledgings already in June; apart from Citril Finches (Carduelis citrinella) and Crosbills (Loxia curvirostra), that usually do an 'opportunist' breeding in lower areas in May, and then go up for the second hatching. 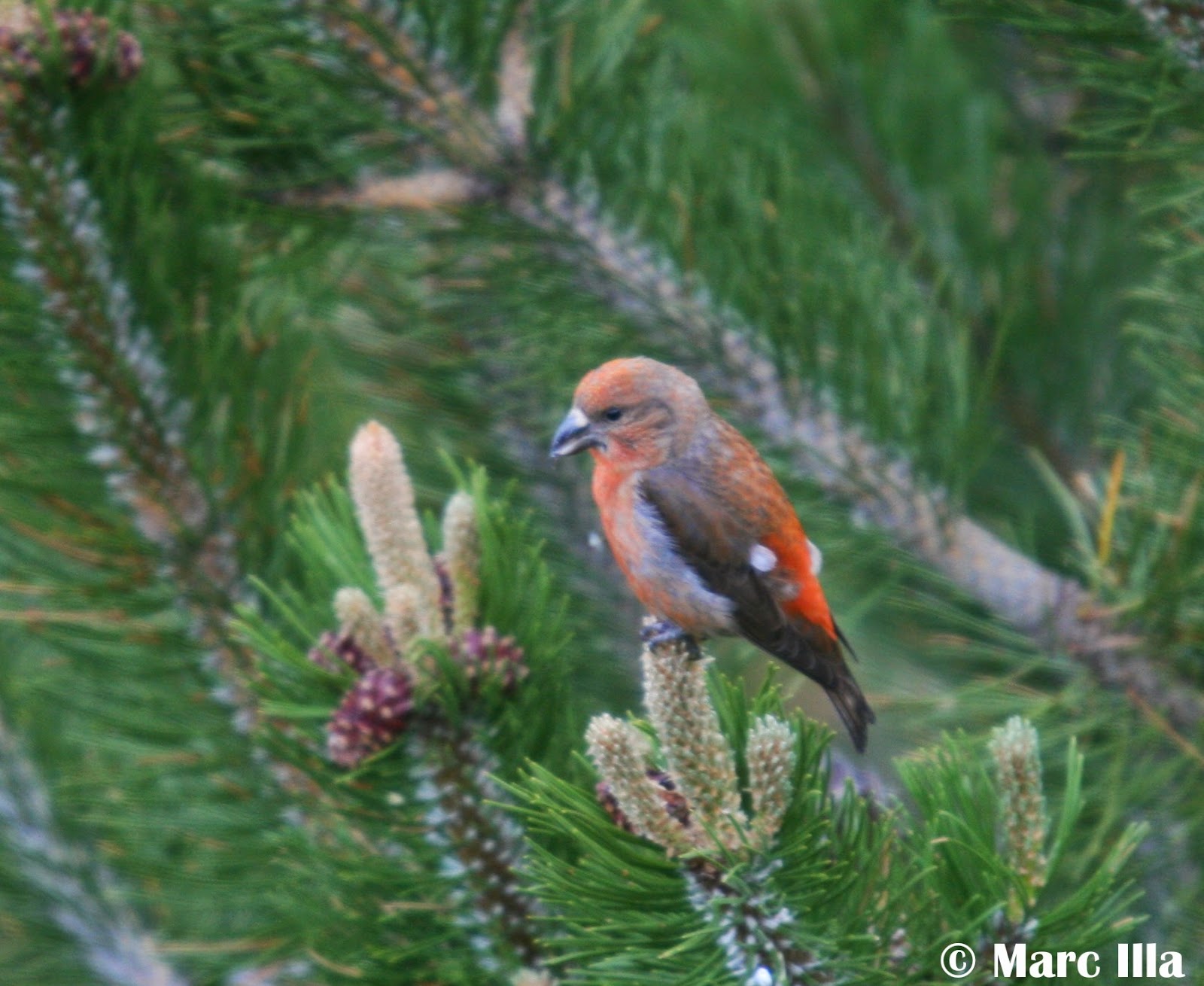 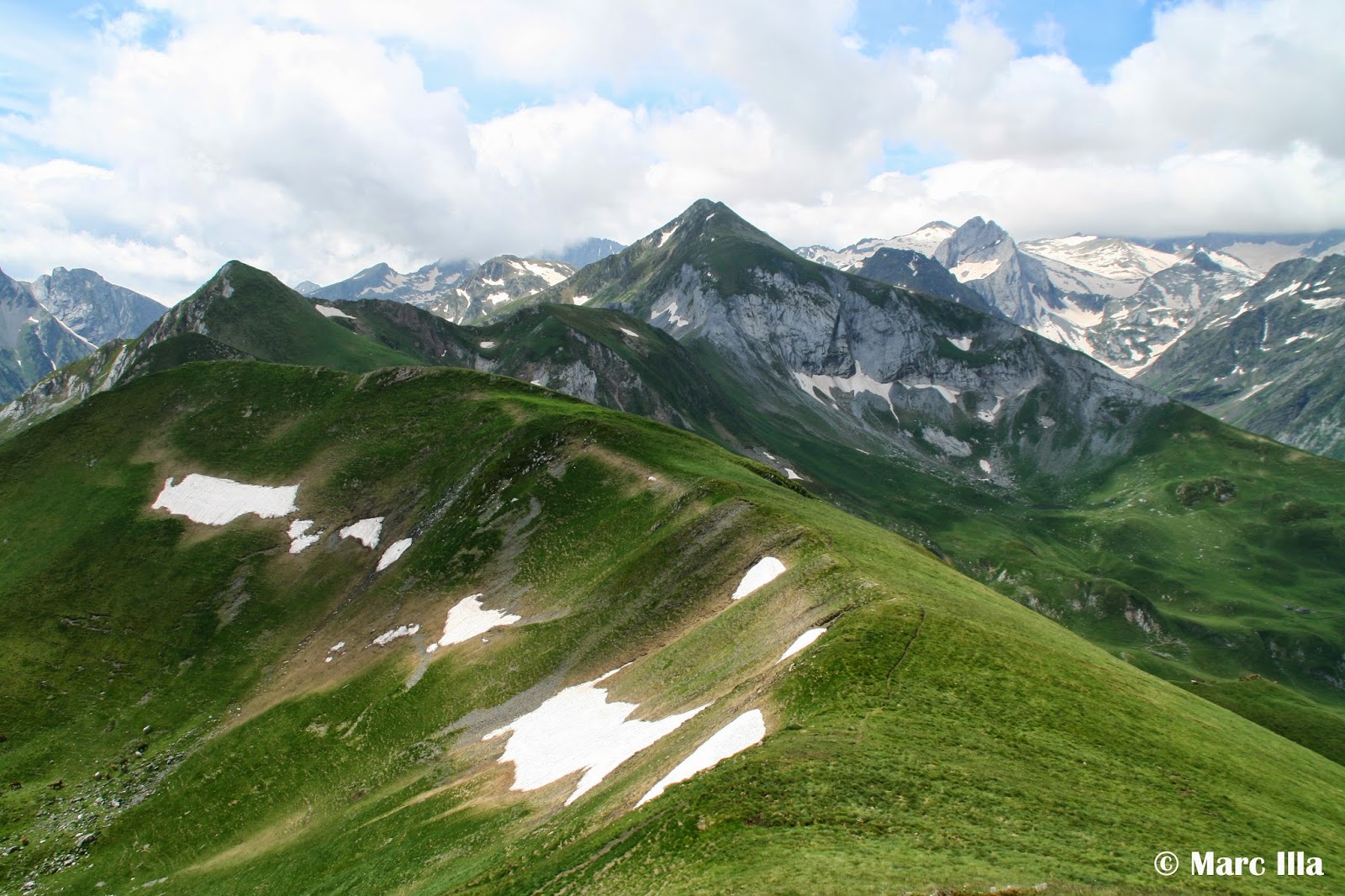 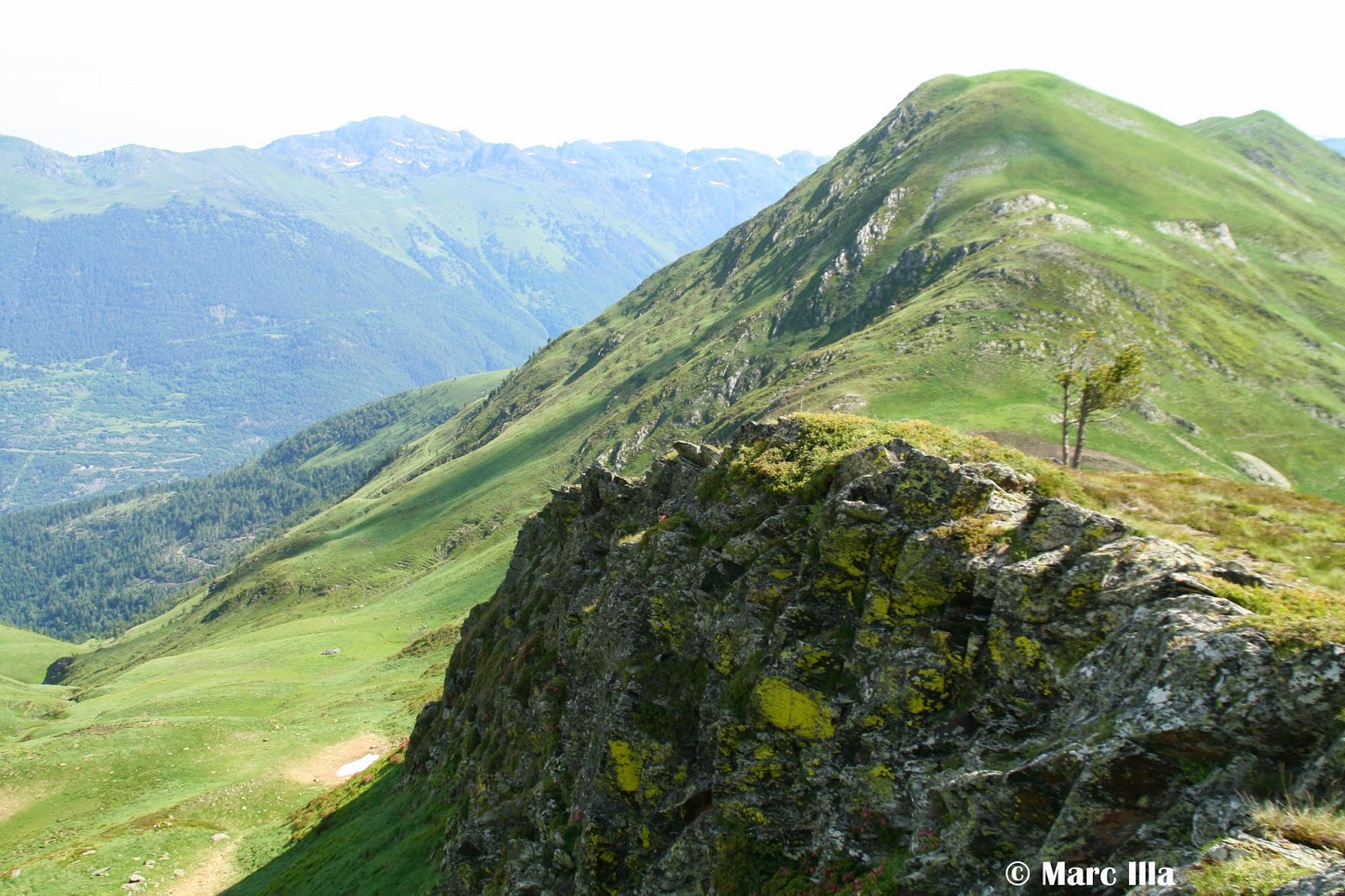 A little bit high, trees (almost) dissapear and the landscape is dominated by low mountain bushes. This is the place for Water Pipits (Anthus spinoletta), Skylarks (Alauda arvensis), Red-billed Choughs (Pyrrhocorax pyrrhocorax) and if there are some rocks around, Northern Wheatear (Oenanthe oenanthe), Black Redstart (Phoenicurus ochruros) and Rock Thrush (Monticola saxatilis). 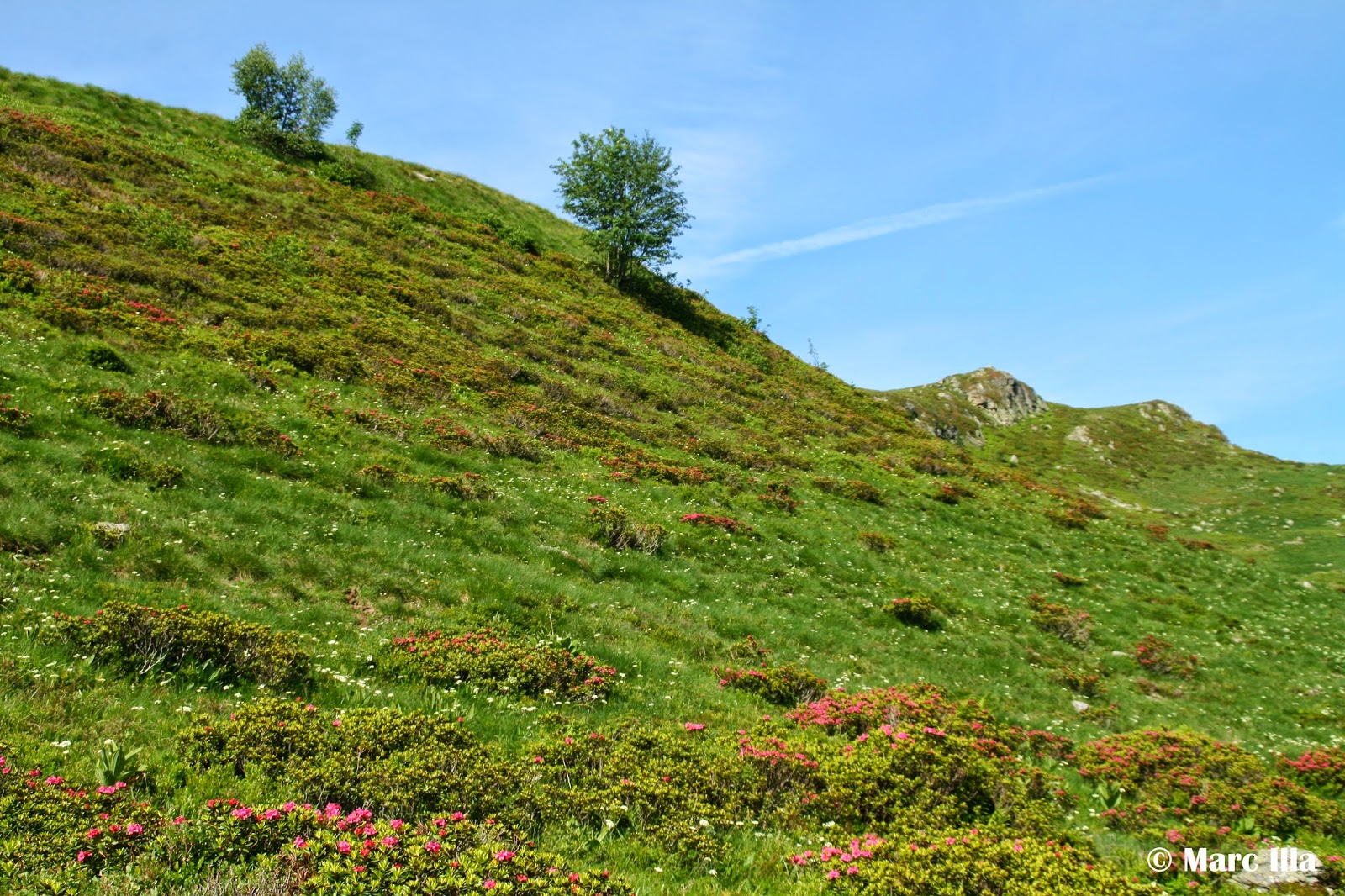 I always found Alpine Marmots (Marmota marmota) really friendly. Can you see it? 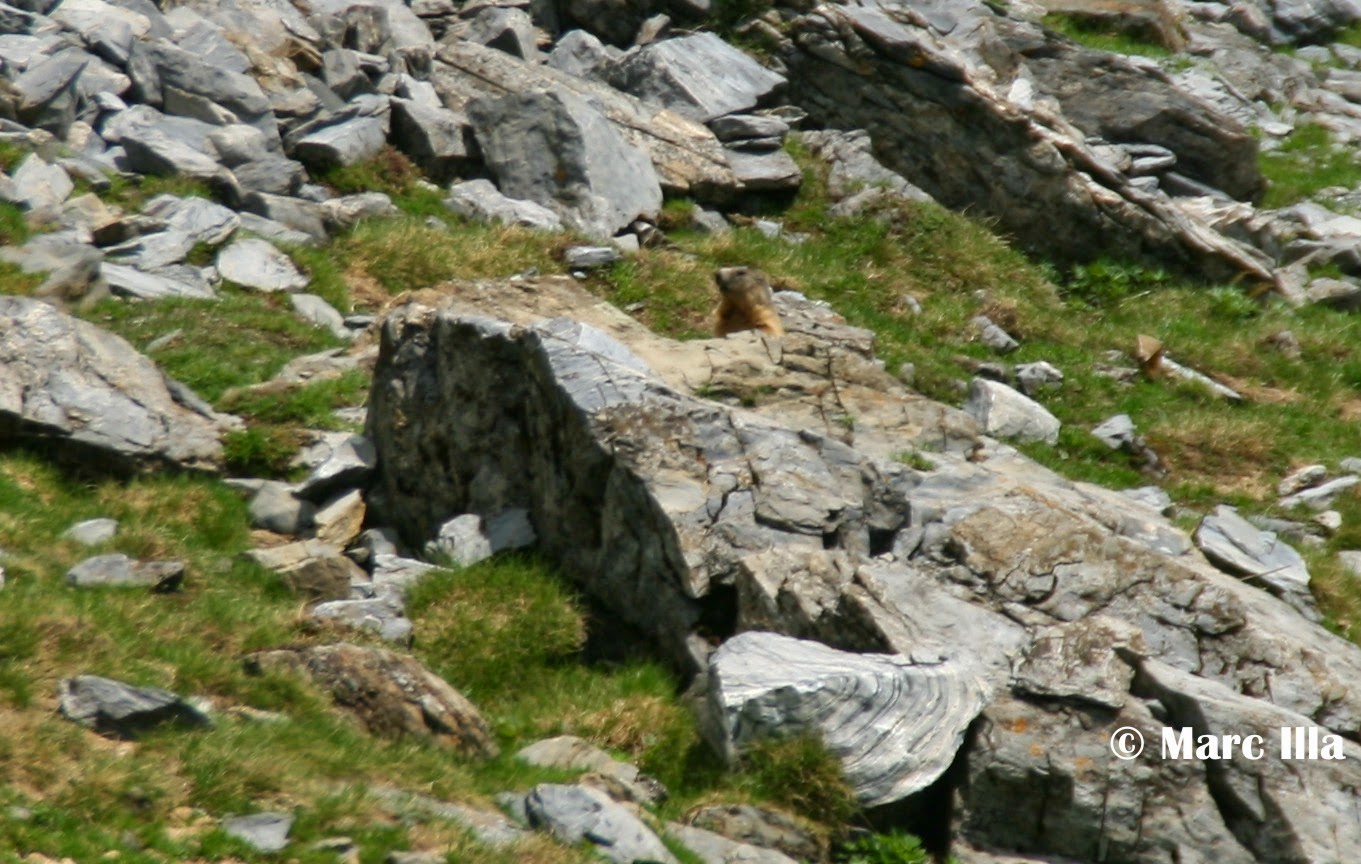 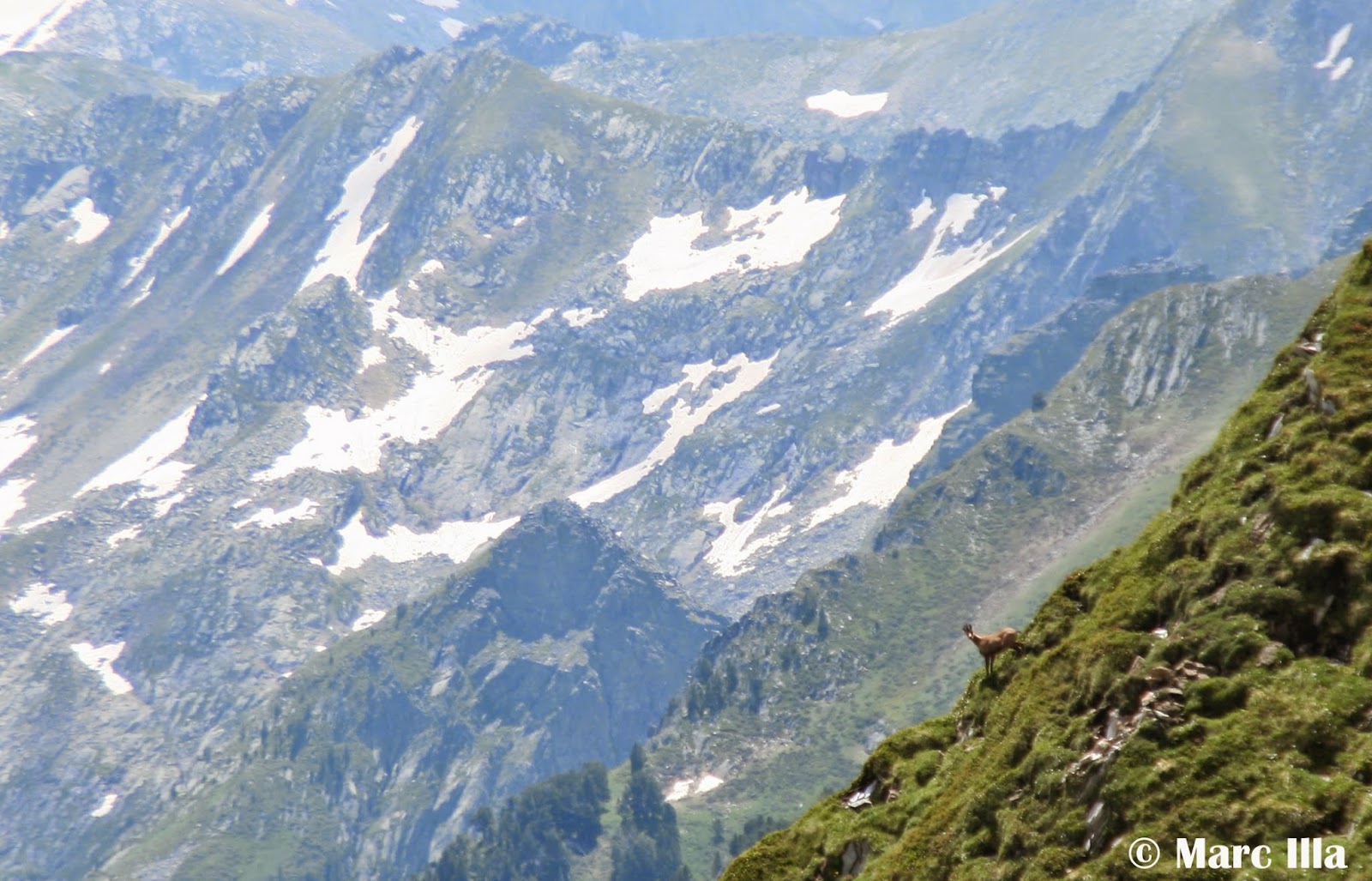 Other nice species were: 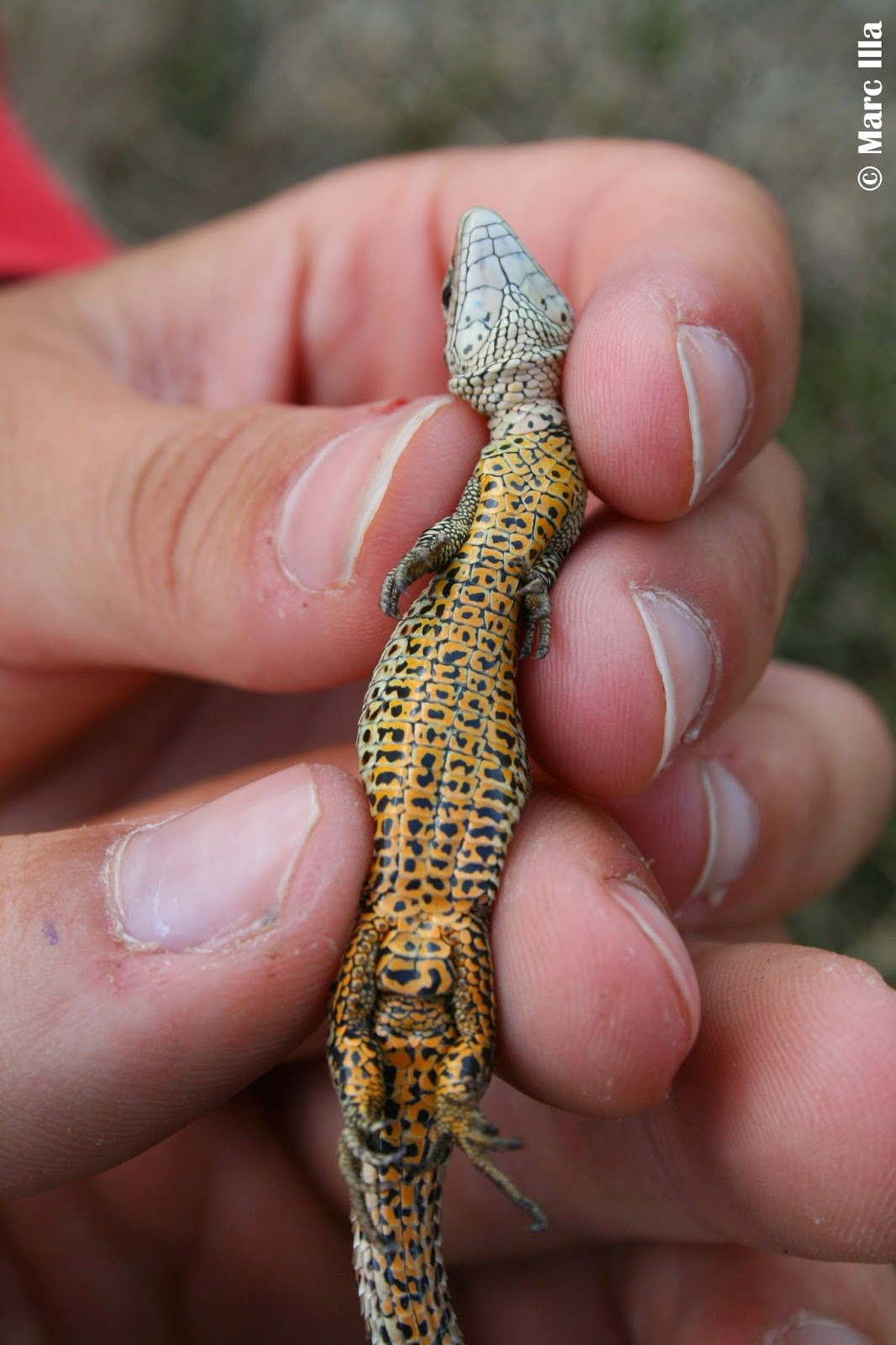 I'll end the post with three more landscape photos... this place is really amazing! I could be posting photos for hours.. :P