This nice juvenile Black Redstart (Phoenicurus ochruros), with is a scarce breeder in the lowlands, suddenly apperared when I was trying to catch the bird 2000. While I was ringing some before reach the target, it was just sitting beside me, looking what was doing. I though that would be great to ring it as the 2000 bird, and actually it was it!! 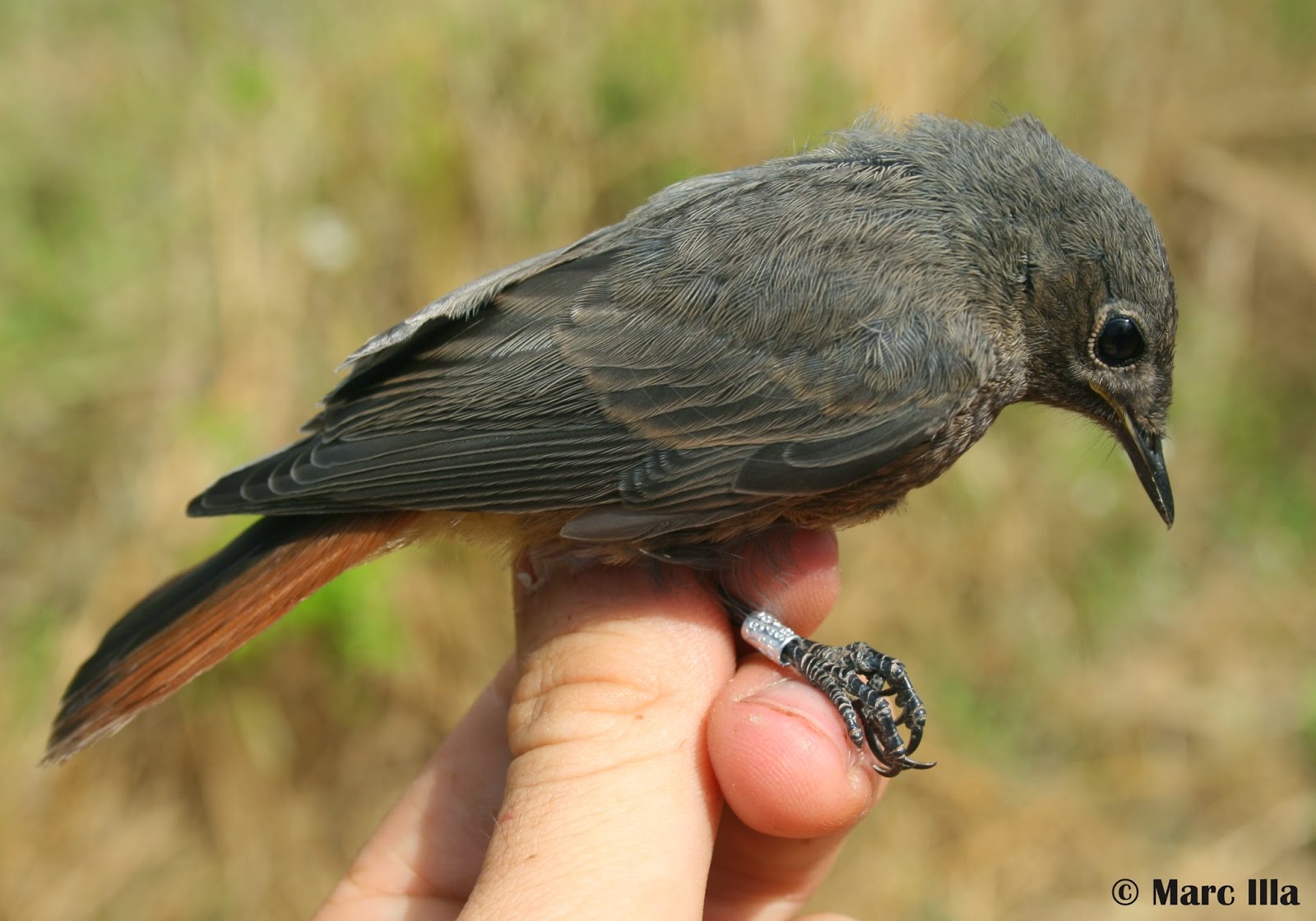 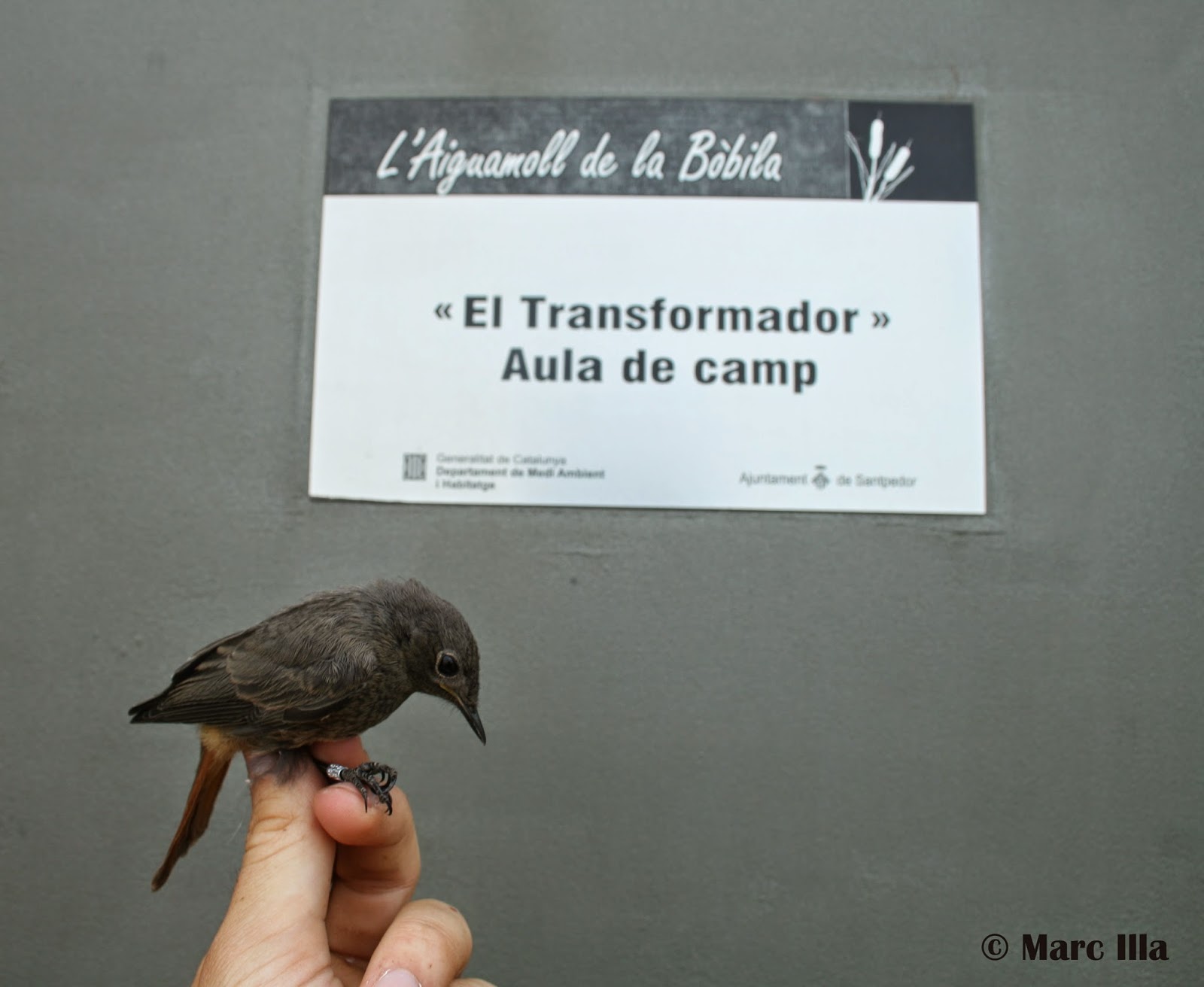 We also had this 1st-years Corn Buntings (Emberiza calandra), always with a Bobolink appearence, and starting the complete postjuvenile moult. 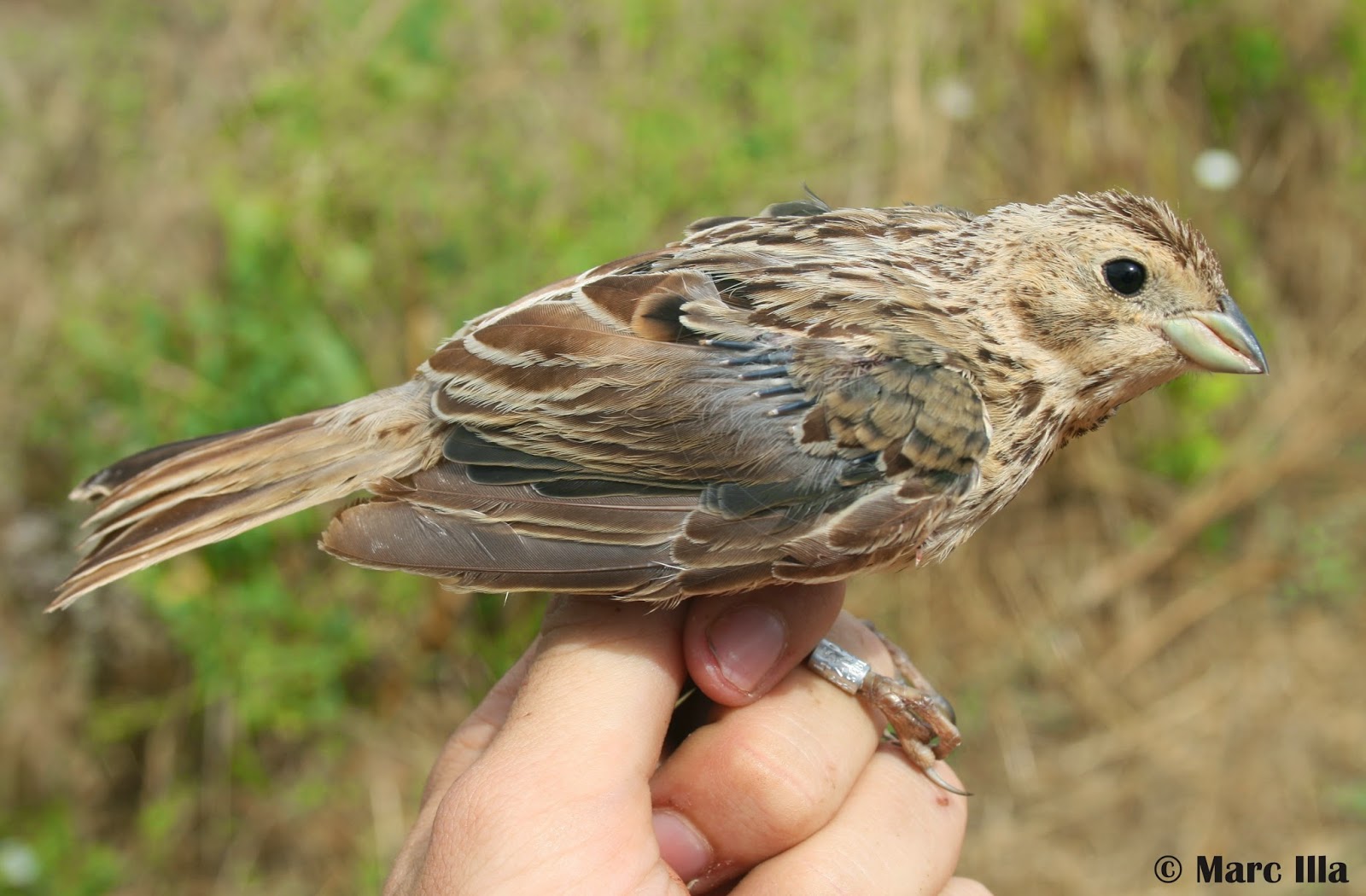 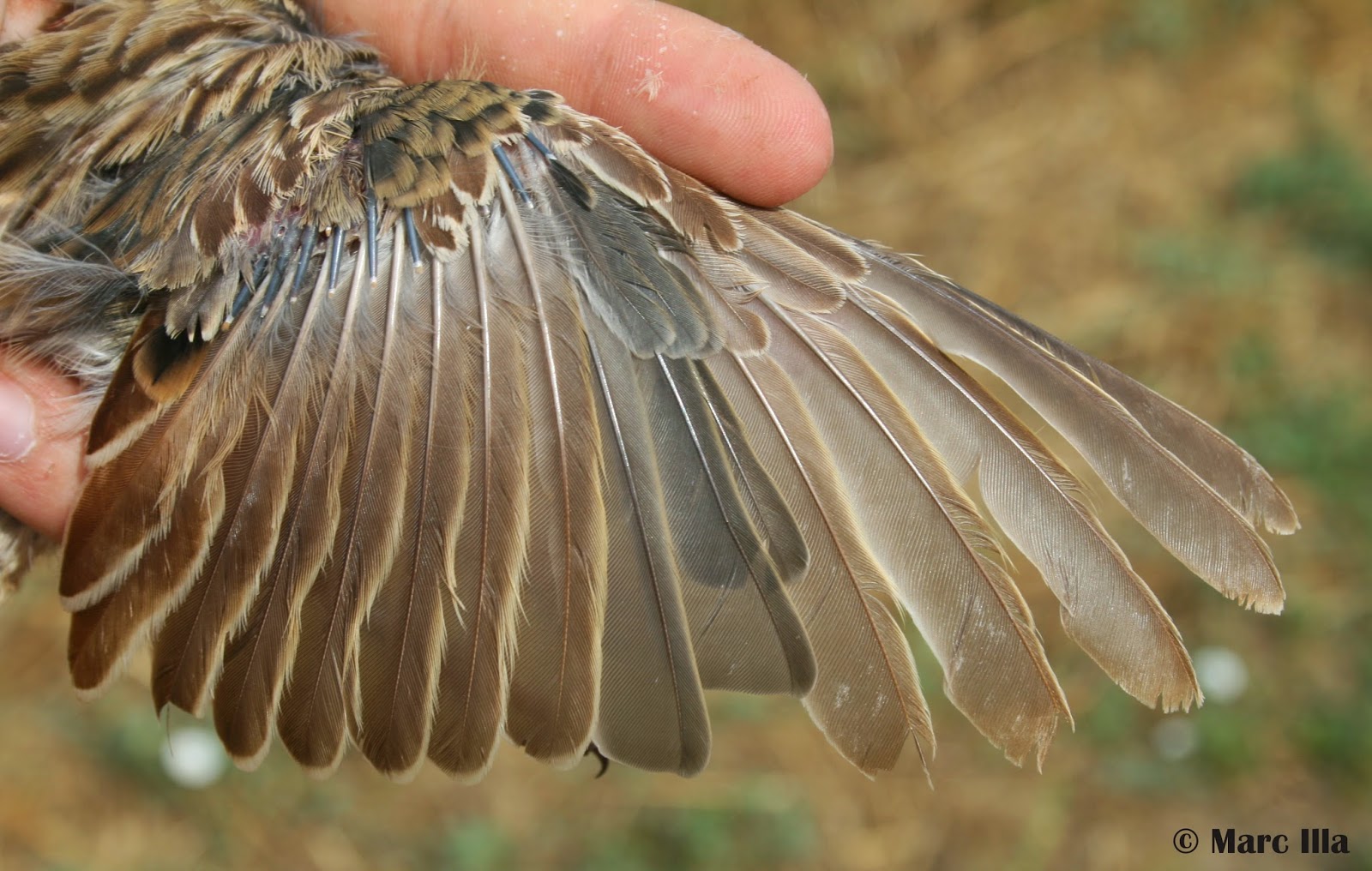 The last species to be added to the total list was an unexpected Common Swift (Apus apus) that was found on the floor, nobody knows why. I threw it away after ringing and it flew perfectly, and by this time maybe he is already crossing the sea...
This nice Bee-eater (Meroops apiaster) was also caught some days ago. They're always amazing birds to handle, and yeah, it could had been the 2000 bird, but I'm still really happy with the redstart!
Here you have the ringing totals, up to date:

Many thanks to everybody that has made this possible!!
Posted by Marc Illa at 5:59 AM