We had some busy days in Flommen with more than 100 birds, mainly Reed Warblers (Acrocephalus scirpaceus). We even beat the average!, but today is the third day in a row that we can't ring anything, so if we don't have massive captures next days, we won't be able to reach the average again!
The 'real' migration started just before this rainy and windy days, with already thousands of Tree Pipits (Anthus trivialis), Common Swifts (Apus apus) and hundreds of Yellow Wagtails (Motacilla flava) flying over during all day. We managed to catch some trivialis and the first flava for the season. 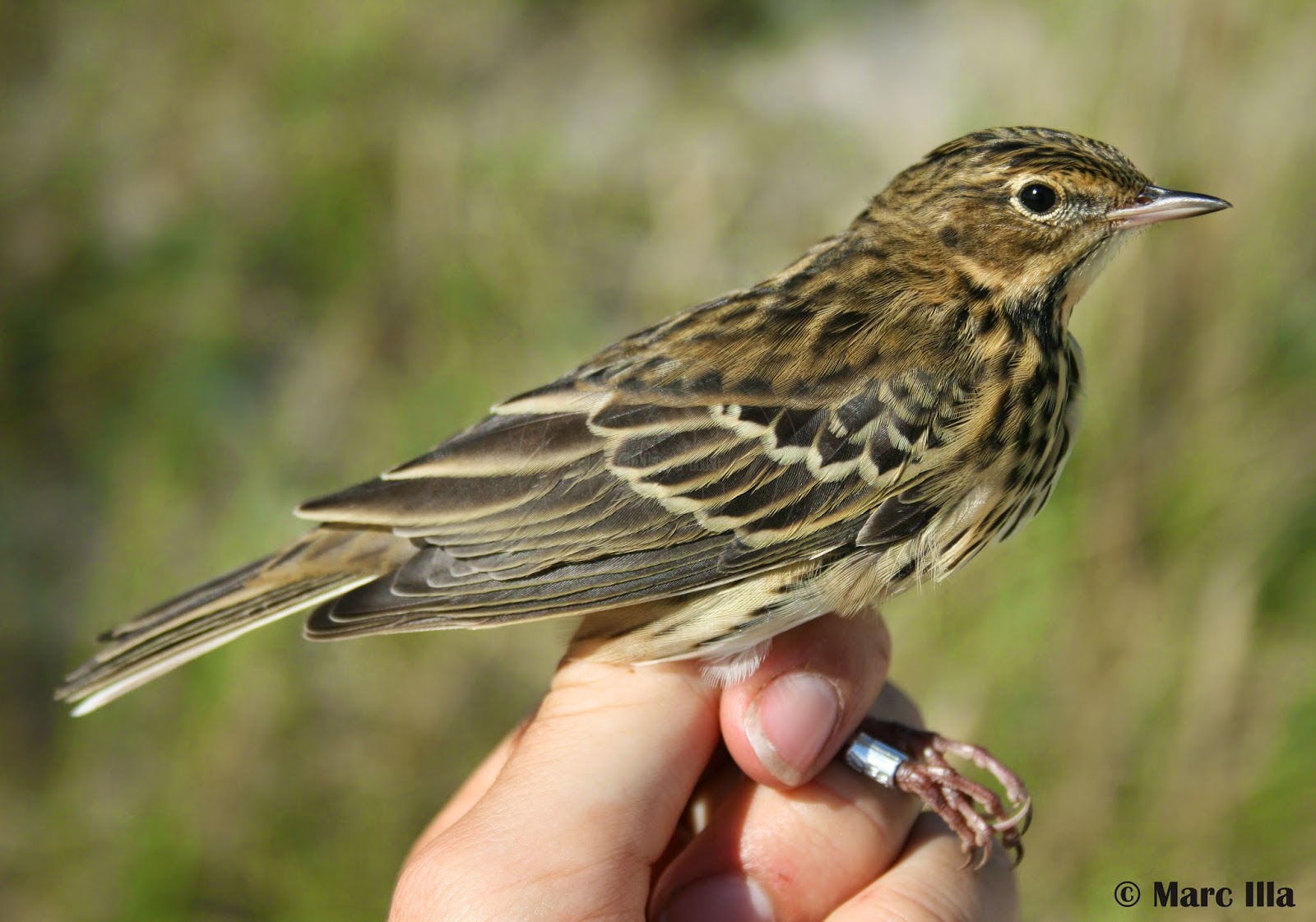 As I said, we had a lot of birds to ring these days, but not many variety. Apart from the usual Acrocephalus species (we have ringed more than 100 Marsh Warblers this season, by the way), we had 2 Grasshopper Warblers (Locustella naevia) and the usual stuff like Common Whitethroat (Sylvia communis), Barn Swallow (Hirundo rustica)... 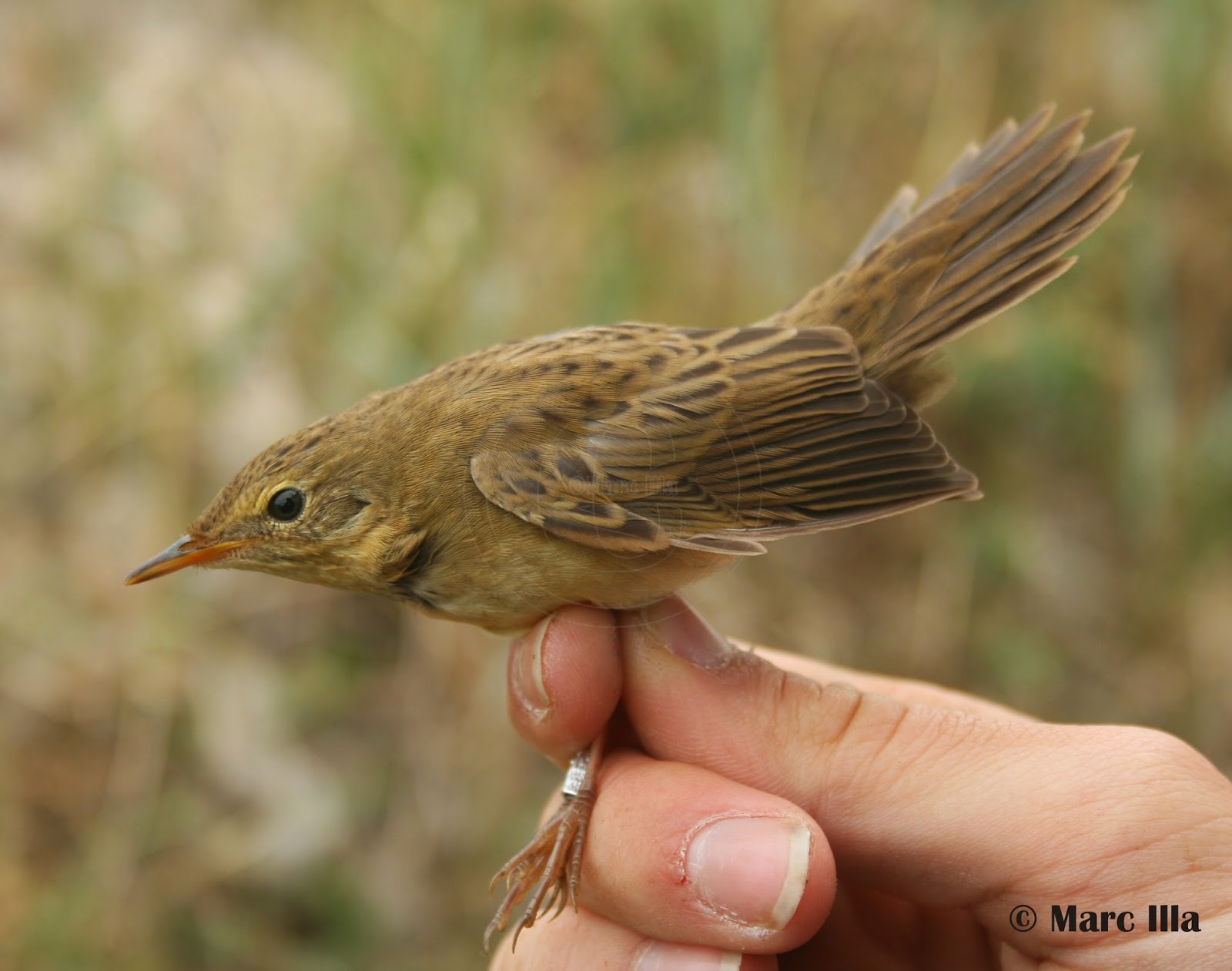 In fact, the only 'unusual' birds we trapped were 2 Water Rails (Rallus aquaticus). One of them, defined as a 'Hedgehog-like' by Peter Olsson, was an adult doing its postnuptial moult. Water Rails do a complete postbreeding moult that is simultaneous, and they finish it in 2-3 weeks (while they're flightless). The thing that surprised me more was that it was moulting all wing (primaries, secondaries, all coverts, alula...) at the same time!!, giving this 'skeleton' impression. 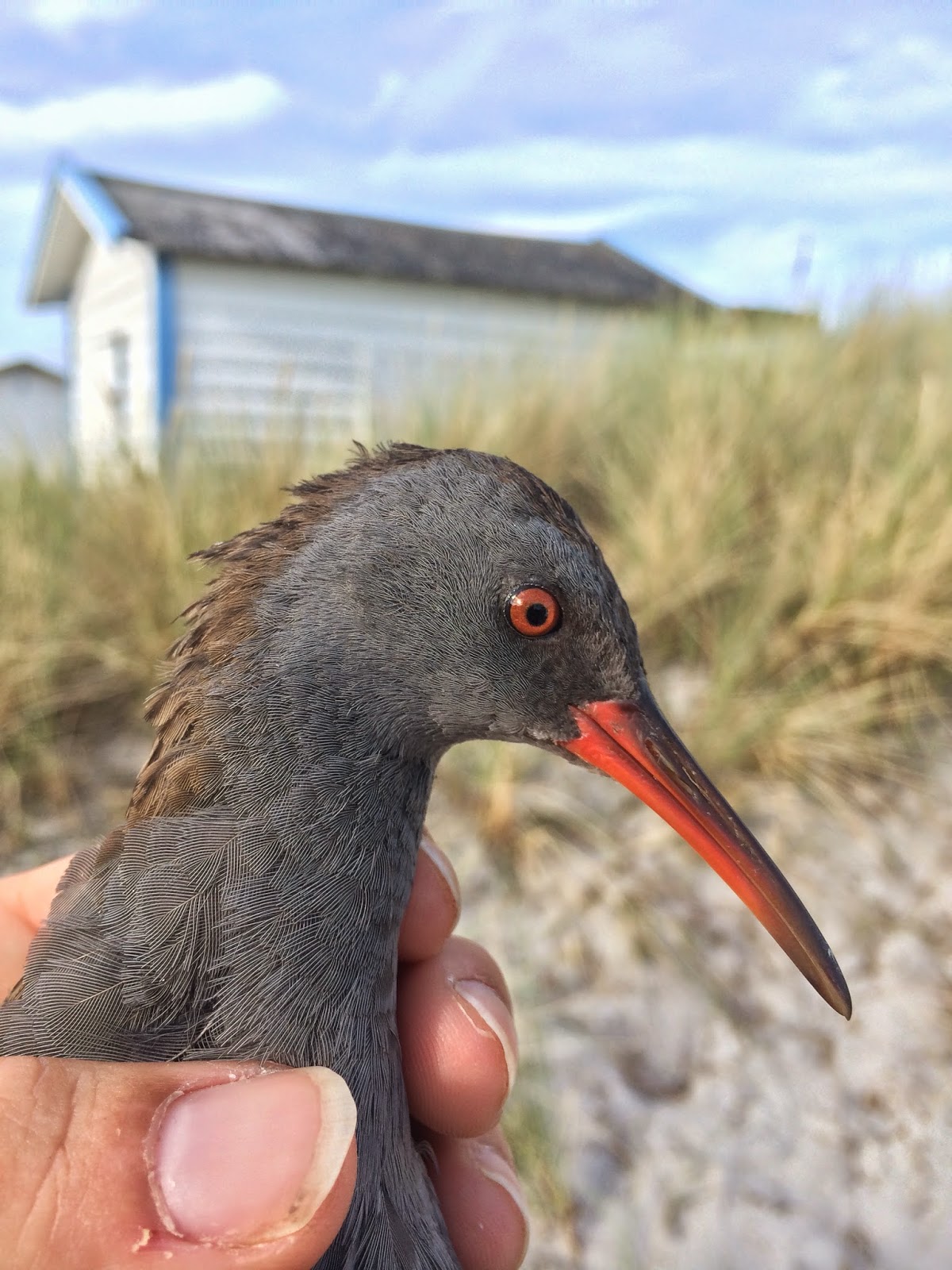 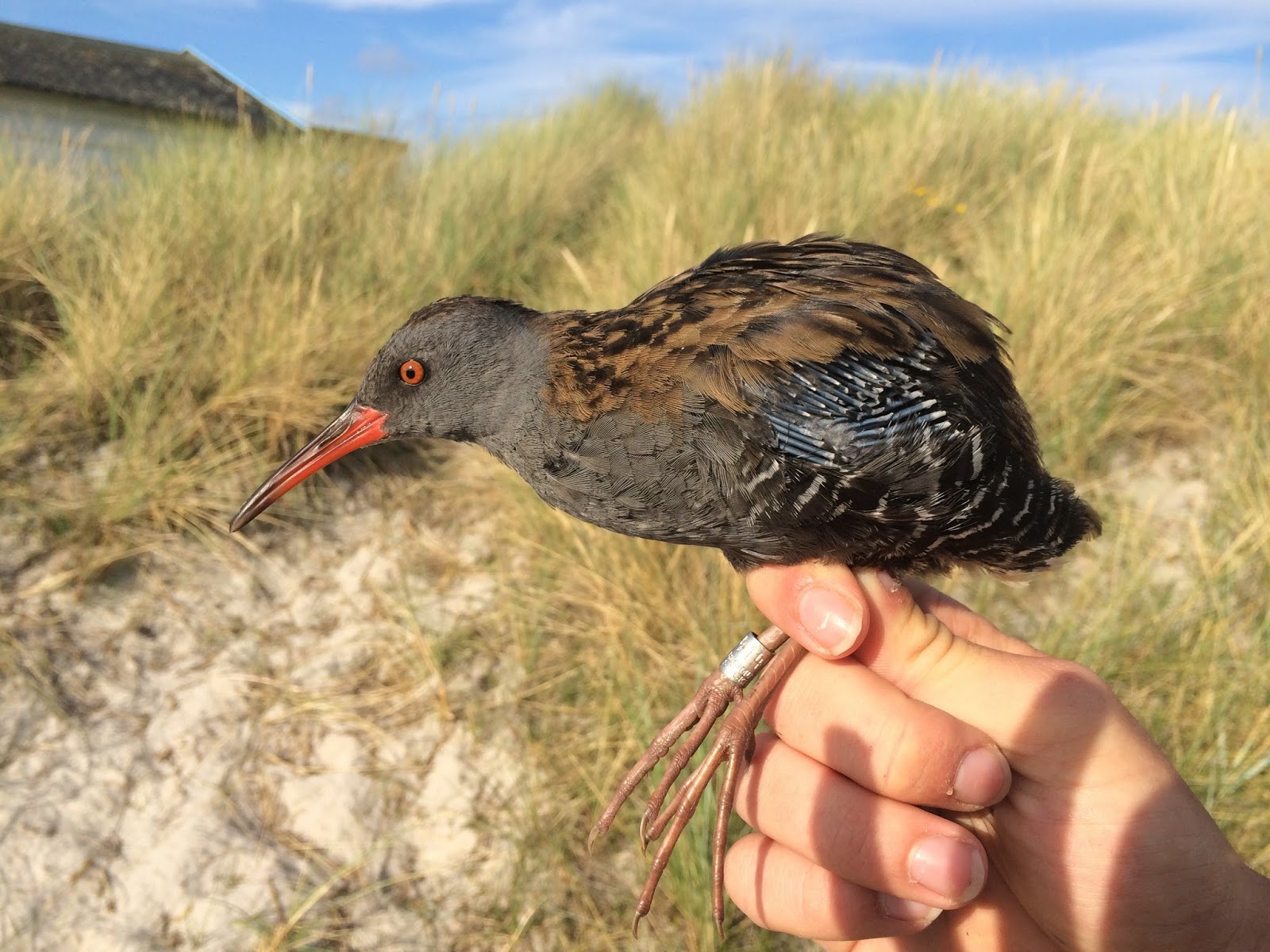 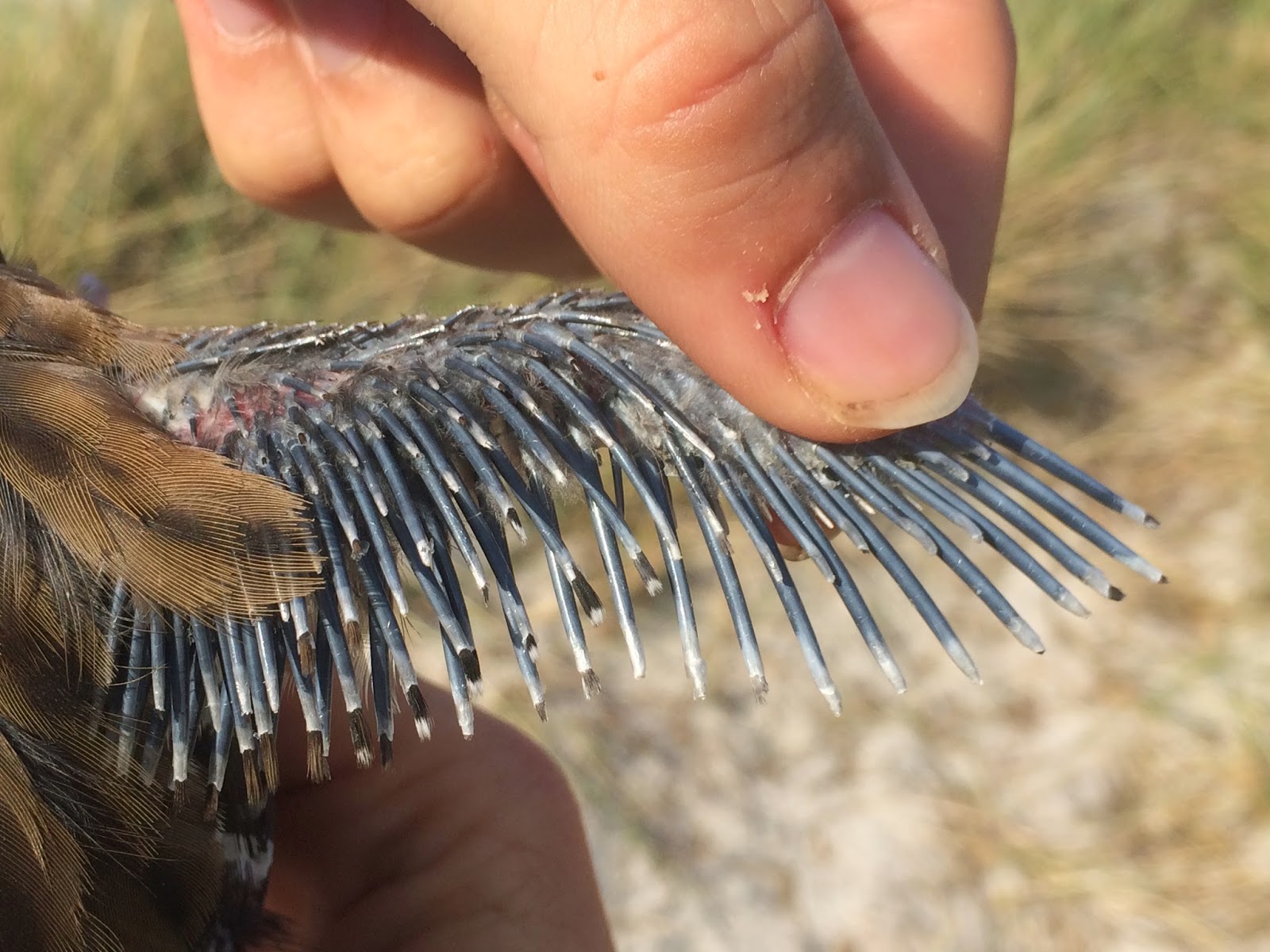 Then, we trapped another adult, that hadn't started the moult yet. For me it looks like a second-year (EURING 5): 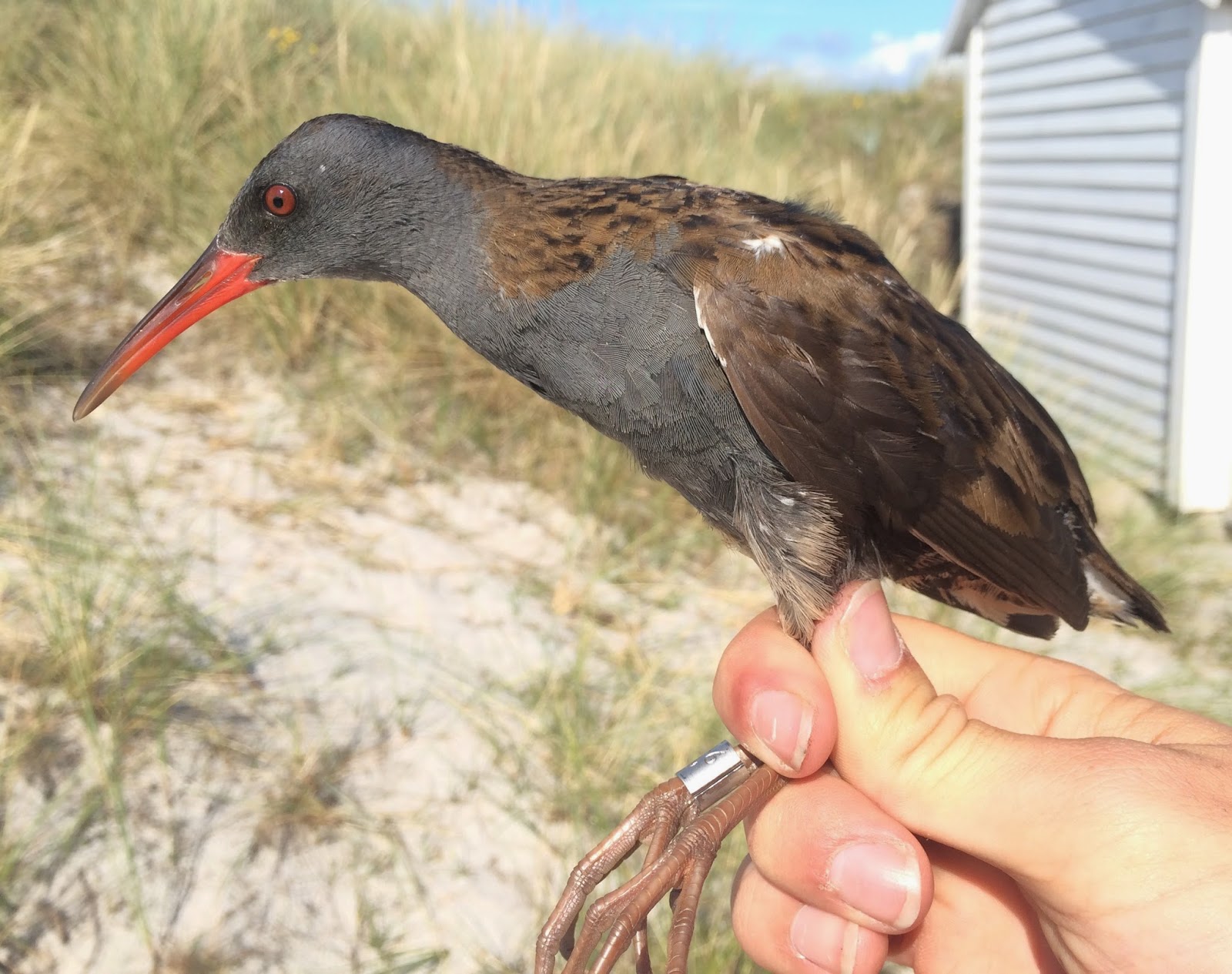 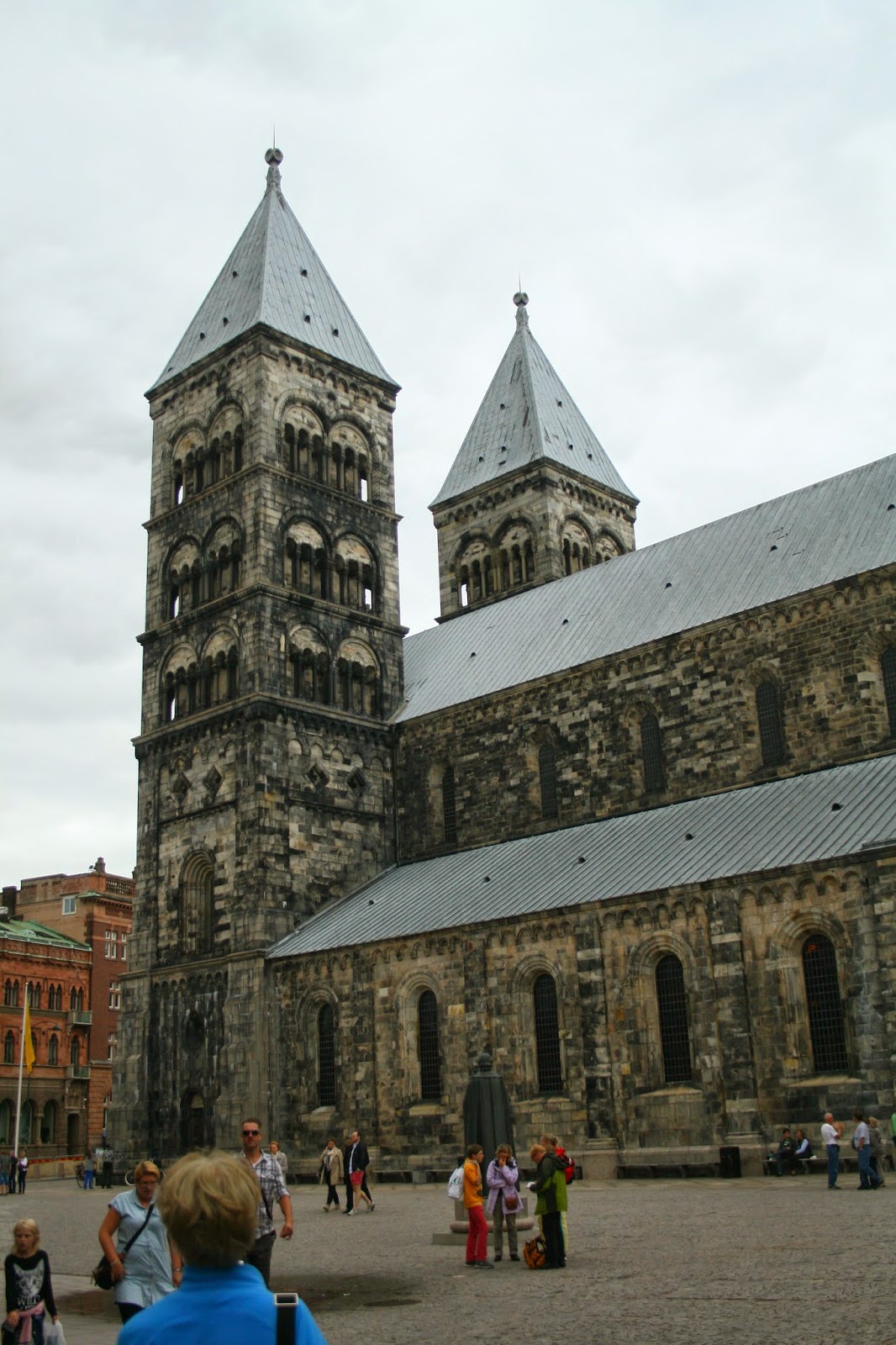 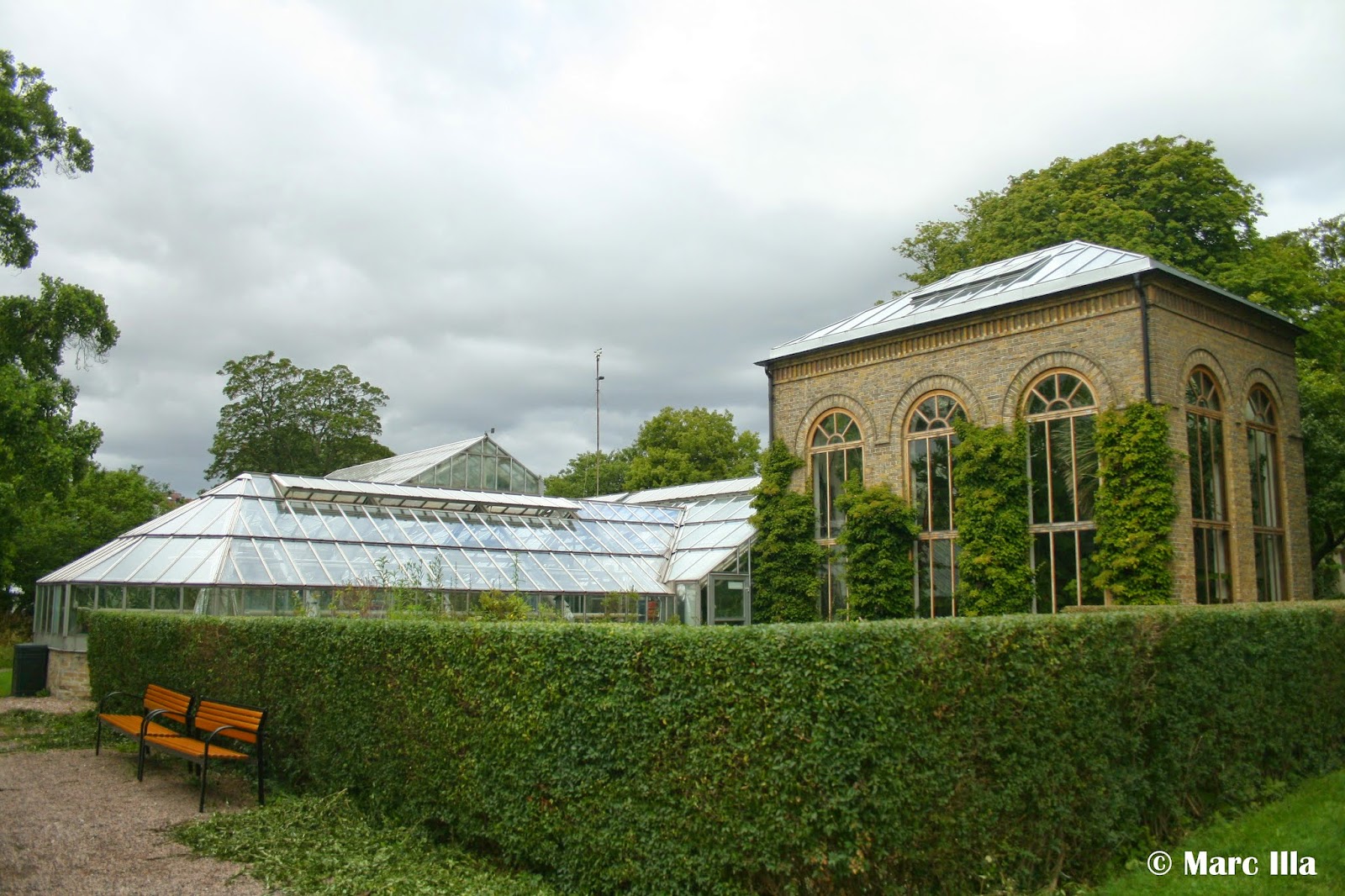