Since I came back home, and as I also did last year, I started a ringing campaign in my usual place: l'Aiguamoll de la Bòbila. The 'start of the season' was nice, with 62 birds ringed, but it turned to be really slow the next mornings. Here, transaharan species are still the commonest migrants, and just the firsts presaharans are appearing. During my lasts days in Falsterbo, Robins (Erithacus rubecula), Chaffinches (Fringilla coelebs), Goldcrests (Regulus regulus) and some other 'October birds' were already everywhere. I've 'won' an extra month of migration!
Fortunately, we had some rainy days that changed the routine!
We managed to trap 4 Bluethroats (Luscinia svecica) in one morning, which in very nice for this inland place! All of them were first-years, three males and one female. 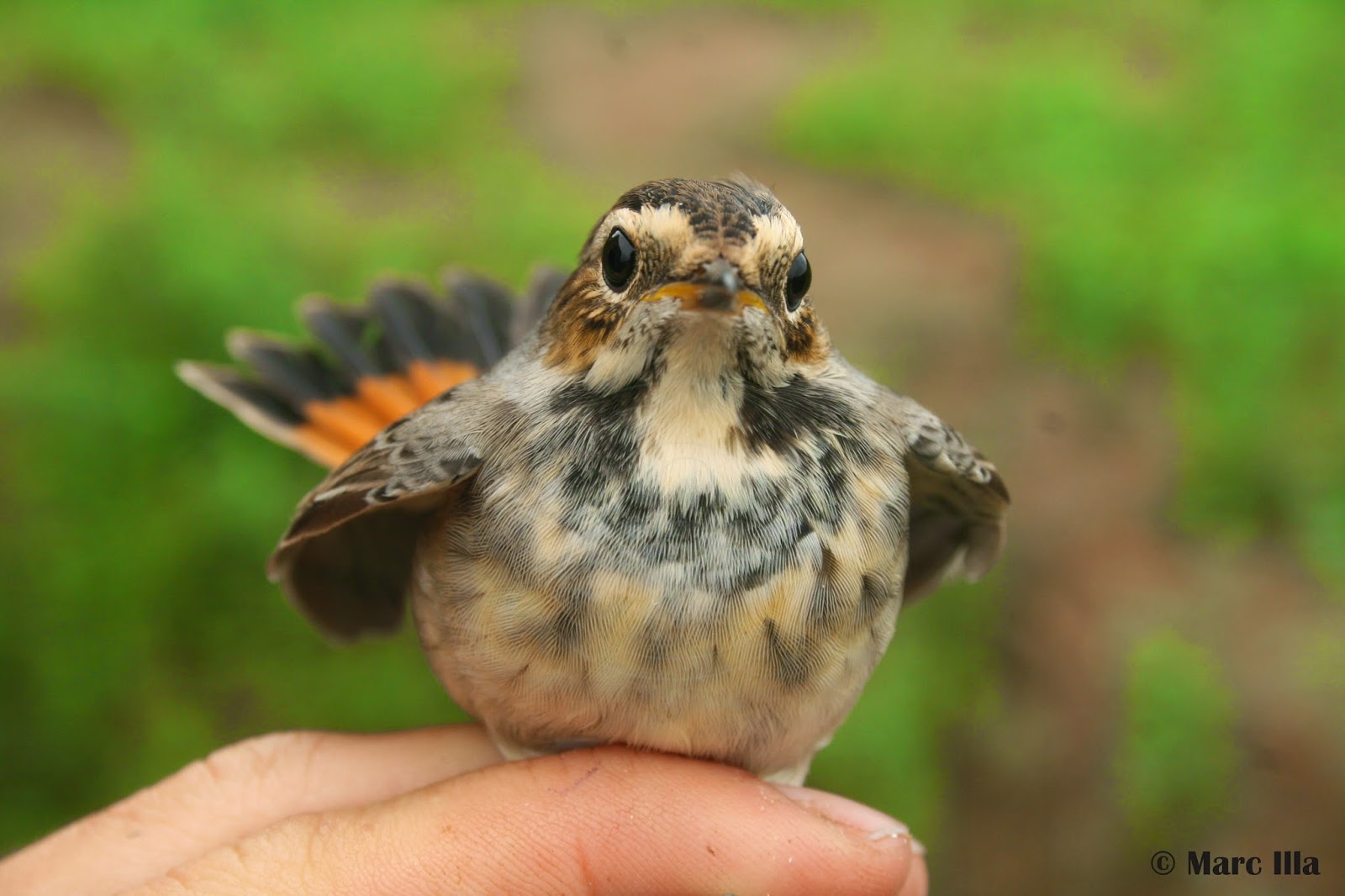 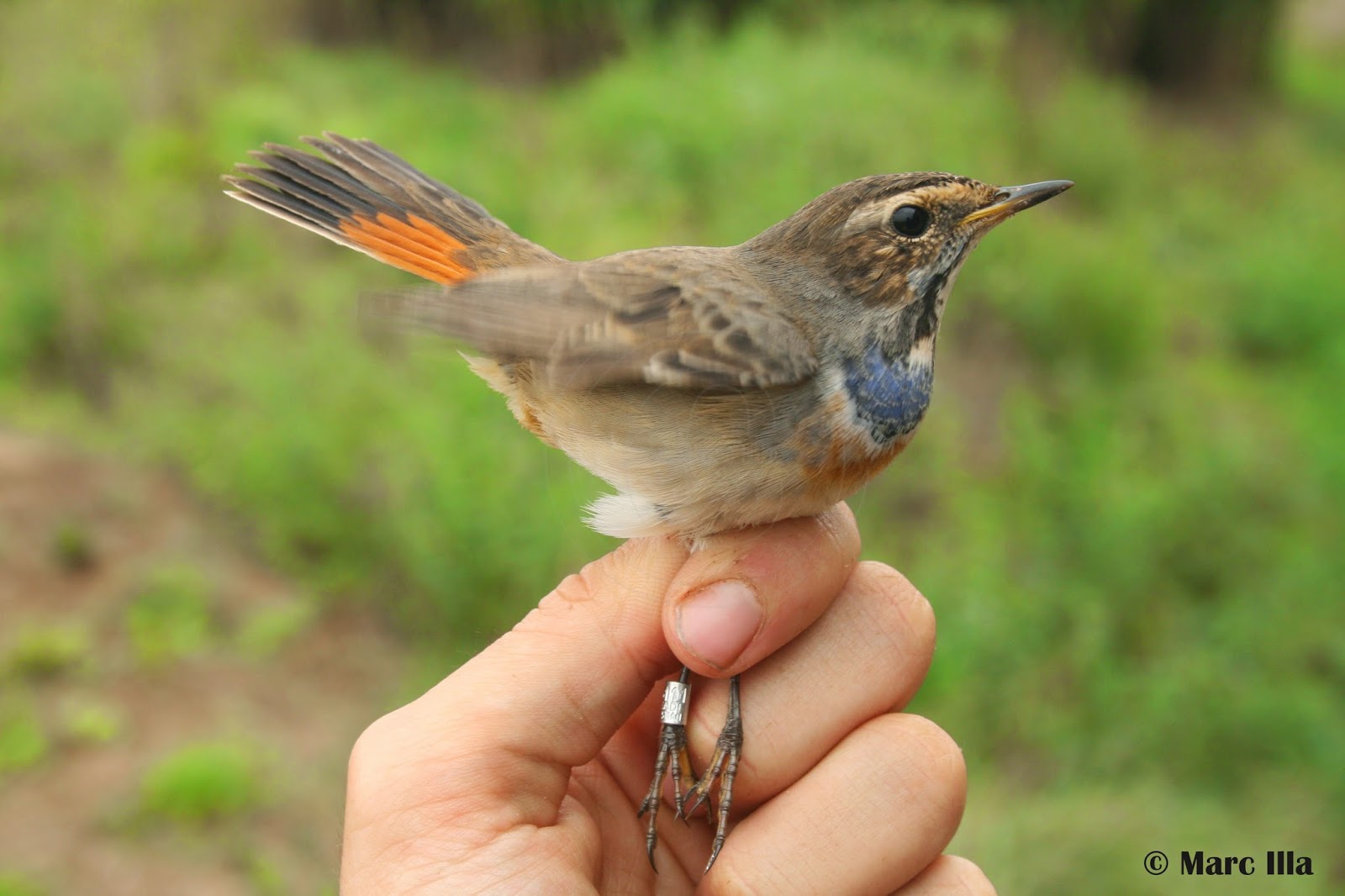 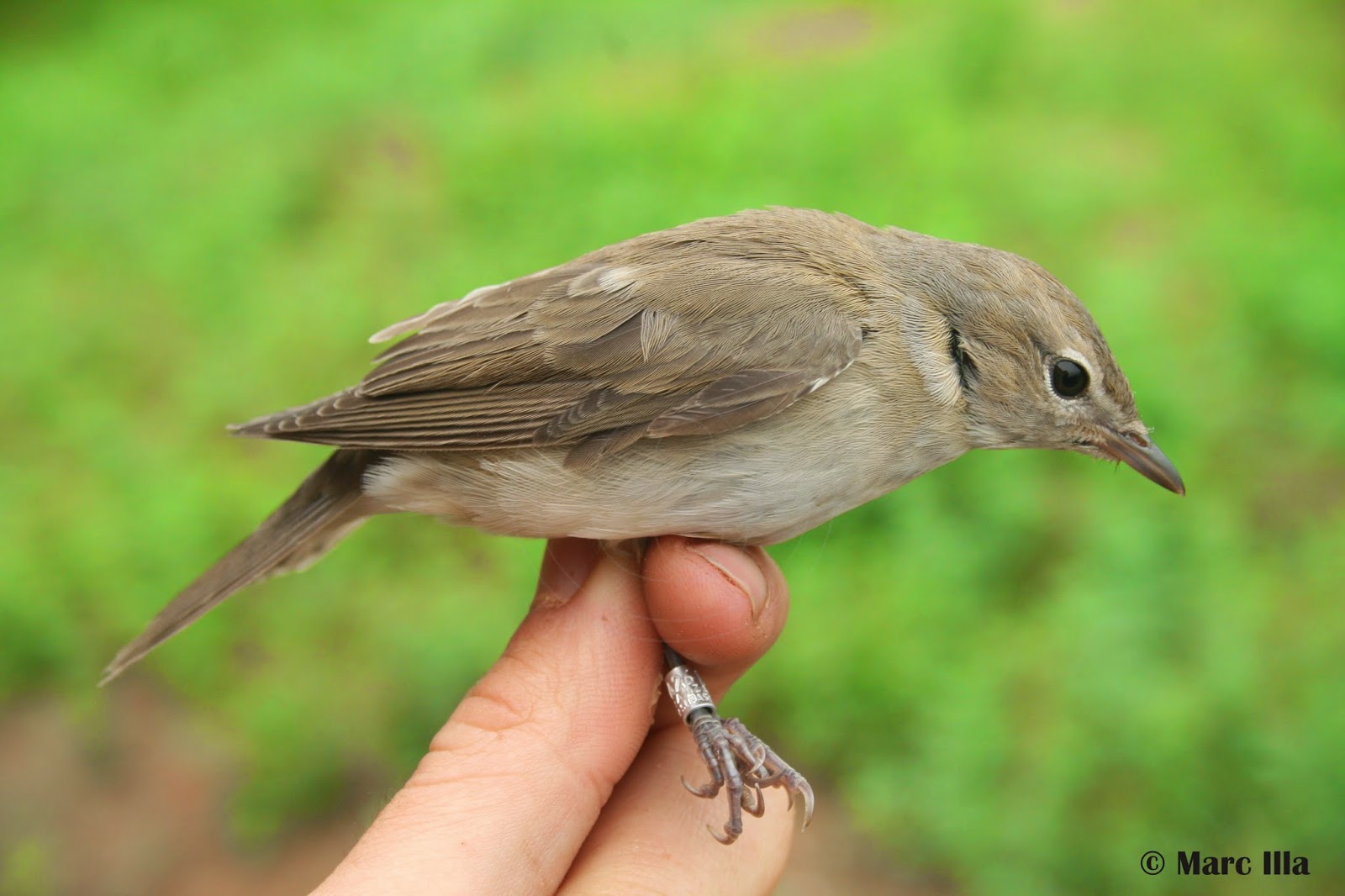 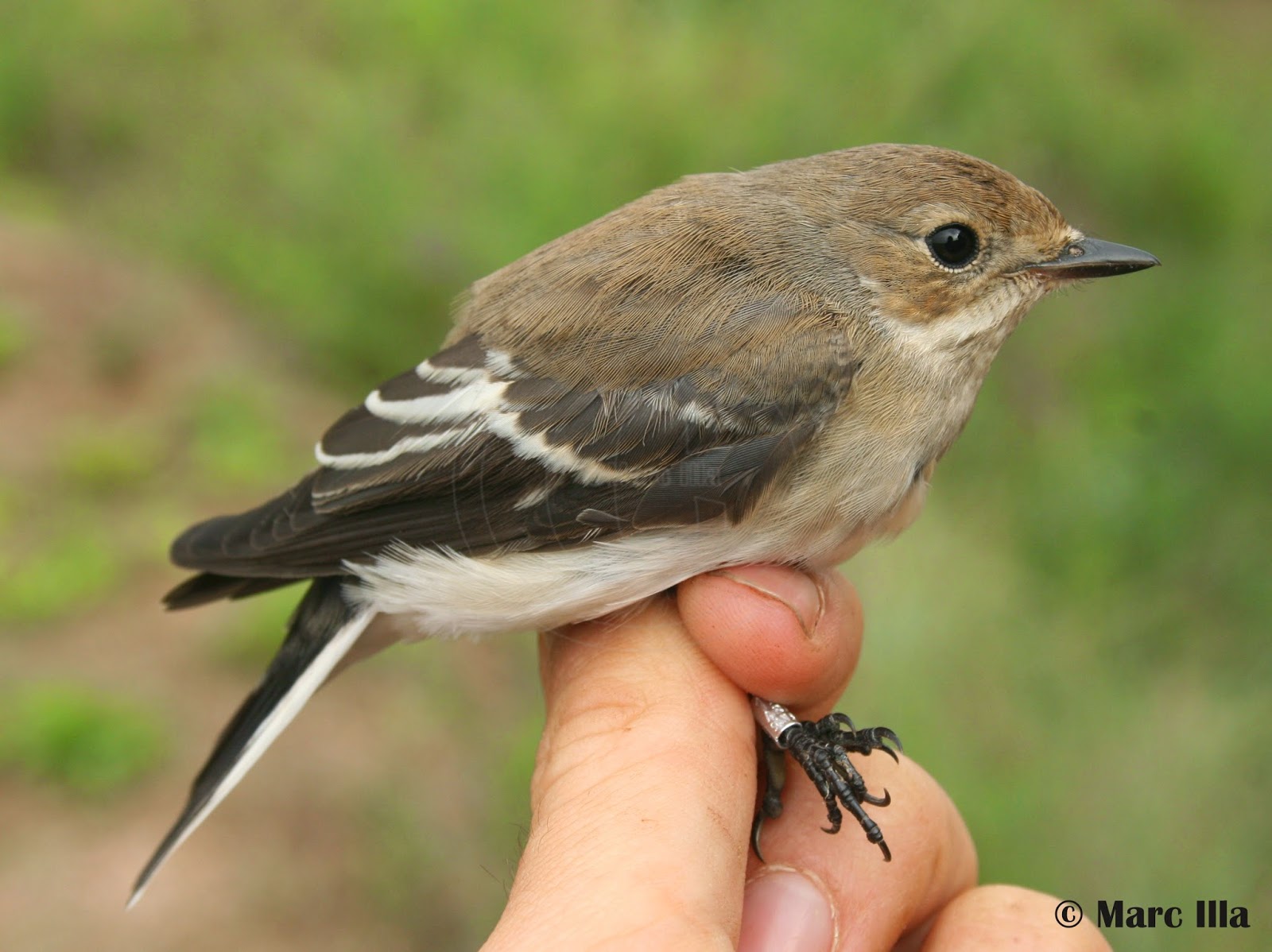 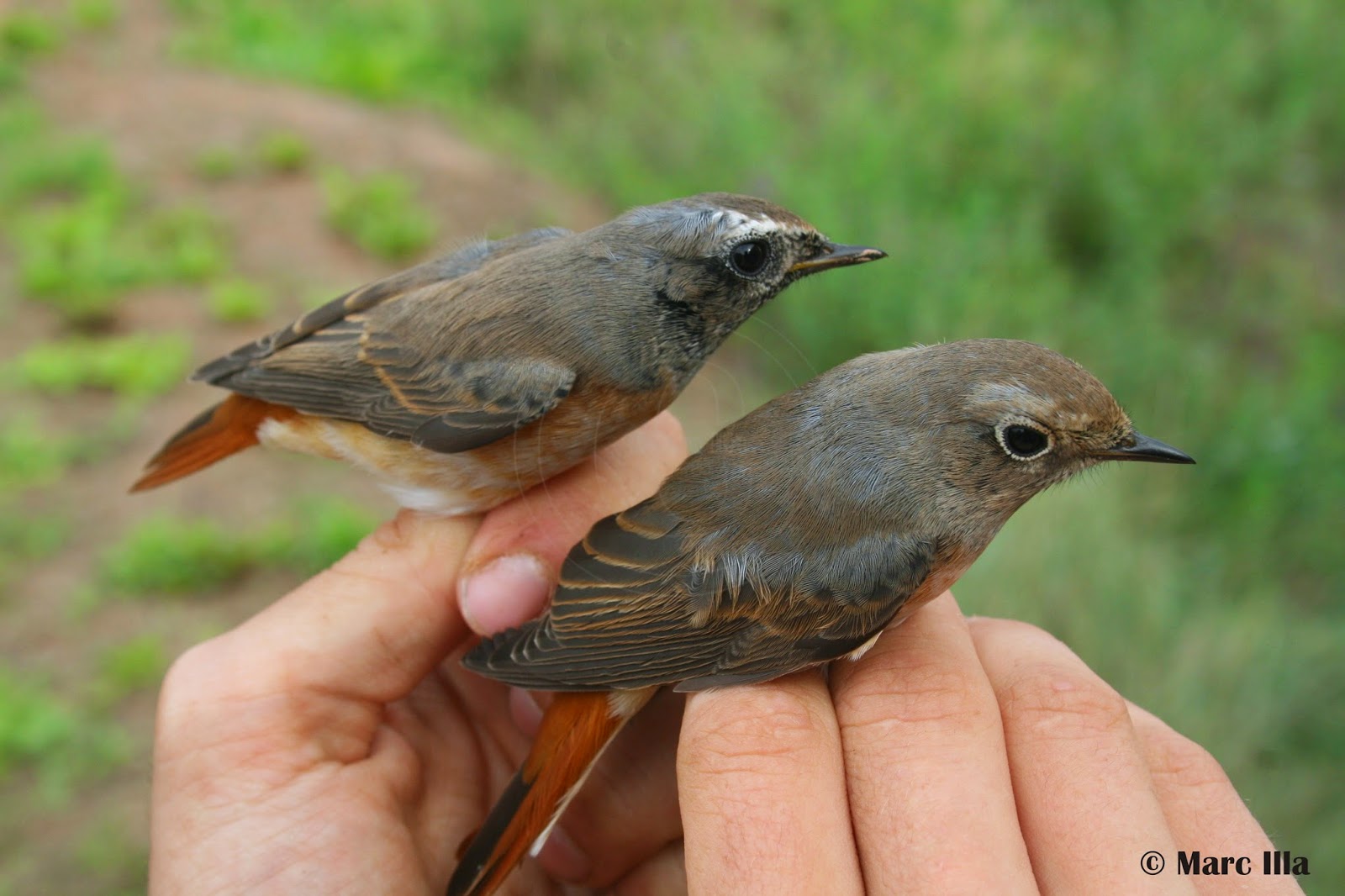 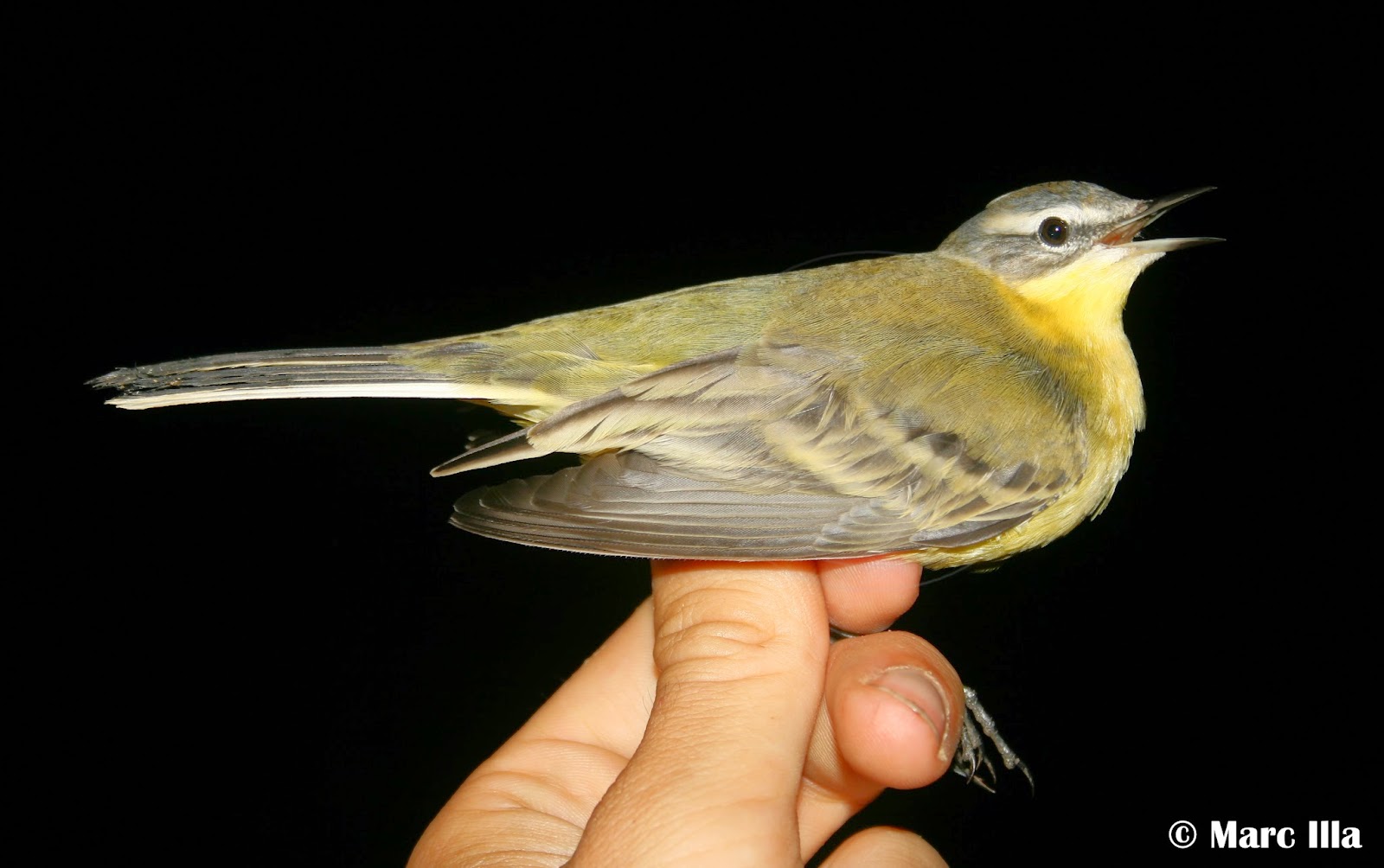 And as it should be, first Robins (Erithacus rubecula) are here already!

Some local birds were also really interesting. This would sound weird, but I was starting to miss a Cetti's Warbler (Cettia cetti) messed up in the nets...
Between the local birds, there are two species that their numbers fluctuate heavily between years, mainly depending on the harshness of the winter. They are Sardinian Warbler (Sylvia melanocephala) and Zitting Cisticola (Cisticola juncidis). Both moulting primaries... 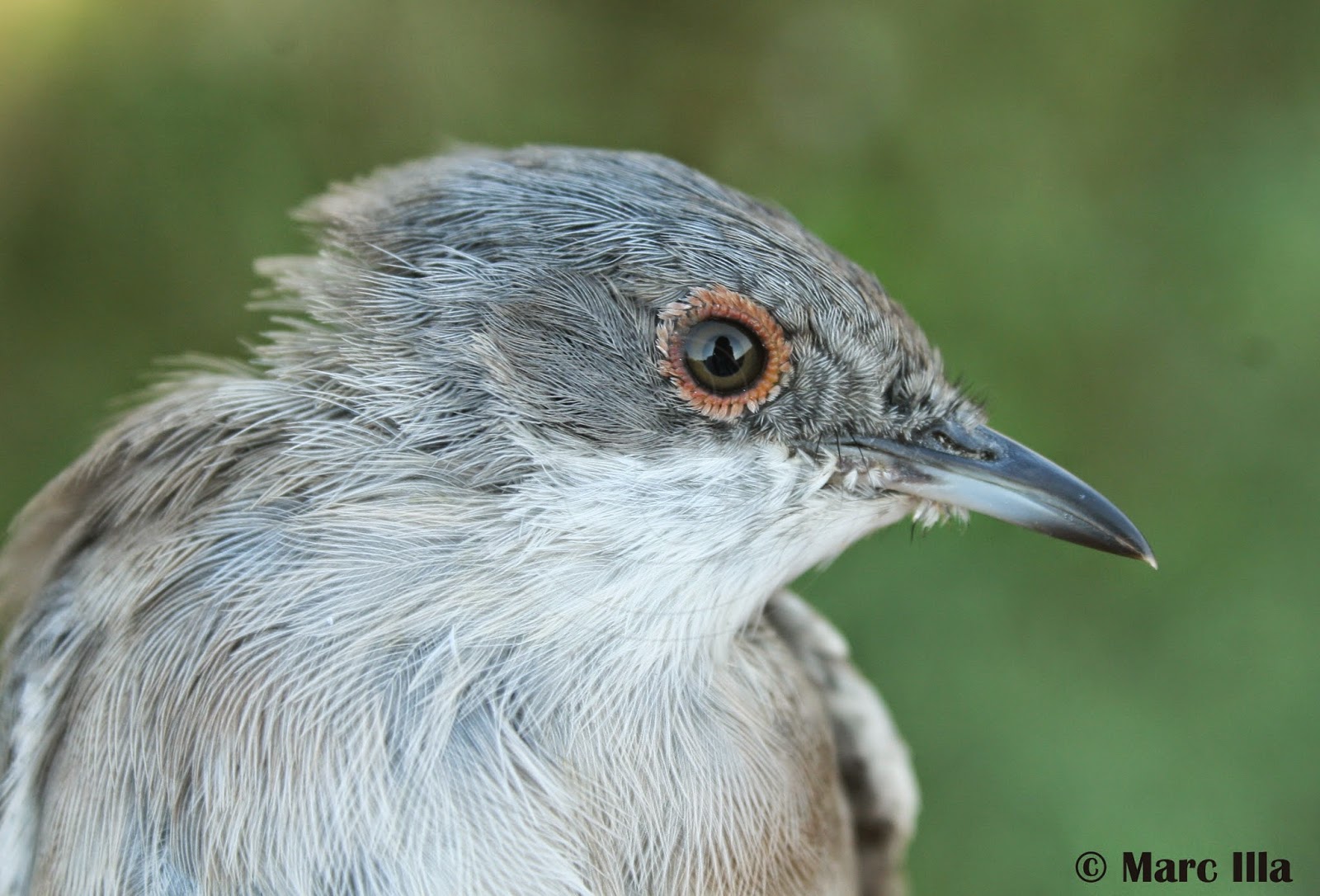 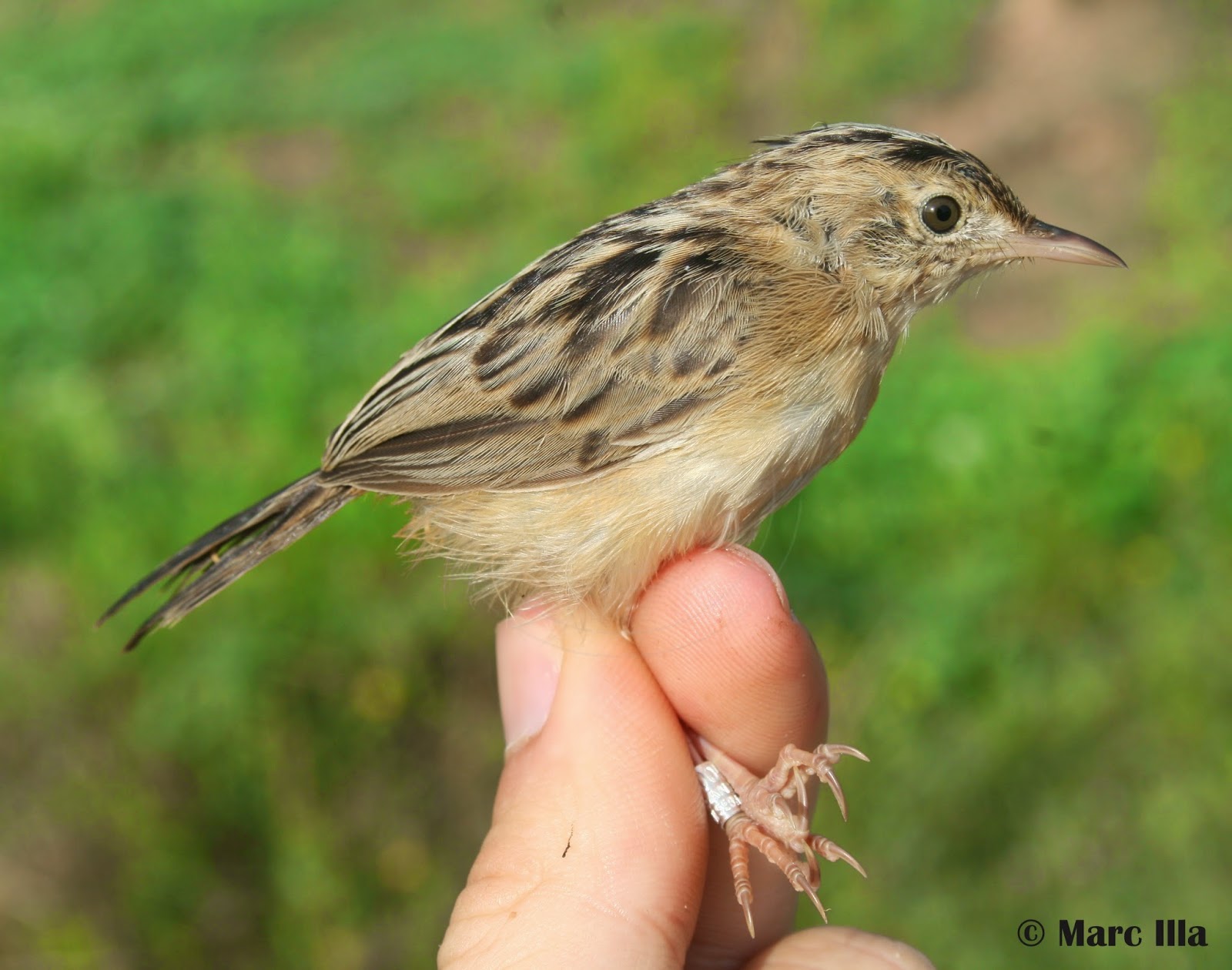 This Collared Dove (Streptopelia decaocto) was also quite nice (yeah... first was the Cetti's Warbler thing, and now...). It was a first-year with the postjuvenile moult already done, and it only retained the three inner secondaries! 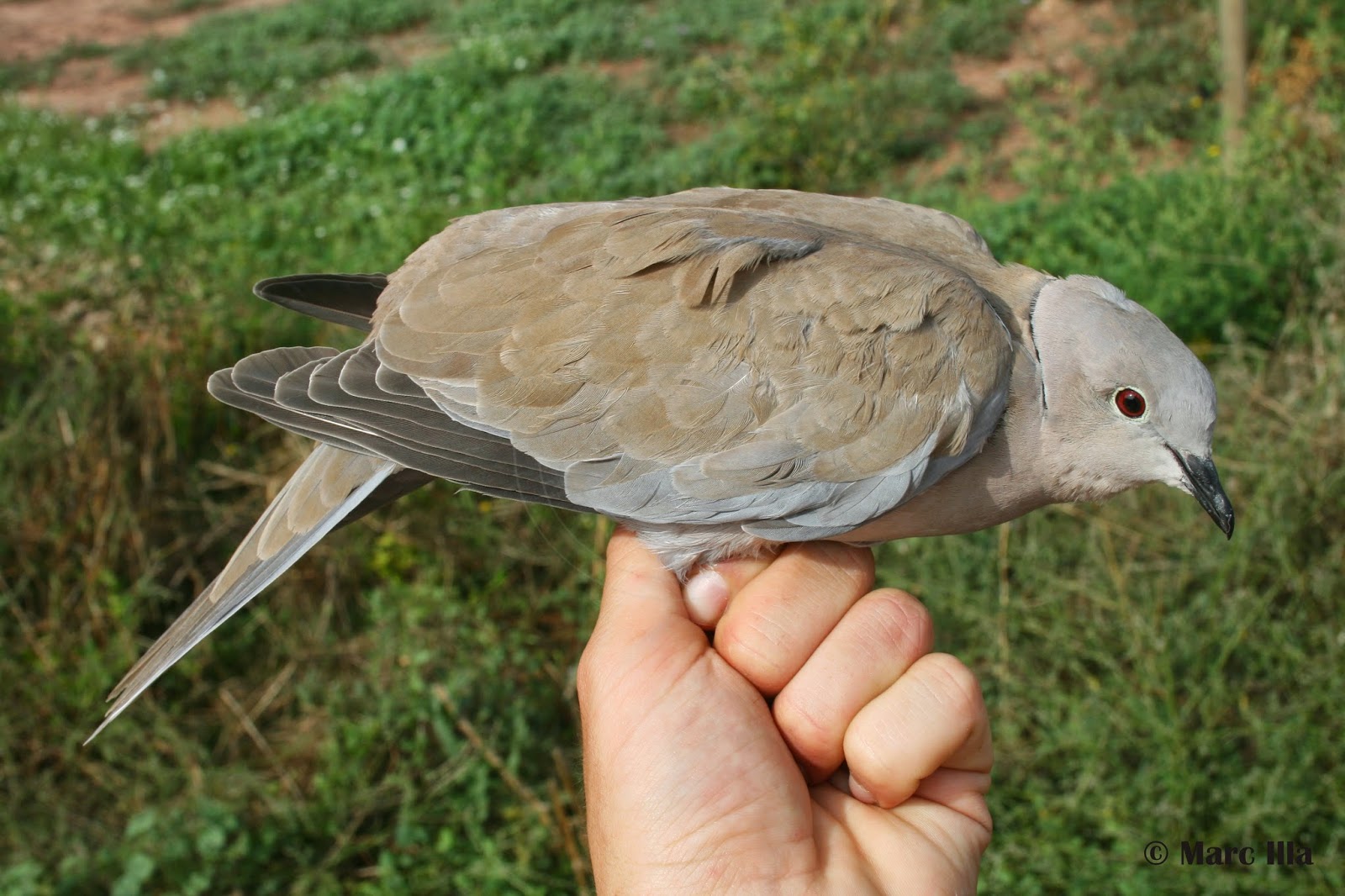 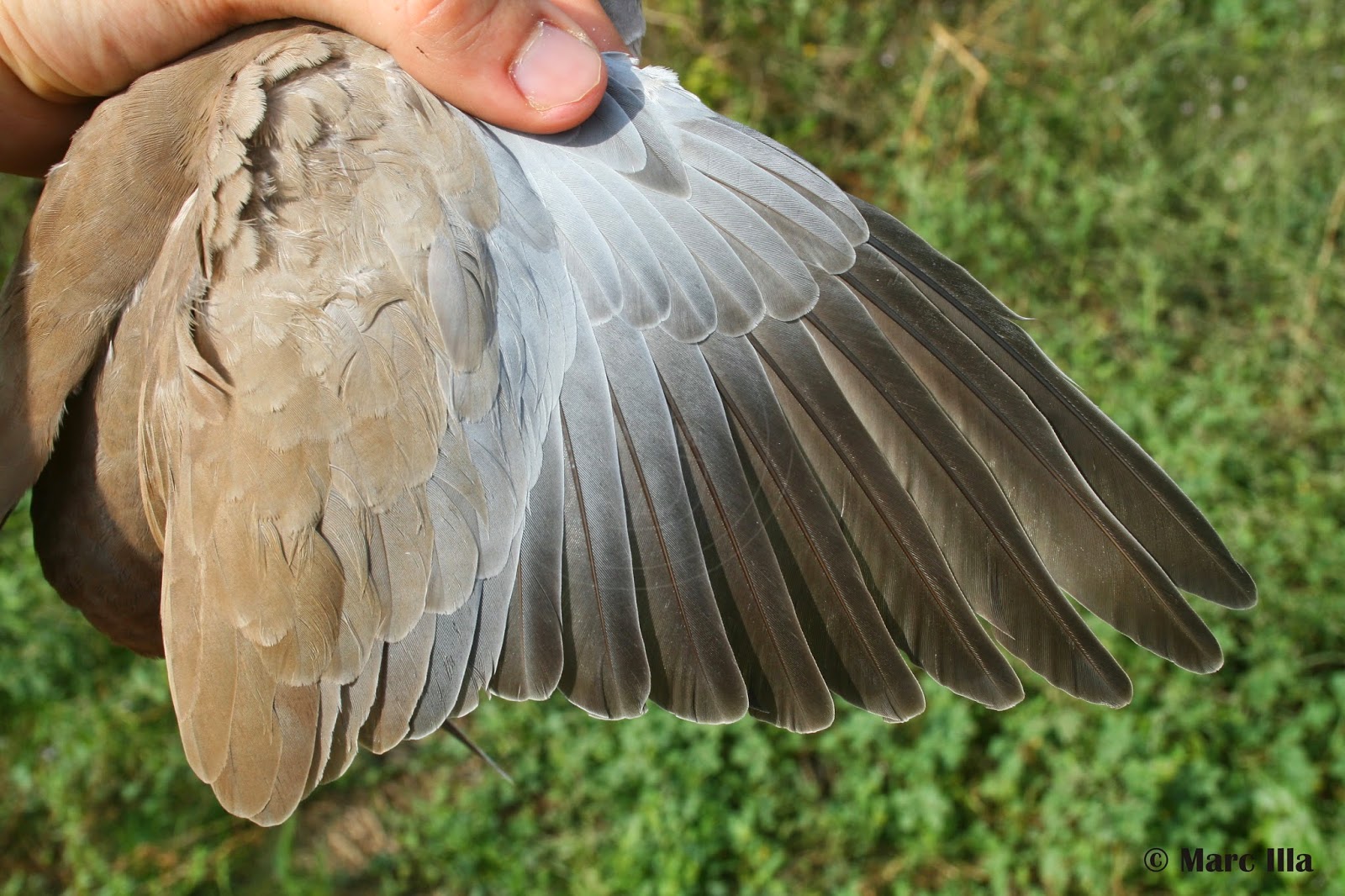 Two weekends ago I took a breake in my usual place to move to the river. I wanted to catch Kingfishers (Alcedo atthis) moulting, but as it usually happens, I mainly got first-years...
Nonetheless, the river ringing was nice as well, with many Grey Wagtails (Motacilla cinerea) and a Common Sandpiper (Actitis hypoleucos) caught. 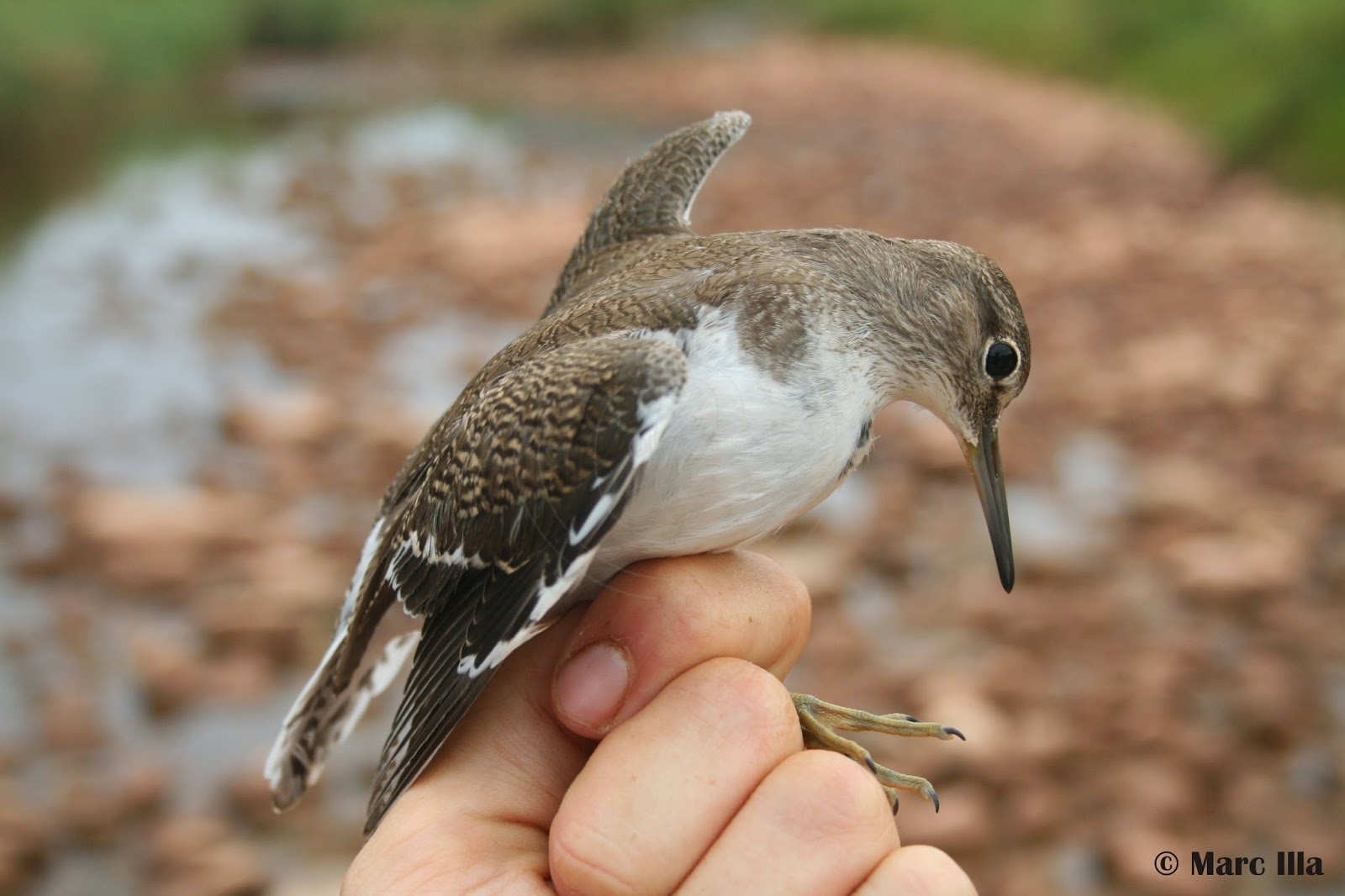 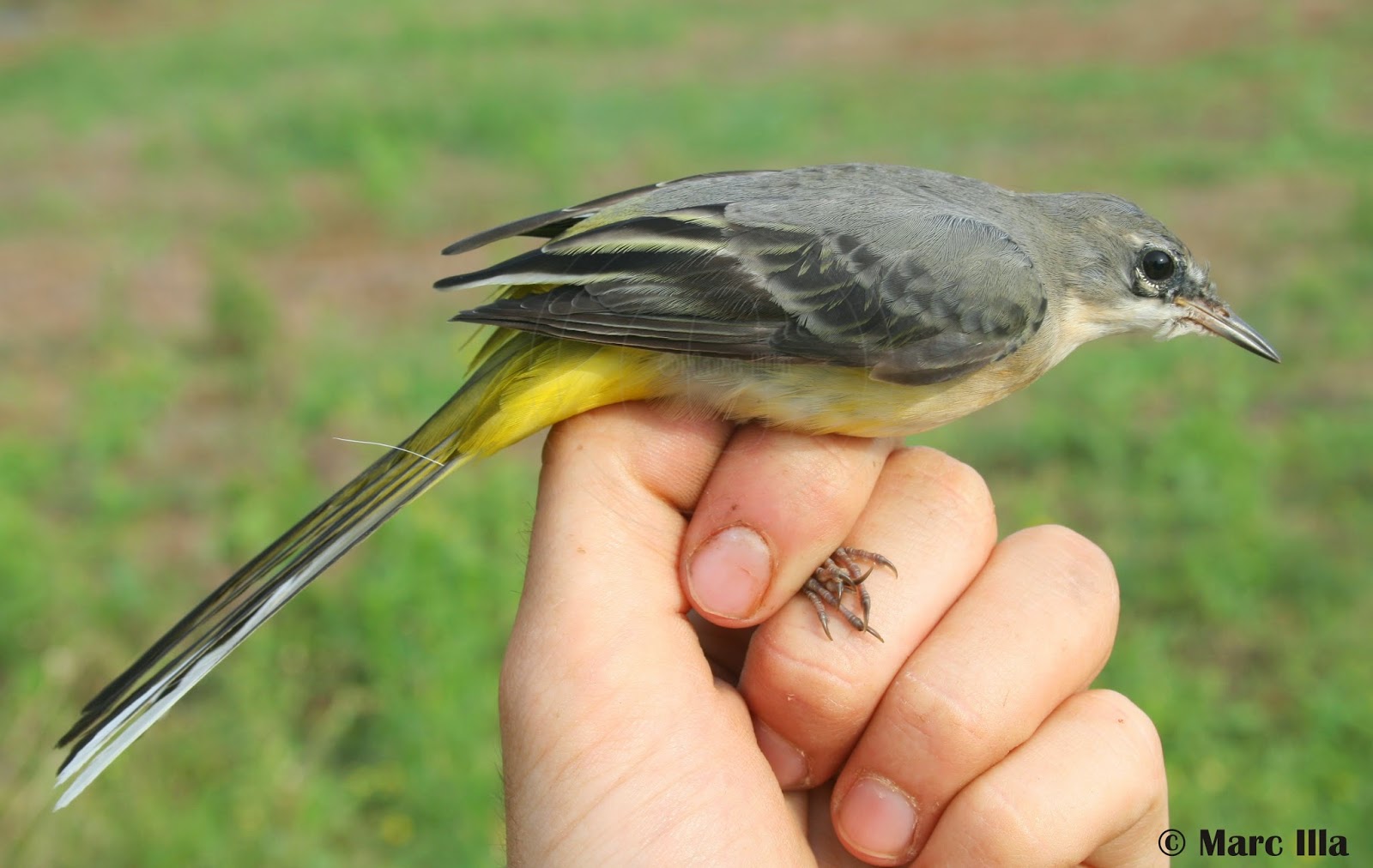 I forgot to tell about a House Martin (Delichon urbicum) we trapped. It was a first-year with the partial postjuvenile moult already done. Unless I could imagine it, I didn't know the extension, that turned to involve just a few feathers. 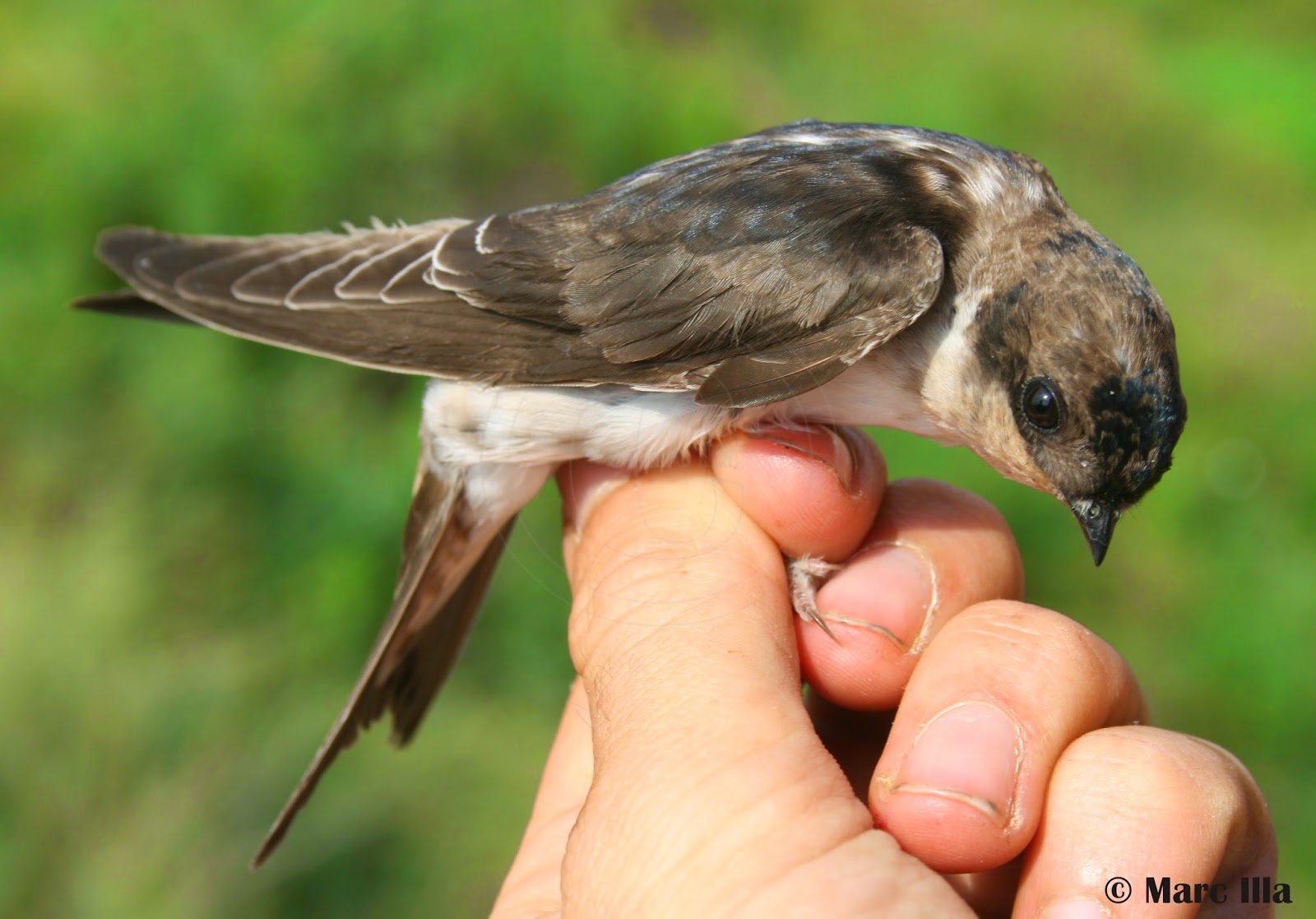 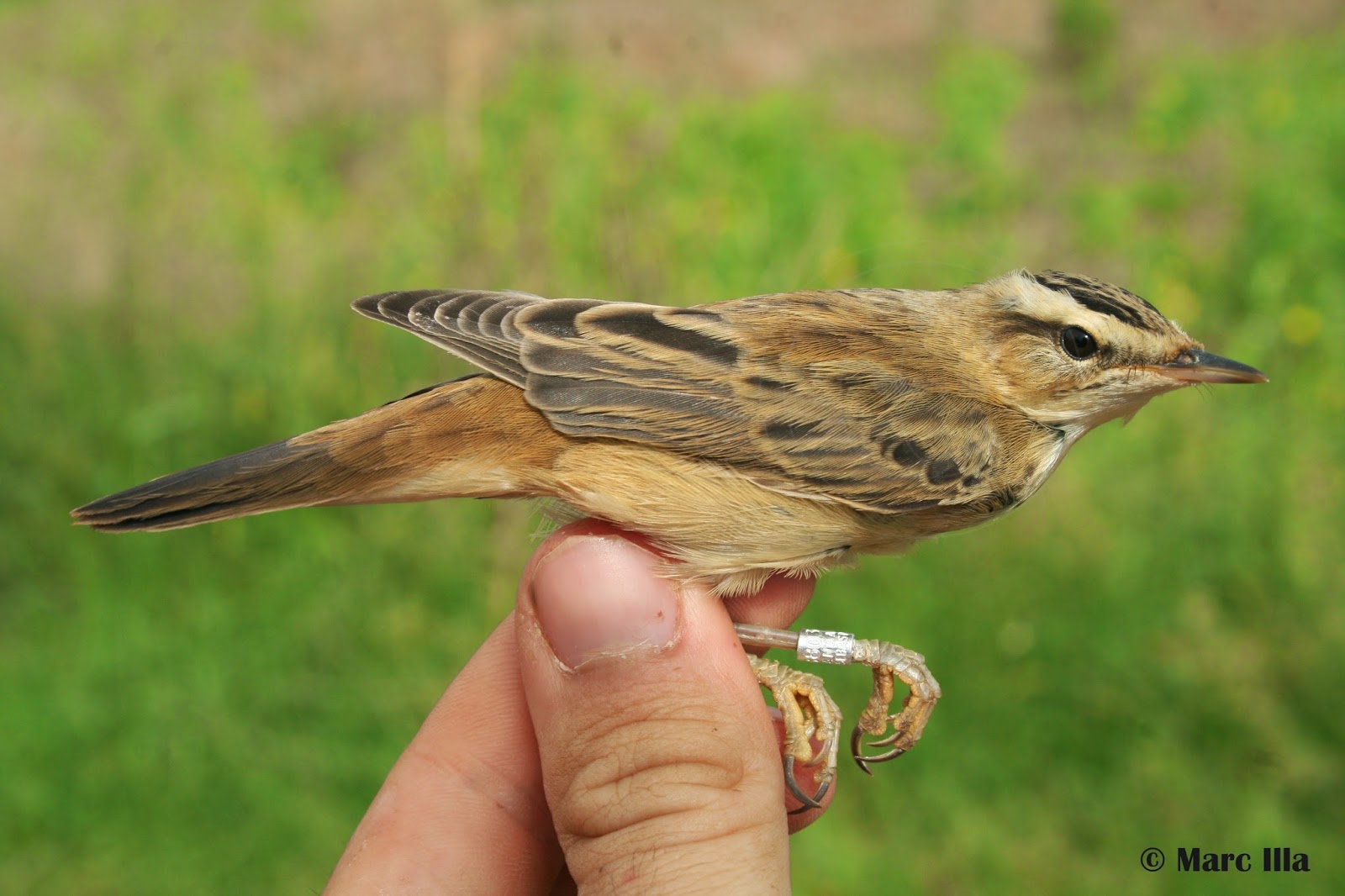 The campaign stopped also last weekend, when we went to the first Ebre Delta Birding Festival. It was a really nice fair, where I had the chance to meet a lot of friends and to hear really interesting speechs, like one from Killian Mullarney and another from Magnus Robb. Apart from the really nice environtment, we also saw some nice rarities, such as Pacific Golden Plover (Pluvialis fulva) (a birds that has been seen since late August), Spotted Sandpiper (Actitis macularius) (really rare bird in Catalonia; was found the same day in the morning), and a Pectoral Sandpiper (Calidris melanotos), nice species despite being a regular rarity. I'm already waiting for incoming editions of this birding festival!
Posted by Marc Illa at 12:34 PM