It's almost a month since I wrote the last post... But I haven't been doing nothing, precisely.
I guess I've ringed about 500 birds this month! Maybe for you is not that much, but keeping in mind that I've done it in my area, it is!!


As always we have a 'mainly sp.'. In my case, I've trapped basically Chiffchaffs (Phylloscopus collybita) and Reed Buntings (Emberiza schoeniclus), both species that I was targeting.
During the first days I was trapping about 40 Chiffchaffs/day, and I did my best to try to record the extent of the postjuvenile moult on, almost, all of them. I'm not gonna talk about this today, but maybe soon... (first I should take a look to all the data I've recorded!). 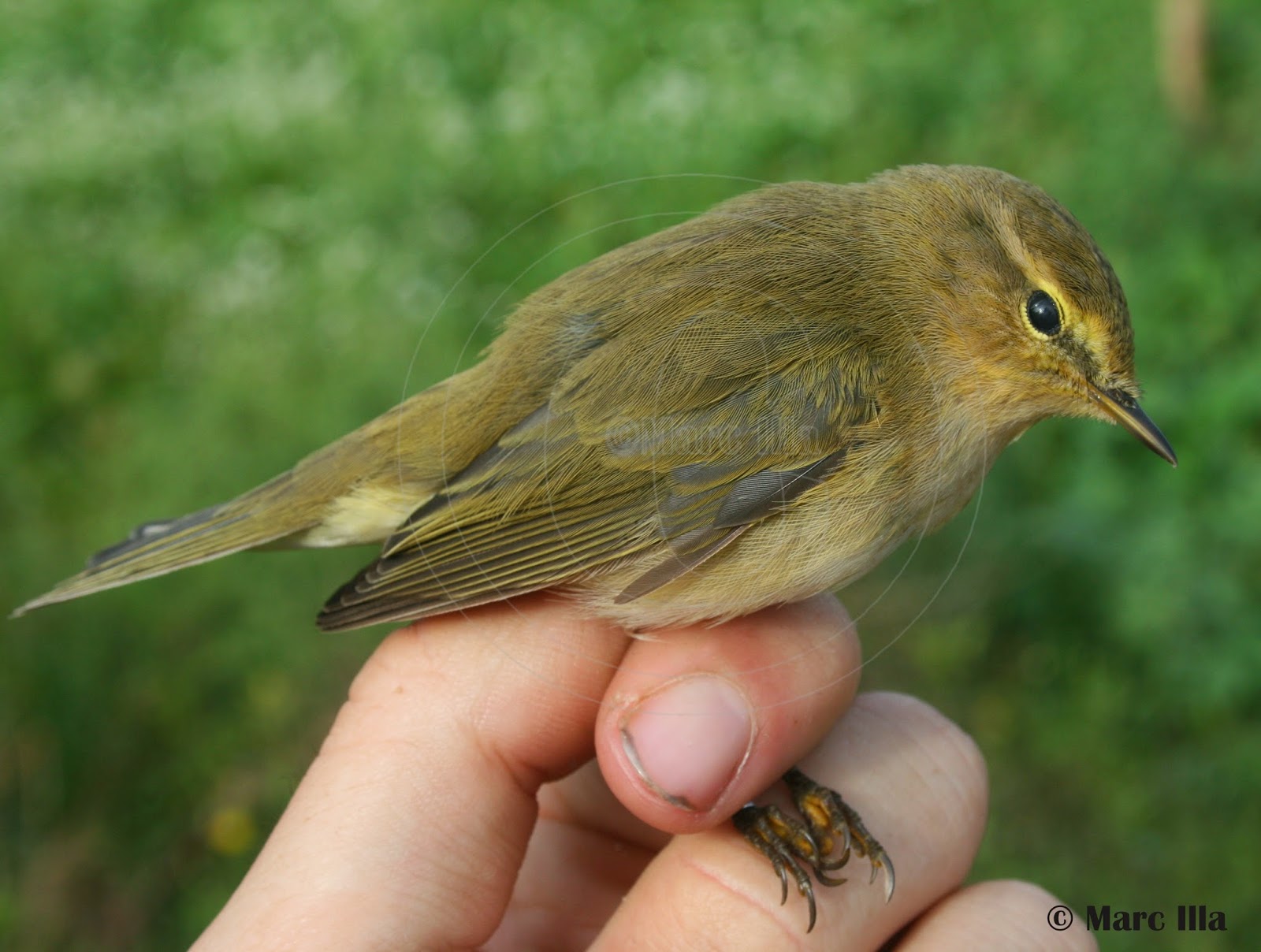 In my place it turned to be a good year for Sardinian Warbler (Sylvia melanocephala). i've ringed some more birds, mainly first-years, thing that suggests me it has been a good breeding season for them. 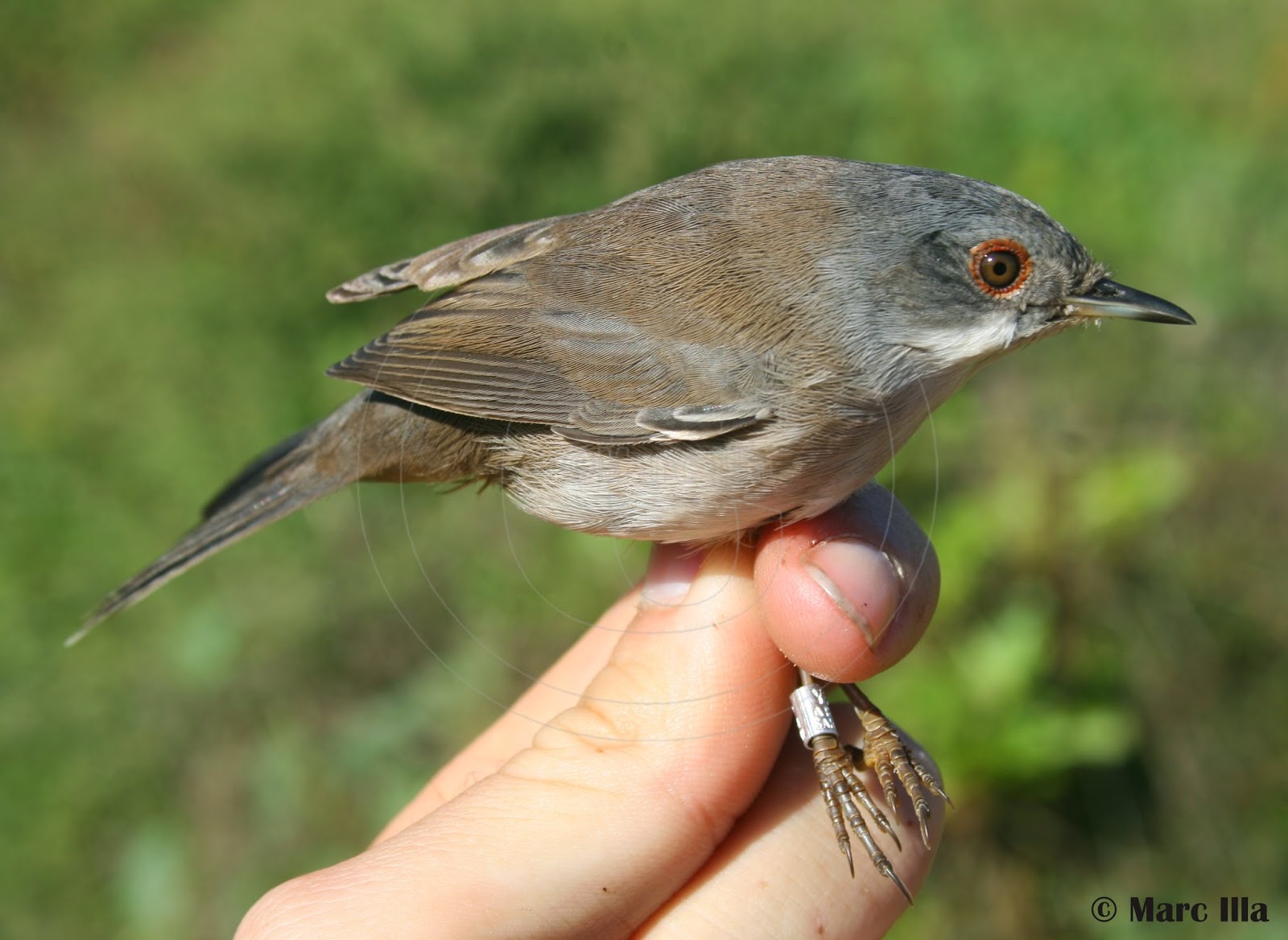 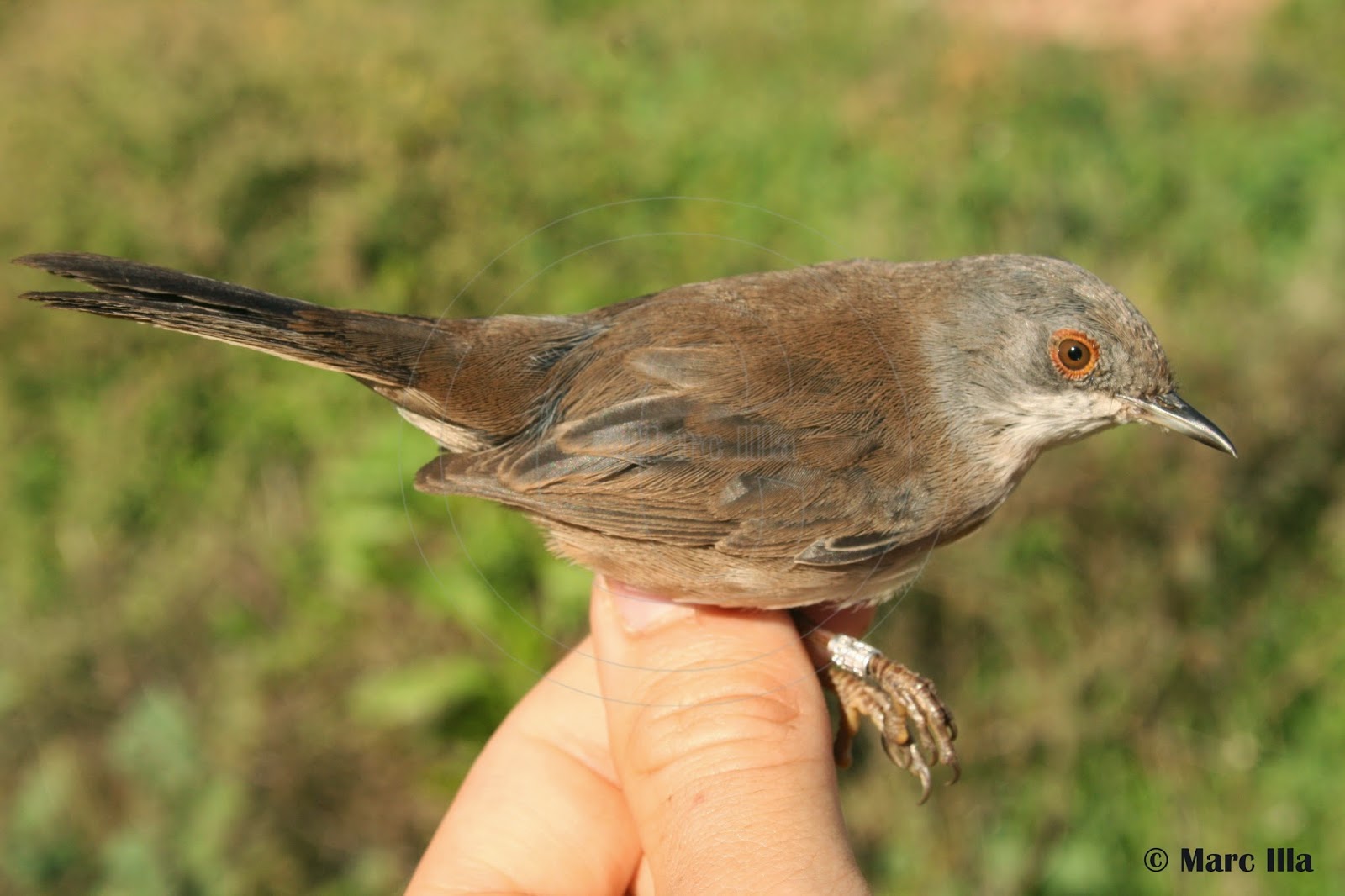 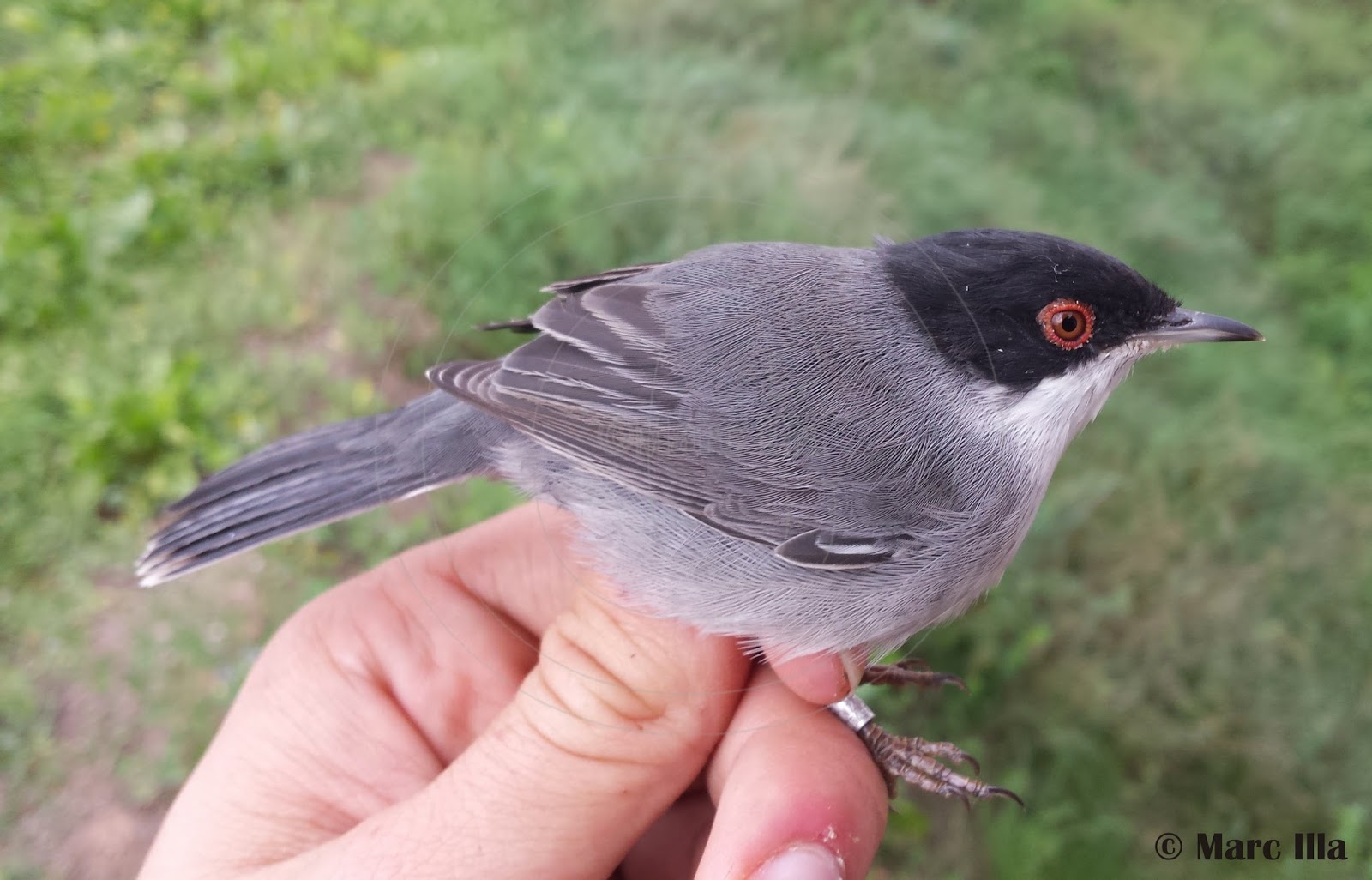 It has been the time to catch some 'first for the season', as the first Song Thrush (Turdus philomelos) and the first Chaffinch (Fringilla coelebs) this autumn. 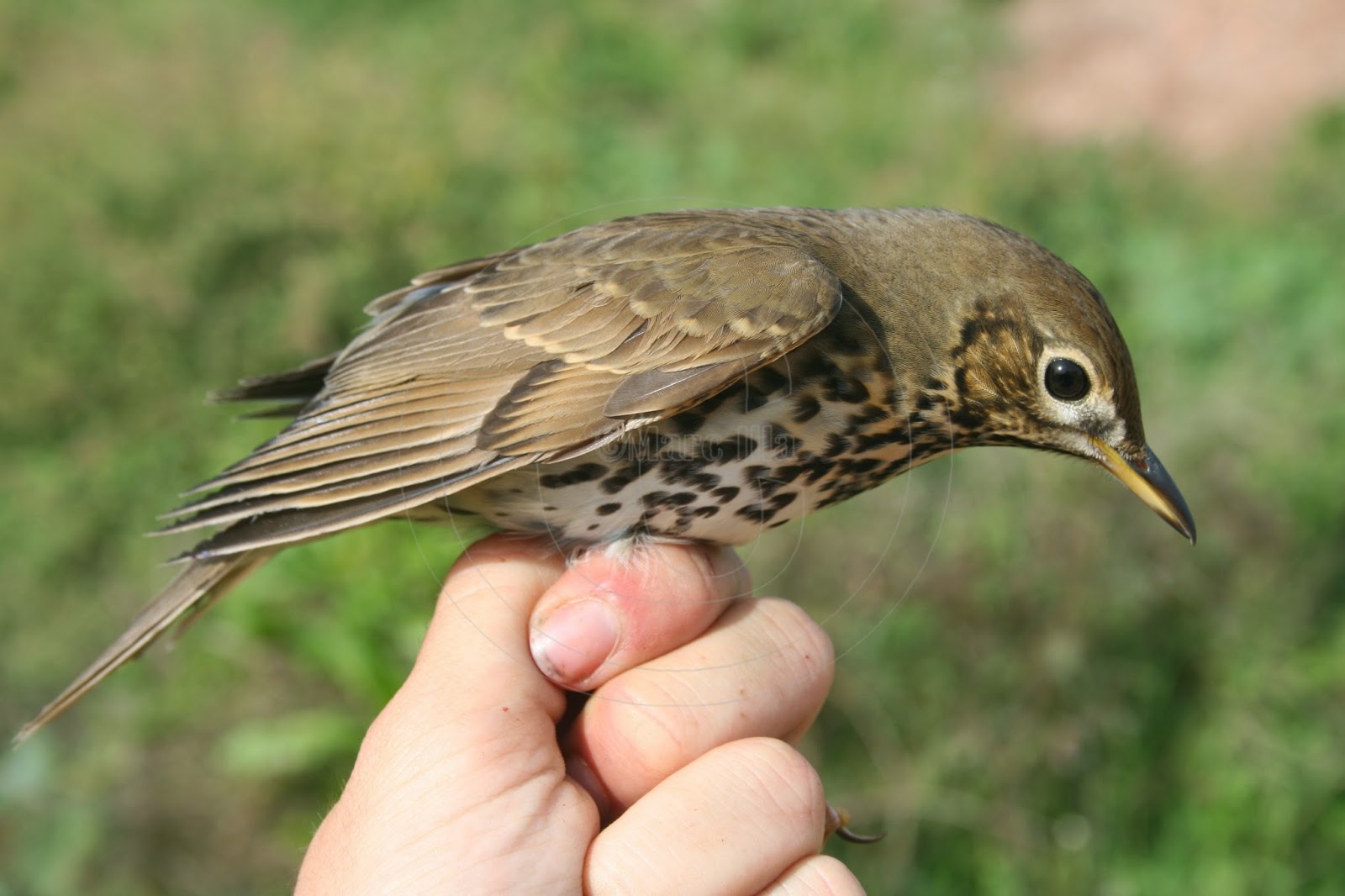 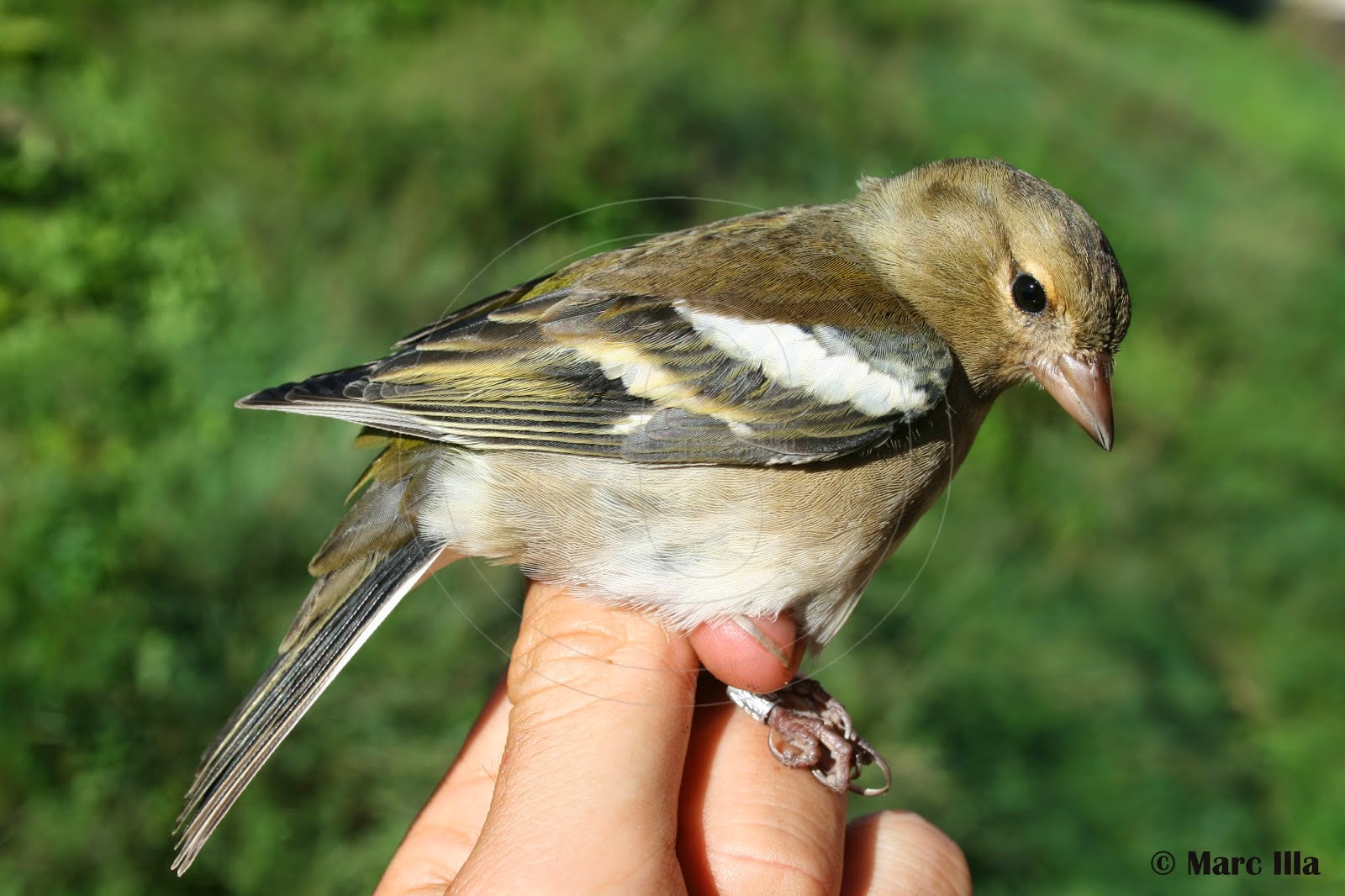 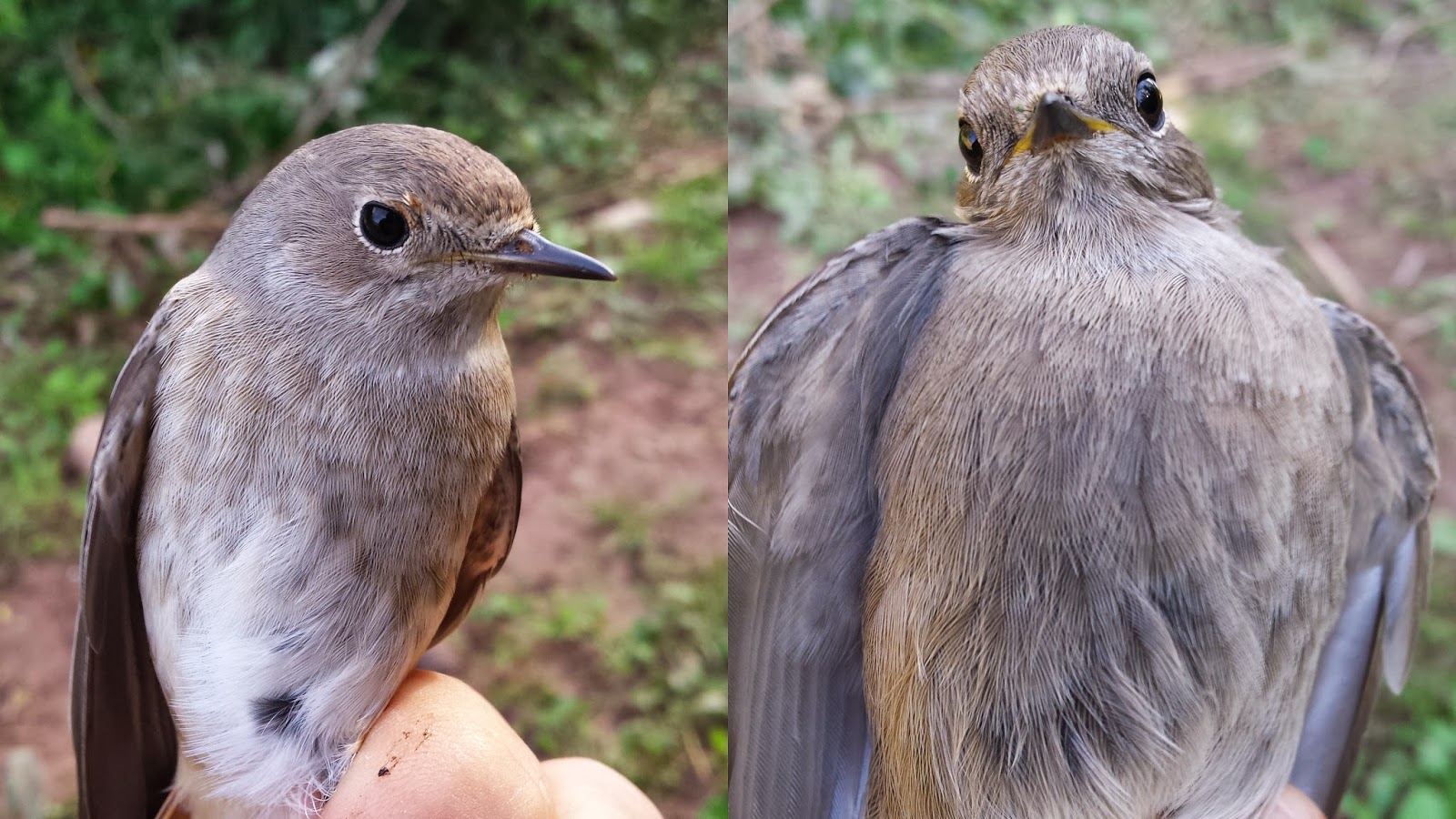 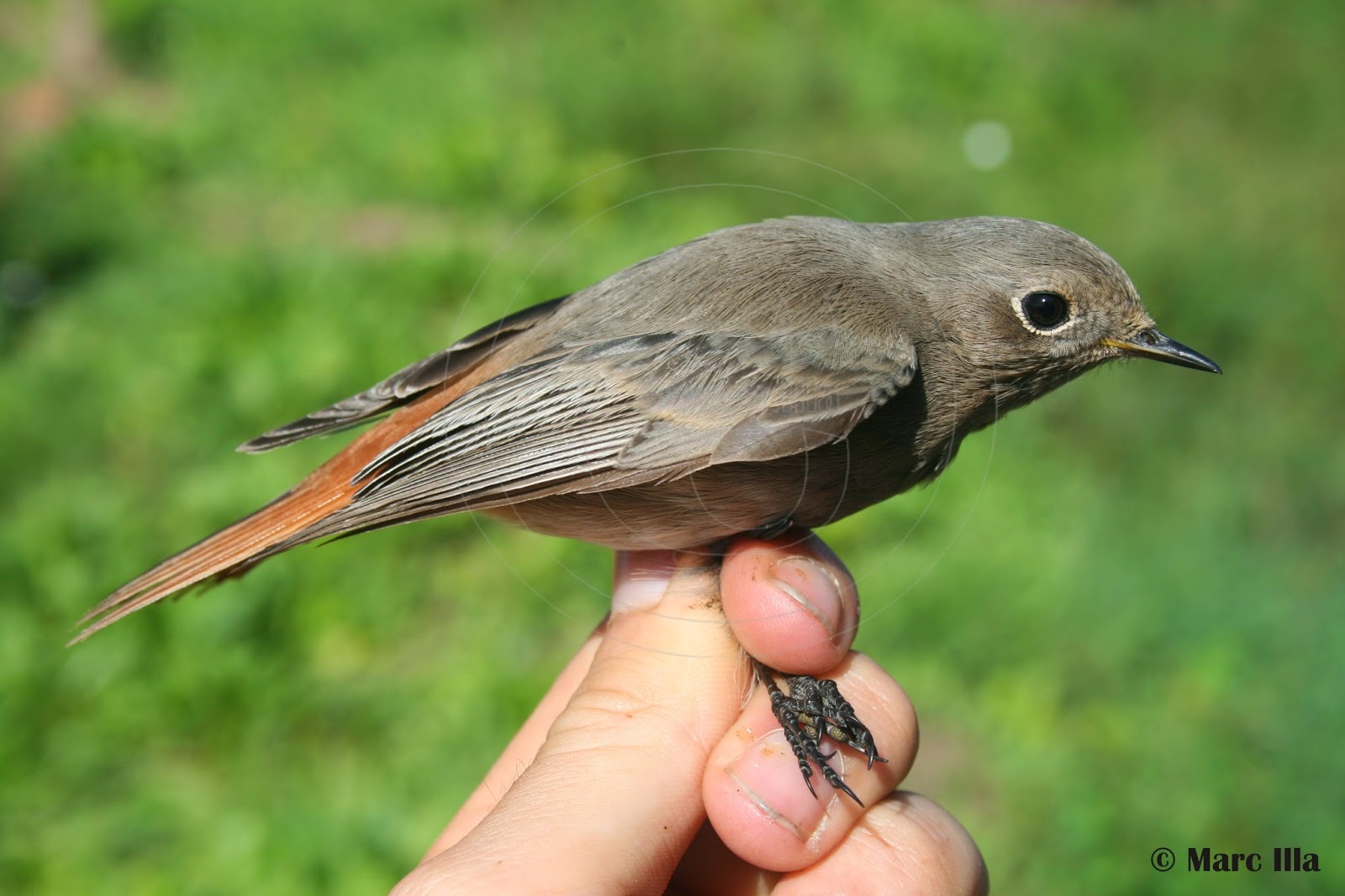 As the month was passing, more interesting species were coming. I was just laying on the grass, having lunch and talking with my classmates in University, when a familiar two-syllabled call attracted my attention. In fact, I shouted to my friends to shut up and I run away to find the bird, that obviously, turned to be a Yellow-browed Warbler (Phylloscopus inornatus)!
I managed to record it with the phone, here you have the best I got:

The bird finally stayed for a week, really nice to have it just in front of my class! 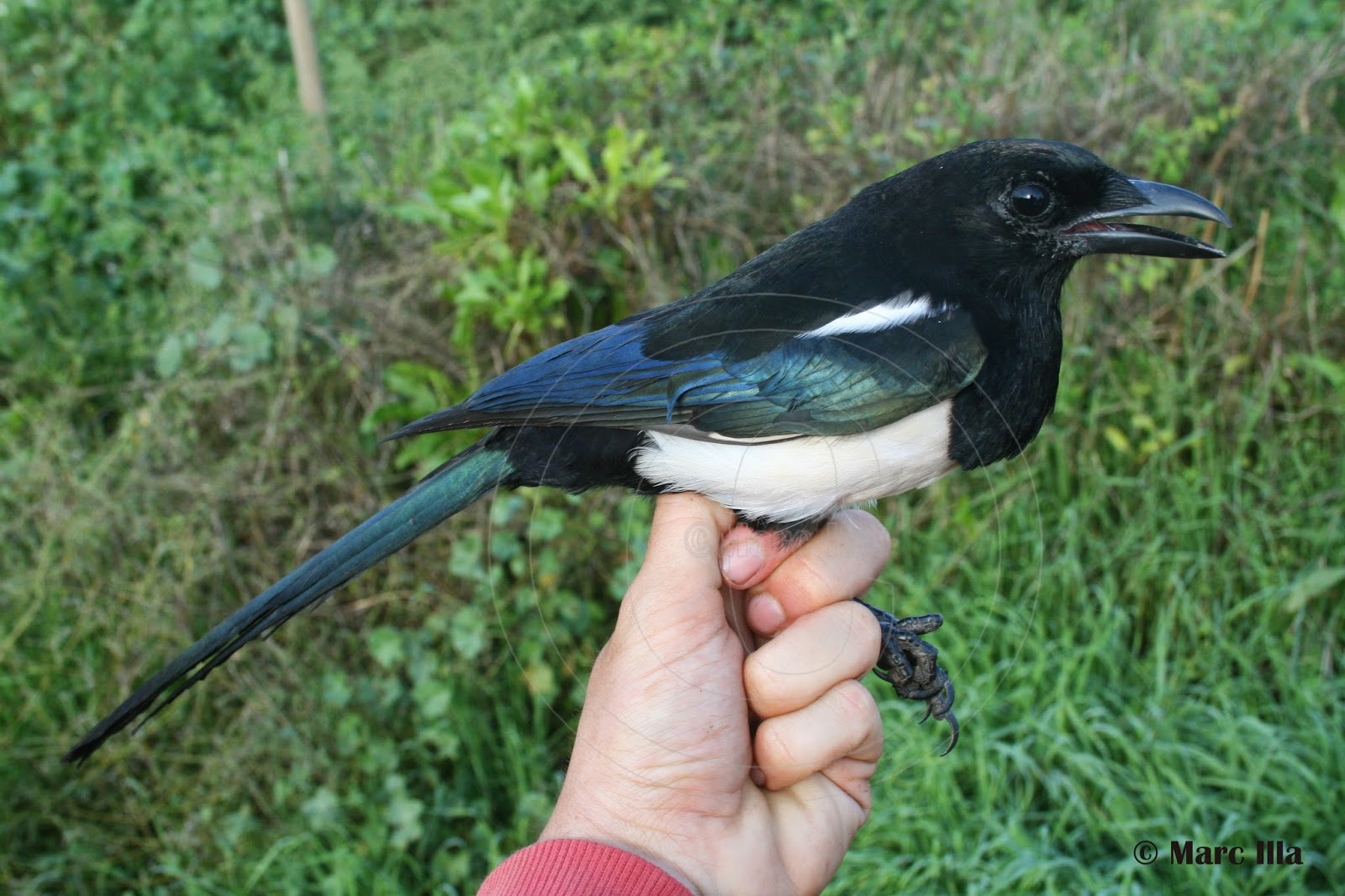 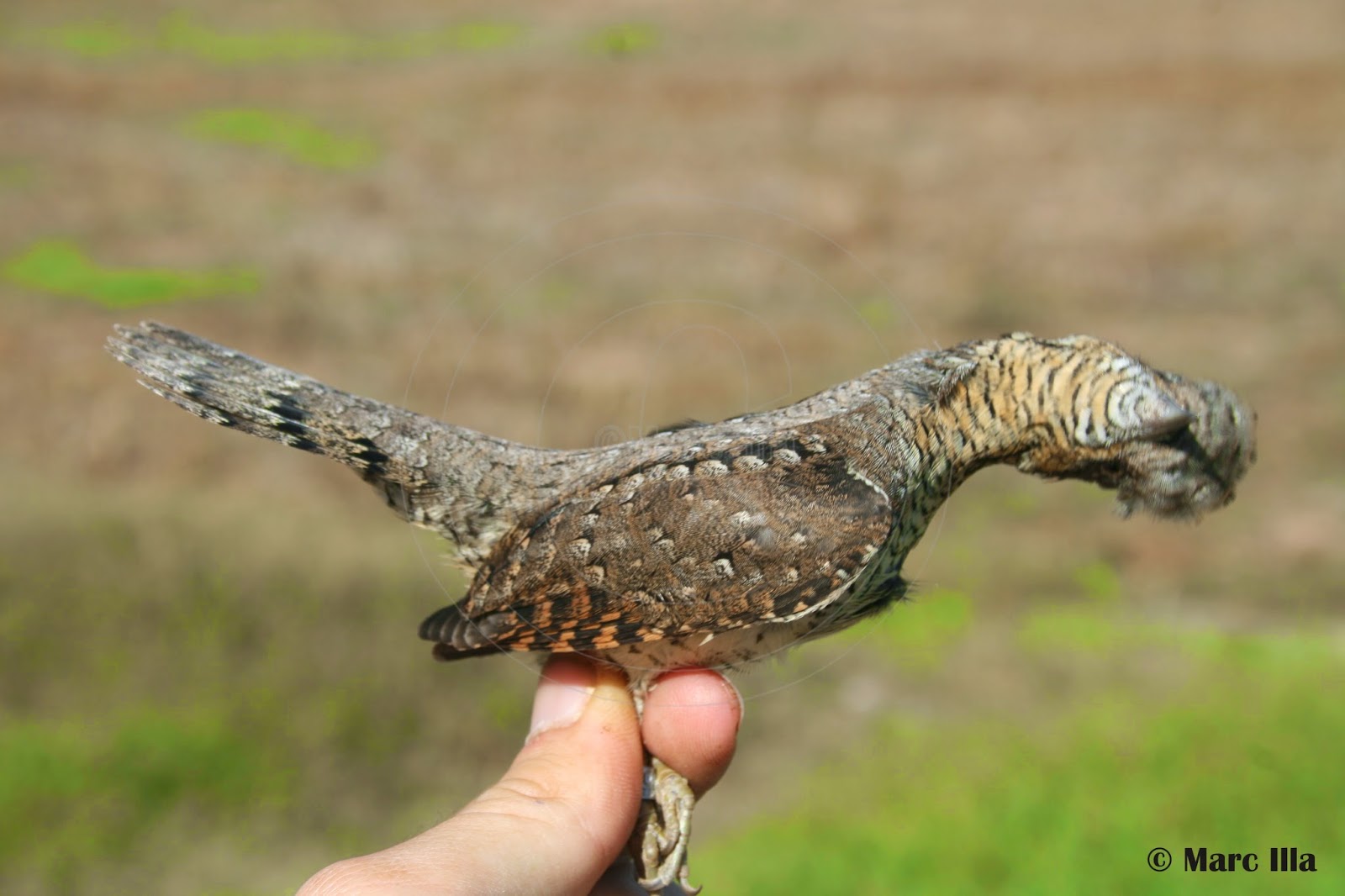 But the best came to the end. I went to my usual place for Reed Buntings (Emberiza schoeniclus) last winter, and I got an unexpected day with 159 birds ringed! That was really crazy, and obviously, I trapped to foreign recoveries: one from French and another from Germany. 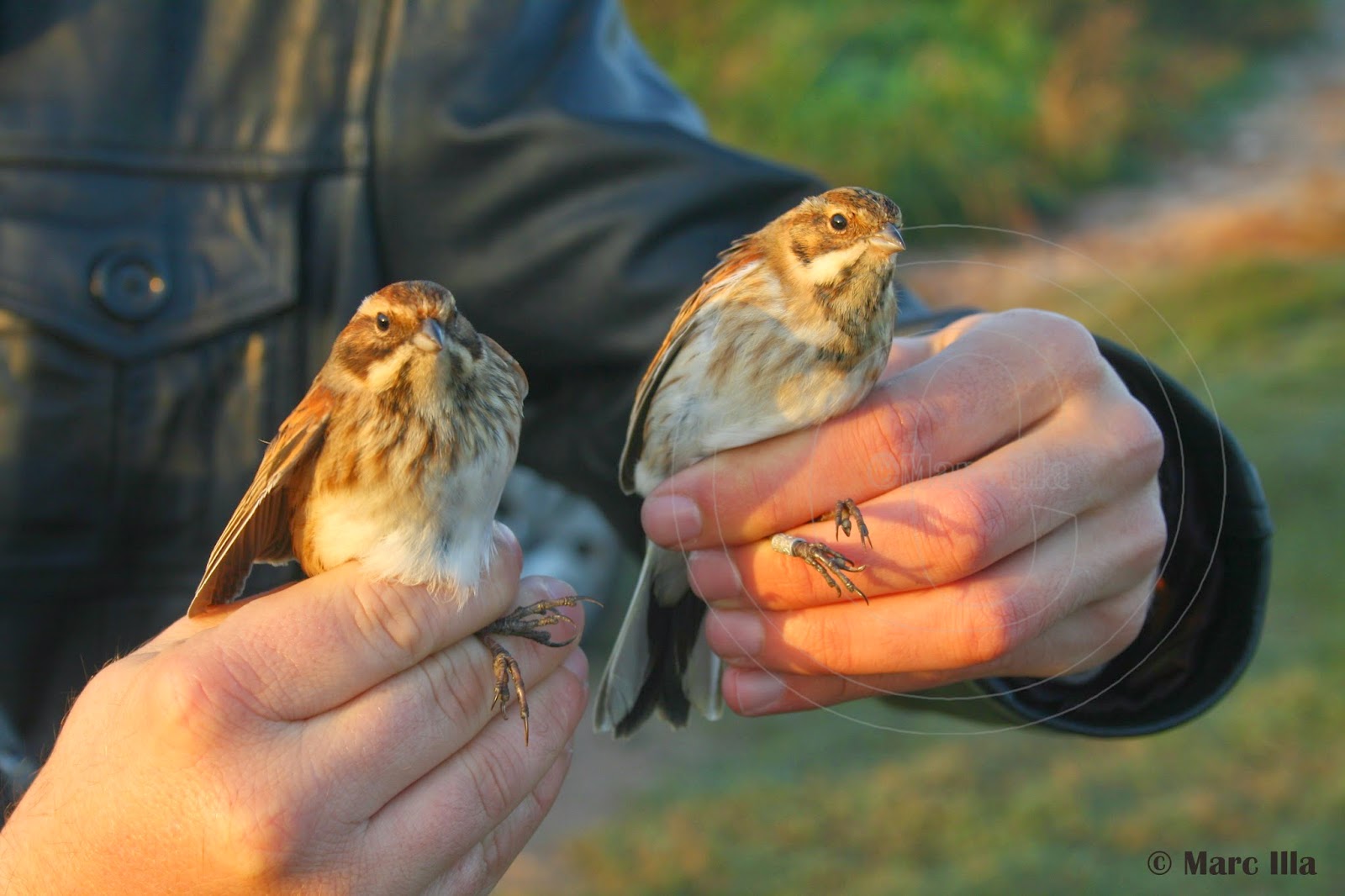 The whole day was indeed really nice. In total I got 193 birds, including another nice recovery: a Penduline Tit (Remiz pendulinus) from the Czech Republic!! 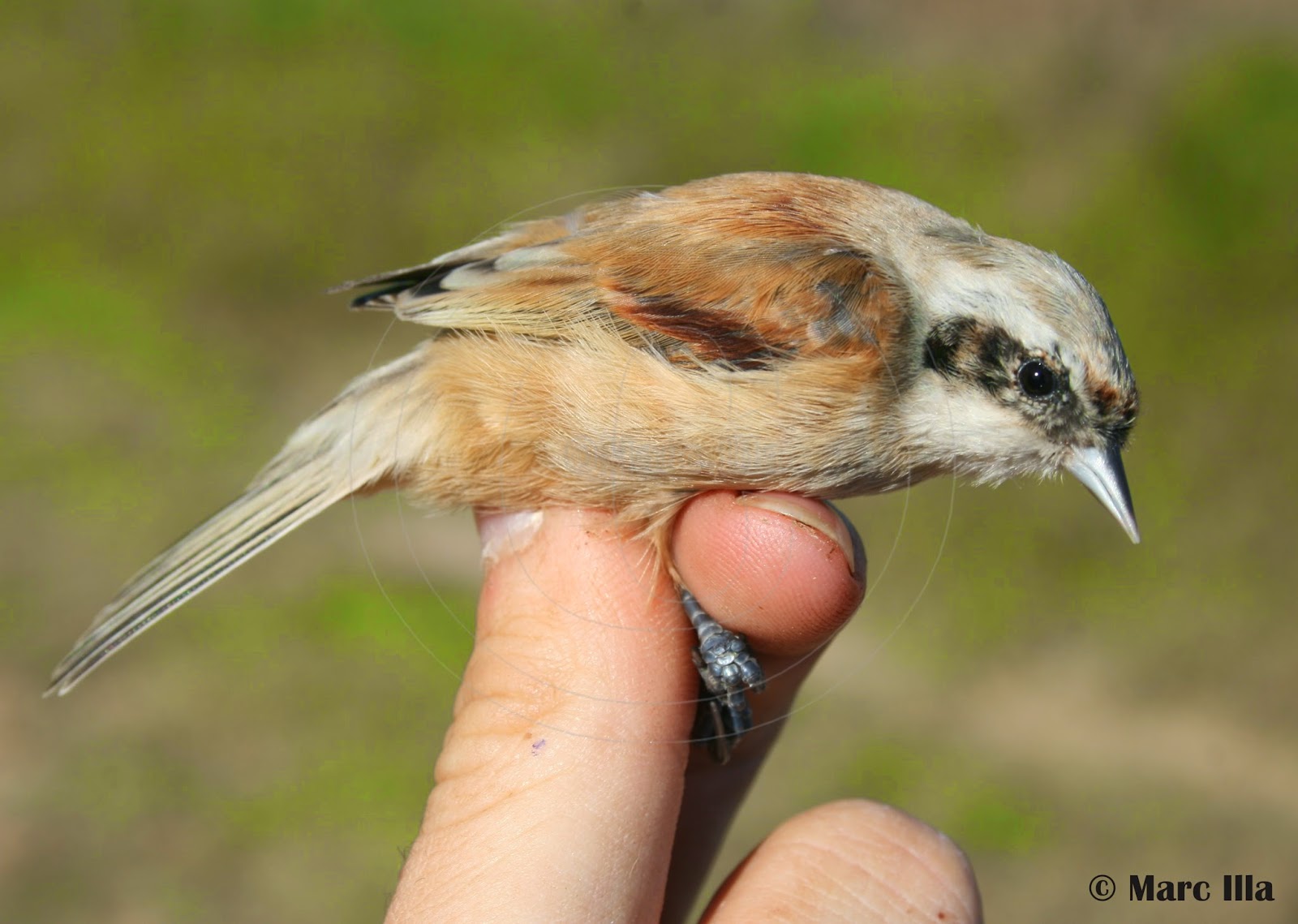 Just a few days ago I went for the 'second round' in the Reed Bunting's roost, with 126 birds ringed, and 6 more controlled from the last day. No more recoveries for the moment, but the place and the numbers are promising! (Will any Little Bunting turn around?) 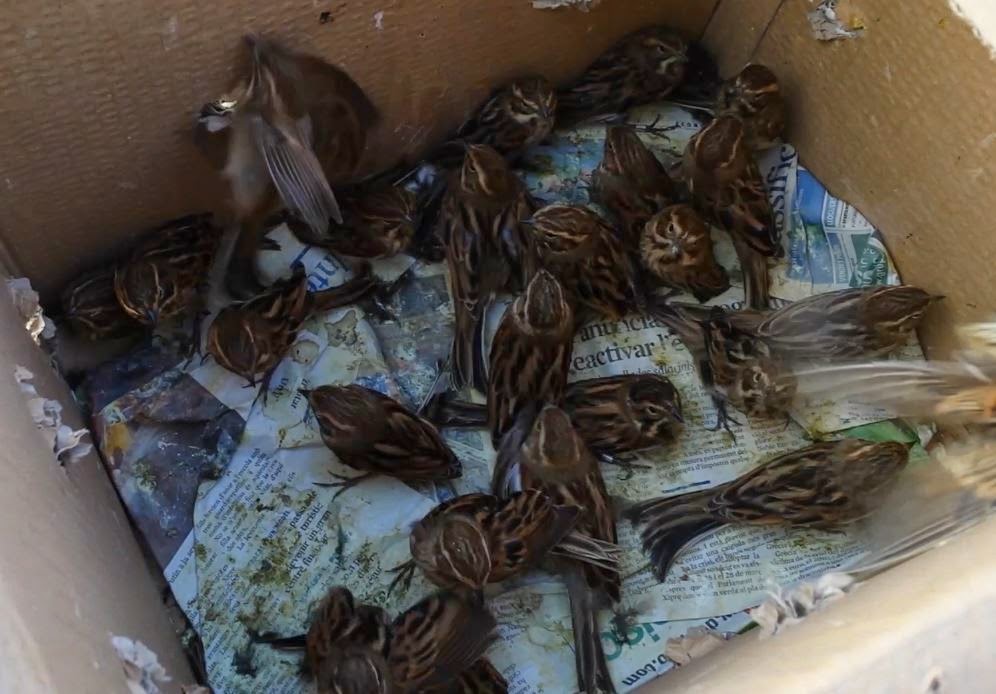 It has been a nice and exciting month for me, but maybe the best was concentrated in one morning. We tried to ring Skylarks (Alauda arvensis) during the night, using six 12-meter nets around a tape. I only saw one bird close to the tape around 3 o'clock in the morning, and it was a little bit dissapointing... But during the first netround after the sunrise, we trapped a really unexpected bird. 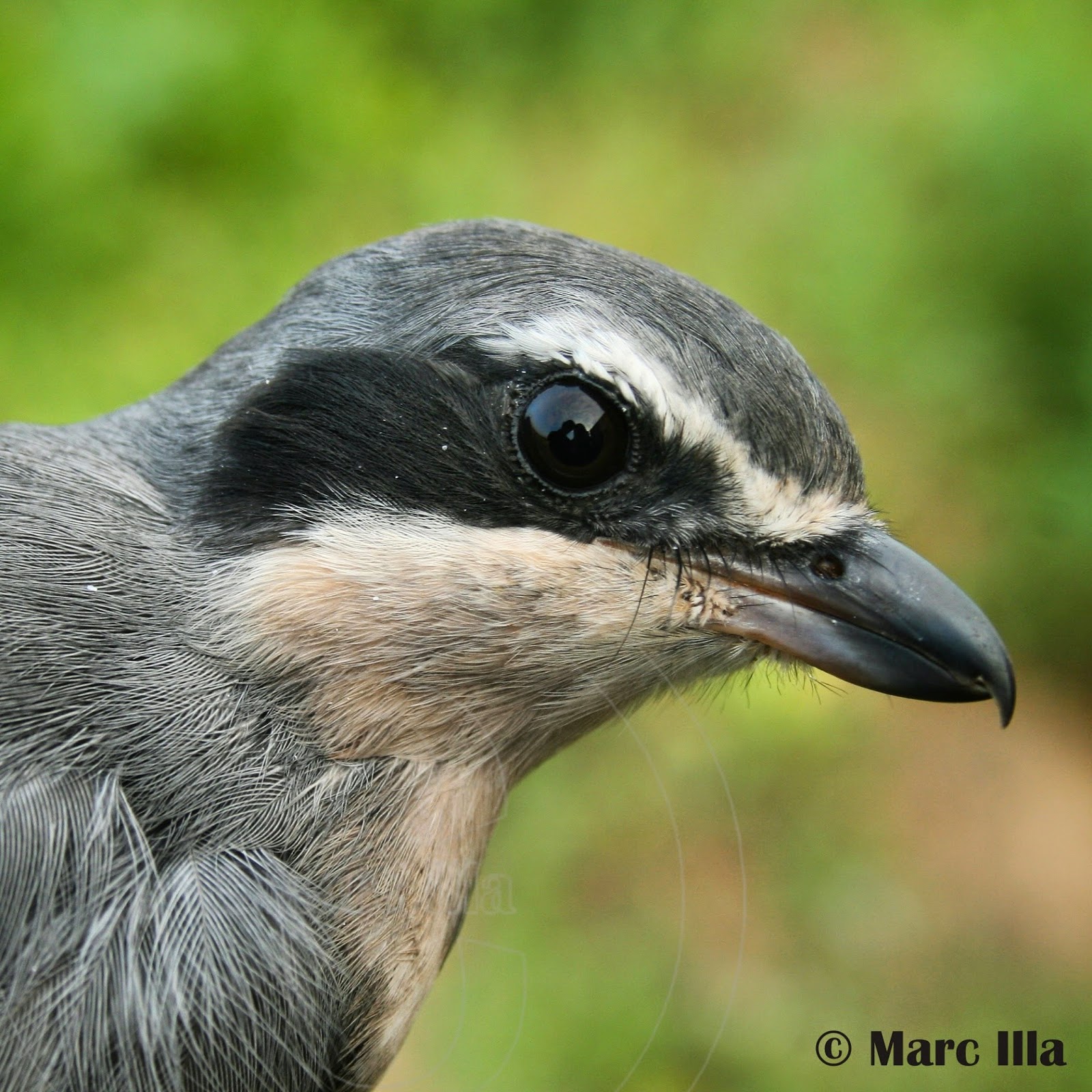 Yes!, this Southern Grey Shrike (Lanius meridionalis) was trying to eat my phone when it flew to the nets! 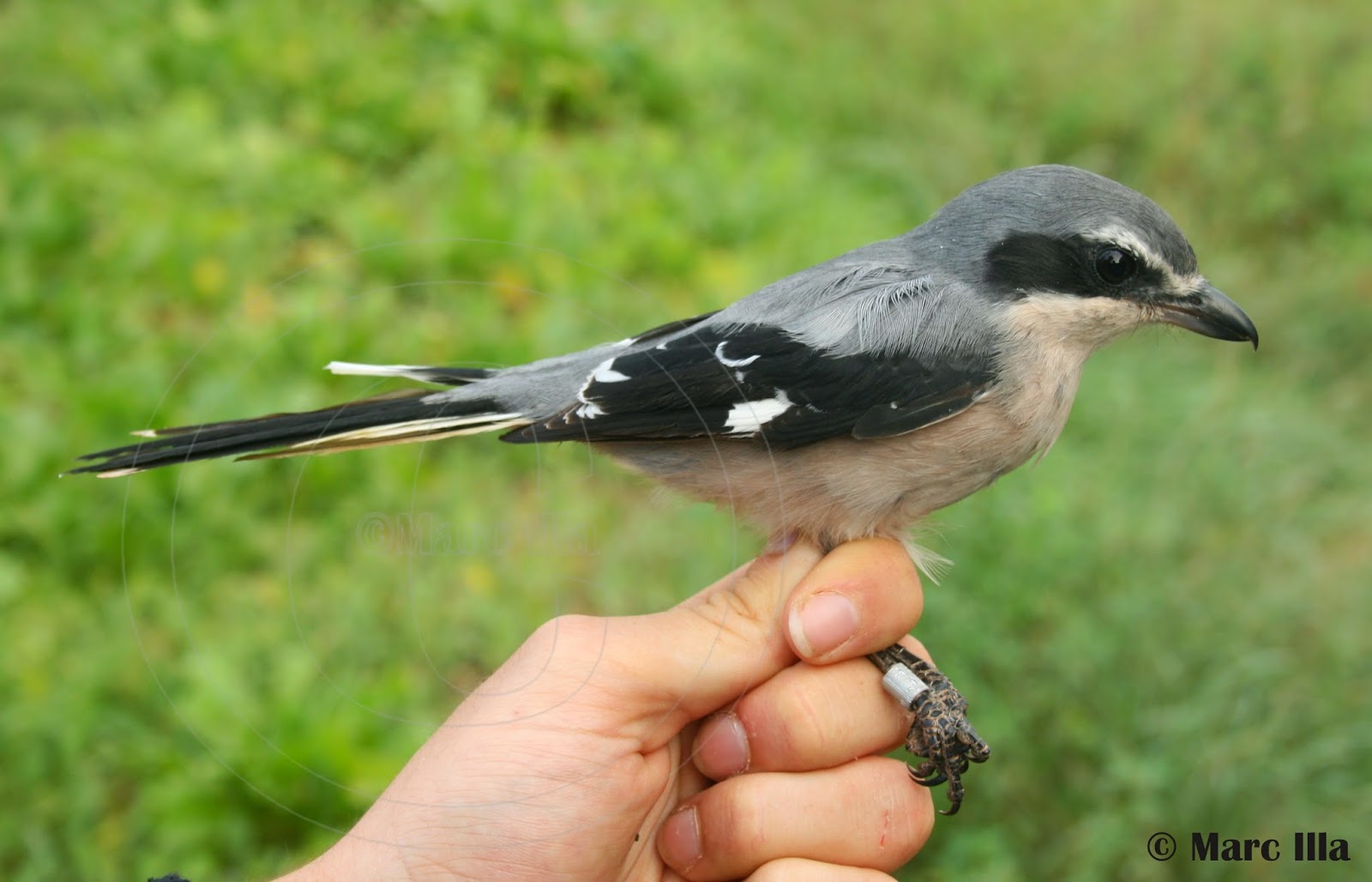 With a little bit of patience, we also got what we wanted: a Skylark was trapped in the nets as well!! 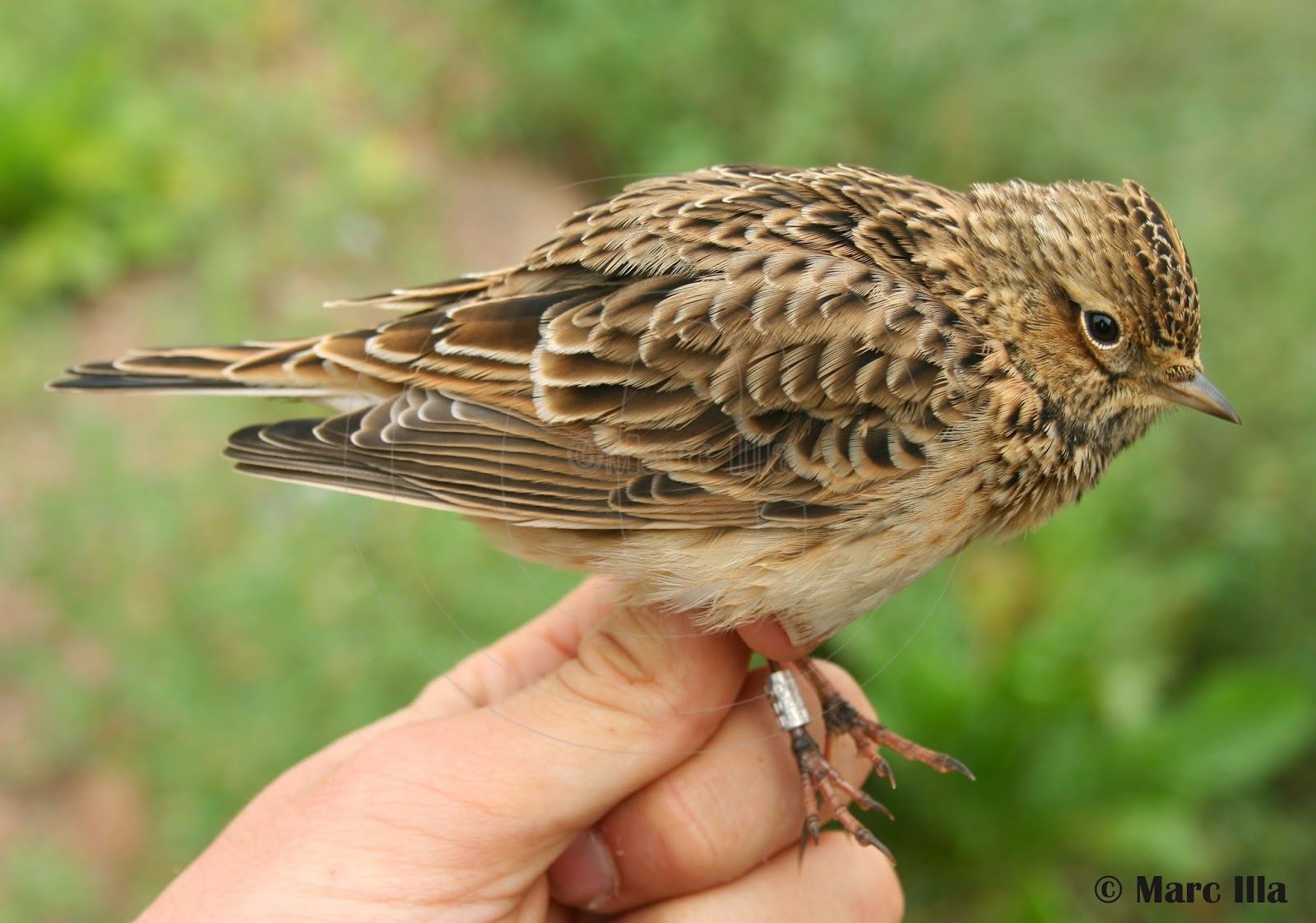 And also this nice male Stonechat (Saxicola rubicola), a good bird to end with this great month! 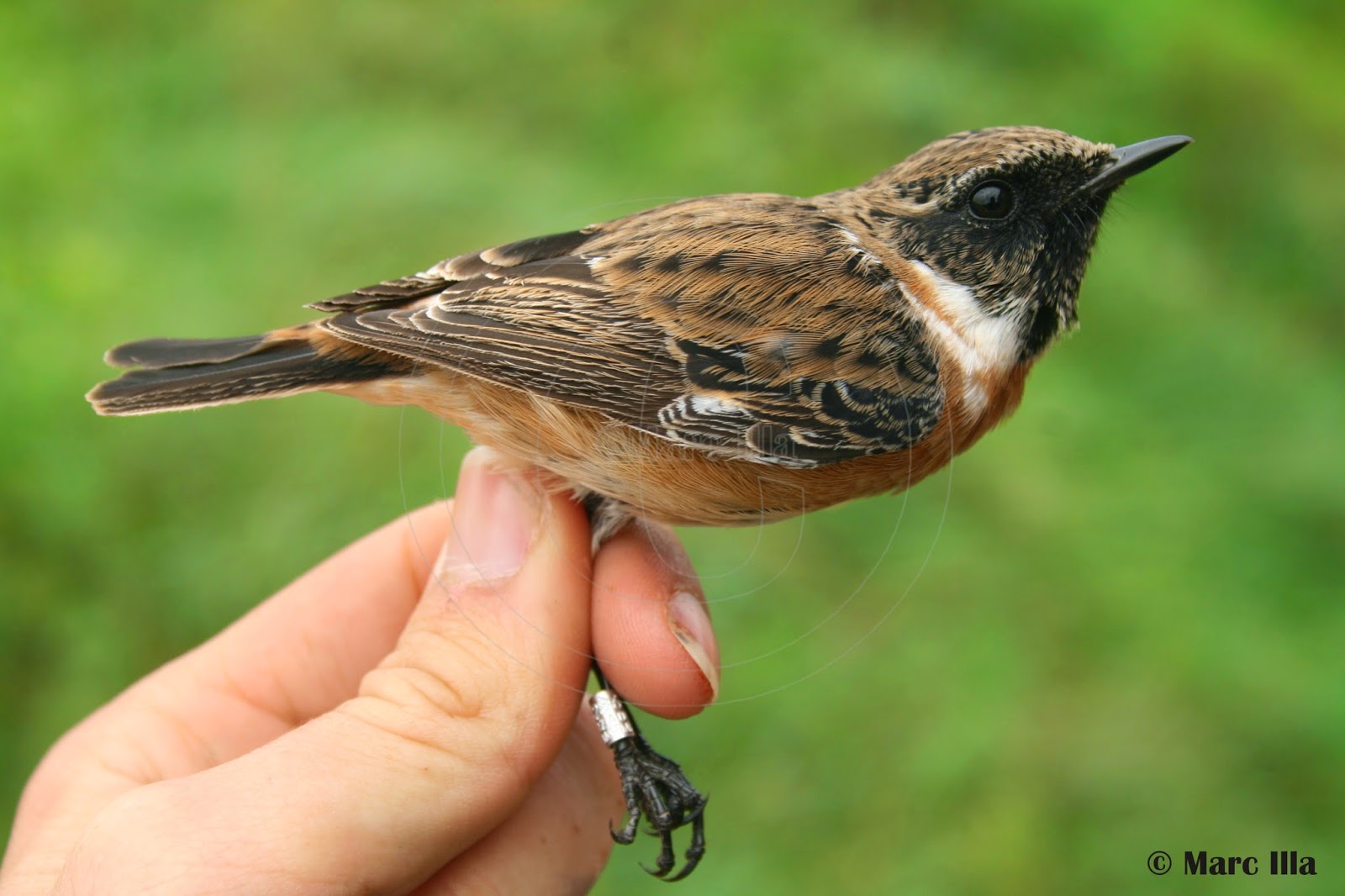