The day starts in Andújar Natural Park, in South Spain. This area, covered by the usual Spanish Dehesa, is one of the very last places in the world when you can spot an Iberian Lynx (Lynx pardinus). 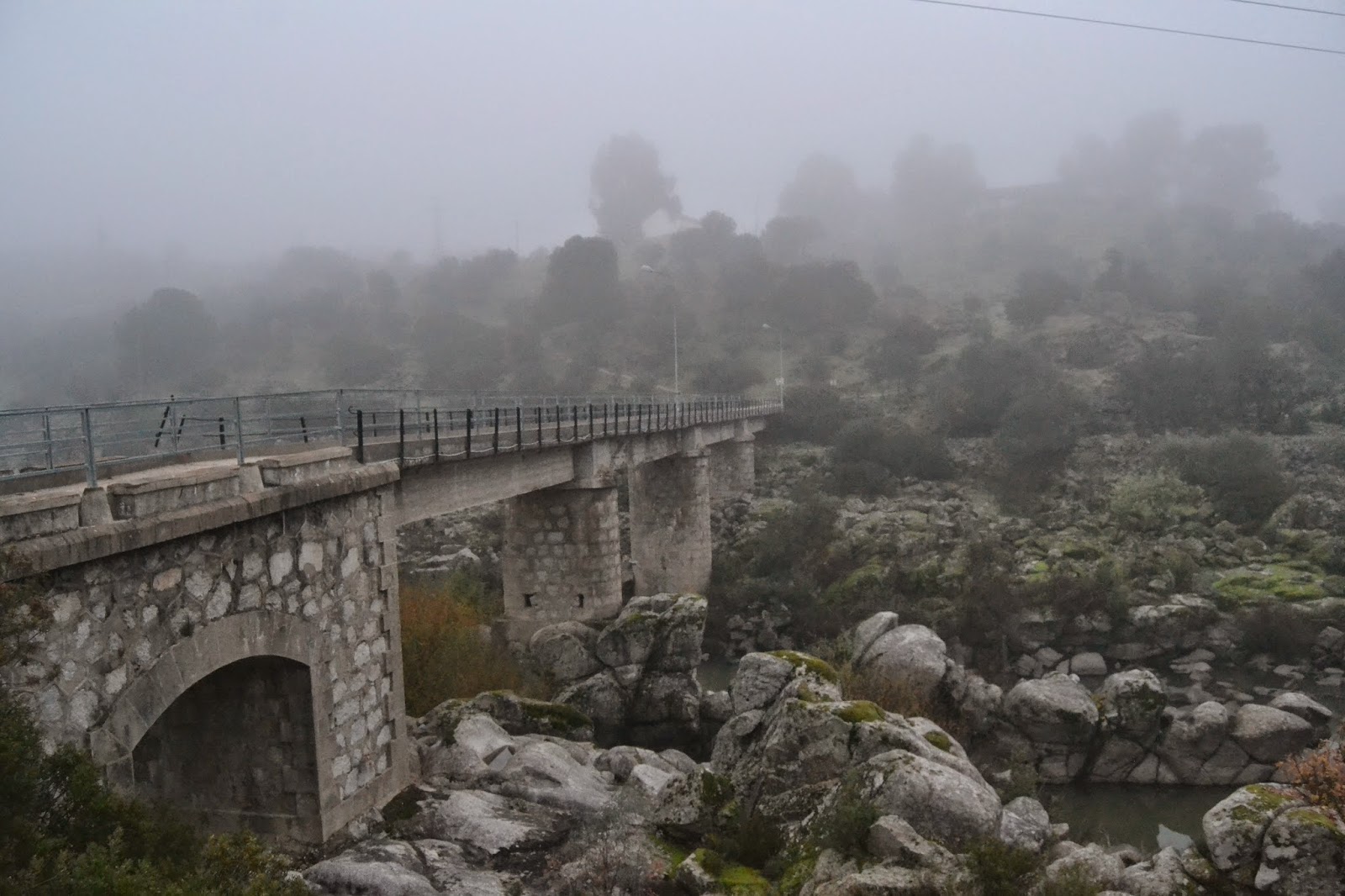 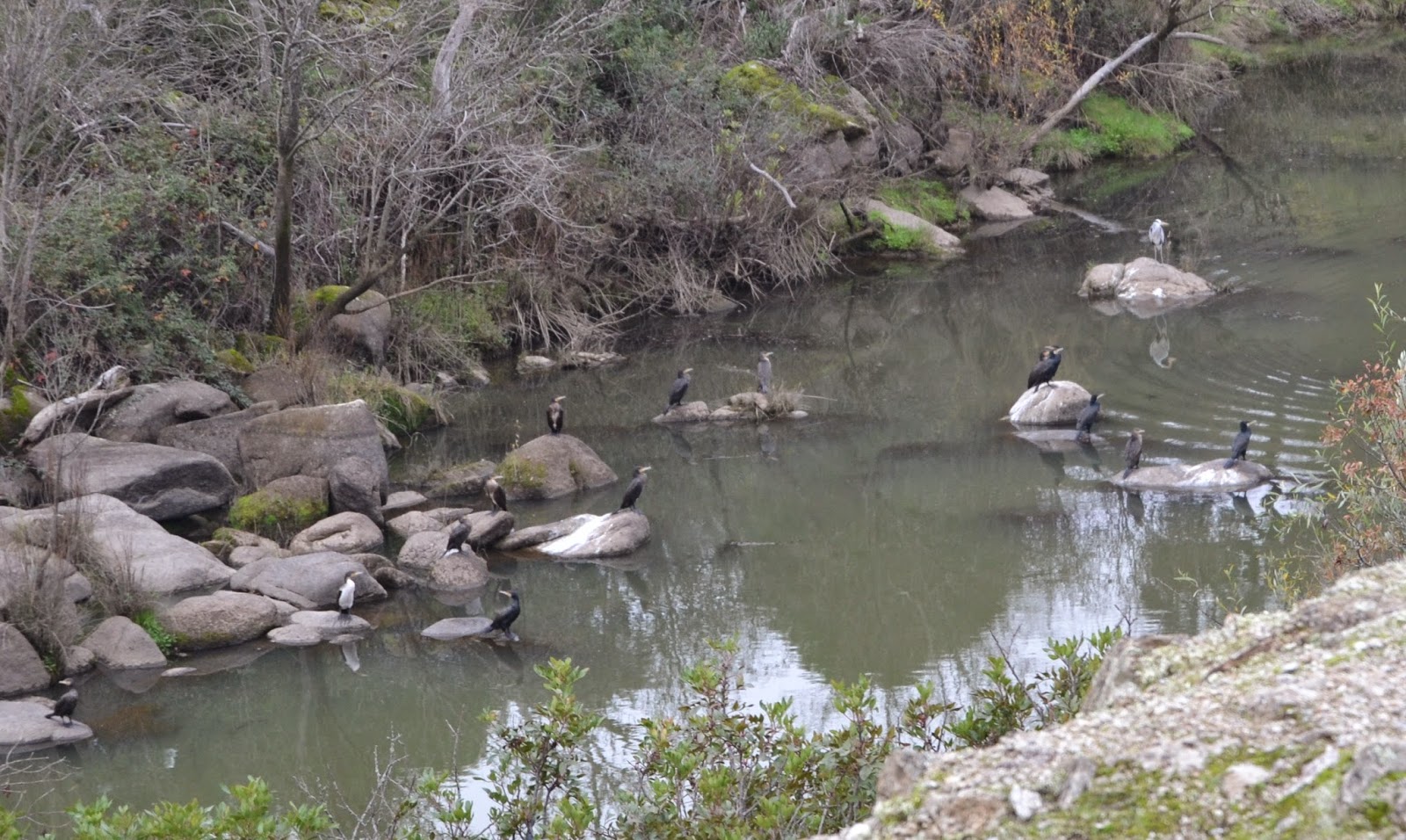 Many Great Cormorants (Phalacrocorax carbo) and Grey Herons (Ardea cinerea) are fishing while the fog starts to disappear. Then, in the distance, a funny call of a flock of Iberian Azure-winged Magpies (Cyanopica cooki). Just some minutes will pass until you'll see the first bird, usually followed by 20 more or so. And they behave just like a Babbler flock!

We decided to move up to the valley, to a place where is easy to a spot a Lynx from the distance. The trail crosses many Bull's pastures, that are also filled by an impressive density of Red Deers (Cervus elaphus) and Fallow Deers (Dama dama). 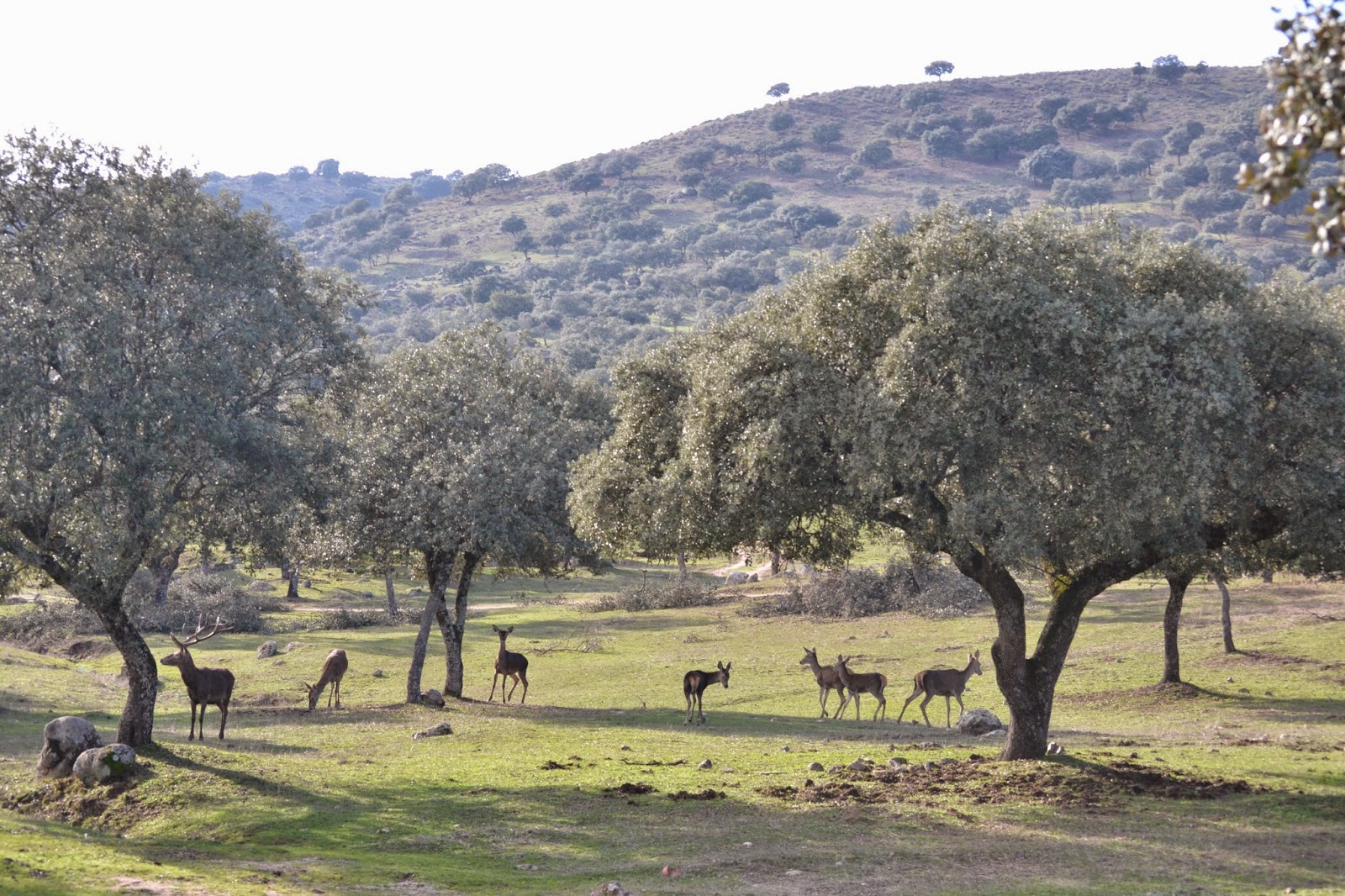 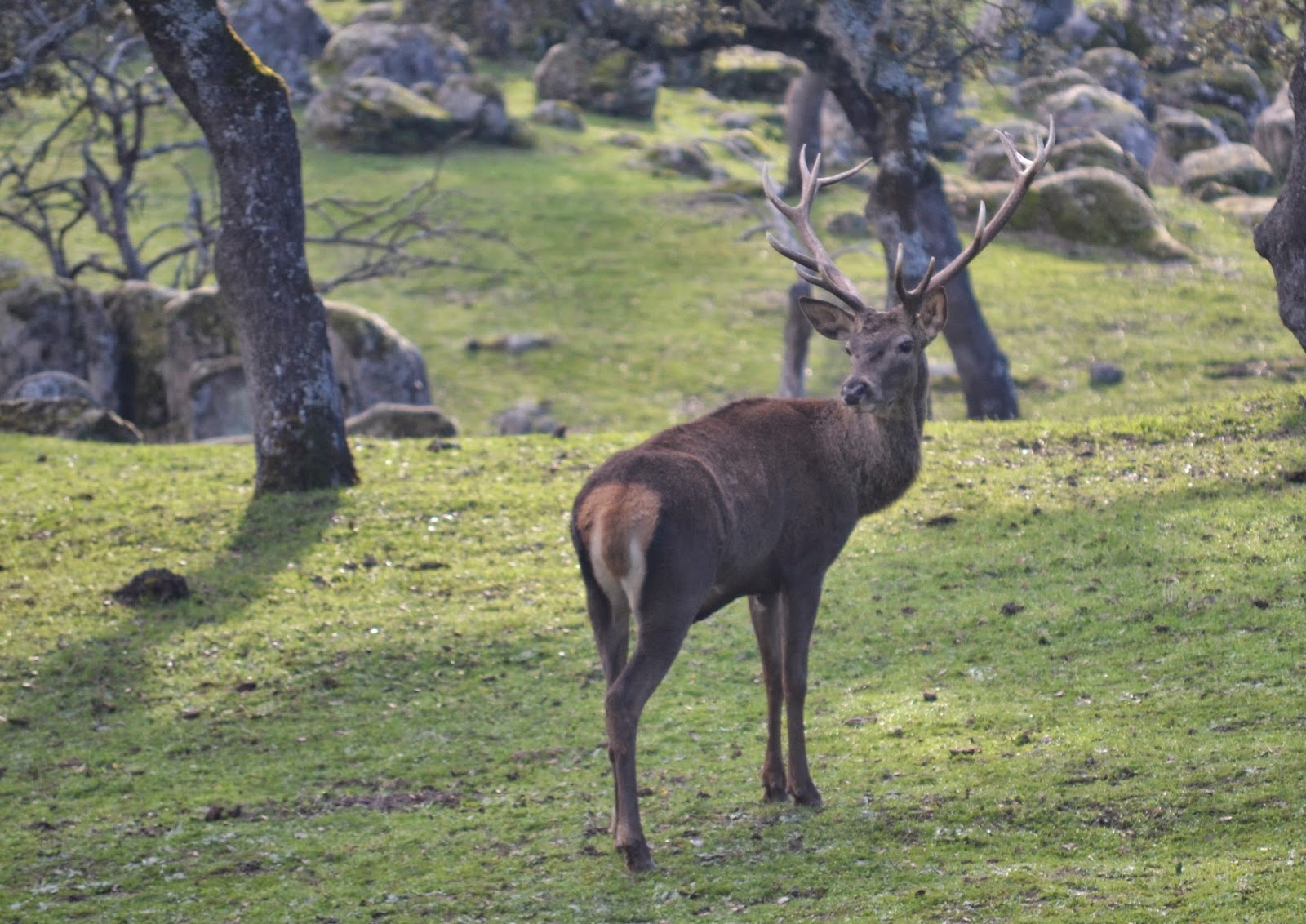 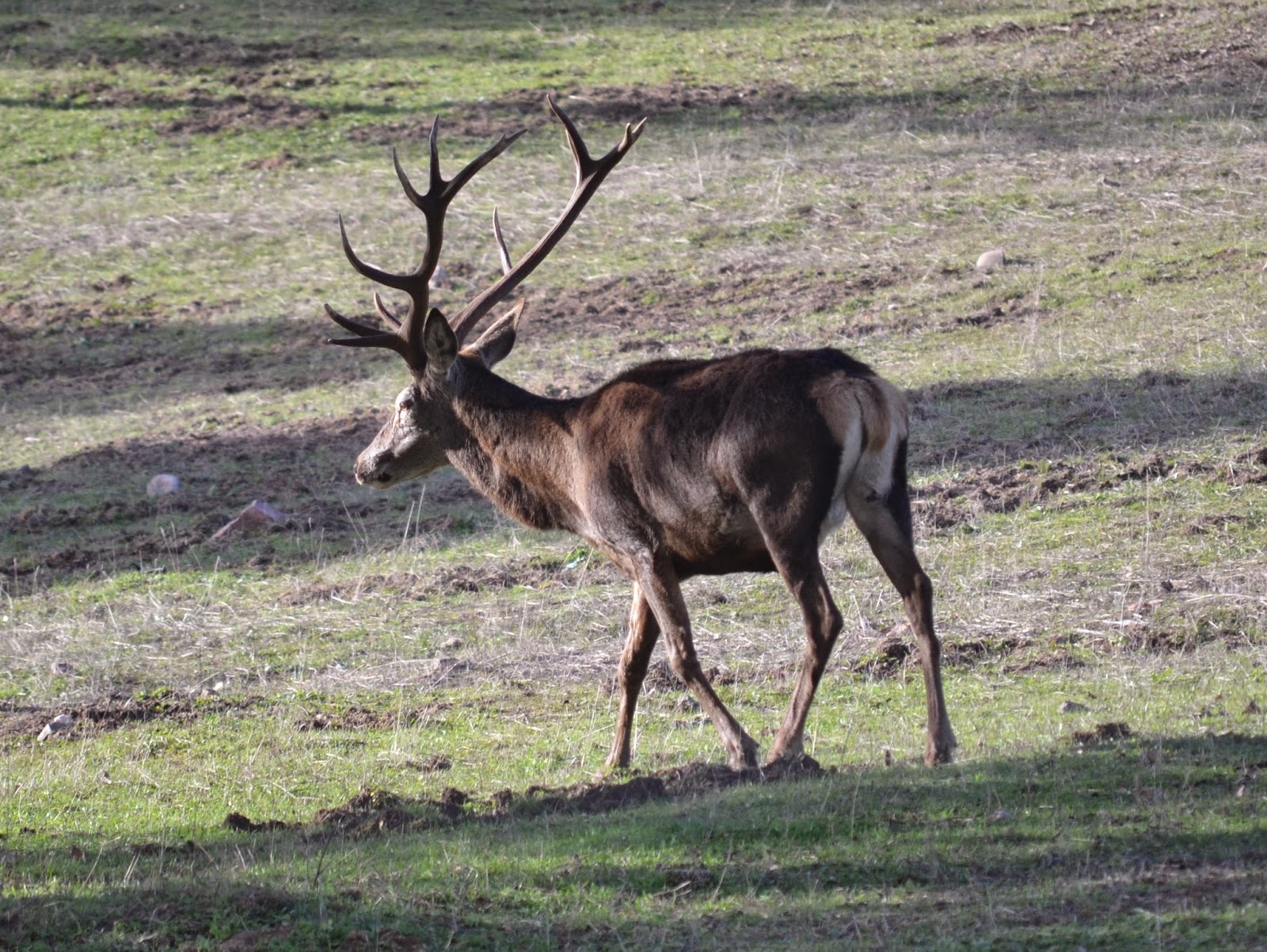 Rabbits (Oryctolagus cuniculus) and Red-legged Partridges (Alectoris rufa) are quite abundant in all the valley. They are the main food for Iberian Lynx, and the chances to see one are closely related to prey's densities. This winter seems to be bad for them, but still, we saw some around.

Actually, Rabbits and Partridges are the basis of many trofic chains. Spanish Imperial Eagles (Aquila adalberti) also depends on them. 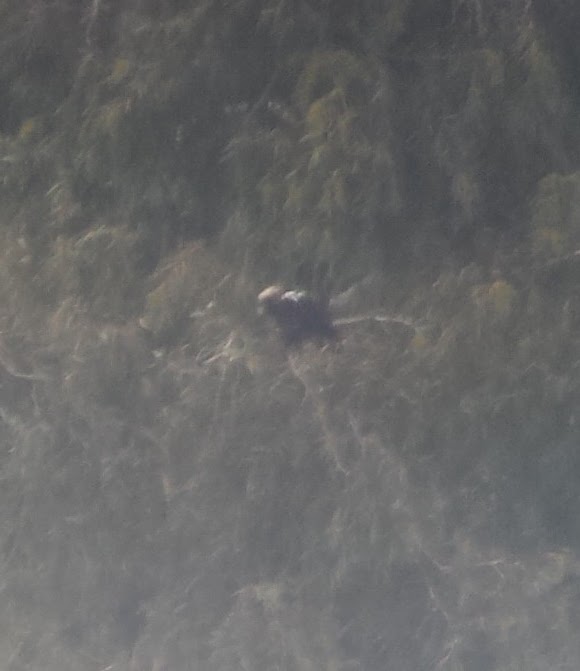 Ok, the photo is just to remember to moment.

Spanish Imperial Eagles are not the only big raptors in the area. Golden Eagles (Aquila chrysaetos) are also common, and two species of Vultures: Griffon (Gyps fulvus) and Black (Aegypius monachus). These last two species are almost equally common. 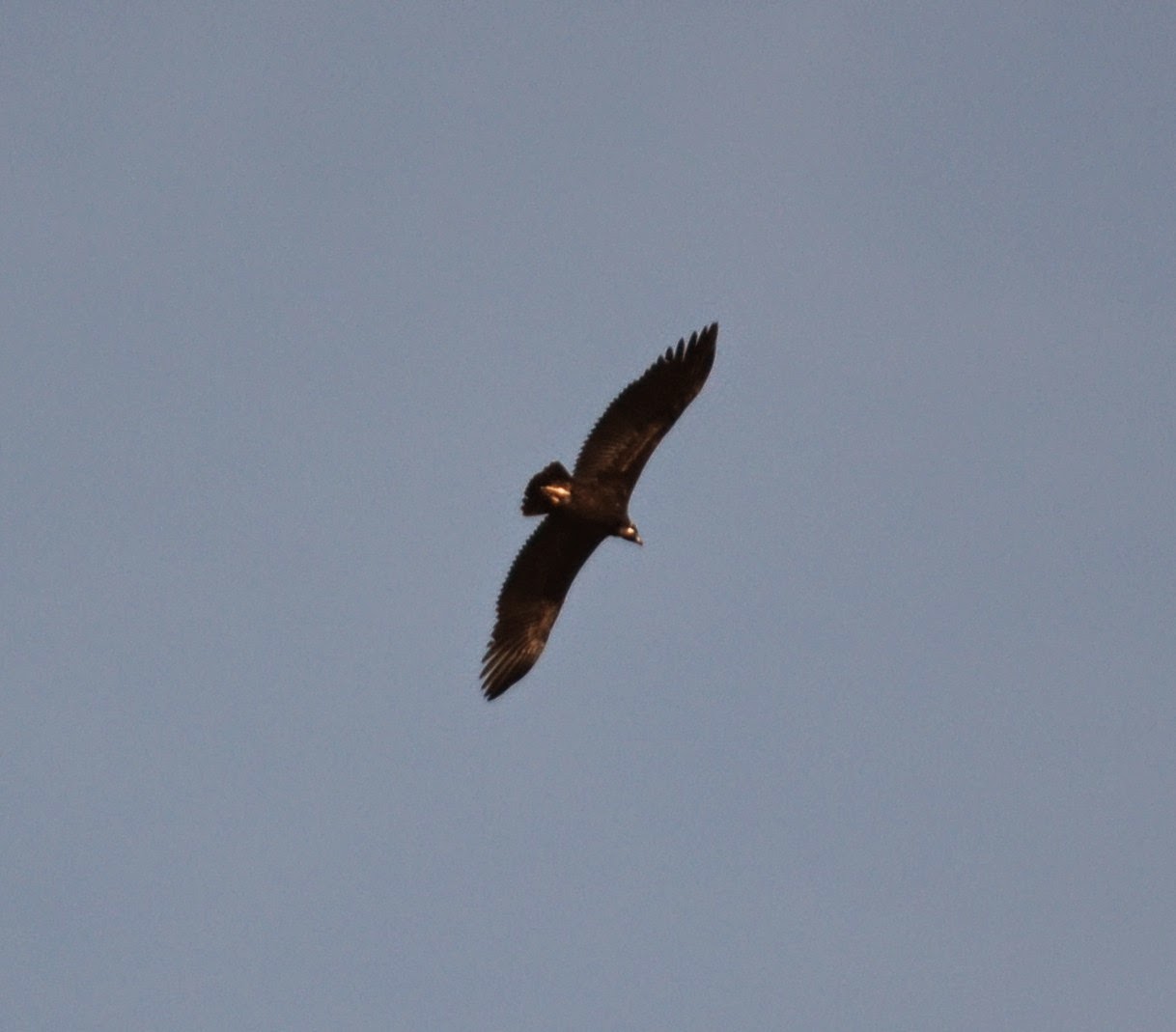 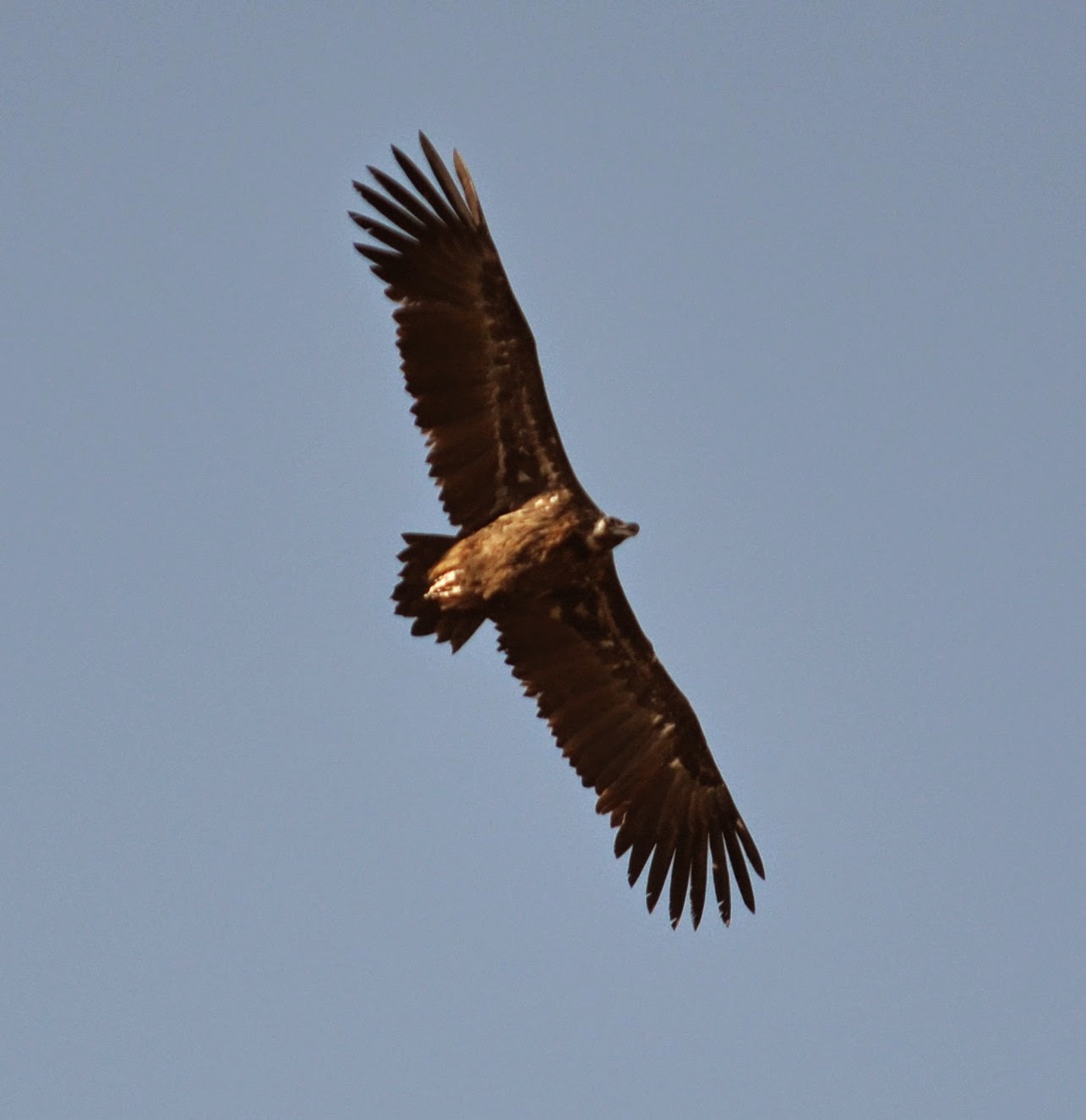 We spent the day checking every rock, every bush, but we only found 2 Mouflons (Ovis orientalis) as a different species. But sometimes what you need is just a bit of luck. We met two other guys that were looking for a Lynx, Juan Luis and Ferran. We met some times during the day, but it was in the afternoon when they just heard one male! We waited and, a few minutes later, we heard the meowing. And it was really close!
Soon, one bush that was about 15 metres started to be shaken suddenly. The Lynx was inside. We could spot it and, surprisingly, it went out and started to walk towards us. It crossed the trail just in front of us, ignoring our presence... 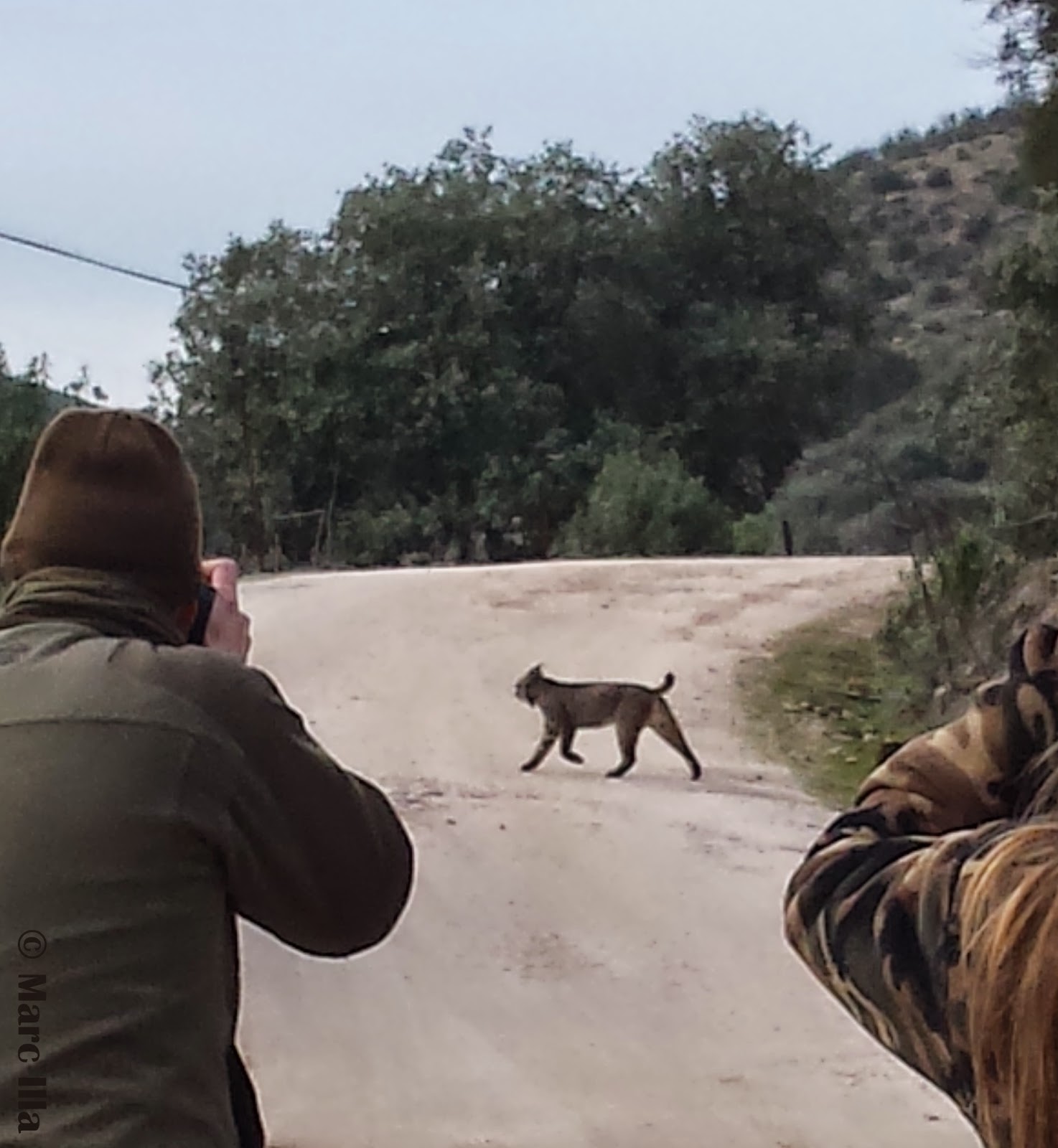 We saw it for an hour more, walking, and resting too... Breathtaking... 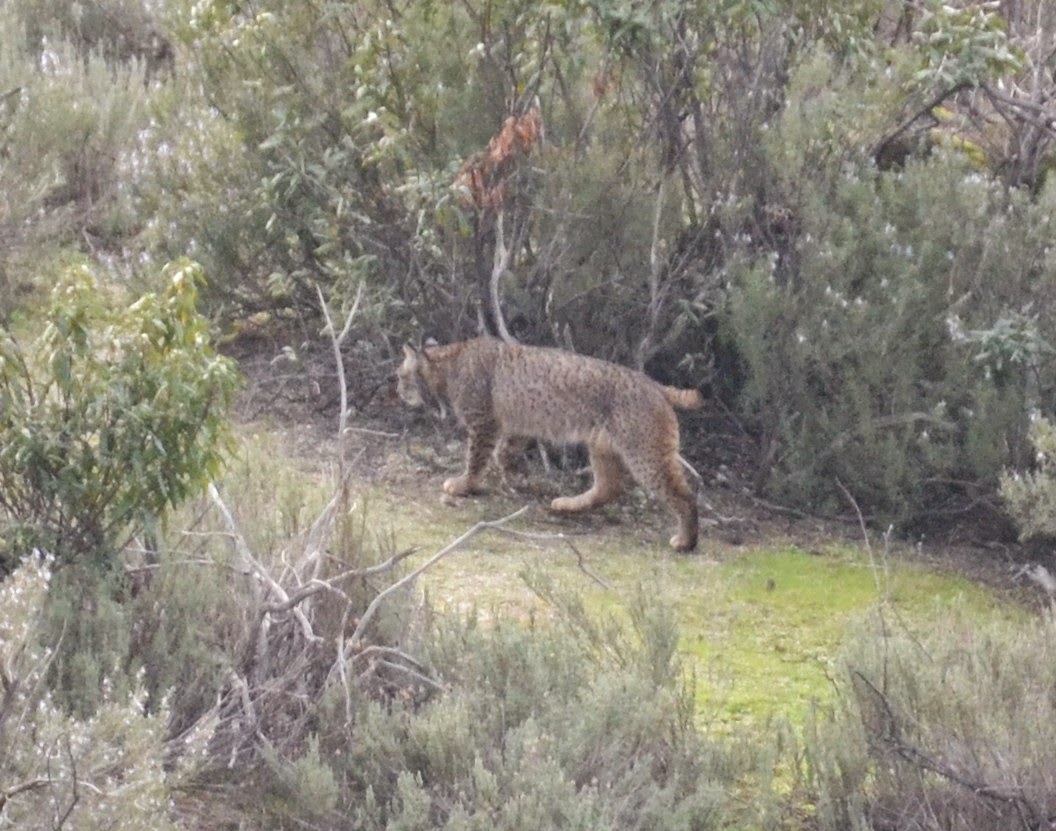 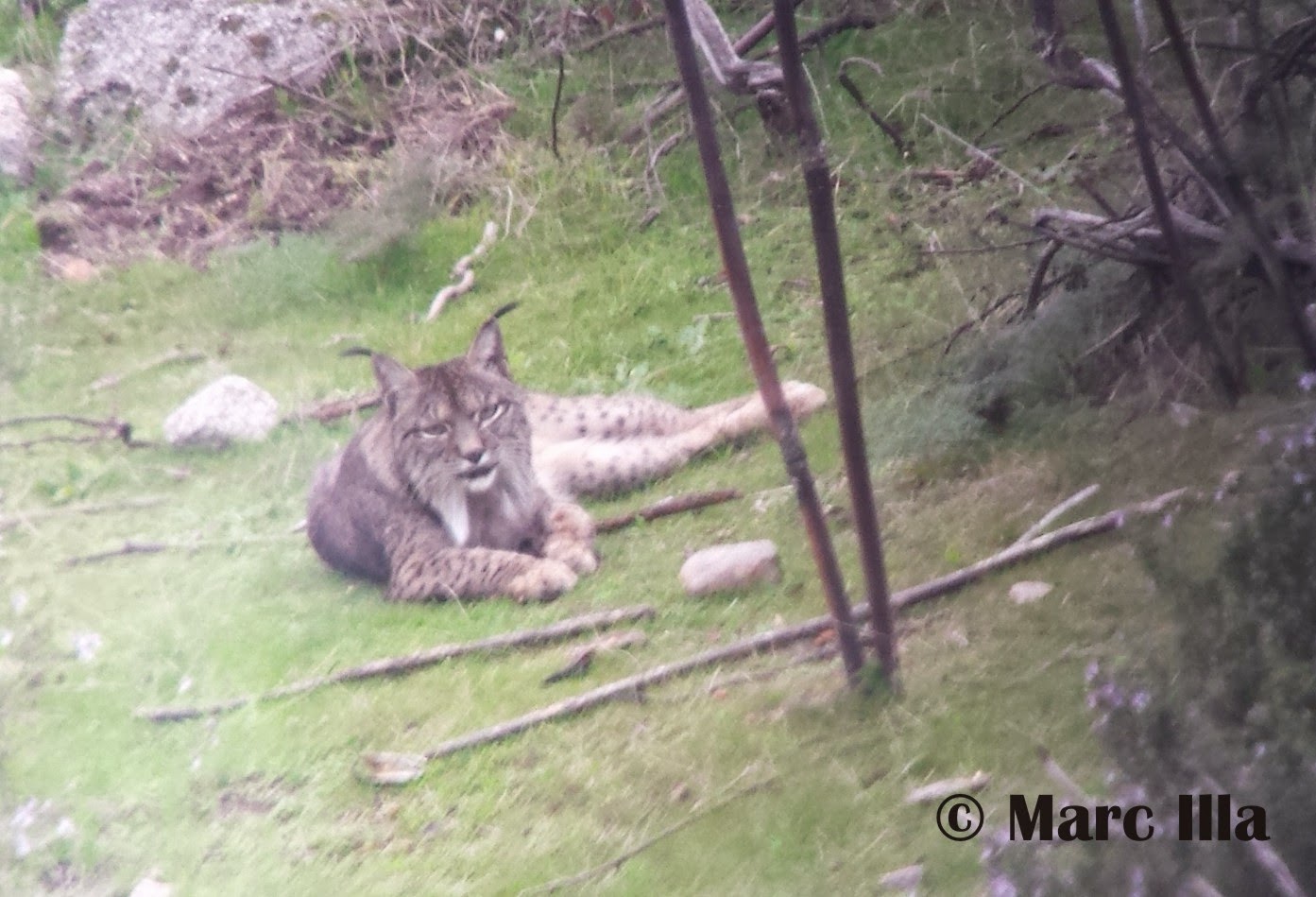 It was really really impressive to see, finally, a Lynx; and even more to do it in this way. Seemingly, we were extremely lucky! Now I undestand perfectly these traffic signs:
The Sun was starting to go down, giving really nice views of the valley... 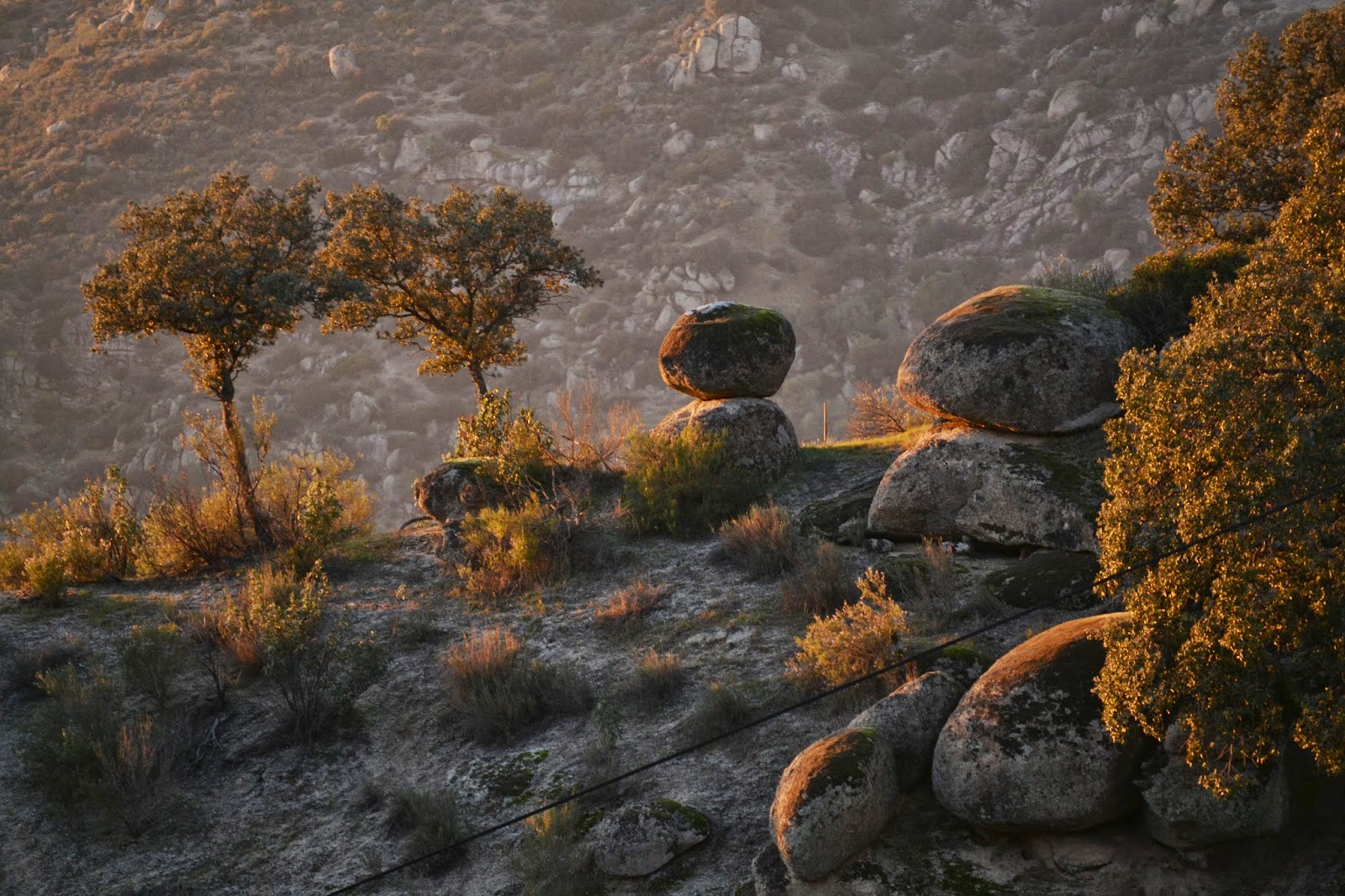 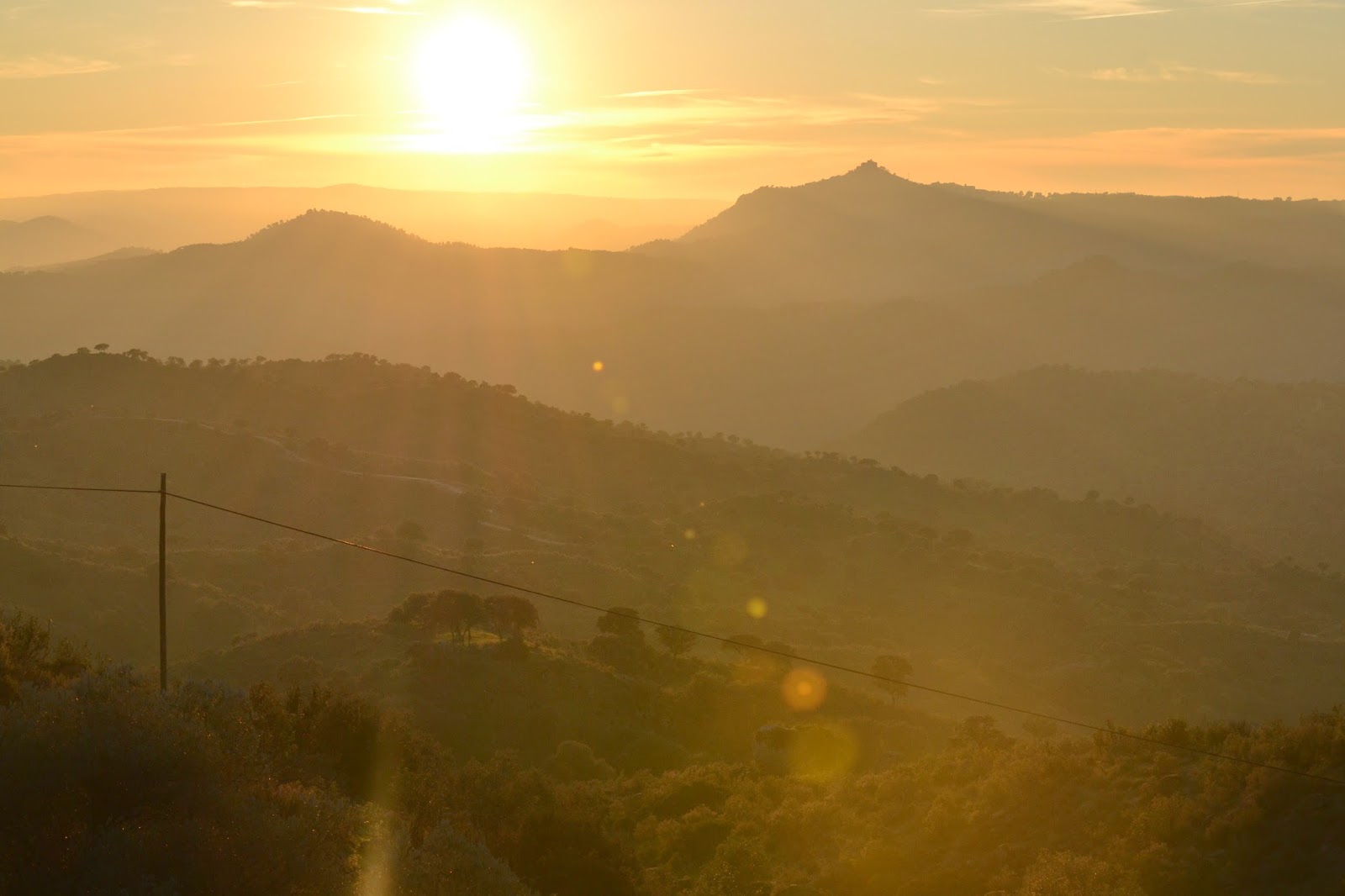 But yes!, there's a way do have even a nicer day. We ended up looking a nice sky, with an Eagle Owl (Bubo bubo) singing in the distance and, soon, a really unforgettable star-filled sky, 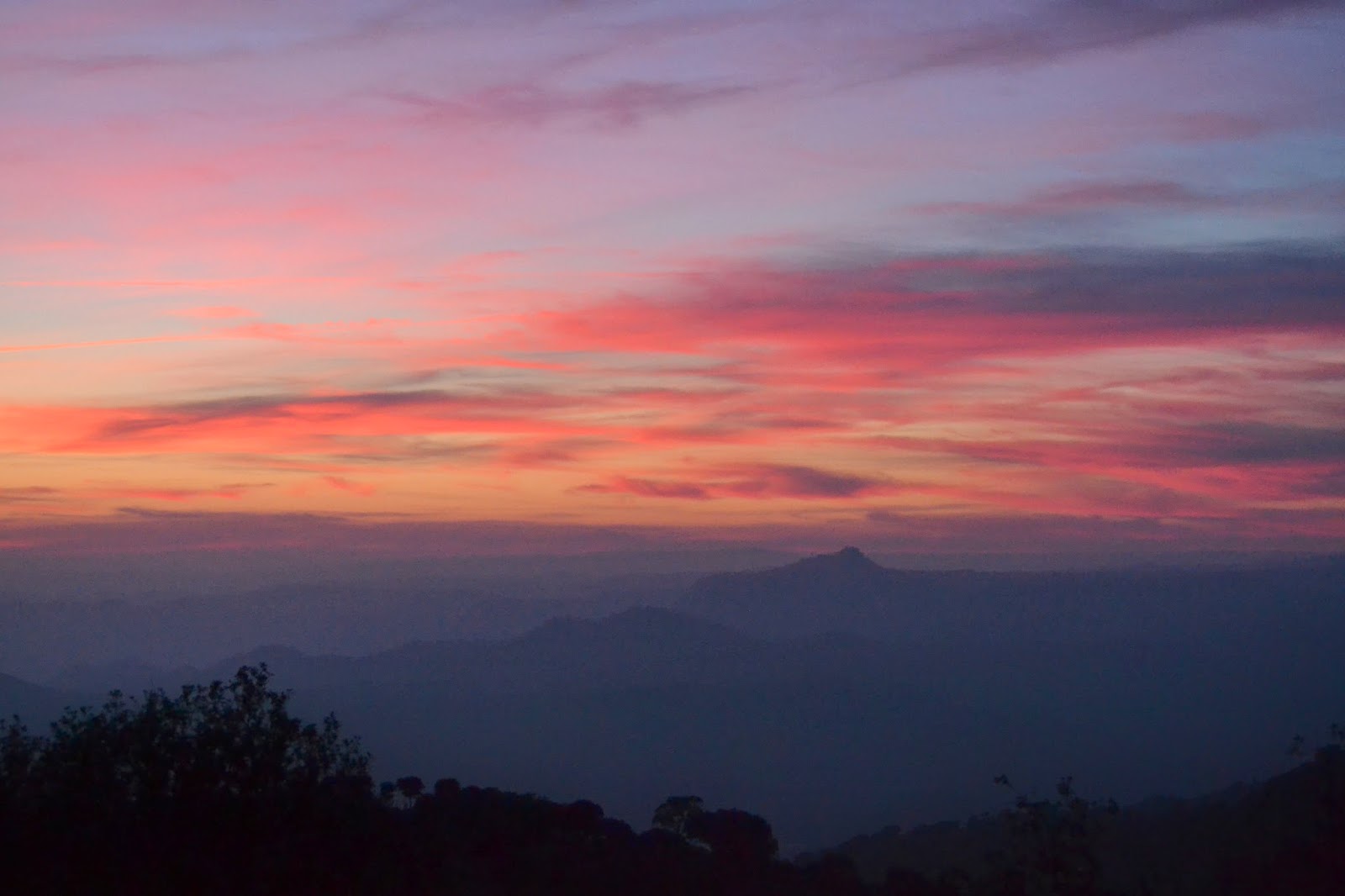 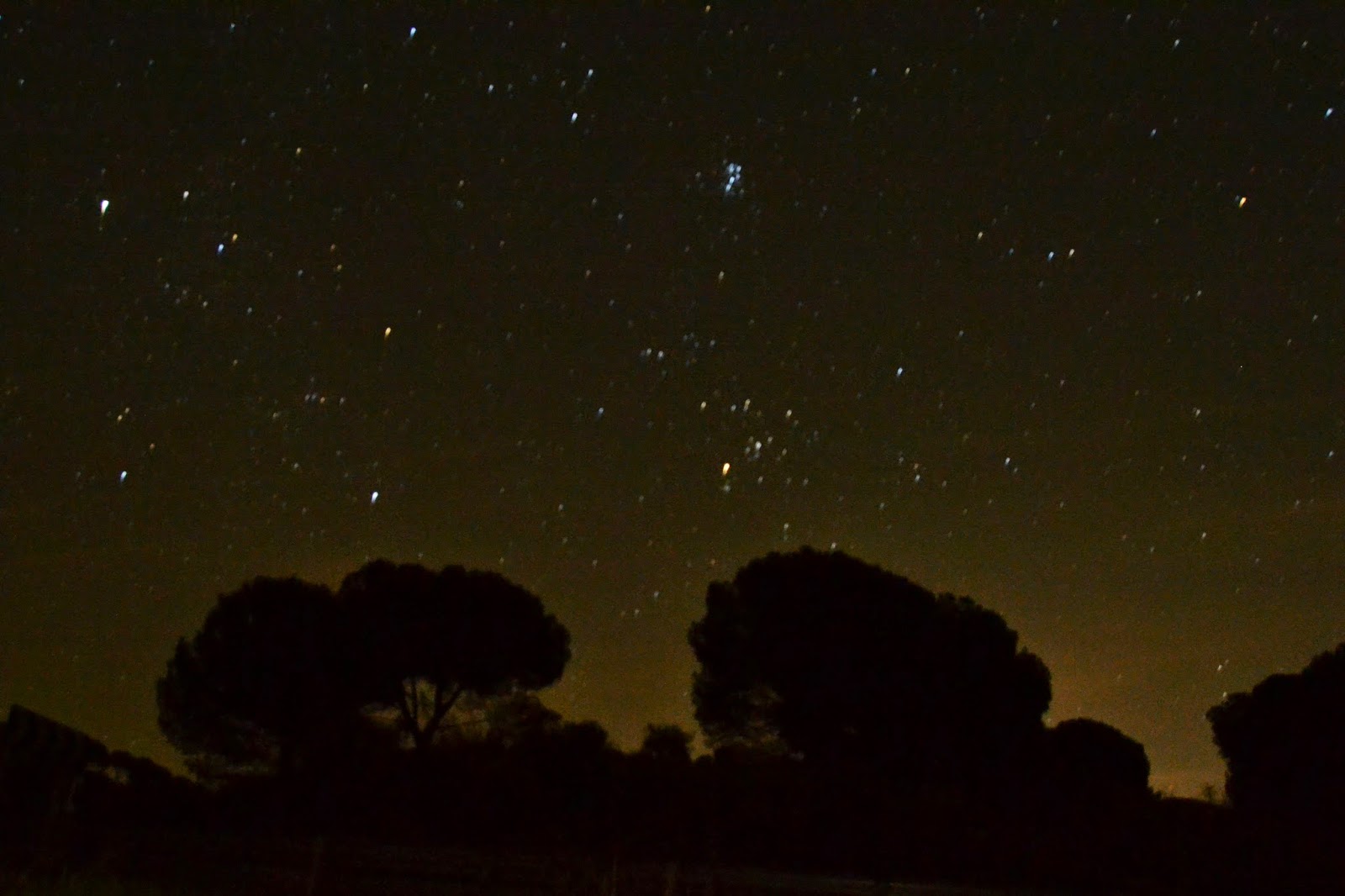