The start of a new season

Another year, another season. I'm back to Faslterbo, where I'll be ringing for two months in the Flommen reedbed. It's already the third season for me here, but all of them are always different. 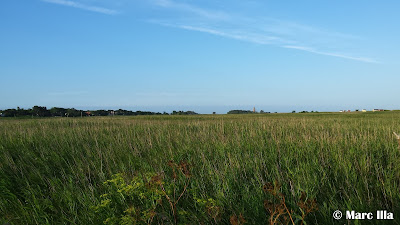 The first day of the season was specially good. We trapped 102 birds, but the big number was mainly because of the Swallows and Martins. We trapped 62 Sand Martins (Riparia riparia) and 12 Barn Swallows (Hirundo rustica), that were roosting on the reeds in the northern round. It was actually the second biggest catch of Sand Martins ever!! 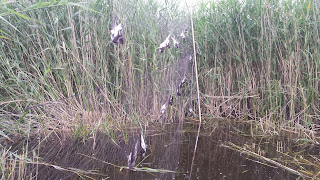 When I came, Björn told me a dead Bearded Tit (Panurus biarmicus) had been found by the reedbed. It is still very early for migrating Panurus, so it was suggesting a possible breeding in Flommen. During the first day we trapped 2 youngsters, both males, and during the following days, we got 3 more: a total number of 4 juveniles (3 males and 1 female) and 1 adult female, so far.
Not all are good news. After talks with different friends, it seems that the breeding season has been really bad for many species. Both May and June were very cold, and there's apparently less insects than other years, specially in the reeds. This feeling is actually noticeable in the ringing totals, cause almost 20% of the Warblers caught were juveniles, and there is apparently many less Reed Warblers (Acrocephalus scirpaceus) in the reedbed.

Indeed, if we don't count the hirundines, we are catching just a few birds. It will be really interesting how the season goes. At least we have trapped a bit of diversity.. 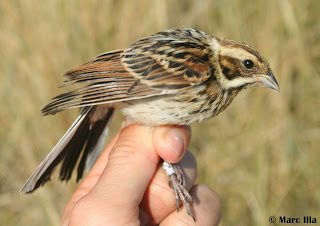 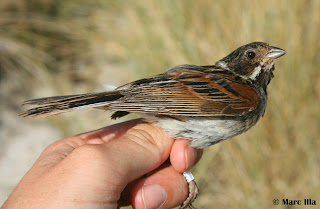 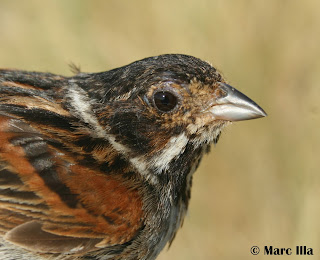 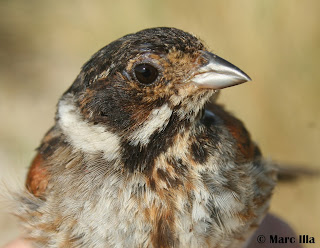 In the lighthouse, Caroline and Sophie trapped this young female European Green Woodpecker (Picus viridis viridis), a very nice catch, specially if we look at the totals: the last one was ringed in 1995, and is just the 5th ever! 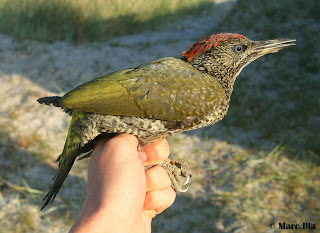 It really surprised me how dark and mottled was. I had only seen Iberian Green Woodpeckers (P.v.sharpei) before! Here is a comparation of both subspecies. Also, the one in the bottom is a male: note the red moustache. 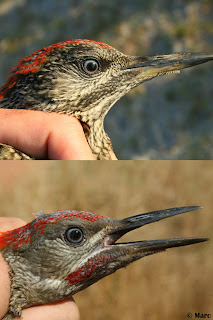 We spent one afternoon in Knösen for the bird counts we got very nice views of about 200 Barnacle Geese (Branta leucopsis) feeding.

We are having some windy and rainy days lately, but I still have a very nice feeling for this season.