This summer I had an extraordinary opportunity to join some Finnish friends to a ringing trip around Lapland. I'm very very grateful to Roni, Jarkko, Petteri and Vilppu for such a nice experience!!!

We travelled from the central part of Finland to the northern part, close to the borders of Norway and Sweden. On the way north, we stopped in several places, that complemented very very well the trip I had last year to Finland and Norway. And most importantly, we had a lot of nice birds!!

Visiting old-growth spruce forests was a very magical experience, especially when watching closely some of their nicest inhabitants, such as the Bluetails (Tarsiger cyanurus) or Three-toed Woodpeckers (Picoides tridactylus). 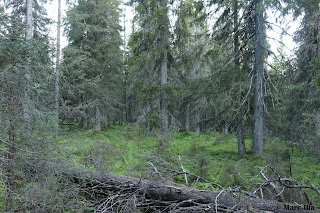 Owls and Grouses vary in abundance within years due to population dynamics. For instance, it is well-known that the amount of prey available for owls (mainly rodents) influences to the breeding success and therefore to the abundance of several predator species. In my trip last year, we saw several Hawk Owls (Surnia ulula) since it was a very good year for the species, but not for other owls, and we saw no Black Grouses (Lyrurus tetrix) or even no Willow Grouses (Lagopus lagopus). This year the situation seemed a bit better for Grouses, but it was still not very good for Owls and especially bad for breeding Hawk Owls. Anyway, just in the beginning of the trip, we had a great observation of a Great Grey Owl (Strix nebulosa) perched by the road that I will never forget...

On the way to the north, we stopped at several places to enjoy some of the greatest treasures of  Finland...
The main target of the trip was to reach the hills in Lapland where Dotterels (Charadrius morinellus) breed. For some years they have been ringing adults and chicks in the breeding grounds. Thanks to the use of white plastic rings, it has been confirmed that they return to the breeding grounds regularly. And this year, in collaboration with other ringers from Finland and from Norway, we helped on deploying geolocators to breeding Dotterels. 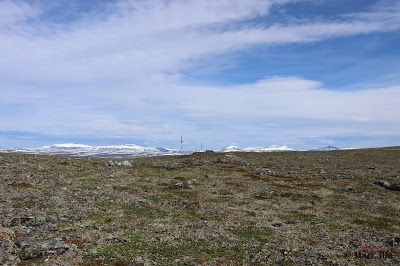 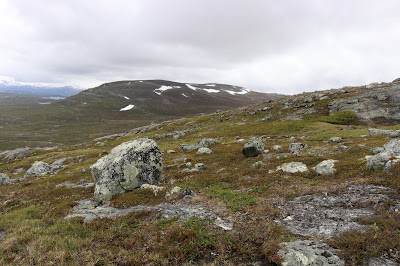 There are many nice breeding species up there. The large amount of insects, particularly mosquitos, is (apart from being a bit annoying...) a great food source for many birds. This year, though, the spring arrived quite late, with a very cold May when it snowed quite much everywhere. The breeding season up here is quite short; most of the species are migrants that come here, breed, and leave after to avoid the cold and tough times. So this year, with very late snow and cold spring, most of the species failed the apparently failed the beginning of the breeding or simply skipped it. That was very noticeable in the low densities of waders in good habitats, or the late clutches of several passerines. Still, we managed to see most of the nice species!
In more rocky areas, Ptarmigans (Lagopus muta) and Snow Buntings (Plectrophenax nivalis) appear. We were lucky to see several individuals from both species, and also to get some! 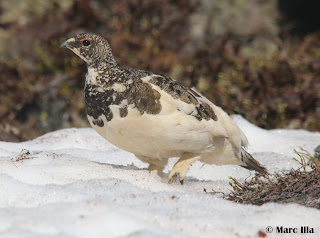 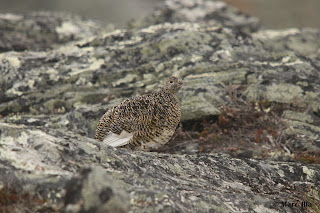 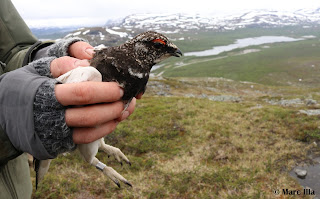 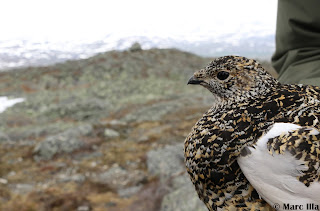 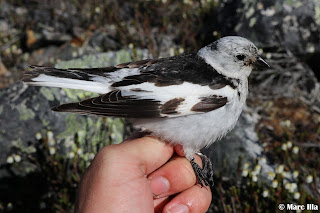 On the birch forests that grow on the sides of the tundra fjäll, there are several very nice bird species breeding.
Suddenly, lakes may appear and they usually are packed with very interesting waders, such as breeding Red-necked Phalaropes (Phalaropus lobatus) and Temminck's Stints (Calidris temminckii). 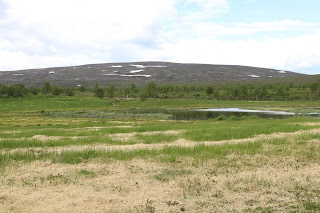 We could ring this very nice Temminck's, one of the species that has been studied recently to reveal their amazing journeys from the breeding grounds in the tundra to the far south wintering sites. For more information about Temmick's migration I recommend this paper Lislevand & Hahn 2015. 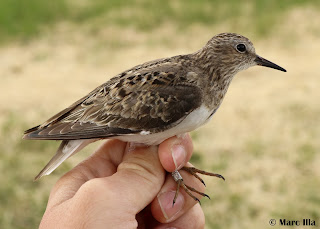 In lower areas, extensive mires are the home of several other wader species, such as Wood Sandpipers (Tringa glareola), Ruffs (Calidris pugnax), Broad-billed Sandpipers (Calidris falcinellus)... It was amazing to see the latter species displaying in flight! 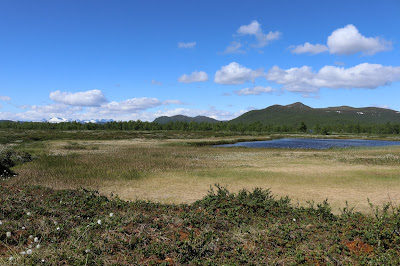 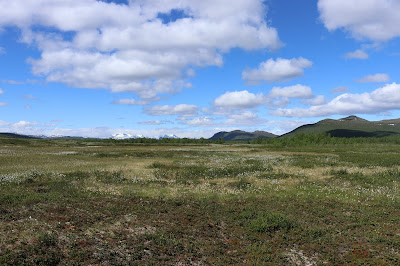 Siberian specialities such as the Siberian Jay (Perisoreus infaustus) or Siberian Tit (Poecile cinctus) are found more commonly in old-growth Scots Pine (Pinus sylvestris) forests, that are usually quite well-covered by lichens. 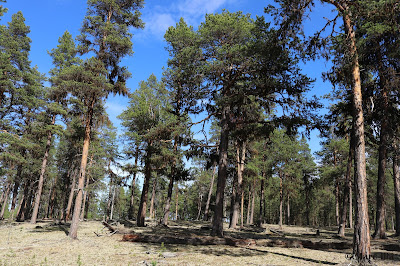 Closeby, we ringed a family of Dippers (Cinclus cinclus cinclus). I was expecting the adults to be completely black in the underparts, without this broad brownish-red 'belt'. 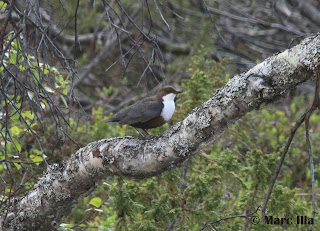 Between hiking journeys to reach Dotterel's breeding areas, we also had some time for the interesting ringing of some breeding Redpolls (Acanthis flammea) and also some Twites (Linaris flavirostris).

Having deployed some geolocators to some Dotterels and enjoyed most of the local breeding birds, we started our journey back to the south, having some more interesting stops on the way. If you are a foreigner you may love to see a Moose (Alces alces) this close to the road, but then you realise how big they are and how you prefer them to be away from the roads. 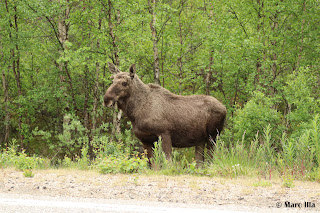 Among others, we had a brief stop to check Blyth's Reed Warblers (Acrocephalus dumetorum), which was very interesting for me! They really feel different from a Reed Warbler, especially in hand.. 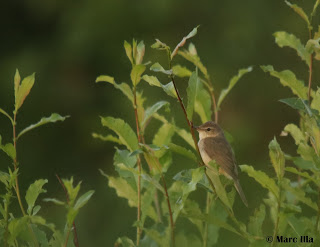 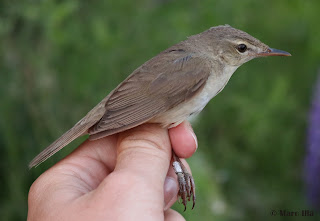 Other highlights were these two nice species!
A really amazing trip that I will always thank my Finnish friends: Kiitoksia!!!
Posted by Marc Illa at 1:56 PM