On Friday, I went with some friends: Joan, Bernat, Guillem, Anna and Carla, to Berga. Yesterday in the morning we went to La Creueta pass, near La Molina ski station. We walked around 1900 meters all morning, in differents parts of the pass. 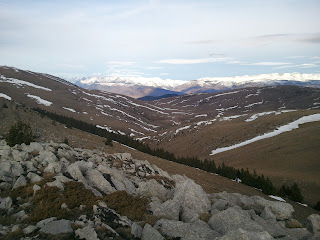 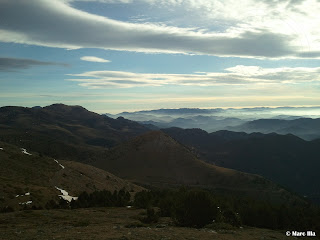 Joan, who drove the car, saw 5 Grey Partridges (Perdix perdix) very close to the road. Then, we saw a Pyrenean chamois (Rupicapra pyrenaica) and when he had just arrived, Carla found an adult Bearded Vulture (Gypaetus barbatus). Nice start! 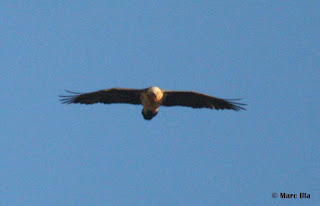 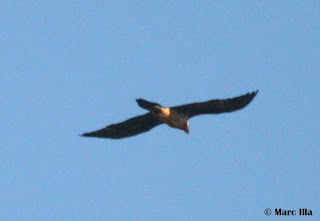 We walk a little bit between rocks and snow. The first Snowfinch (Montifringilla nivalis), the day's target, didn't be late. I heard a bird calling, and soon they appeared in front of us. One, alone. 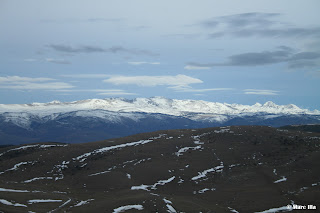 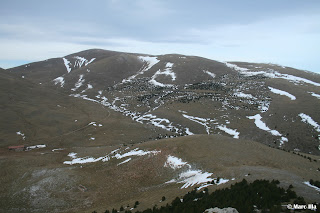 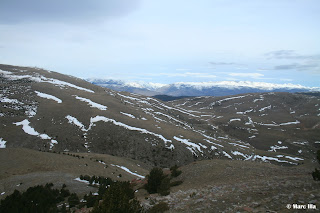 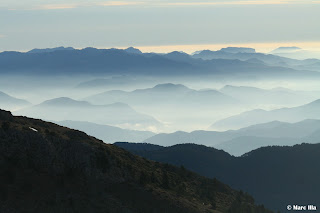 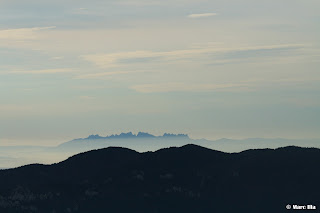 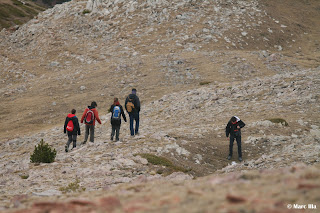 Later, close to a Pinus uncinata forest, we found flocks of some species. 6 Alpine Accentors (Prunella collaris), 1 Ring Ouzel (Turdus torquatus), 1 Fieldfare (Turdus pilaris), some Mistle Thrushes, Goldfinches (Carduelis carduelis), Greenfinches (Carduelis chloris)... and also a group of +10 Bramblings (Fringilla montifringilla). After the nice mountain morning, we had to come back home quickly. Just before leave the pass, a +20 flock of Snowfinches (Montifringilla novalis) appeared. We had a great start, a great ending.... a great morning.


Today, I went to Lleida with my father. Firstly, we decided to go to Utxesa, an interesting reservoir with a lot of reedbeds. The fog was the main difficulty; we couldn't see anything. So we decided to go to Fondo de Llitera ricefields, another interesting zone.
The fog was already there... what a bad day! The ricefields were full of Northern Lapwings (Vanellus vanellus), but the fog didn't allowed to found the Sociable Lapwing that had to be there!! ;-) 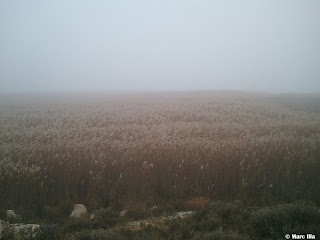 We decided to go to Sebes Natural Reserve, in Flix. It's a really good place to see very well (and very close...) the Great Bittern (Botaurus stellaris). The fog had disappeared, and we wait for a couple of hours. We met Eladi Ribes and Jaume Duaigües ringing and I joined with them for a while. We didn't see the Bittern, but I could take some Kingfisher's (Alcedo atthis) photos, and also a Great Cormoran (Phalacrocorax carbo) was so nearby. 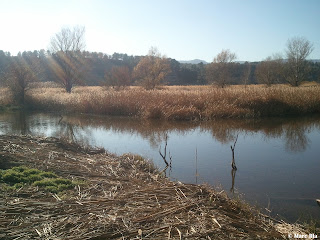 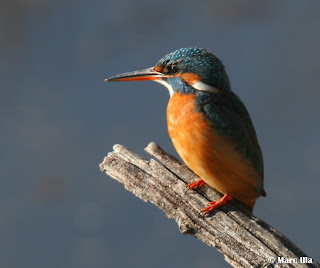 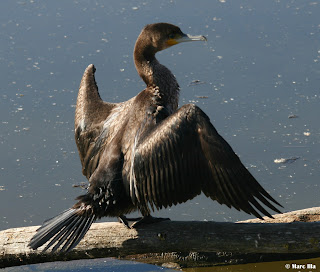 At two o'clock, we return to Utxesa. We hoped that fog had completely disappeared... 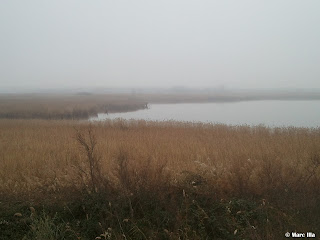 But there it was. At least, we could see a bigger part of the pond. Minimum 3 Bearded Tits (Panurus biarmicus) called in the reedbed, and 11 Mute Swans (Cygnus olor) swam in the reservoir. 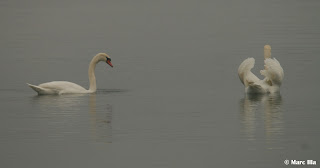 The 'star-bird' today was a totally unexpected Great Northern Loon (Gavia immer) that was found the day before for Miquel Vall-Llosera, who shared the sighting in www.ornitho.cat and NoNaPo mailing group. Congratulations, Miquel, for this interesting observation! 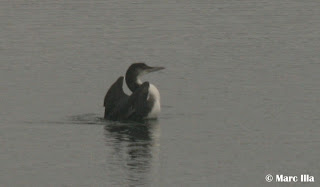 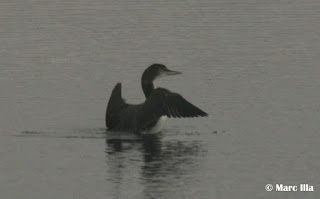 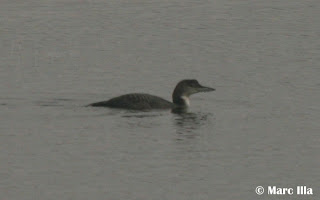 I didn't use to see Gavias in calm waters, out of the sea...
I think it was an 1cy in winter plumage, because of the white borders in mantle and scapulars, although the dark head, the ivory beak and the contrast on the mantle. All opinions will be very welcomed! (sorry about the bad photos, combination of fog and distance)
Posted by Marc Illa at 3:07 PM