No!, although I quite like them, I'm not gonna talk about turtles. I've been wondering why the hell Turtle Doves (Streptopelia turtur) are called 'Turtle', and the conclusion is (I found it somewhere on Internet) that 'Turtle' means something about the call.

Well, the thing is that the other day, after the GS Eagle photo session, we visited a Turtle Dove that was found there in December. 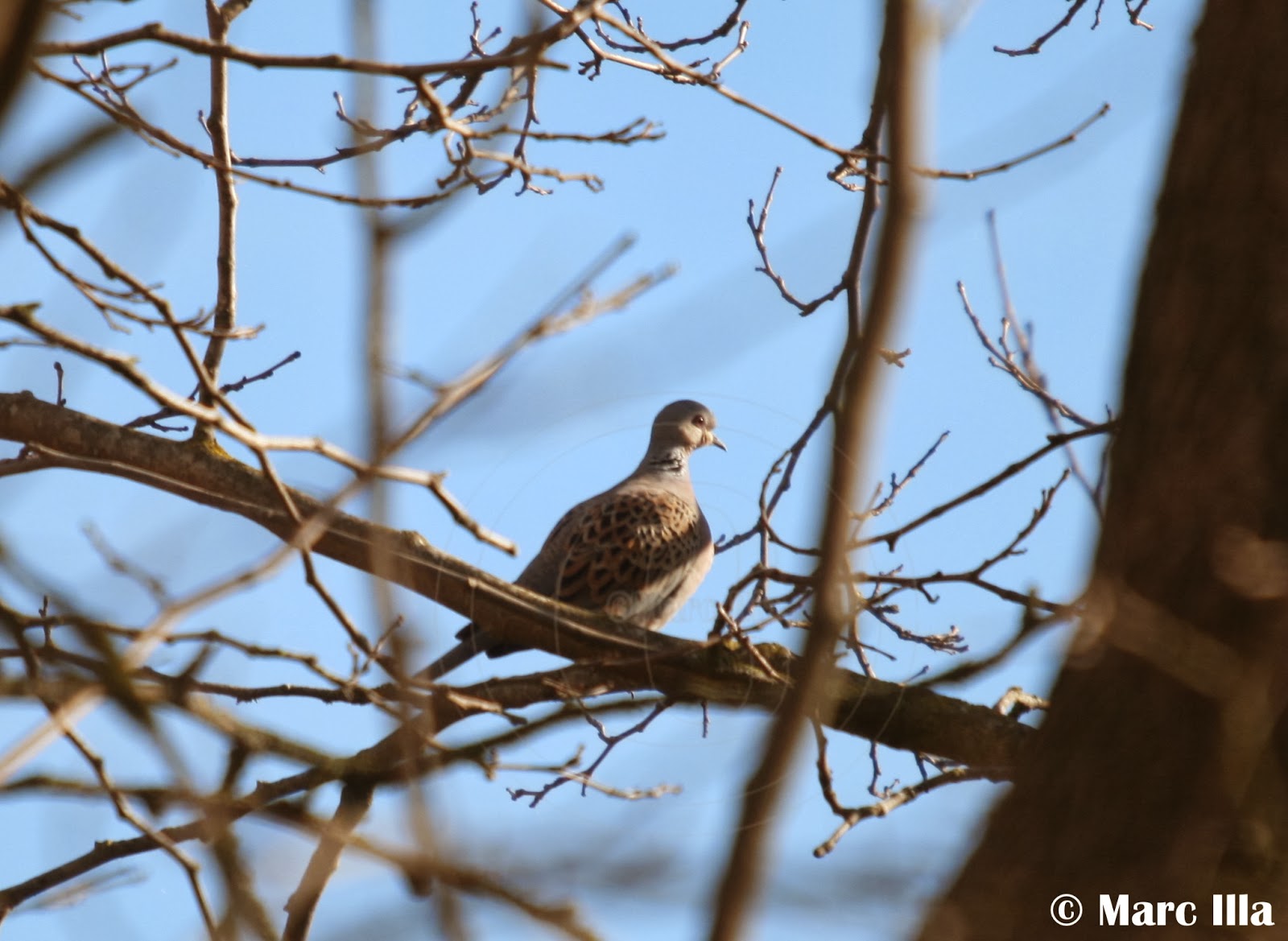 When I saw the bird, some contrasts between wing coverts attracted my attention. I remembered some birds that I trapped in Menorca in spring last year with apparent moult limits in coverts, but in this case, it really seemed an actual moult limit. The bird flew soon, and I wouldn't bother it anymore, so this thing remind in my head.
Already at home, I looked for this interesting post, in Alex Ollé's blog, where he discusses some points about Rufous Turtle Dove ID and this bird. In the end of the page, he have some photos where I could see some more things.

As the bird had obvious worn retained primaries I started thinking about a 1w, but I needed to look for information to can say something, I'm not used to age this birds in winter. Cramp et.al. (1985) say that adults undergo a complete postbreeding moult that sometimes can be suspended or started in winter quarters (so not finished in the breeding areas). Those birds that suspended its moult had between 1 and 4 inner primaries, but there were checked just a few birds in this study (Swann and Baillie 1979). Also, the major part of these birds did a partial body moult and then migrated. Juveniles do a complete postjuvenile moult, also with big variation in terms of timing. As Cramp says, some birds that had hatched earlier do a suspended moult in autumn, with 1-4 inner primaries new and some body feathers also replaced. But later-hatched birds usually migrate in fully juvenile plumage, and sometimes start with primaries still growing! (look, as an example as later-hatched, this 1st-year in 20th September, migrating but still with all plumage juvenile)

After the postjuvenile moult, a few birds can retain 1-2 outer primaries, and usually one or more secondaries. Baker (1980) says another interesting and useful character to age in spring: the tip of the outer median primary coverts, that usually are covered by the alula. These feathers are tipped brown in 2nd-years, but grey-blue in adults (as the rest of wing coverts). In my experience some birds can just have one or two median PC tipped brown, but we can assume is enough to age these birds as 2nd years.
Going back to the Aiguamolls bird, the contrast in the wing coverts should indicate that this bird did a partial body moult before migration. The retained wing coverts are obviously not juvenile pattern, so I think that for this, the bird can be aged safely as an EURING 6. Looking on Internet, I've found this first-year with some wing coverts moulted. The retained ones are clearly different.
Then, the extension of moult has confused me a bit, but also support the EURING 6 theory. It seems that the Aiguamolls bird had moulted 7 primaries, and initially I thought that also all secondaries, thing that was a bit weird for me. Looking photos of the wing with proper resolution, I reckon that some secondaries seems to be also retained, but they are apparently as long as the moulted ones, and not with a very pale tip. 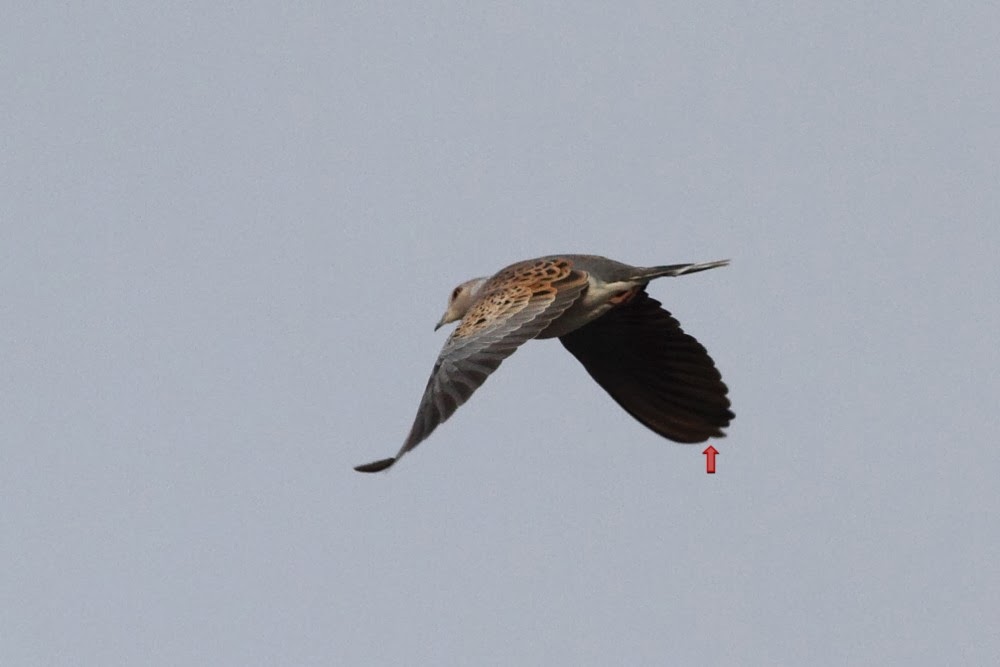 I want to say thank you to Àlex Ollé, for his photos and helpful comments, and to Raül Escandell for the great time we passed together in Menorca where I learnt about Turtle Dove and other migrants. Also, thank you to other members of SOM (Ornithological Society of Menorca) that make thing like the spring ringing campaign possible!
Posted by Marc Illa at 12:52 PM