Lasts days I've been so busy. I had to forget about a trip to Galicia (NW corner of Spain), and I only could do some birding one day and a half this last week of holidays...

Together with Joan Manubens, we had to do a visit in the Pyrenees, and we managed to go to Collegats during lunchtime. 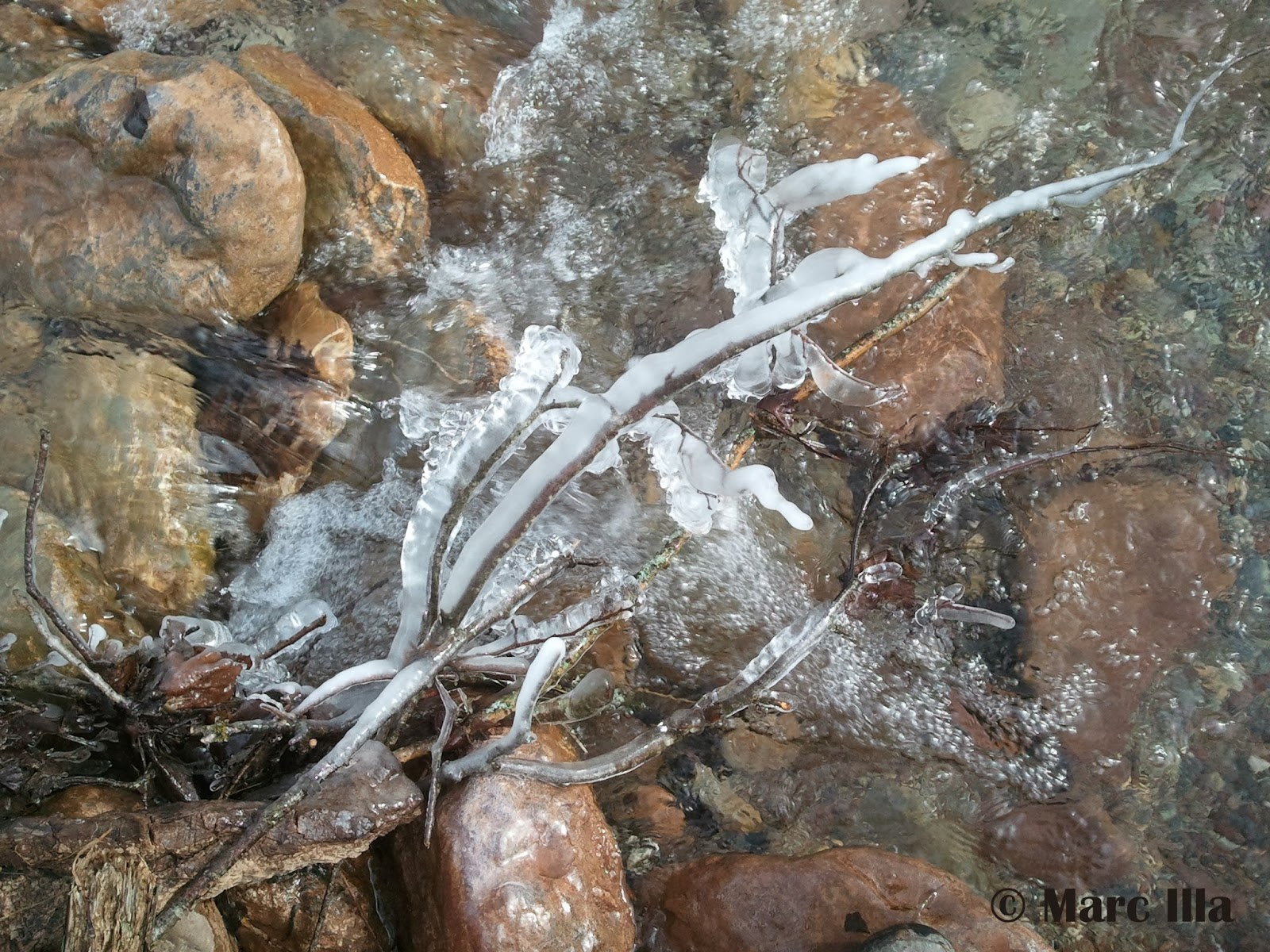 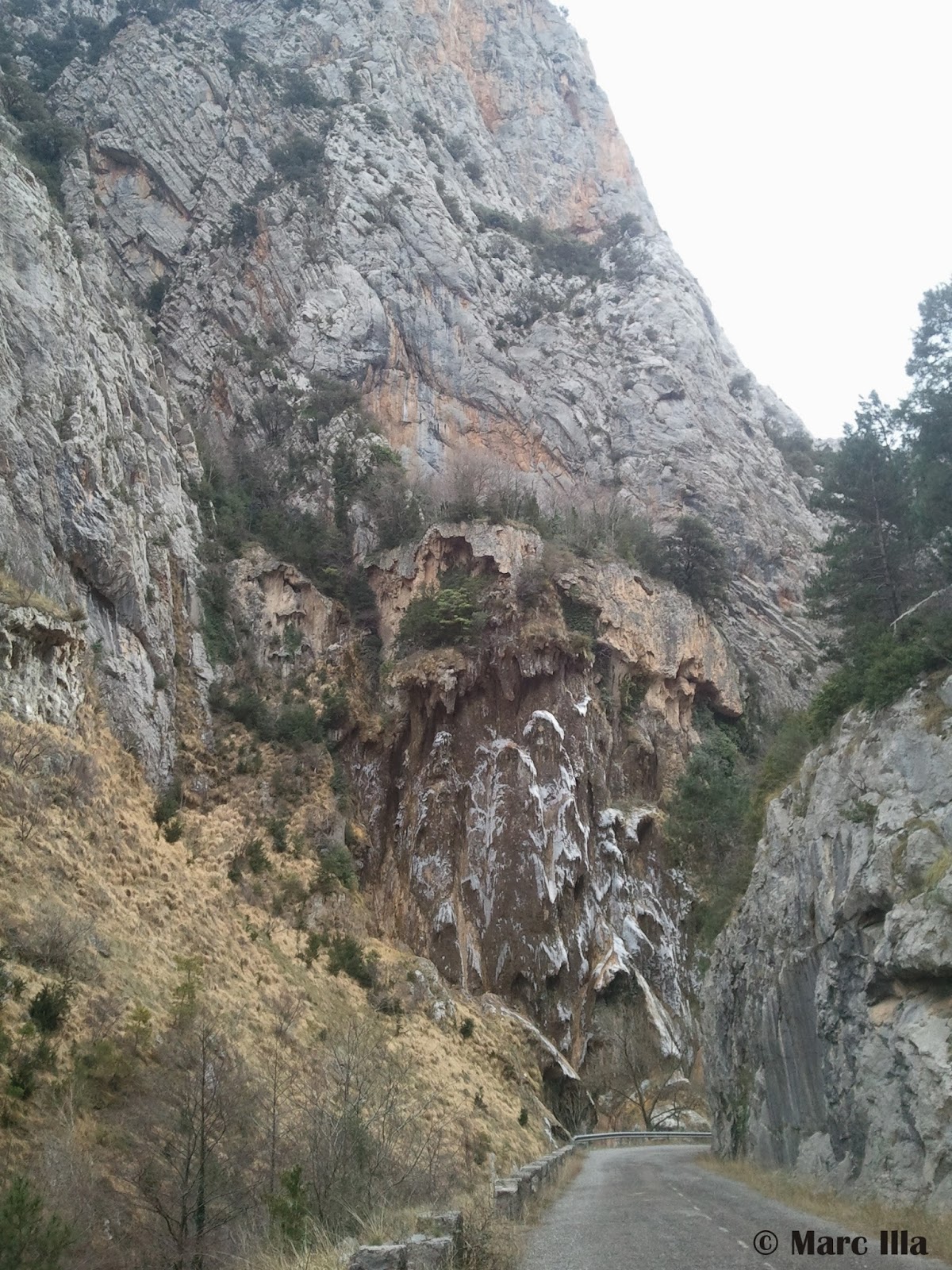 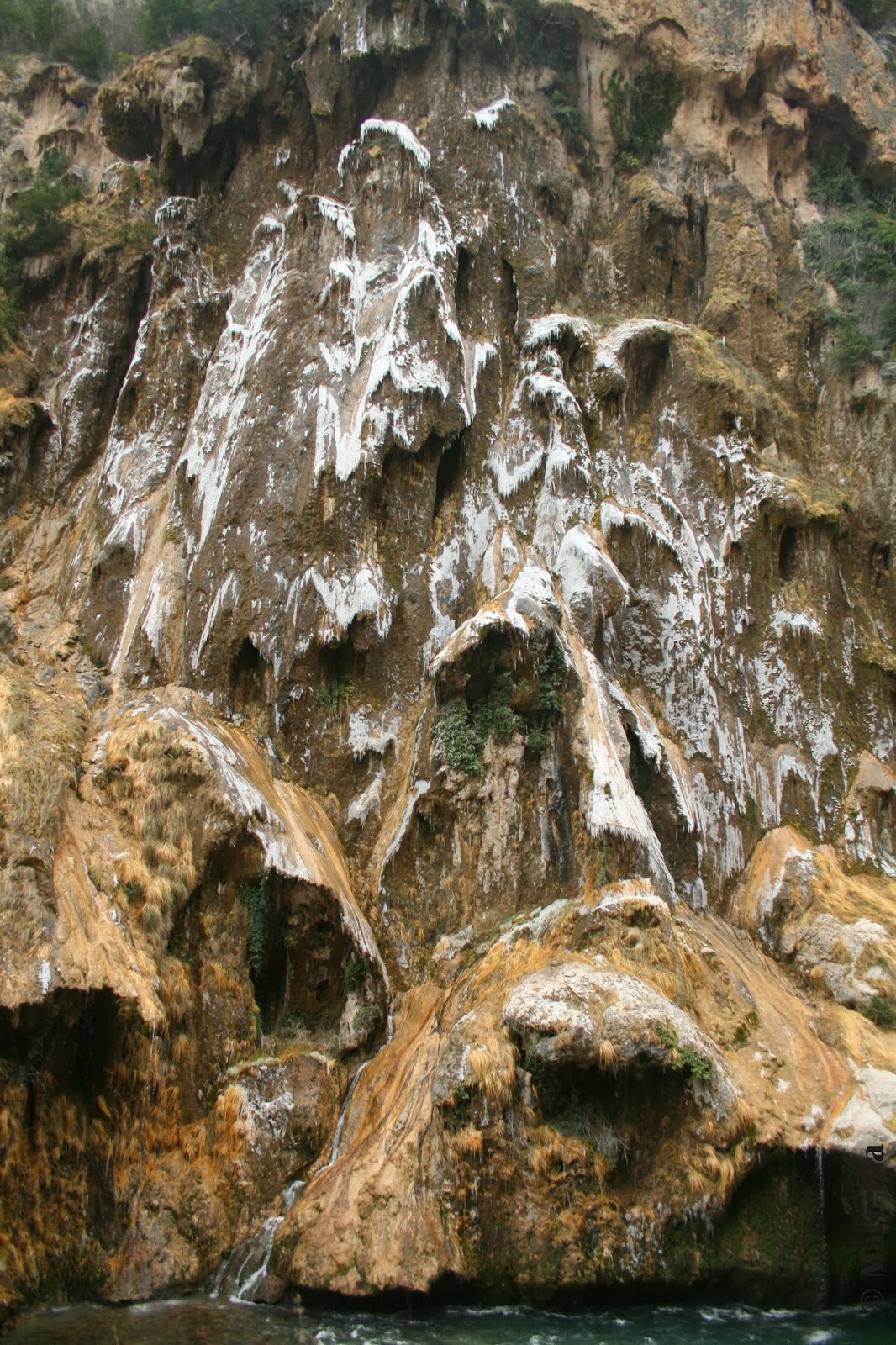 In this place, an old road follows a river through a canyon. It's a typical place for Wallcreeper (Tichodroma muraria), and of course it was there! 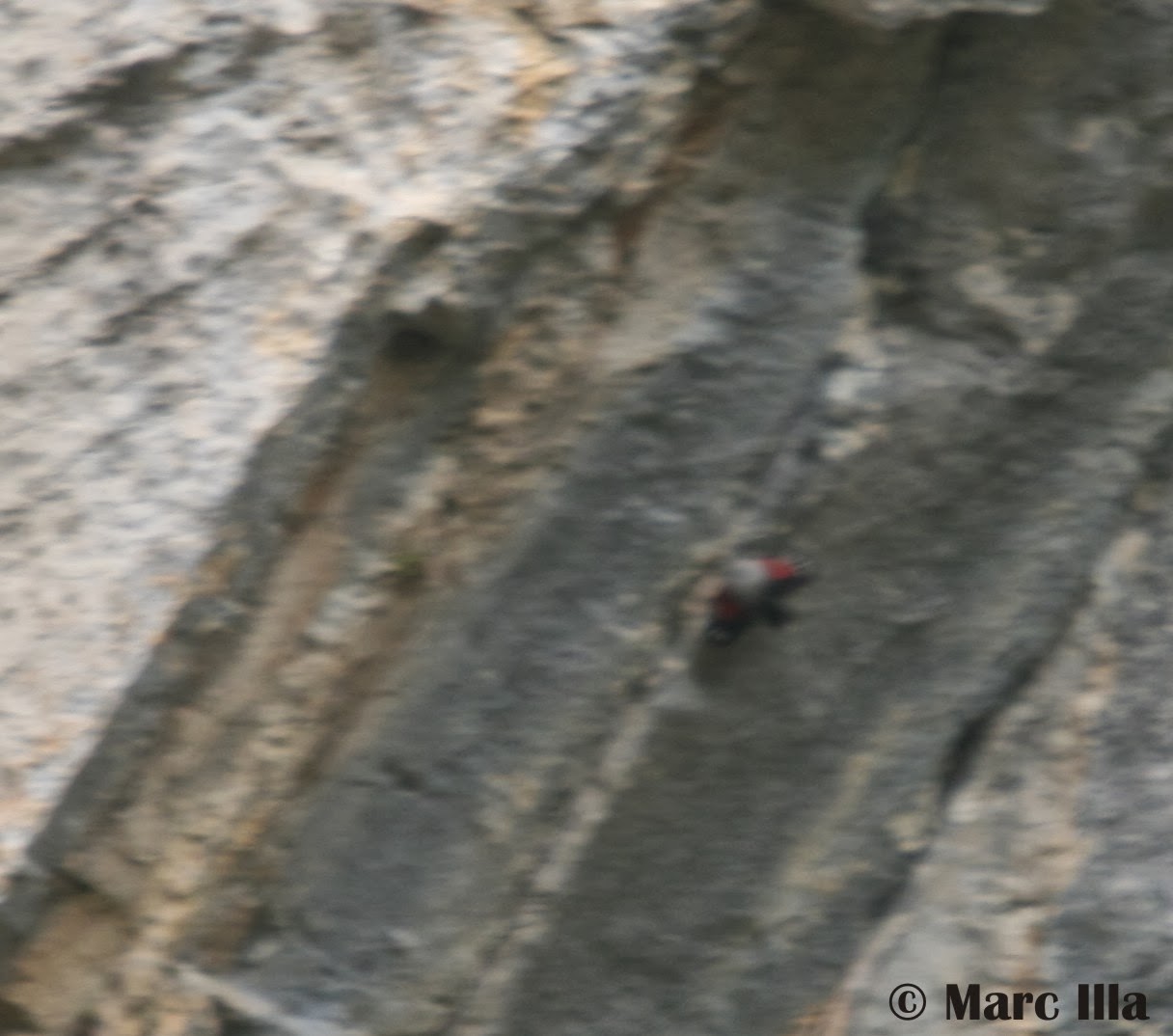 We also saw 2 Lammergeiers (Gypaetus barbatus), and lots of Griffon Vultures (Gyps fulvus).
Days after, happy because of the wallcreeper, I encouraged Joan to join me in a one-day trip to Lleida steppes and drylands.

One of hour first stops was Utxesa lake, where we saw some Bearded Tits (Panurus biarmicus), quite close..! 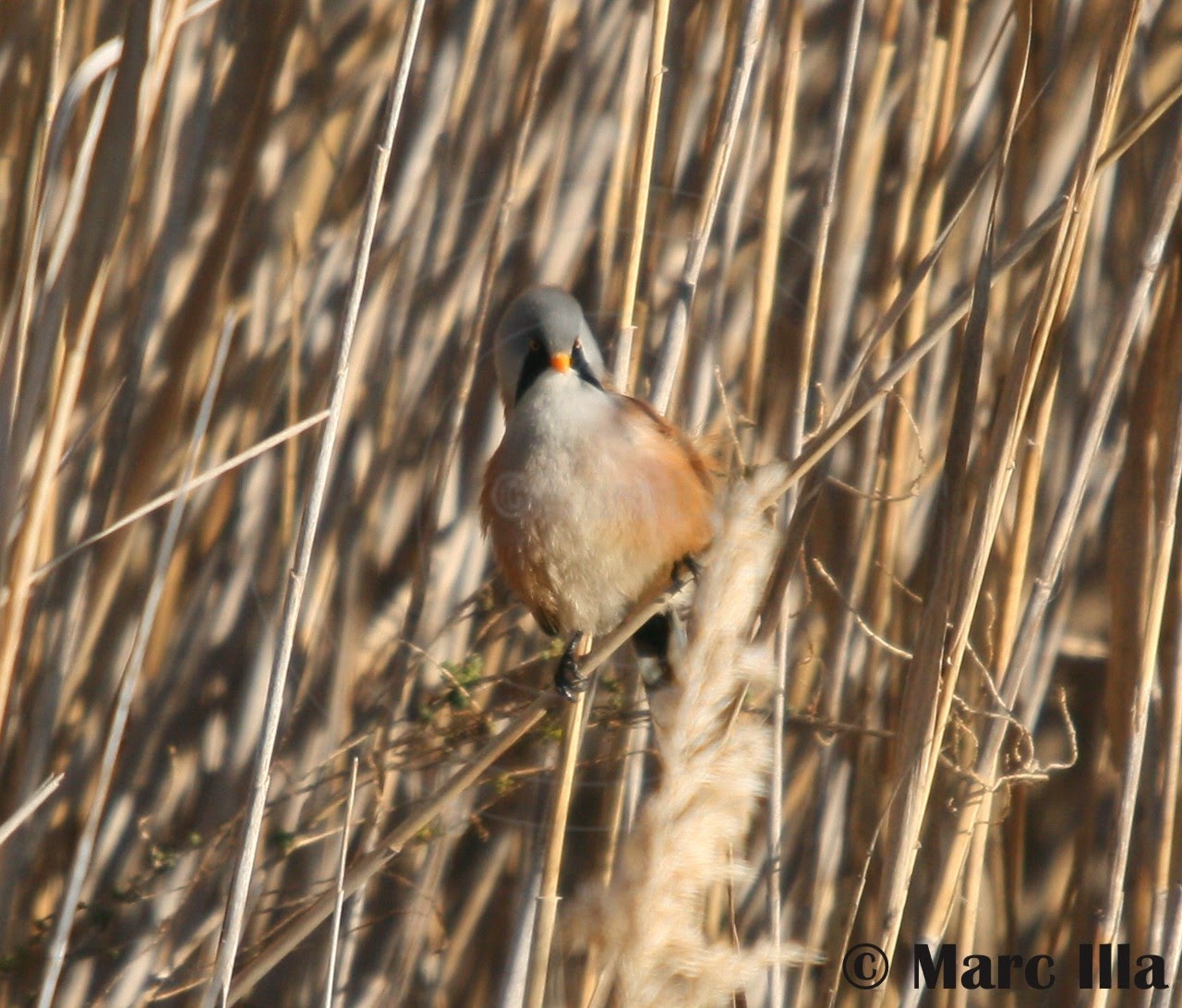 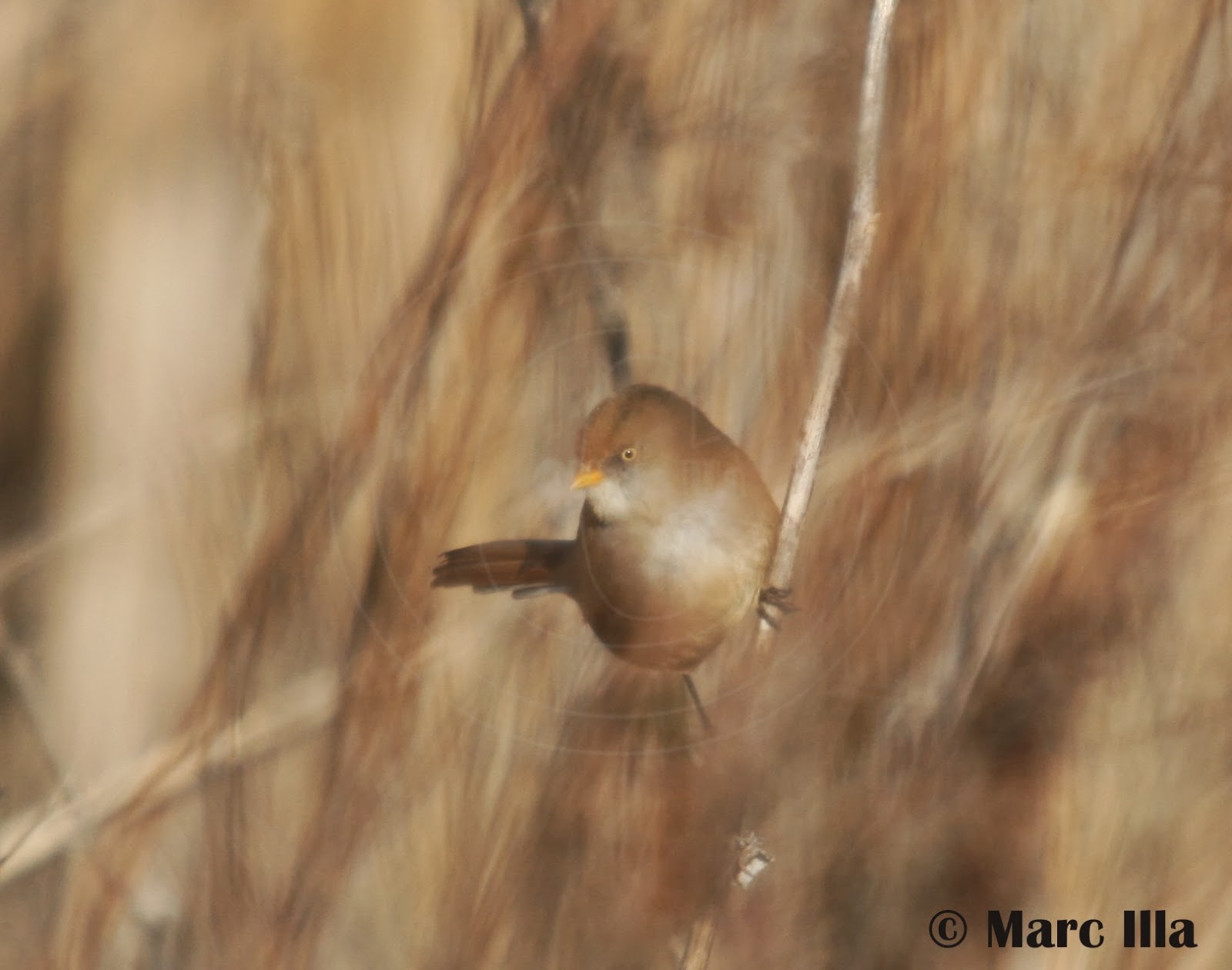 There were 32 Mute Swans (Cygnus olor) too. Those birds come from a public park in Lleida, and are already breeding in this area... 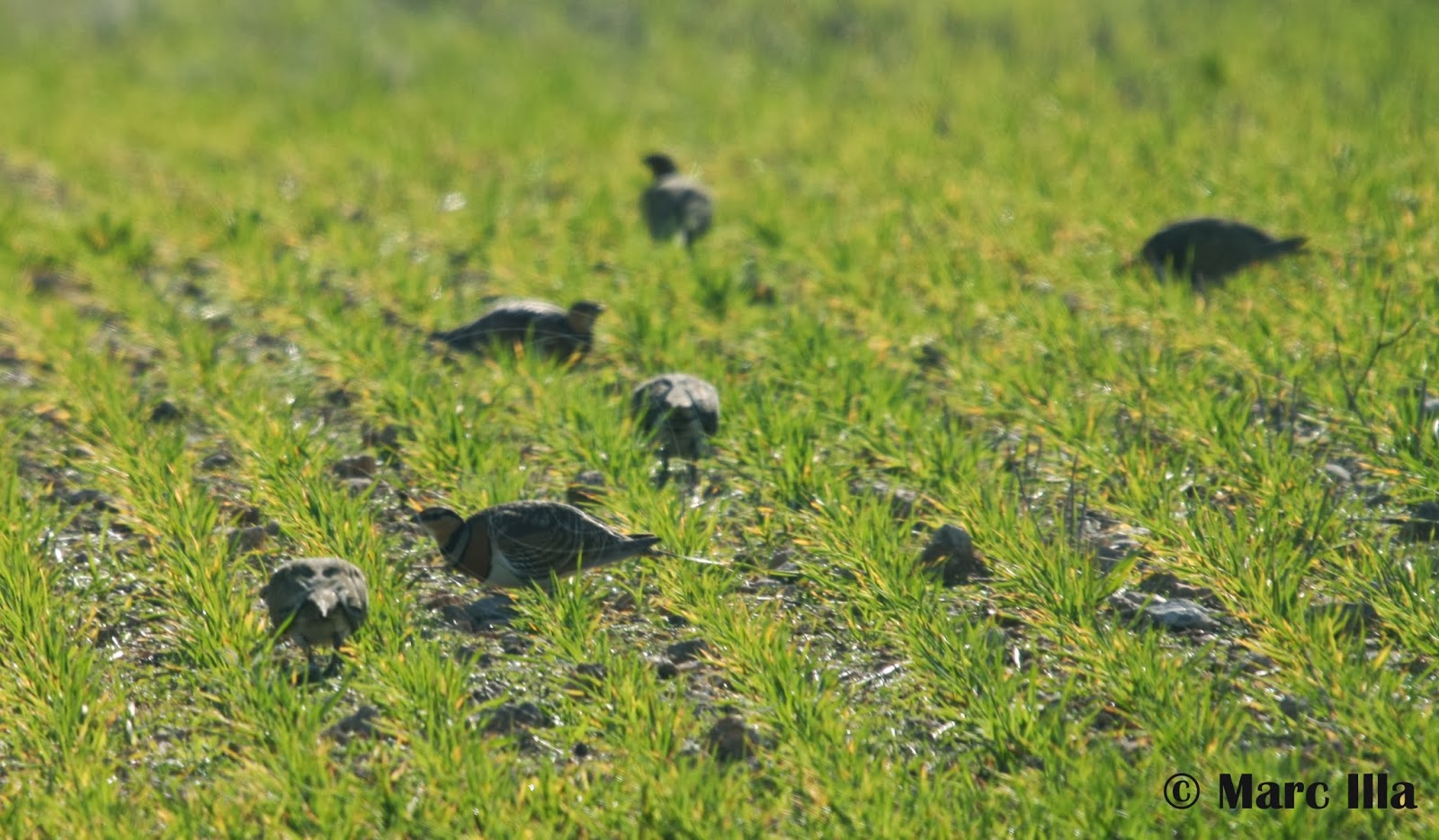 We also did a short visit to Montoliu dump, where I checked some gull's flocks looking for something. This place, during the winter, have hundreds of Black-headed Gulls (Larus ridibundus) and White Storks (Ciconia ciconia), and many central european birds are every year overwintering here. Also, there are always lots of Red Kites (Milvus milvus) and in some winters one or two Black Kites (Milvus migrans). The numbers of Cattle Egretts (Bubulcus ibis) are also impressive, I guess than more than a thousand. 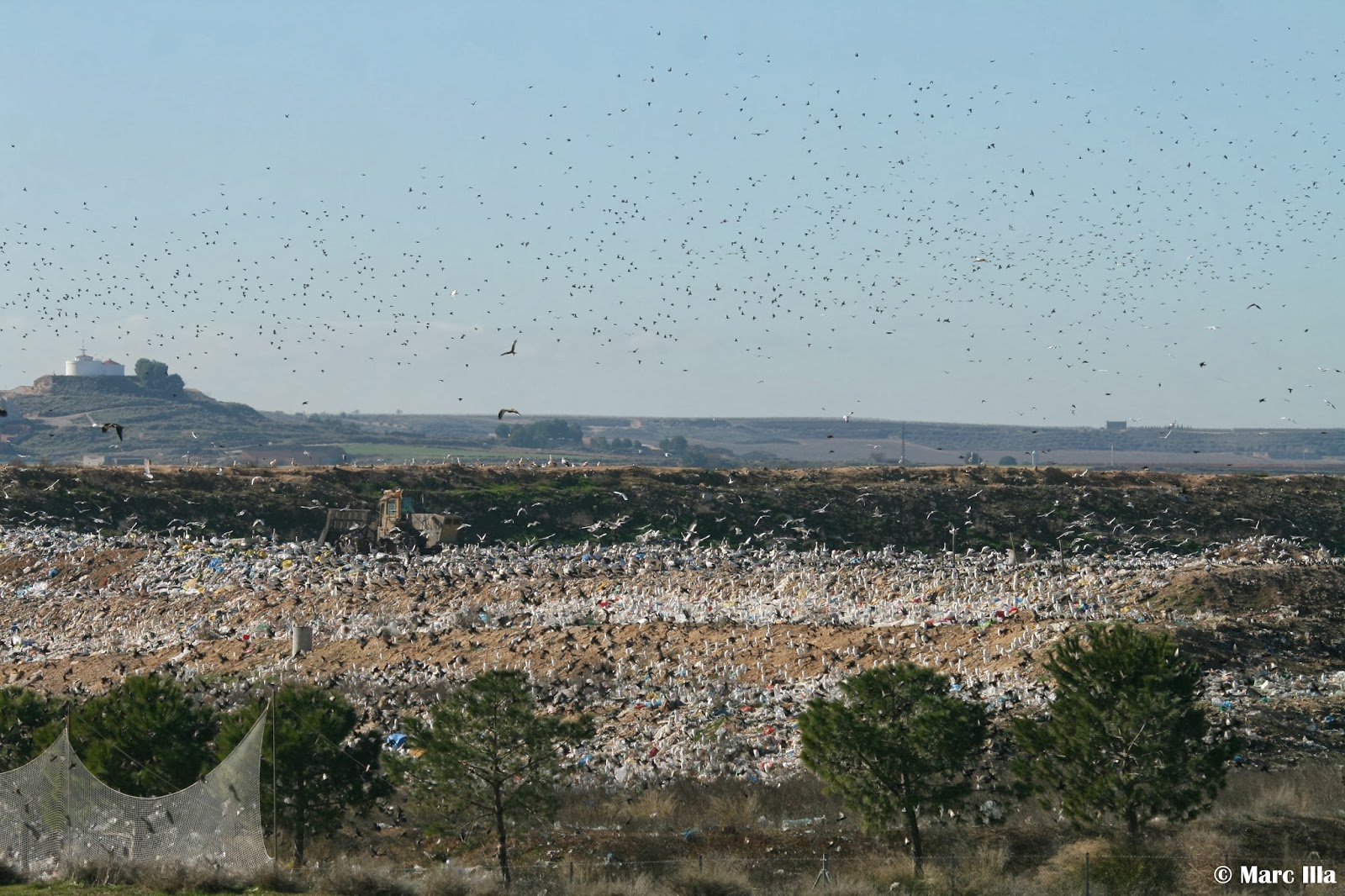 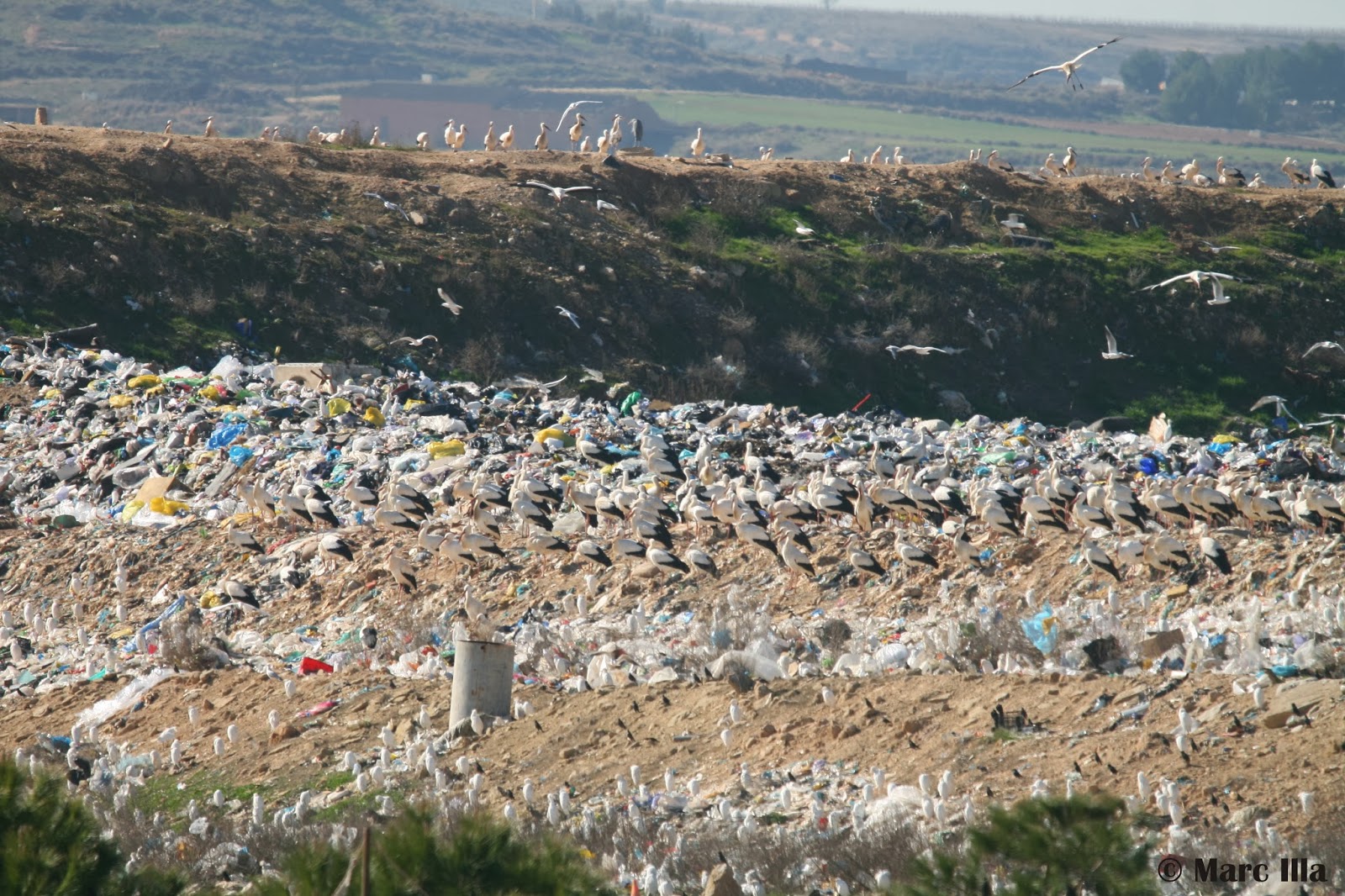 The next stop was between Aspa and Castelldans, a typical place for Black Wheatear (Oenanthe leucura). We saw a couple, a nice lifer for Joan!

We moved to Ivars lake, but it was a bit windy and we didn't see anything special. Well, at least this Carrion Crow (Corvus corone) that I saw on Sunday was something different to finish the vacation. I had seen many photos of corone with some white on the wings, and always wanted so see one! 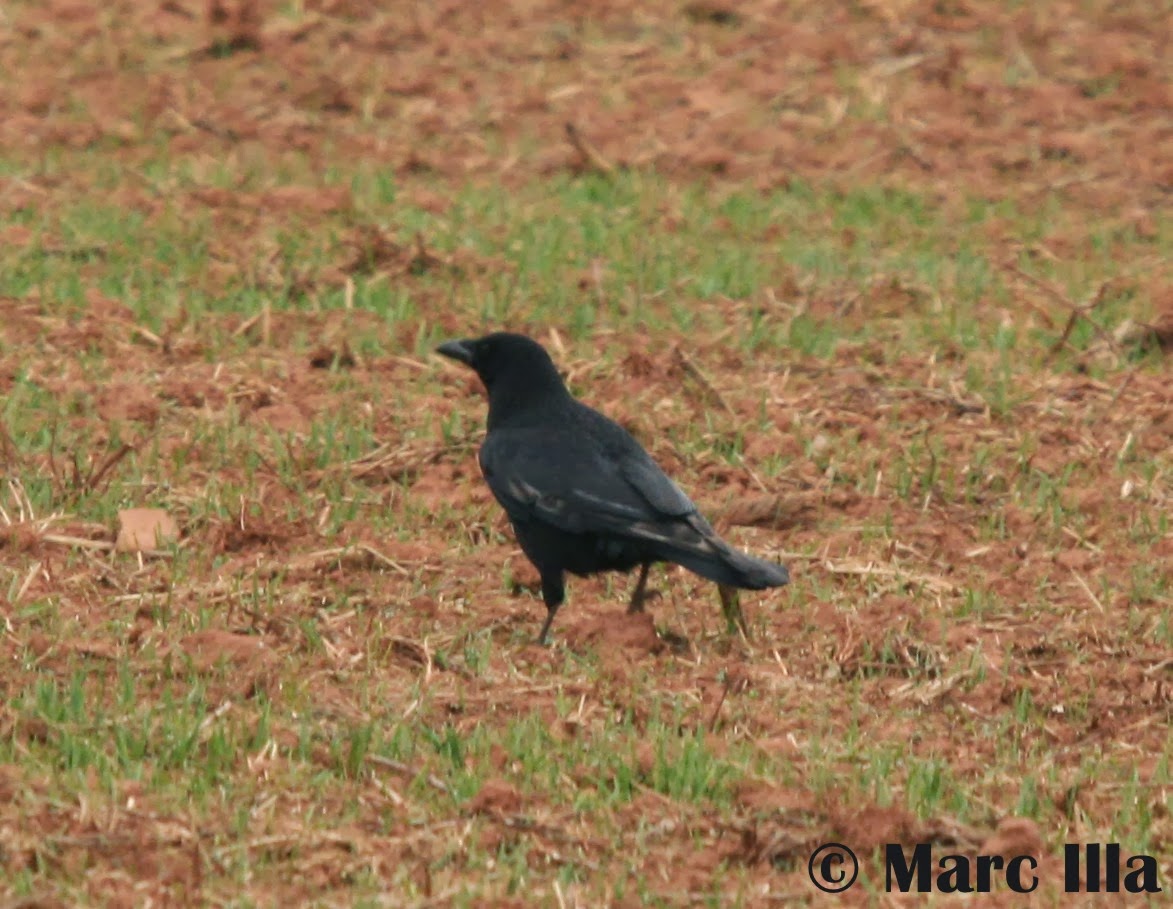 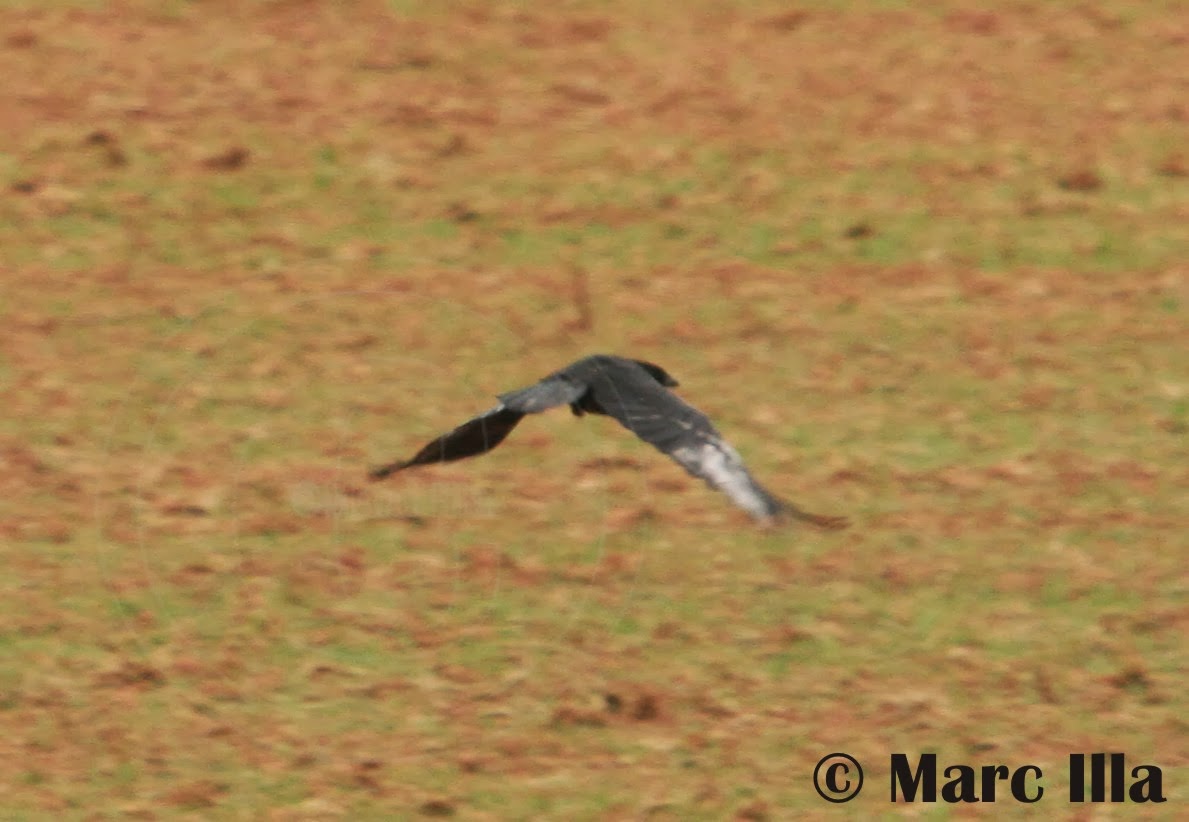 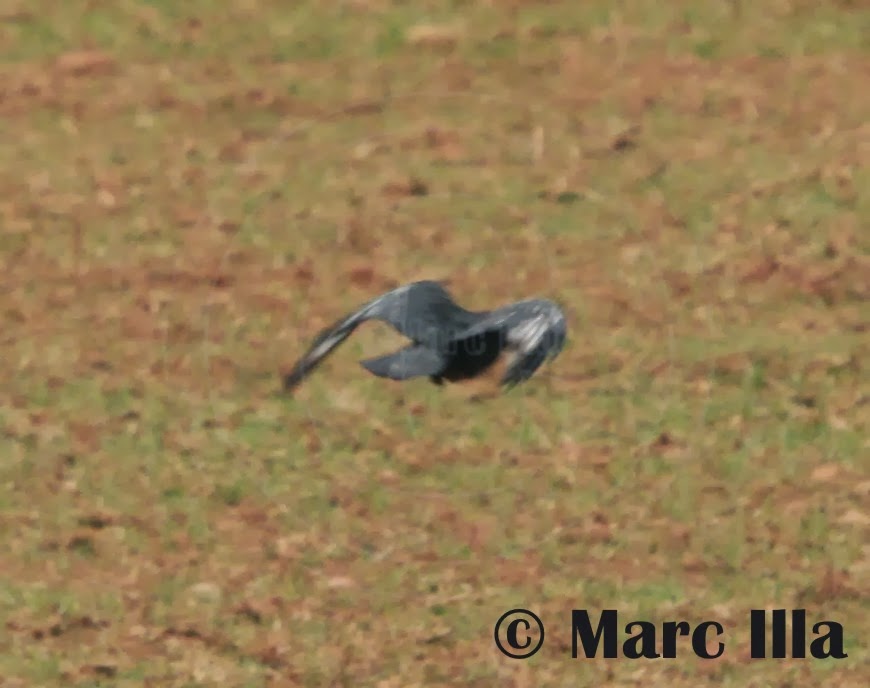 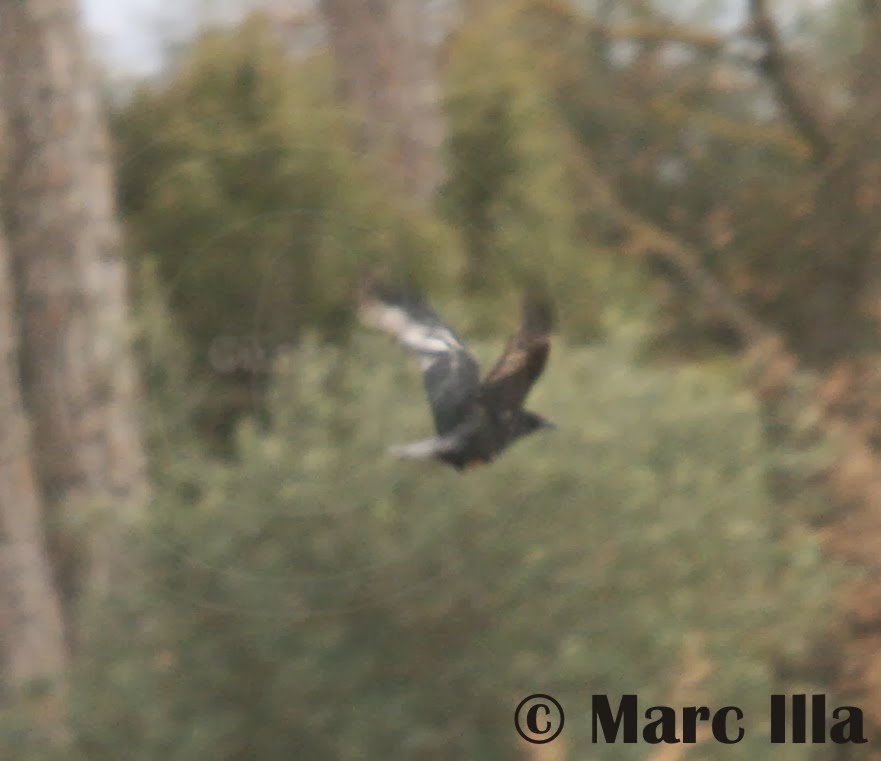