During last month I've been trying to catch Moorhens (Gallinula chloropus) in my usual ringing place, l'Aiguamoll de la Bòbila. I made up a kind of cages and I put some clap traps and I've been feeding this places. Moorhens found the food soon, and I decided to open the cages and try to catch them.

During the first morning I trapped a Coot (!), but no Moorhens around.
Two weeks later, moorhens managed every day to eat all bait and scape. In one of the cages was almost impossible to get in and then go out, but I don't know how the hell they managed to do it daily. The other trap have a platform and when a bird touches it, the door falls and the bird is trapped inside. Well, not Moorhens because they ate all the bait and scaped without activate nothing. Mission impossible.

I was very surprised, and I wanted to be sure that Moorhens were going inside the cages, and not mice or other things. I prepared an automatic camera... and the first bird I photographed was this Grey Heron (Ardea cinerea). 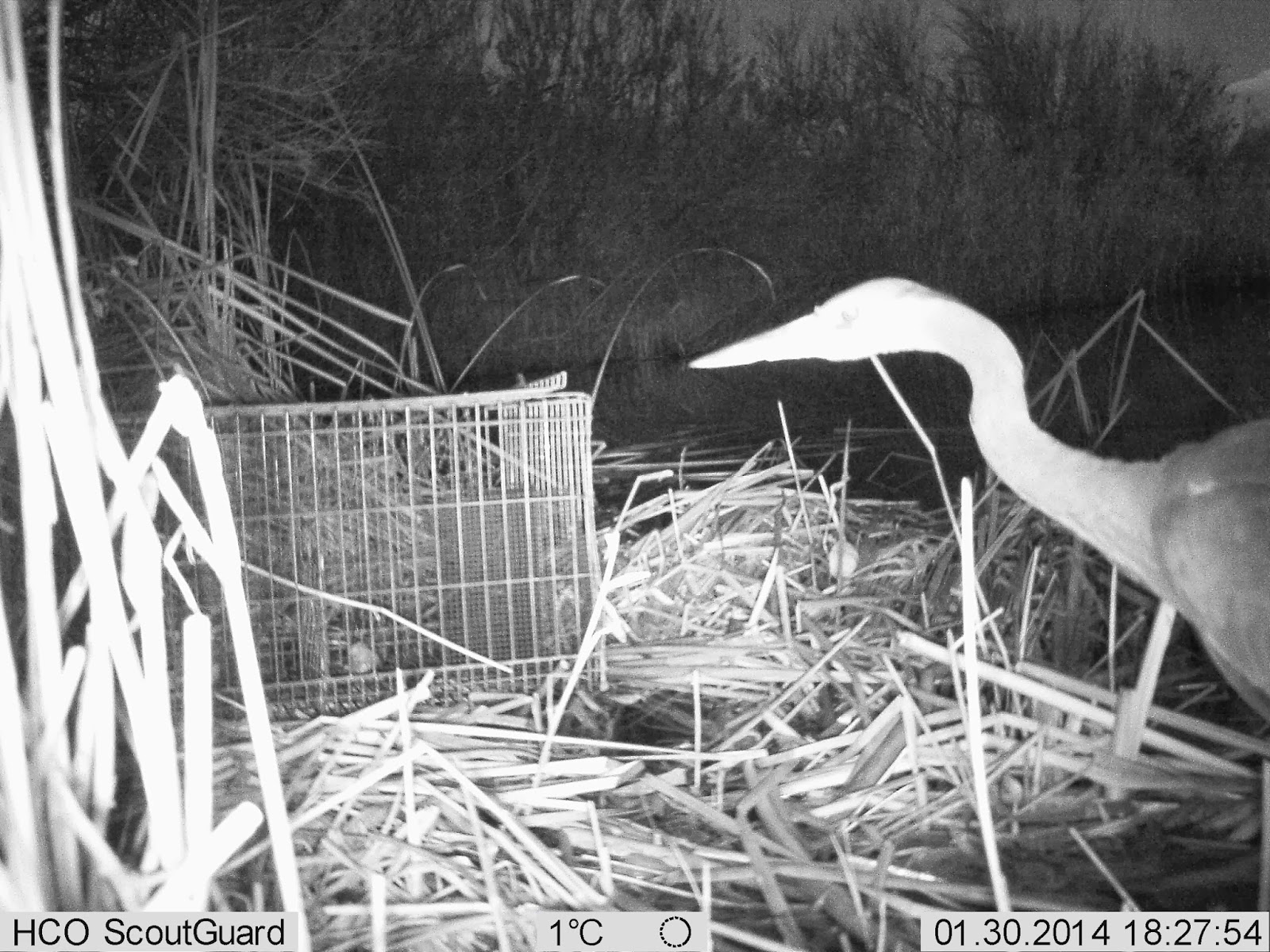 The next morning I got want I wanted. But... in the first photo there's only the cage, and in the following one, some bread has dissapeared and the Moorhen is outside the trap!! In addition of being quite clever, they are fast... Or maybe they are ghosts, or maybe ninjas. 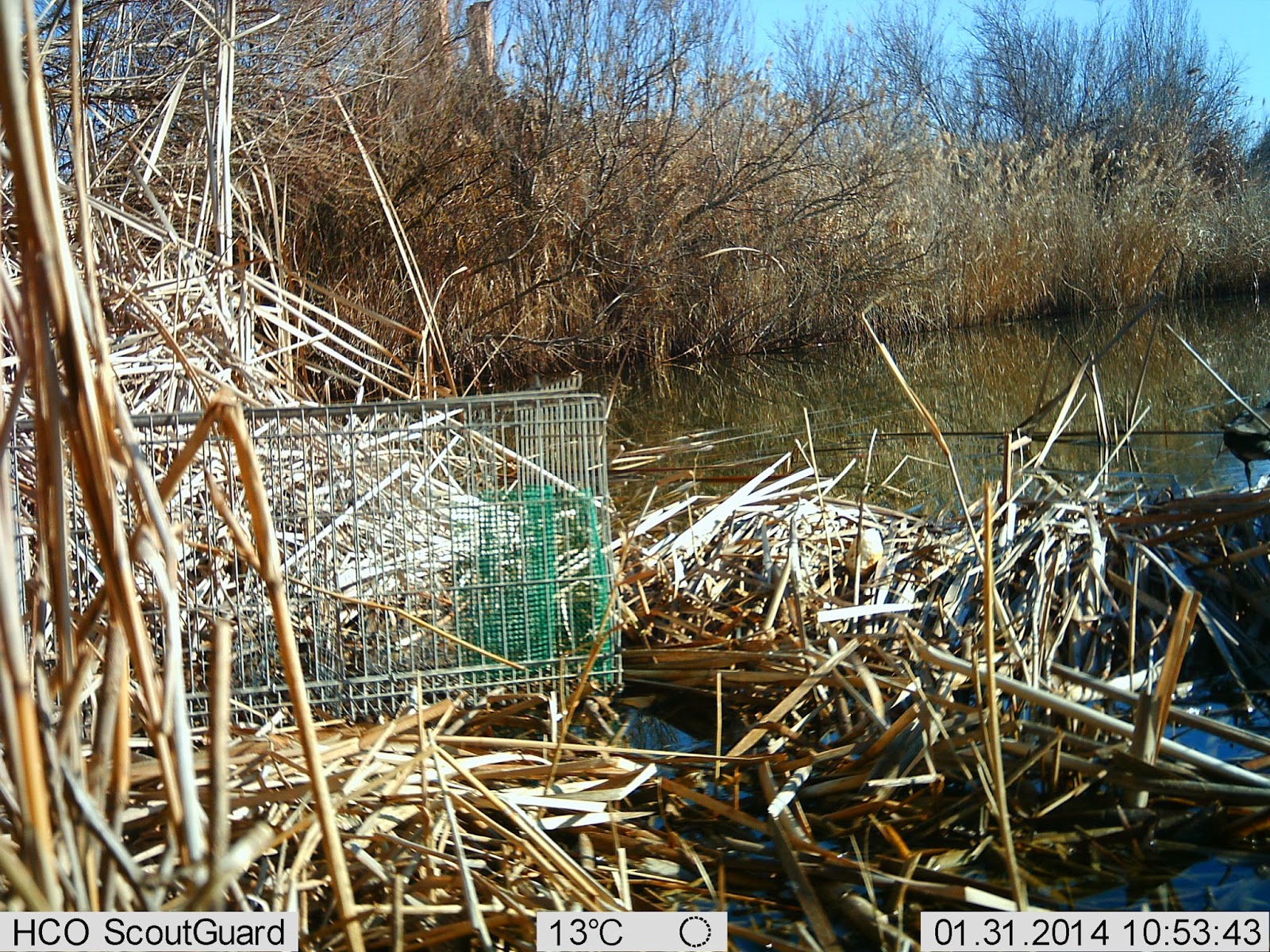 21 days (!) after daily deceptions, but also improvings... I trapped one!! 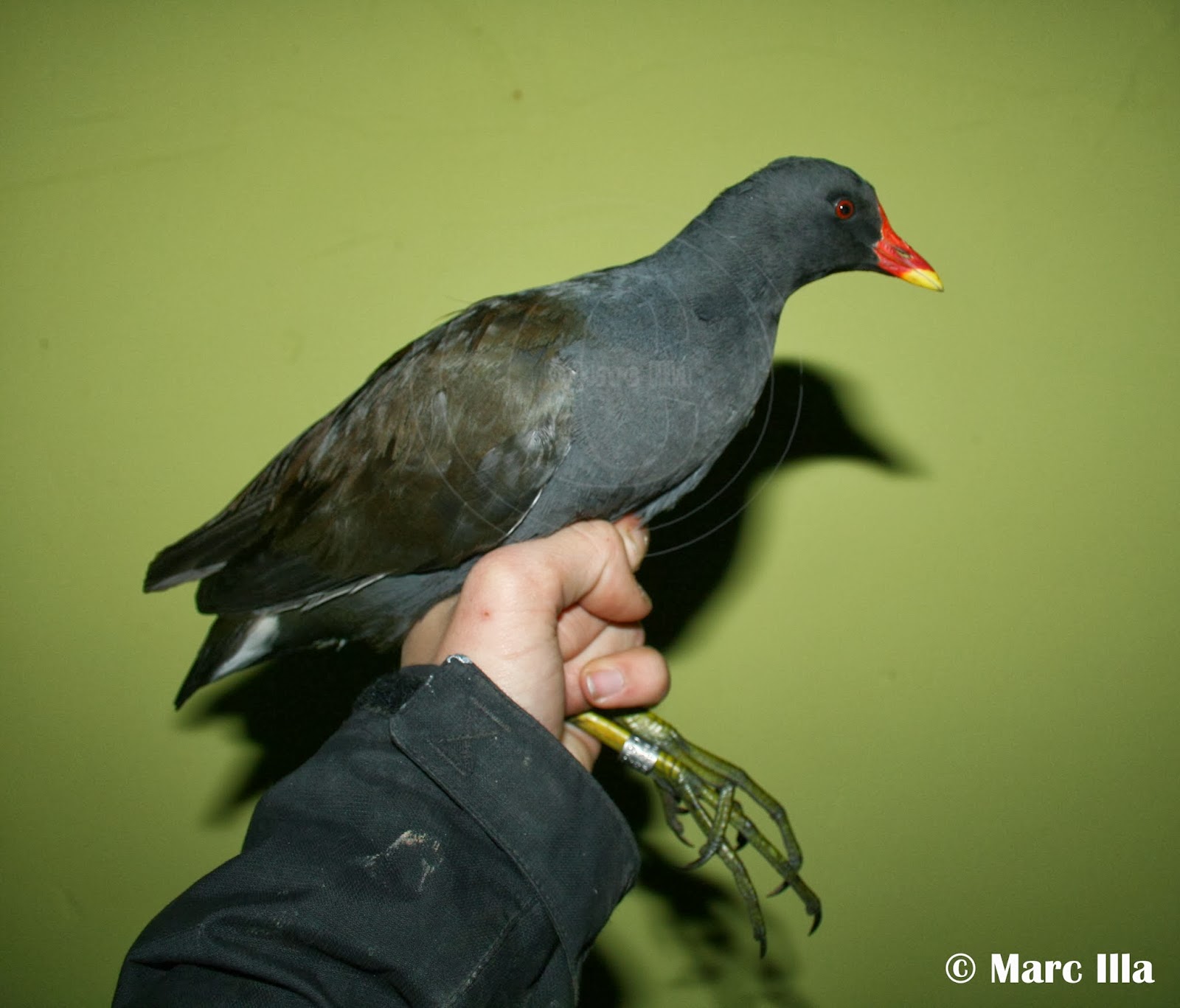 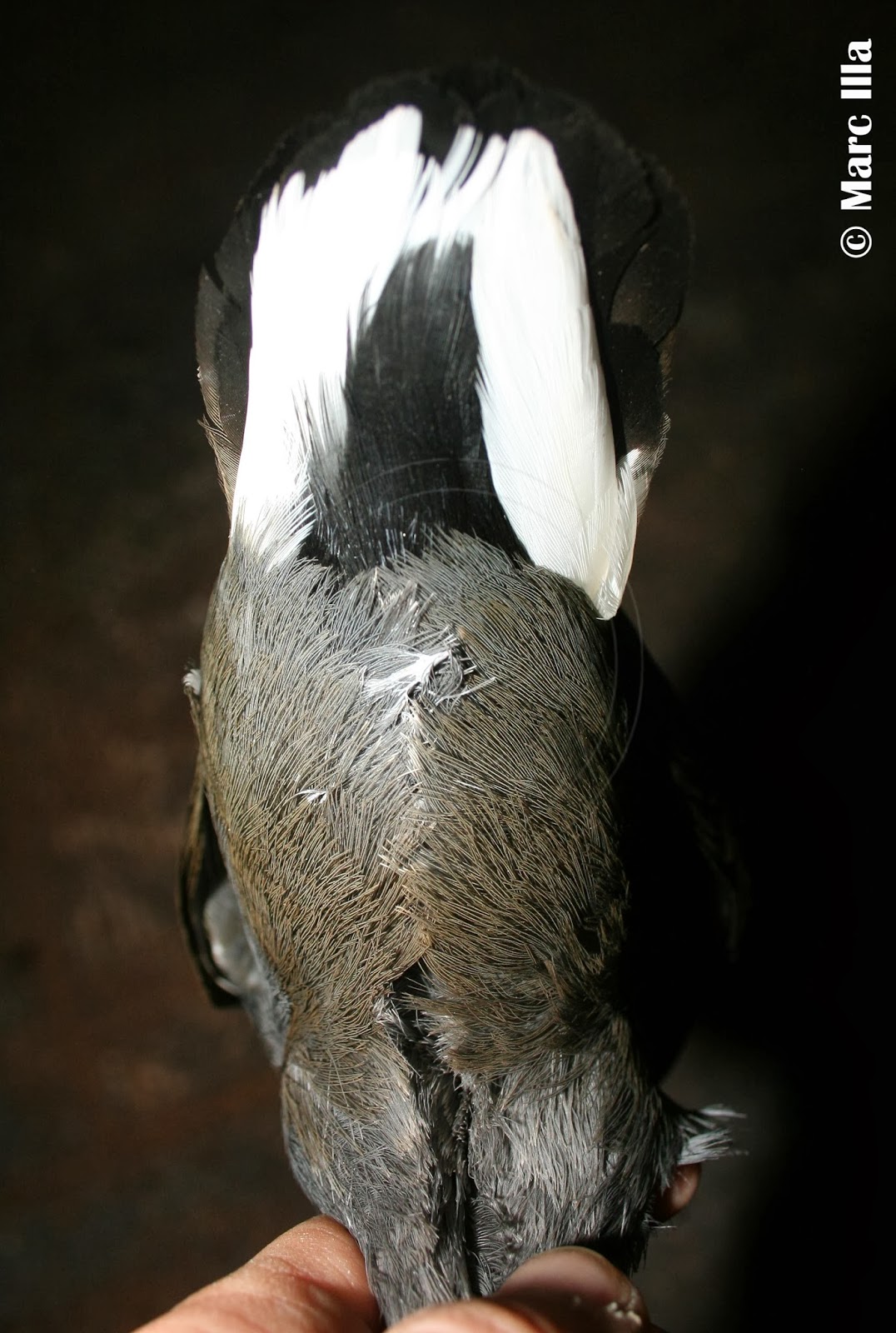 The bird should be an adult (EURING 6), probably a female. 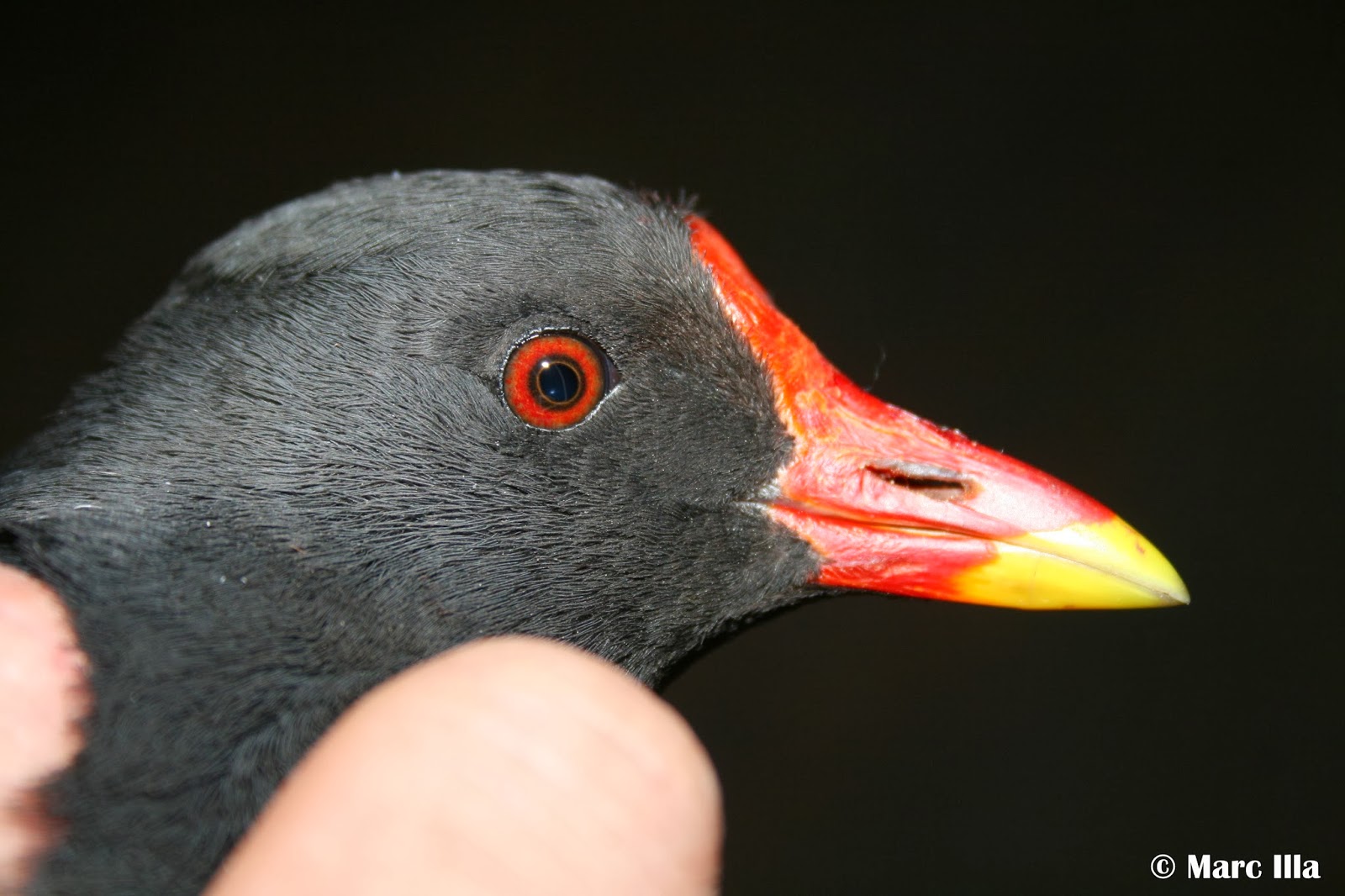 As other Rallidae species, adults undergo a complete postbreeding moult, and juveniles a partial postjuvenile moult. Also, both age classes have a partial prenuptial moult, usually quite restricted. I found Javier Blasco's notes quite interesting, take a look here (I've only found the Spanish version online). 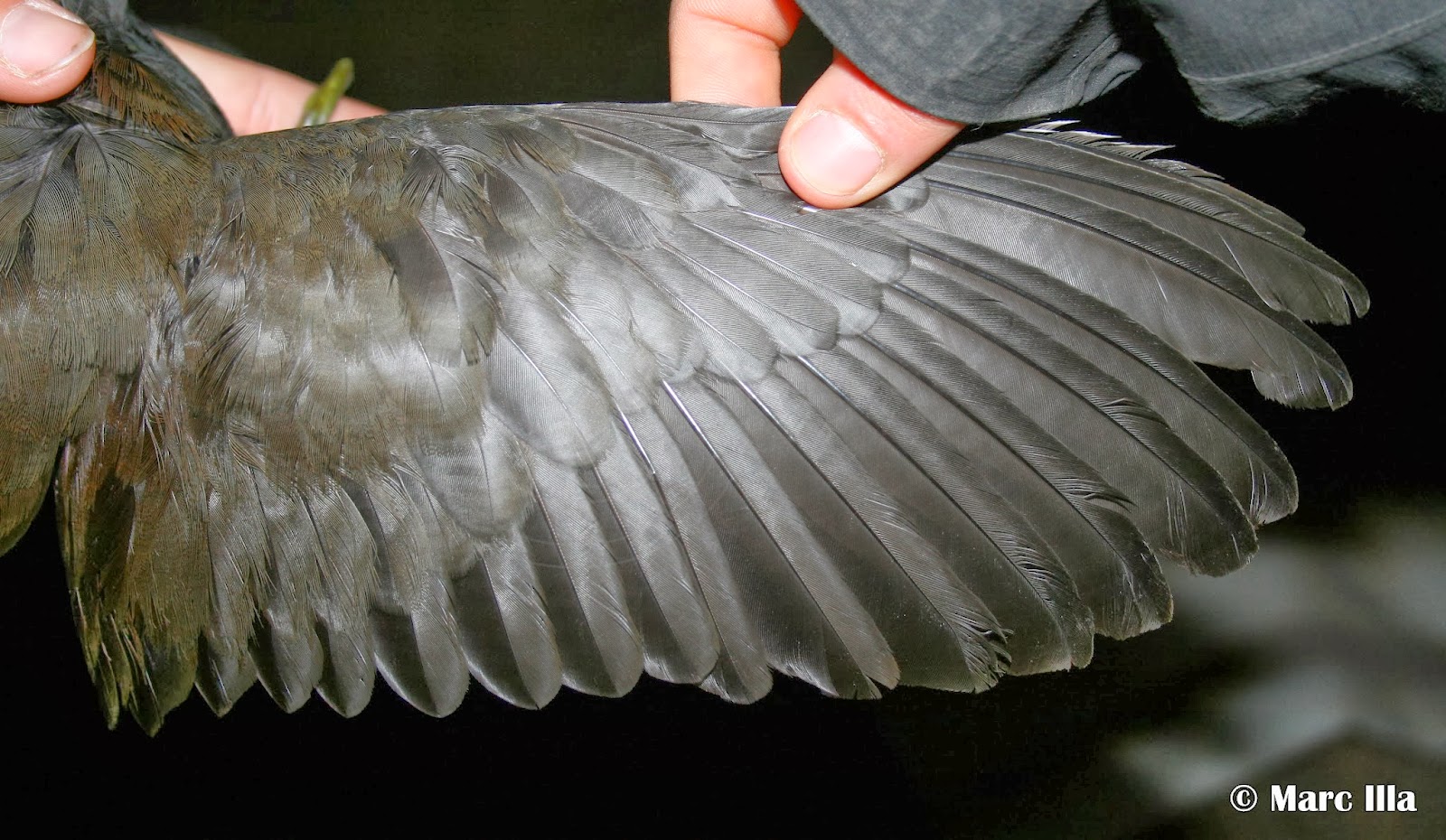 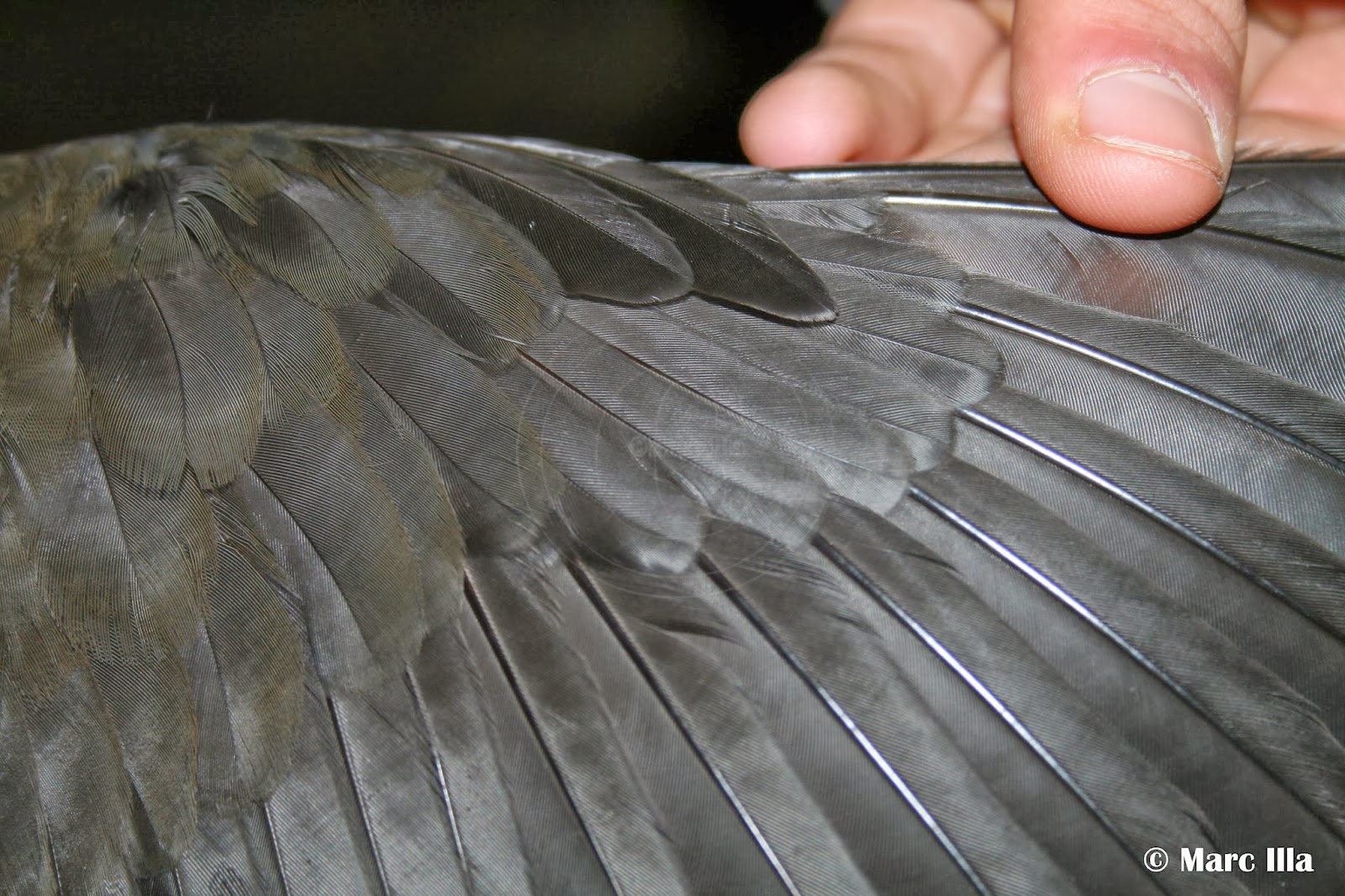 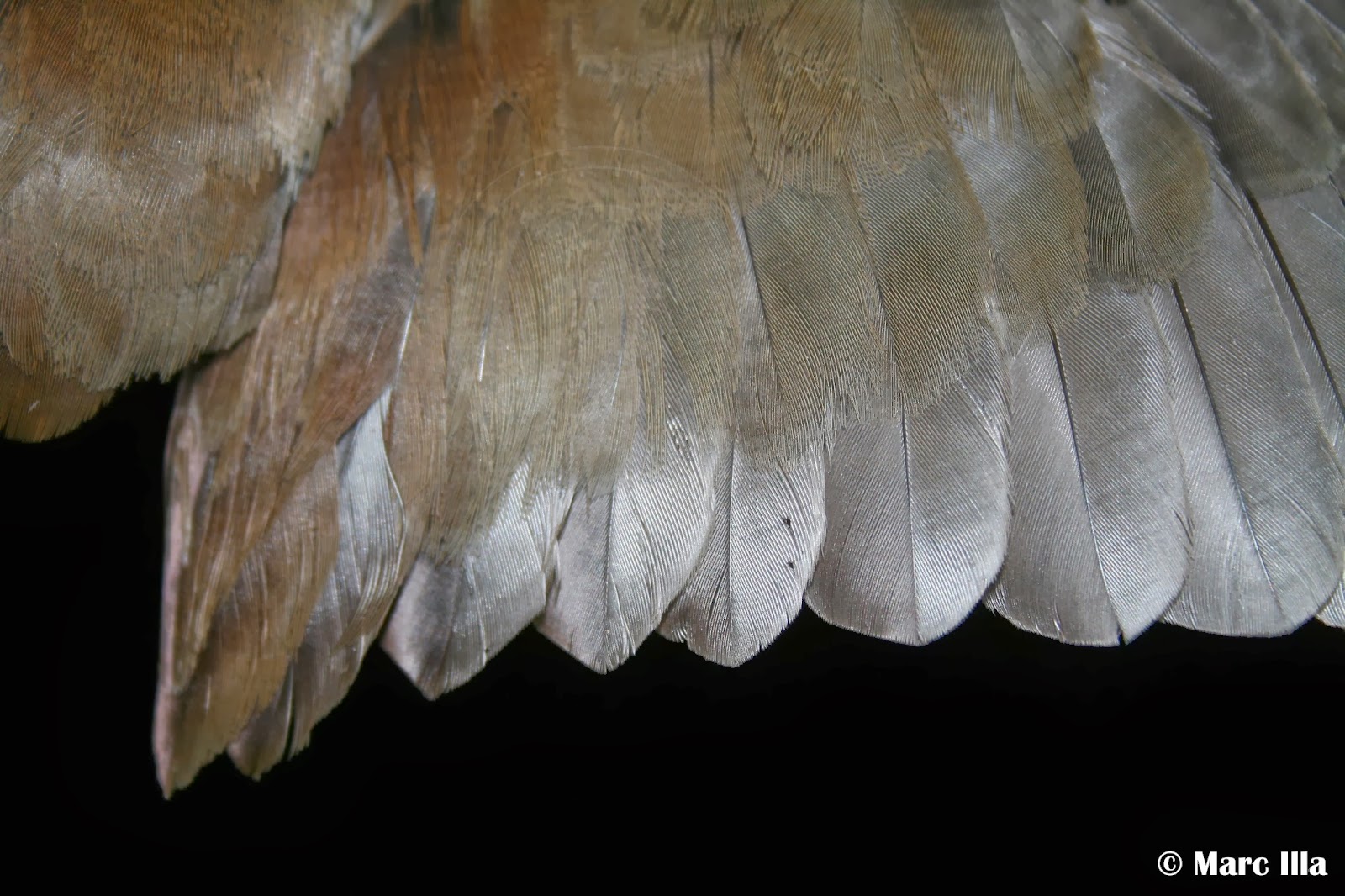 Following Cramp et.al. (1979) this bird may be a female by measurements. Also the shield was quite small and rounded. More 'significant' measurements are Bill lenght (to feathering on lores), tarsus lenght, middle toe lenght and wing lenght. Females are generally smaller than males.
Posted by Marc Illa at 12:24 PM