Last year, with some of my closest friends, we started a tradition: climb a mountain in one day before the usual holiday farewell.

This has been the second year, and because of all of us are really busy, just Joan and me have climbed high up. We were a bit excited preparing the route, so we decided to push the boundaries: 'we'll climb 7 peaks', all of them between 2700 and 2800 metres.

The place chosen is on the Eastern Catalan Pyrenees, close to Setcases, a small and bucolic mountain village. We parked the car around 9 o'clock in the morning, were we saw the first flock of Citril Finches (Carduelis citrinella). The first part of the journey was a really hard ascent. Some singing Water Pipits (Anthus spinoletta) and familiar Northern Wheatear (Oenanthe oenanthe) groups made the incline easier... Nonetheless, all the area was really crowded... probably because it was Sunday, many people on holiday, and the place is fantastic to go by car until 2000 metres.
With less than one hour we reached the first peak, one that I don't know the precise name. I'll ever call it: "The Ptarmigan peak", because we found many fresh excrements and some feathers. There're lots of ''''alpinists'''' around, so the chances to see one were really low. We tried, looking in some hidden places between rocks, but we didn't had success. Still, the views were fantastic. 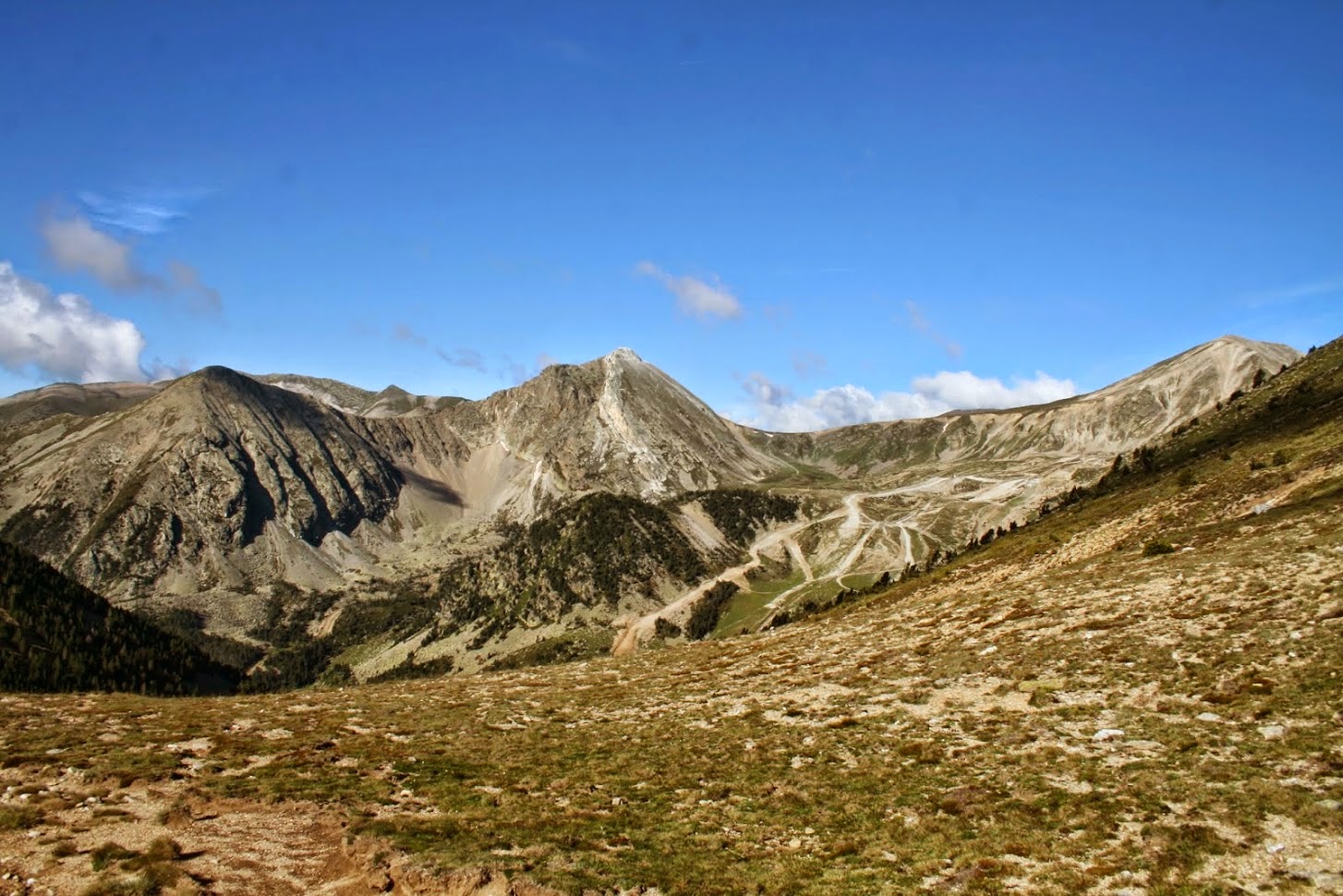 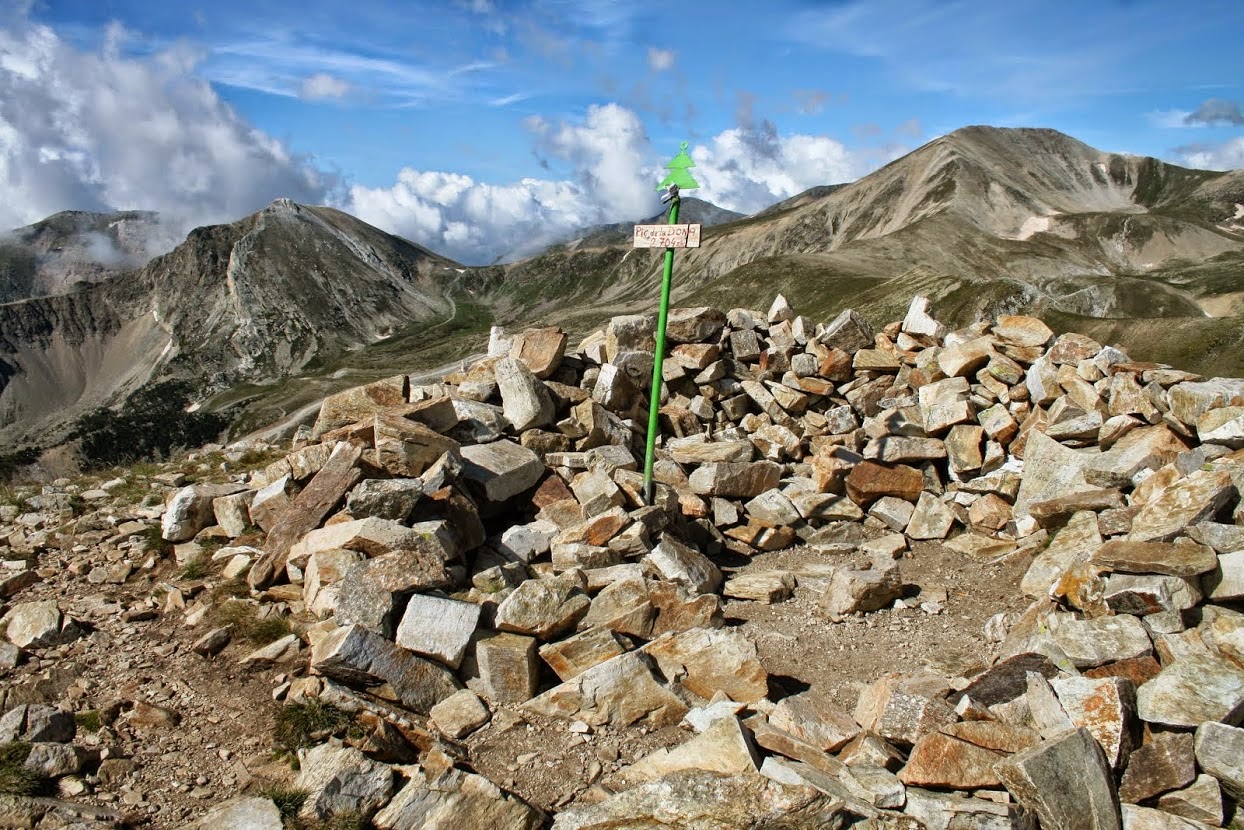 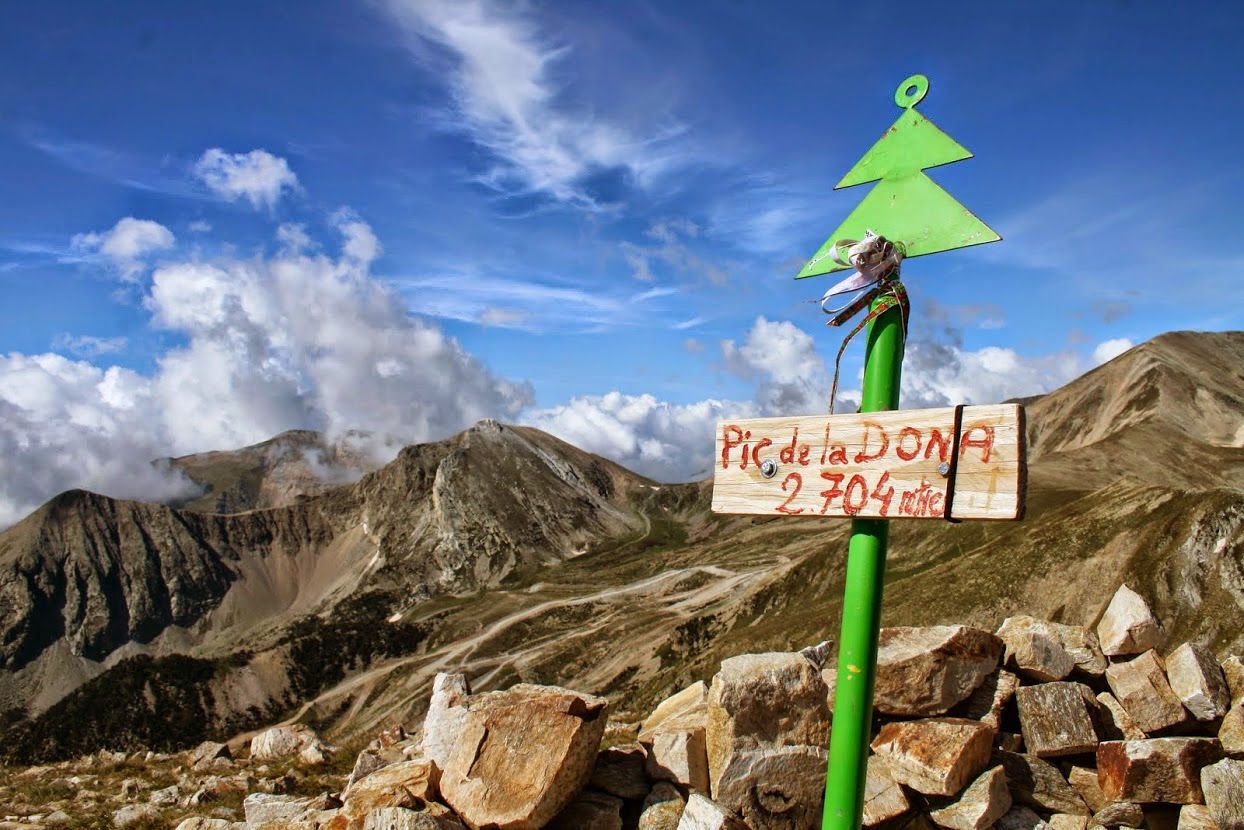 Then, we continued walking to the next mountain peak: Puig d'Ombriaga [2639m]. 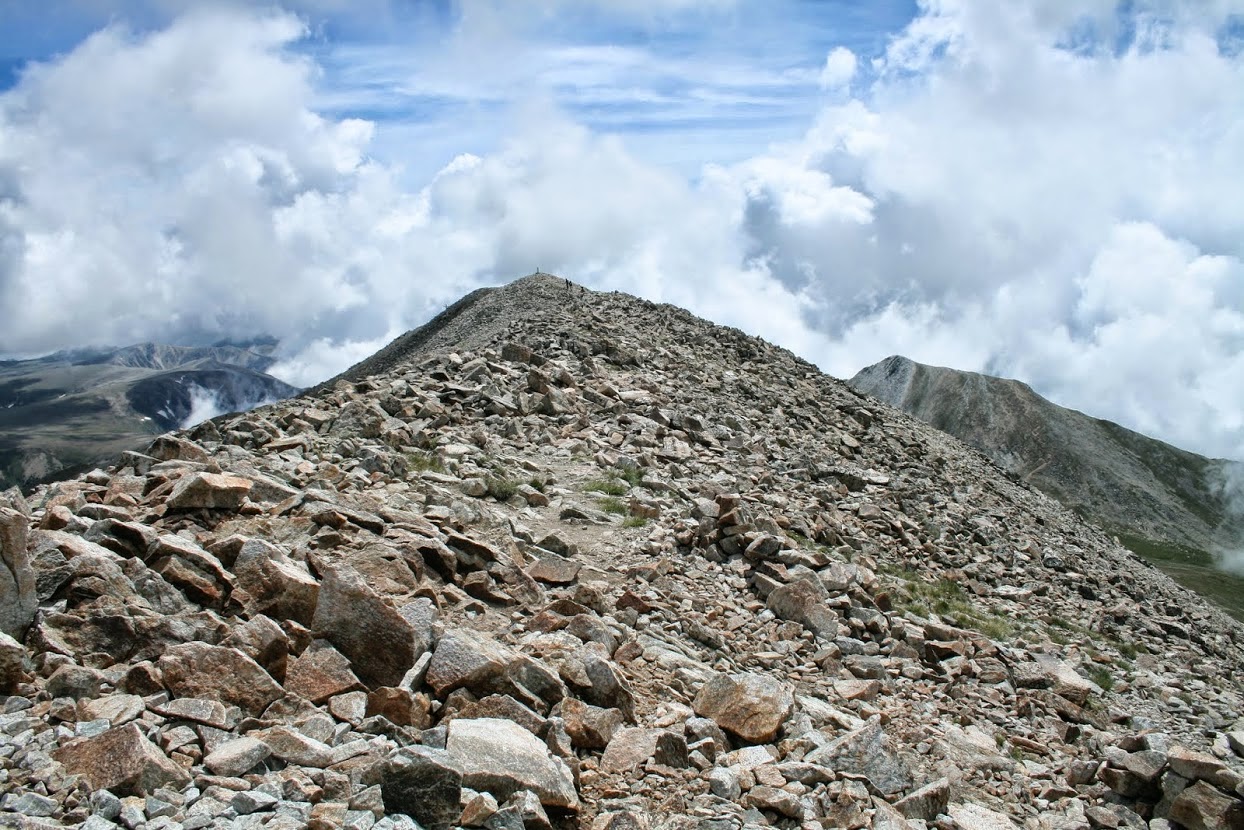 Bastiments [2881m] was the fourth and the highest peak to climb. The mountain in completely surrounded by amounts of rocks, a presumably good place for Ptarmigans. But there was still too many people to expect anything. At least, an Alpine Accentor (Prunella collaris) flew besides us, and some already migrating Common Swifts (Apus apus) were flying by. 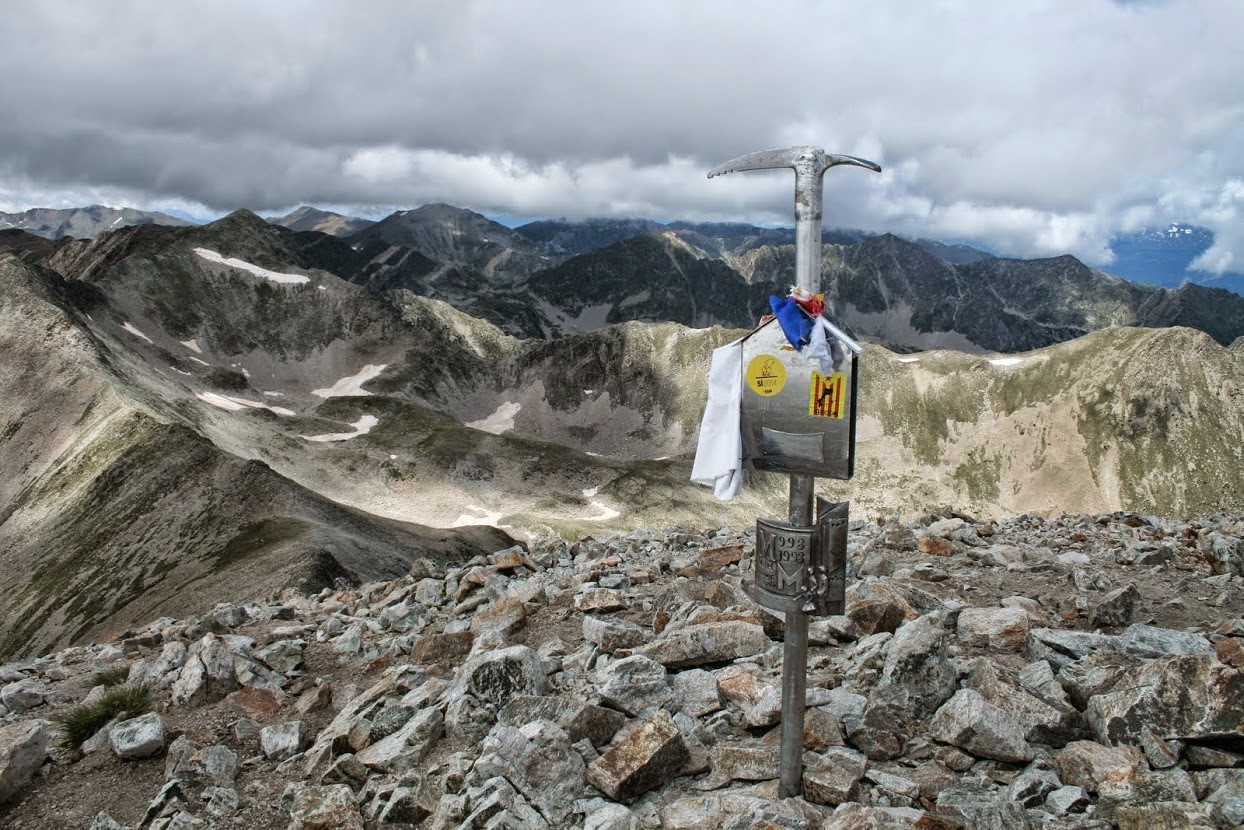 Our way between the mountains was following the border with France. We have had a really sunny and nice day, but suddenly many clouds and fog appreared in the Catalan side. 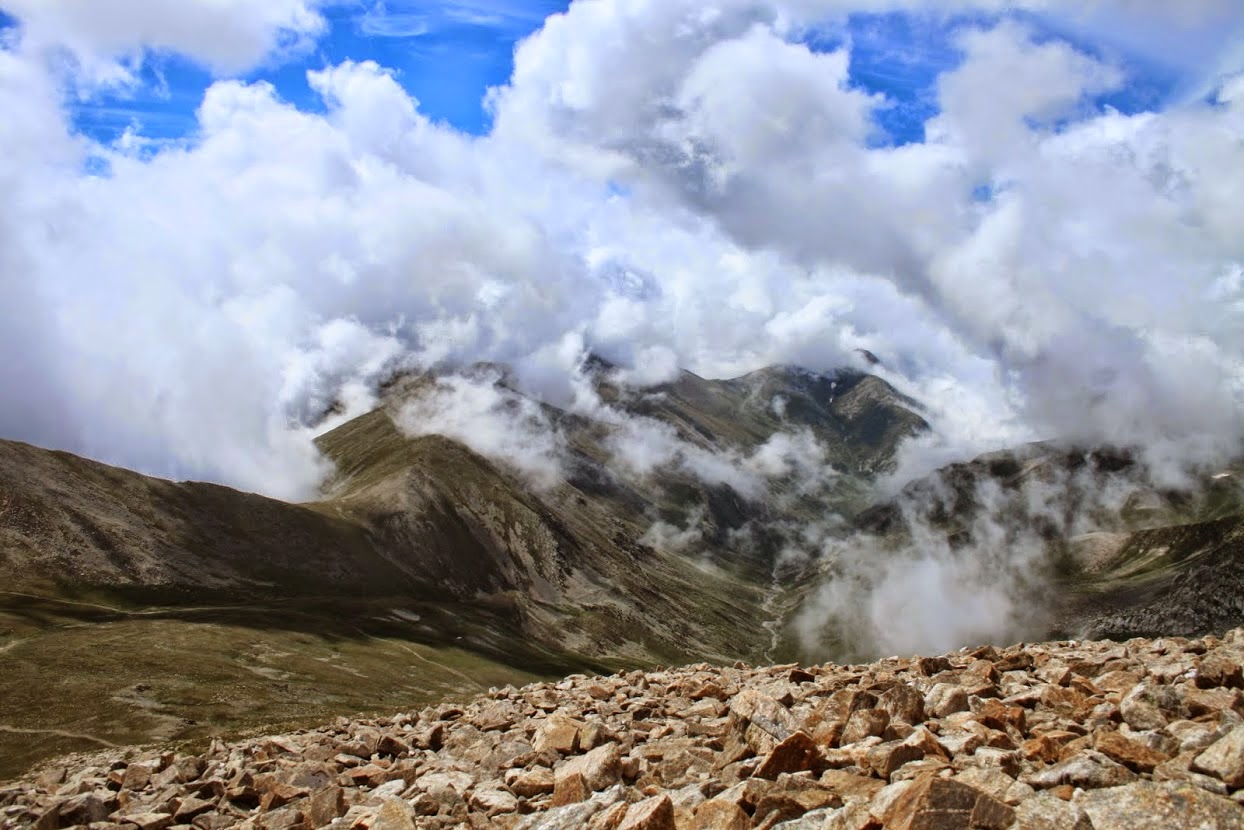 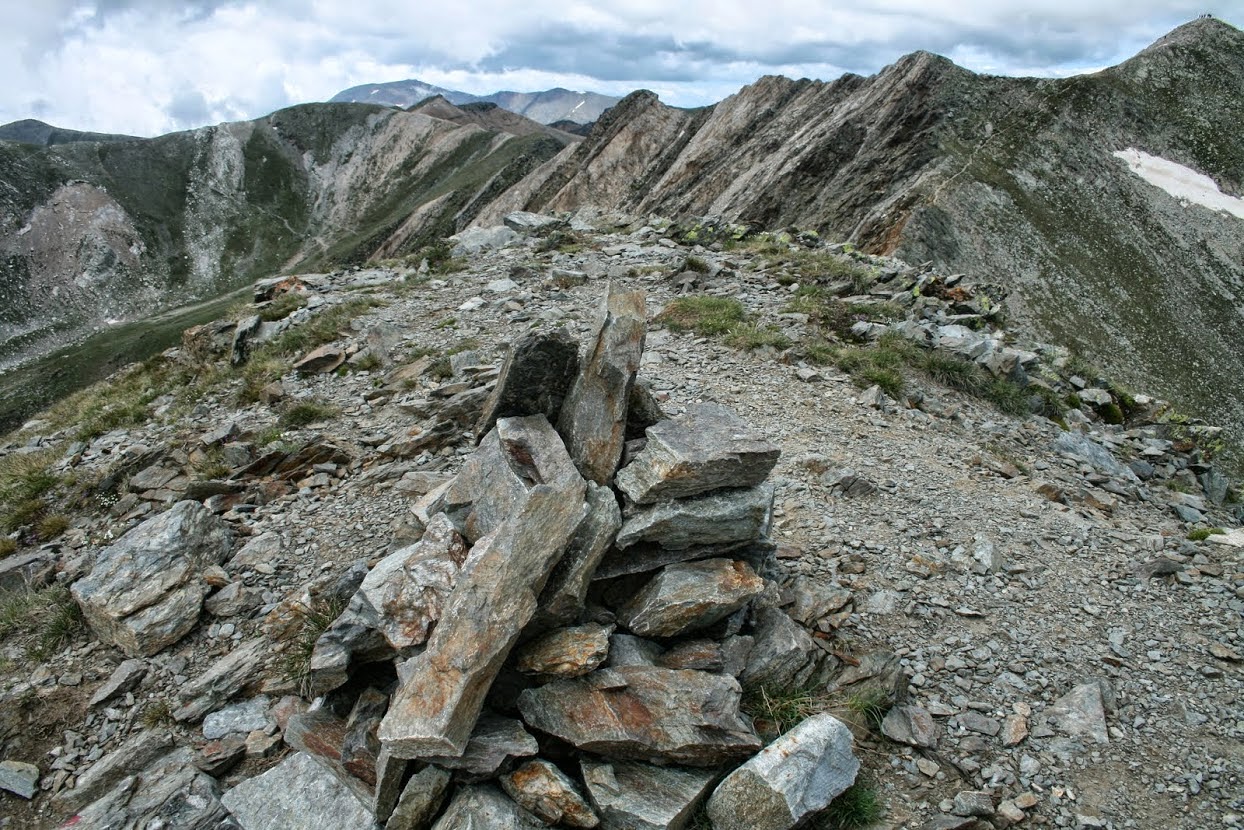 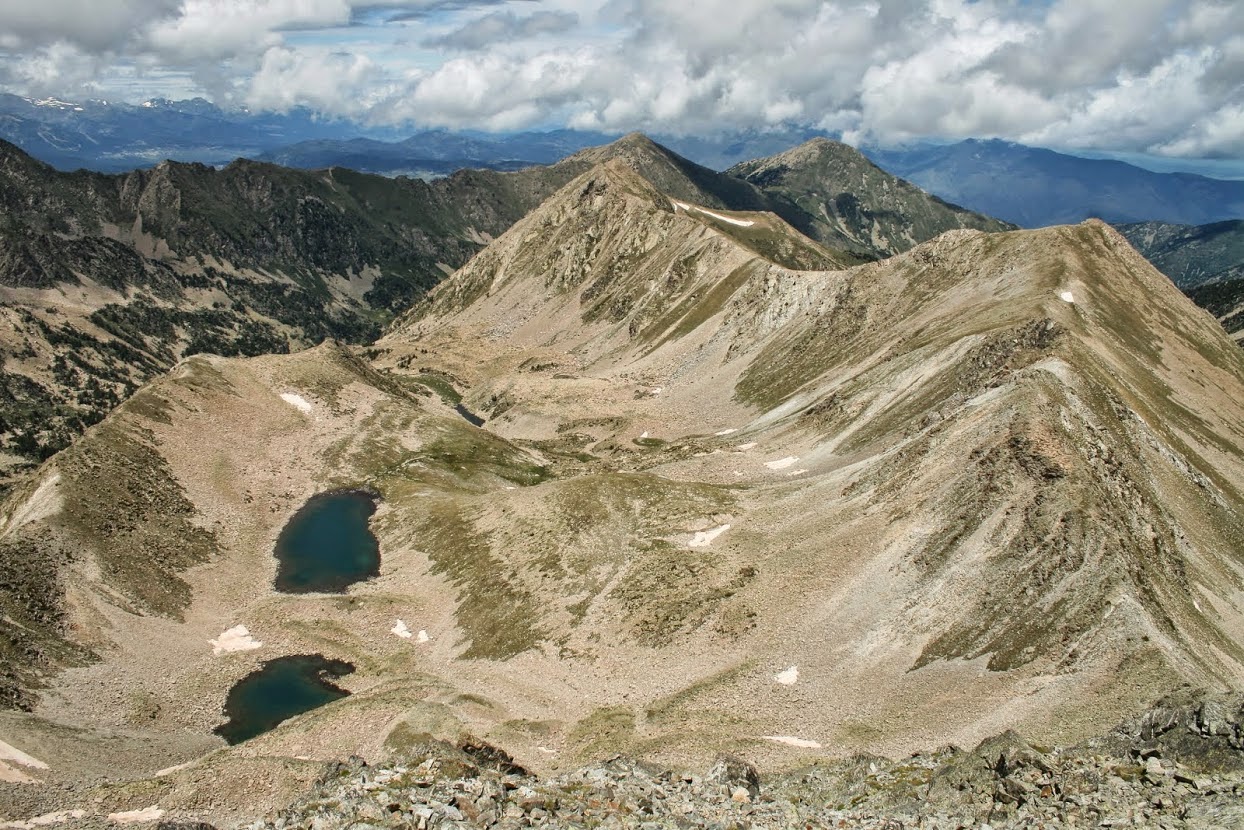 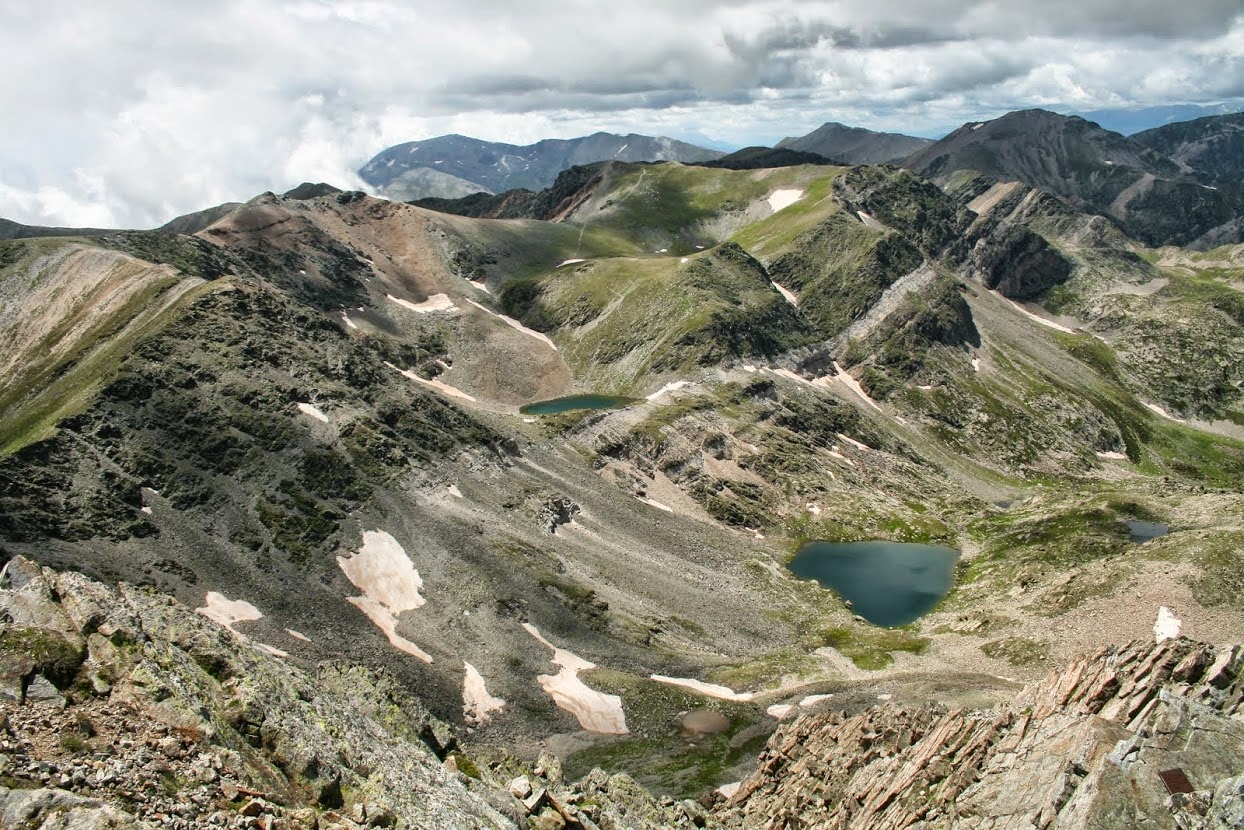 There was a big group of Pyrenean Chamois close to that lakes, we counted, at least, 66 individuals. Later, we would see 10 more while walking, and a group of 71 on the other side of a valley. I'm not used to see more than 130 Chamois in one day!
The last peak was the 'Cow Peak' (Pic de la Vaca) [2820 m], and then we started to come back. 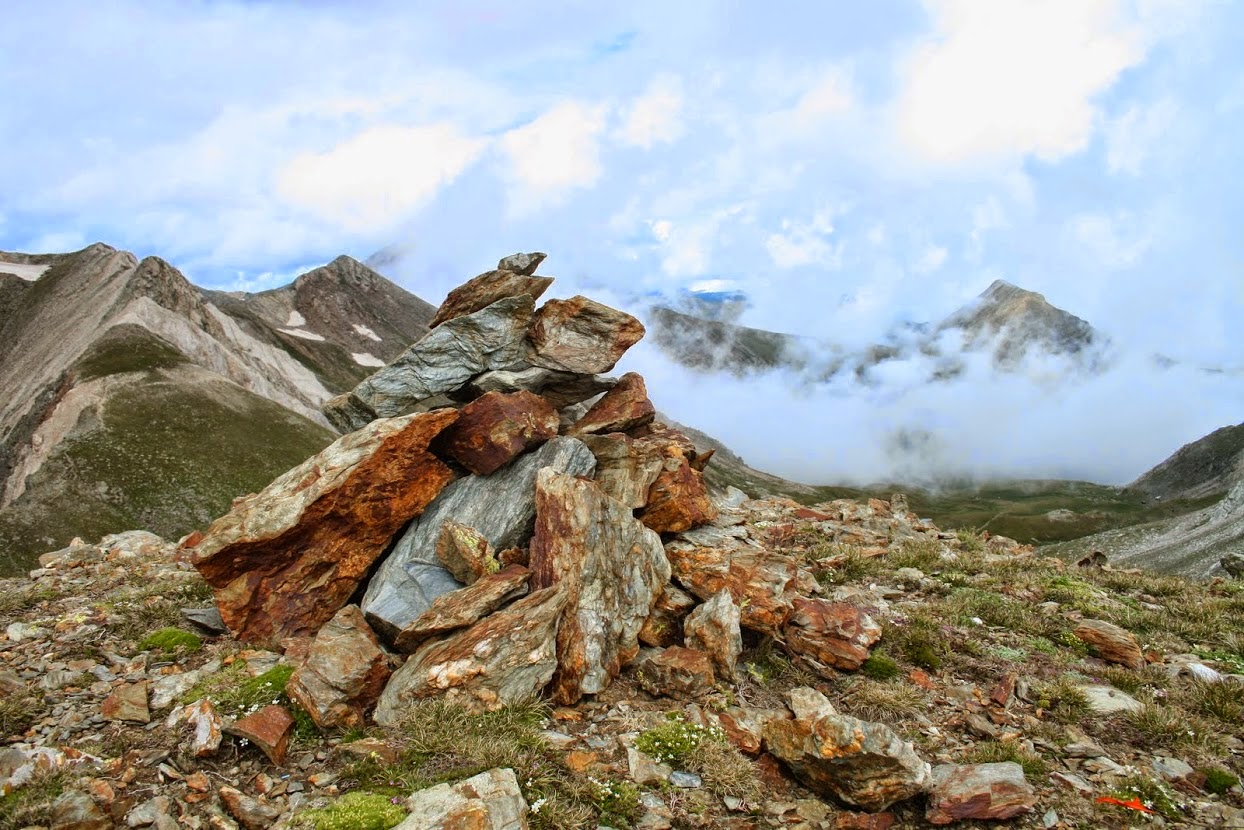 On the way down, we crossed many meadows filled by Skylarks (Alauda arvensis), Alpine Marmots (Marmota marmota) and some Black Redstards (Phoenicurus ochruros) and other usual mountain stuff. Lots of really nice flowers too... I could be taking photos of them for months! 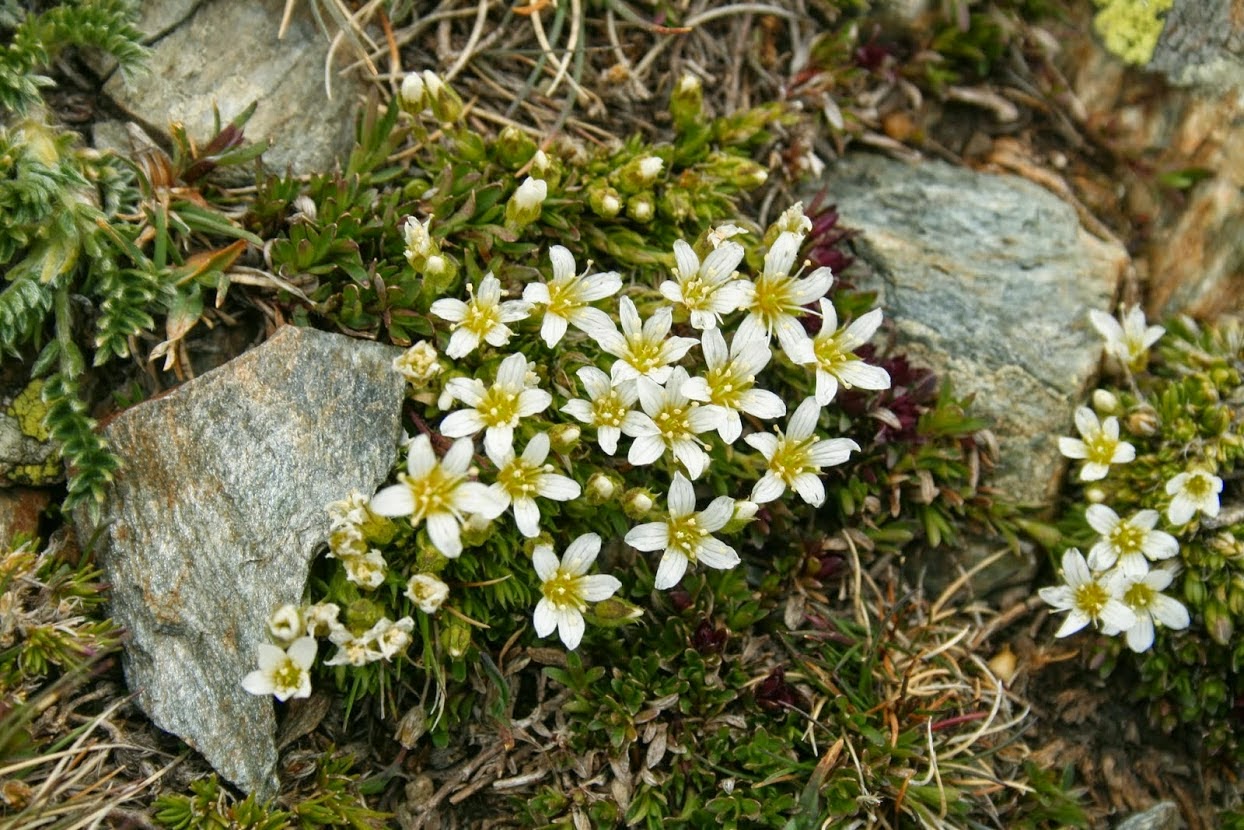 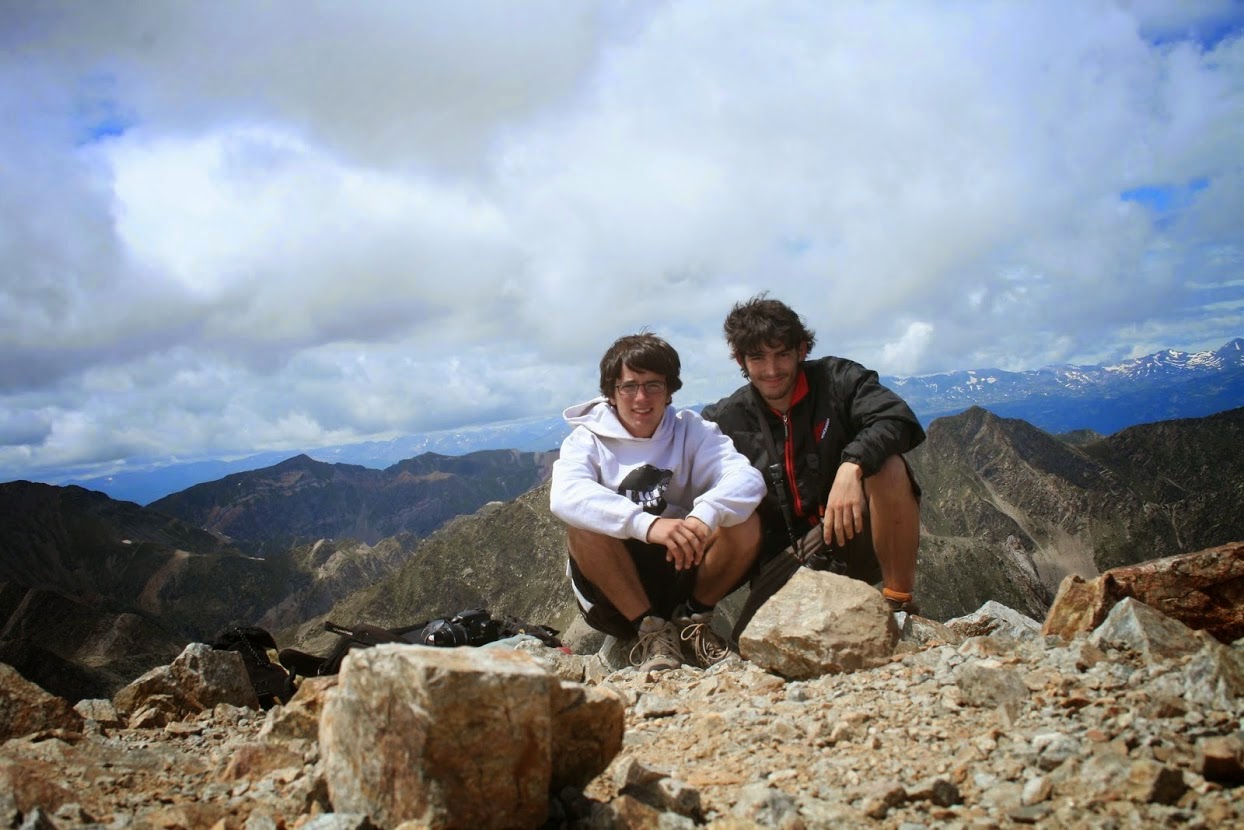