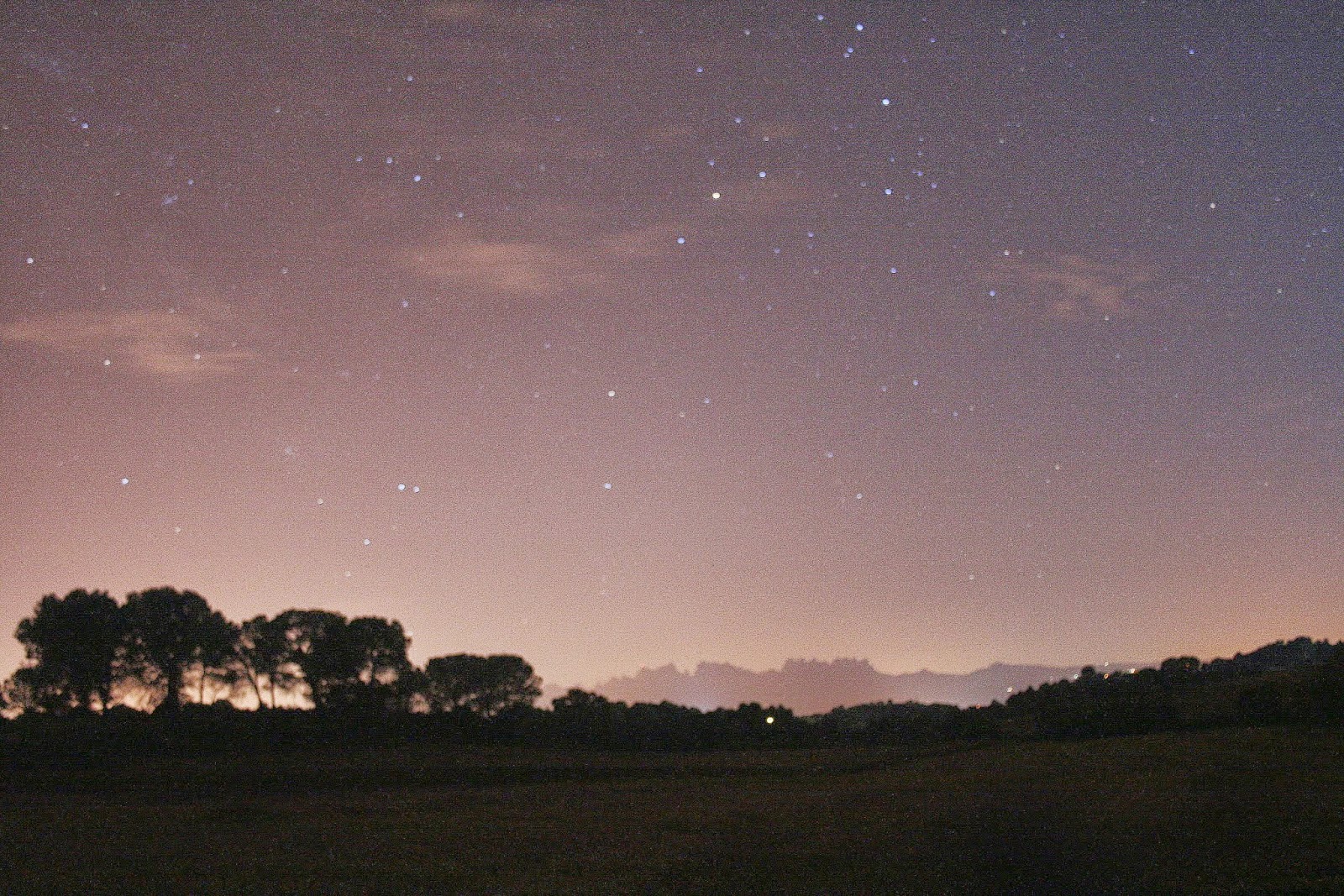 Summer nights can be really magic in terms of everything. Just taking the car or going for a walk, you'll probably be surprised by something (an owl, a fox, a nightjar...), so imagine what can happen if you try to ring something. Additionally, you may be pleased by a really nice star-filled sky...

European Nightjars (Caprimulgus europaeus) are quite easy to catch, either with a usual passerine net or a hand-net. 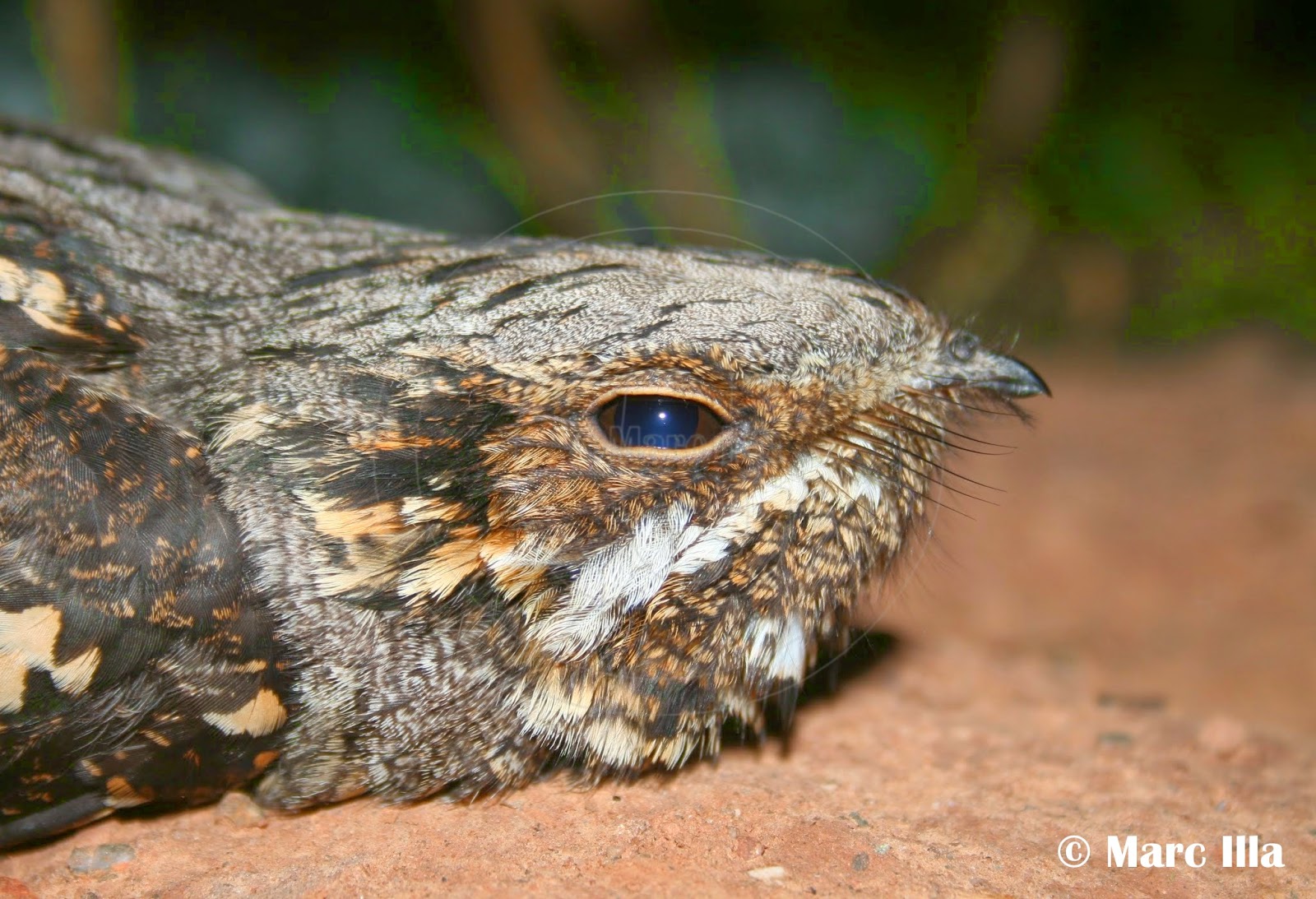 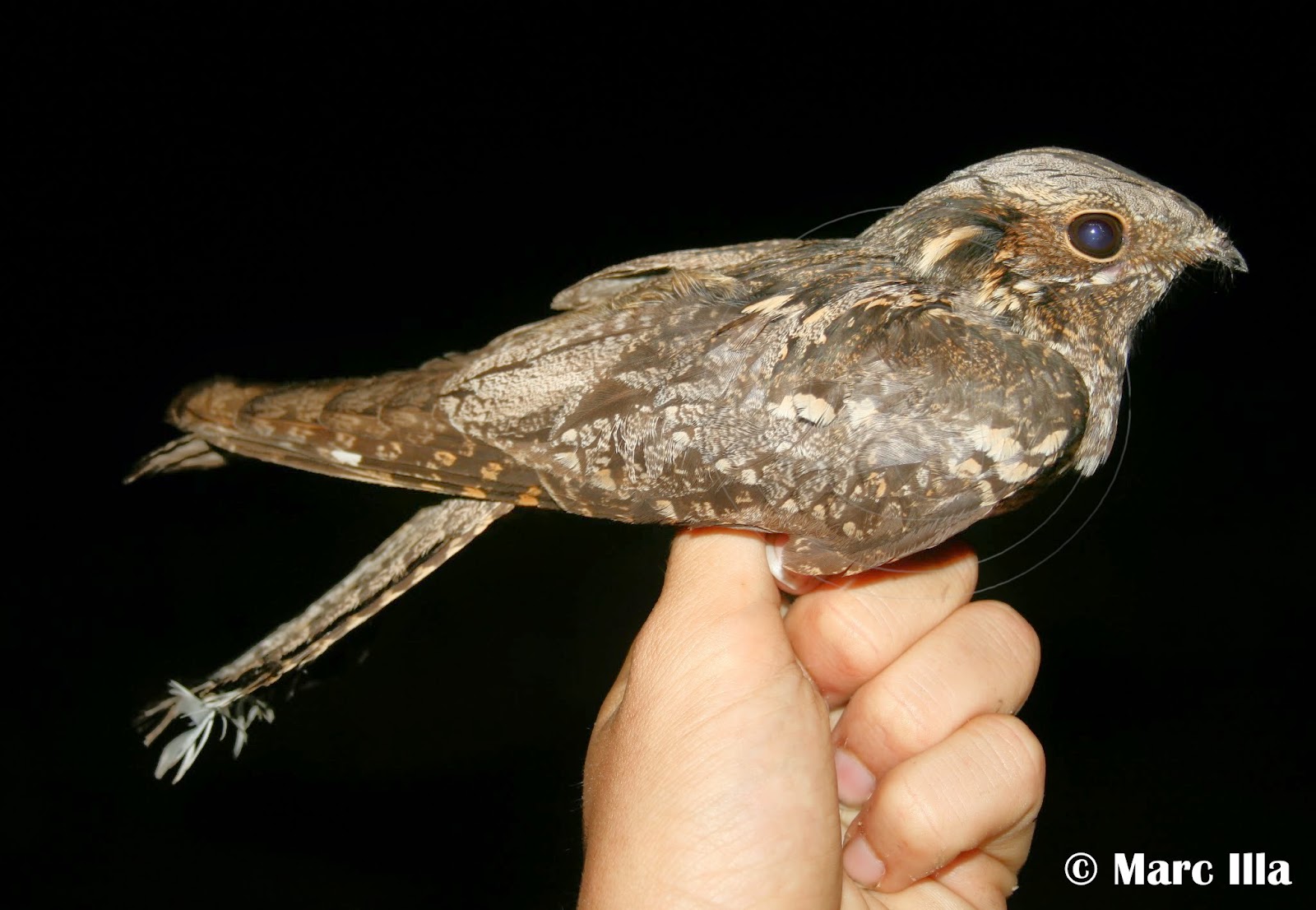 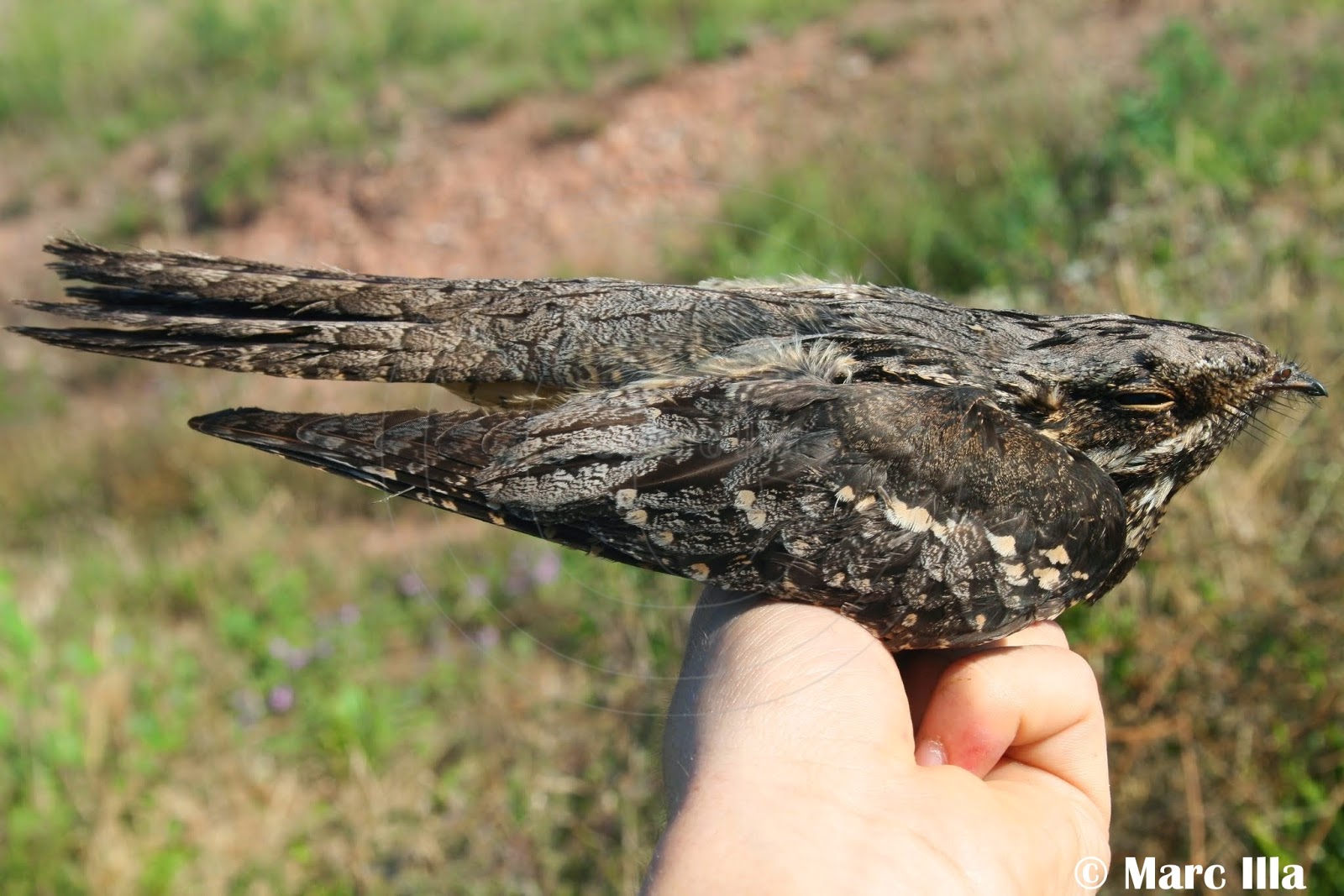 They moult completely, both adults and first-years, starting something before the autumn migration and retaking the moult already in Africa. Contrary to the meaning of 'complete moult', they usually retain some feathers, that often are secondaries, alula and/or GCs. 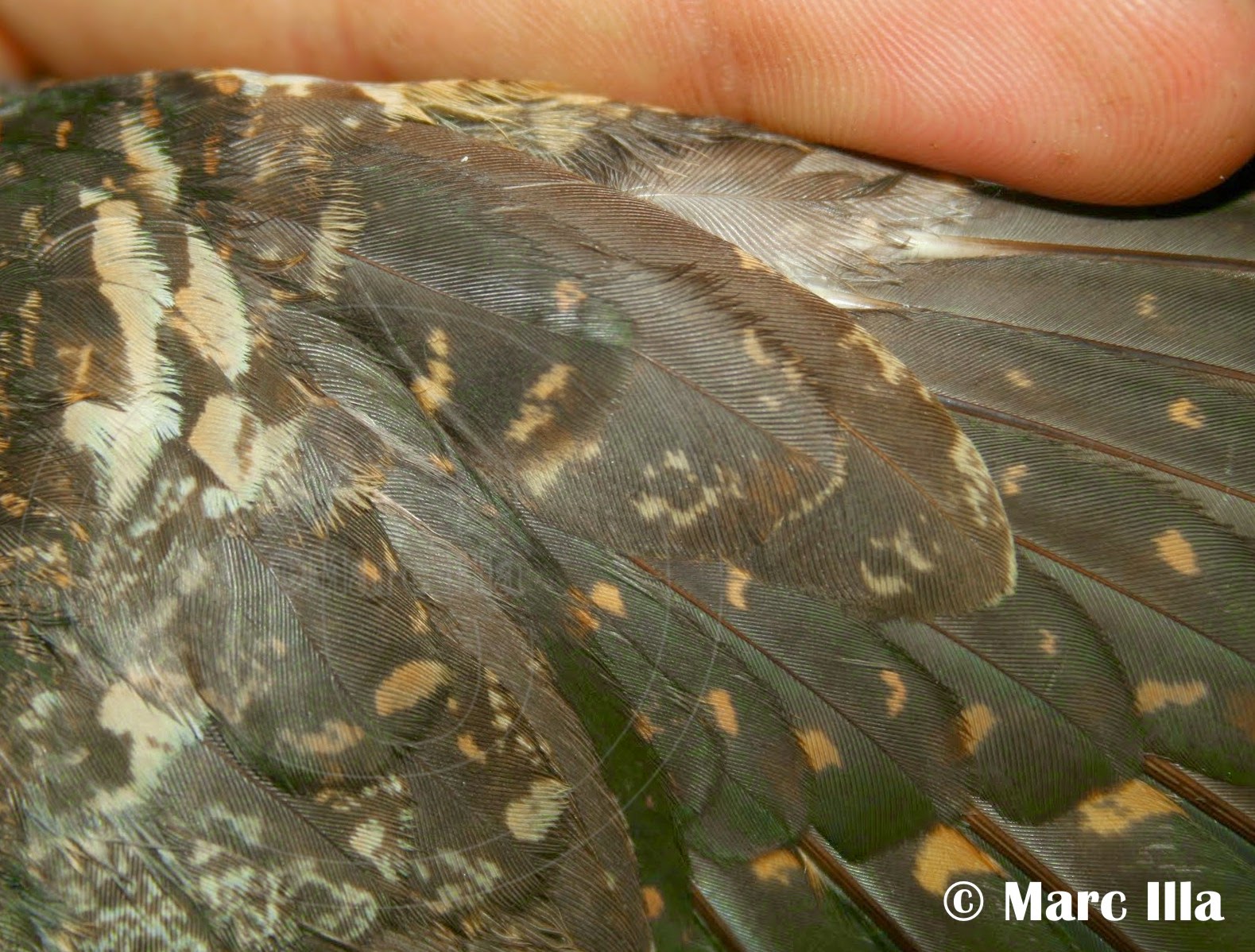 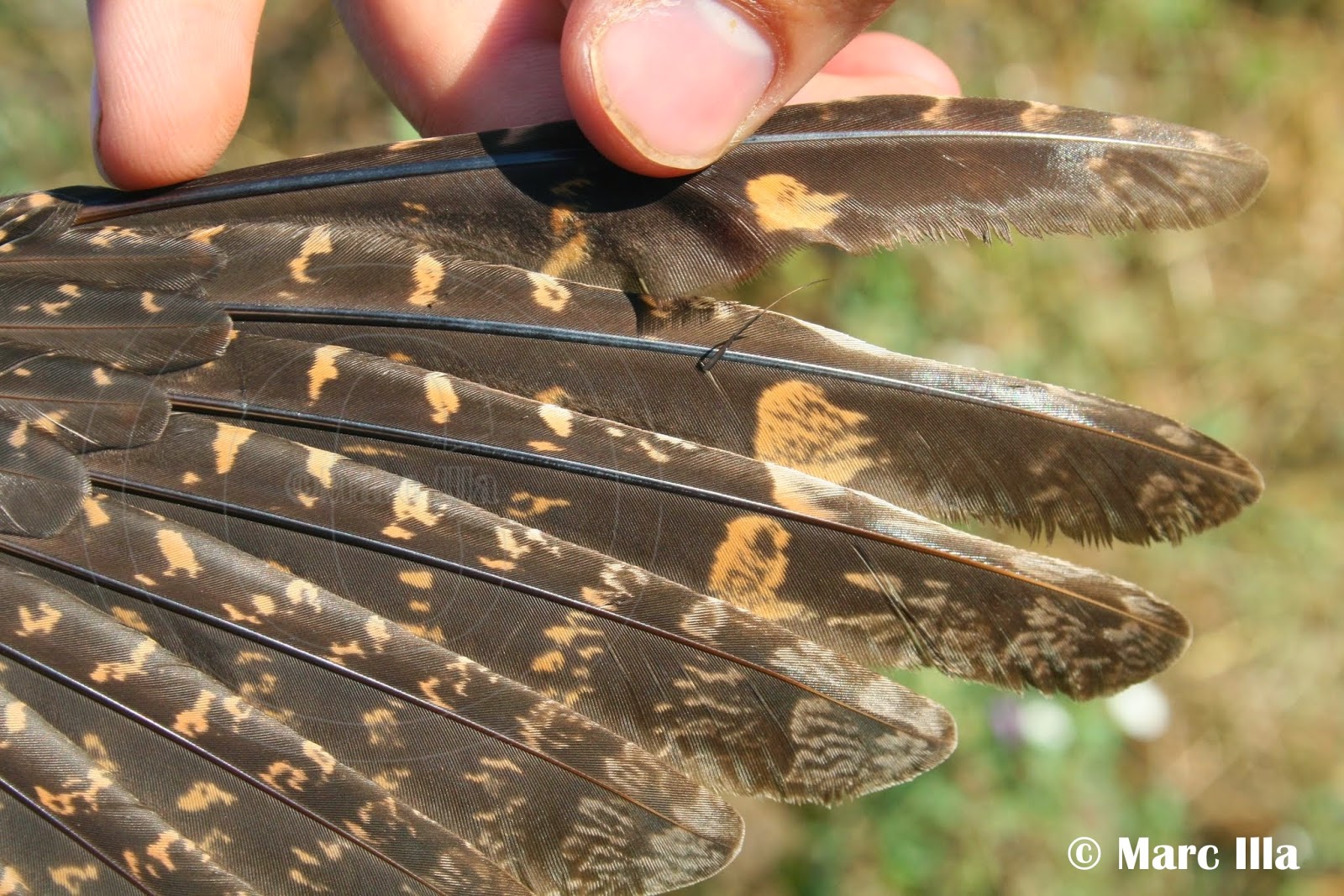 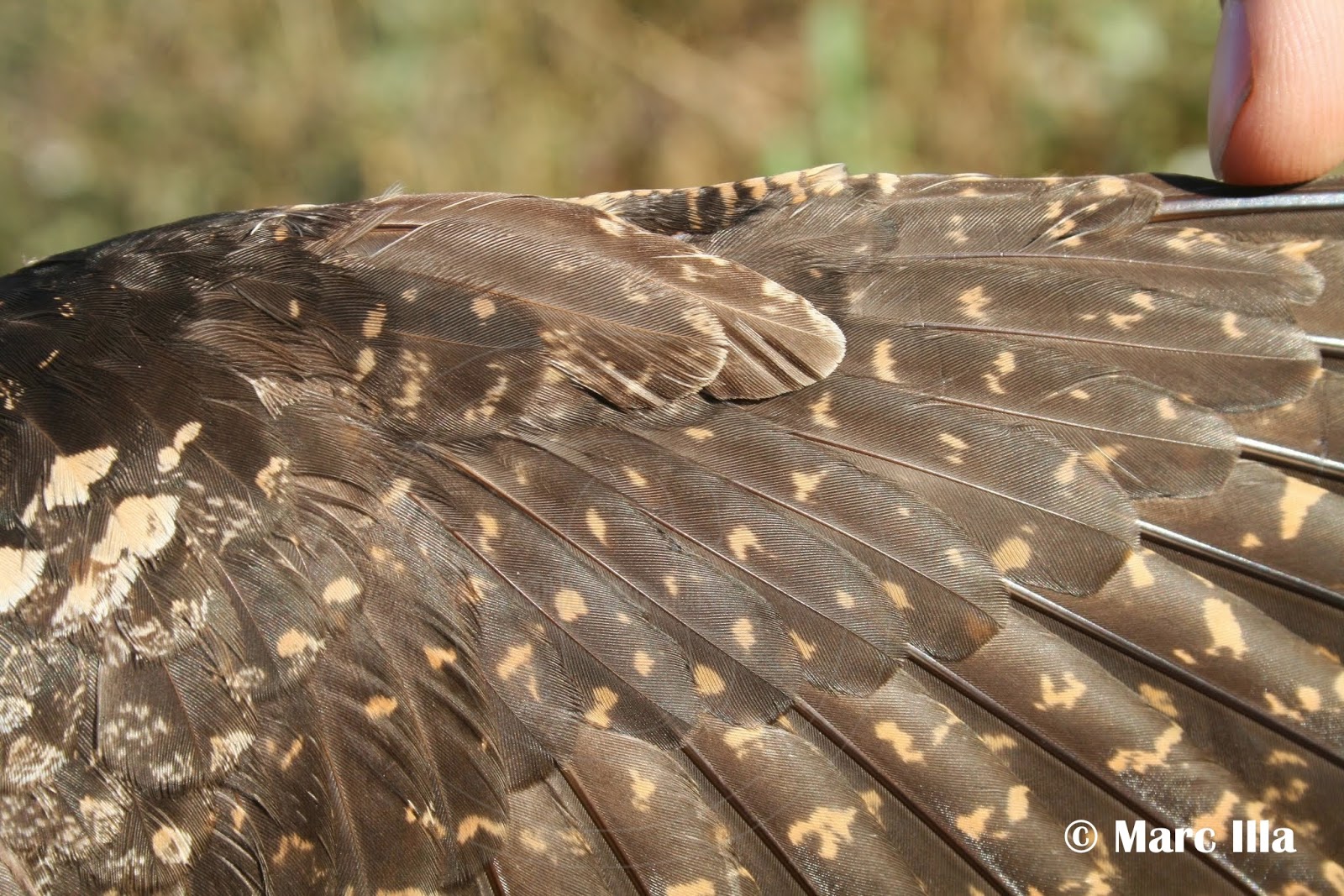 This female Little Owl (Athene noctua) was a big surprise for us. Last year I also ringed one female, see here. This time the bird is a second-year (EURING 5), look how worn are the flight feathers and also how pointed they're. Spots are also smaller and less rounded. 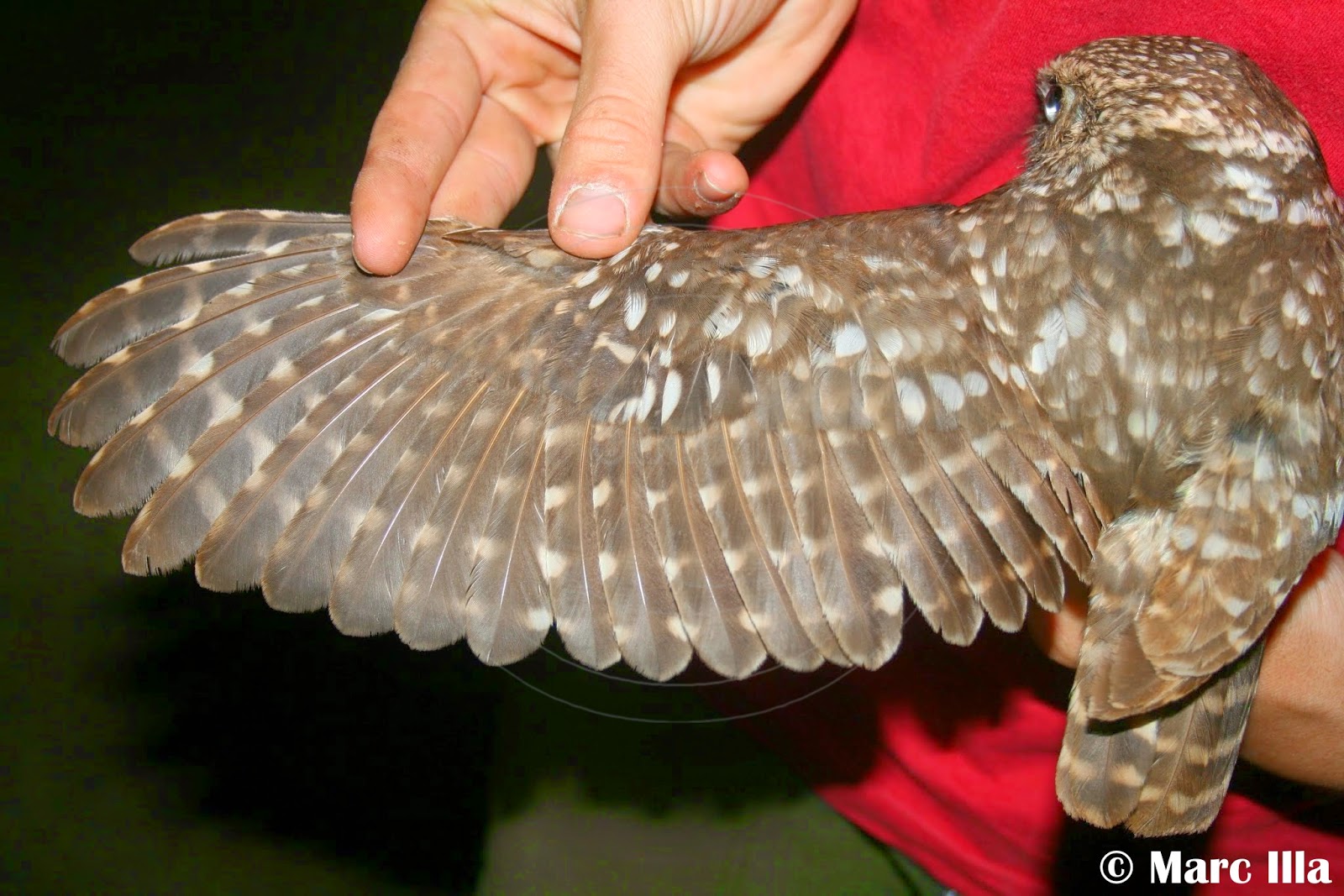 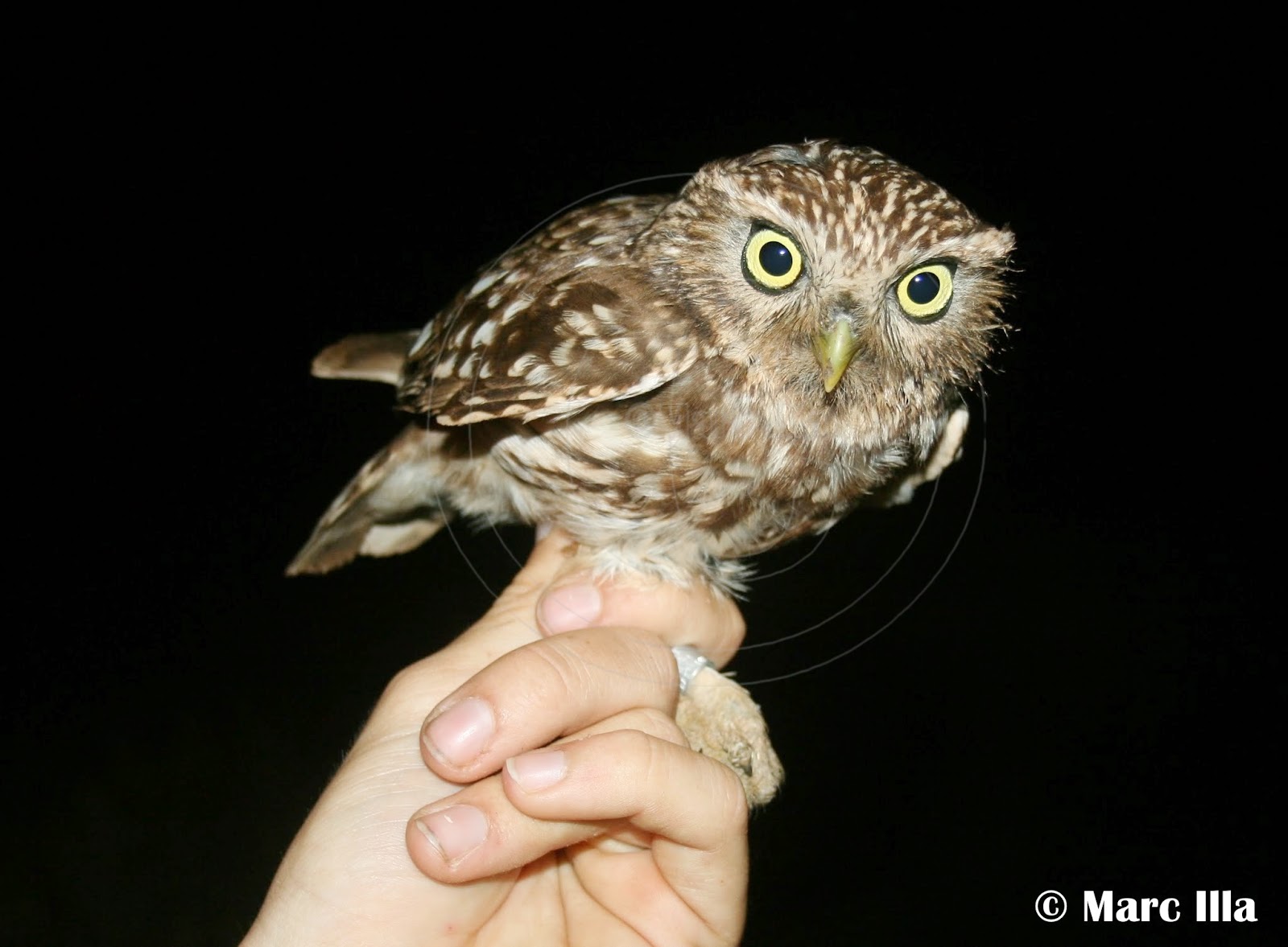 Also, one of her chicks was trapped. 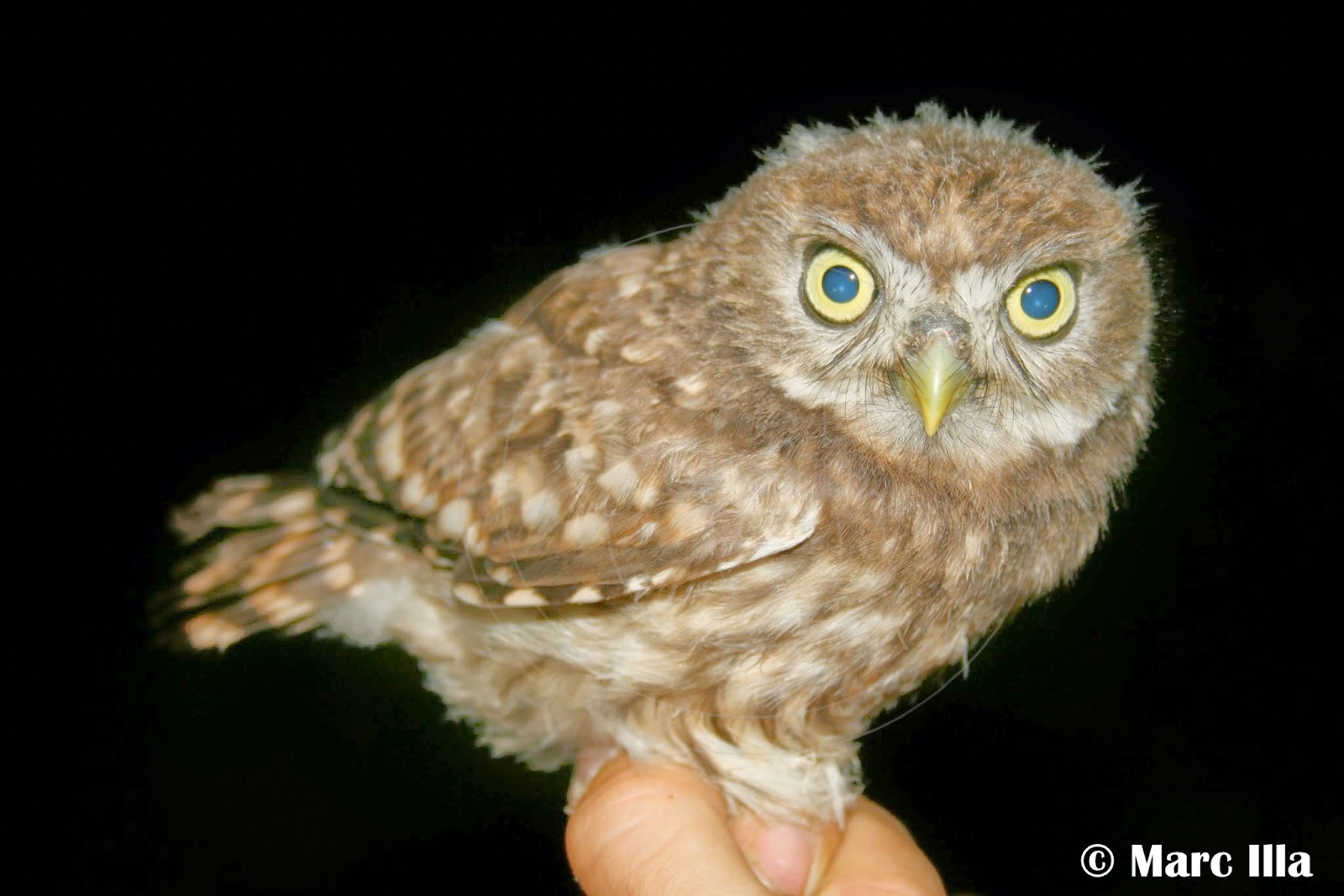 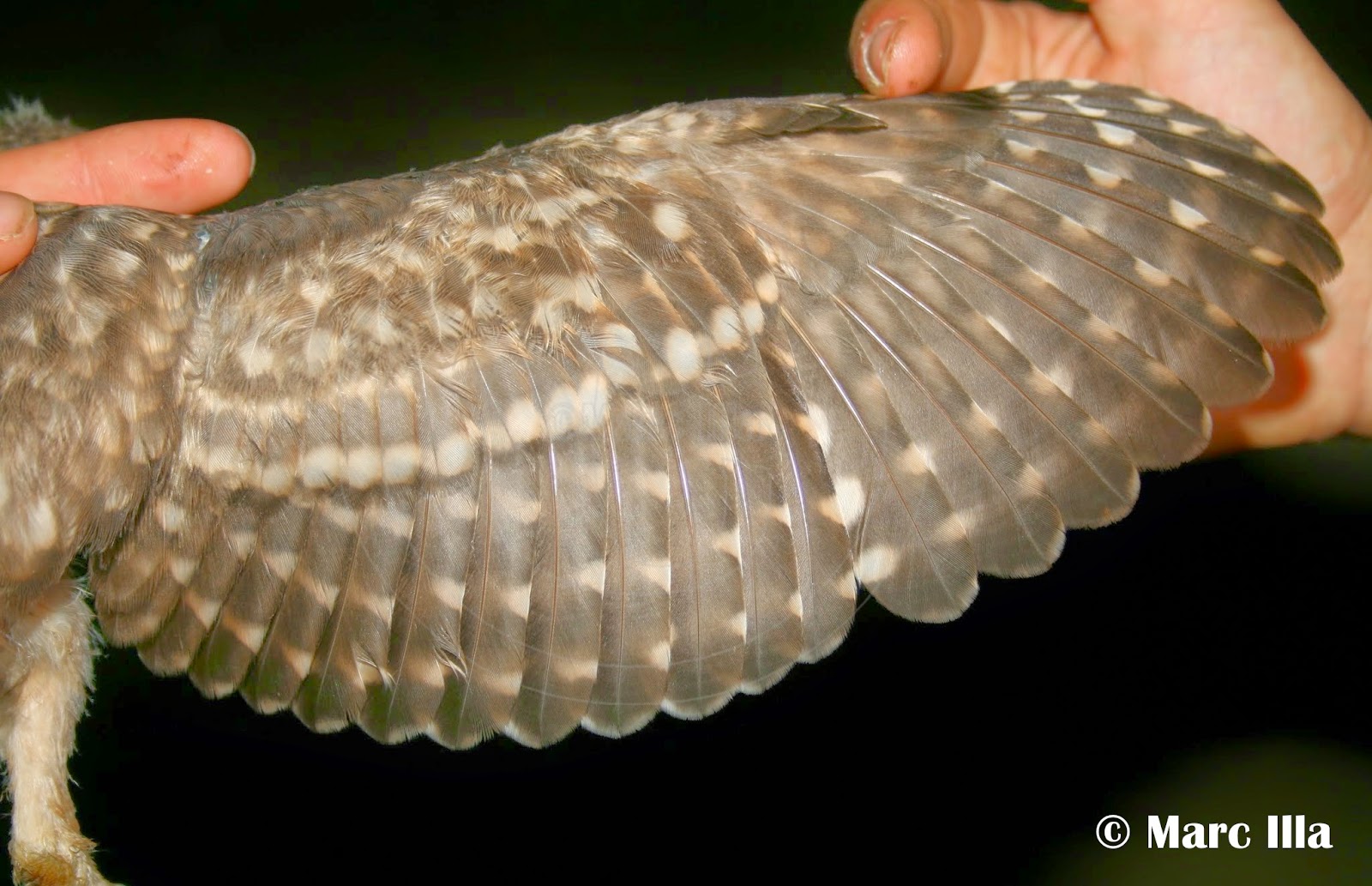 As I said before, is easy to find some other species going around at night. For example, this European Hedgehog (Erinaceus europaeus) and this Bufo calamita: 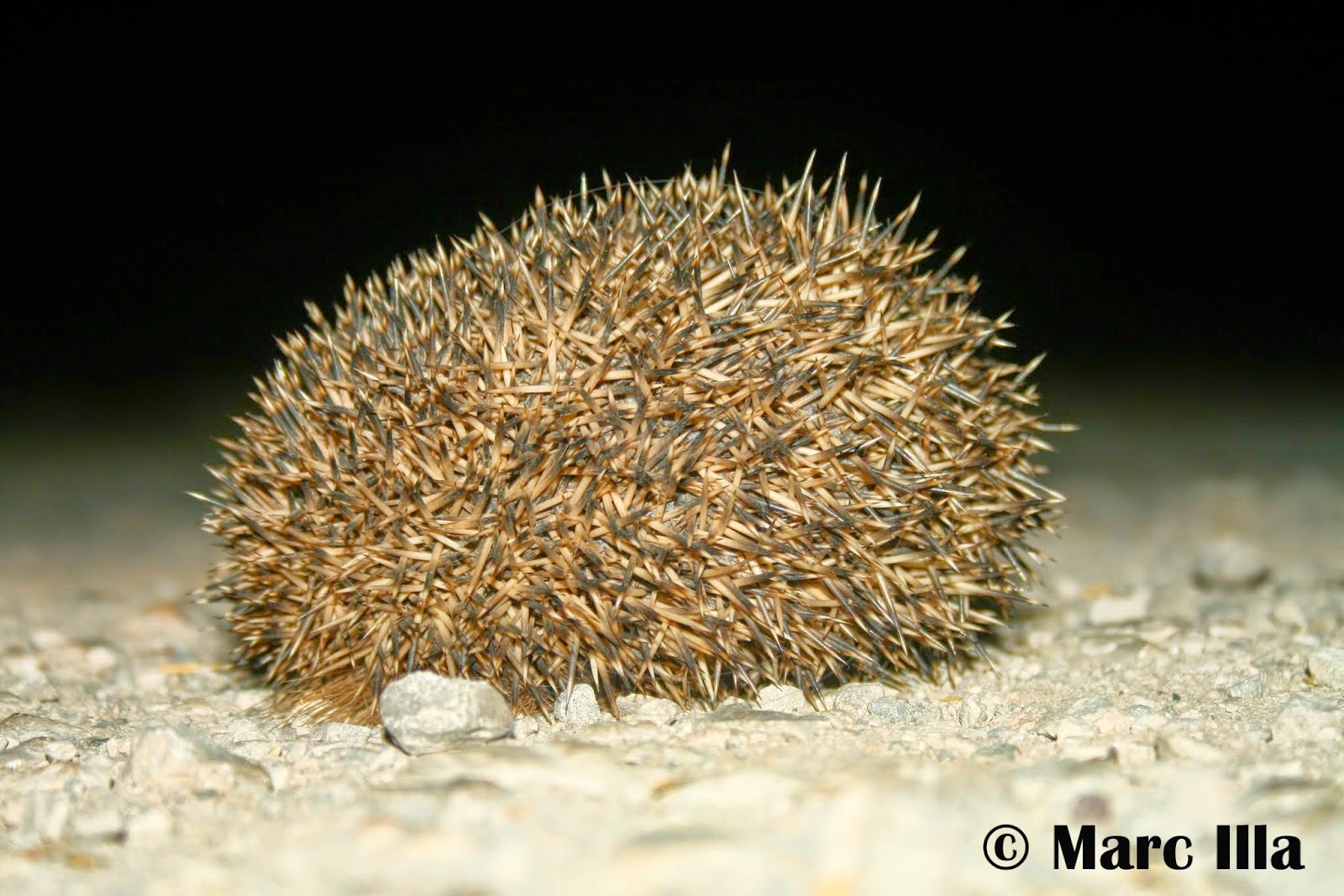 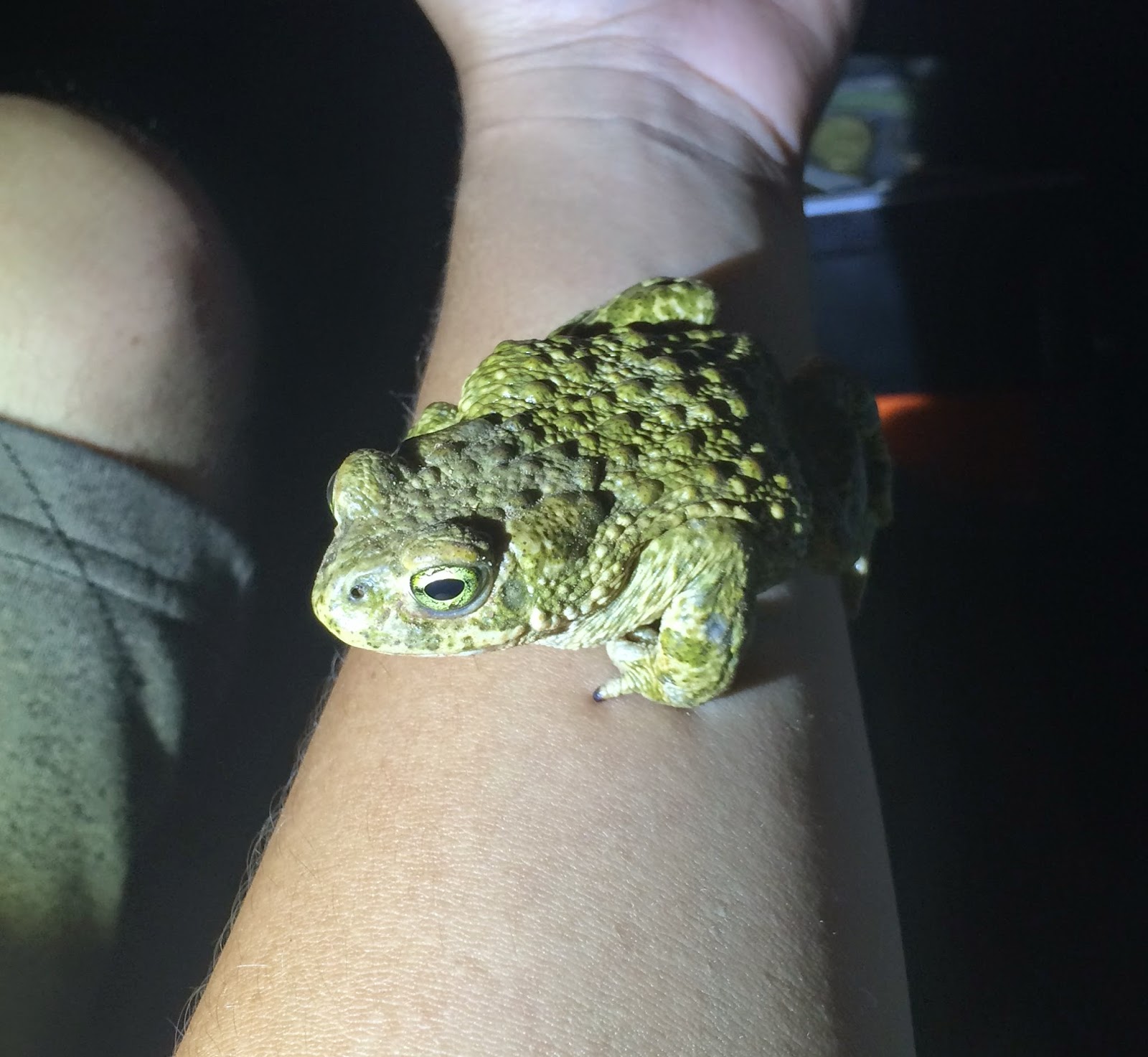 Another 'night landscape' to finish... 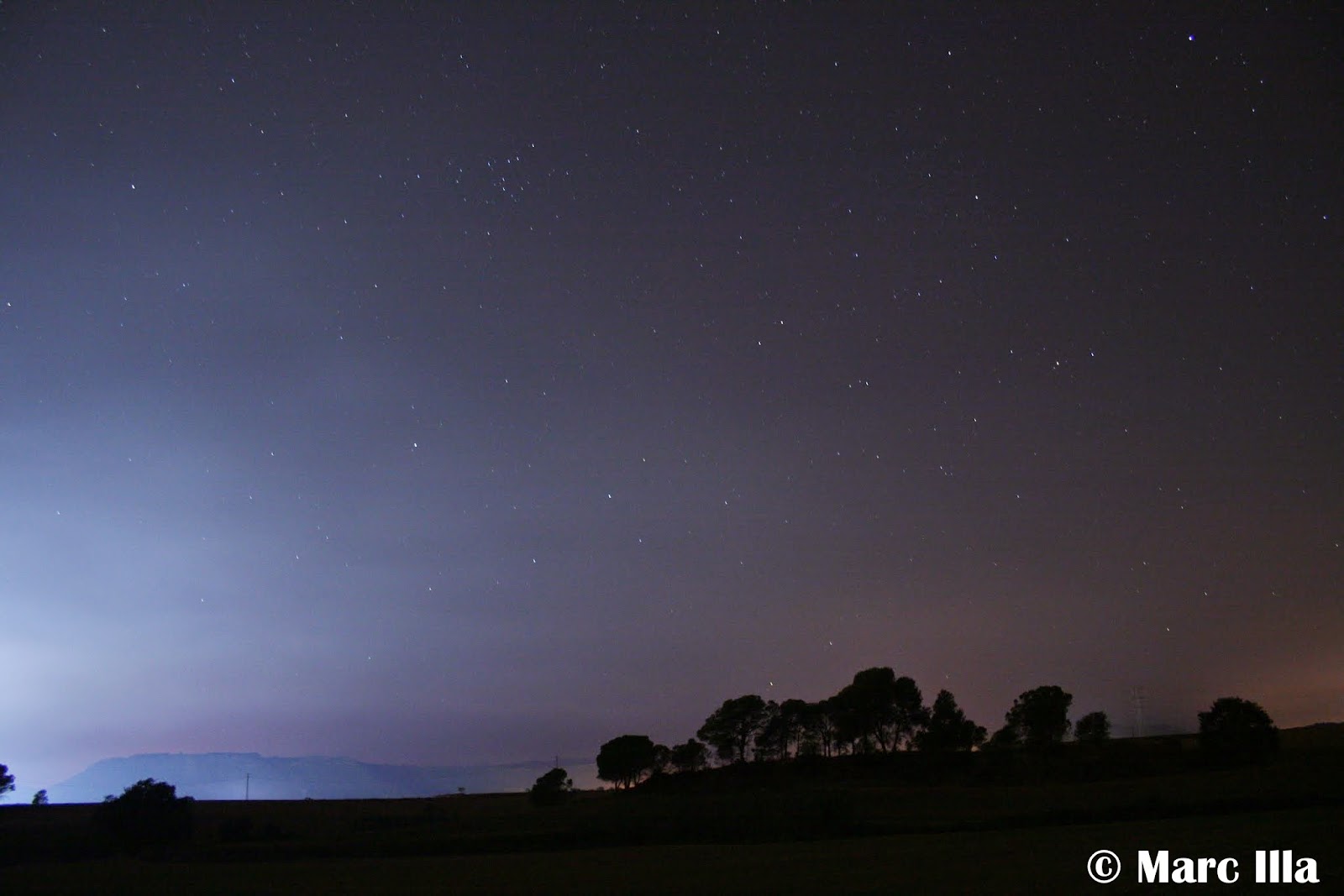