As you may guess, that means that we've ringed 2048 birds of 43 species since I'm here; 2036 birds in Flommen and 12 doing extre ringing in other places. As I've been doing collages in lasts posts, I couldn't avoid to do this one with some of the birds we've ringed. 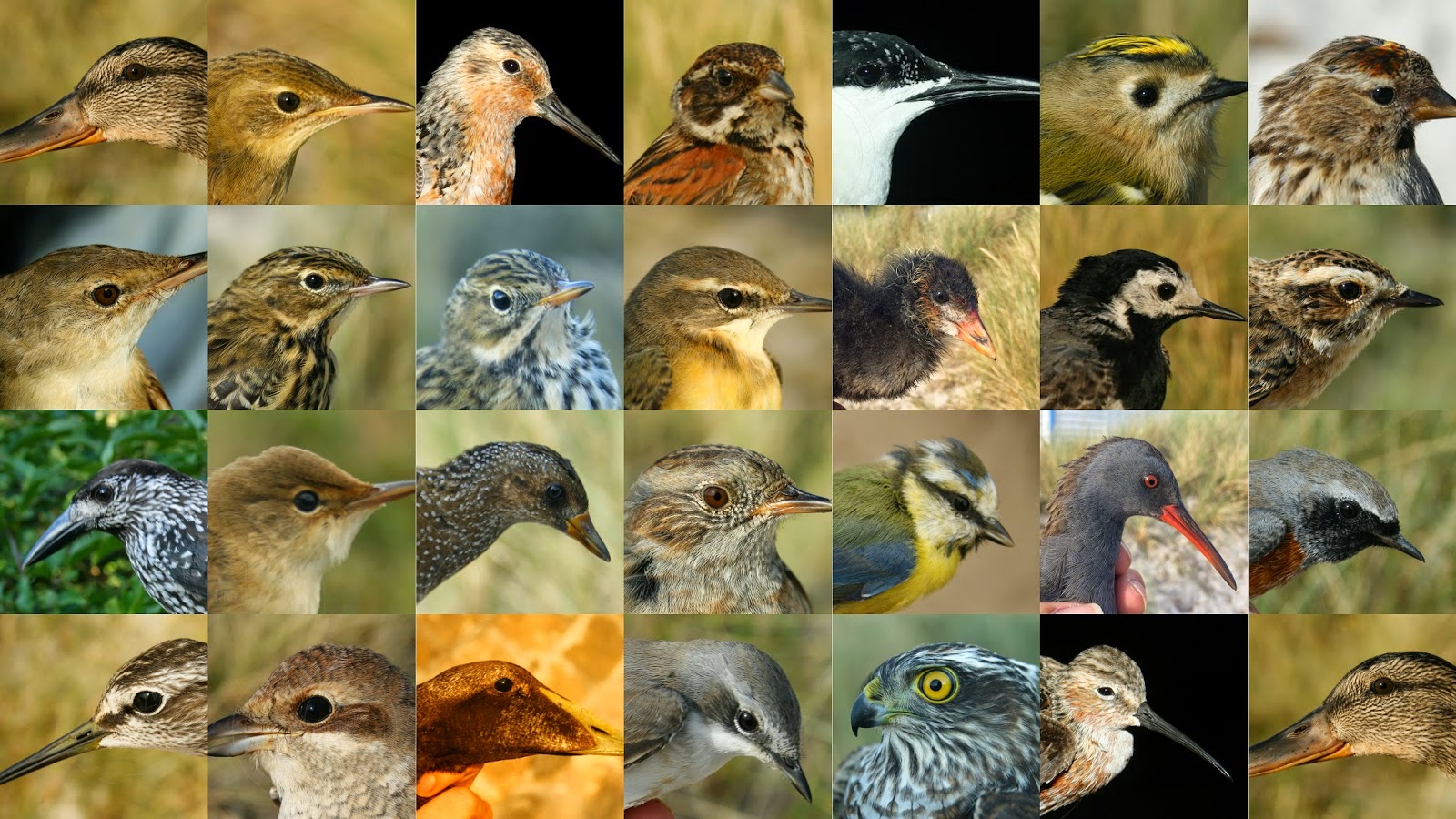 The ringing team in Flommen was composed by Marcel, Per, Lídia and me during the first days, and then Per left and Stephen came. In the lighthouse garden, Caroline, Sophie, Linnea, Albin and Anton are currently working. As all of you know, I'm really happy to have spent this time with you. Tack så mycket for everything! Hope we'll meet again very soon!

During last days, since the start of September more or less, many presaharan birds appeared and the migration changed really fast. Common Buzzards (Buteo buteo) have been the commonest raptors together with Sparrowhawks (Accipiter nisus), and while many transaharan passerines are getting scarcer, species like Robin (Erithacus rubecula), Dunnock (Prunella modularis), Goldcrest (Regulus regulus), and Chaffinch (Fringilla coelebs) are really common. That would be usual in early October, but we're still in September... It's a really weird season in terms of phenology, the migration peaks are coming between 2 and 3 weeks before the usual dates.

That's why in Flommen we're trapping some Dunnocks during these days. I really reccomend you this paper [Menzie, S. & Malmhagen, B. (2013). Ageing Dunnocks Prunella modularis using plumage characteristics. Ringing & Migration, Vol. 28, Iss. 1] to age them, because in the literature, when talking about Dunnock's ageing, the iris and the base of bill colours are pointed as the most realiable criteria.
We've been seen Goldcrest (Regulus regulus) everywhere, as well. I remember last year when I left on 9th September without see any Goldcrest around! We also trapped a nice first-year male in the reeds. 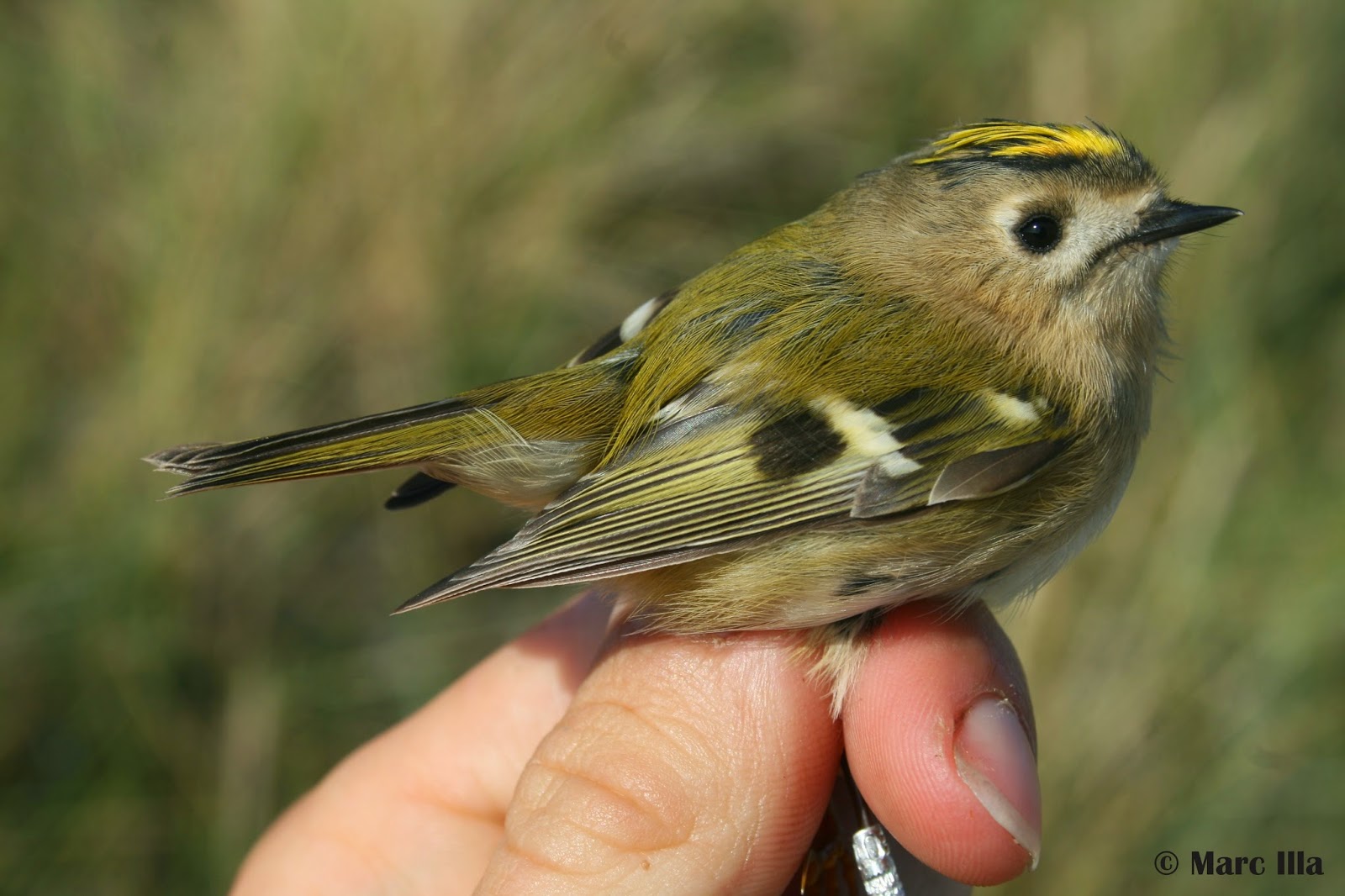 Apart from that, we trapped another species, probably the most unexpected bird in hand that we've trapped. An Eider (Somateria mollissima)!
We managed to catch it by hand, don't ask how... The thing is that is a 3+ (EURING 6) male. 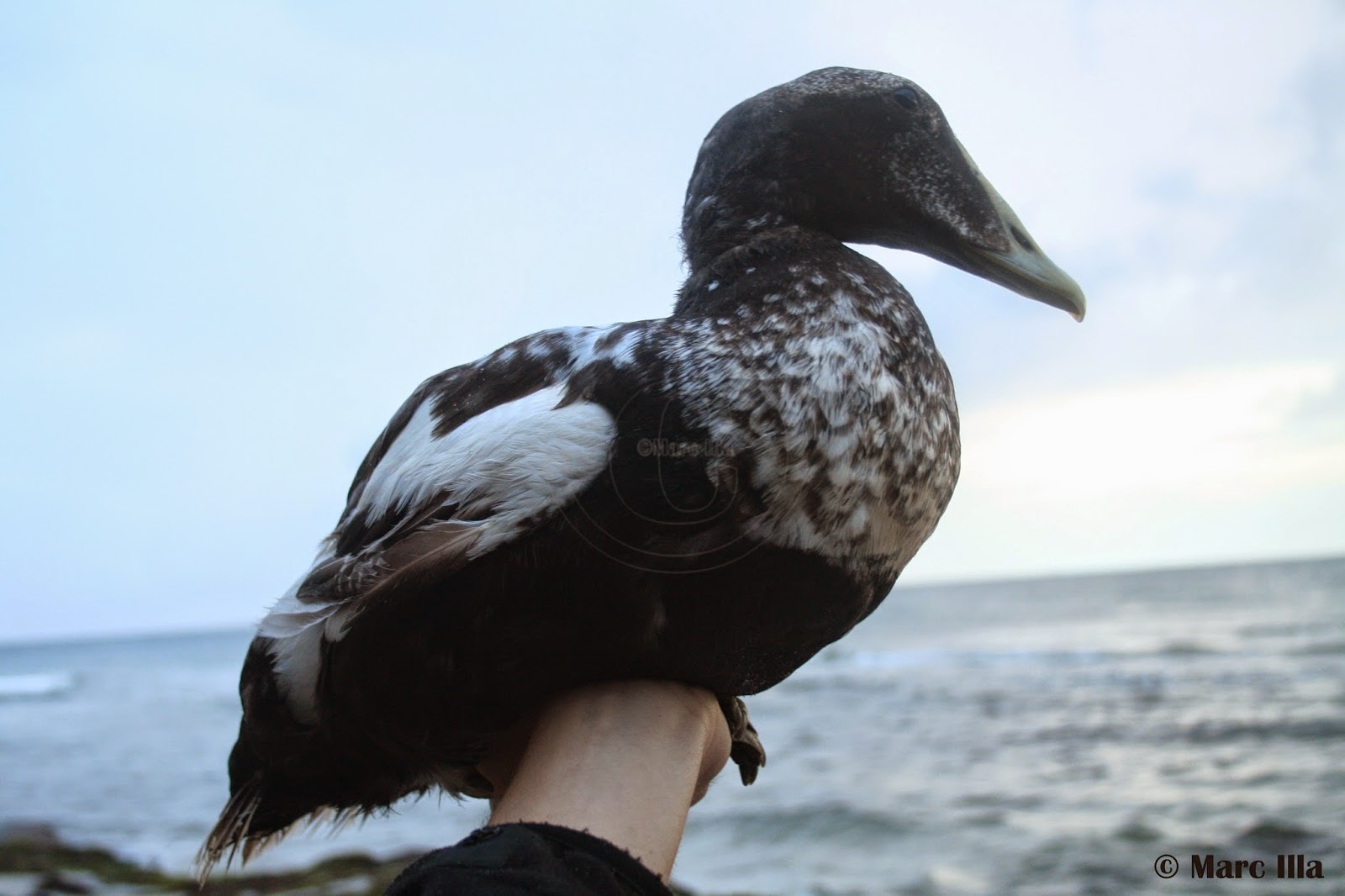 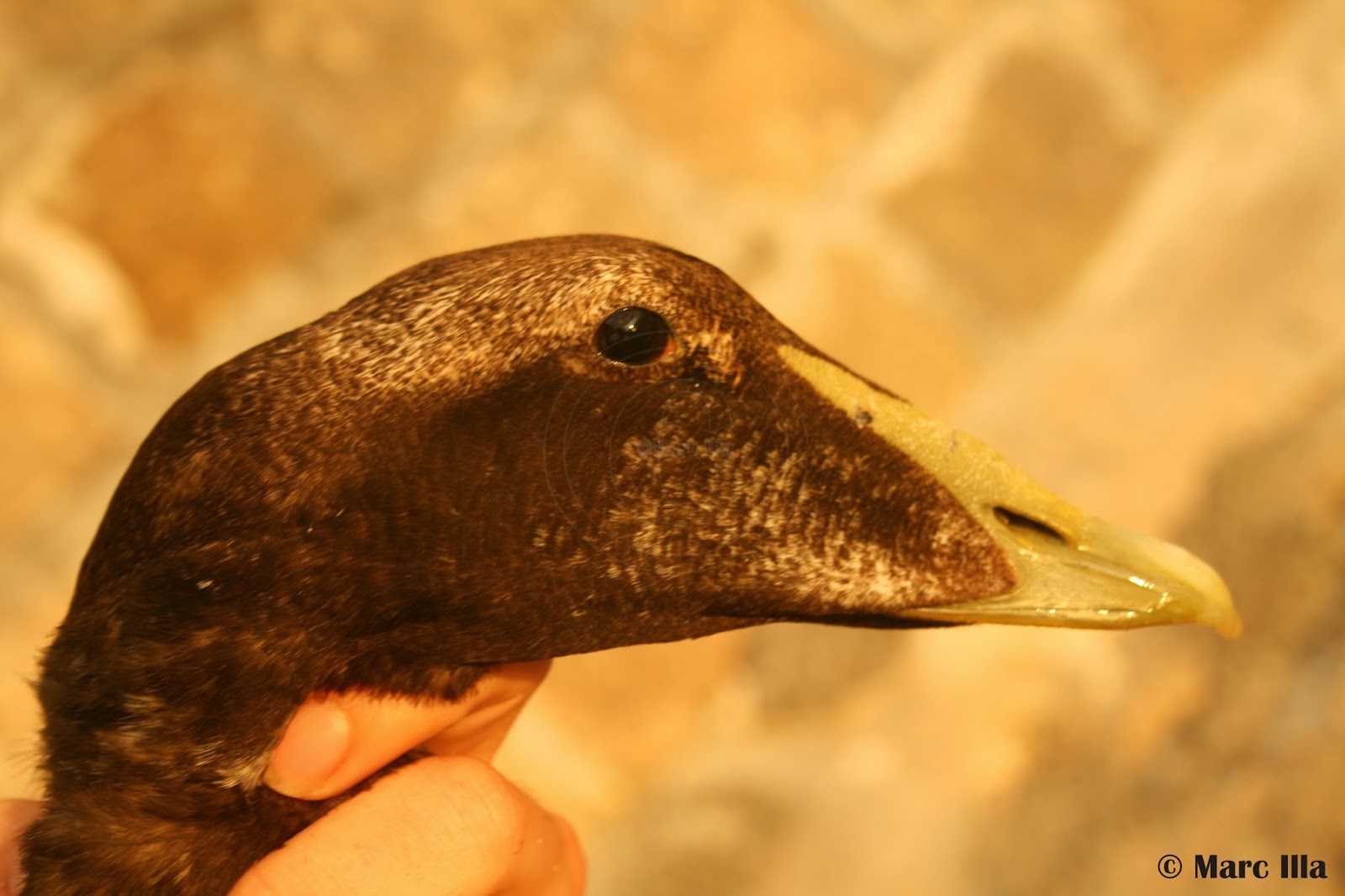 It's not only a farewell with people and birds, it's a 'see you soon' for a place that I'll really miss... 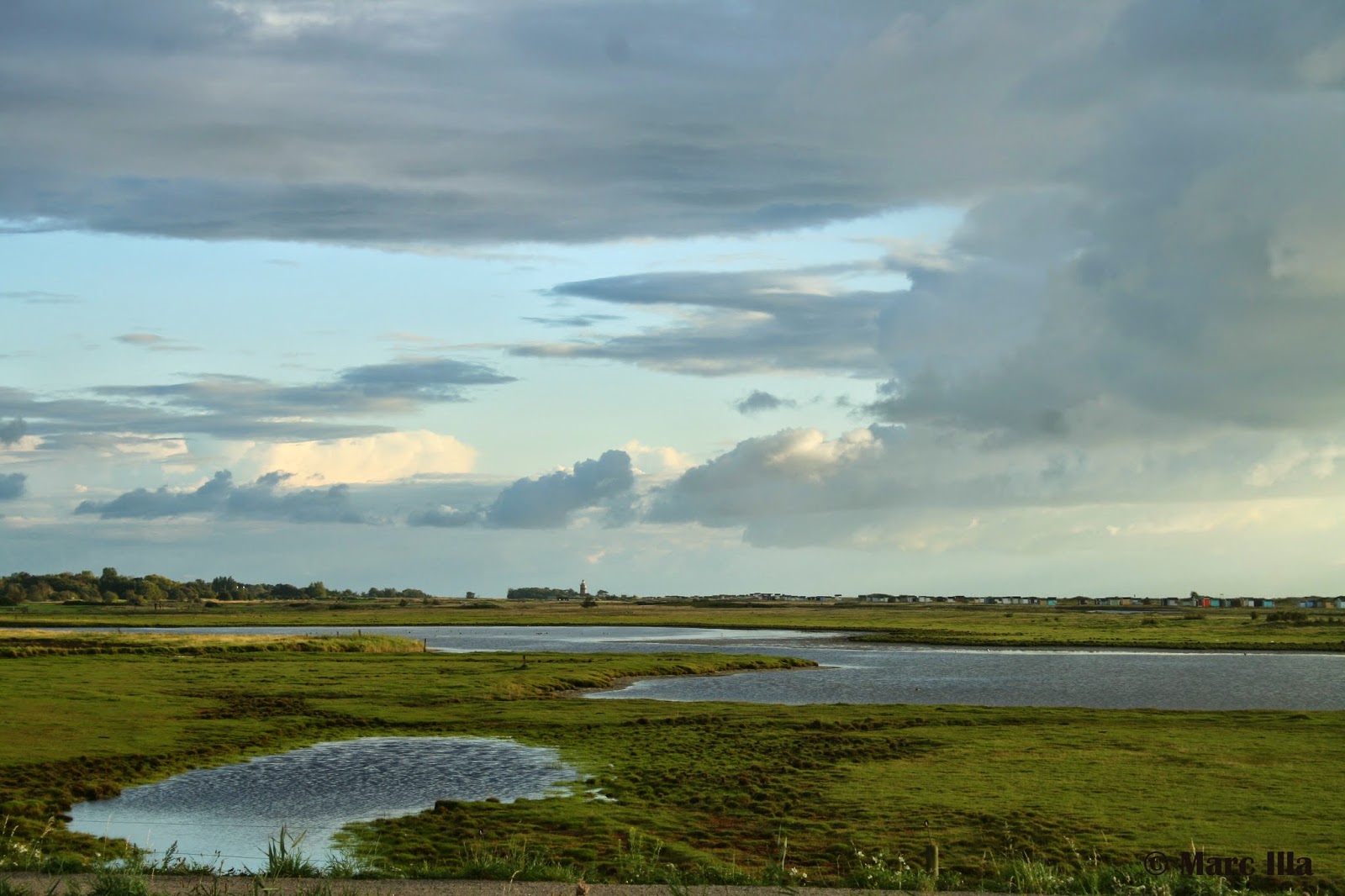 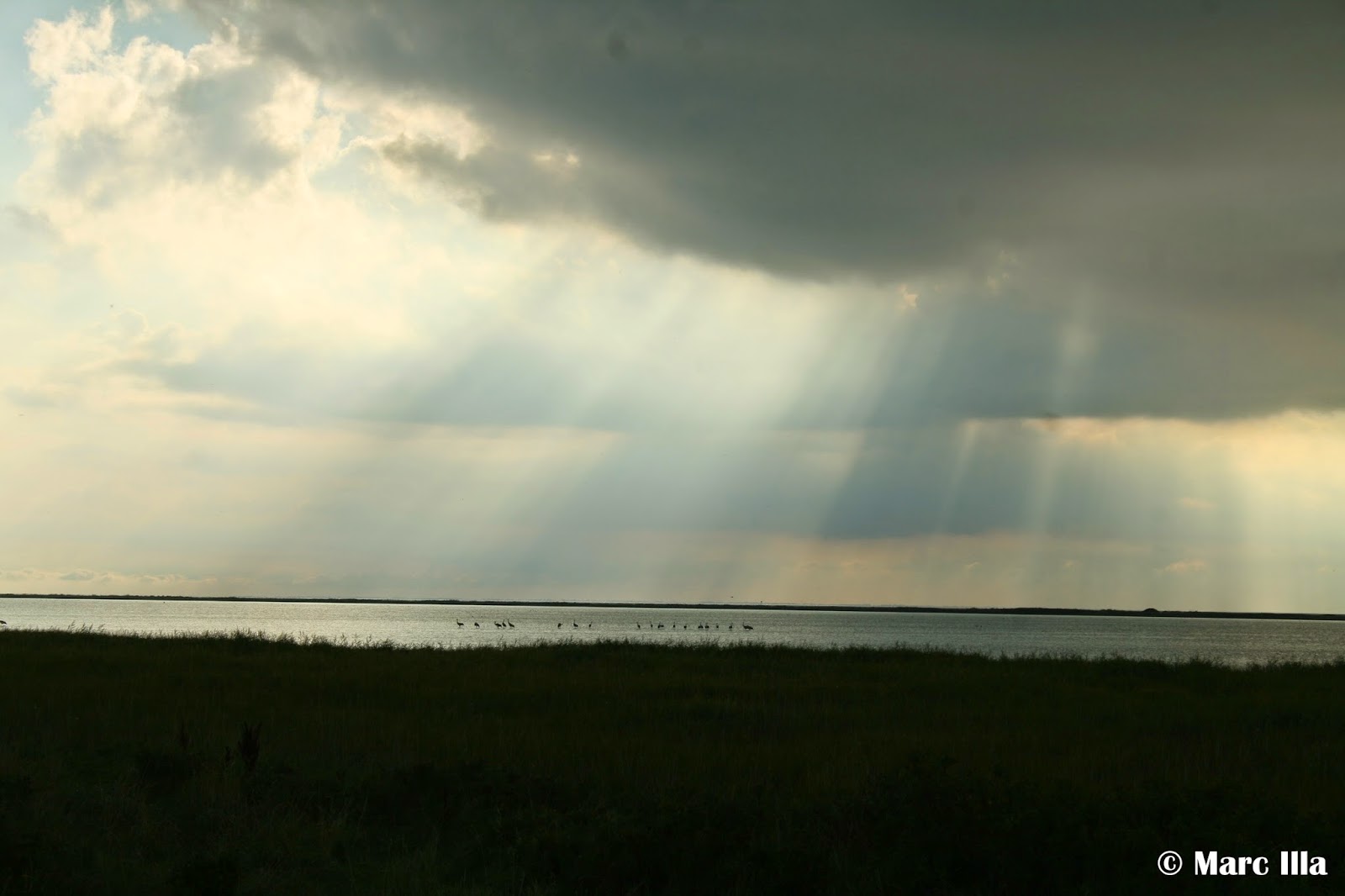 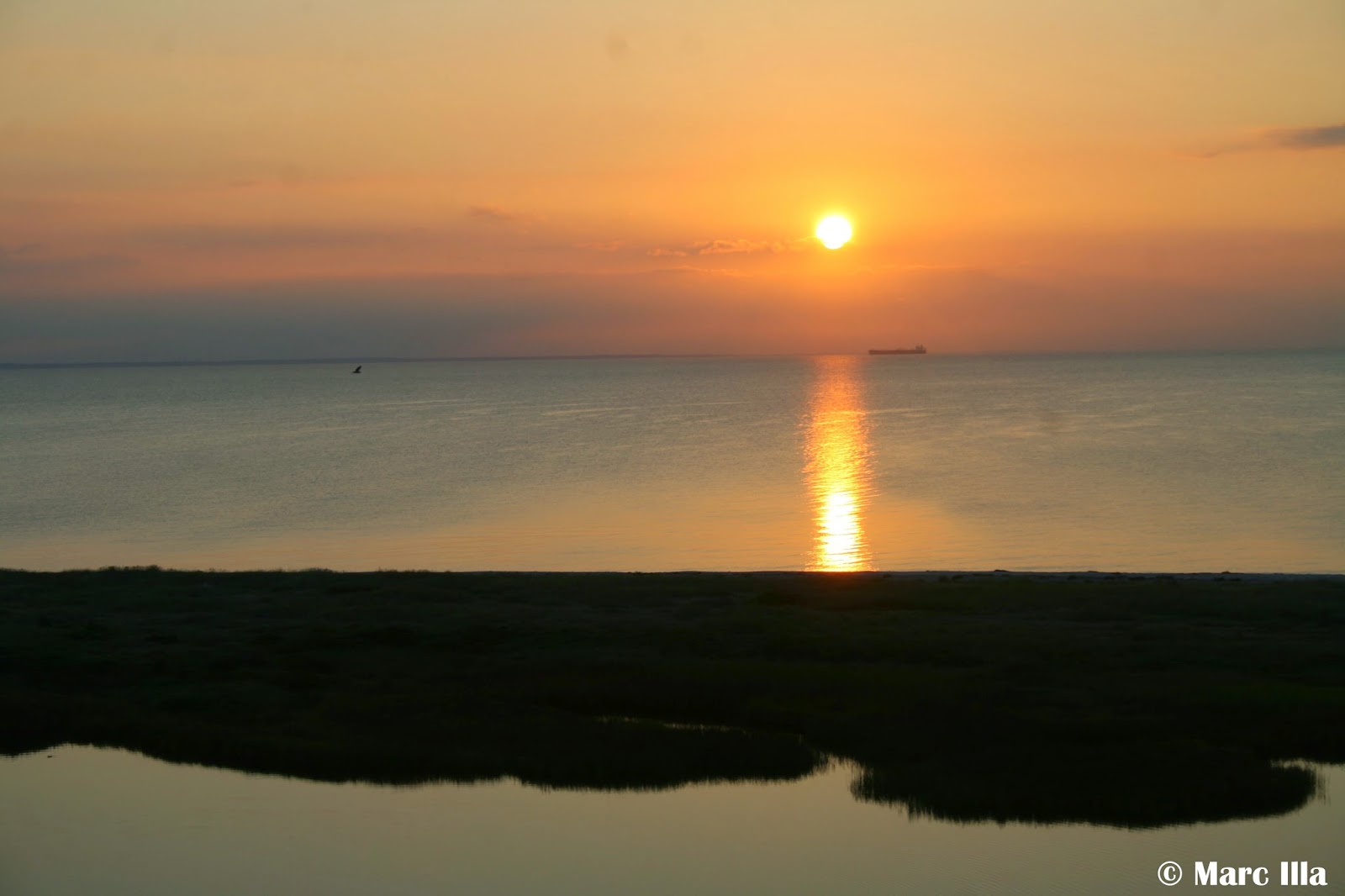