Diversity in the reeds

Reedswamps meet three important functions in landscape ecology: They act as a structural element and as a food-plant for a highly specialized fauna (species protection), the rhizomes stabilize the sediment and the stalks dissipate the wave energy (shore protection), and they improve the conditions for an enhanced microbial decomposition of an external organic load and an elimination or fixation of nutrients (pollution control). Additionally, very large reeds can influence the ground water economy and the local climate. These functions are fulfilled to a high quality only by the common reed (Phragmites australis [Cav.] Trin. ex Steud.), depending on the vitality, the fitness for the habitat, stability in space and time, area, and diversification ofthe structural properties ofthe stand.
- Ostendorp, W. 1993. Reed bed characteristics and significance of reeds in landscape ecology. Act. Limnol. 5: 149-161. 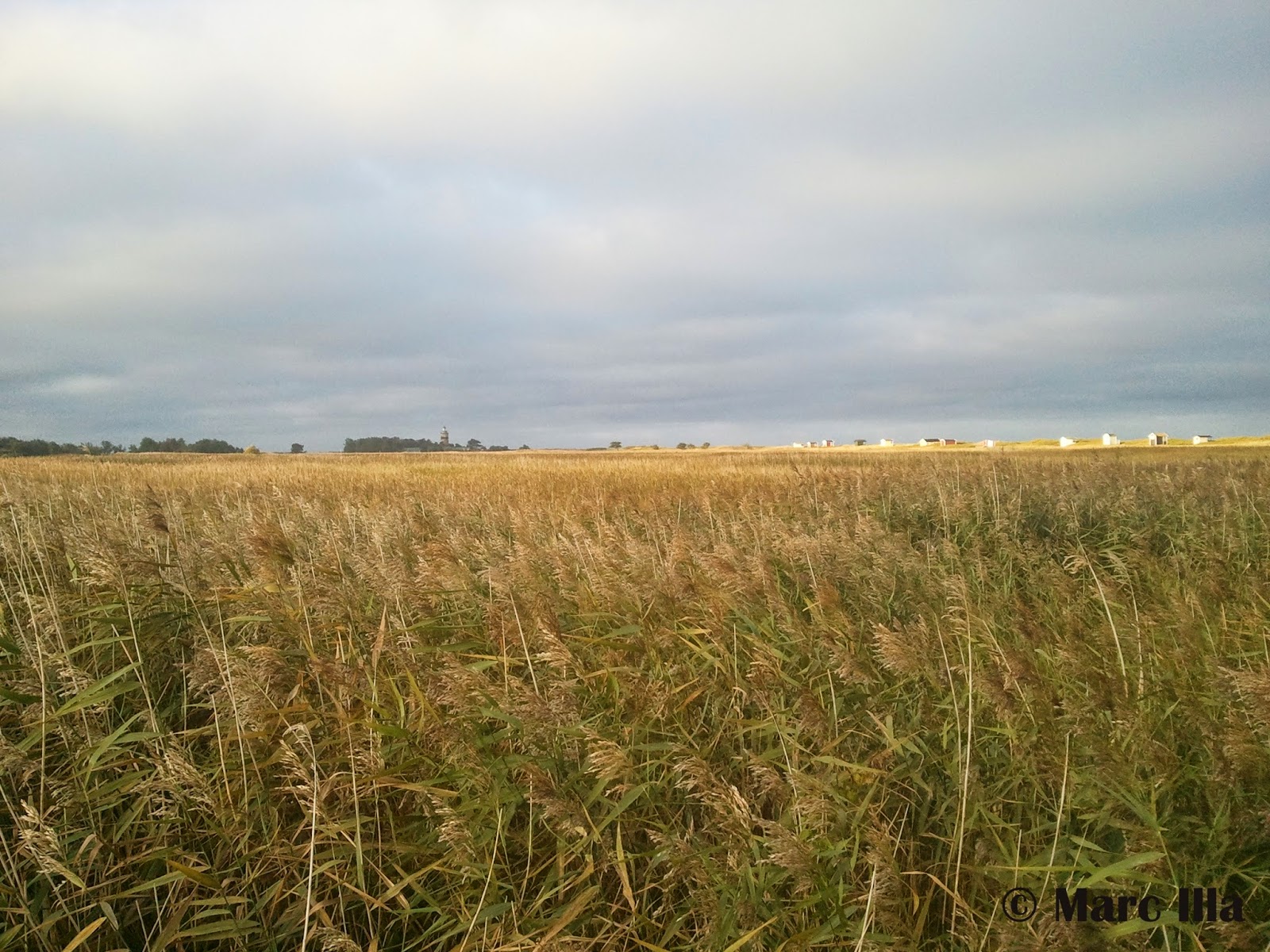 Reedbeds have a huge important ecology role in many aspects. Focusing in the relation birds-reedbeds, many species depend on this habitat, and some others use it in many things, specially as a feeding or roosting sites. That's why, for instance, we're trapping many Yellow Wagtails (Motacilla flava) in Flommen during the last days, because they really like to roost in the reeds. Which place could be better than a reed's steam, protected from the wind and from many predators (because of the water around),  to sleep?
This reminds my the autumn of 2010, when about 12000 Barn Swallows (Hirundo rustica) came to roost one night in my local patch, l'Aiguamoll de la Bòbila. It was actually impressive the sound they generated, an amazing show. Even more when 3 Hobbies (Falco subbuteo) were chasing them together, cooperating to catch swallows easily. 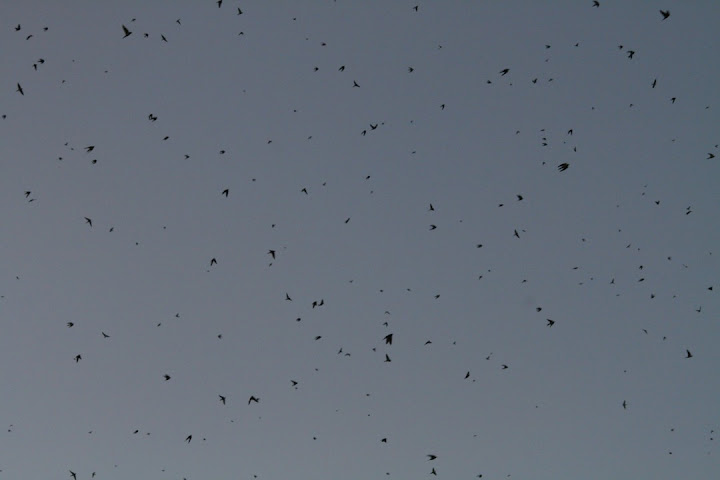 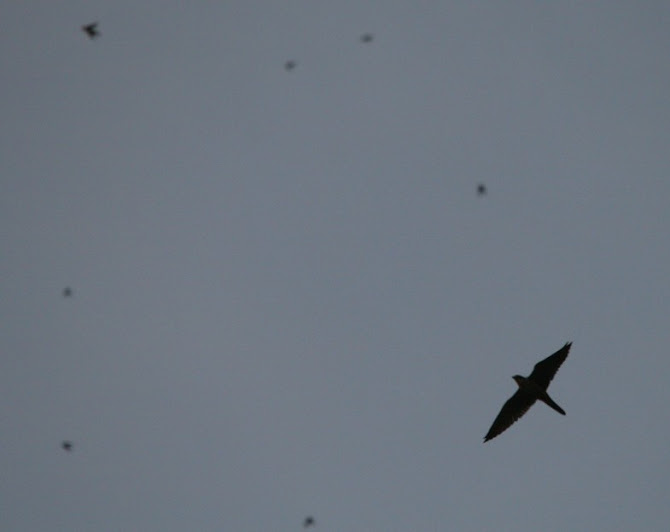 Back to the present, we've been catching a nice assortment of species during lasts days. Reedbeds offer also a really suitable feeding place for many migrant species, because of the high densities of insects and other invertebrates. 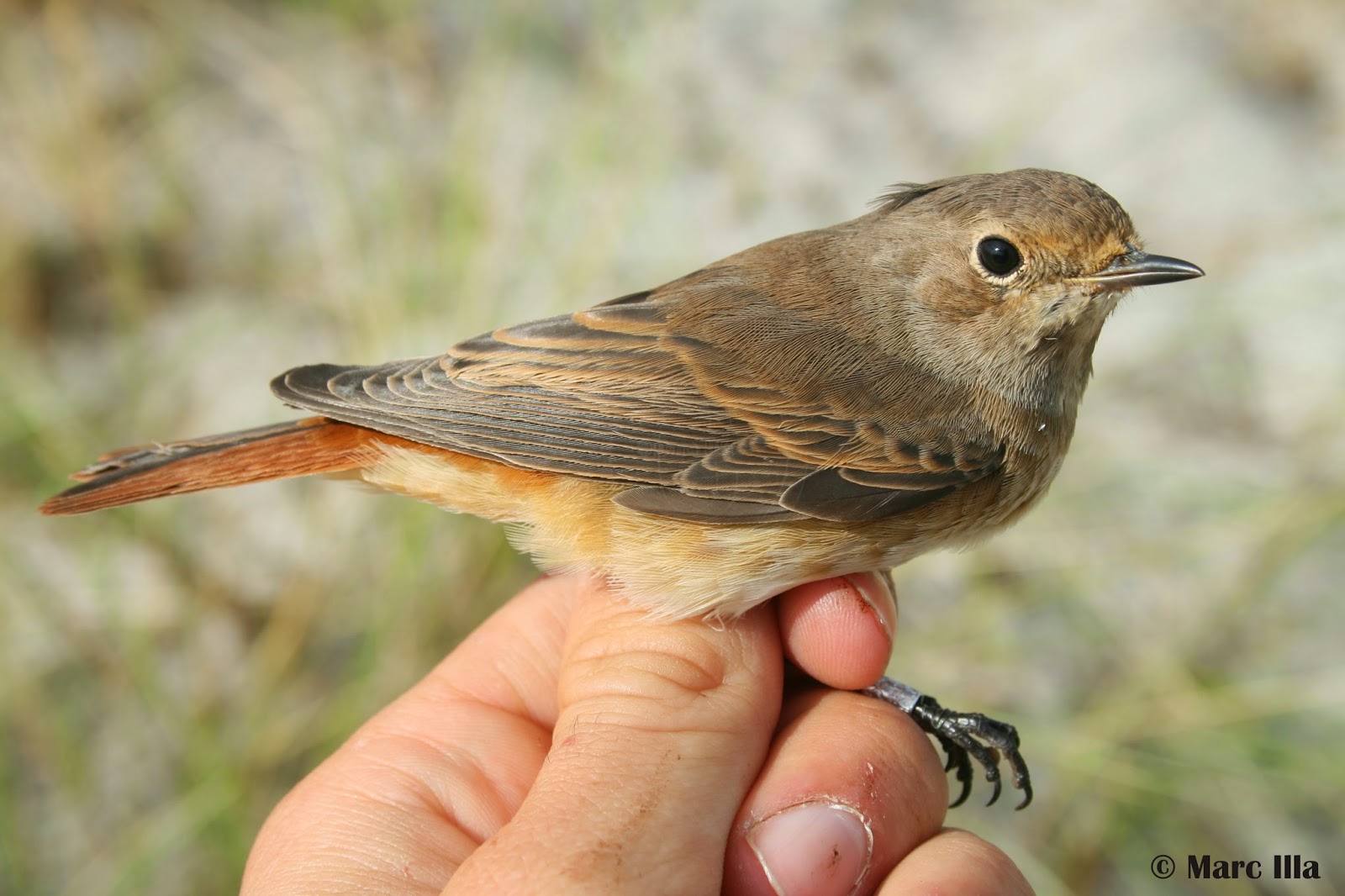 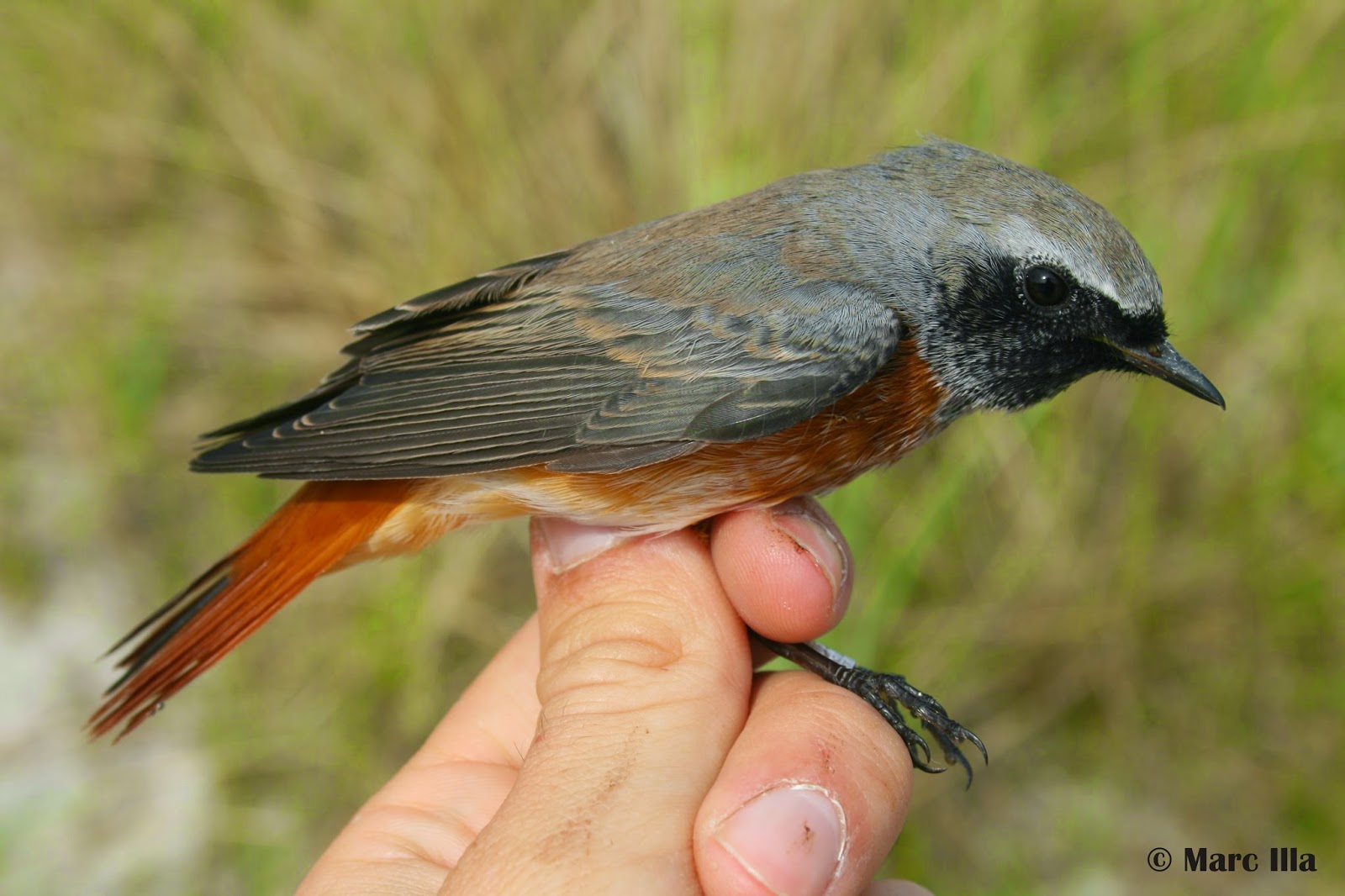 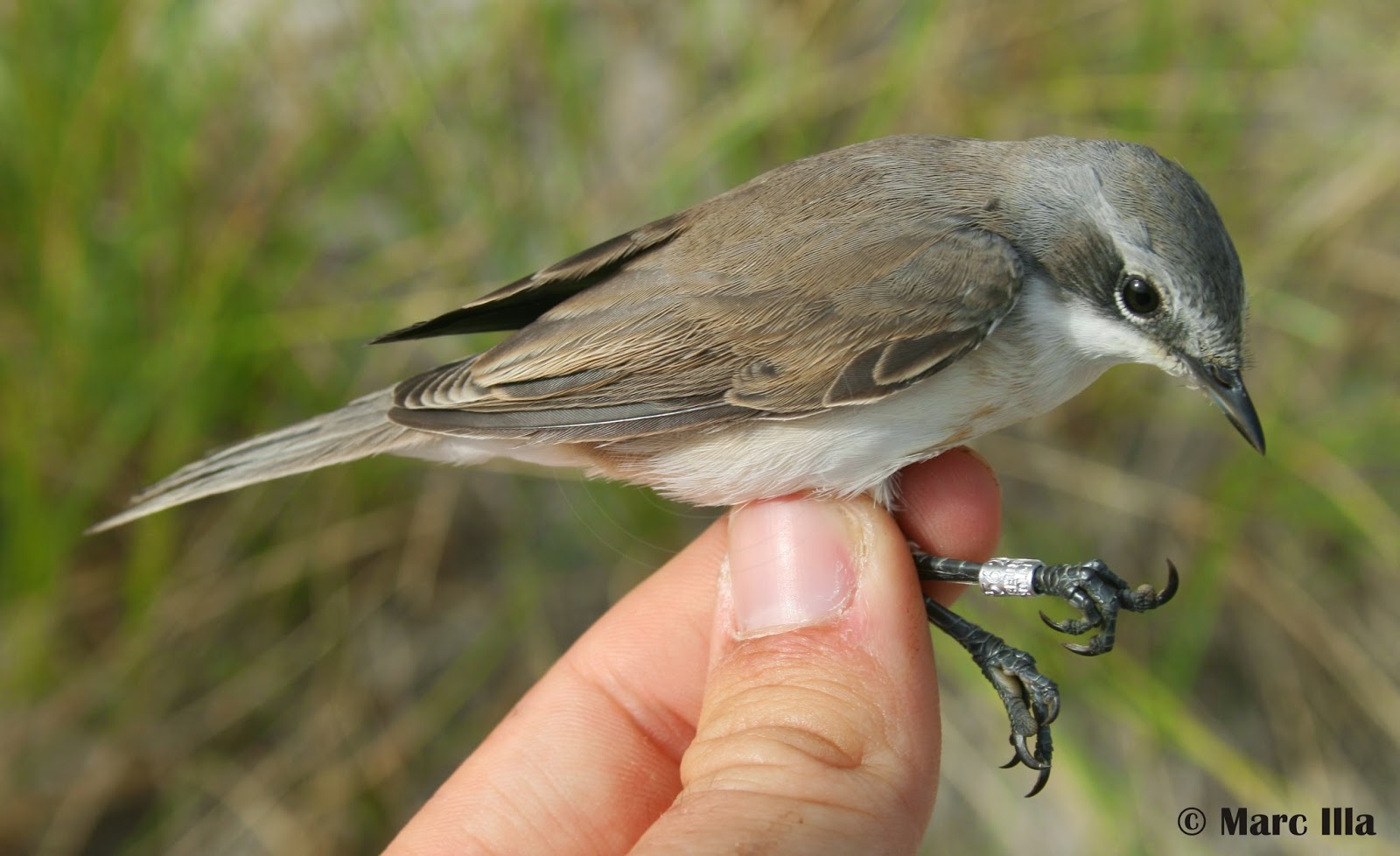 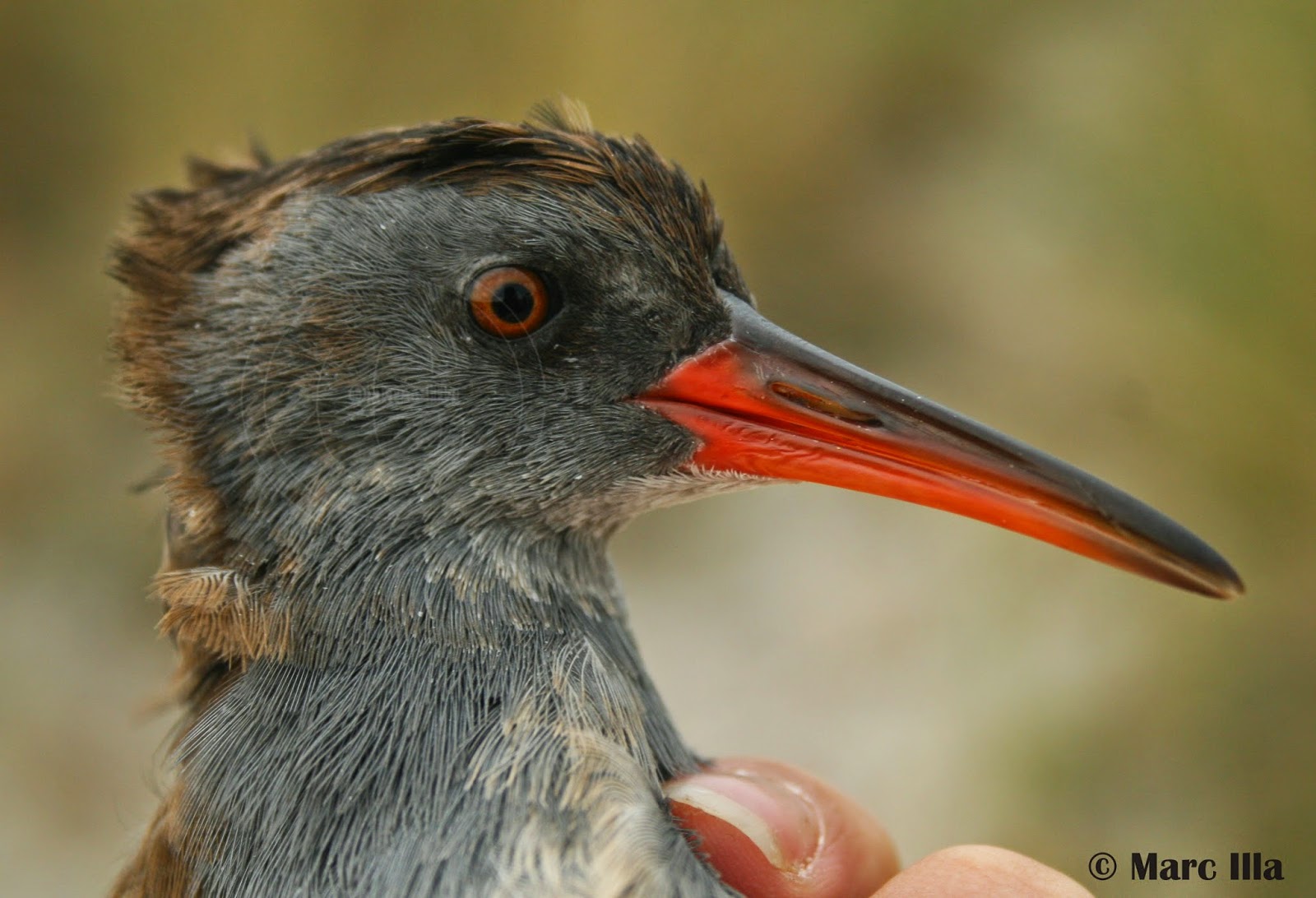 But as I mentioned before, some species also depend on the reeds to breed. For example, the Reed Bunting (Emberiza schoeniclus). When I saw Flommen for first time, and I actually heard my first singing male schoeniclus, I realised that Flommen was exactly the kind of habitat they need to breed. During last winters I've been studying them wintering in my area, ringing them when they go to roost. Now I'm ringing them in the worn breeding plumage, in fresh juvenile, and also doing they correspondance postjuvenile or postbreeding moults. 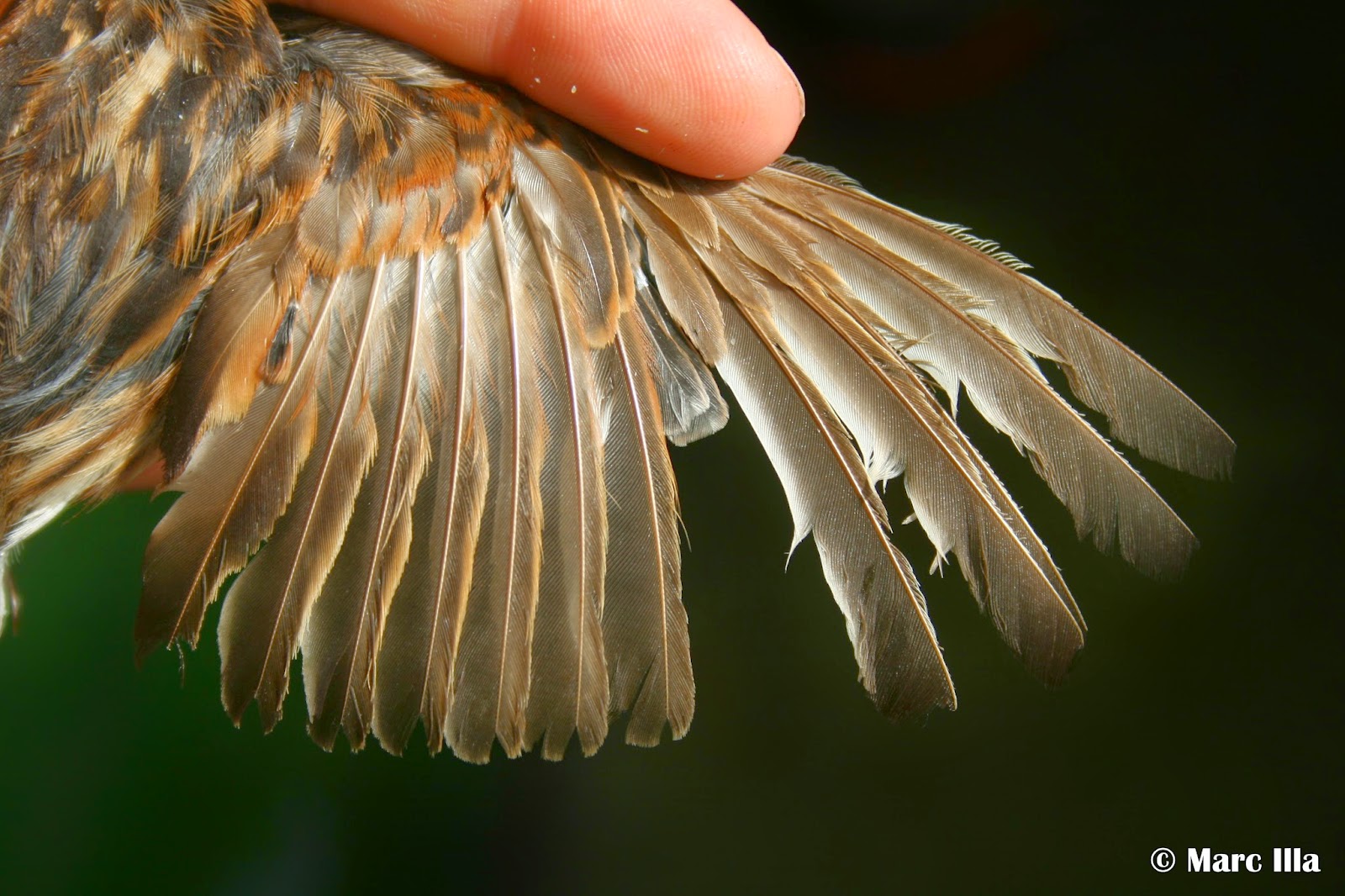 Ah!, this is probably the best bird we've trapped this season... but it was actually caught in the lighthouse garden. A 'Thick-billed' Nutcracker (Nucifraga caryocaractes caryocatactes)! 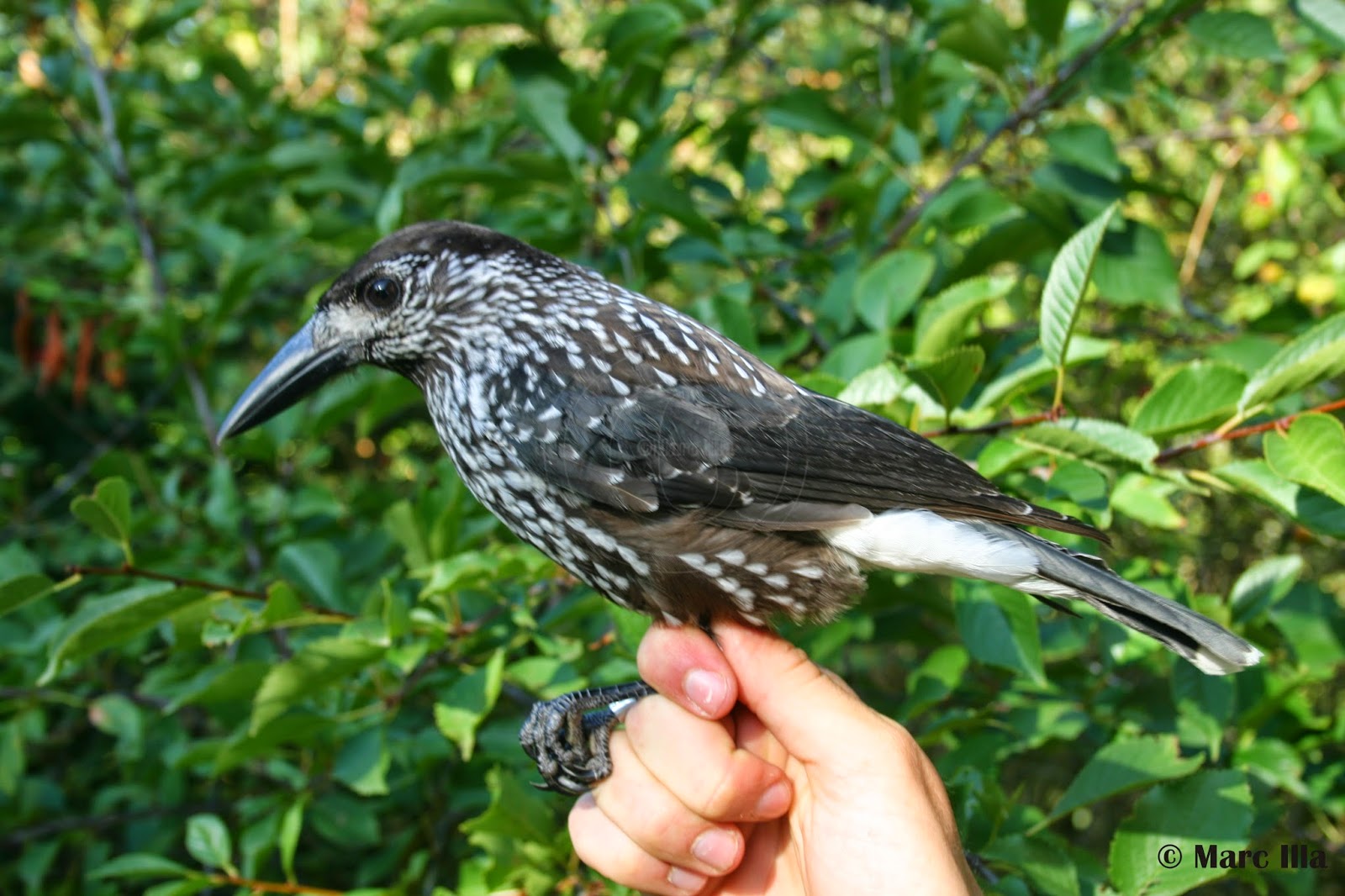