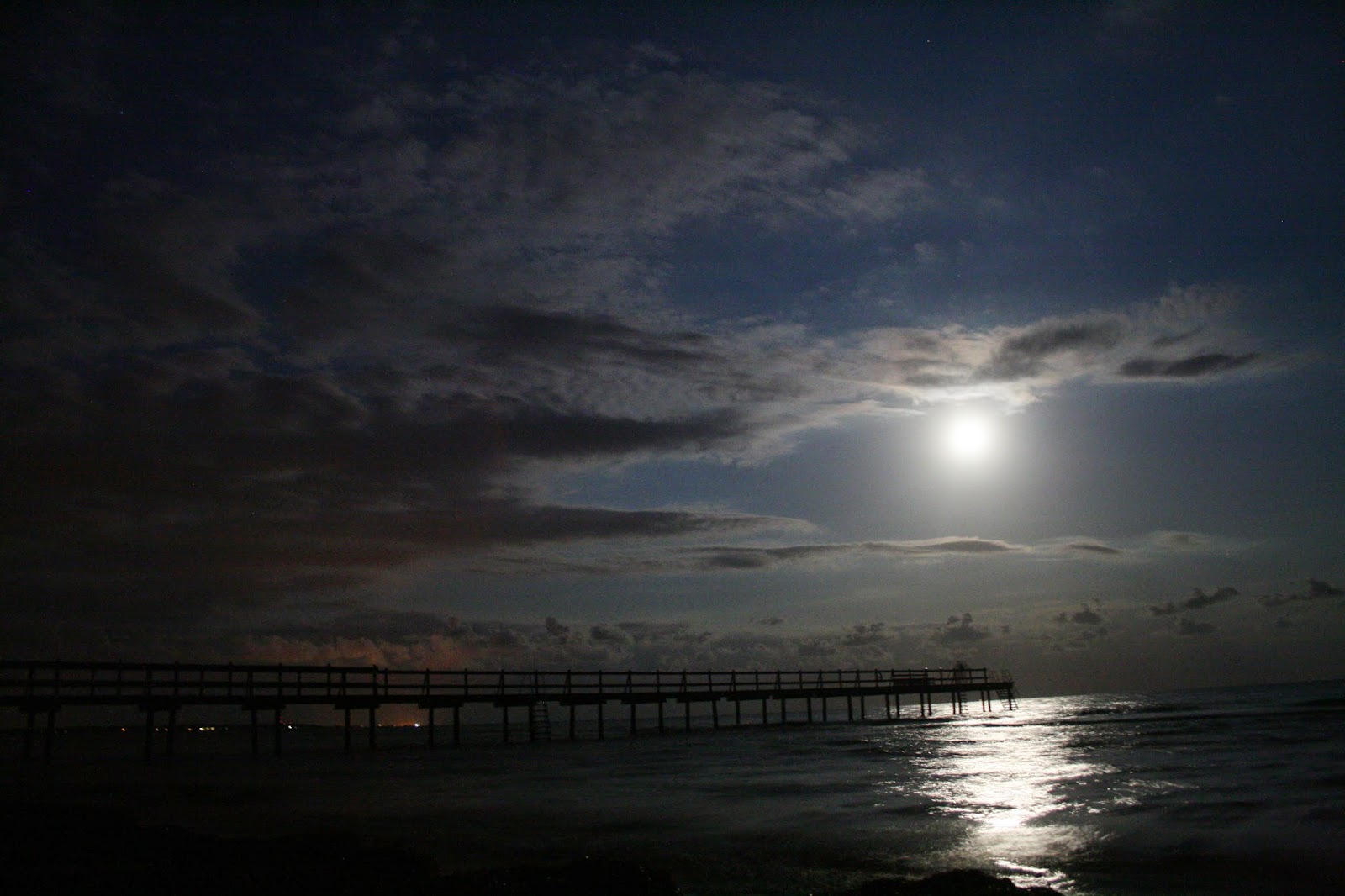 Unless we were trapping almost as birds as the average, one week without ringing because of the wind get us away from our goal to reach it. Nonetheless, we have almost ringed 2000 birds this season in Flommen, and we have also trapped many nice species! Of couse, the number of great memories we'll get from these days in huge, like the photo above, of the 'biggest full moon" this year.

Back to the birds, we've got quite a lot Yellow Wagtails (Motacilla flava) roosting in Flommen these days, producing many captures early in the morning. Stephen already posted something about them, probably more interesting that what I'm gonna show here.

Ageing flavas in autumn is not so difficult. Jenni & Winkler (1994) shows that the postjuvenile moult is usually quite restricted, involving none or a few inner greater coverts. Actually, the usual extension in first-years here in Falsterbo is about all lesser and median coverts, and just sometimes one or two GCs.
So as the age is quite easy, let's focuse is something a little bit more exciting: subspecies. There's one thing that every birder should keep in mind always, and that thing is variation. Specially if you're struggling to identify first-year Yellow Wagtail subspecies... 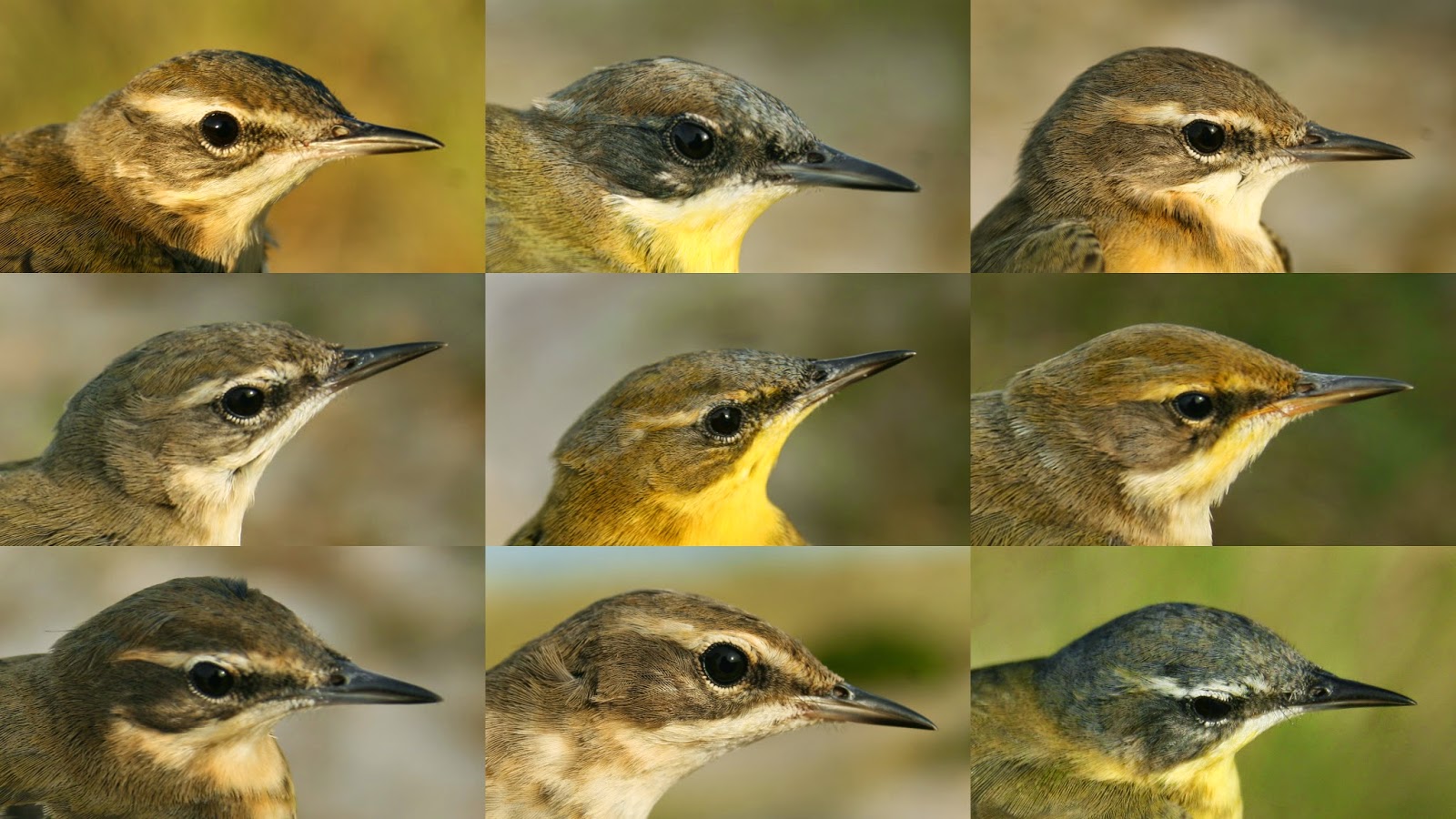 Let's start from the easy part. This nice adult male seems to be a usual thunbergi. But if you look at the one in the bottom, it's well-marked supercilium makes the thing more difficult. I'm not an expert about flava Wagtails but I wonder if these could be result of a mix with nominate flava (M.f.flava) or whatever. 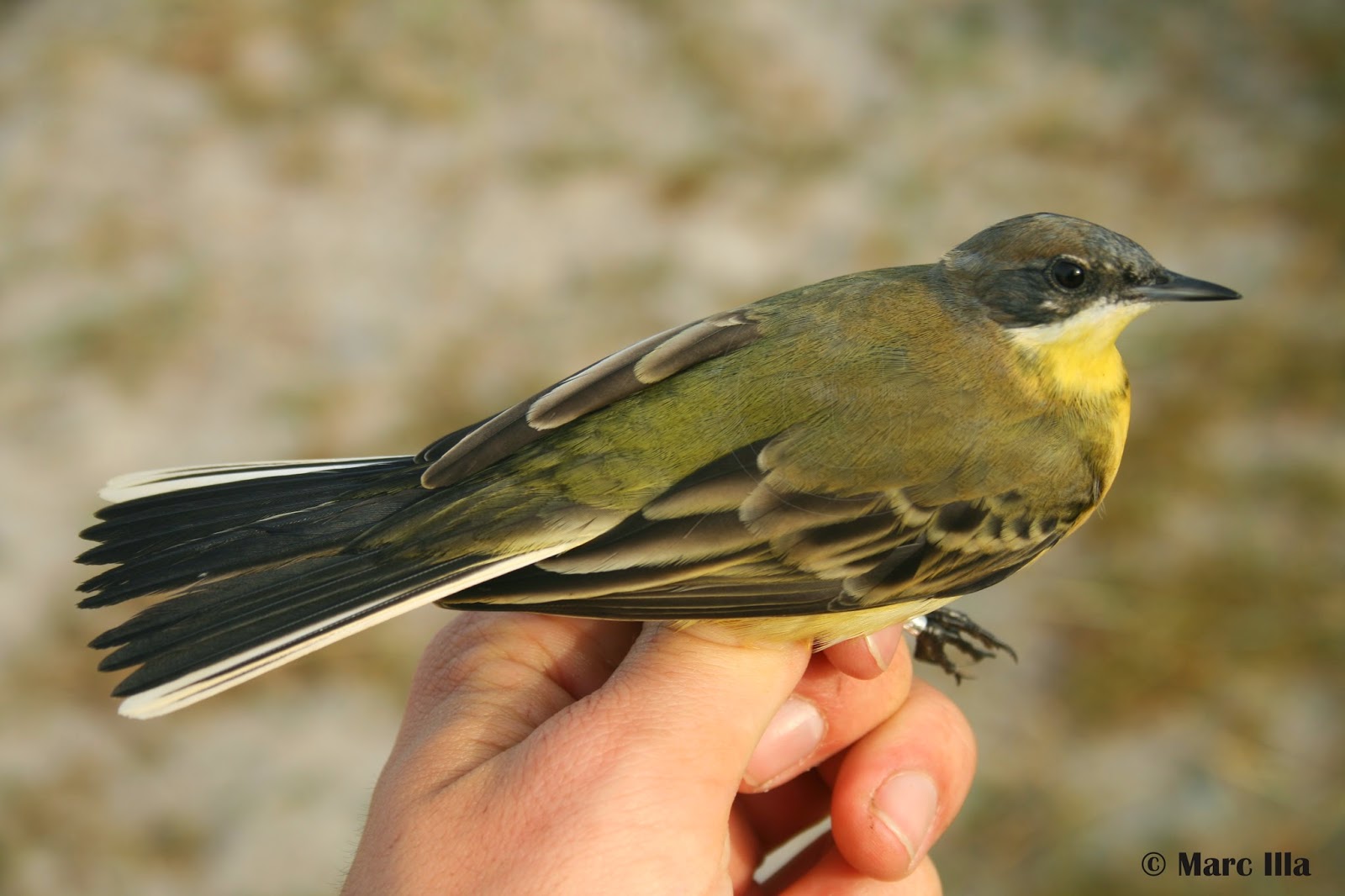 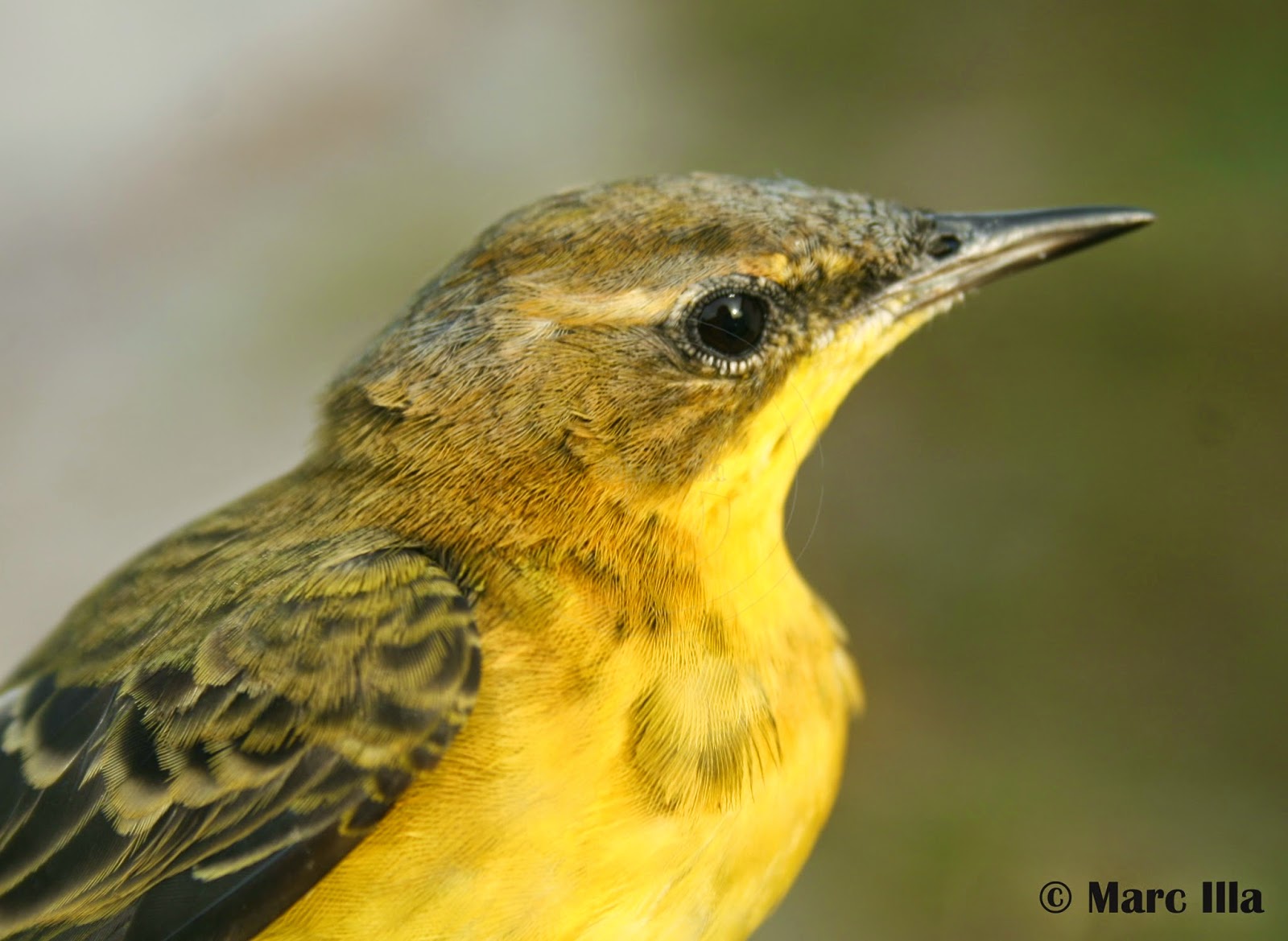 Then, we have another adults, females in this case, that look like flava subspecies. In the photo below, the only adult male flava we trapped. 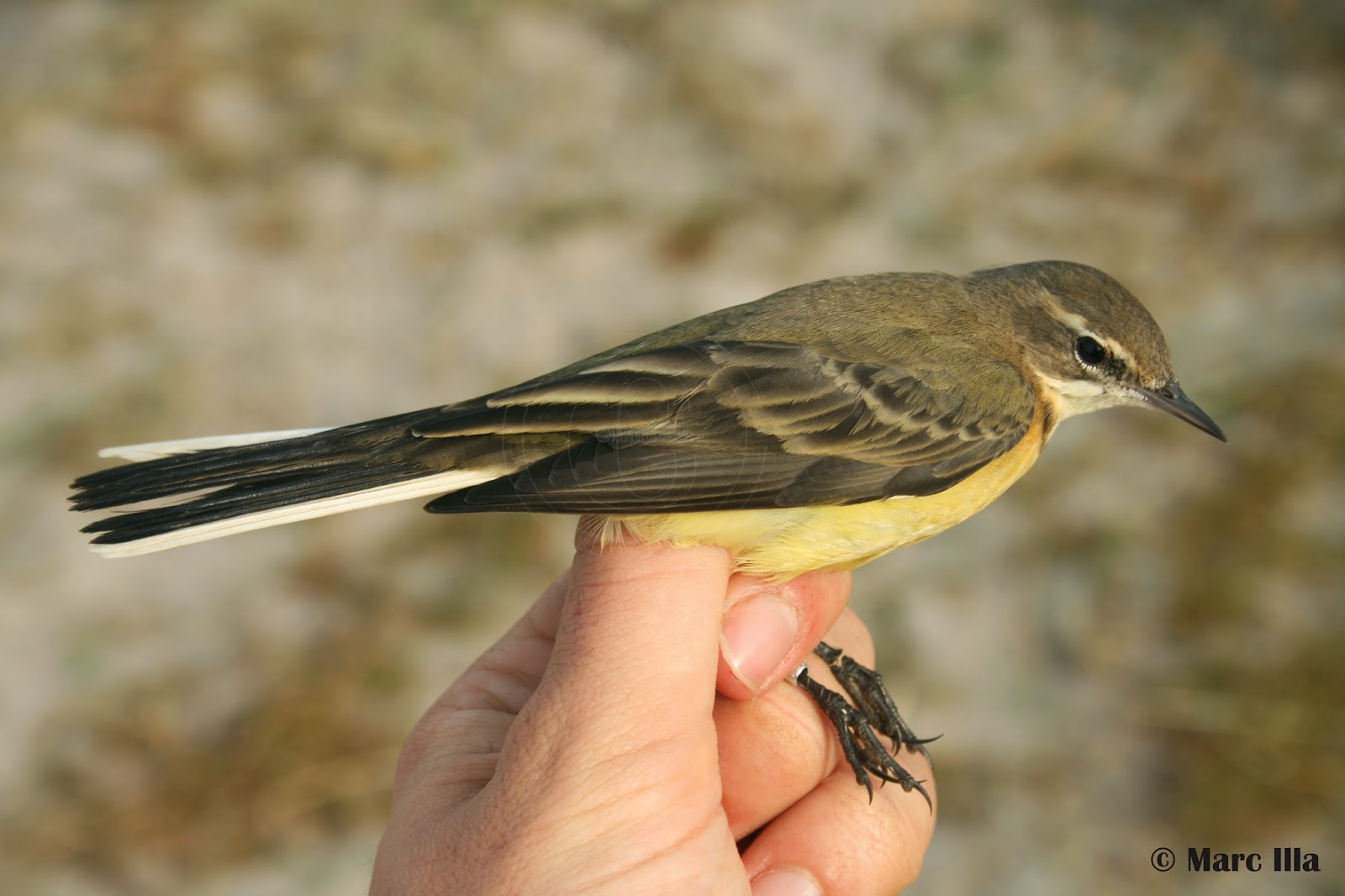 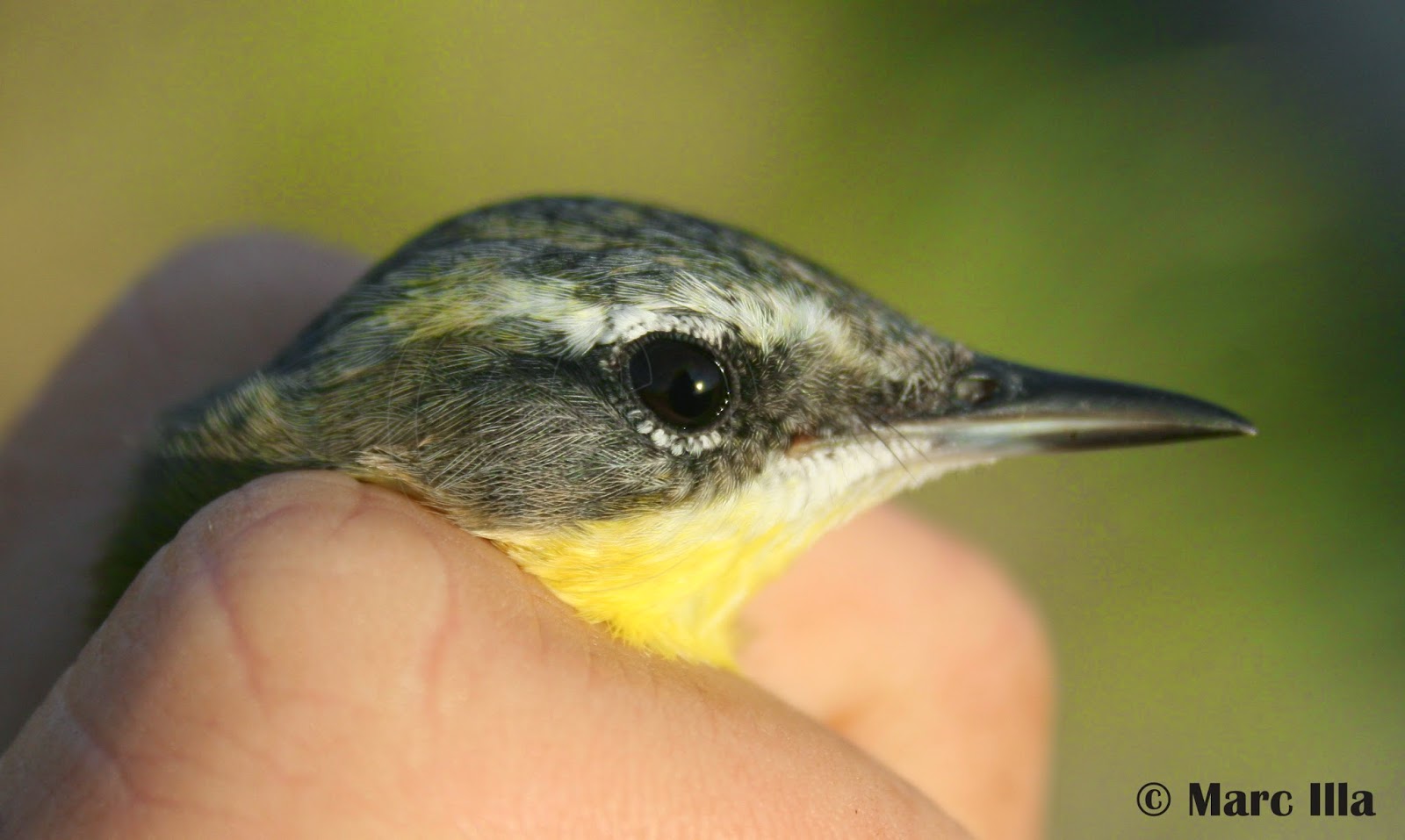 Going to the first-year birds, they might be mainly (if not all) flava and thunbergi. But some of them are, let's say, a subspecies mess... 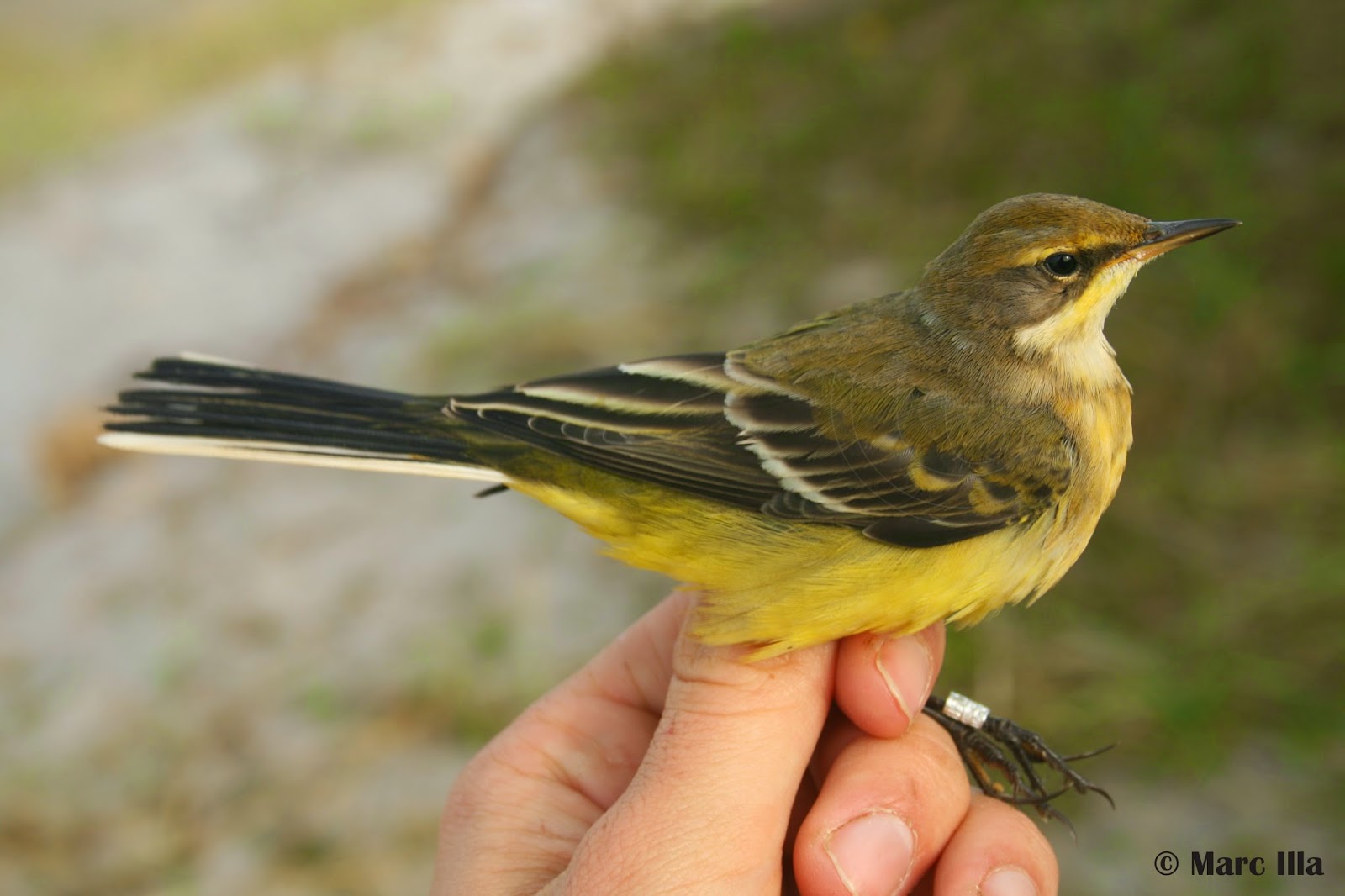