The start of the season

Ringing in Flommen started on 21st July. Since then, we've ringed 910 birds, while the average is on 928, but we have been some days without ringing because of wind and rain.
So, this year seems to be preety good for the usual crew in Flommen (Acrocephalus).  Last year on 10th August, we had ringed just 637 birds so far (!). We keep on catching many Marsh Warblers (Acrocephalus palustris), we have already ringed 82 (and the average is 34)...

Another special thing fort this season was our success with Wood Sandpipers (Tringa glareola). The pond in the southern round had a lot of muddy areas where a flock about 20 birds were foraging every day. We set up the cages there, and they started to go in. 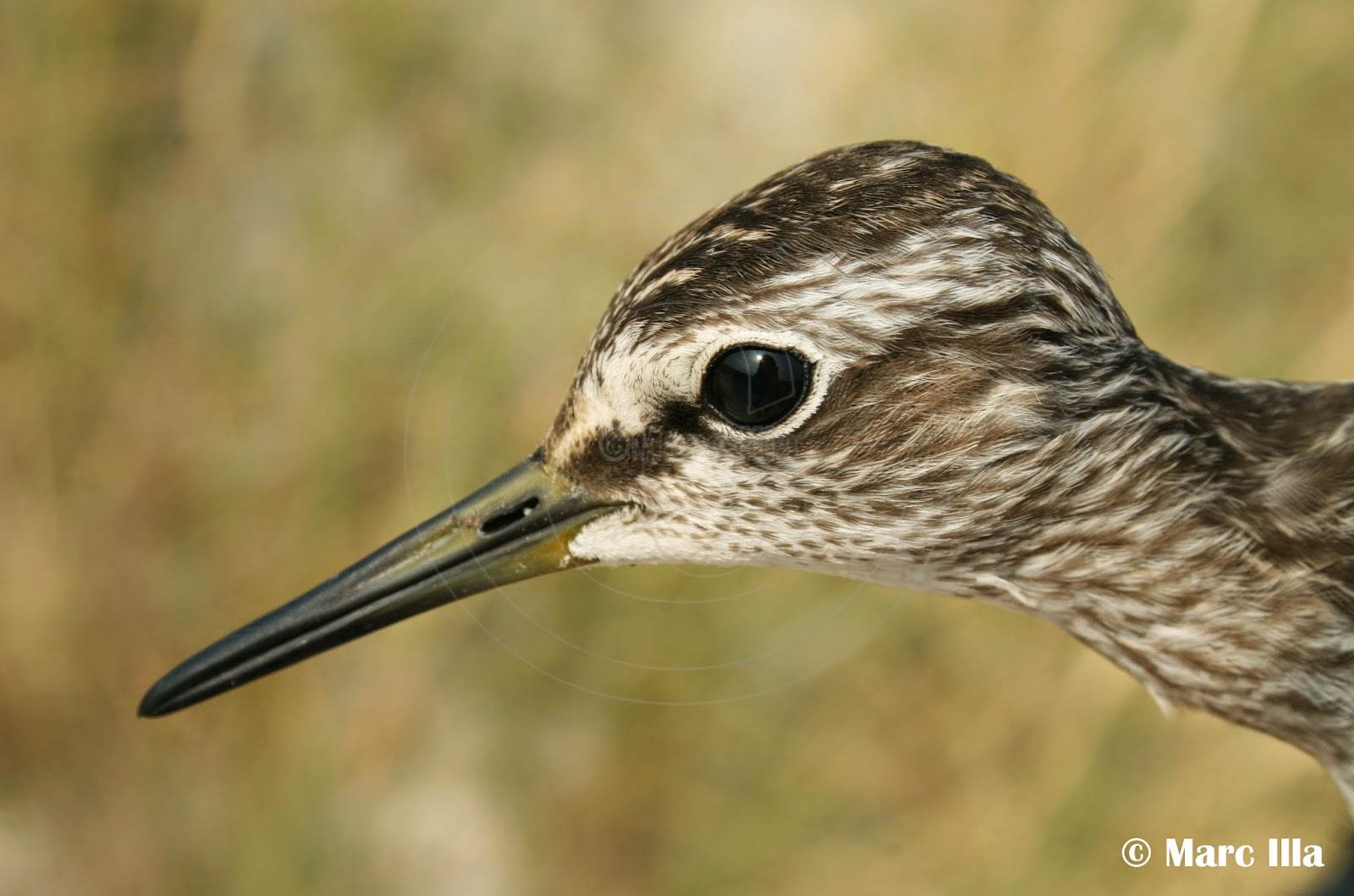 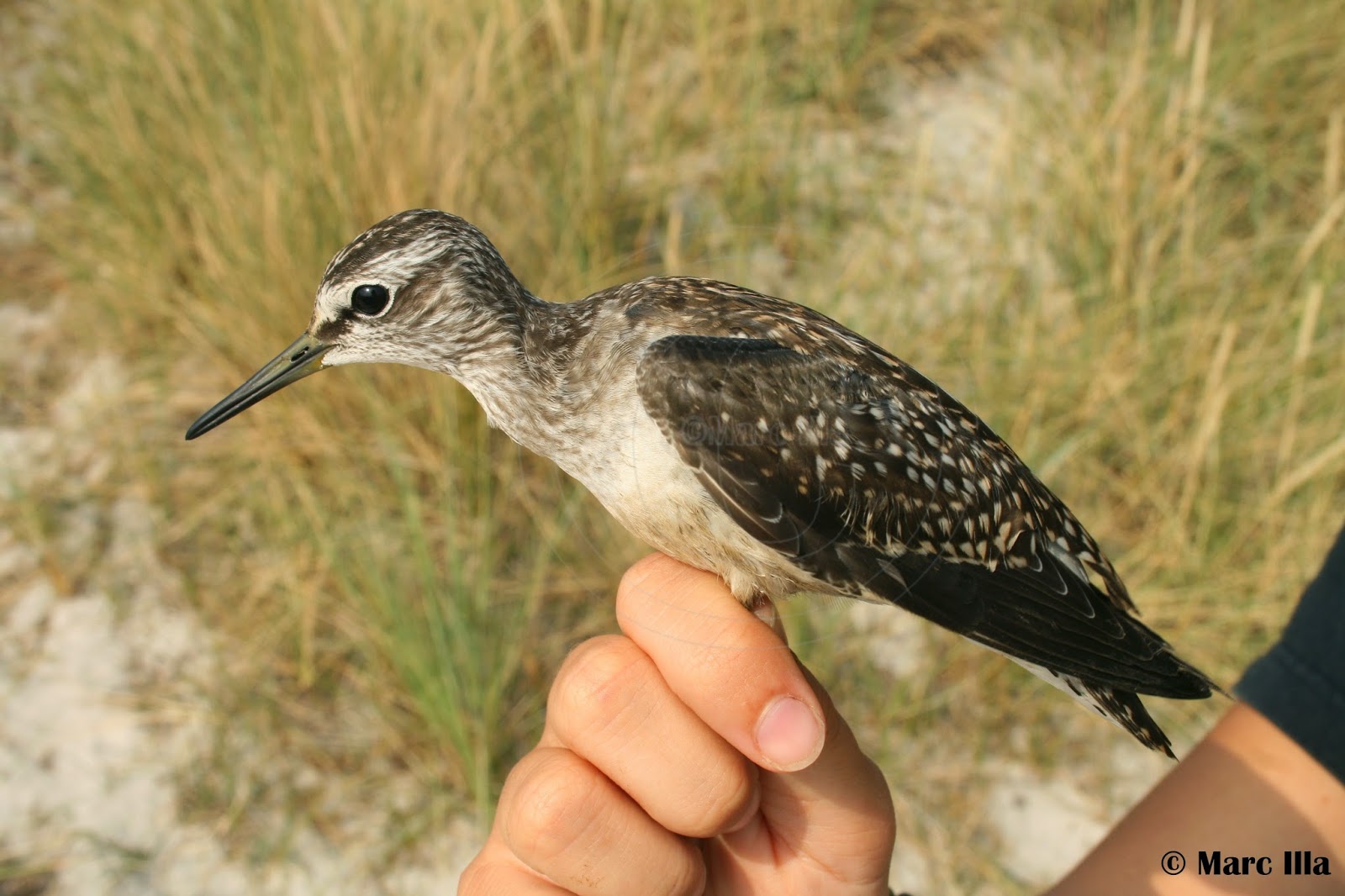 Also with the cages (and some in the nets as well!), we trapped 4 more Water Rails (Rallus aquaticus), and this first-year Spotted Crake (Porzana porzana)! 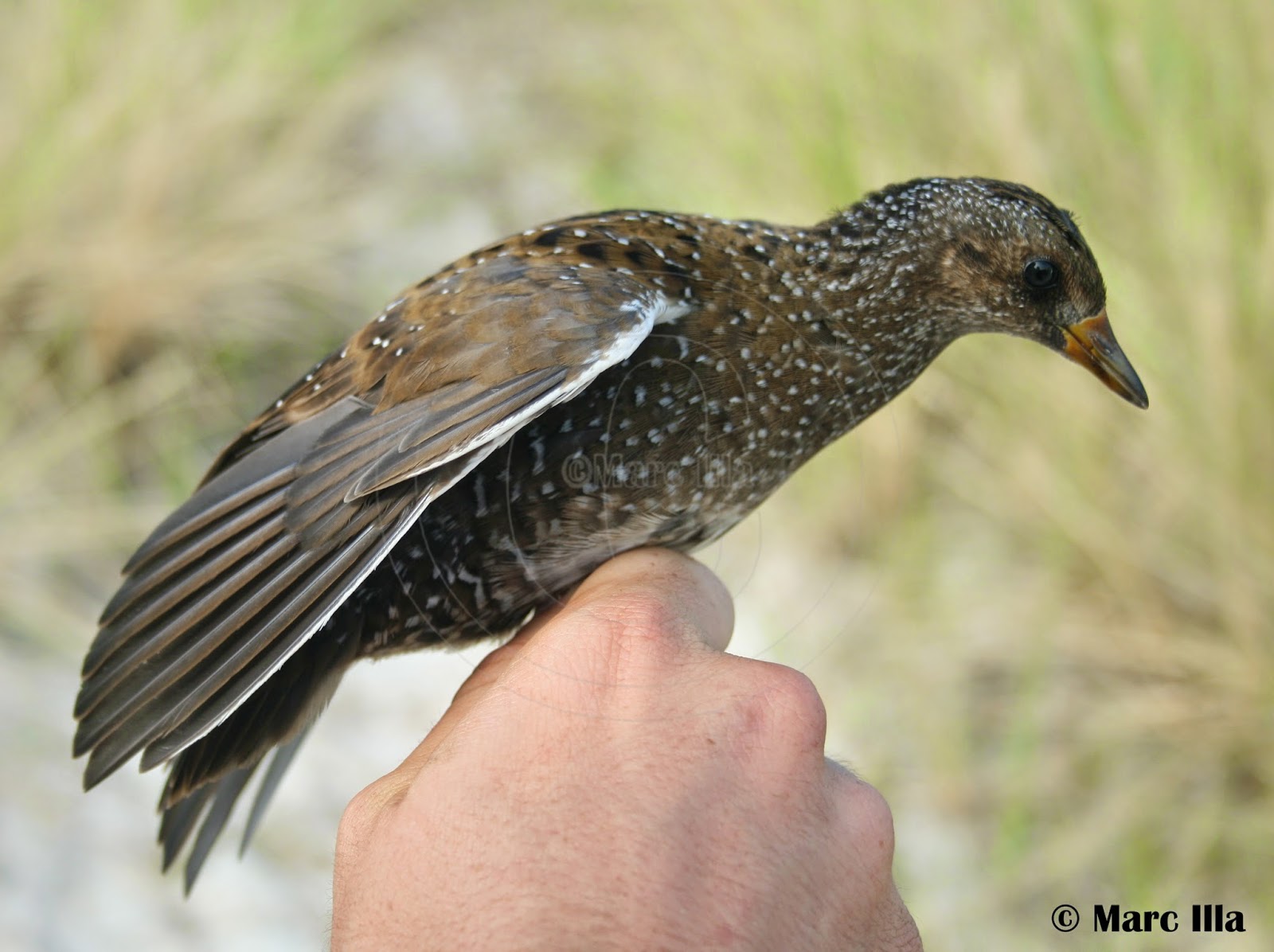 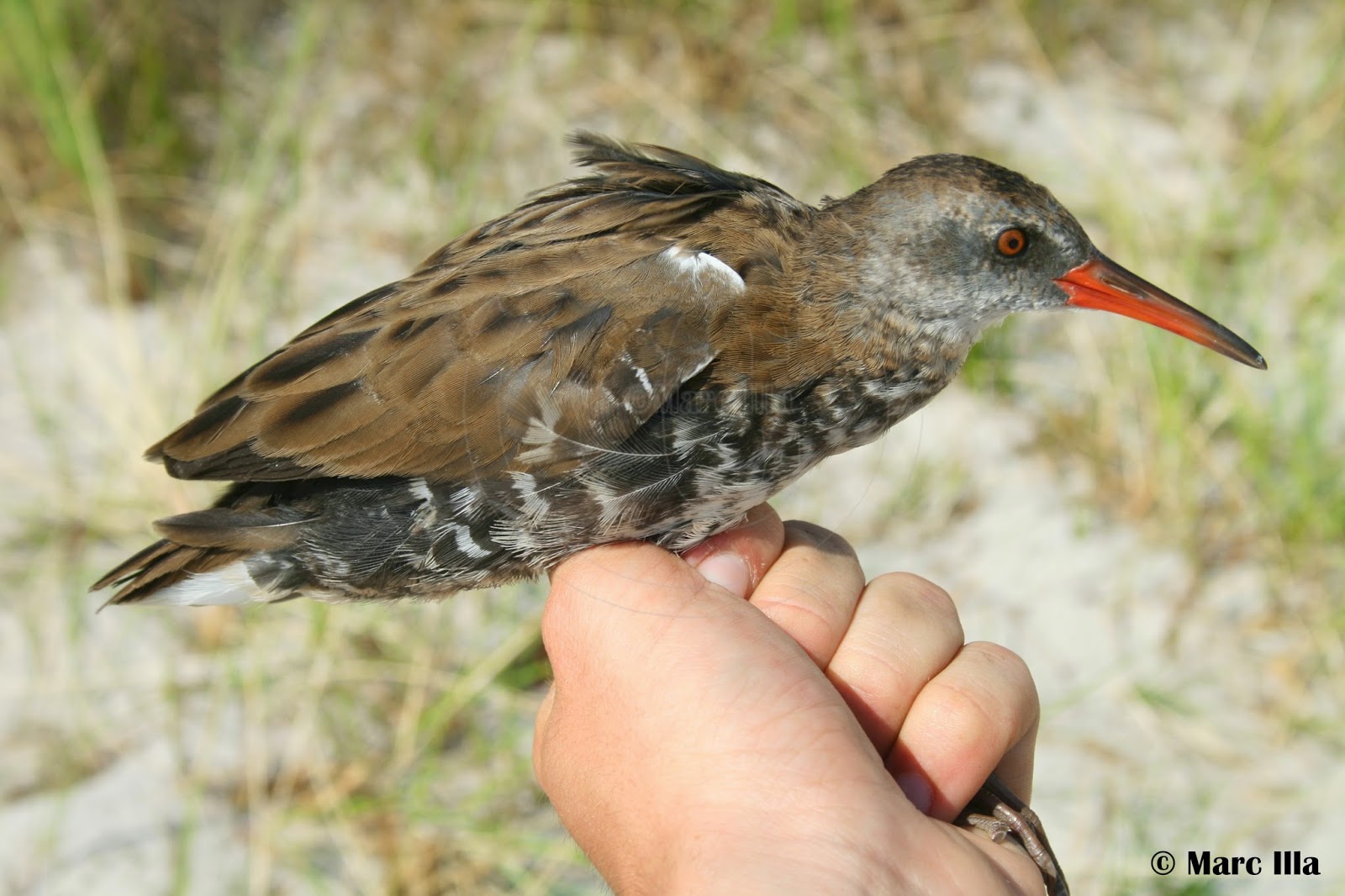 We also had another Rallidae species, this juvenile Coot (Fulica atra). 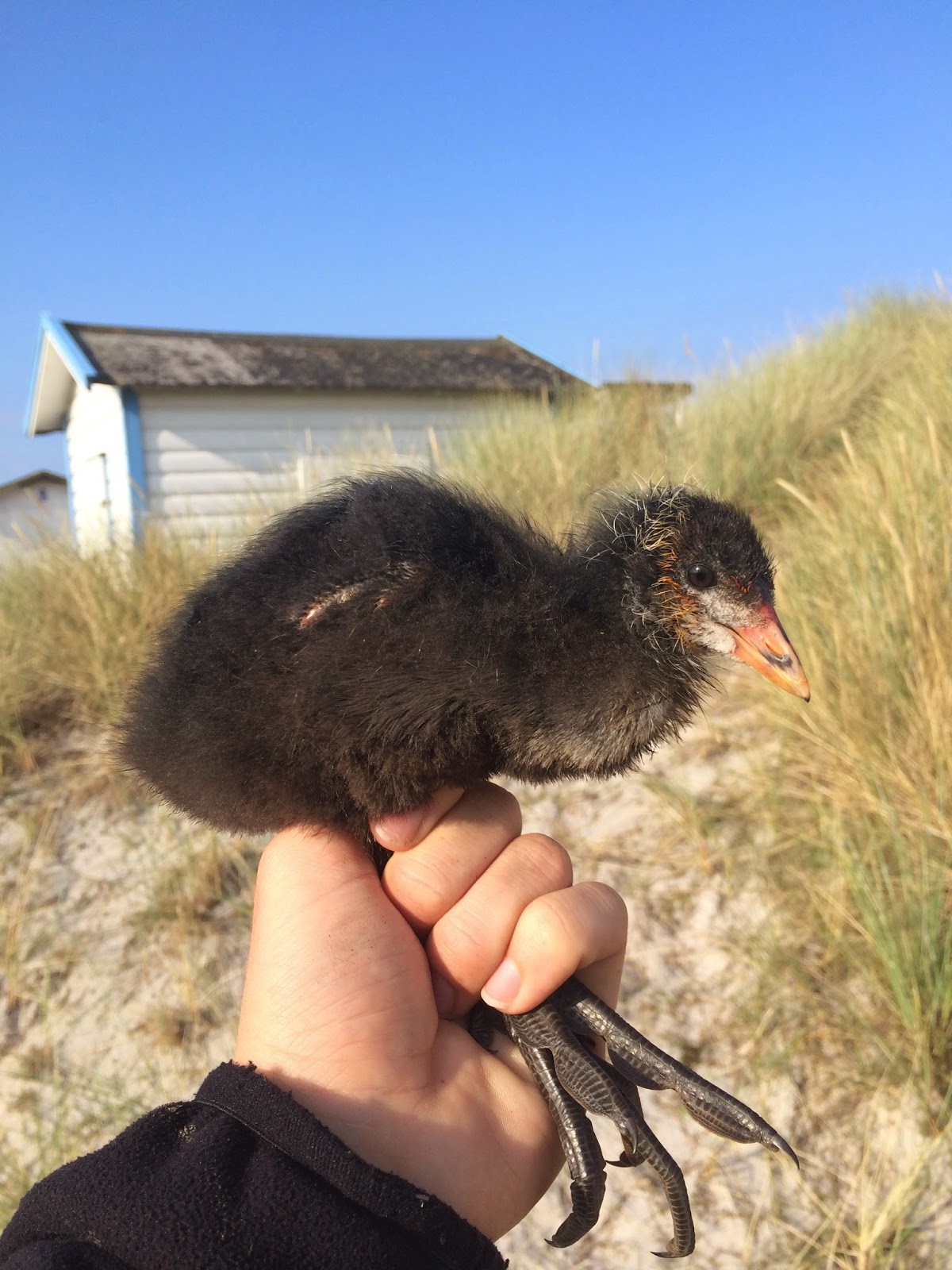 Passerine migration has been speacially good for Acrocephalus during last days, but still, we had this nice first-year Red-backed Shrike (Lanius collurio), with their usual very restricted postjuvenile moult (some examples of moulted feathers, pointed with yellow arrows). 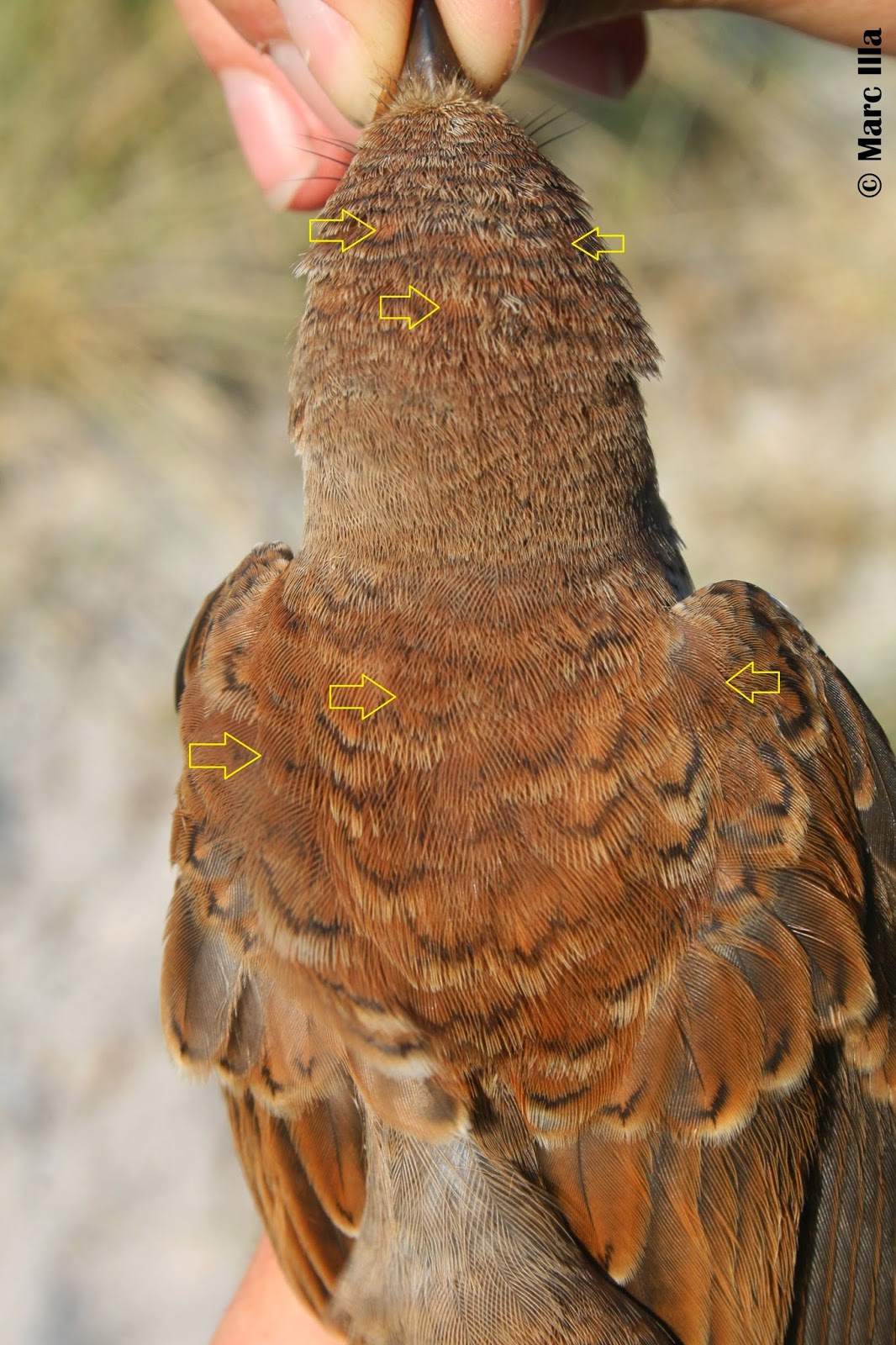 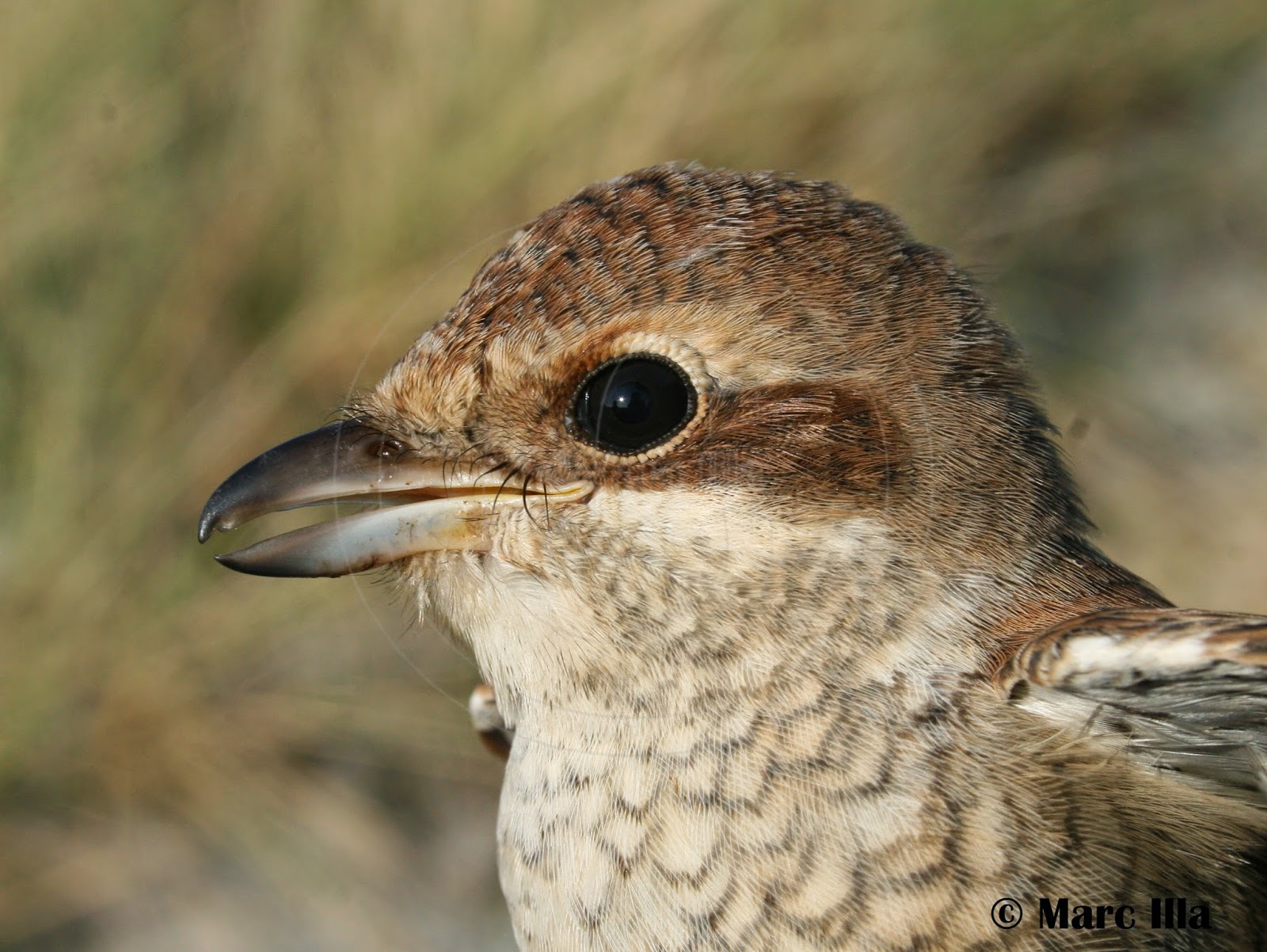 The first Grasshopper Warbler (Locustella naevia) for the season was trapped today, (bizarrely) in the upper shelf in one of the nets. 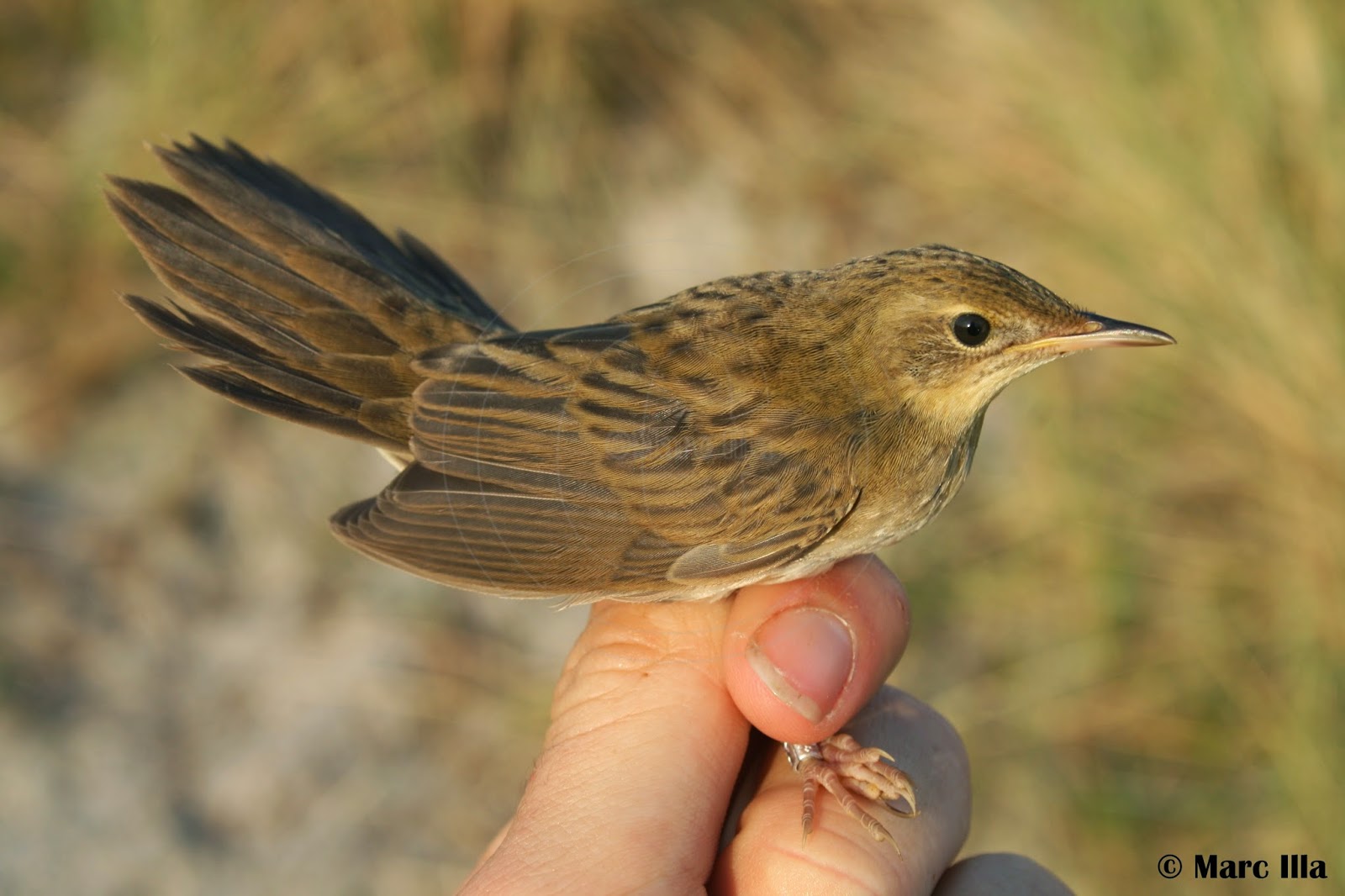 On the other hand, night wader/tern ringing has been less fruitful rather than last year at this time. The best for the moment were 2 adult Red Knots (Calidris canutus), an adult Curlew Sandpiper (Calidris ferruginea) and 2 retrap Sandwitch Terns (Sterna sandvicensis) from other places in Sweden. Probably, most of adult waders and tern that should be migration throught the peninsula are just passing by and not stopping because of the nice weather that we mainly have. We need a change... 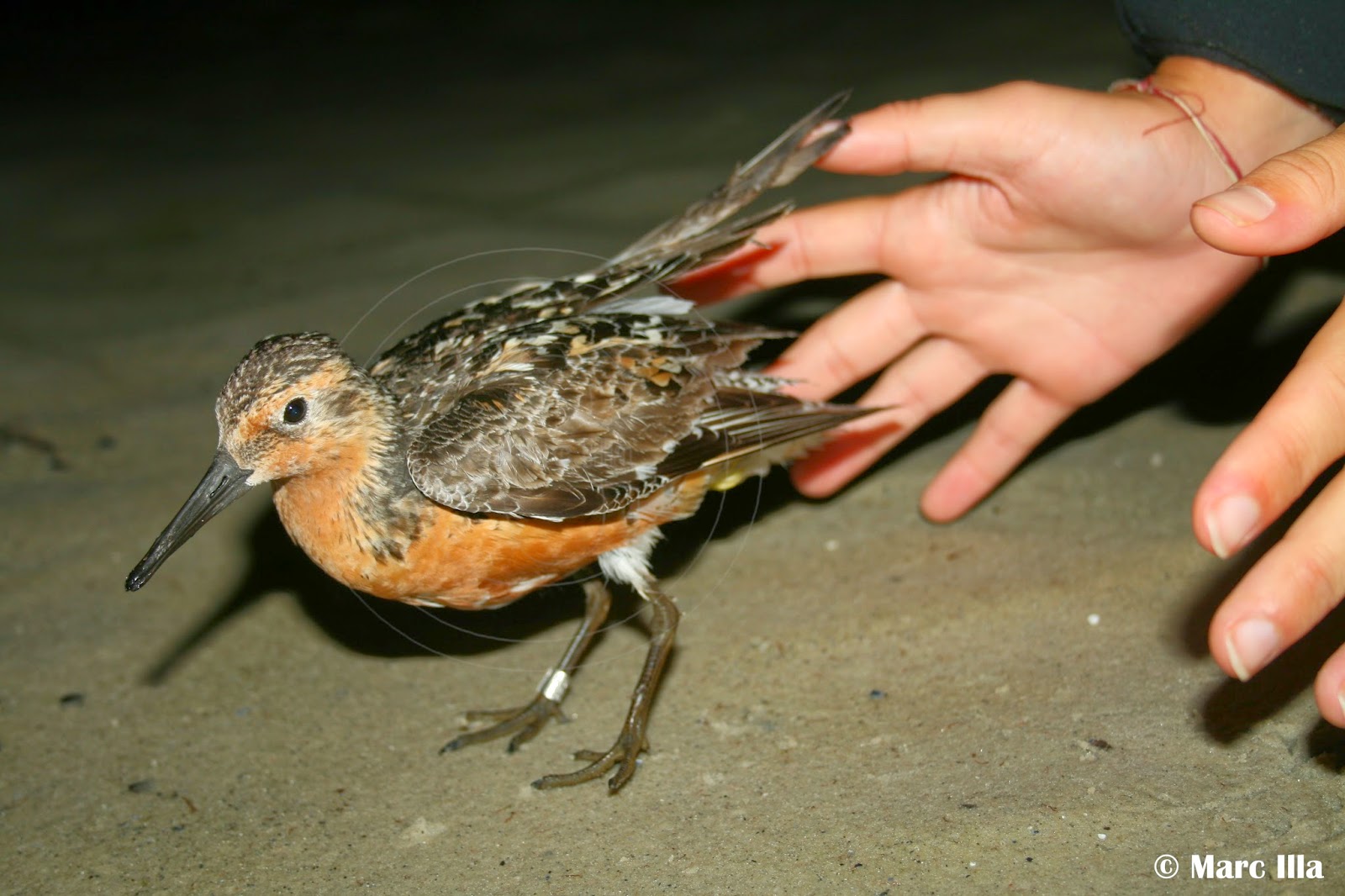 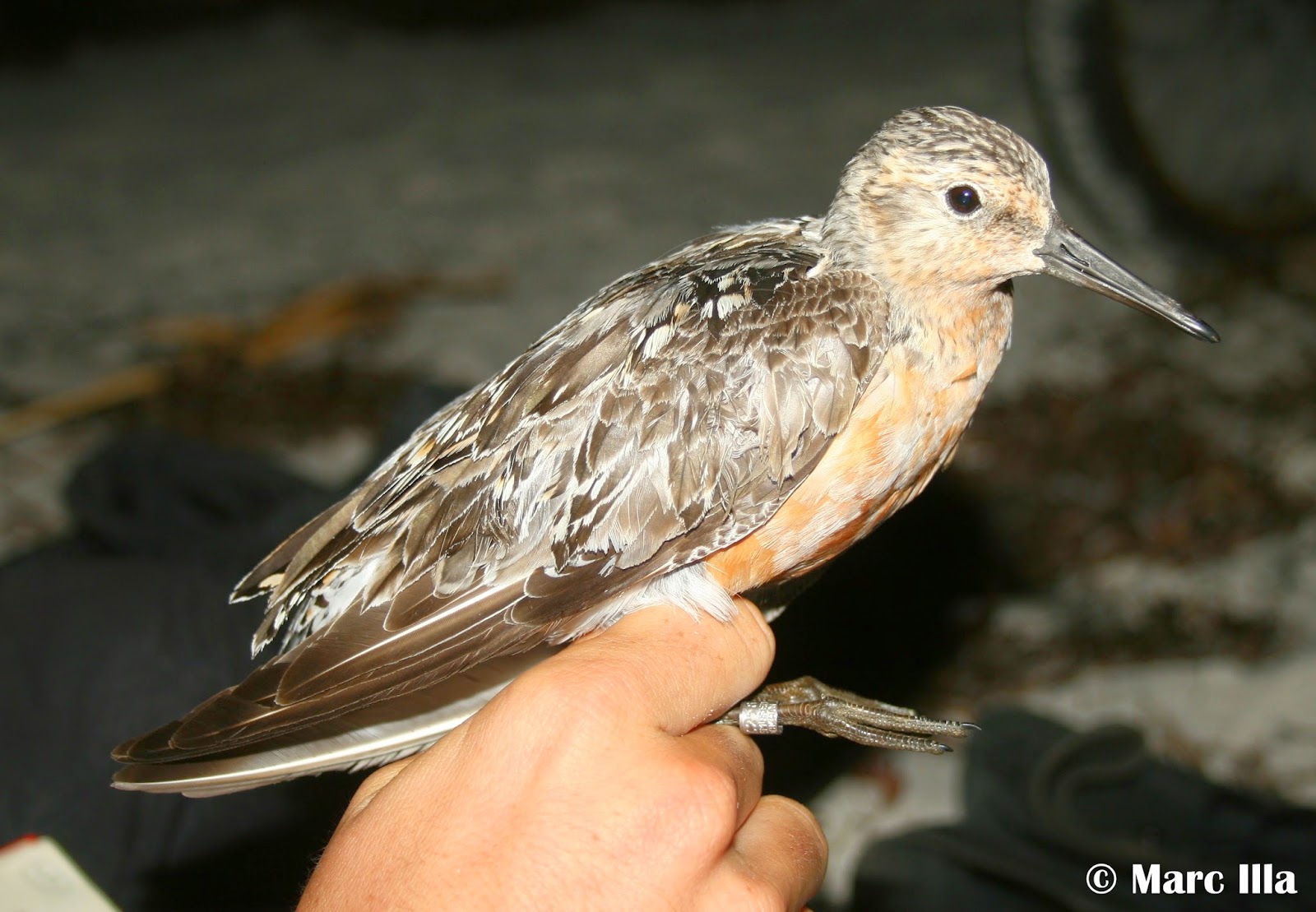 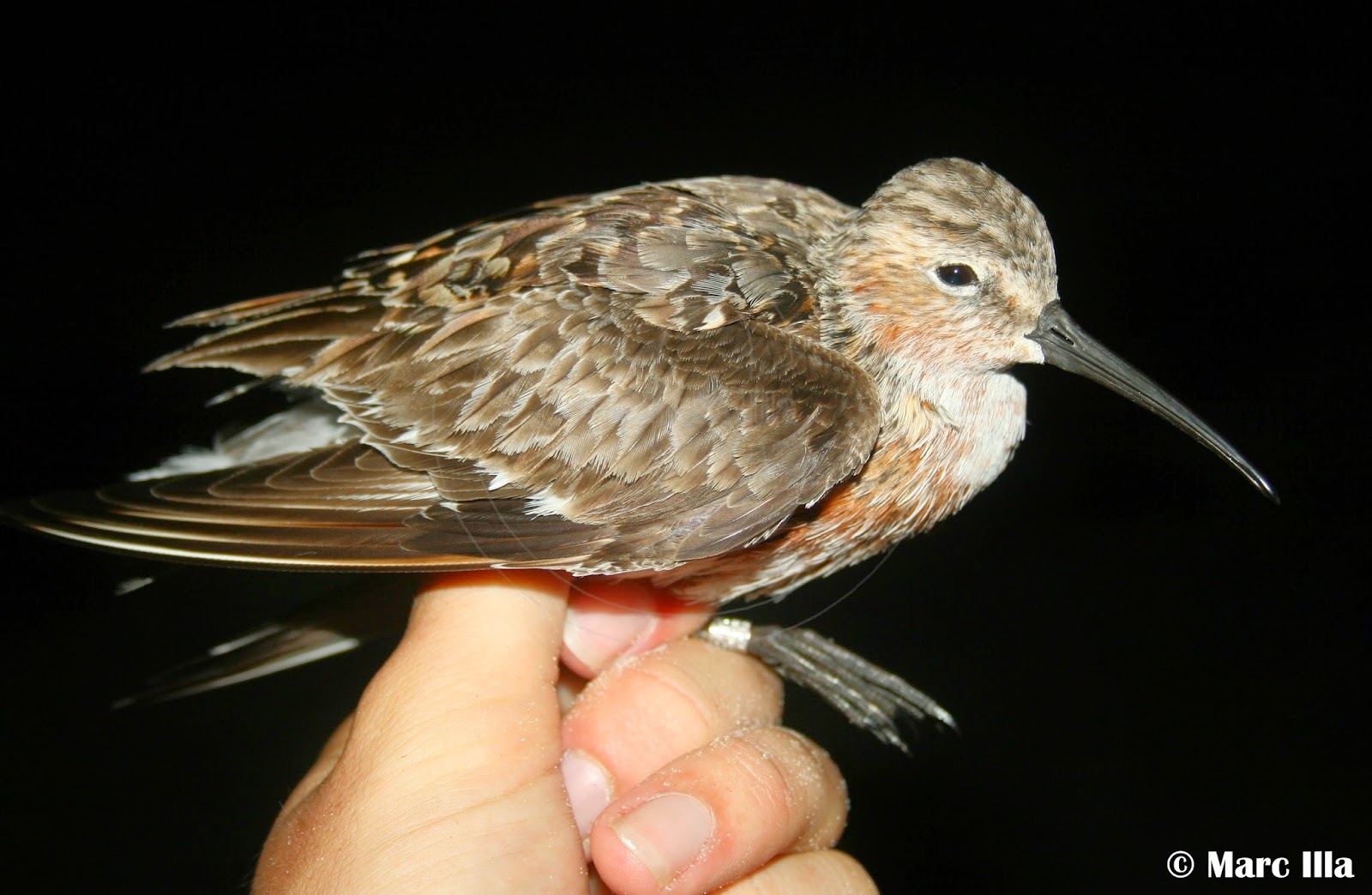 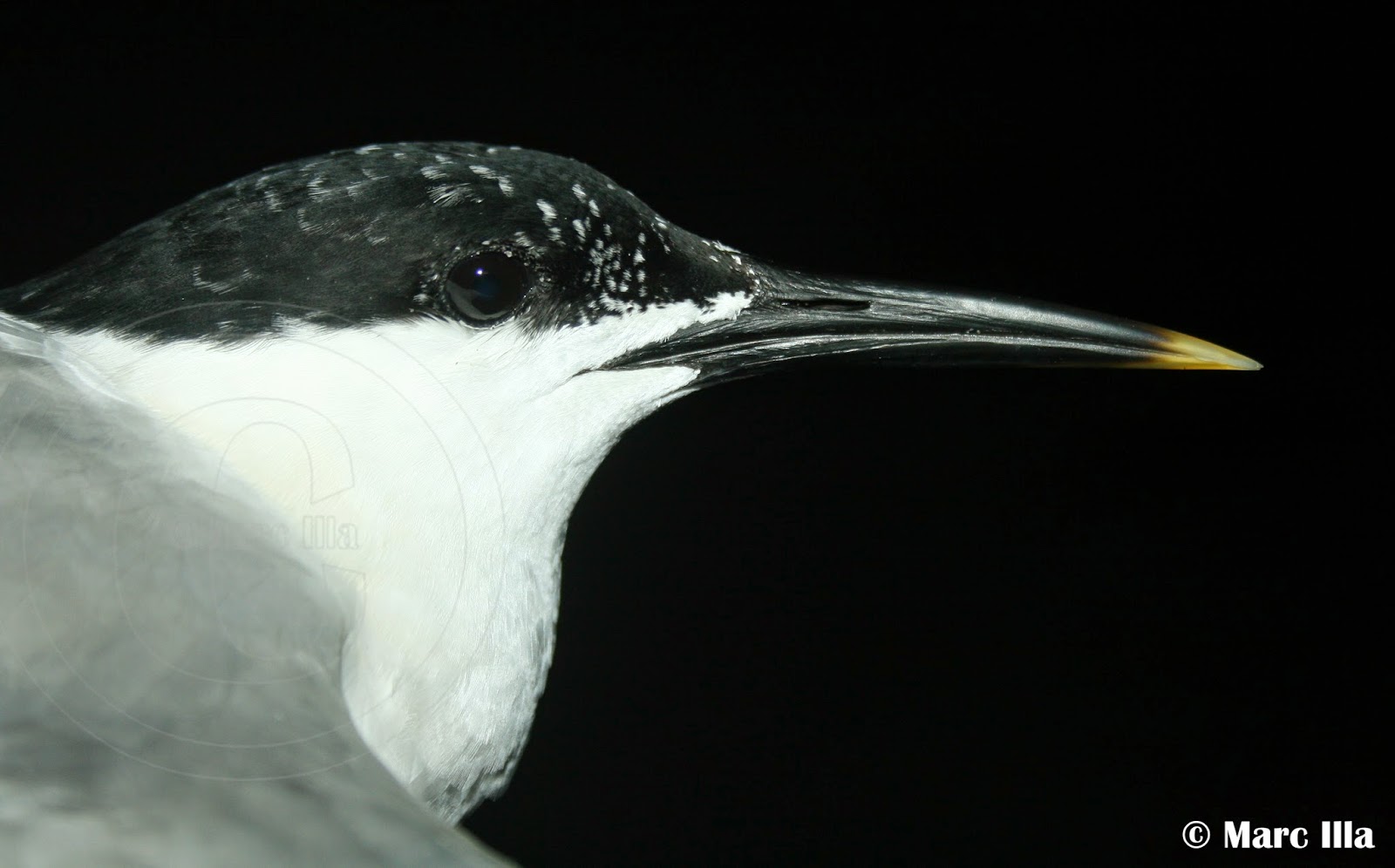 Tree Pipits (Anthus trivialis) and Yellow Wagtails (Motacilla flava) are every day more common. And also some Two-barred Crossbills (Loxia leucoptera) had been seen migrating these days. The big stuff is still on the way!
But we'll be here all the time, from the sunrise to the sunset. Each one so different and special. 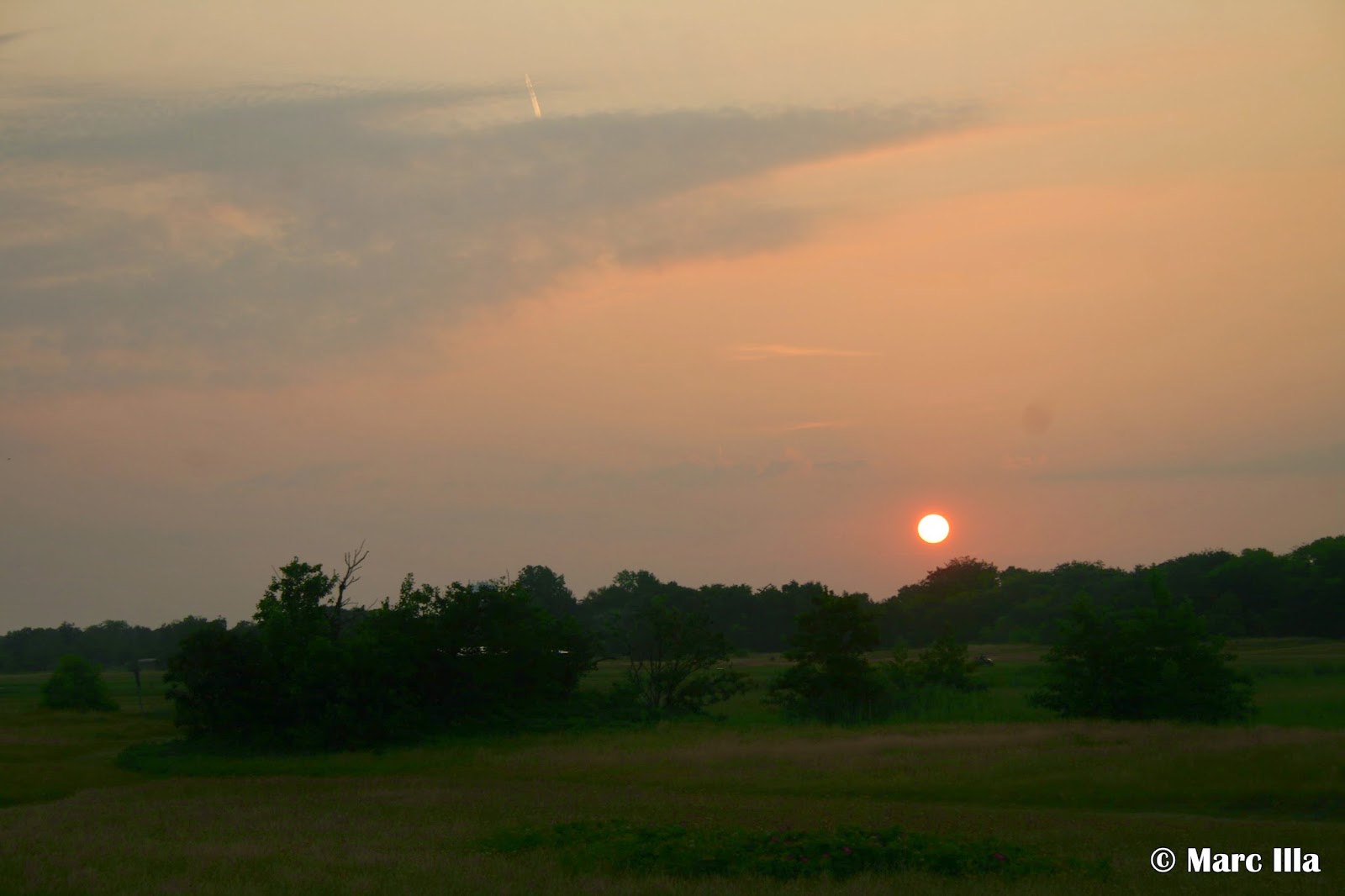 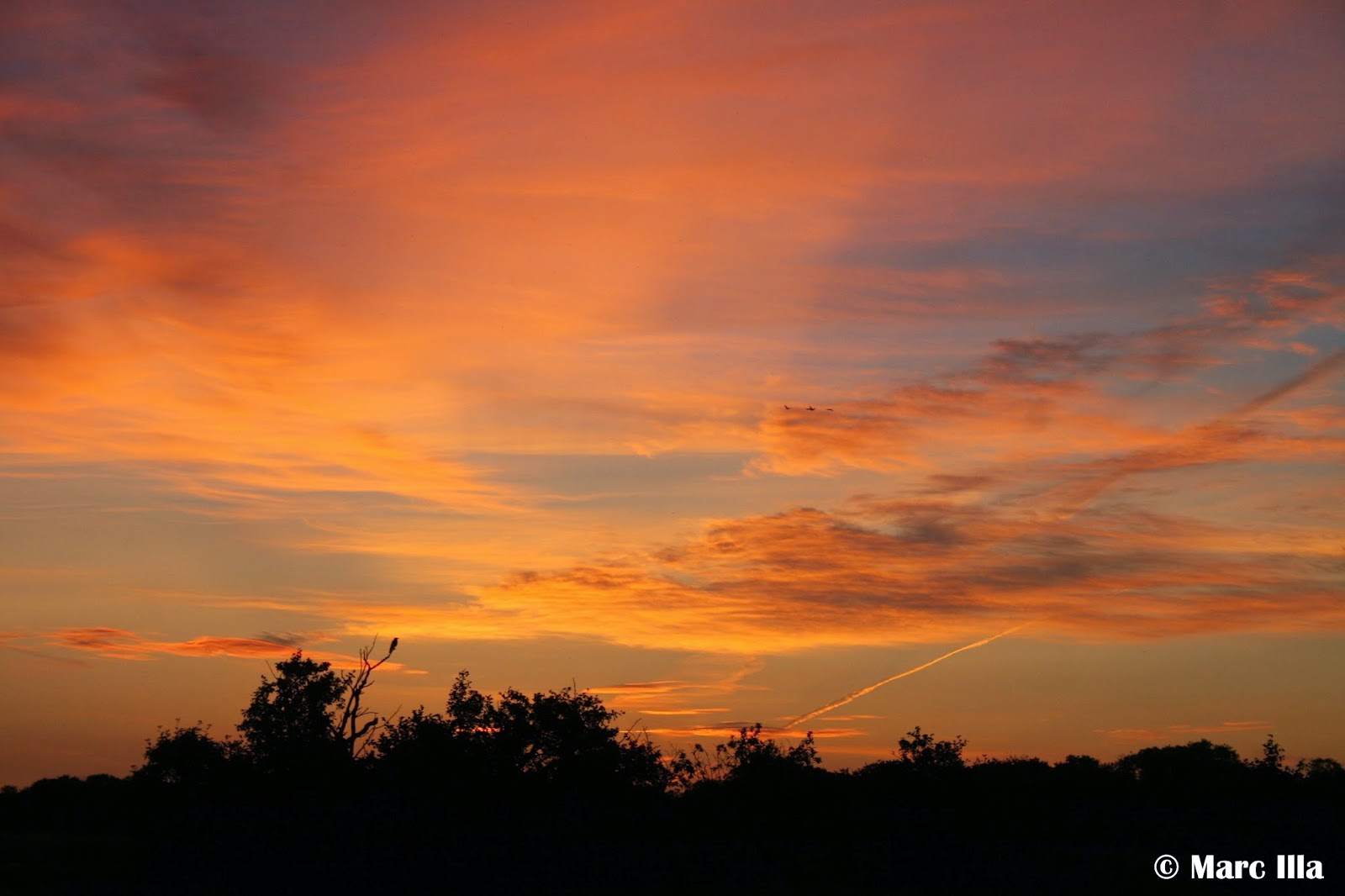 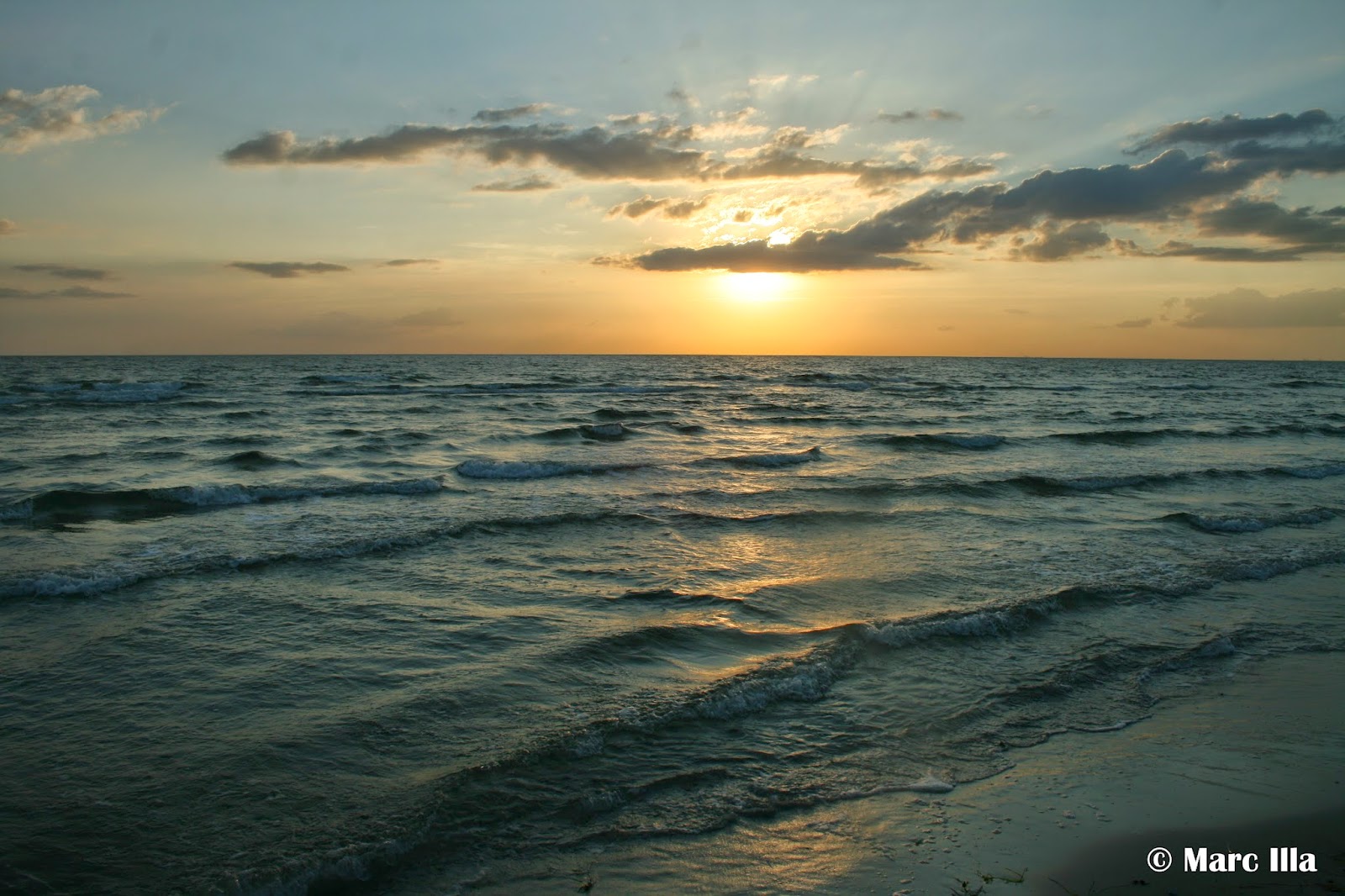