Something to start with

A new year started some days ago, and I have to say that it has been a nice beggining for me, even I've been most of the time studying...

First of all, I want to emphasize something I've just realised: this is my post number 101!
So thanks to every reader I've got during this time, I hope you found and continue finding interesting things in this blog!

As I was saying, I've been in the field just a few days during last weeks, but I reckon I've got very nice times!

One of the firsts ringing days of the year I went to try to catch Bullfinches in the Pyrenees, but we finally failed. Nonetheless, we got some 'mountain stuff', like these two Goldcrests (Regulus regulus). 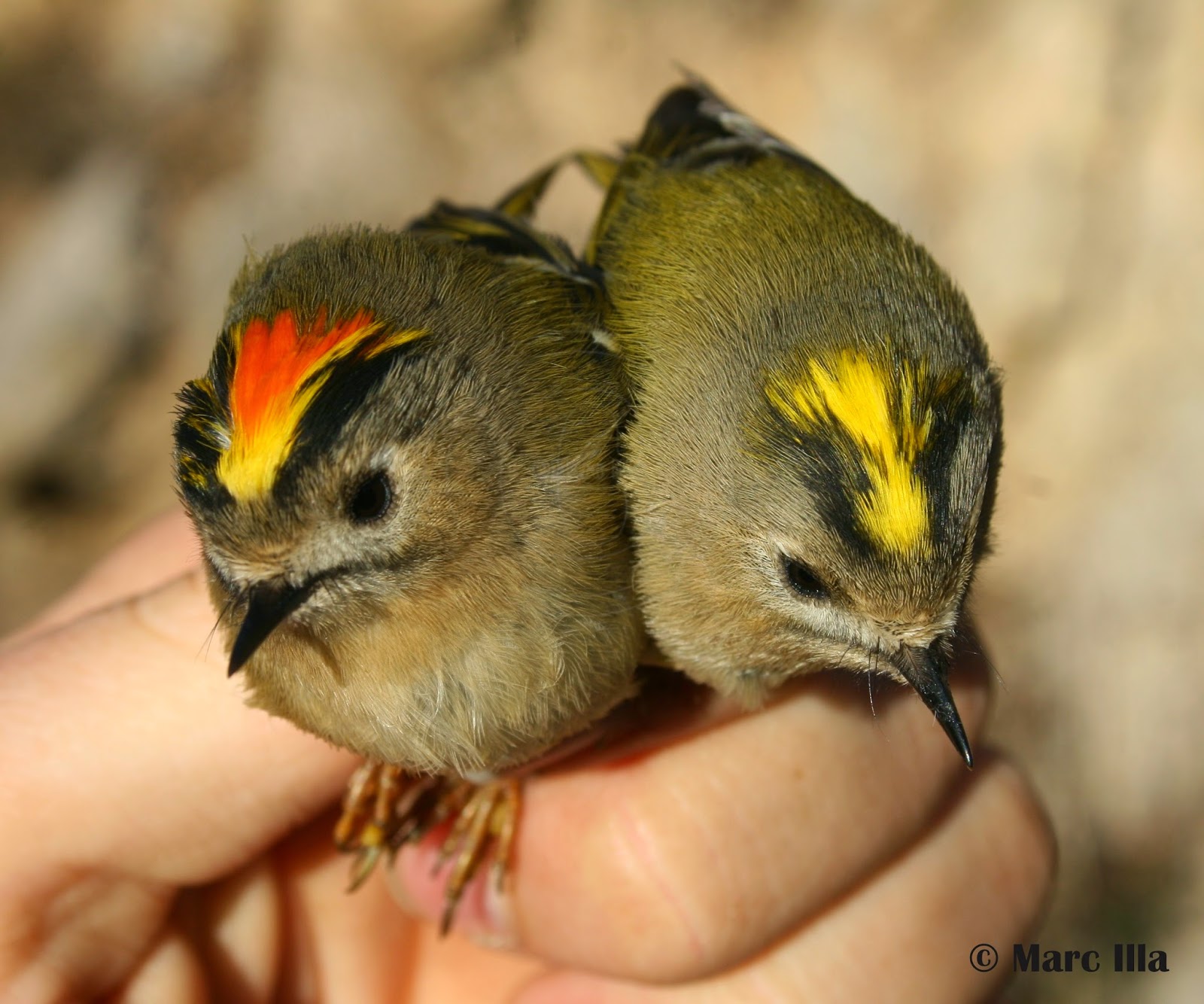 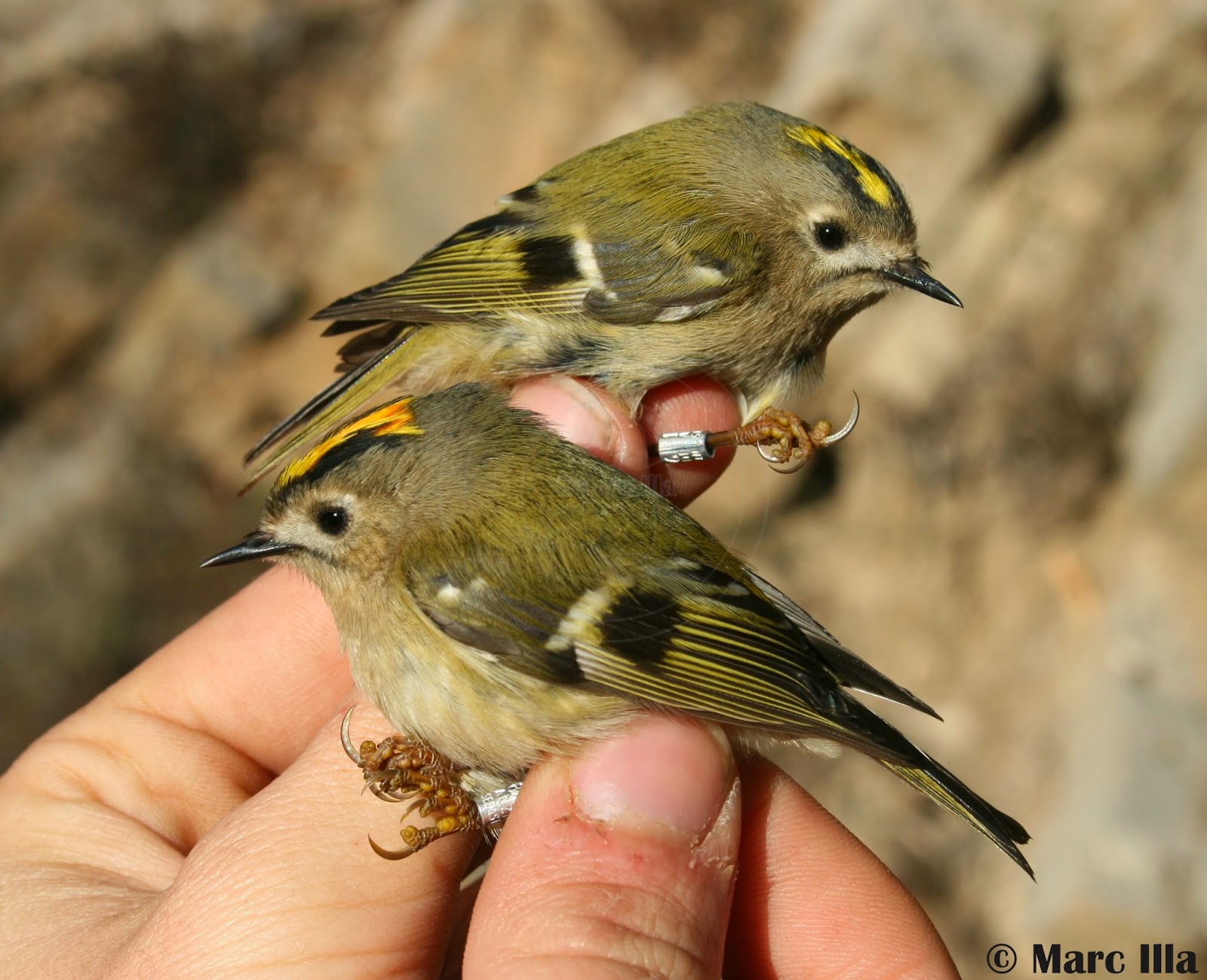 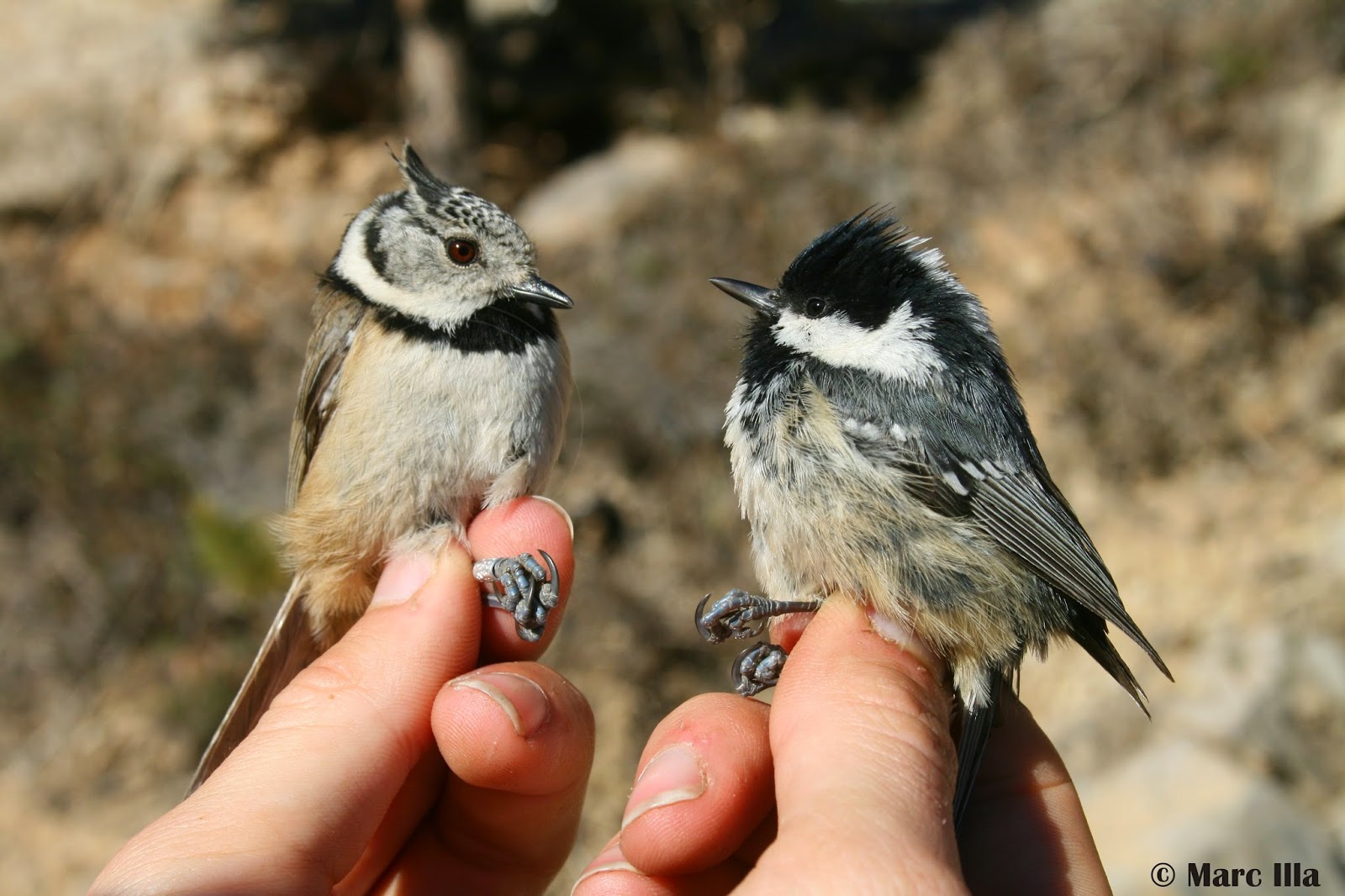 Back to my local patches, I'm still working on Reed Bunting's (Emberiza schoeniclus) roosting. It seems like a nice winter for them in this area. 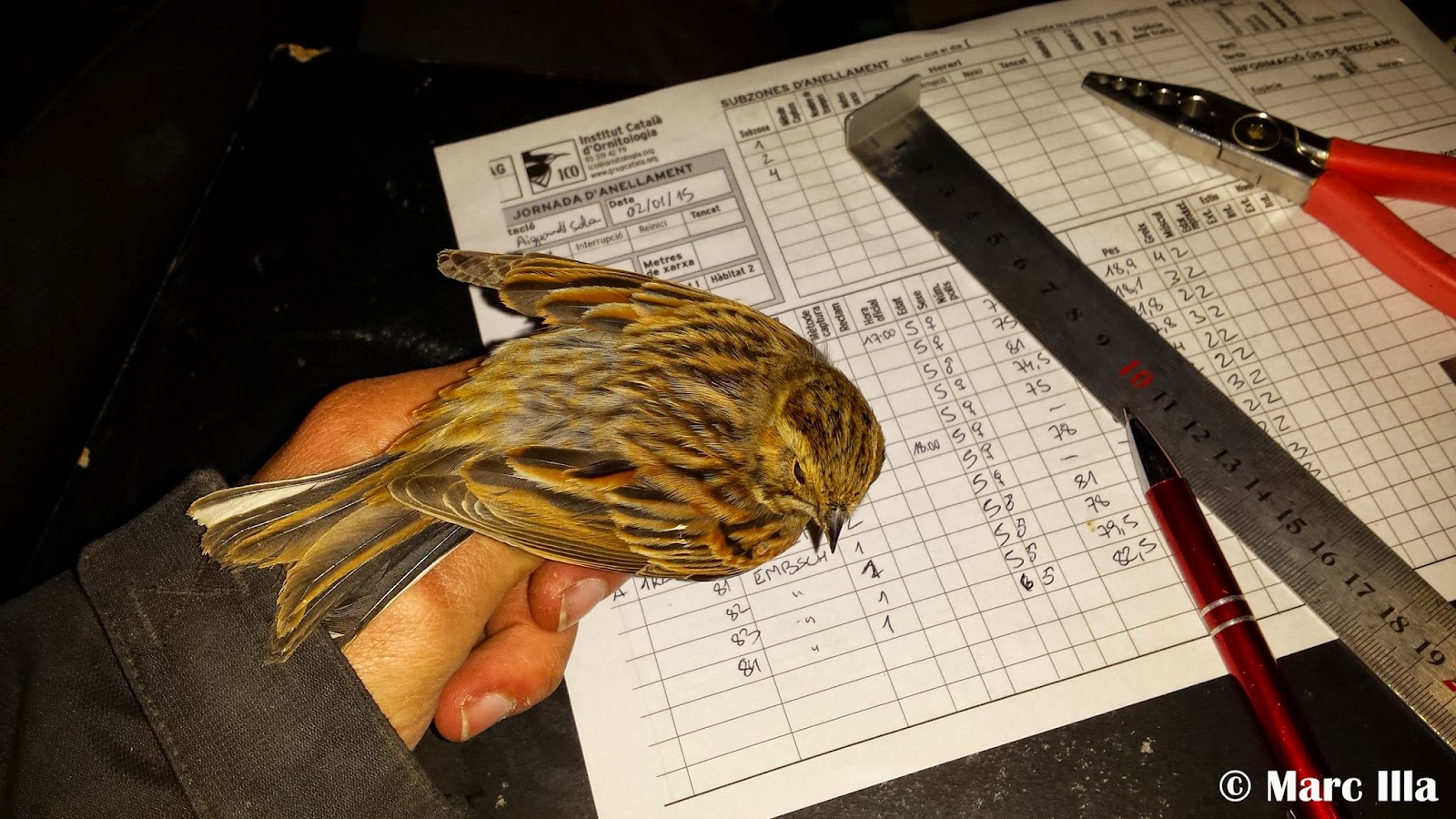 Last winter I was also ringing some Meadow Pipits (Anthus pratensis), and this year we decided to do it again. It was a nice surprise when we caught the firsts 3 of the winter, all of them retraps! Two from last year and one from November 2014. I think we don't have many information about winter fidelity in this species, so it was really nice! And even more interesting because last year I only ringed 8 birds... We'll keep on catching them!
The best stuff came just a few days ago, when I joined a ringing morning in Abrera, with some good ringers and better friends. We trapped a very nice Redwing (Turdus iliacus), a species that, for some weird reasons, I had never got in hand! 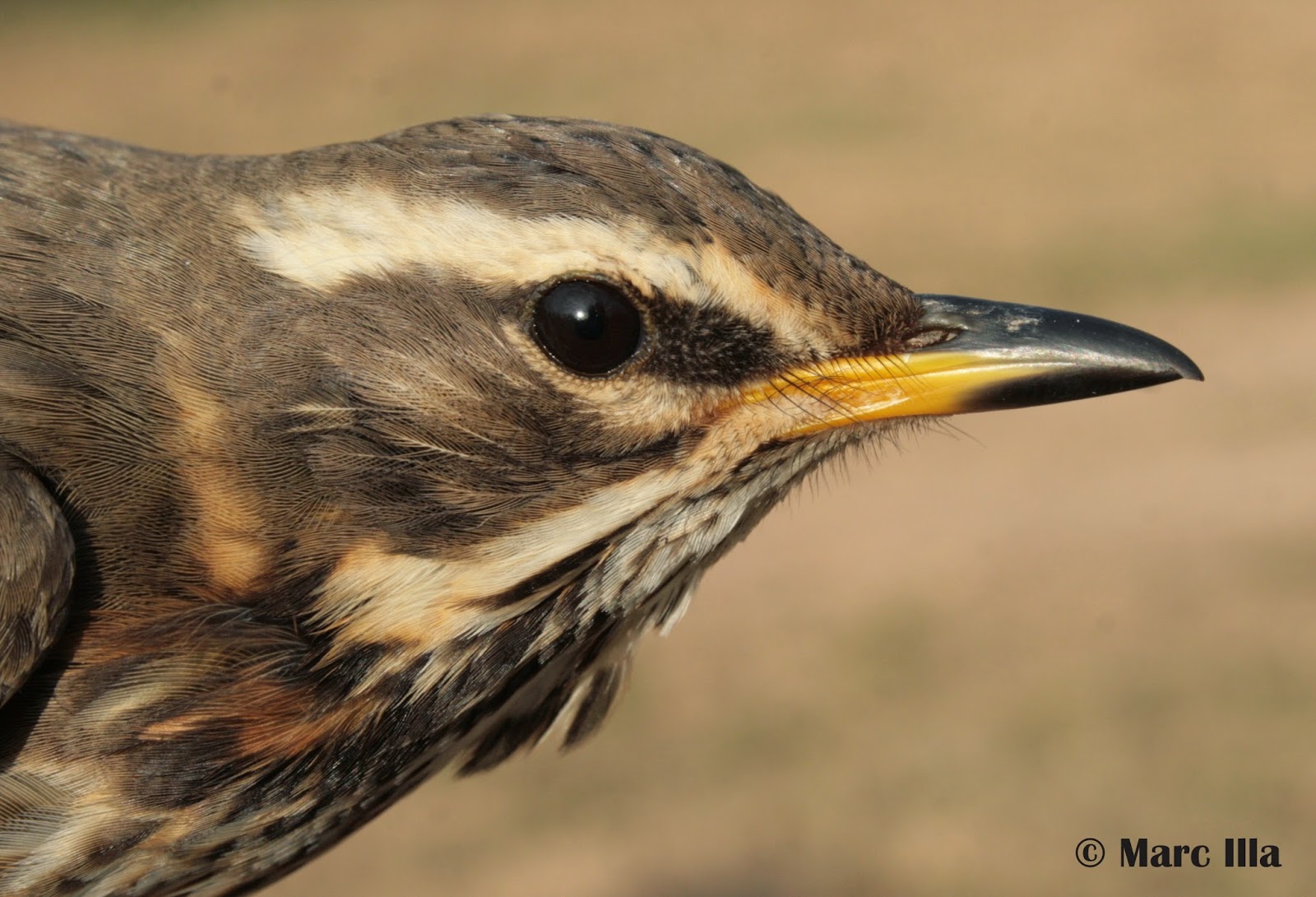 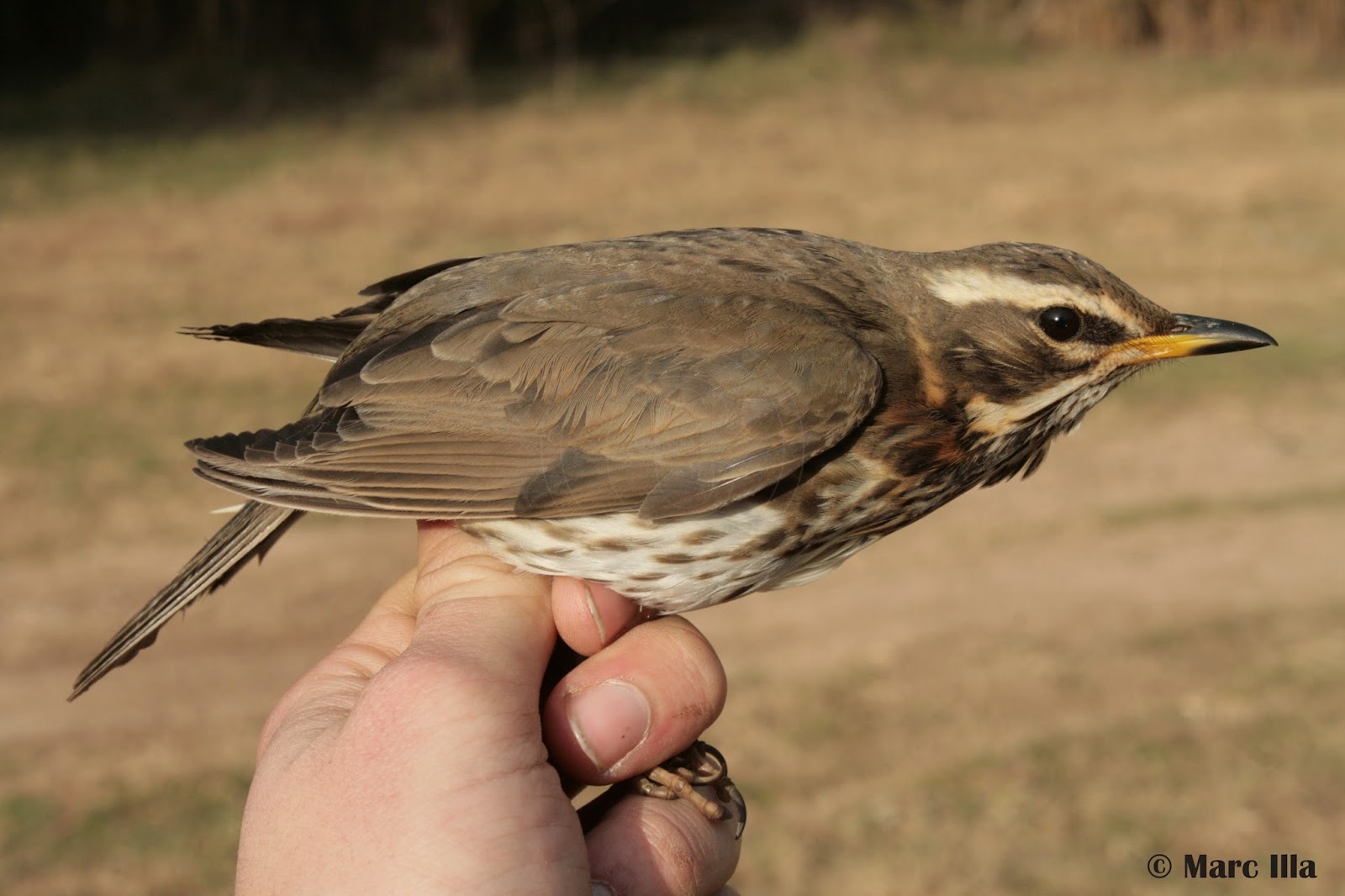 As a nice 'first for me', it waas an adult (EURING 6). And a very bird bird indeed, but still a nominate iliacus. (No, we have never seen a coburni in Catalonia... yet) 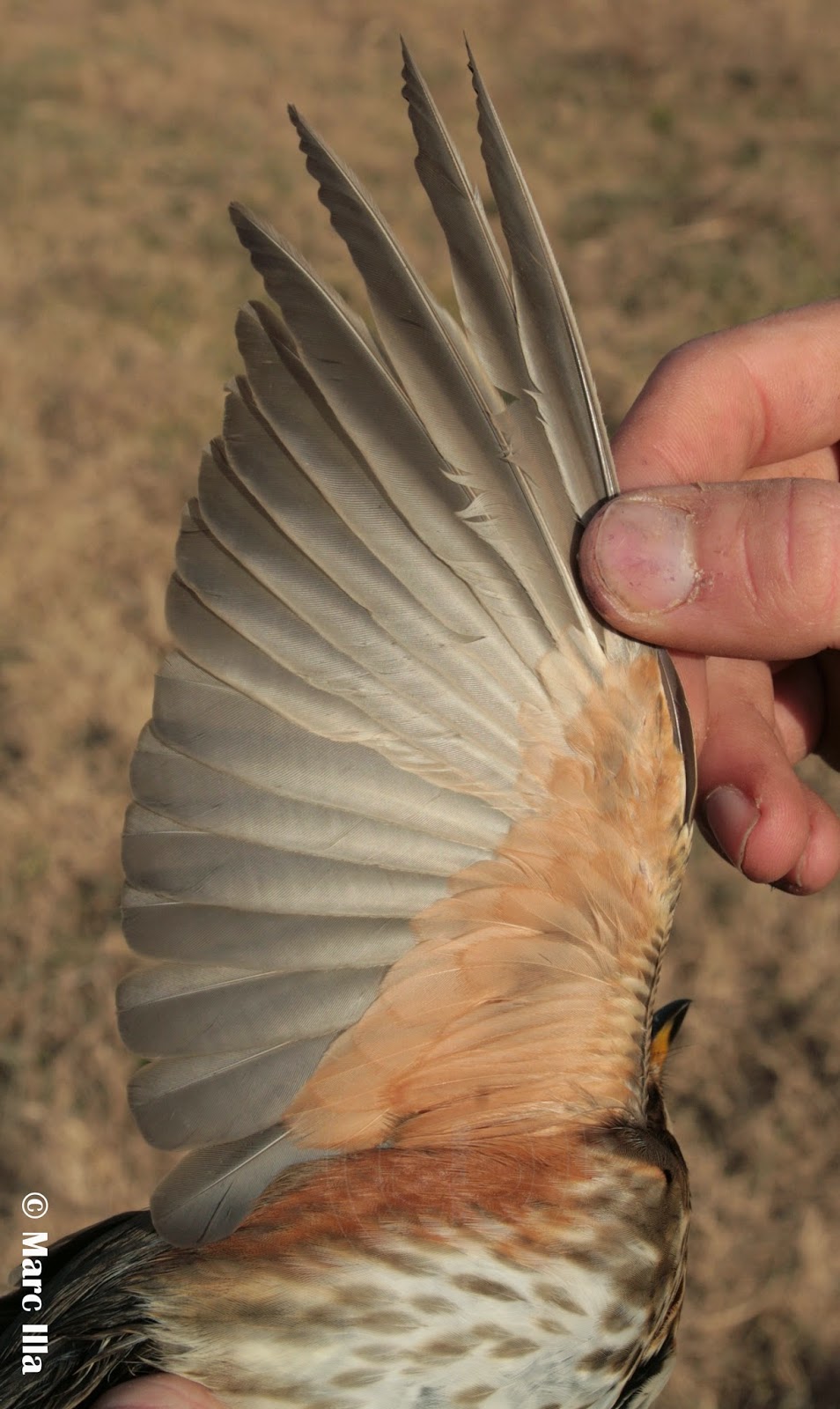 As I was saying, I've started the year with a few but intense field journeys. One of the bests moments was this Eagle Owl (Bubo bubo) singing in one of the lasts territories close to my place. 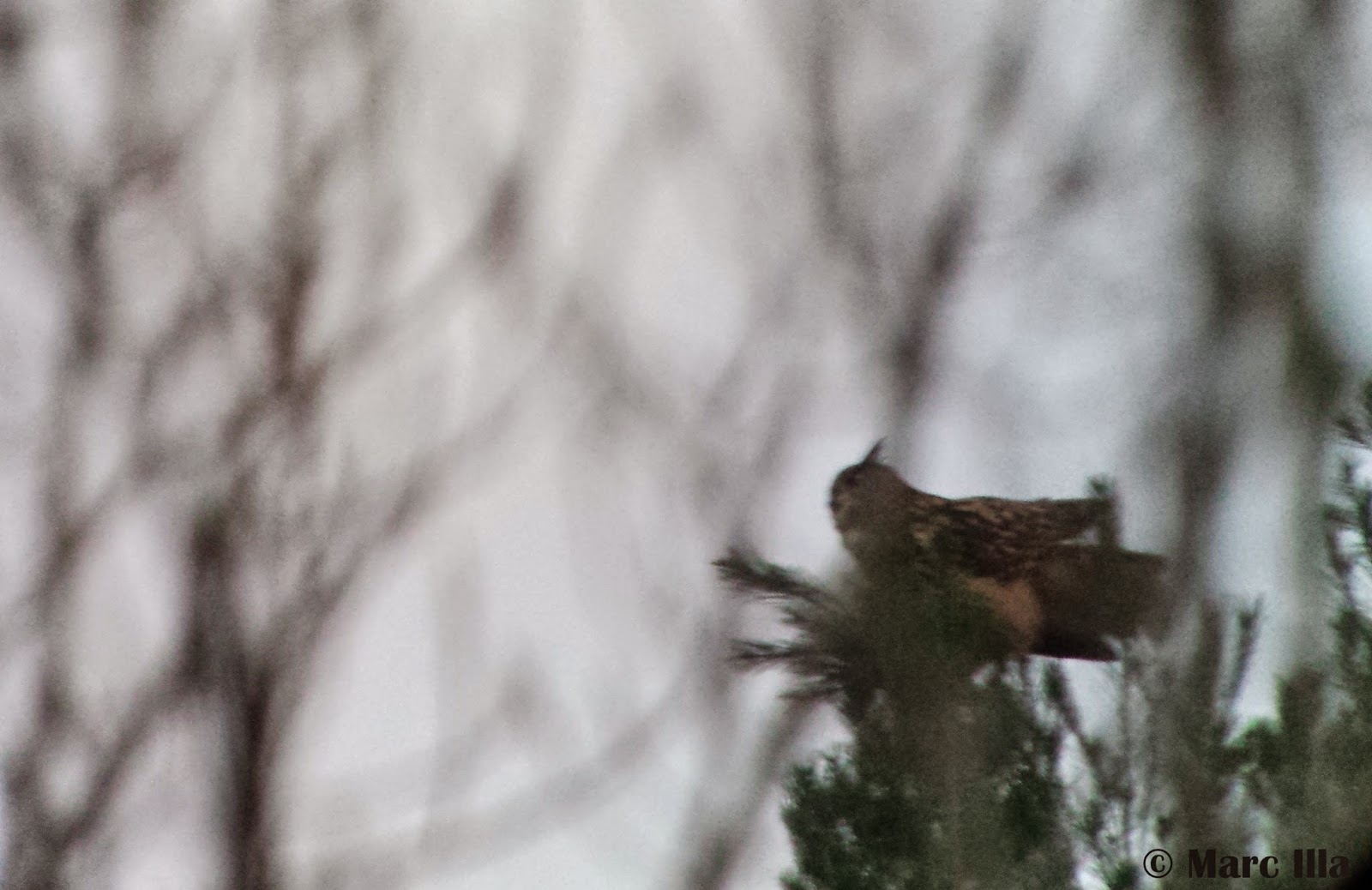