My feeling is that, this winter, has been quite calm in terms of birding in Catalonia. Actually, many of the usual 'nice species' we get inland didn't came, as it has happened with the Jack Snipes (Lymnocryptes minimus) and Bramblings (Fringilla montifringilla), to say a couple of examples. Take a look at these 3 maps of Bramblings in Catalonia: 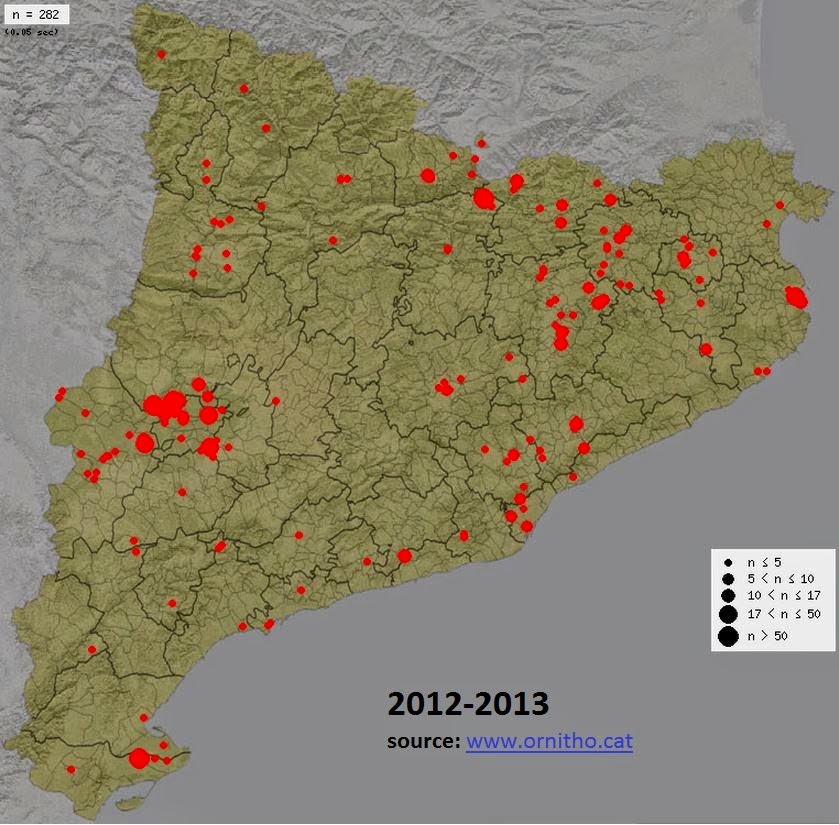 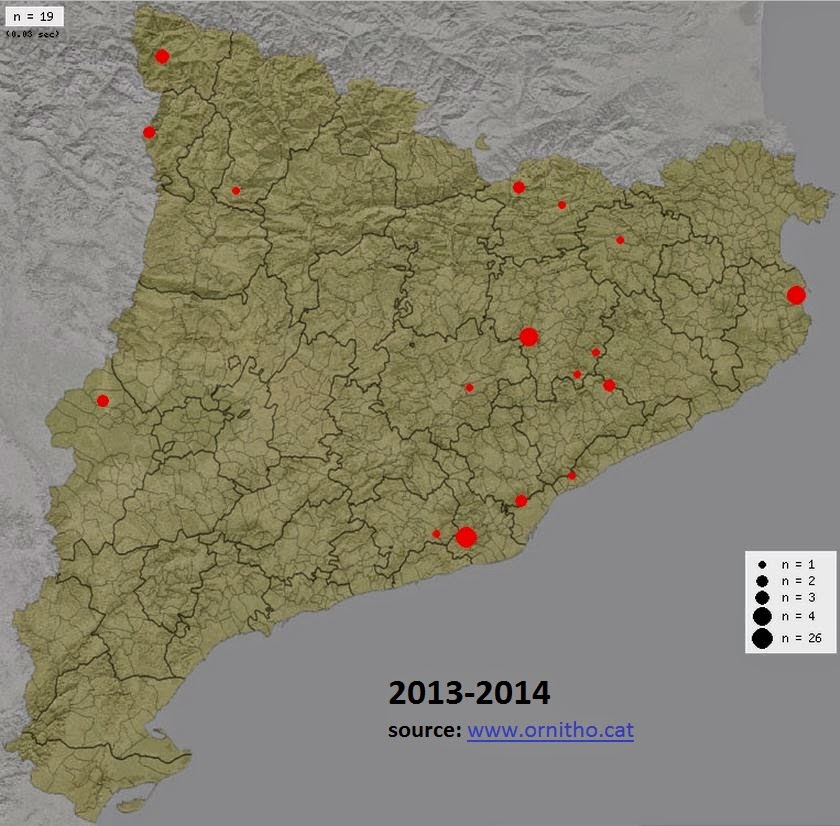 Just to emphasize a little bit: during December I missed some Chaffinches (Fringilla coelebs) around my place, but after some very cold days in January, I found flocks of hundreds making a total about 1400 birds around, which are nice numbers here. Nonetheless, and despite my efforts to find one, I've only seen one female Brambling in the hole winter here!!

So, even it has not been the best winter ever, there are many quite interesting thing to look at or to spend time with.

If you know me you won't be surprised if I tell you i've been pursuing ringed Mallards in my area. I suddenly saw a bird ringed in Navarcles, and I finally managed to take photos of the ring. This was on 04/02/2015, and the bird turned to be ringed in my local patch on 24/04/2014, 6 knm away. OK, that's not an amazing recovery, not even surprising, but I hope you can understand I'm happy with it. (remember, this winter is a bit boring...) 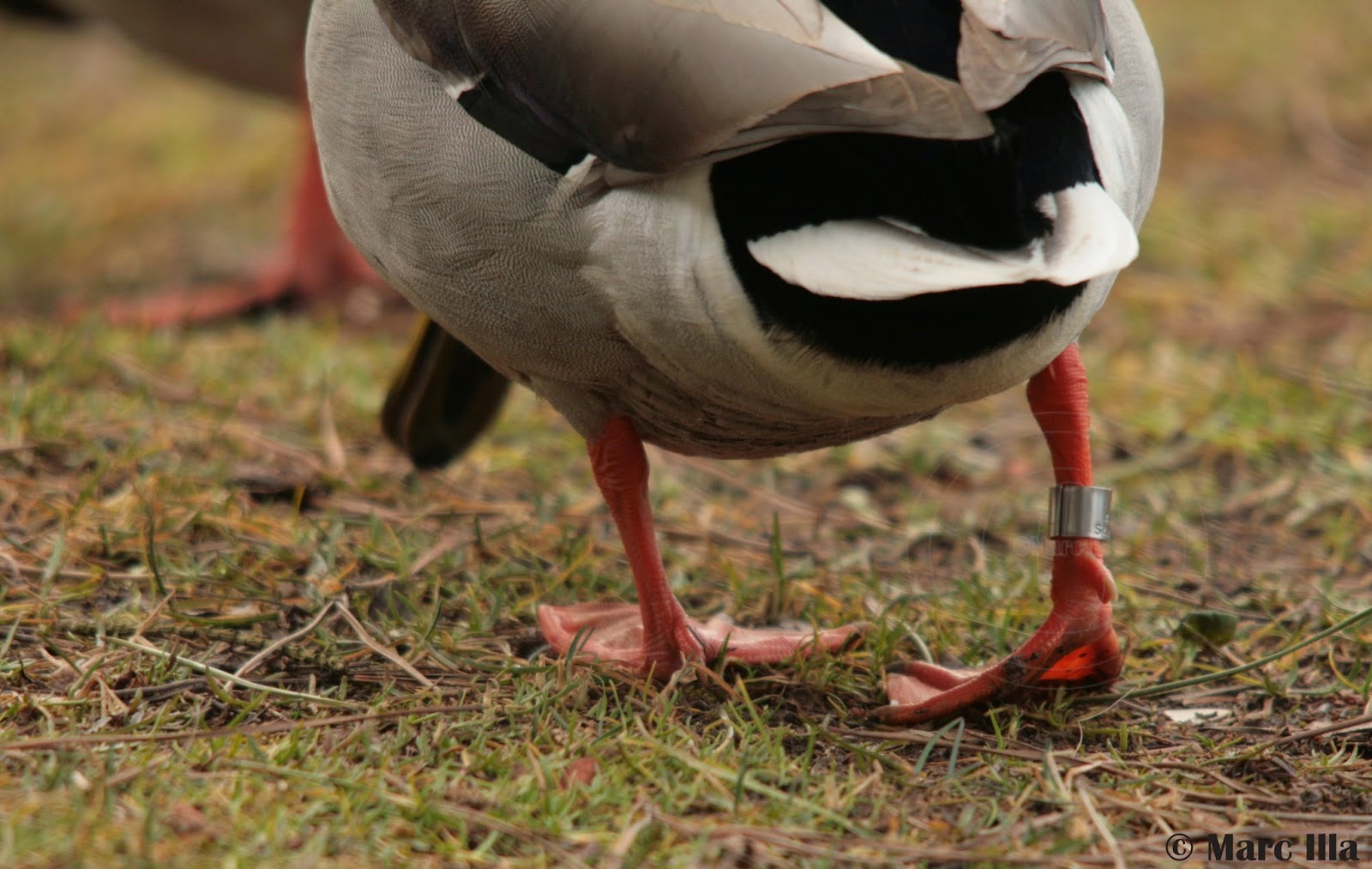 As you may imagine, ringing sessions has not provided any very exciting thing, but I'll put some pictures anyway.
Some Serin (Serinus serinus) things too... An adult male in the top photo, second-year male below. 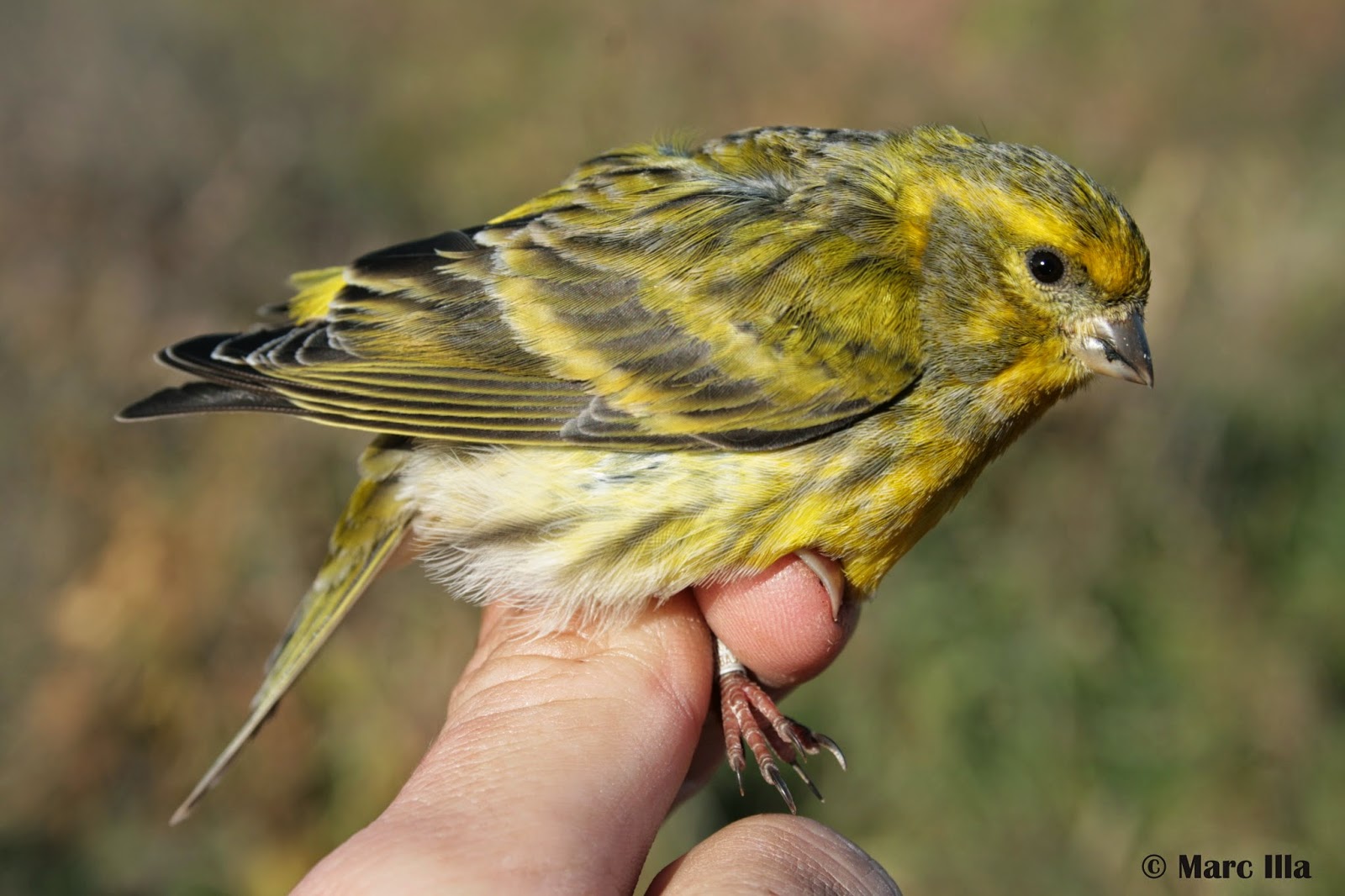 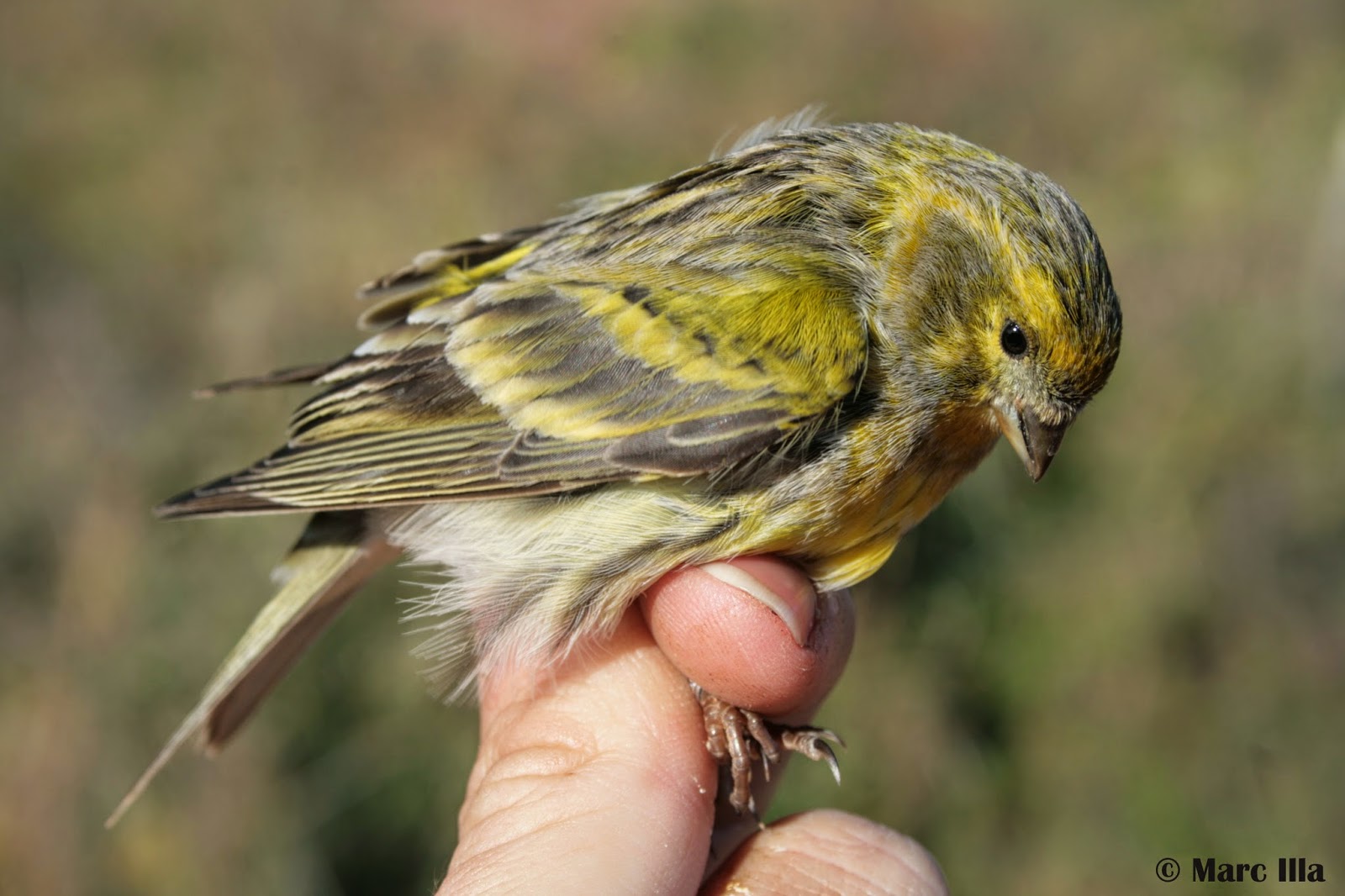 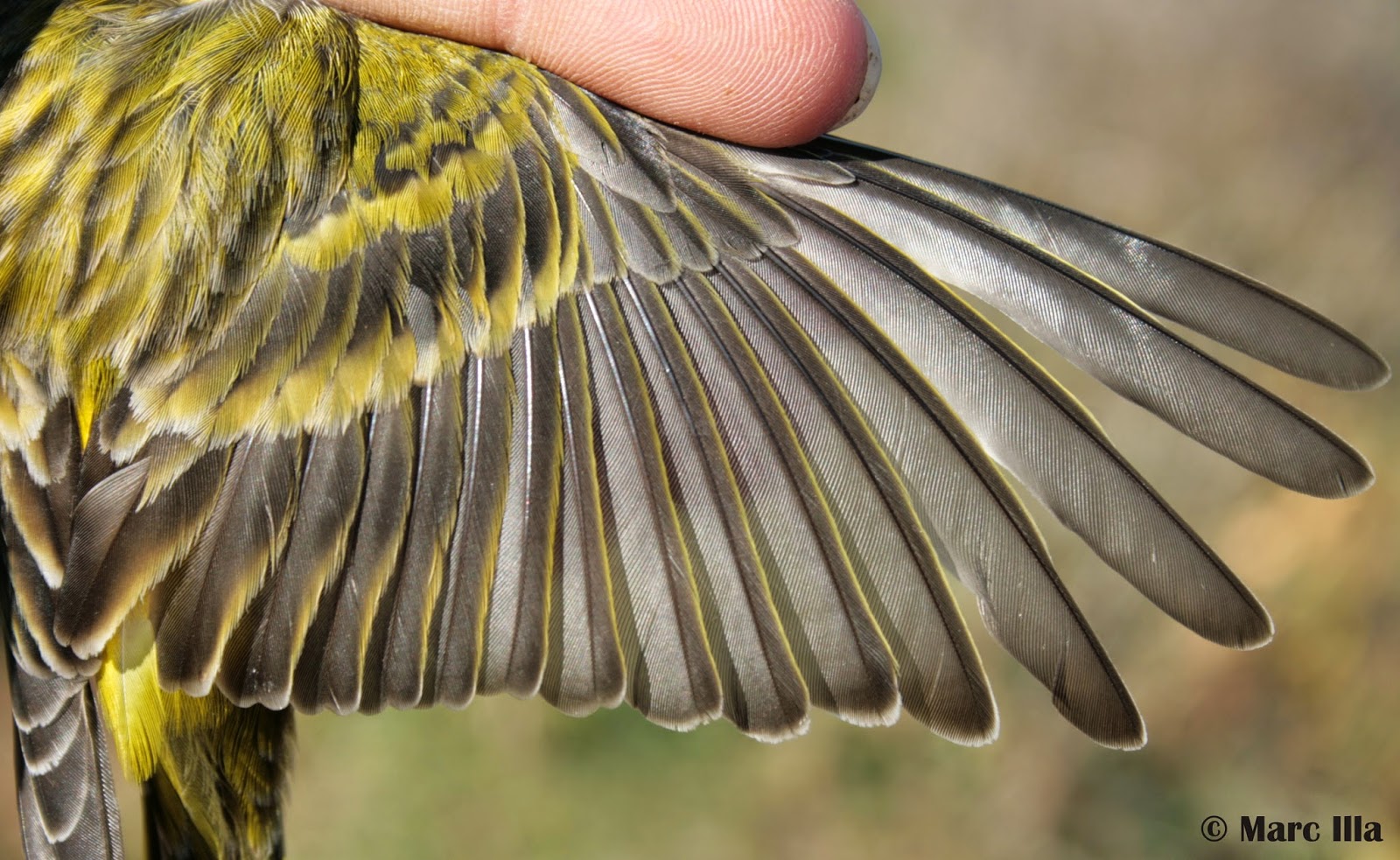 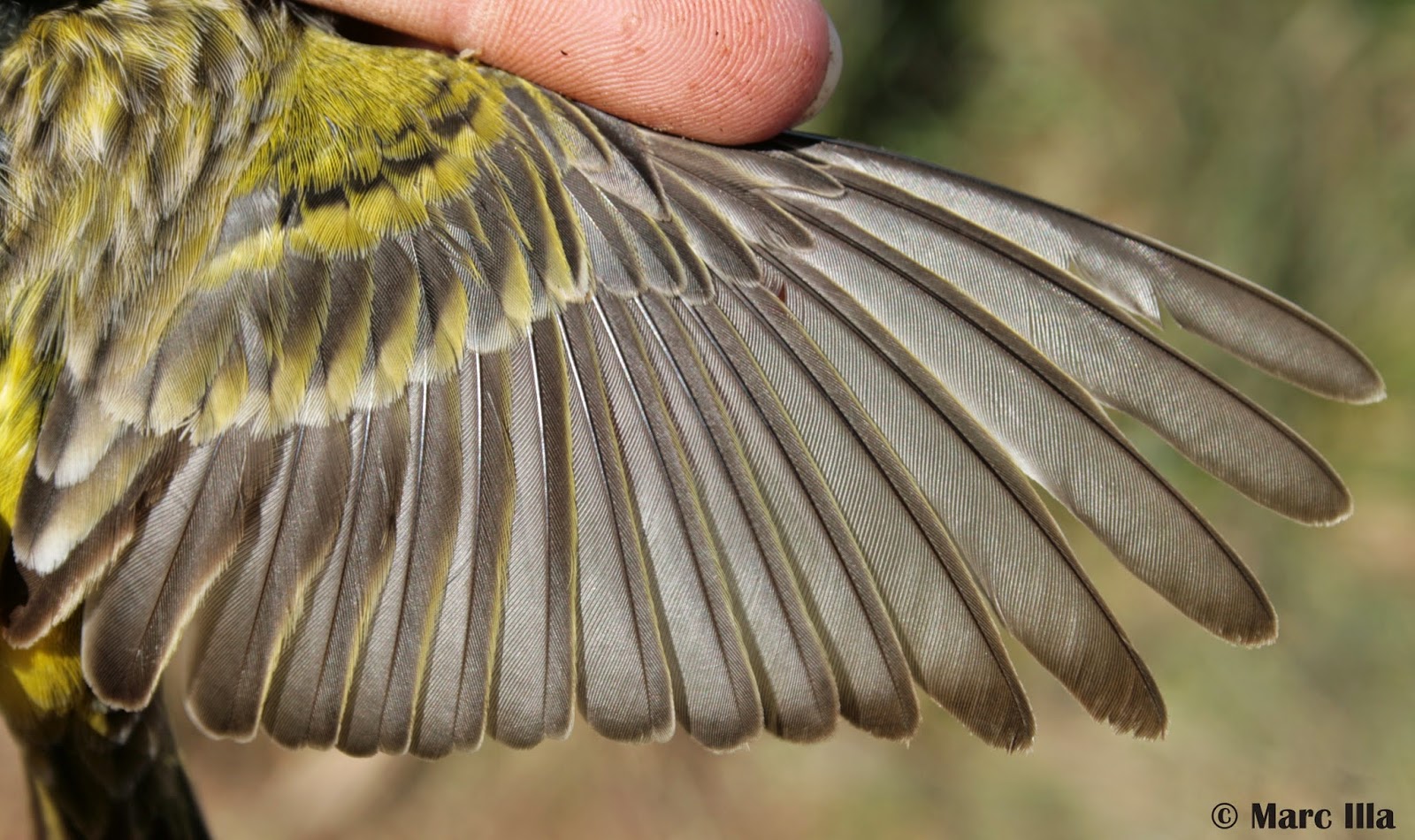 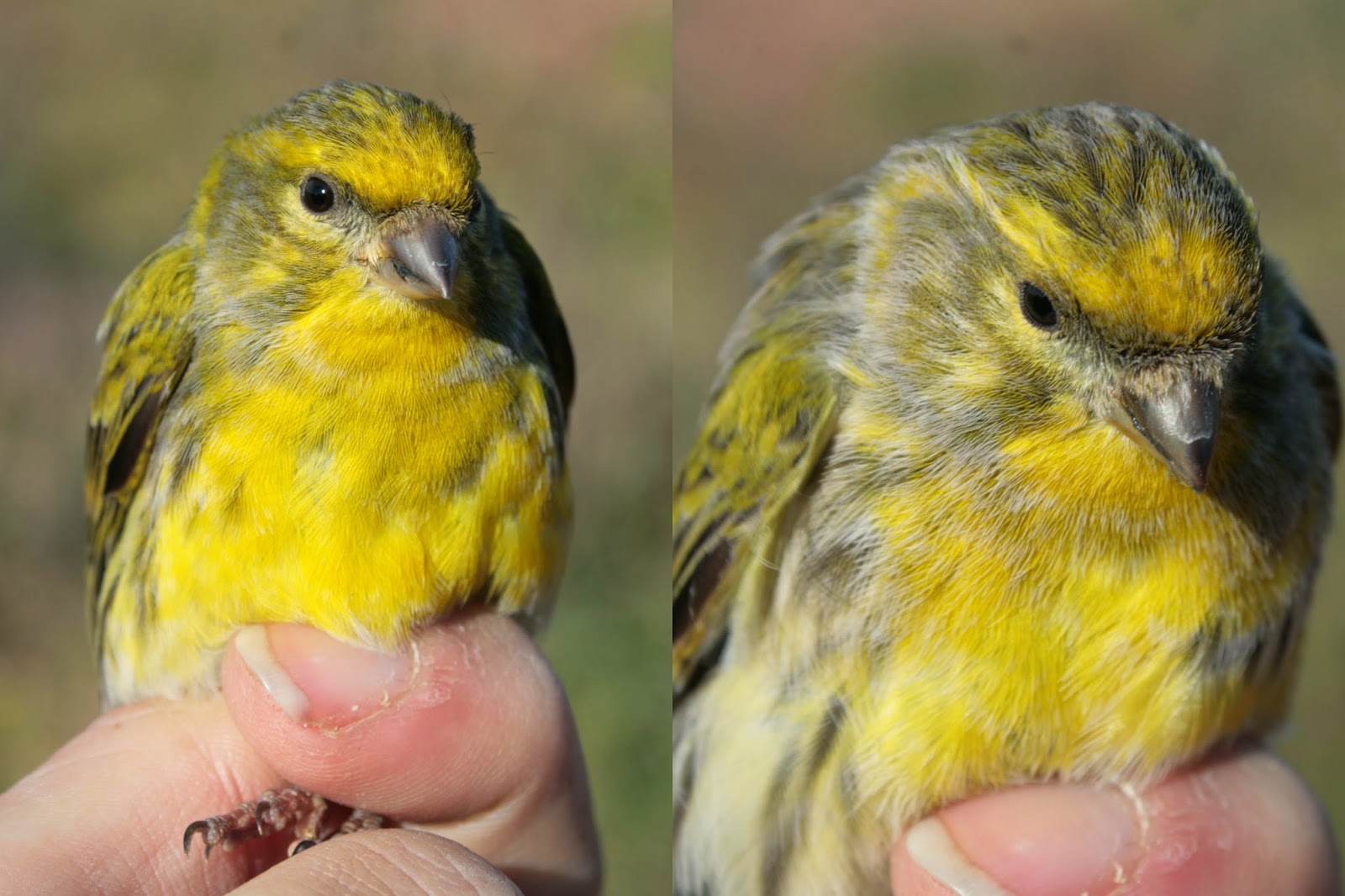 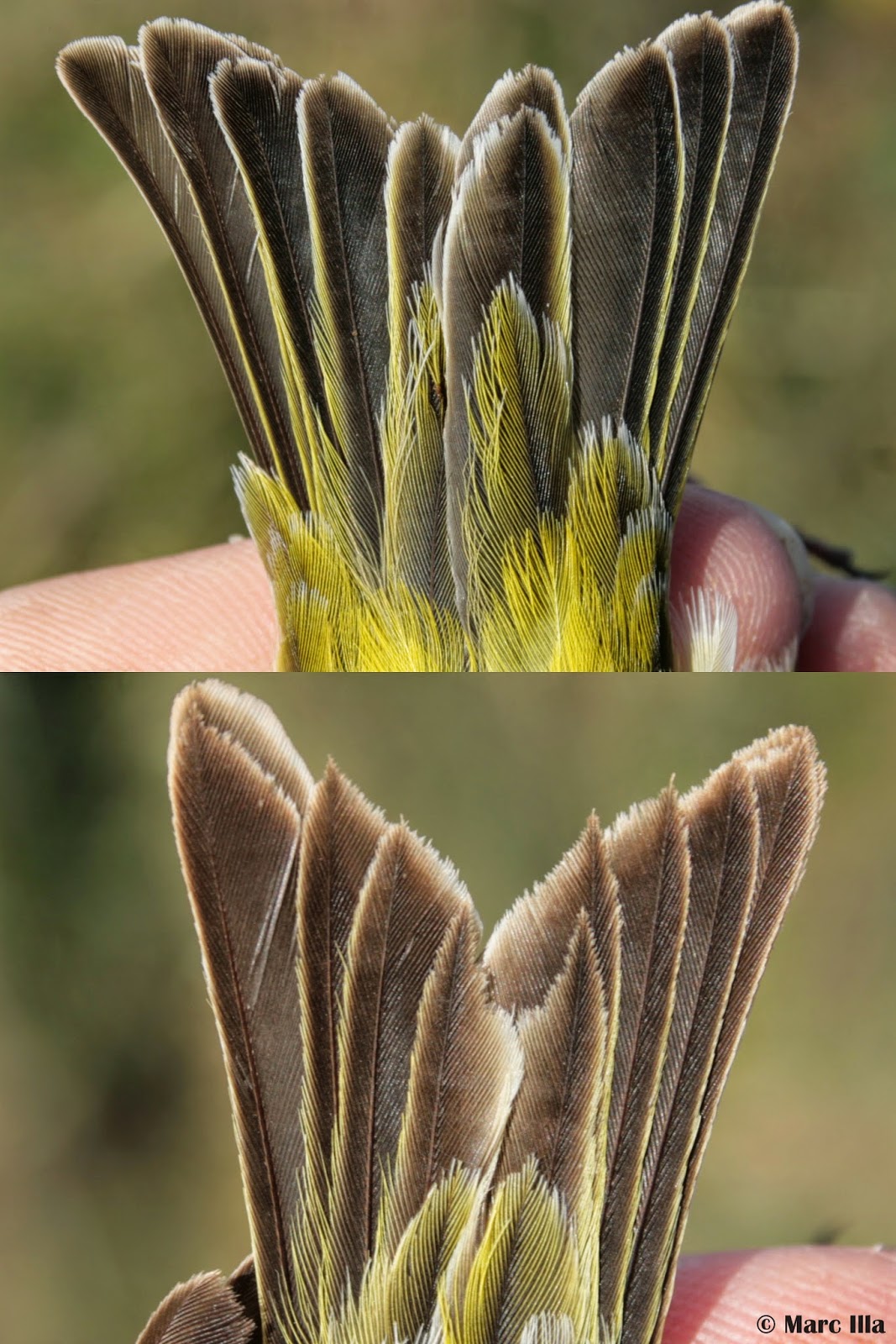 The same (or something similar...) with male Chaffinches (Fringilla coelebs). Adult on the top, second-year below. The tail is from the adult! 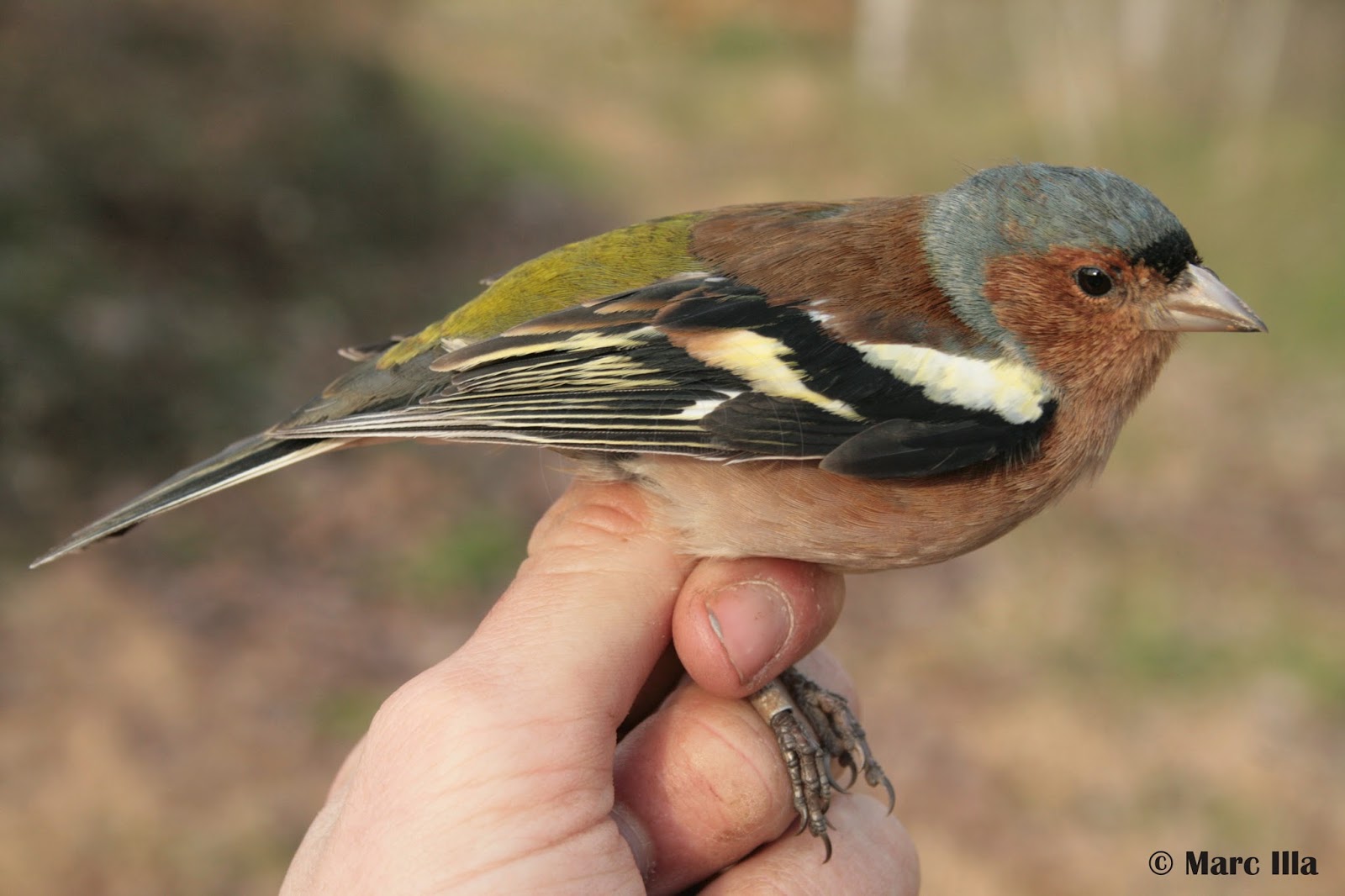 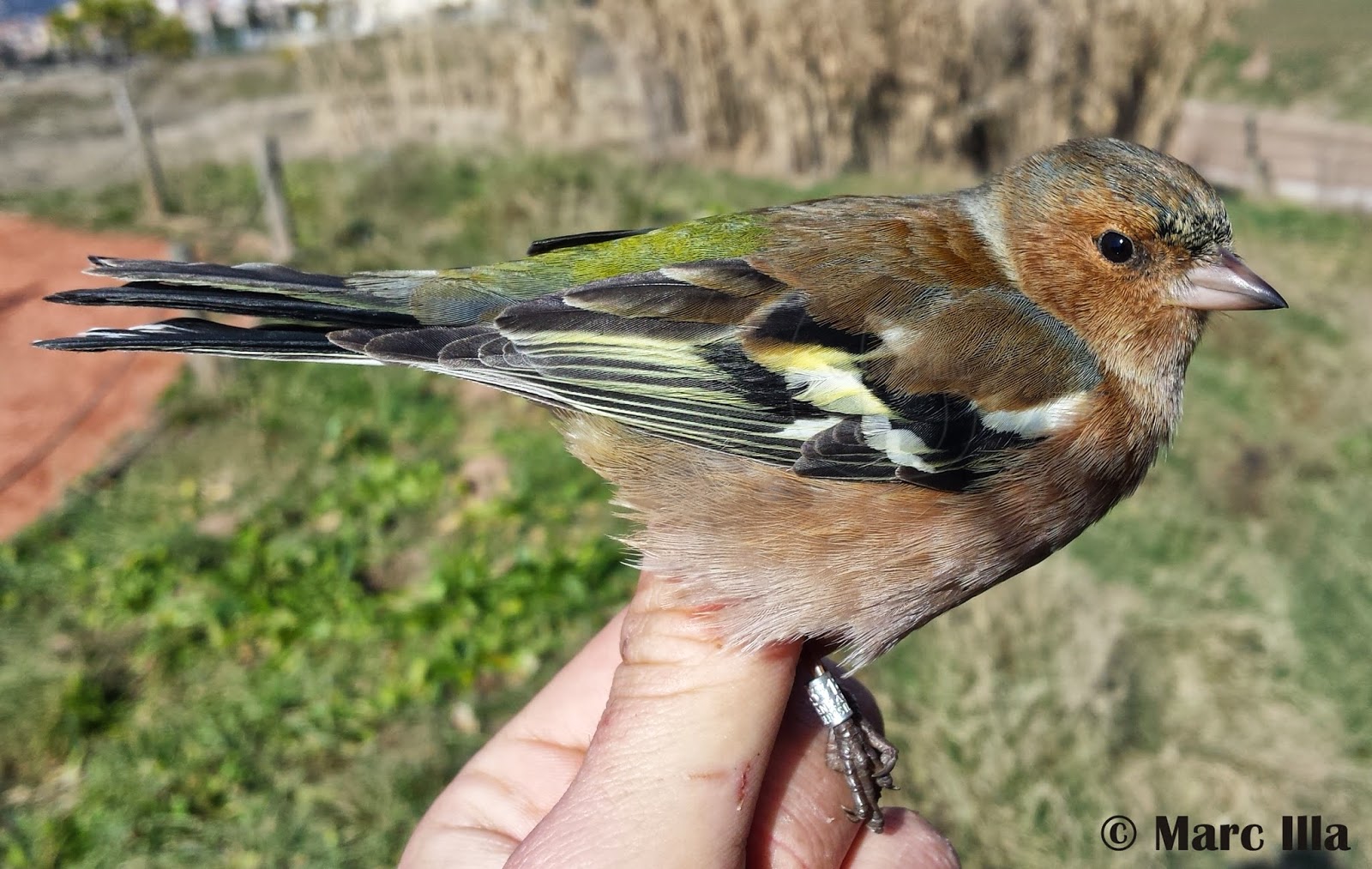 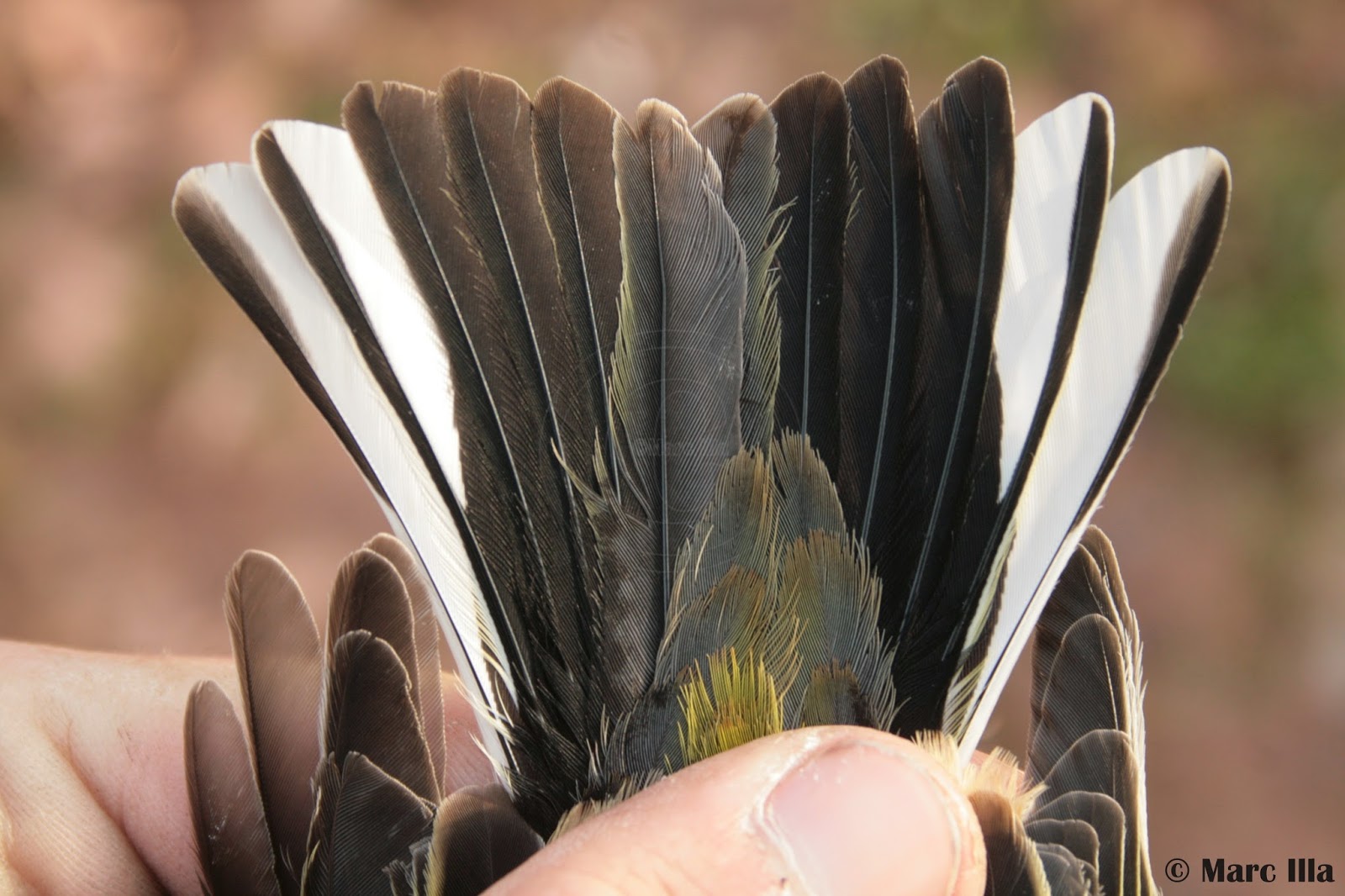 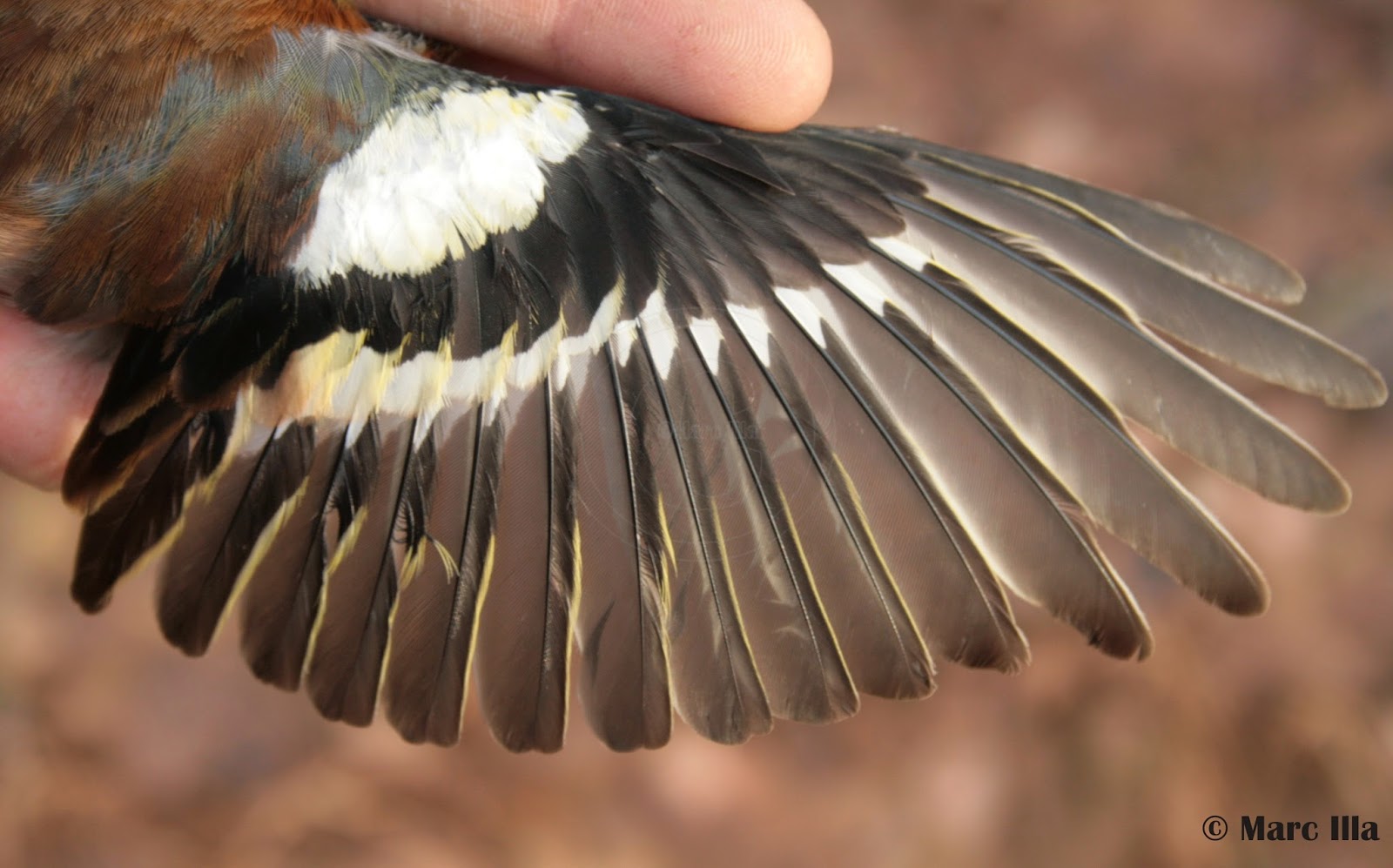 Well, I actually trapped one very nice bird. A flock of Penduline Tits (Remiz pendulinus) has been wintering in my usual place, l'Aiguamoll de la Bòbila, and as this species has been providing very nice information with recoveries (2 foreign birds out of less than 10 ringed), it was worth to try to catch them. 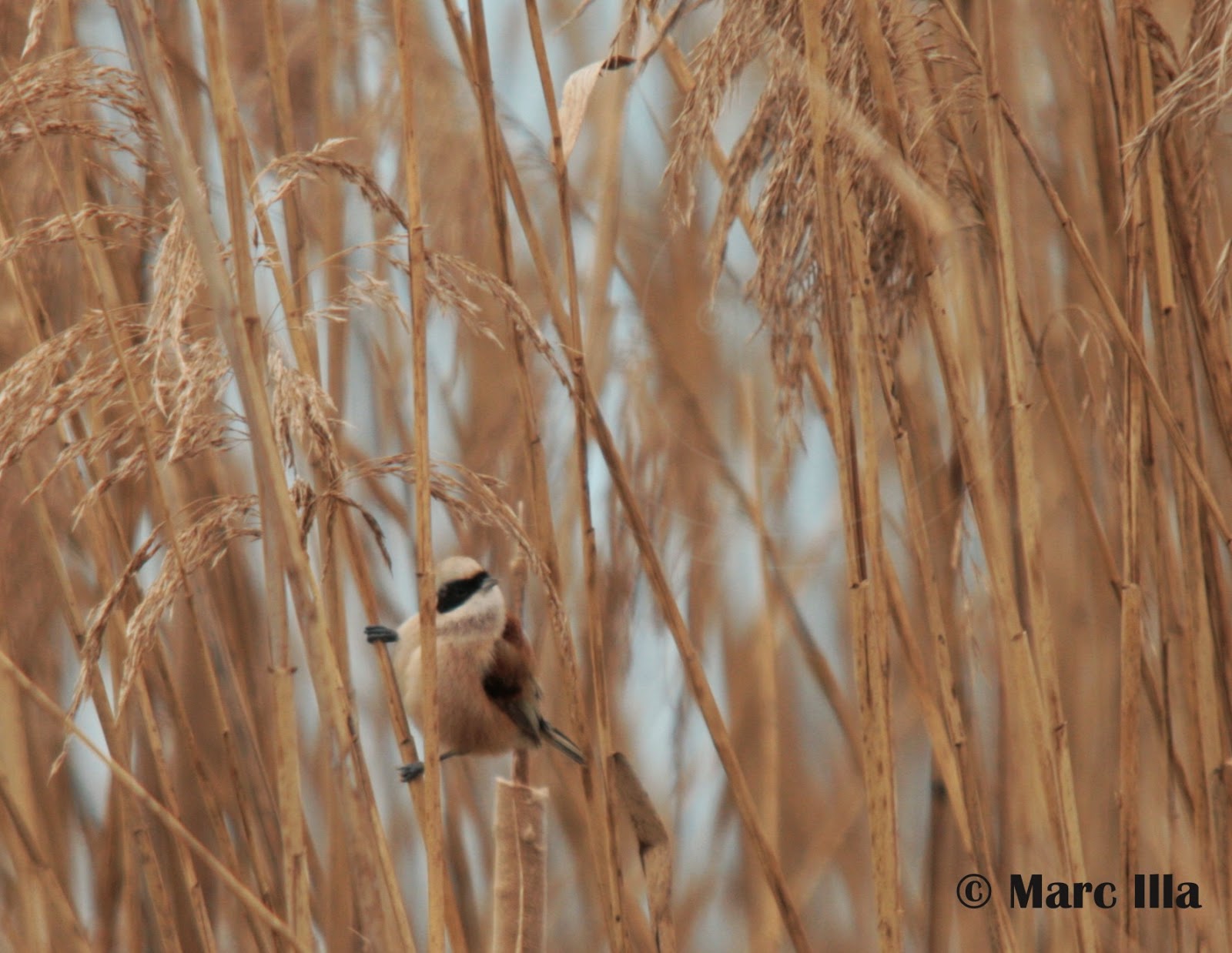 We trapped 9 birds and, perhaps not surprisingly as I was saying, one of them was carrying a foreign ring... Italian! 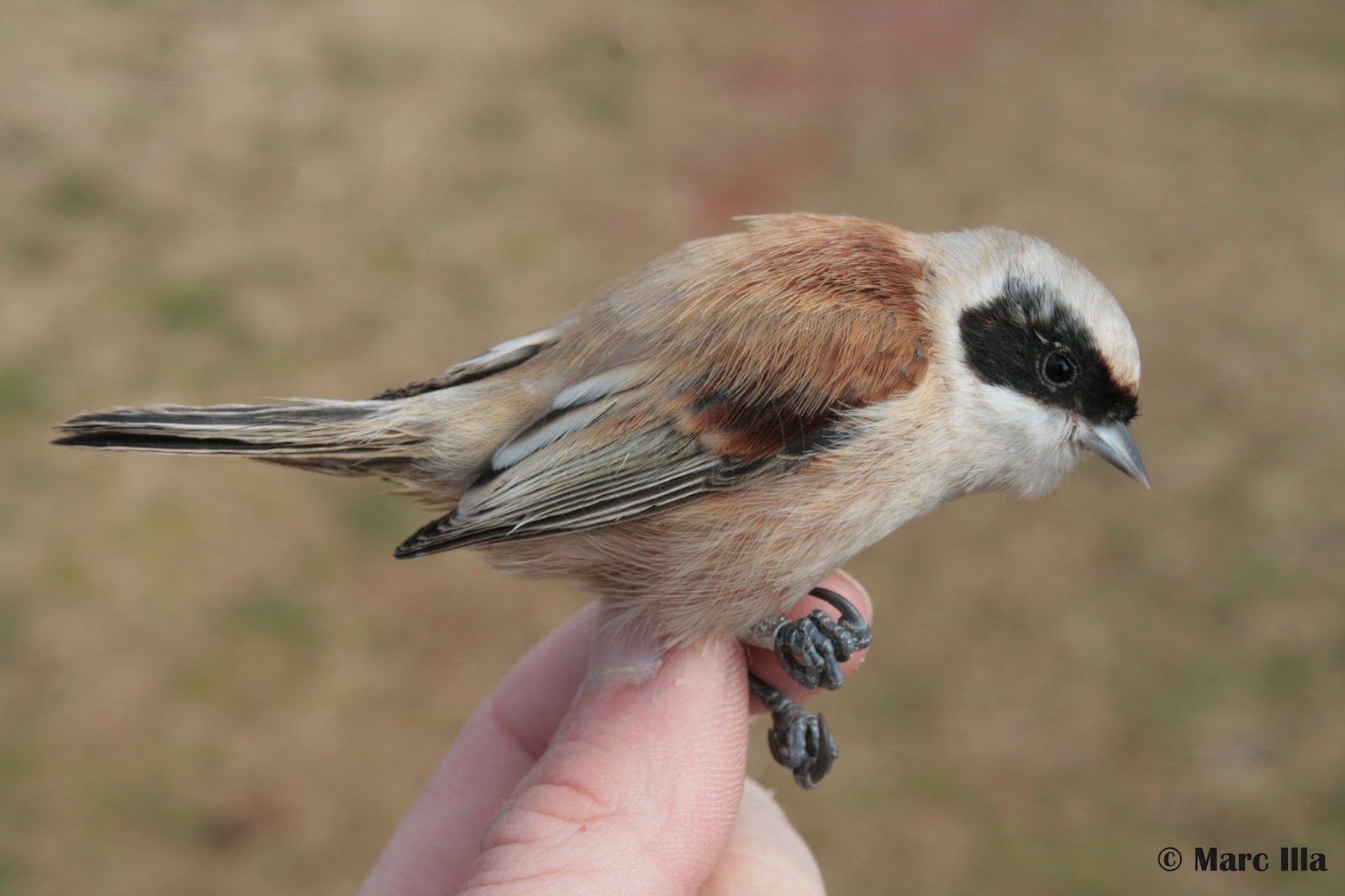 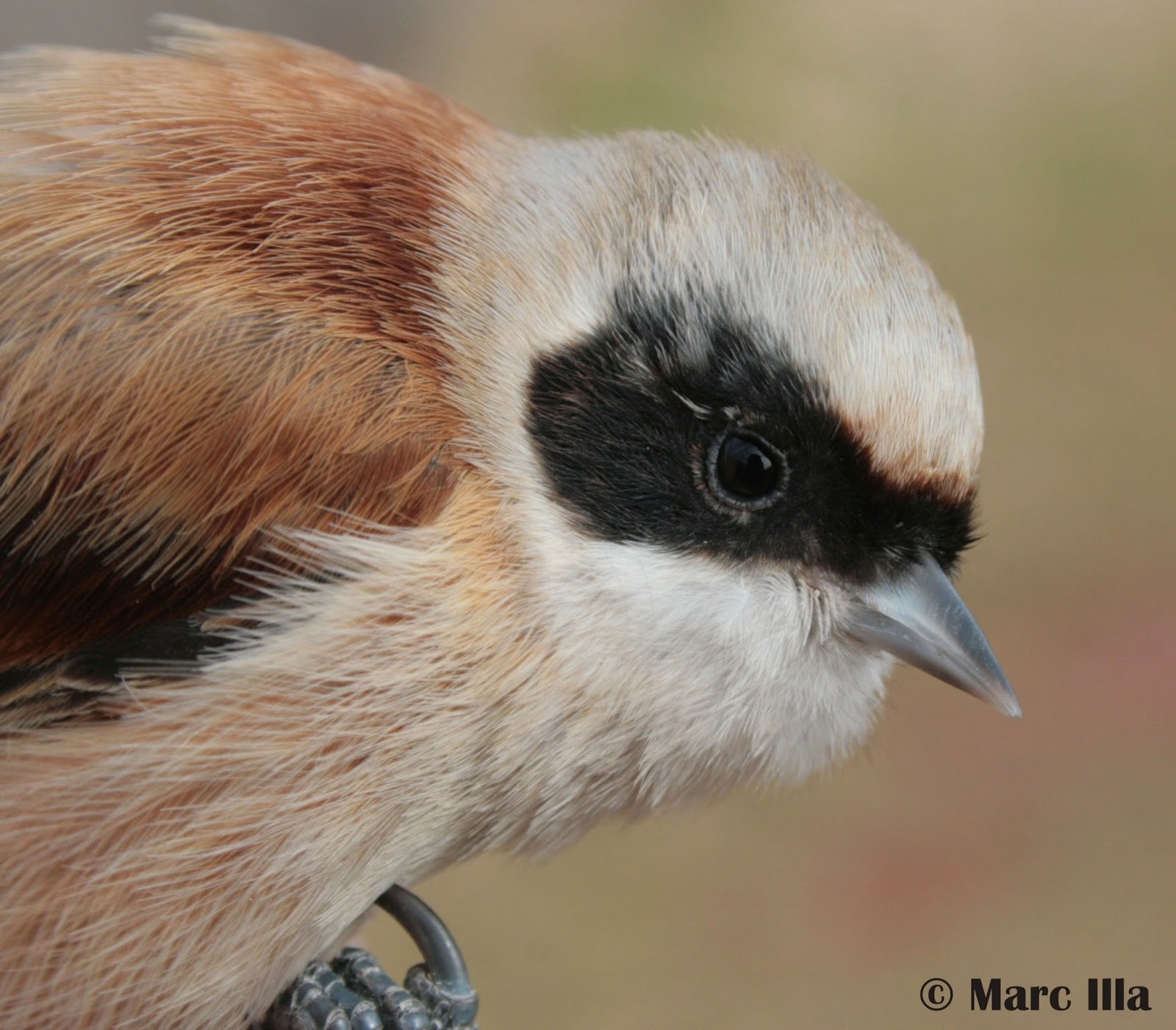