March is always a great month because of the first arrivals of many migrant species. Some, as Swallows and many waders, already appear on late February, but March is always better for them.

This situation, the beggining of migration, always produce me some sort of ecstasy that will persist until June. Migration is ON. You may know what I mean if you're birder too. That feeling that almost anything can be flying over you at any time...

I started the month in the Ebro Delta, with Josep, Marina and Xavi, looking for the Brown Shrike (Lanius cristatus) that has wintered there. A very nice bird that we wanted to see... you'll find more information about the finding and everything here. 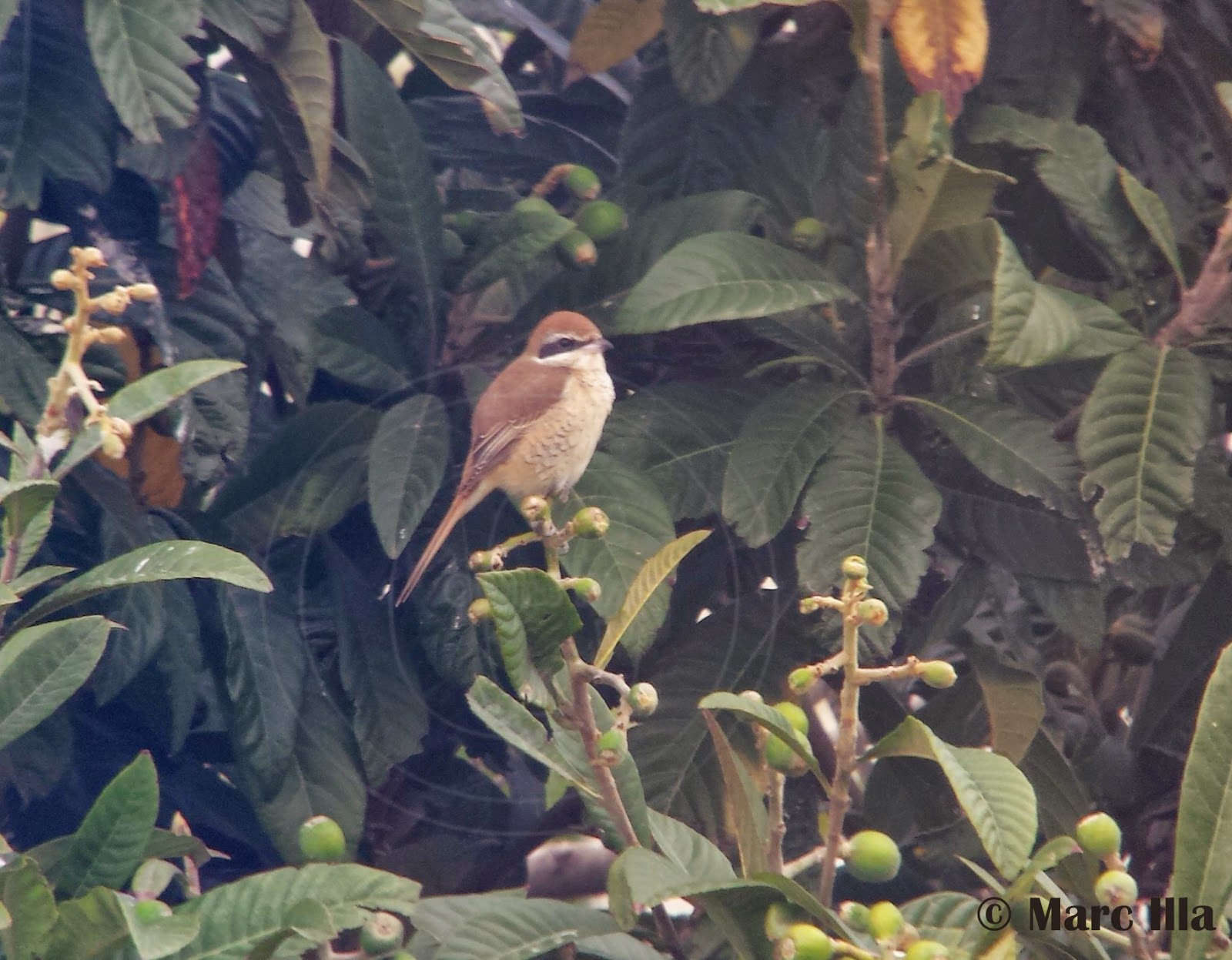 To be honest, the 'twitch' was nice, but the rest of the day, starting to feel this migration sensations I was talking about, was so much better. We ended up the day in the northen part of the Delta, seeing how almost a hundred Flamingos (Phoenicopterus roseus) were taking off and going away, migrating along the coast... 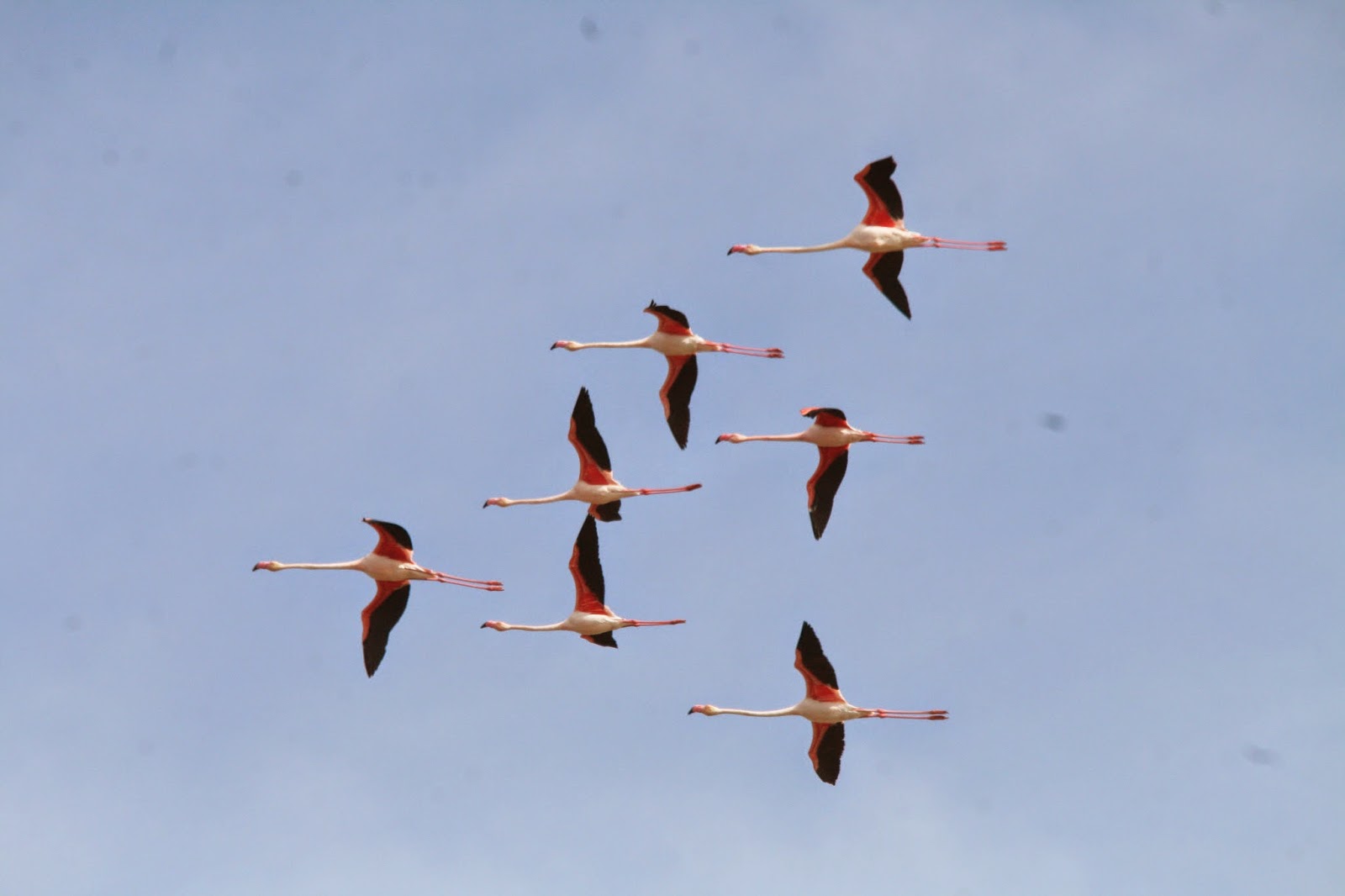 Also, the beach was full of Chiffchaffs (Phylloscopus collybita), and hundreds of White Wagtails (Motacilla alba) were around too...

Back to my area, inland, migration seems to not be as nice. Anyway, I've seen some nice species here too! The first one, this Jack Snipe (Lymnocryptes minimus) appeared in one of the typical places for them. It's quite a scarce but anual species here. 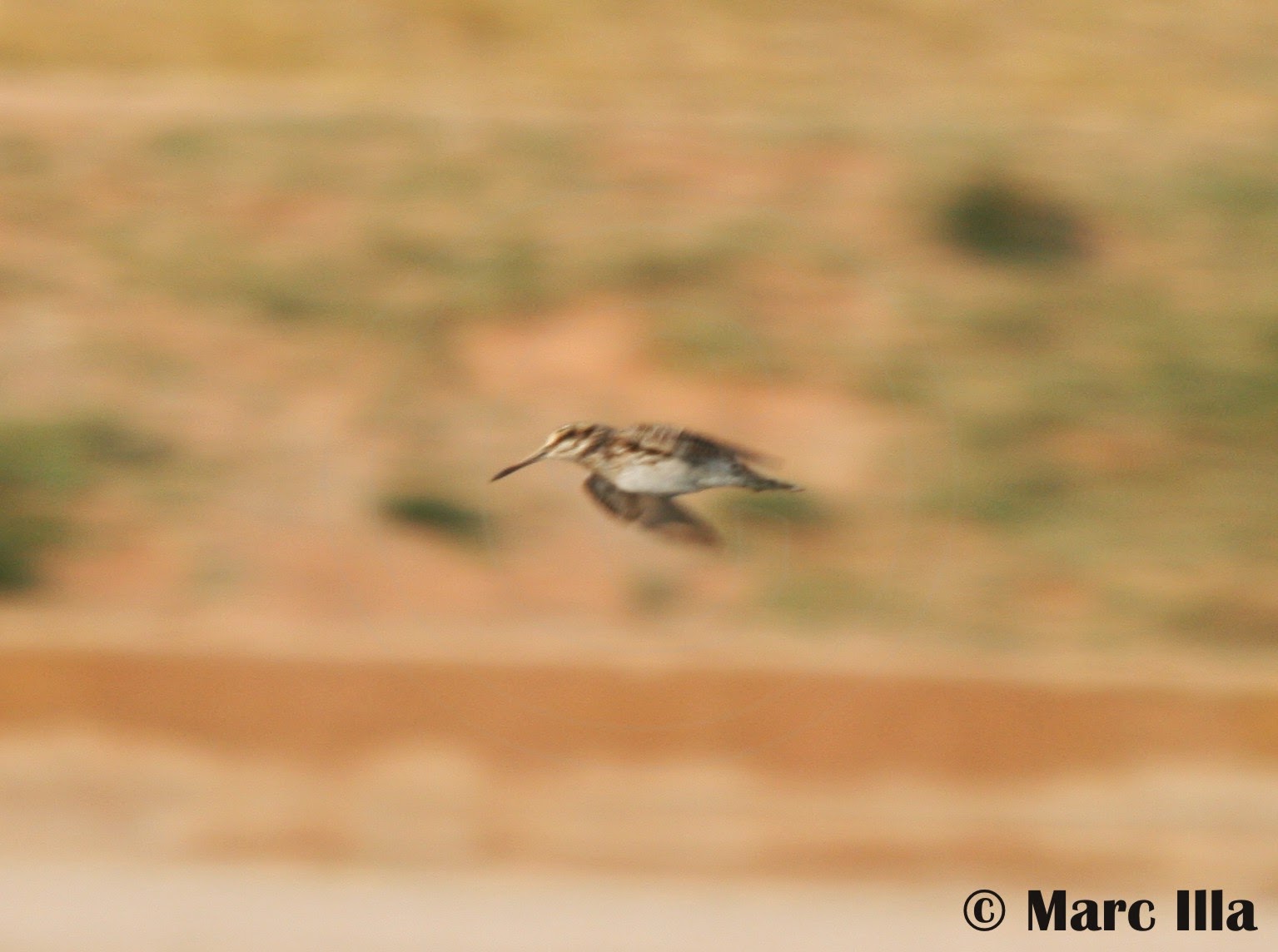 In the same place, days later, 13 Garganeys (Anas querquedula) spent one day to rest. It's a scarce migrant in this part of Catalonia, so more than 10 birds is always a very nice event! 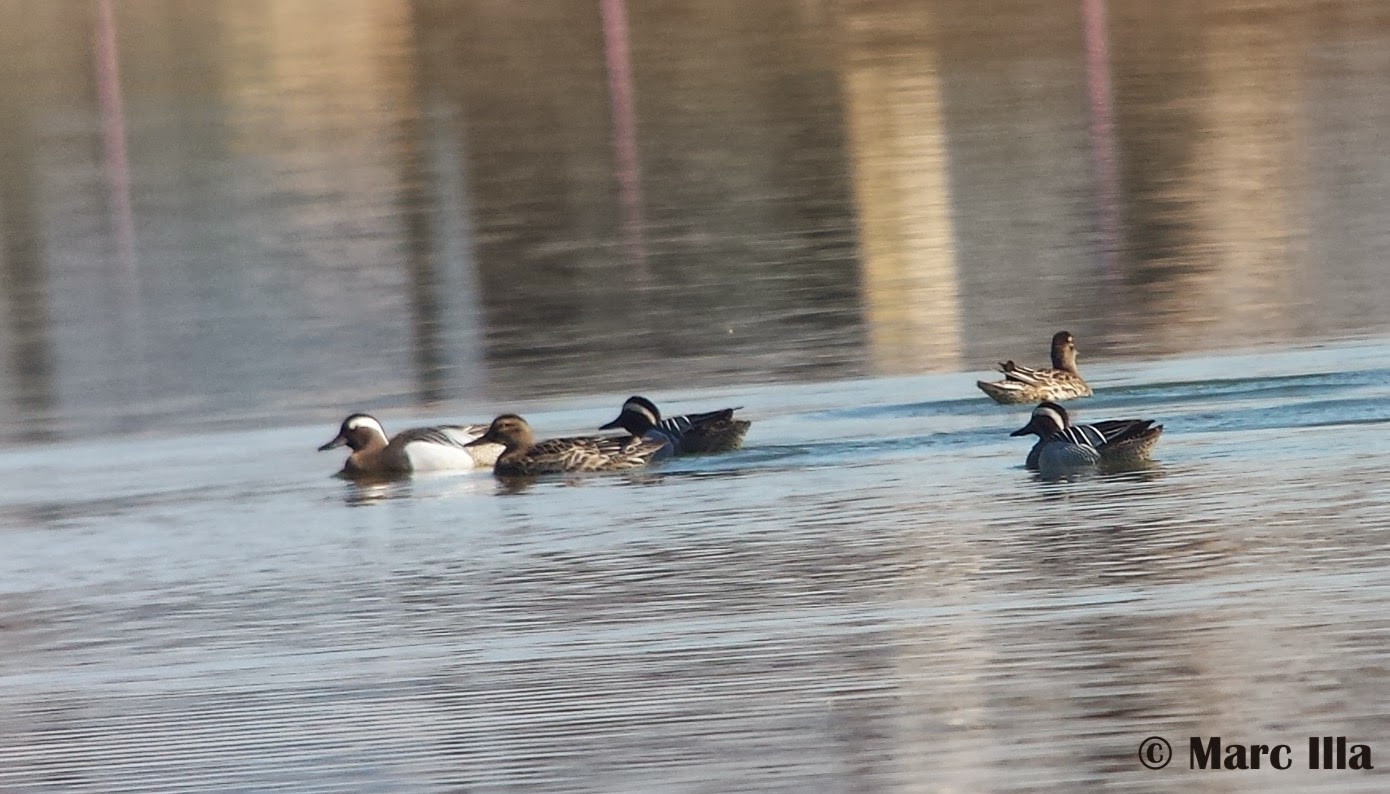 Ringing in my local patch, I trap the biggest numbers of Serins (Serinus serinus) and Great Tits (Parus major) during this month, because of they are actively displaying. 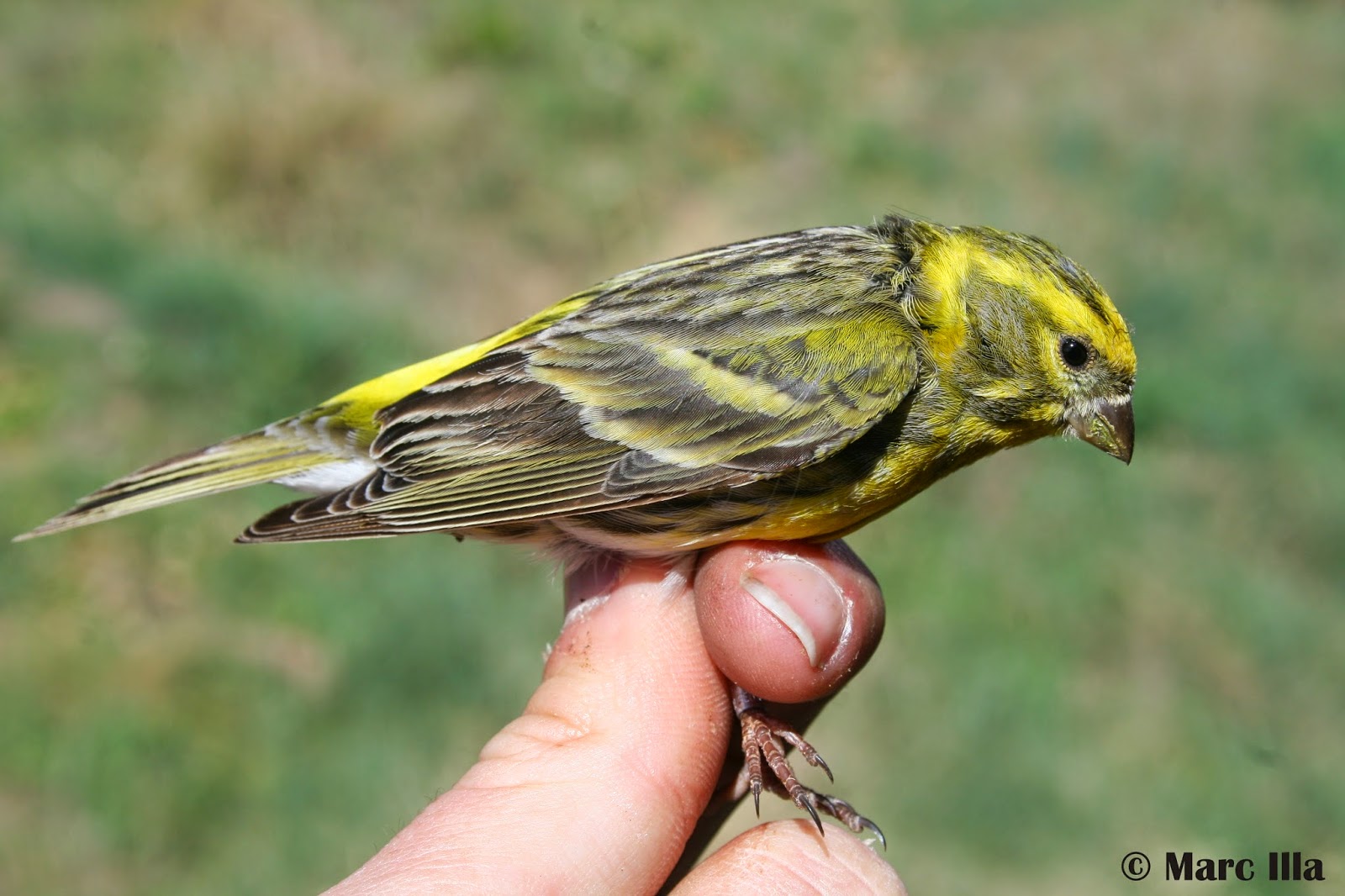 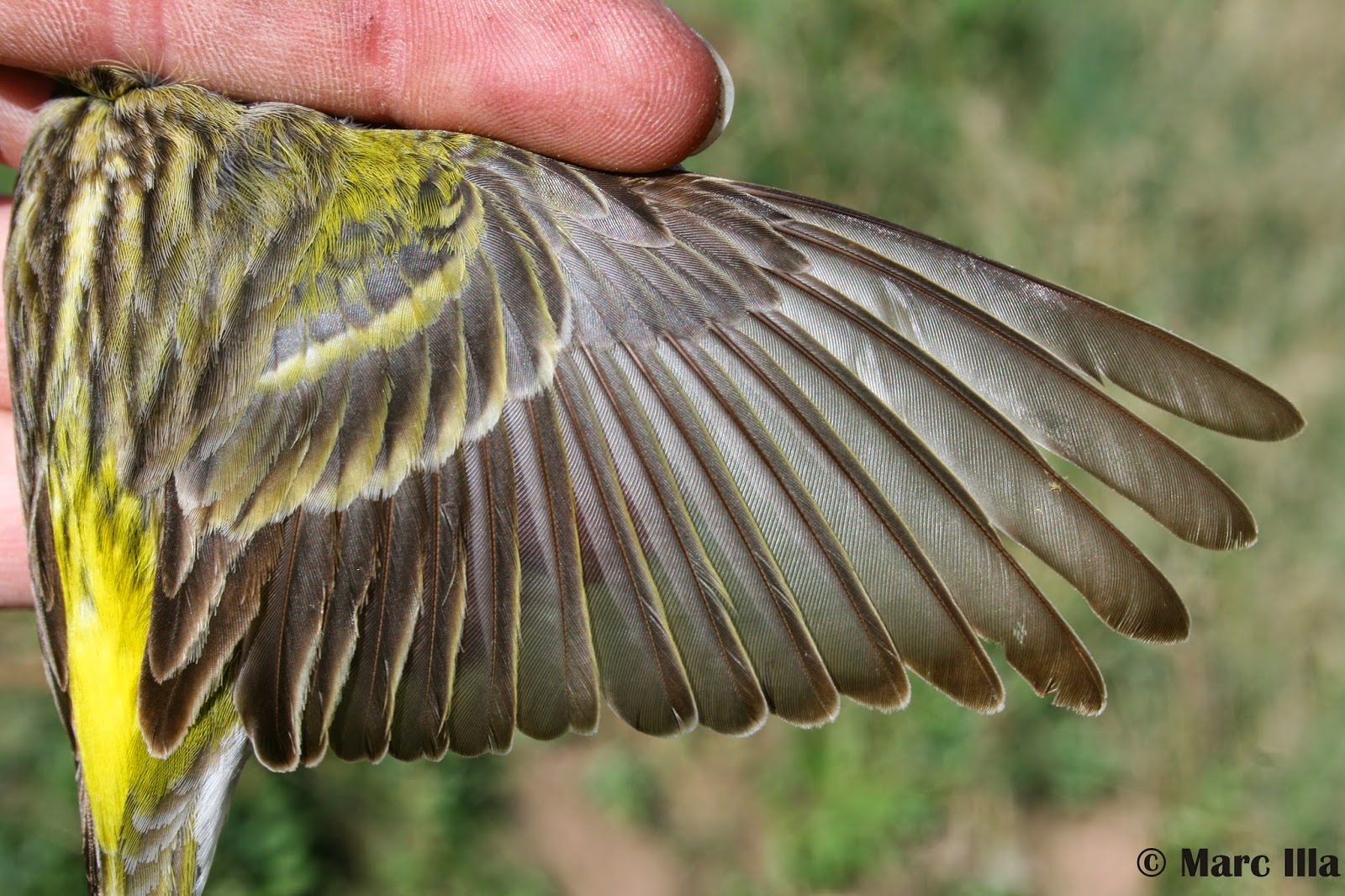 That day. the first Redstart (Phoenicurus phoenicurus) of the season, an adult male as it 'should' be, appeared. It's a quite confident bird, and it already has been one week here... 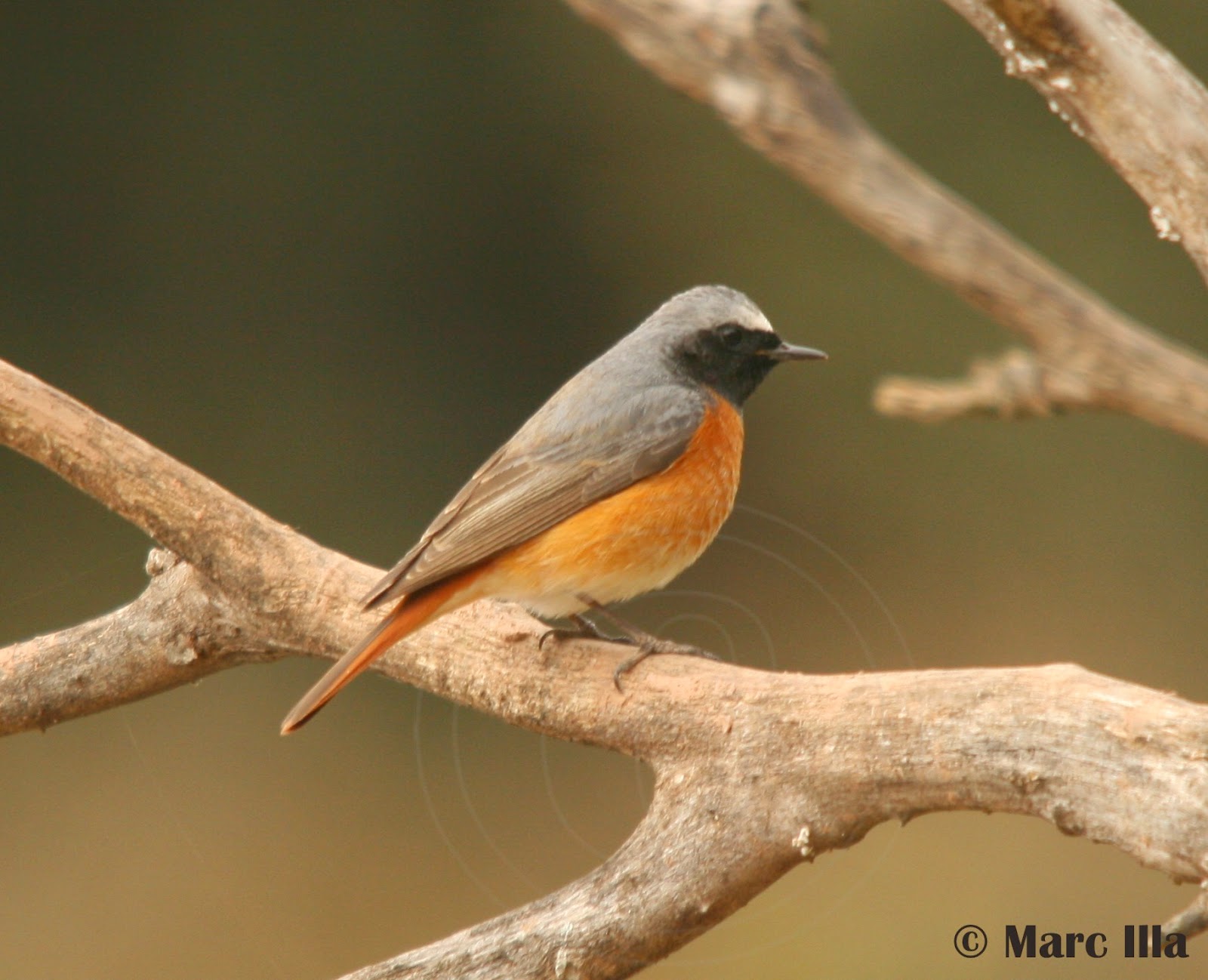 It was impossible to get that Redstart, but at least I trapped another one. You'll see the other was an adult, and this one was a second-year. 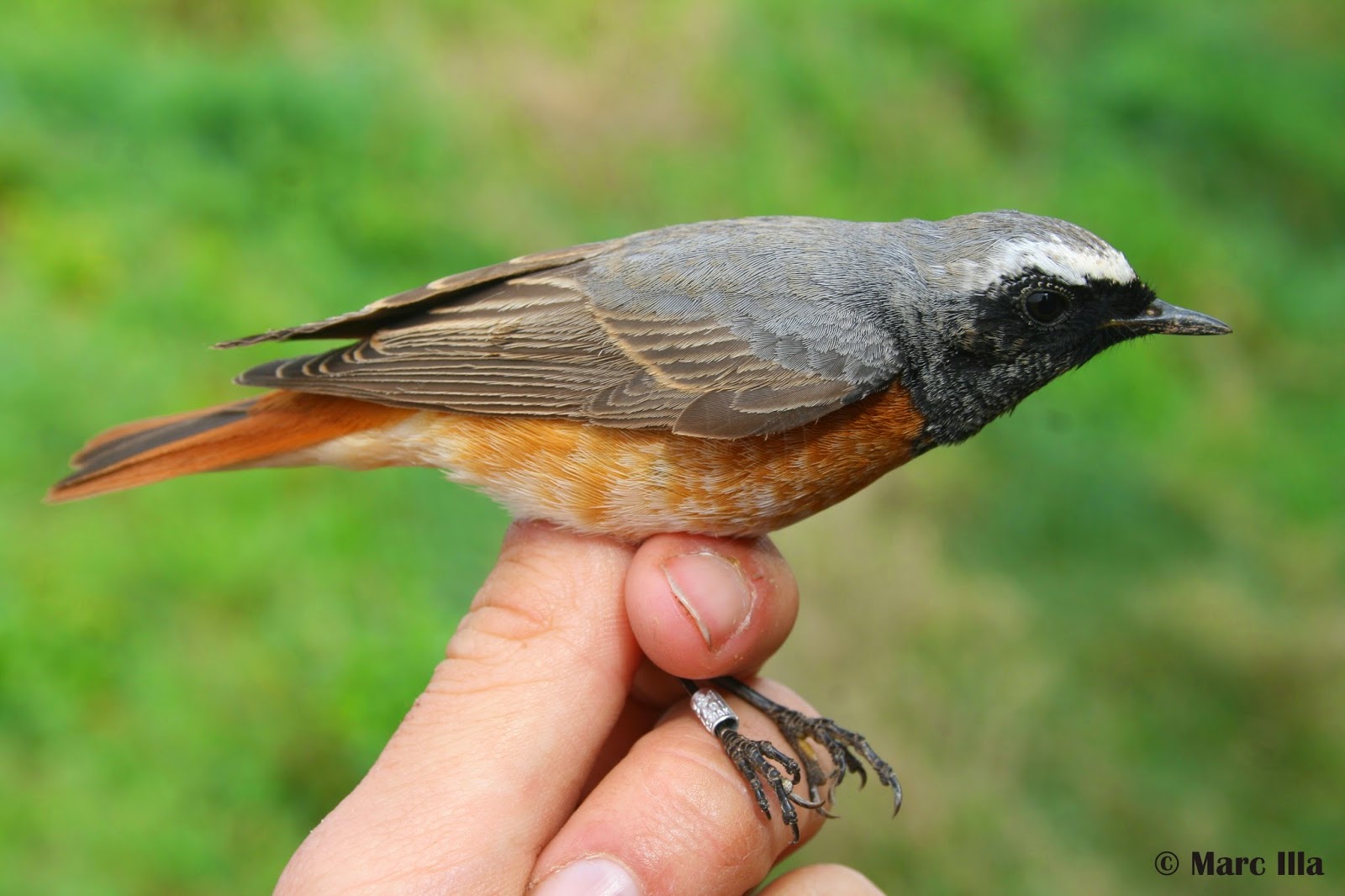 I got my first Willow warbler (Phylloscopus trochilus) for the season, too! 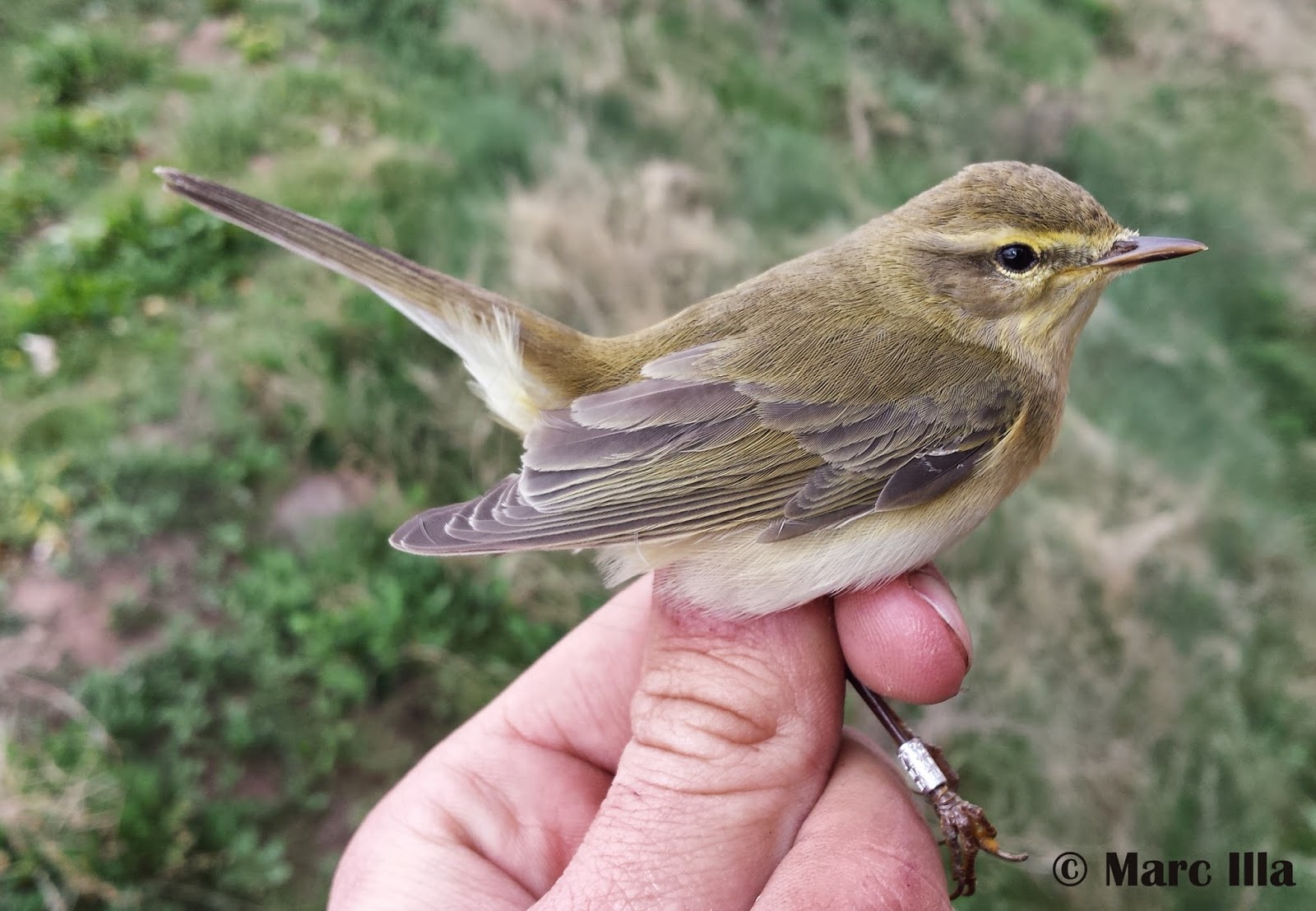 As I was saying, while I was taking photos of the Redstart the first day, the thing I probably like the most about migration is the unpredictability. So, suddenly, a flock of 93 Cranes (Grus grus) -quite scarce here, too- were flying over me. Followed by my first Egyptian Vulture (Neophron percnopterus) and Booted Eagle (Aquila pennata)... 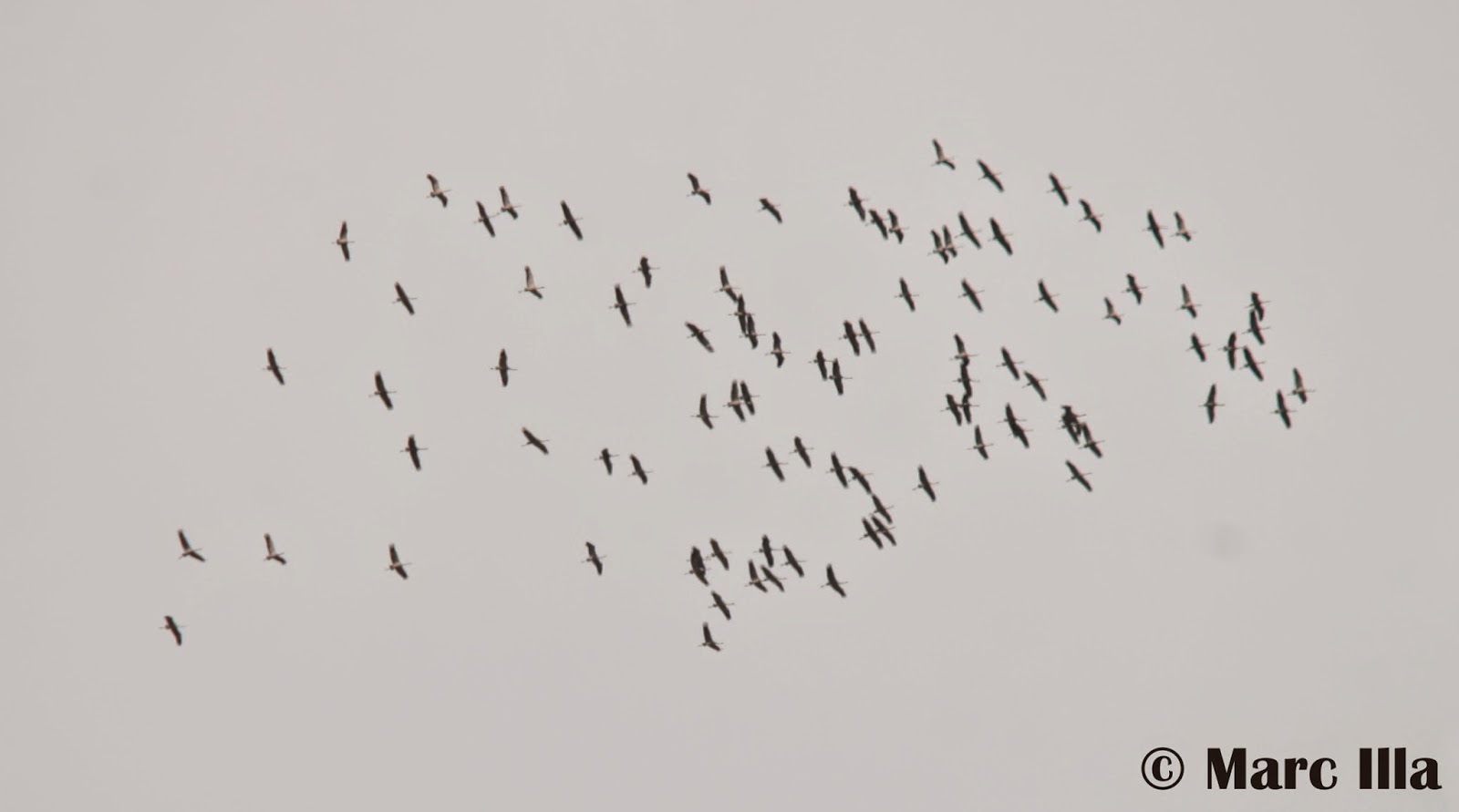 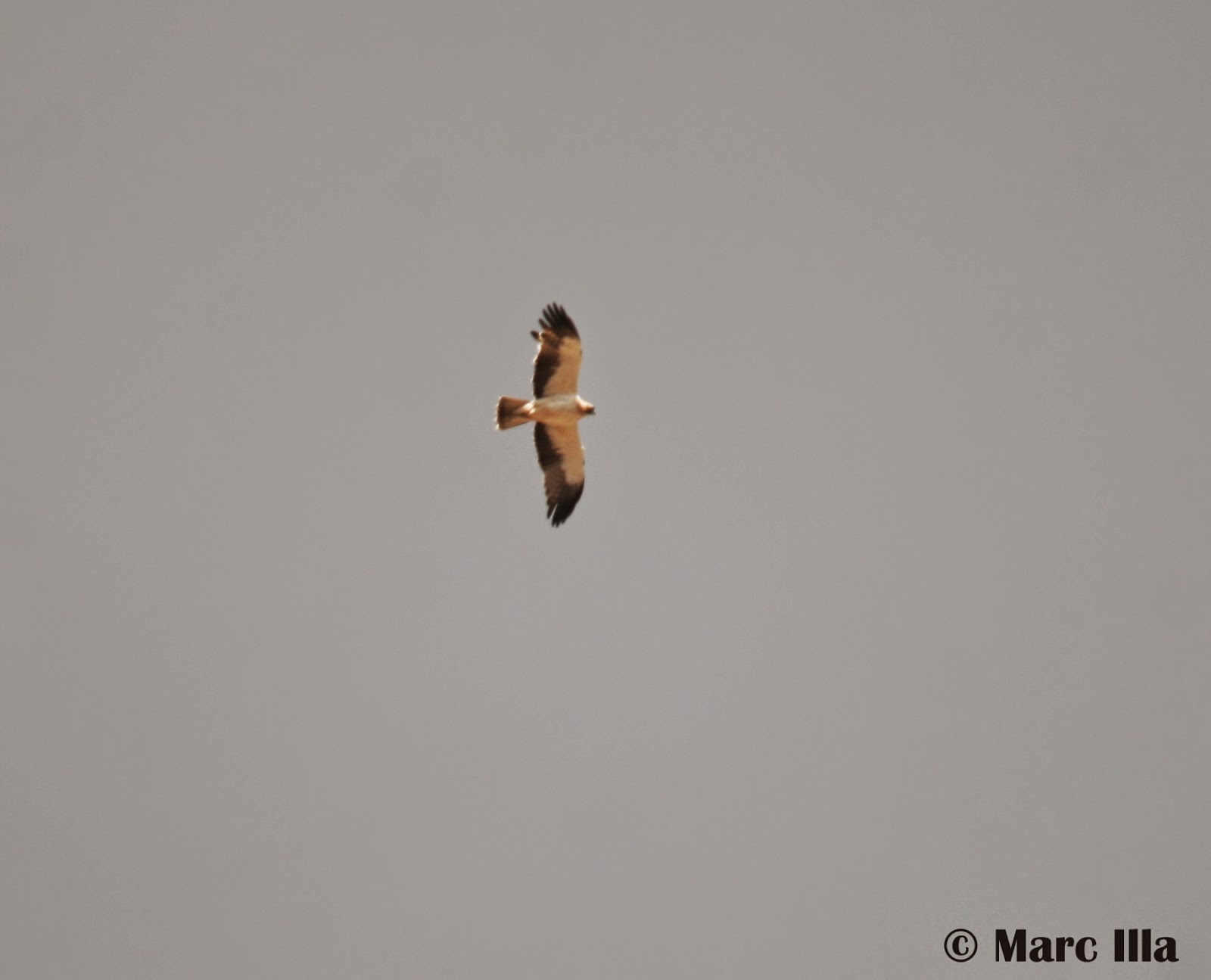 Short-toed Eagles (Circaetus gallicus) is probably the commonest raptor in my area during this month. I don't live in a very nice place for raptors, so 30 Circaetus in one morning was the best number I got so far.
Better things were still waiting to come. 2 Shelducks (Tadorna tadorna) stopped in the same place were we saw the querquedulas days ago. This is an actual rarity in this area, being only the fourth record ever (1 bird in 1978, 2 together in 1979, 1 in 2013). 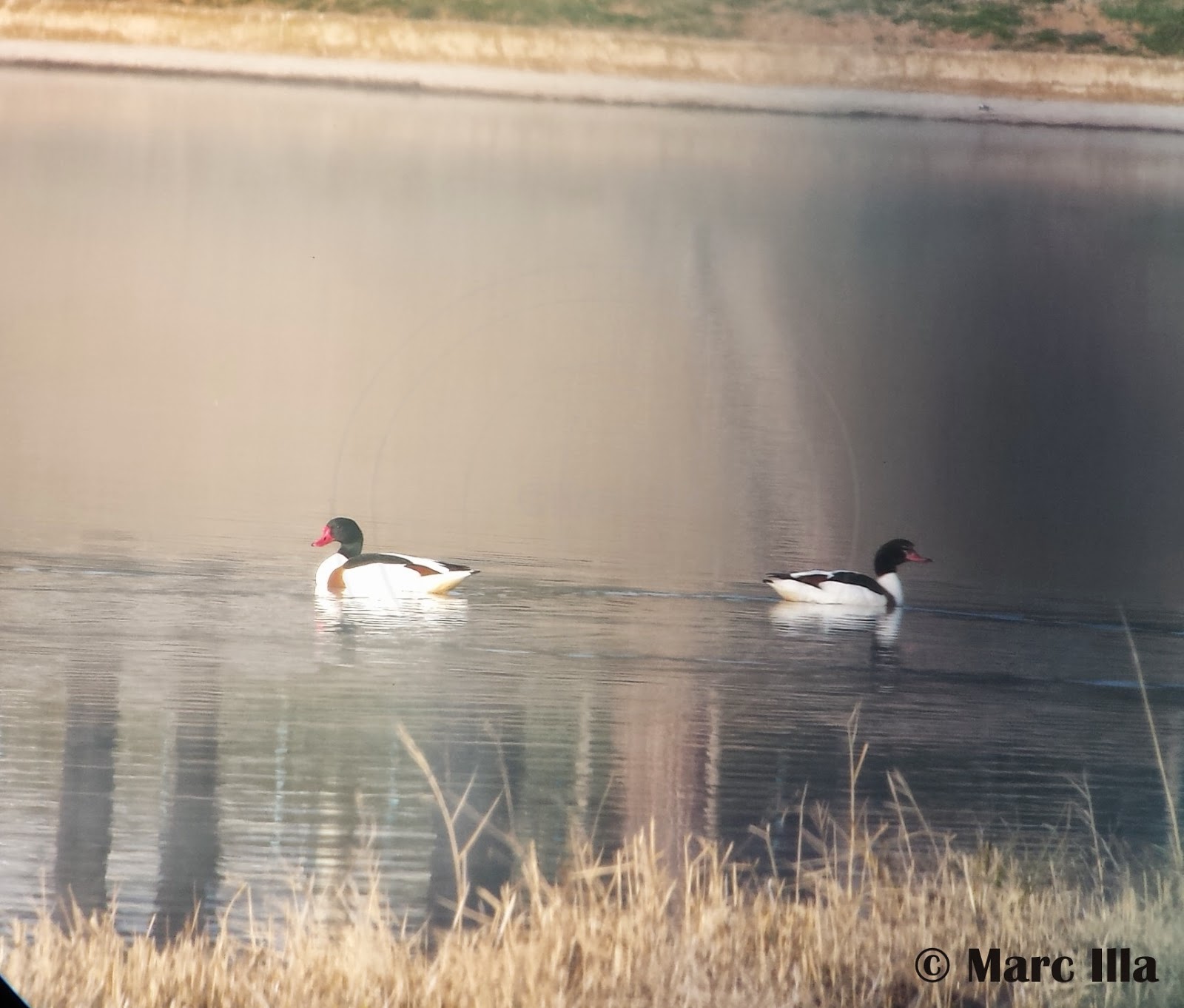 As last year, I started a 'weekend ringing campaign' in l'Aiguamoll de la Sala. where I trapped some nice birds.
Bluethroat (Luscinia svecica) was one of the first birds I got in the first day: 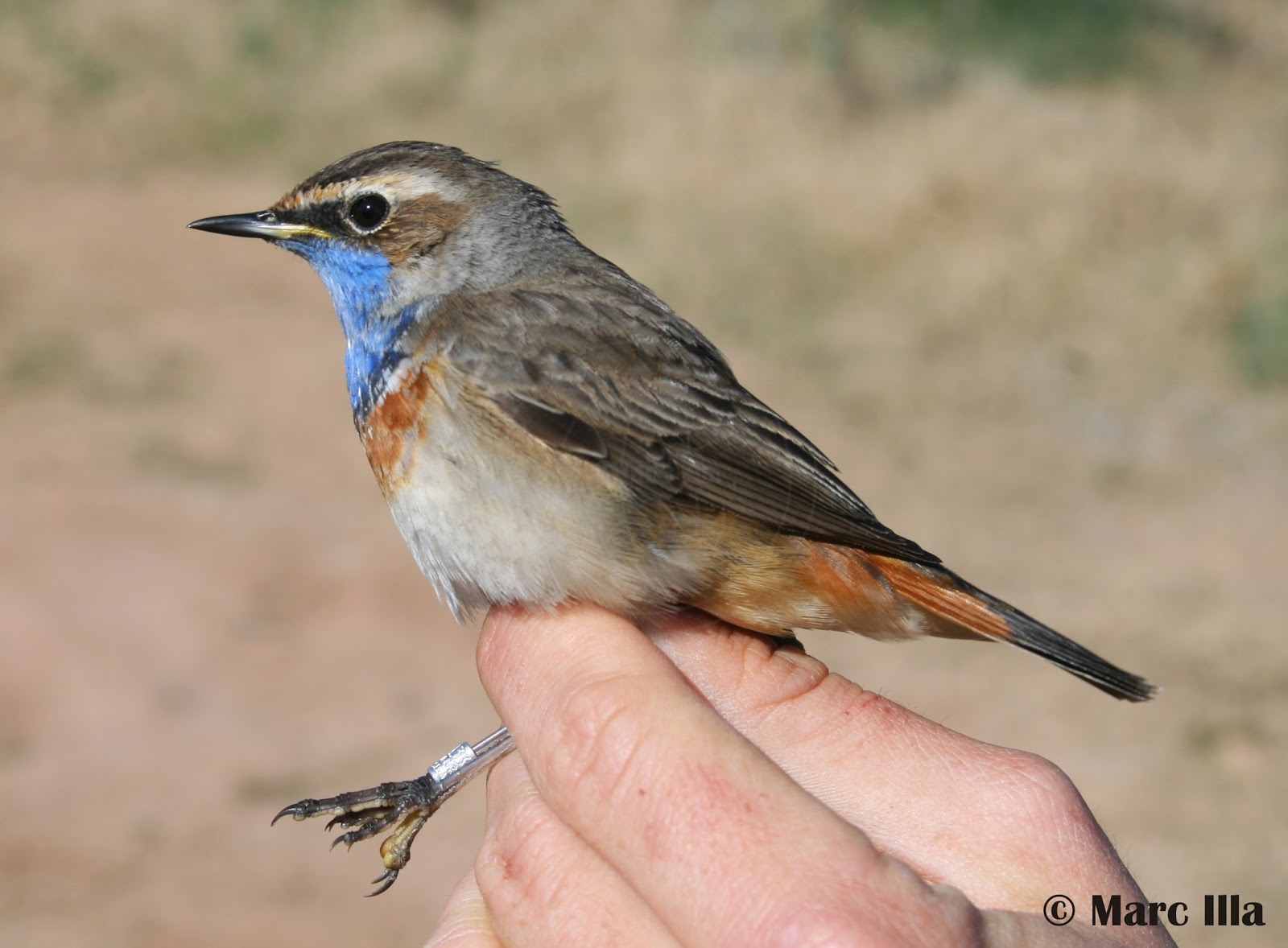 Numbers of Chiffchaffs and Blackcaps (Sylvia atricapilla) were a bit low, but I trapped two very nice birds. Actually, I had never (!) handled any of both species, so... 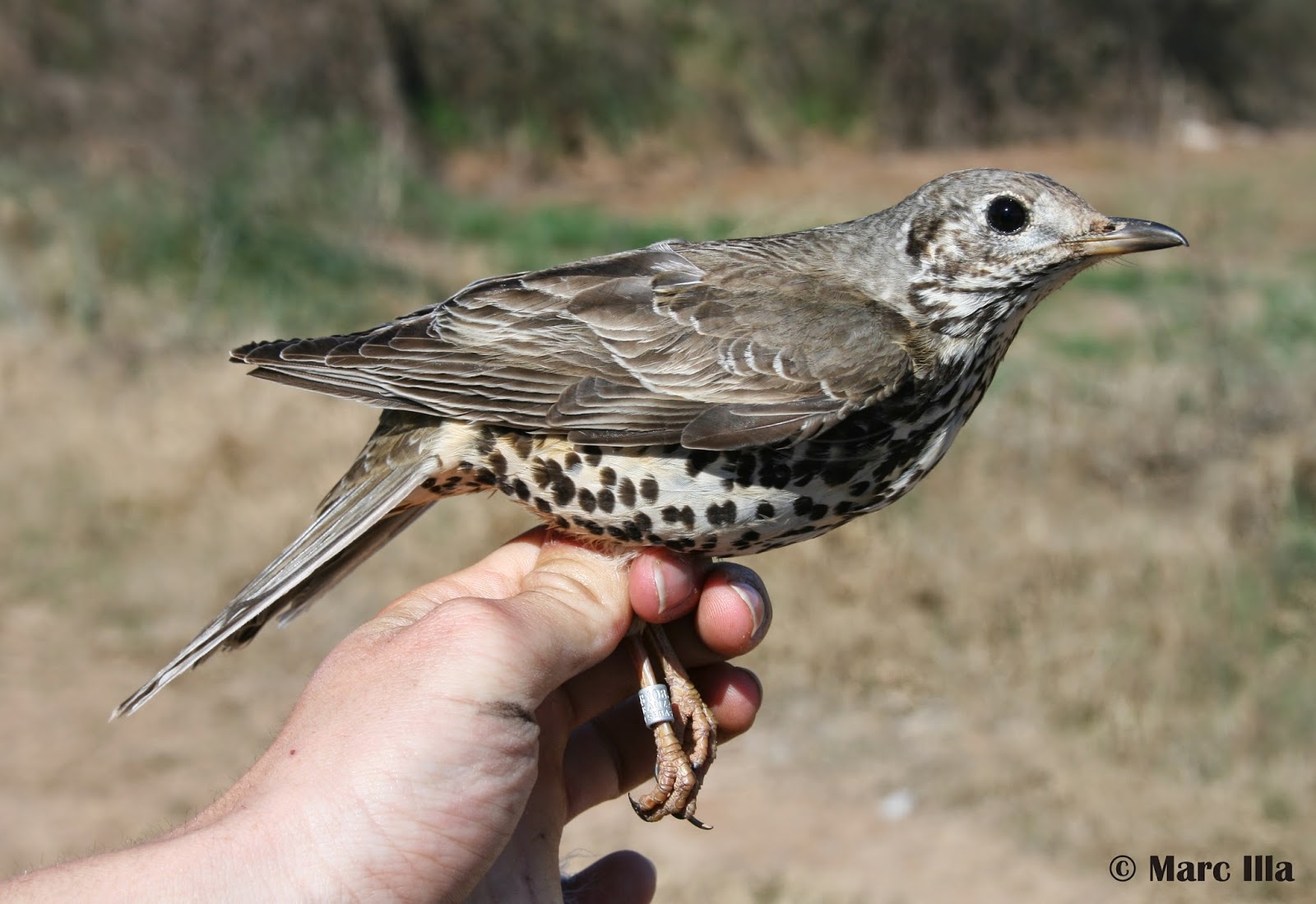 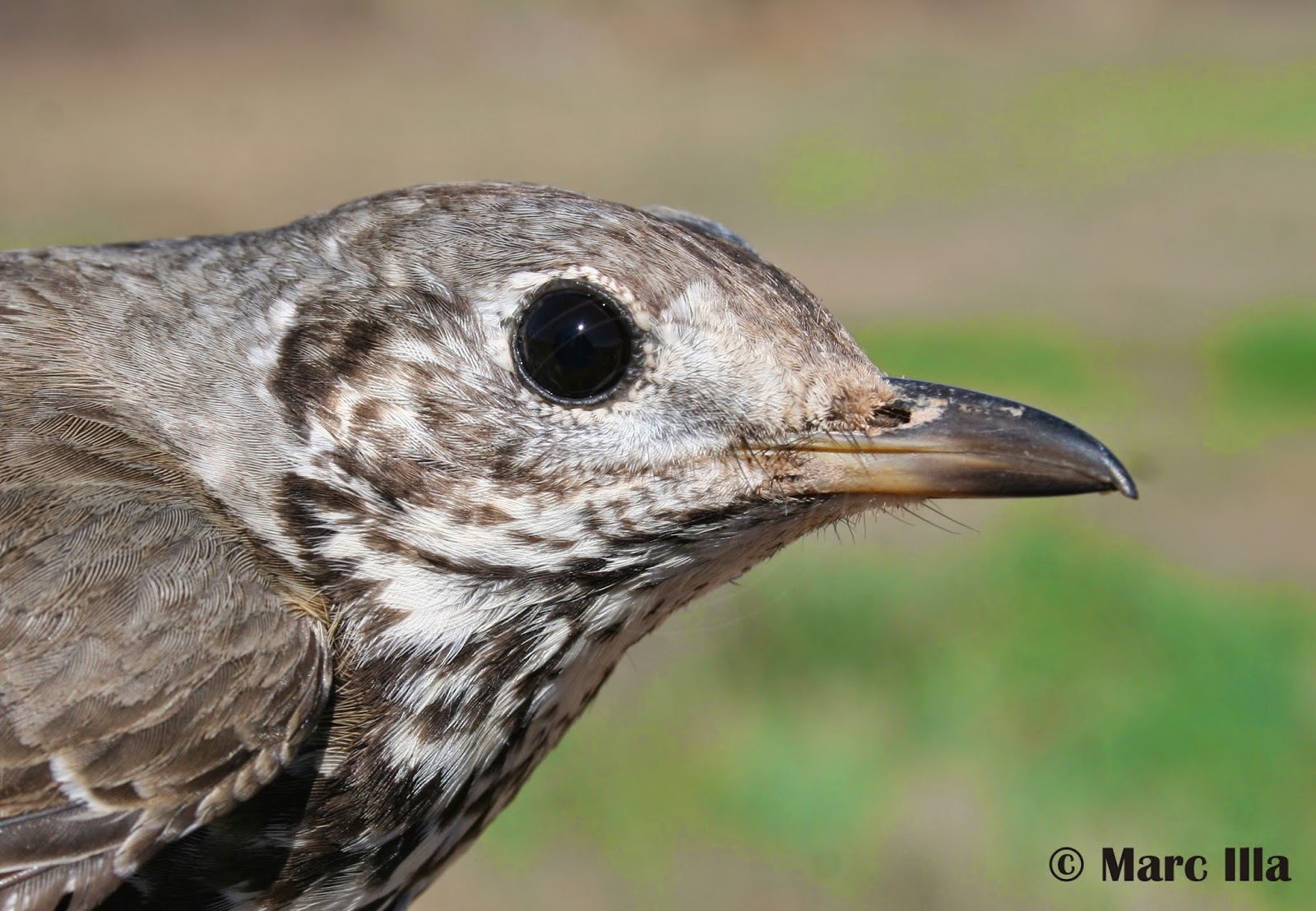 This Mistle Thrush (Turdus viscivorus) is an adult. There's no moult limit in the wing, and GC's pattern, with the buffish outer fringes, and the reduced spot on the tip are also good for adult. 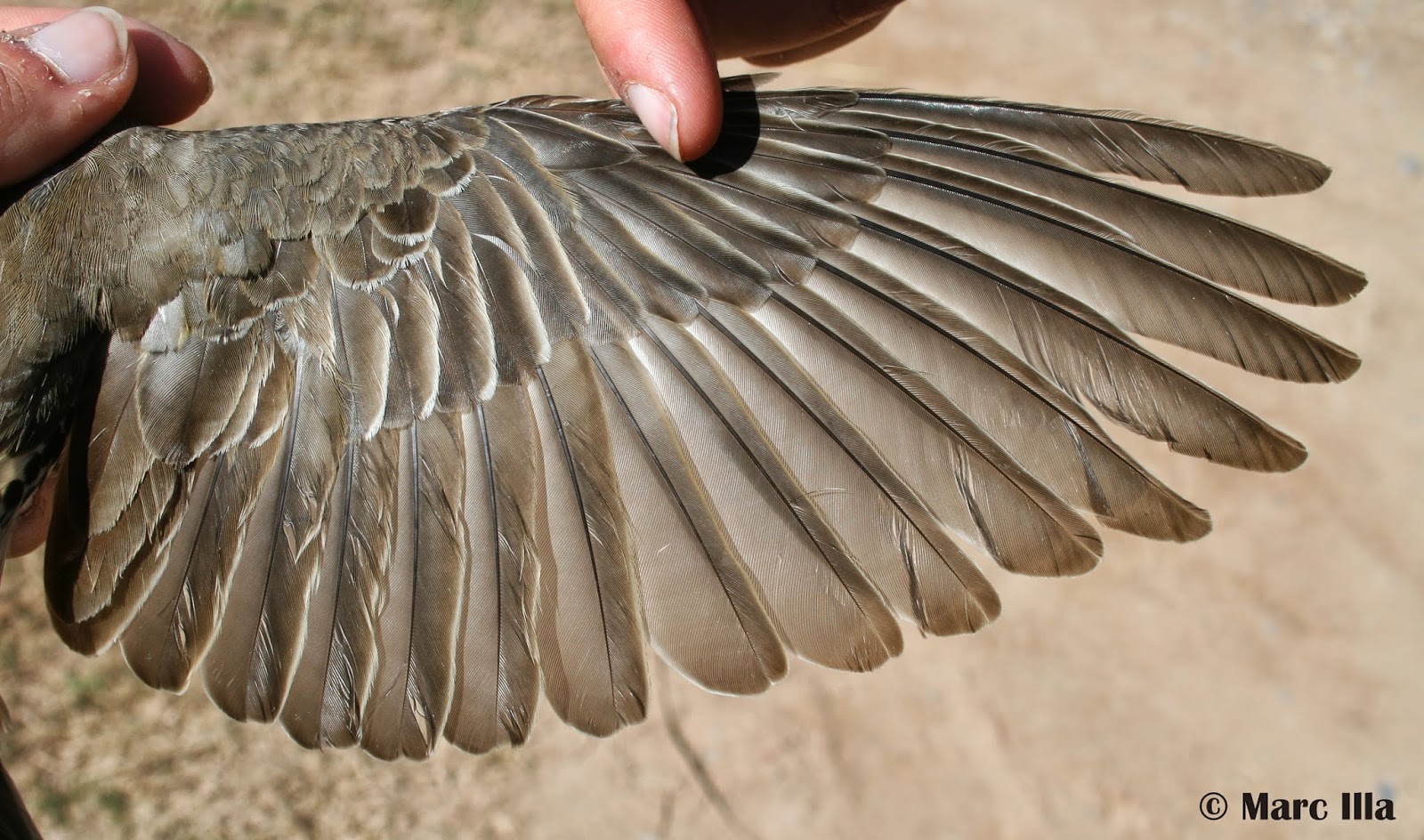 If somebody had told me I would trap my first Crag Martin (Ptyonoprogne rupestris) in a reedbed, I think I wouldn't believe it, A small flock (about 20 birds), together with Barn Swallows (Hirundo rustica), came into the pool to drink some water. They were flying so low, almost touching the upper part of the nets... and this one finally was trapped in! 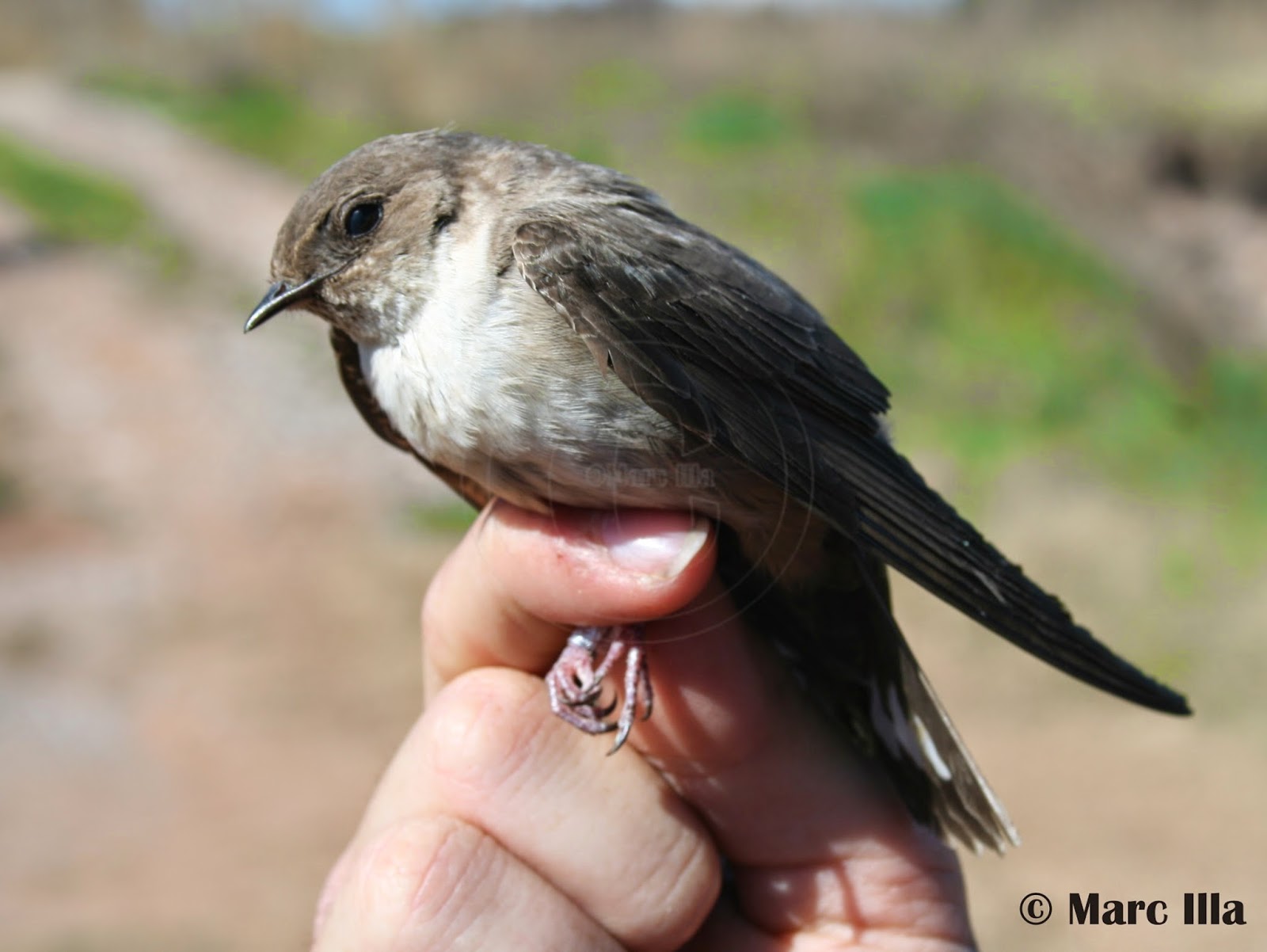 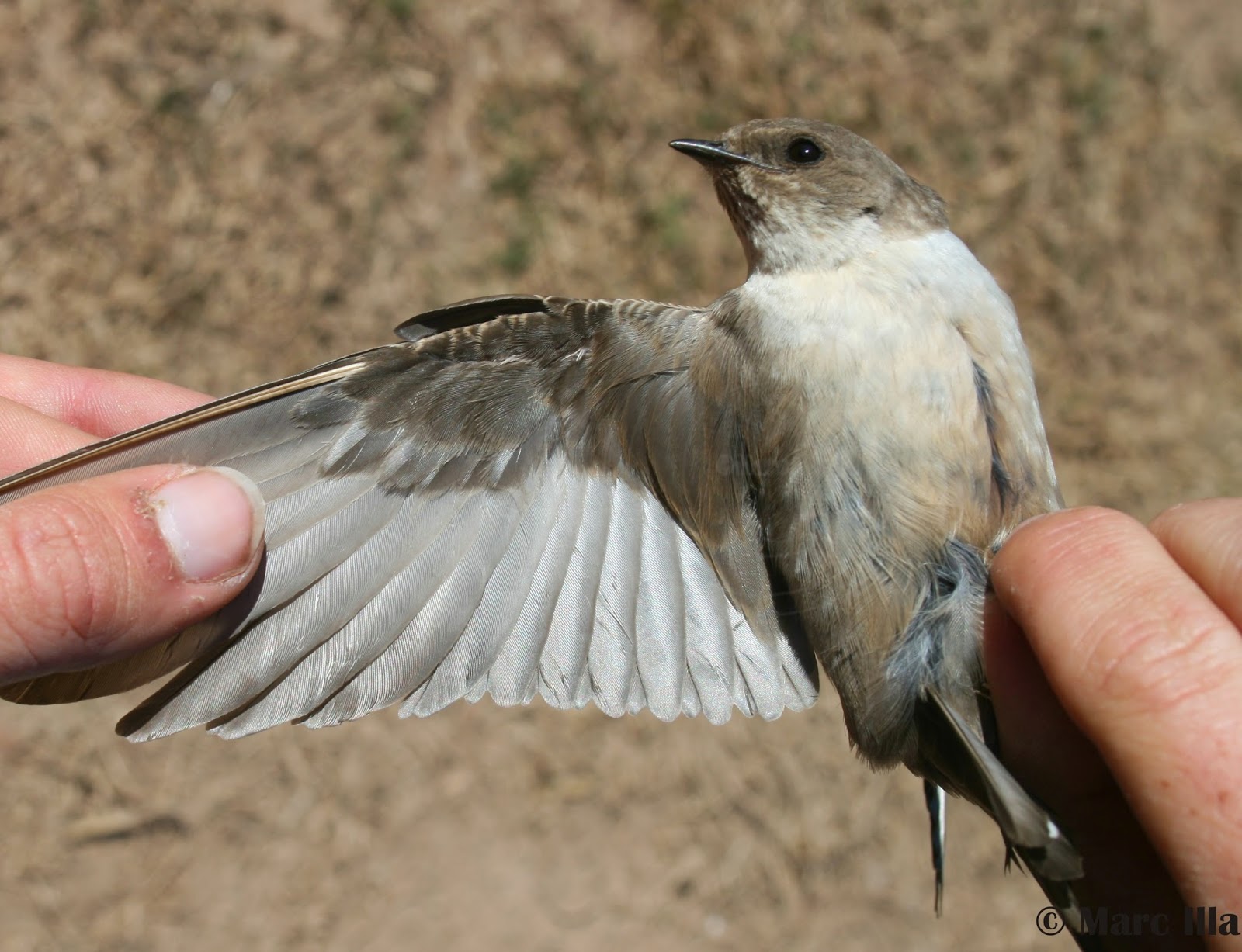 In Catalan we say la primavera la sang altera, which is something like "spring alters the blood". As I was saying before with the Serins and Great Tits, this male Lesser Spotted Woodpecker (Dendrocopos minor) was also quite agitated, and decided to jump into one of the nets! 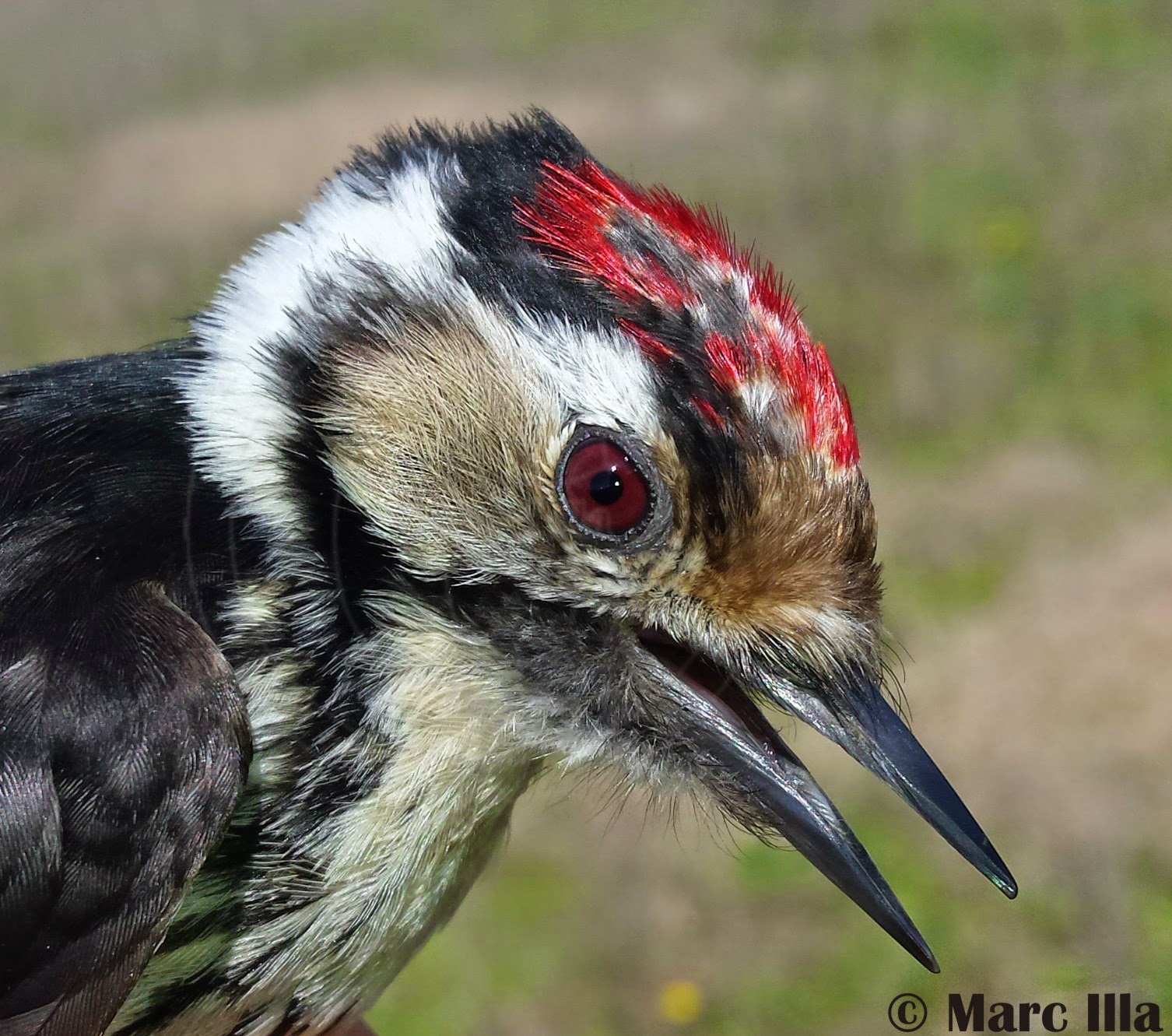 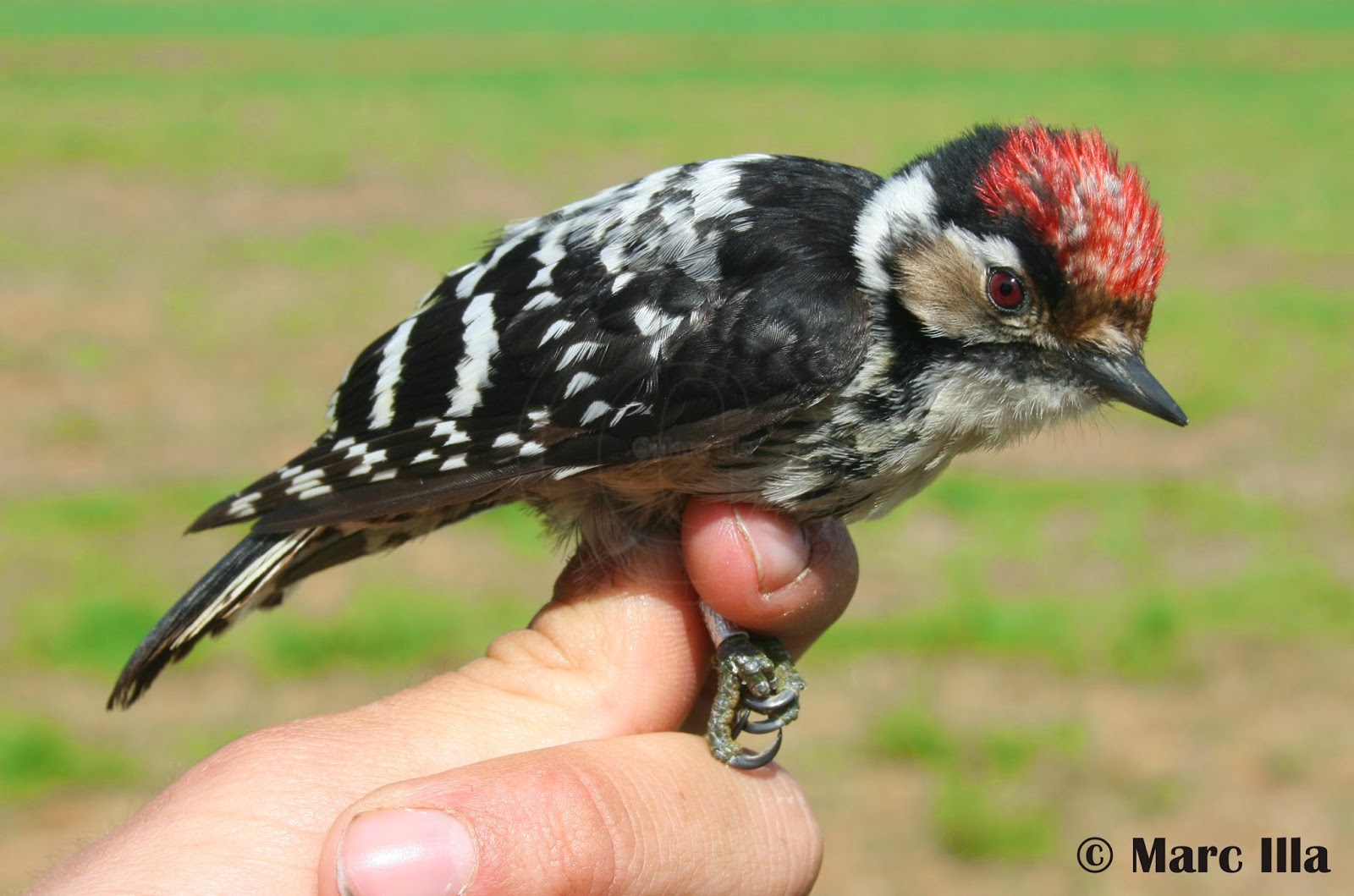 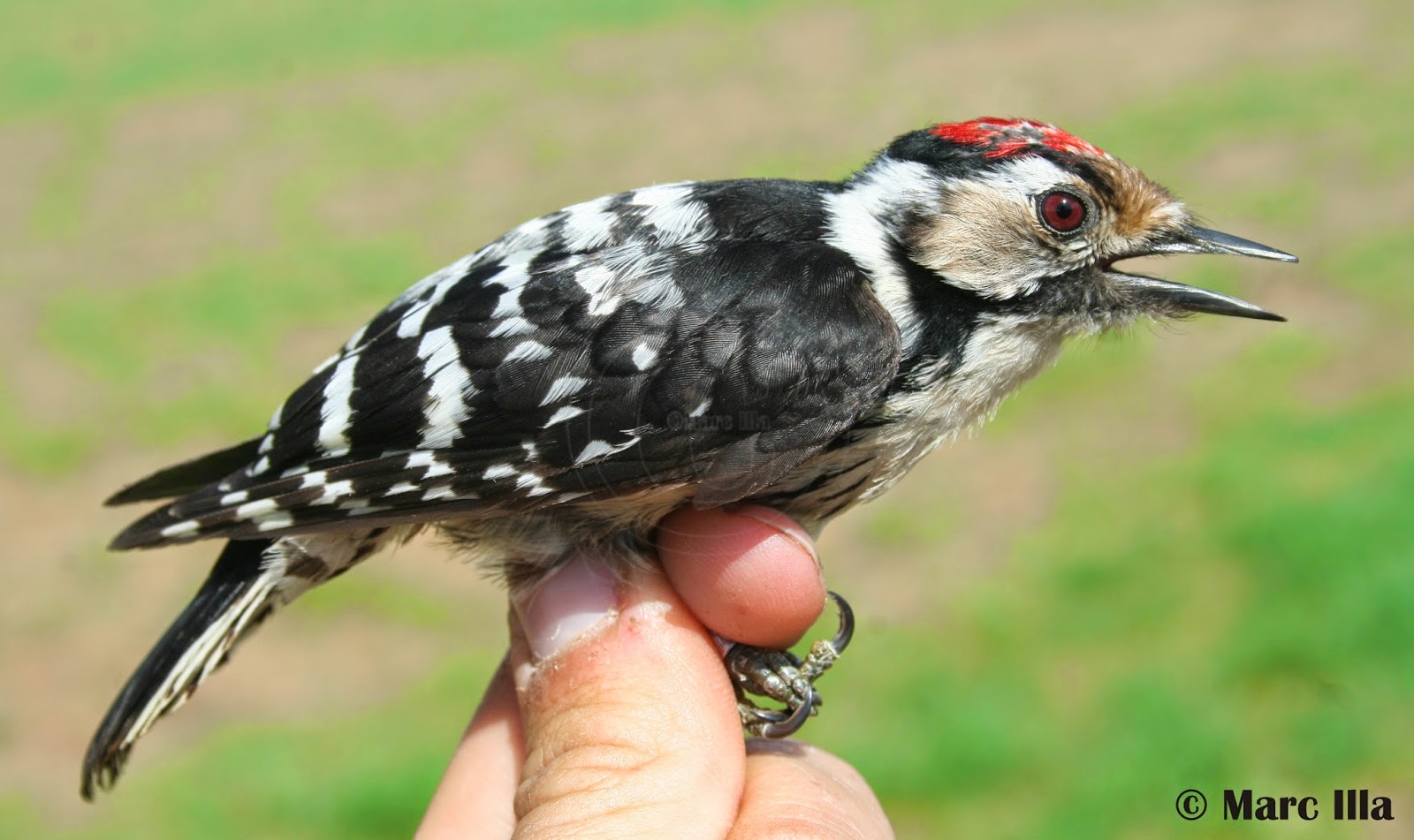