I am still quite busy with many things, which gives me almost no time to write. Last weekend I had a very nice and diverse captures.

Friday evening (yeah, let's consider it the start of the weekend already!), I did another session in the Reed Bunting (Emberiza schoenilcus) roosting. This year is clearly not as good as last season was in the whole area. Also, the proportion of adults seems to be unusually higher than previous seasons in this place and than I would expect. That might be consequence of the very bad breeding season, fact that we already noticed this summer in Falsterbo. 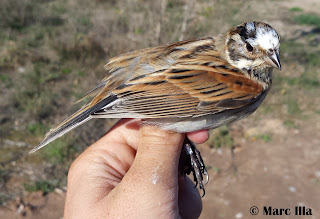 During Saturday morning we did a new session in the Siskin (Spinus spinus) feeder. Results were, as it is becoming usual, more than great. This year, with two sessions done, we have already ringed more than 100 Siskins and retrapped about 20 individuals from last year. It was also remarkable the recovery of this first-year male from Lithuania! 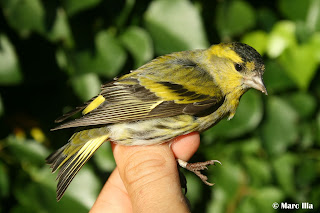 Again, as I said about the Reed Buntings, the proportion of adults is unusually high! Probably for the same reason. Nonetheless, it is a very good year for Siskins in Catalunya!

I spent the afternoon in Montserrat mountain, for sure one of the most beautiful places in our country. In this singular mountain in the pre-litoral mountain chain, Alpine Accentors (Prunella collaris) are common wintering species, as well as Wallcreepers (Tichodroma muraria). Last year I started trapping Alpine Accentors in the highest tip, Sant Jeroni, where a tame flock is easy to spot during the whole winter. 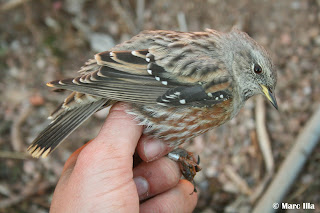 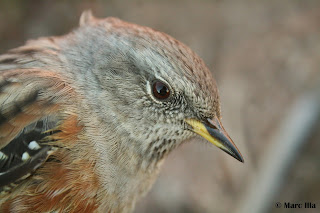 On Sunday, and together with some of my very best friends, we went to La Fumera and we put some nets around the house, as we have been doing for 3 years. As always, some nice birds were trapped: 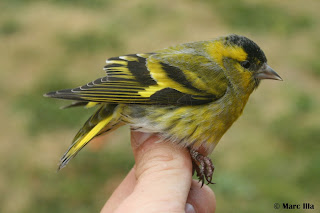 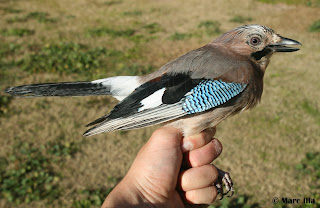 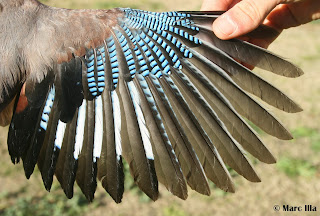 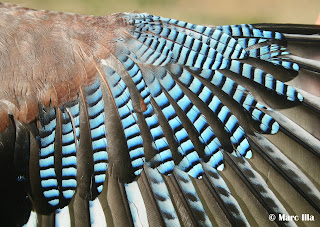 In three years of ringing in this place we already start to have some nice retraps. This Robin (Erithacus rubecula) was trapped two years ago, last year, and last weekend again. 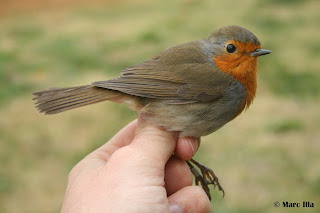 Controls might be quite interesting in terms of ageing and sexing, cause then is when you can actually check things, as you have "age-proven" birds. We got 3 control Long-tailed Tits (Aegithalos caudatus), two from 2013 and one from 2014. 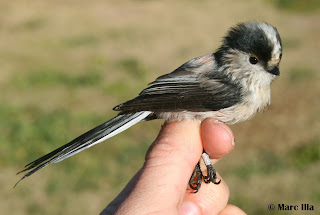