We are more than one thousand birds below the average. Last days in Flommen we have trapped an average of 20 birds / day, basically Reed and Sedge Warblers, as ever. We are happy with every moult limit we can spot when we are very lucky and we trap any Whinchats or Whitethroats...


We have realized that 'the problem' is the low numbers of Reed and Sedge that we are trapping, but we don't know what could be the reason. The other day we saw and trapped some baby Reed Warblers, maybe a second brood, and a bit of expectation of a new wave of migrant warblers...
Now the sky and the sea are also quiet, with only a few migrants passing by. An adult male Pallid Harrier (Circus macrourus) and a Red-necked Grebe (Podiceps grisegena) had been the most interesting sightings from the Flommen hut.

Fortunately, the wader cages are working well and we had some exciting birds to survive. We trapped the second Spotted Crake (Porzana porzana), and also the second Water Rail (Rallus aquaticus) for the season, both juveniles. 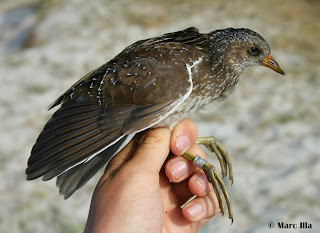 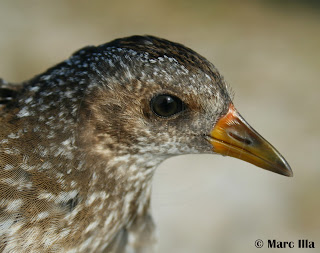 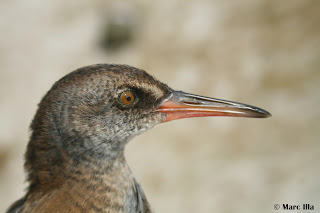 These 3 Northern Wheatears (Oenanthe oenanthe) were also trapped in cages. Two of them were together in the same compartment! 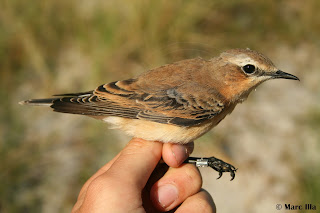 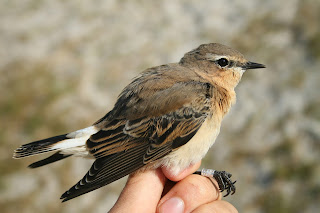 Probably the best bird was this adult Common Snipe (Gallinago gallinago). The night before we had been targeting them but we didn't catch anyone... 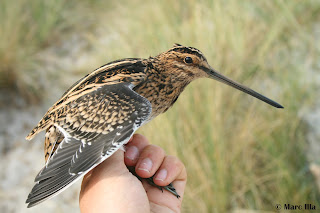 The second Sparrowhawk (Accipiter nisus) for the season was trapped also in extra ringing, in the 'Sparrowhawk's net'. 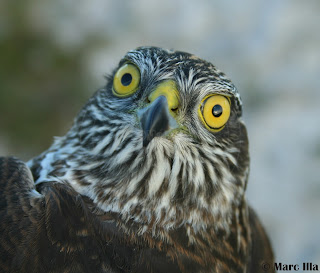 As we needed some extra excitement, we (the Flommen crew) went with Jonas Ekwall to Lilla Hammars nås, outside the Falsterbo peninsula.
The place is really good for birding. Some days ago, an adult Buff-breasted Sandpiper (Tryngites subruficollis) was found here, and we managed to see it. 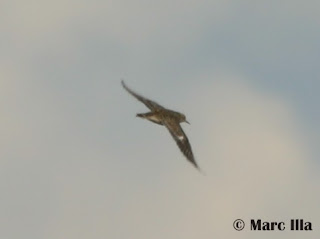 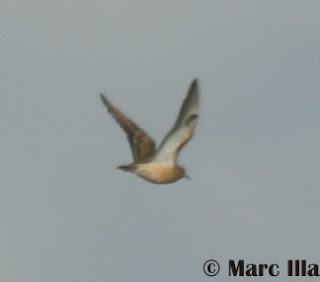 Walking back to the car, we flushed some Common Snipes, and between them, two unexpected Great Snipes (Gallinago media) that Marcel found very quickly. Then, as we had been quite lucky, we went to a close area full of bushes to look for some passerines. It was a really good place and we saw the typical stuff (willow, whinchat, whitethroat...), and also we 'twitched' this male Black Darter (Sympetrum danae). 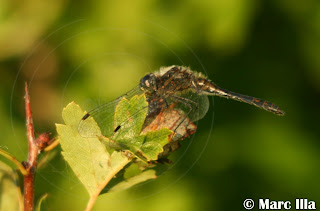 That afternoon was really good actually, but in the following morning we came back to the routine. The lack of interesting stuff makes us do things like pursue and grab some Mallards (Anas platyrhynchos) during the night... And yeah, also shitty Coots (Fulica atra), that are probably more stinky. 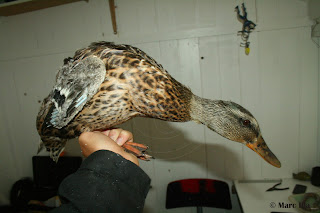 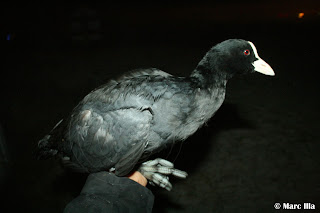 However, I have to say that they are quite funny and that I like them. :D 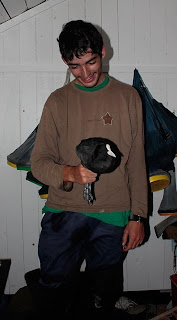