Last 17th November, a first-year Greater Spotted Eagle (Aquila clanga) was found in Pals, in NE Catalonia, by Gerard Dalmau and Miguel Ángel Fuentes. I remember that day quite rainy, and I thought that eagle would fly south during the following days... For many years, a satellite radio-tracked individual from Estonia has crossed Catalonia beucause he has been overwintering in Alacant, many kilometres south of Catalonia (more information here).

Nonetheless, the bird stayed many days where it was found, and then it started to move around the Catalan coast, reaching Llobregat Delta, dissapearing some days and going back to Pals later. Finally, the bird turned up in Aiguamolls de l'Empodà natural park, until at least yesterday.
I've read many interesting things about this bird, written by Àlex Ollé and Guillermo Rodríguez. Firstly, this comparation (in Catalan) of the sightings from Pals and Llobregat Delta, showing that was the same bird. And secondly, this fantastic discussion (in Spanish) about 'western GS Eagles', hybrids with LS and what this bird seems to be.

After seeing that bird many times in my laptop, and after reading all this interesting things, I really wanted to see that bird. So yesterday, Ferran Fitó and me went there to try it. The bird had been seen the day before in the Matà meadows, so we went there straightforward. Some minutes after arrive, I saw a raptor flying quite far. I found it with the scope... and yes, I finally was seeing the GS Eagle with my own eyes.
It started to get closer, but still far for good photos, although I was really happy just seeing it! 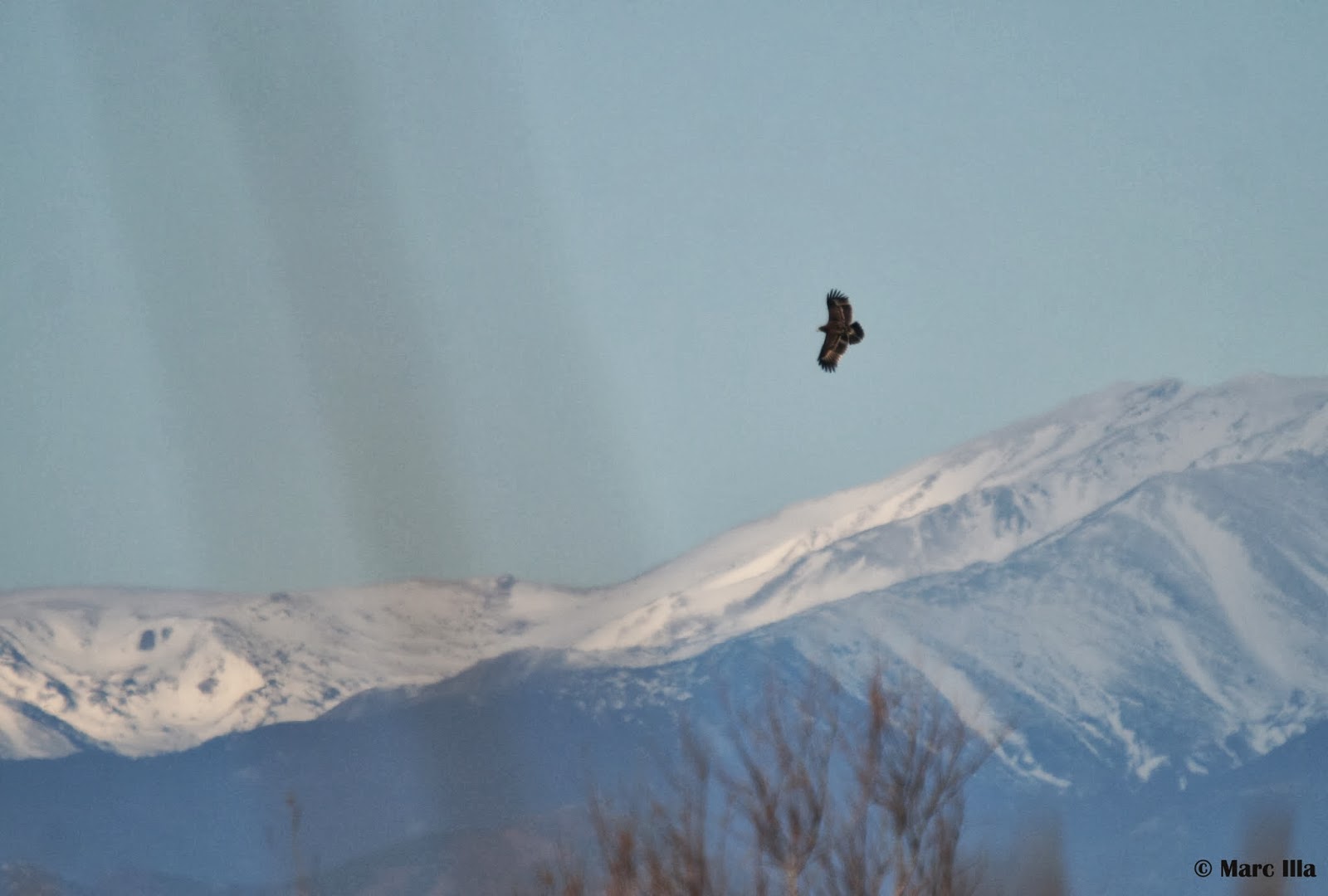 Then, the bird change its direction and came straight to us. It flew just above us, and then it crossed Matà meadows again. A really nice way to assess all that features that I wanted to see in this bird! And also a good chance to get acceptable photos. 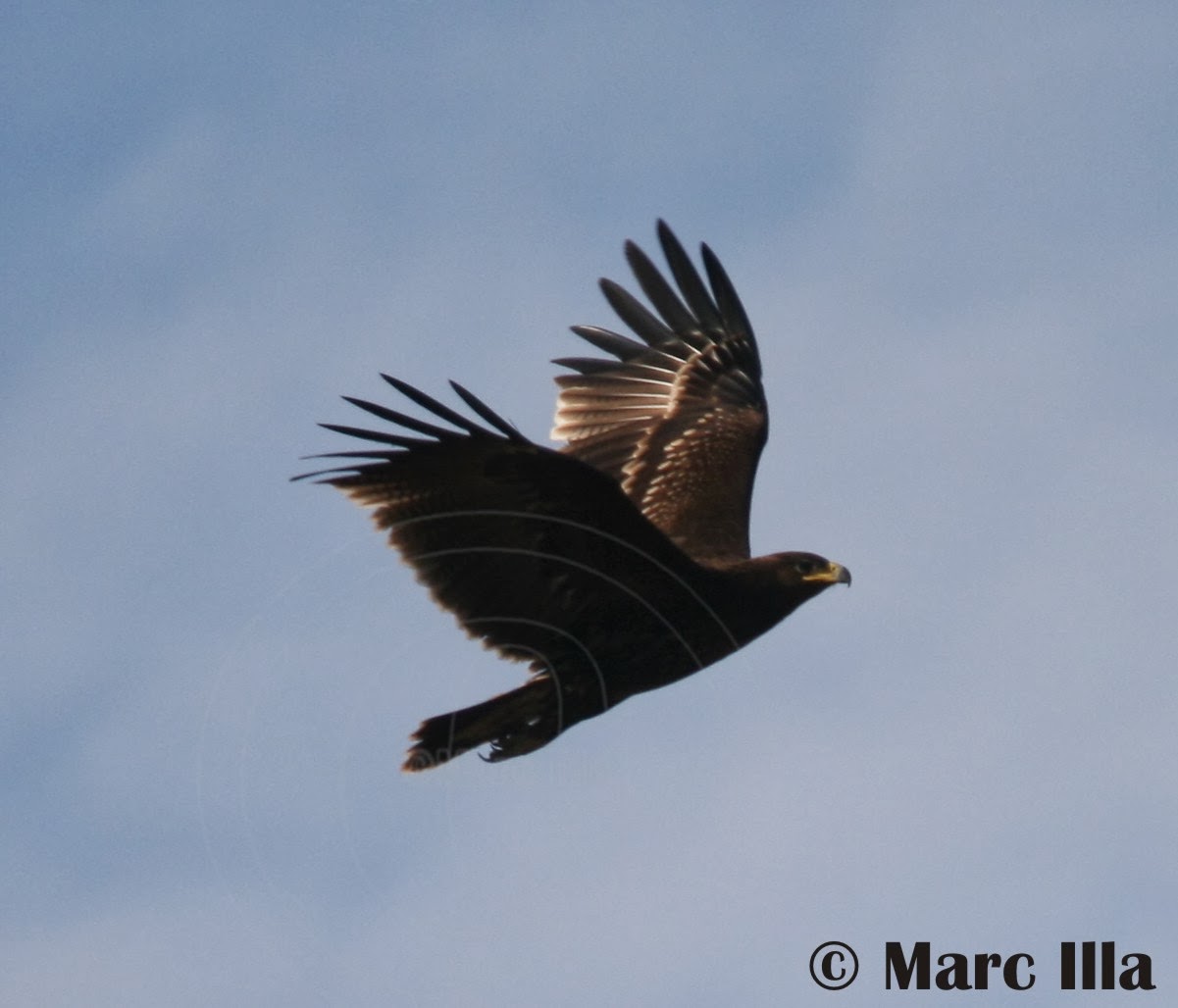 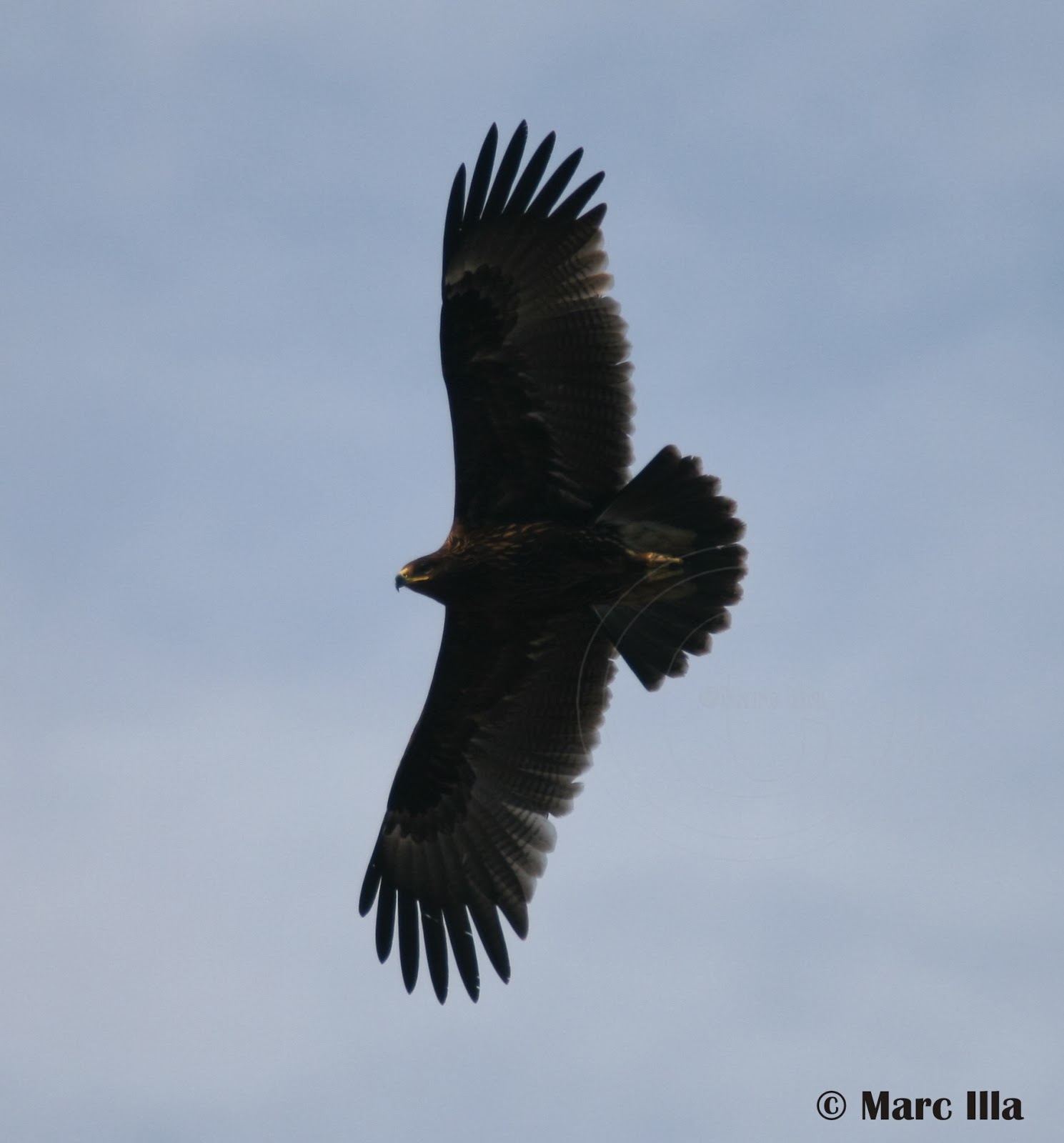 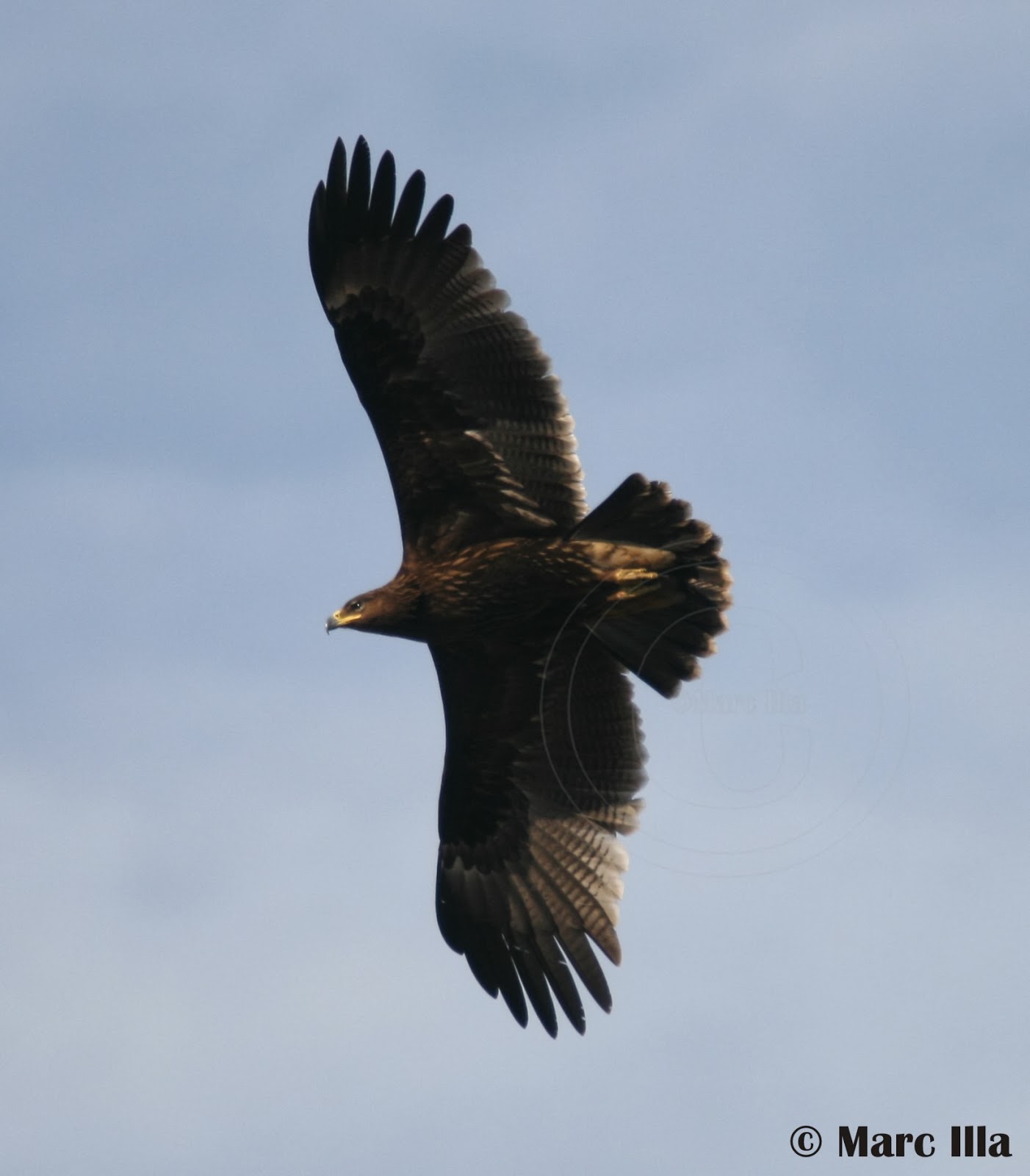 The rest of the day didn't produce anything special. Many birds were just the same I saw on December, like this Flamingo (Phoenicopterus roseus), just in the same place doing exactly the same. 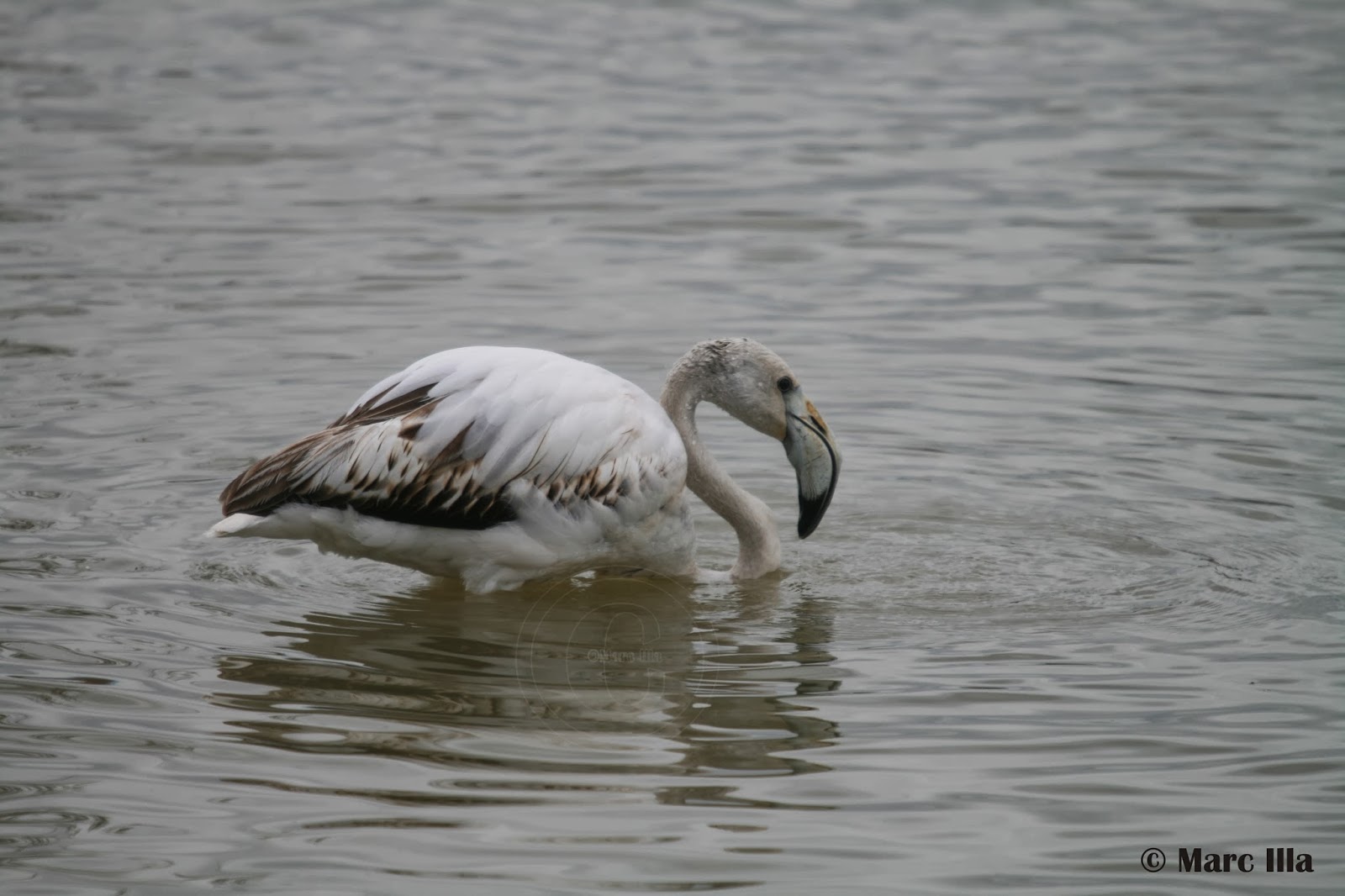 The Canada x Barnacle Goose and the 2 first.winters Greater White-fronted Geese (Anser albifrons) were in the Cortalet laggon, but I didn't saw the Bean Goose that had been there during the last month. Maybe, the only new species was the Egyptian Goose (Alopochen aegyptiacus), there were 4 birds. Who knows where this birds come from, probably from somewhere in Europe where they scaped from captivity, or from any public park in a big city... 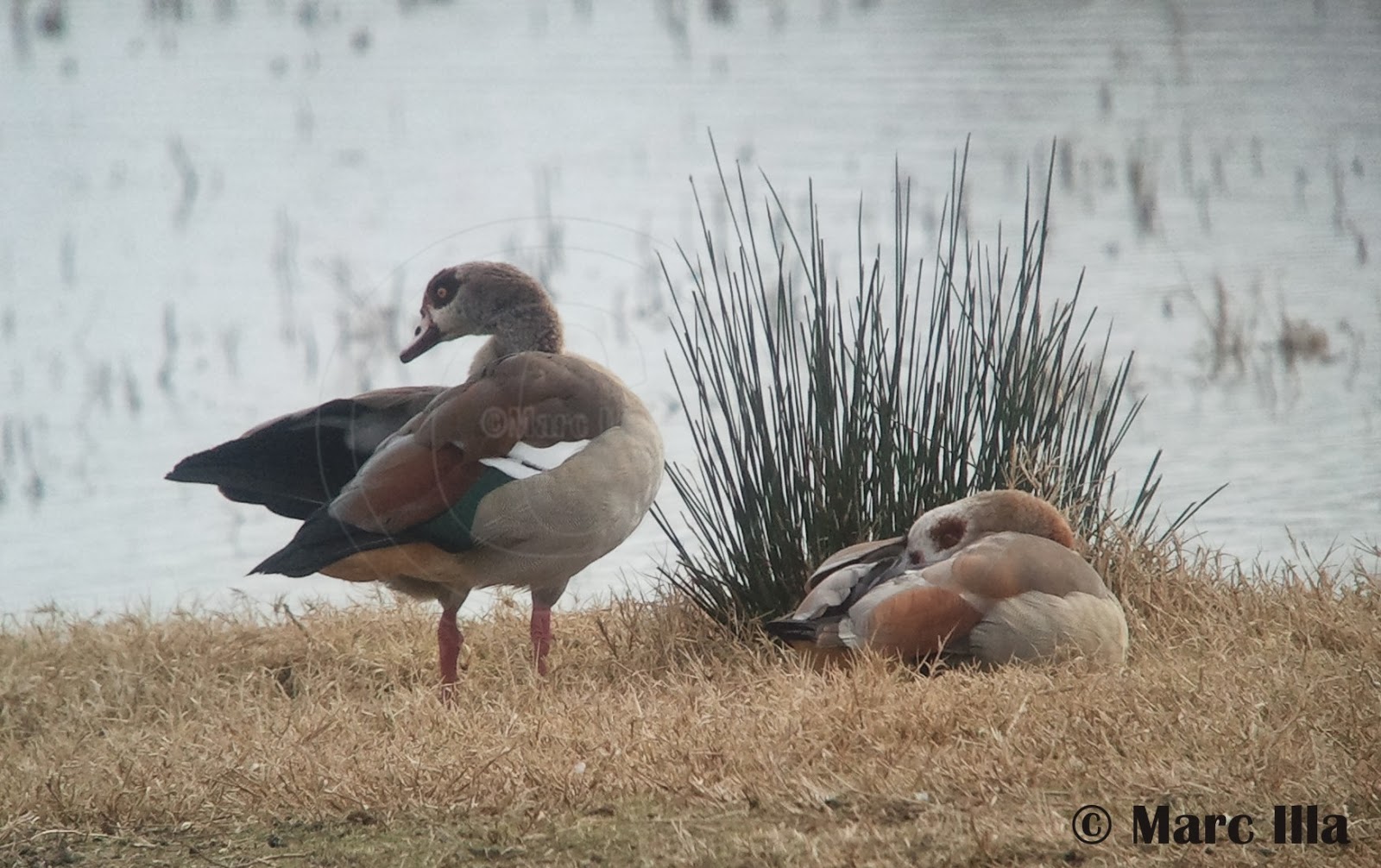 So, you can see, a really pleasant birthday's birding day! 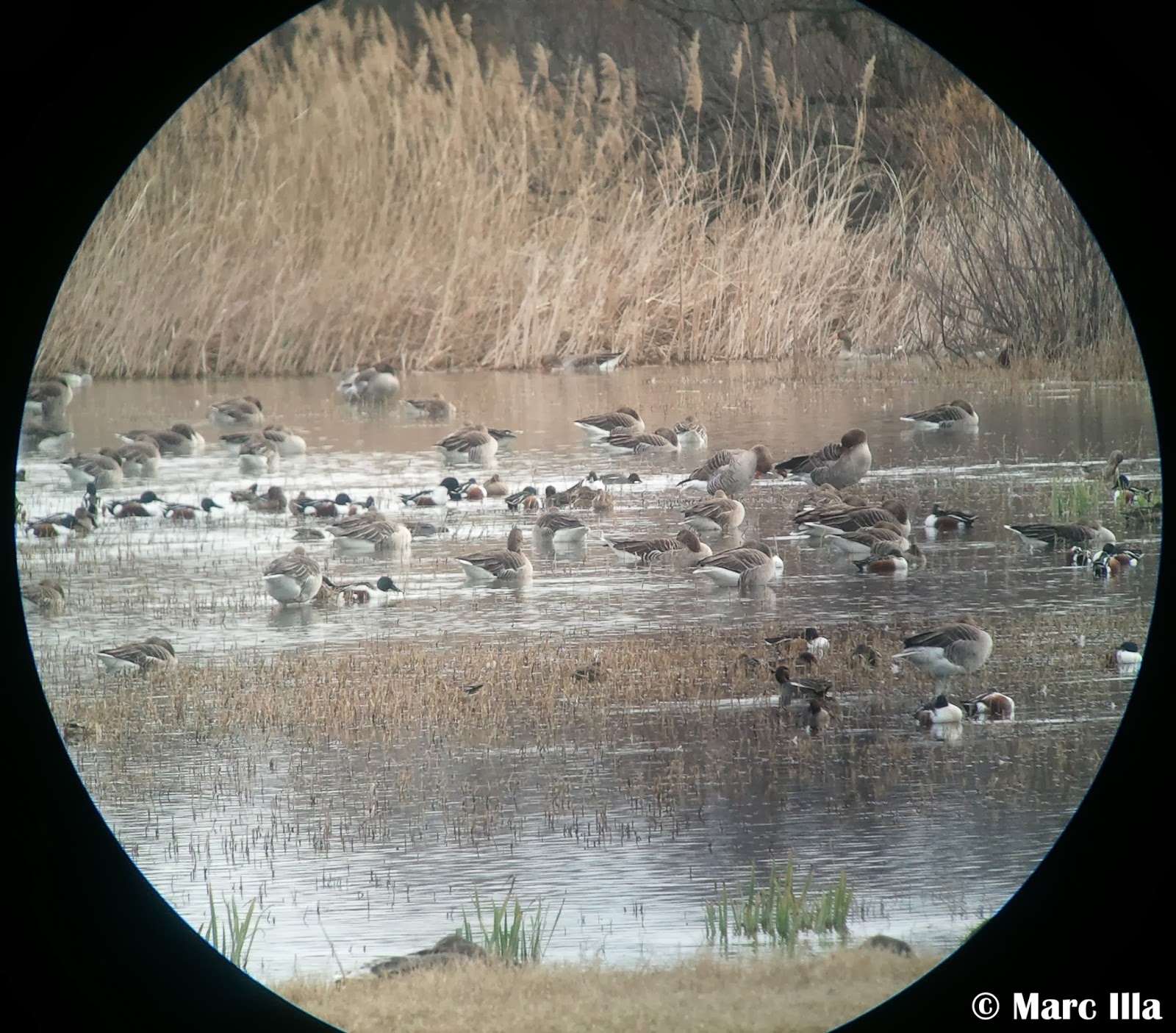 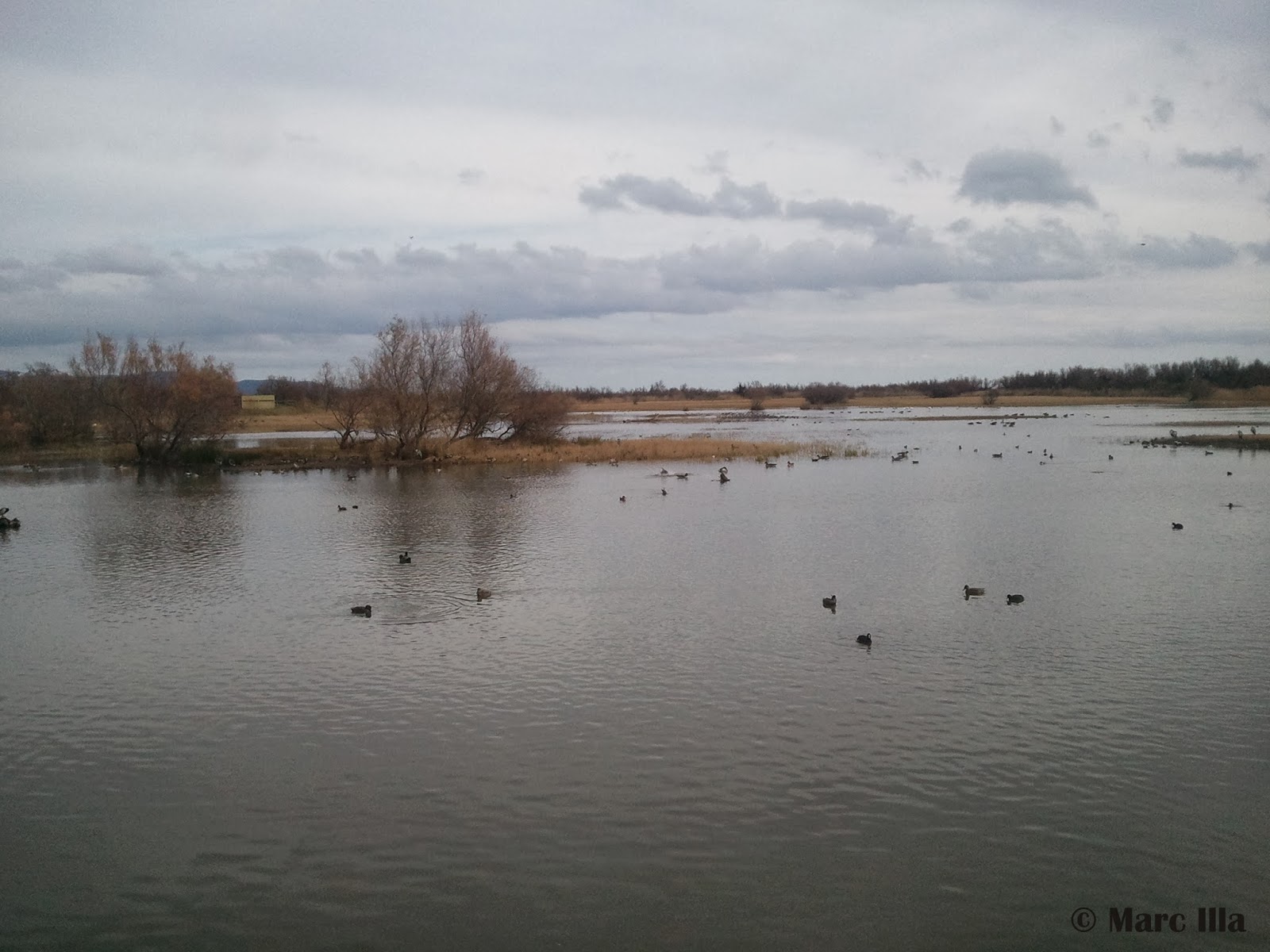