My local patch, l'Aiguamoll de la Bòbila, is the only wetland (apart from the main rivers) in my area. It's the only place where Coots (Fulica atra) bred regularly, and we had more than 20 individuals some years ago. 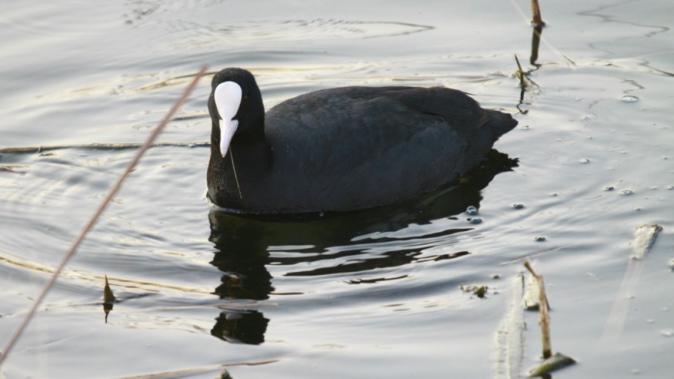 When the American Mink (Neovison vison) started to invade Catalonia, some individuals reached this wetland and started to breed there. Since then, the population of Coots has fallen drastically. I think numbers are quite obvious: 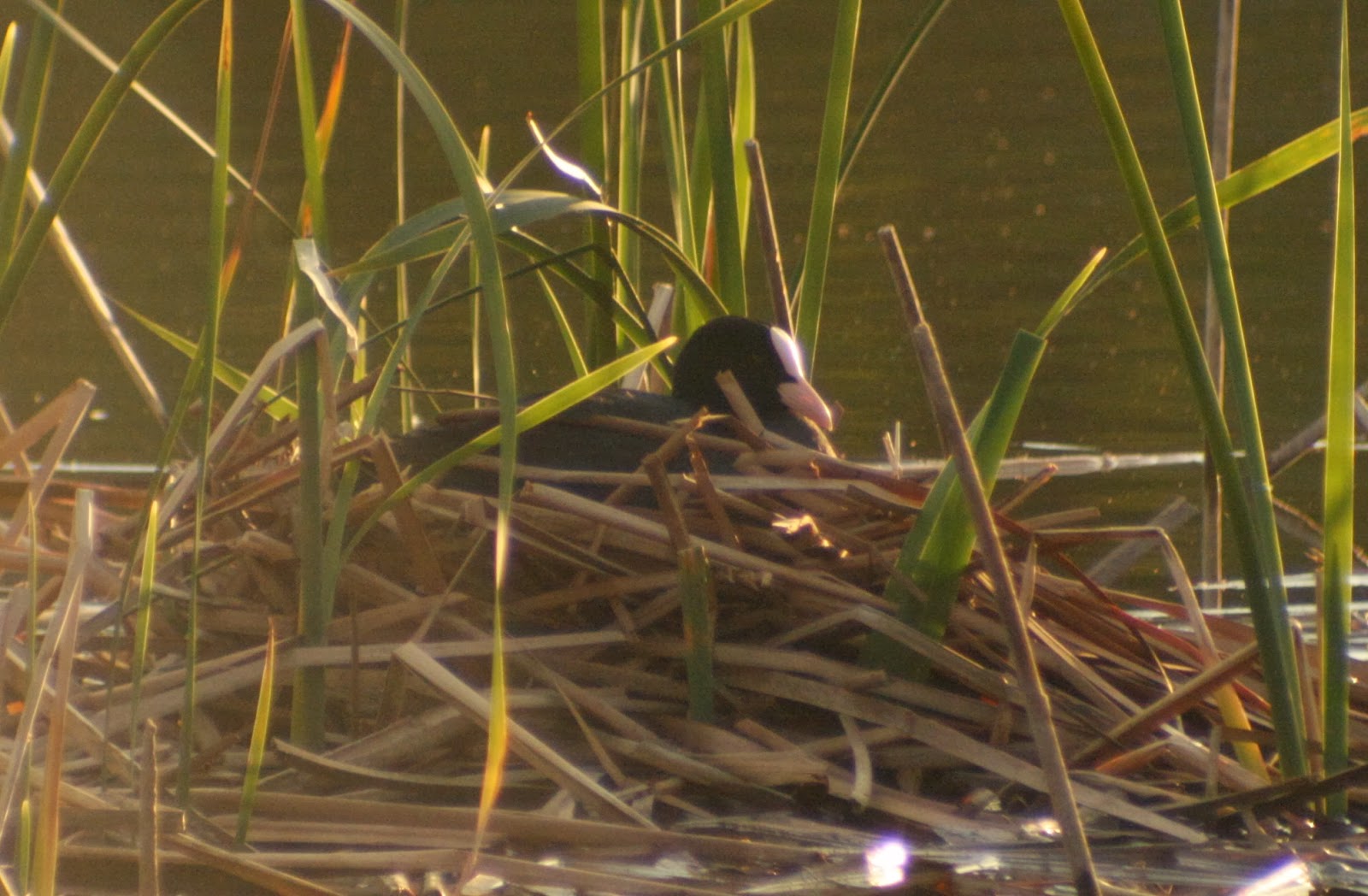 The thing is that the American Mink is really good preying on Coot's chicks. While the small pullus were on the nest with the adults there was no problem, but since the first day the chicks went out of the nest following their parents, they started to dissapear. In 2011, for example, 5 chicks got out from the nest for first time, and two days after there were just 3. Also, in 2012, I could see just one chick, but probably it had some brothers and sisters that had been eaten before. 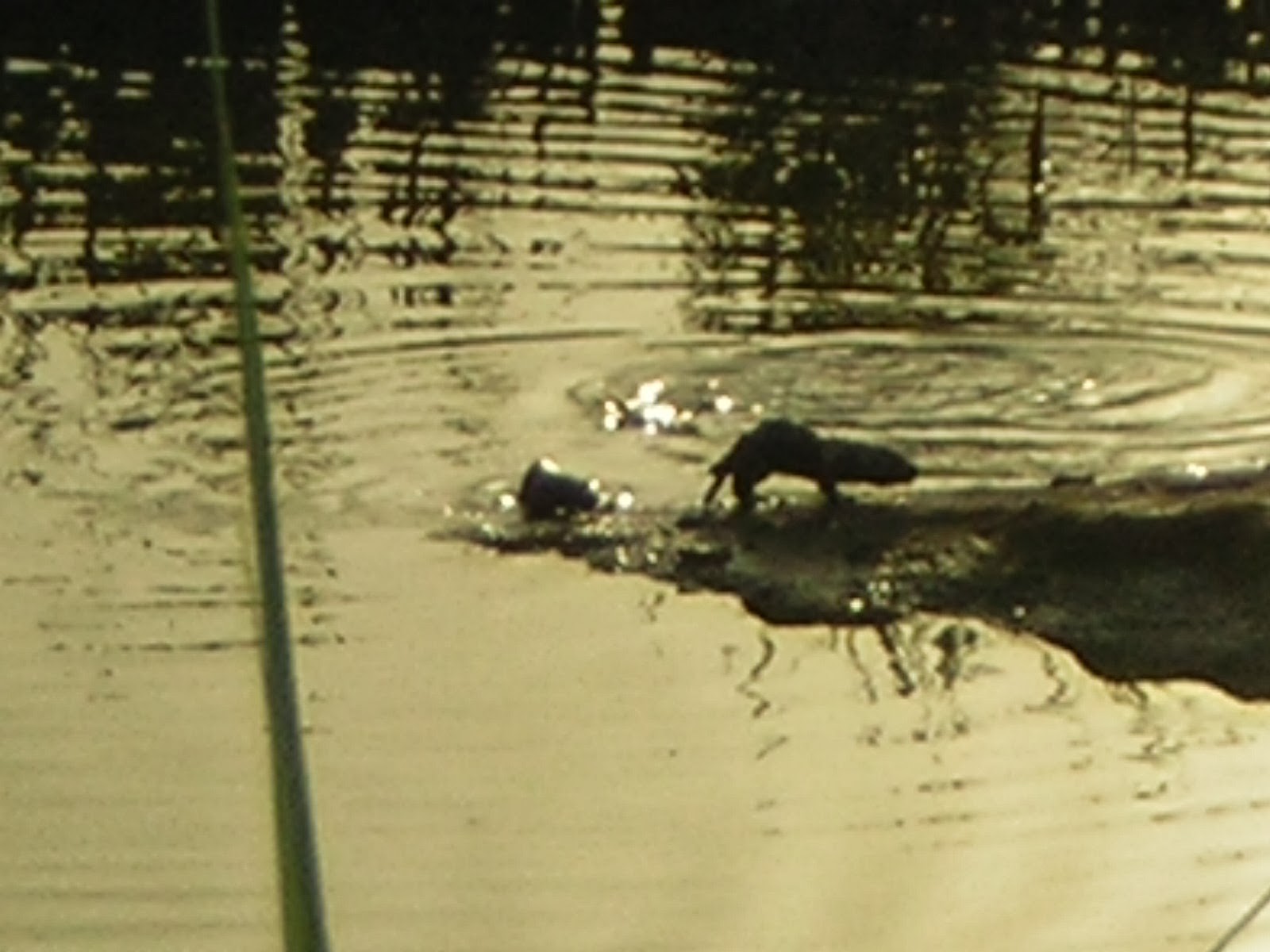 This kind of problems is not always because of 'big troubles' like the America Mink thing. Another factor (not as important,. but still an 'extra factor') has been some fluctuations in the water level. L'Aiguamoll de la Bòbila is a small wetland that receives the water from an aquifer and from the rain, and it's not controlled. This means that strong storms during the breeding season, that usually mean a noticeable increase of water in the wetland, may destroy Coot's nests. Nonetheless, I think that all that +20 Coots that used to be in this place could manage to breed with this thing... 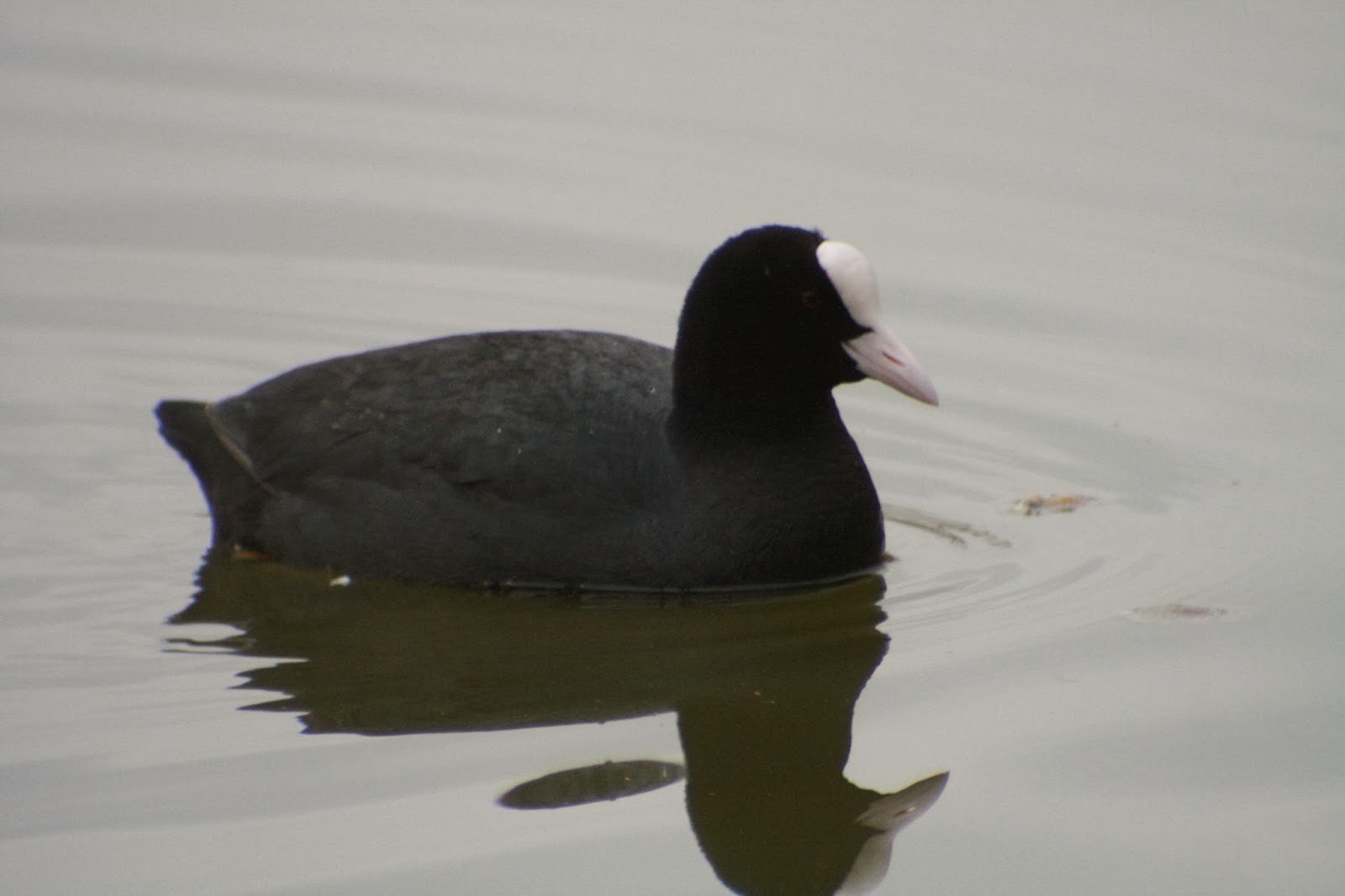 If we look at wintering birds, we are far from that wintering flocks about 10-15 birds before 2007. Actually, during 2013 I saw two birds during the spring, but one dissapeared and some days later, the other too. In September appeared another bird, that stayed until October, but after that, nothing...

... until some days ago, when a bird appeared! I was quite happy for that, and I would have never imagined that the day after, I was gonna catch it!! 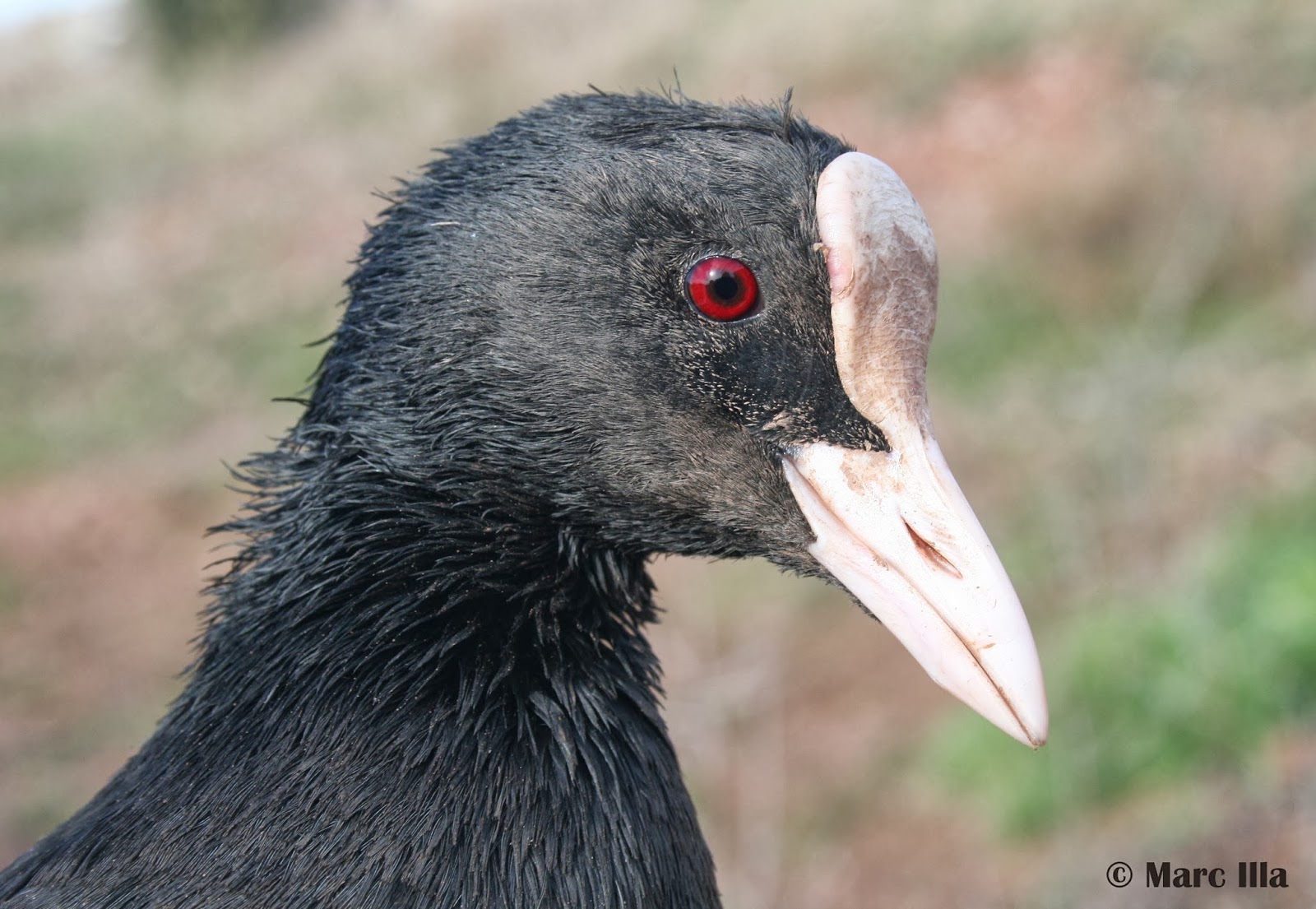 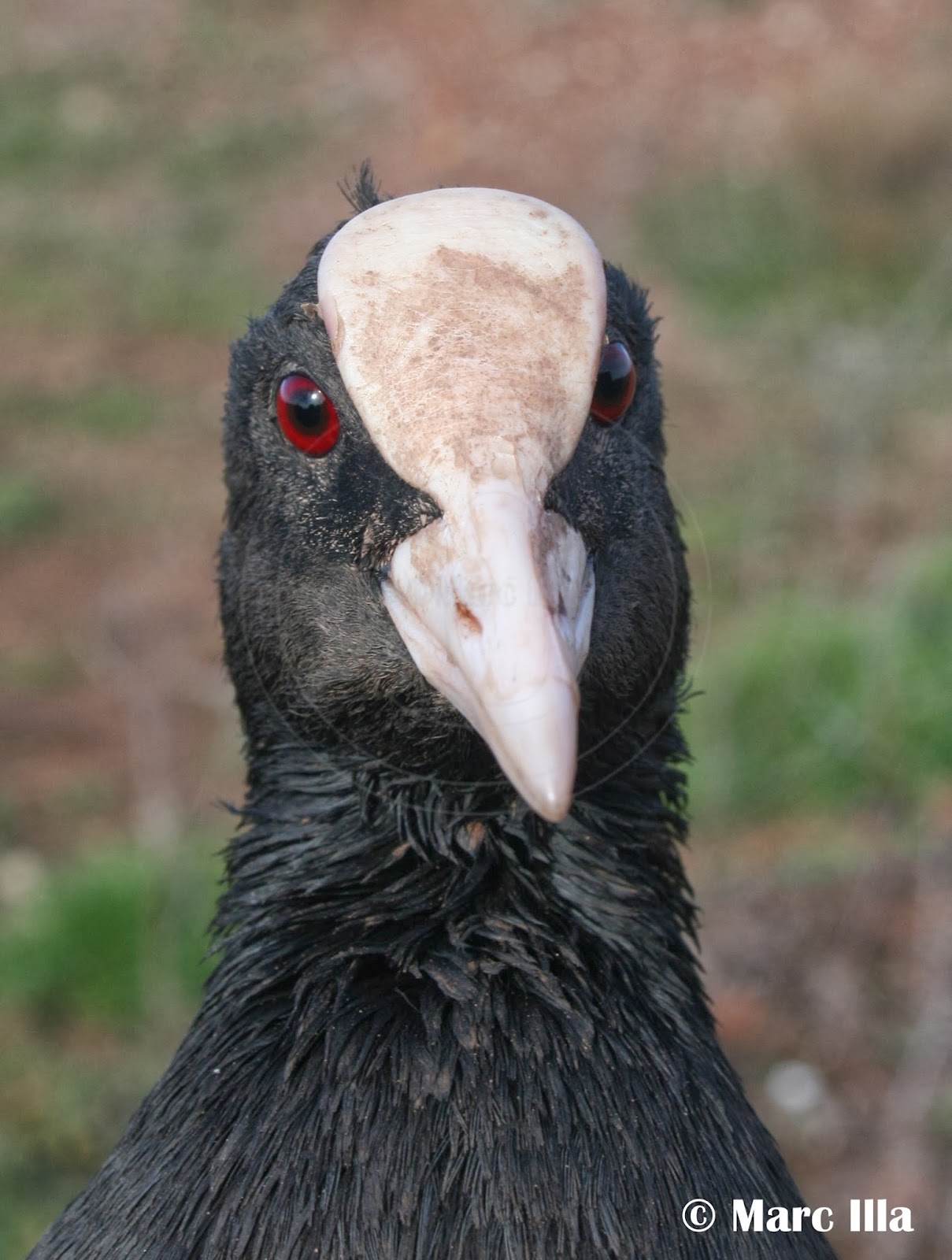 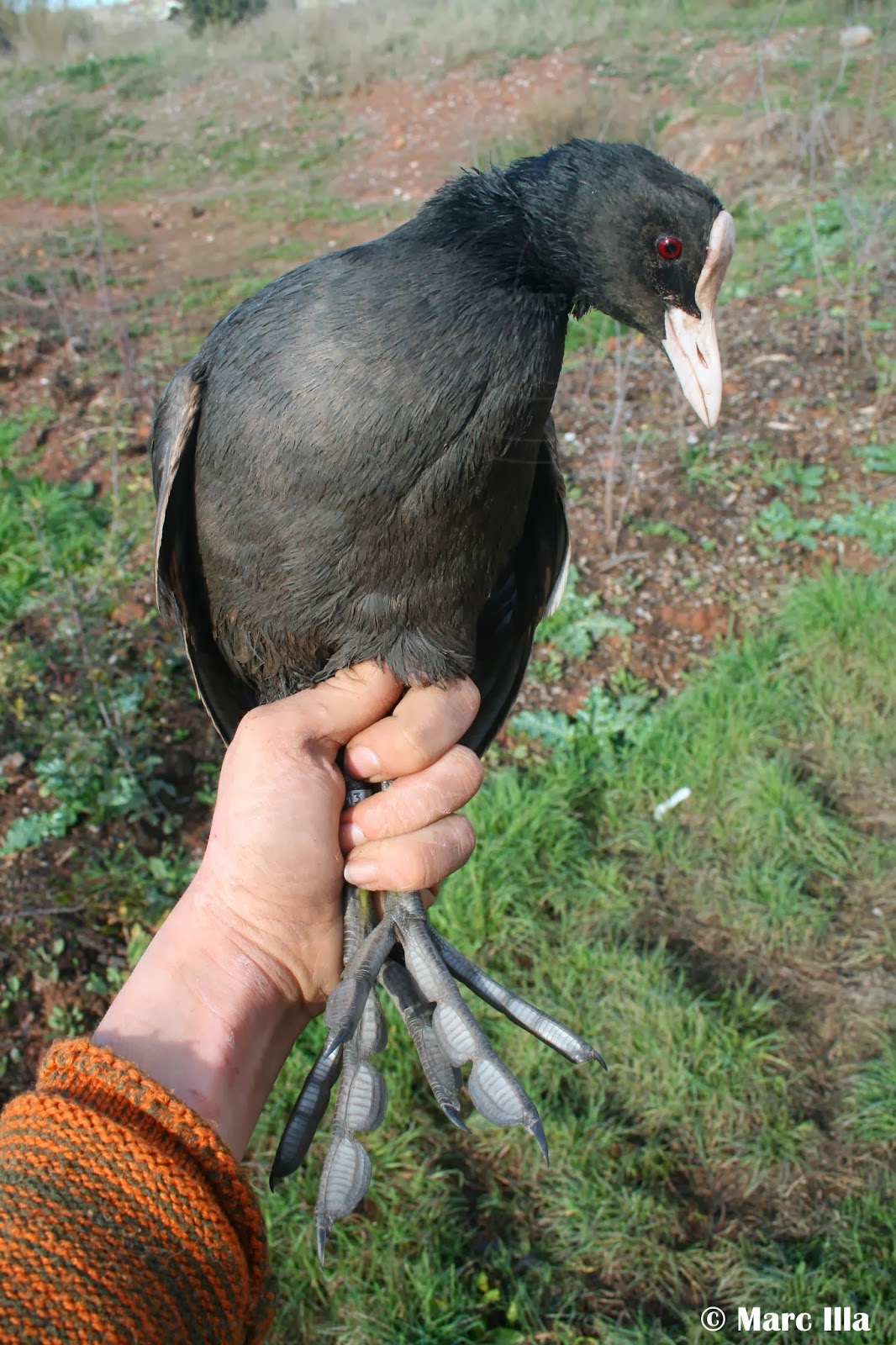 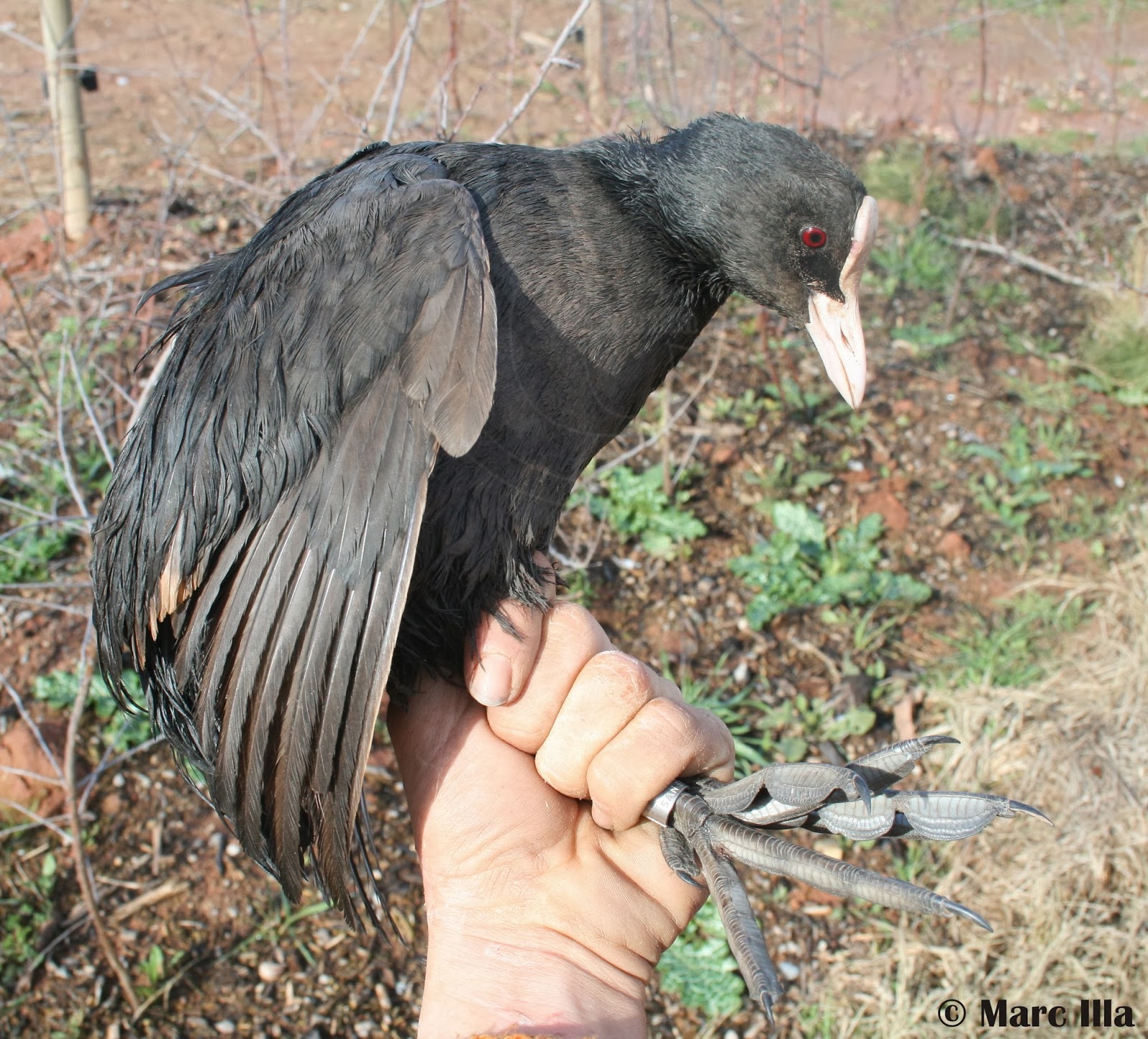 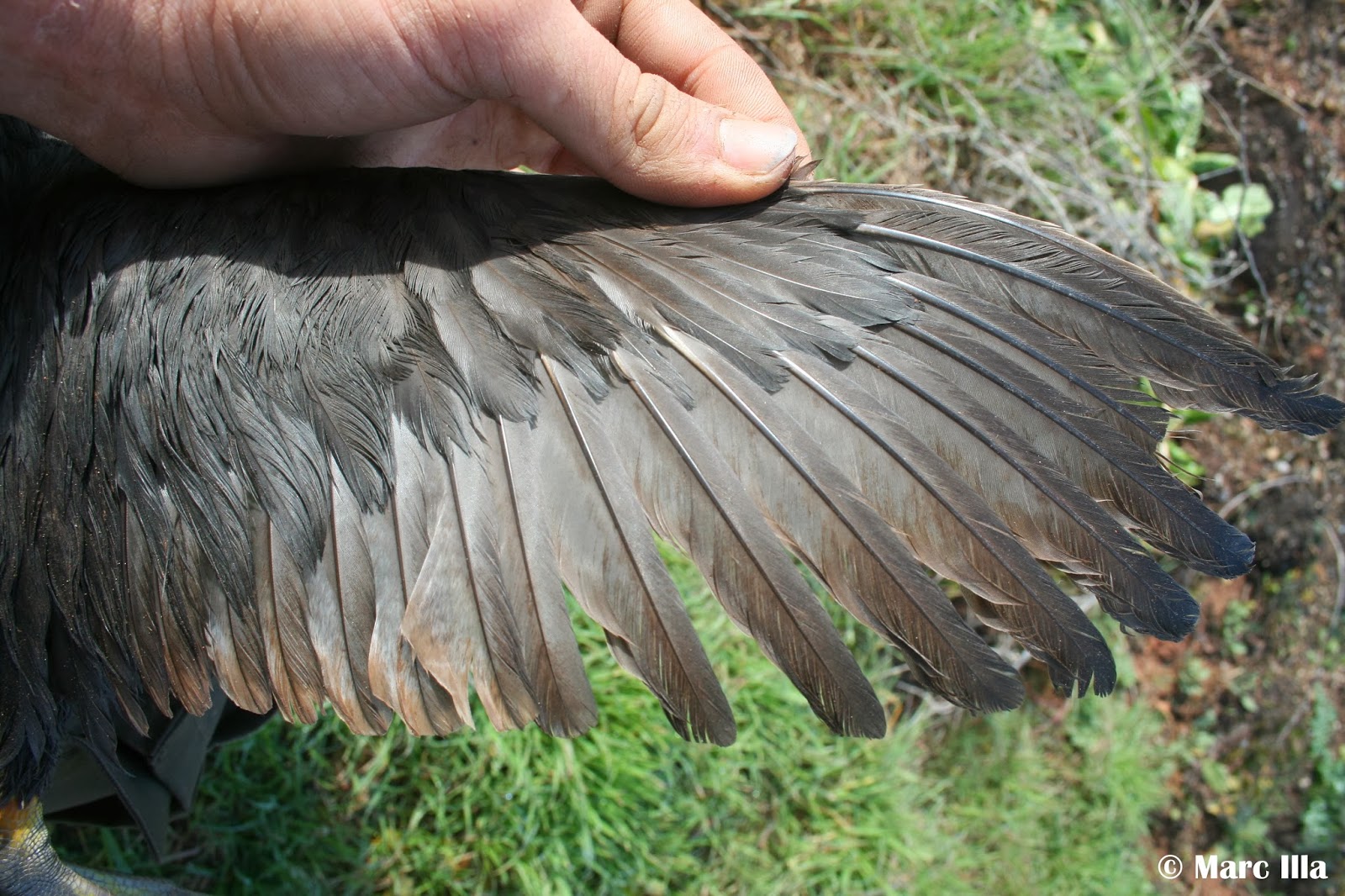 In the postjuvenile moult, Eurasian Coots undergo a partial moult that involves most of body feathers, always retaining flight feathers. As you can see in this bird, all primaries, secondaries, tertials, primary coverts and alula are still juvenile, thing that means that it should be aged as EURING 5 (2nd-year).

Following what Cramp et.al. (1979) says about sexing, this bird should be a male. Besides the wing chord, tarsus length, tarsus + middle toe + claw length and bill to feathering on lores are significant measurements to keep in mind.
Posted by Marc Illa at 12:45 PM