I know I'm writing every year (well, almost every half year) a nostalgic post about Cuberes, a place where I used to spend a few weeks in the summer when I was a child. The place is in the pre-pyrenees, between a big drylands extension and the actual Pyrenees.

As I might have posted before too, the combination of habitats is, at least for me, very exciting. You can find some species with a clear mediterranean influence to mature Mountain Pine (Pinus [mugo] uncinata) forests. Of course, the variety of bird species is even more exciting for a birder...

Imagine you're following a trail from the lowest part to the highest. Starting from belows, south sides of mountains are boxwoods (Buxus sempervirens), and N sides are usually dominated by Black Pines (Pinus nigra). It's relatevely easy to find Dartford Warblers (Sylvia undata) and Subalpine Warblers (Sylvia inornata) here, sometimes with some Citril Finches (Carduelis citrinella). Western Orphean Warbler (Sylvia hortensis) and Blue Rock Thrushes (Monticola solitarius) are also present. There are also Rabbits (Oryctolagus cuniculus), which provides food for many raptor species that breed in the Scots Pine forest. 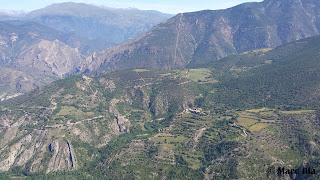 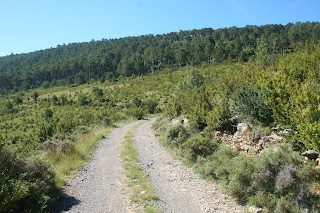 The Scots Pine (Pinus sylvestris) forest is the most extensive habitat, with Coal Tit (Periparus ater) and Crested Tit (Lophophanes cristatus) being the commonest species. The highests parts it changes to an actual pyrenean Mountain Pine forest. There, you can find easily Ring Ouzel (Turdus torquatus) and Citril Finches (Carduelis citrinella), and sometimes an Eurasian Treecreeper (Cethia familiaris) (there are a lot of Short-toed Treecreepers Certhia brachydactyla too!!) or a Tengmalm's Owl (Aegolius funereus). Goldcrests (Regulus regulus) and Firecrests (Regulus ignicapilla) are also mixed breeding here - it's like a potential place for interesting hybrids! 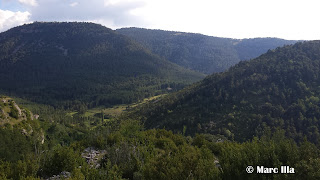 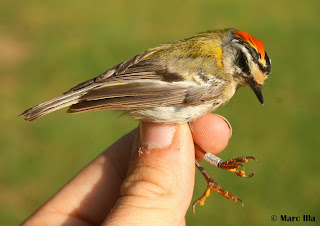 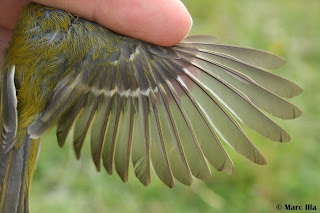 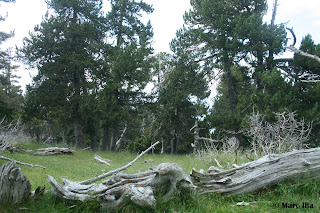 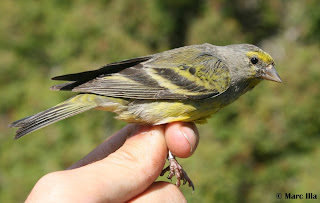 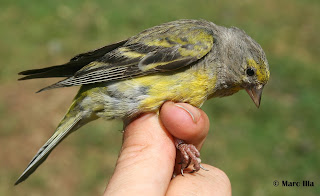 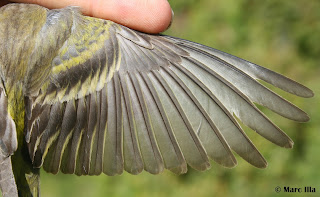 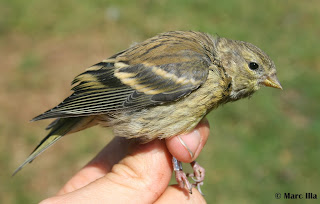 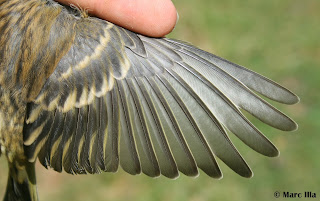 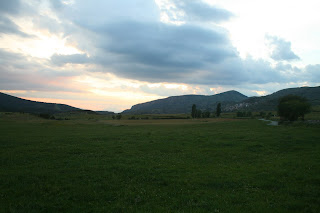 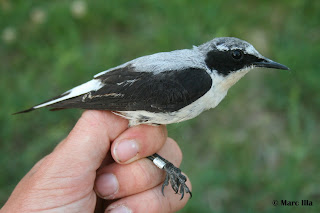 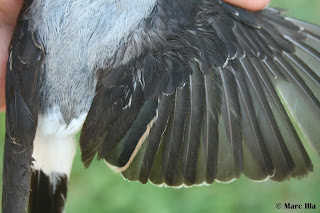 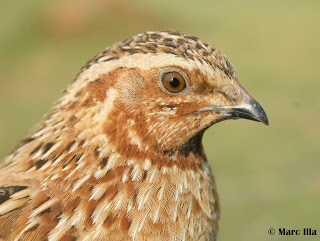 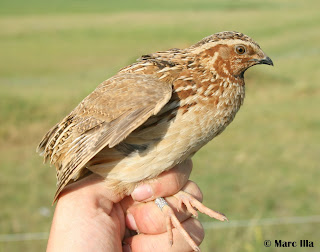 As interesting species, we algo got this European Nightjar (Caprimulgus europaeus). This male (or at least some male) has been singing for many years close to a small river. I really wanted to trap it, since I was a child, and I finally managed!

Of course, the skies are very crowded. Griffon Vultures (Gyps fulvus) are almost omnipresent, and Lammergeiers (Gypaetus barbatus) are quite common too (you can easily spot 6-8 birds in a single day, without effort). Egyptian Vultures (Neophron percnopterus) are also around, and, since the reintroduction project it's been very succesful, is not that hard to find a Black Vulture (Aegypius monachus), and therefore, to see all four european vulture species flying together! 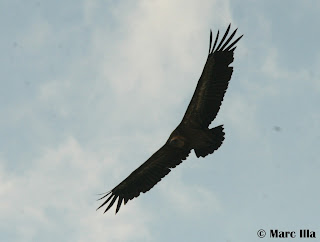 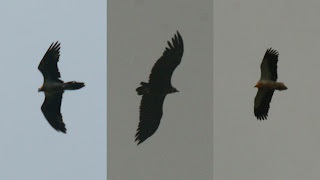 One of the most representative species of the area, but, is not a bird. Red Deers (Cervus elaphus) were introduced years ago for hunting, and a hunting reserve was created. I really like them, specially in autumn, but an excessive density (as it occurs here) is really really bad for the habitat. I could be talking about this problem for quite long, but I'll leave it for another day. 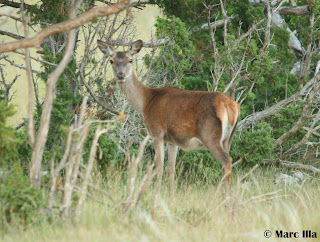 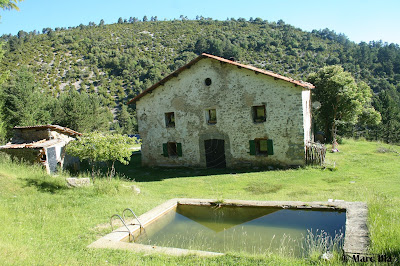