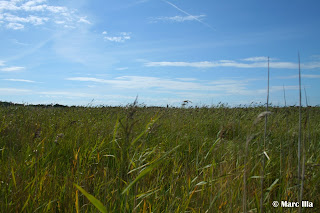 Wake up very early in the morning, cycle to Flommen, wear hip boots and go inside the reedbed to set up some nets. Again in the Flommen hut, I use to look south and see the lighthouse, that very soon turns off. This is the routine for the 'Flommen Team' (Albin, Marcel, Stephen and me). 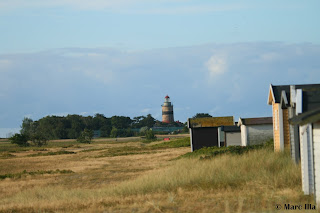 Just before the sunrise, firsts Tree Pipits (Anthus trivialis) and Yellow Wagtails (Motacilla flava) appear in active migration. During all morning are usually followed by flocks of Crossbills (Loxia curvirostra), that we always check, looking for Two-barreds. Whinchats (Saxicola rubetra) and Northern Wheatears (Oenanthe oenanthe) are quite common in the bushes around the Flommen ringing hut, also the local Meadow Pipits (Anthus pratensis) and Skylarks (Alauda arvensis).
Between the first and the second netrounds we catch the major part of birds, mainly Reed, Sedge and Willow Warblers. Also, we have started to catch some other migrants in 'acceptable' numbers, specially of Whinchats and Tree Pipits. These are less common migrants: 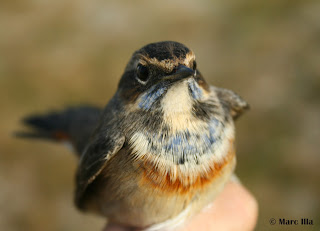 Just behind the ringing hut, the Baltic Sea use to keep some nice birds. Some Common Eiders (Somateria mollissima) are every day close to the coast, and when we spend some 'between netround time' seawatching we usually see some waders and ducks passing by. 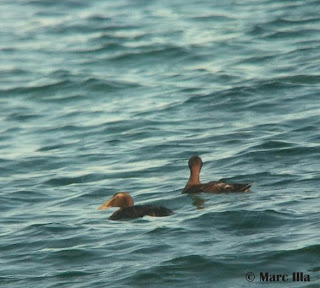 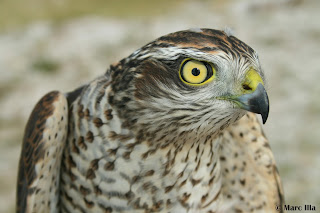 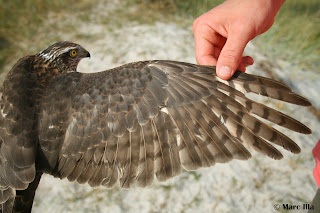 In the reedbed world, while we are doing the netround, is easy to see lots of Edible Frogs (Pelophylax esculentus) and Viviparous Lizards (Zootoca vivipara). Some Dragonfly species are also possible to see, the commonest one seems to be the Migrant Hawker (Aeshna mixa). 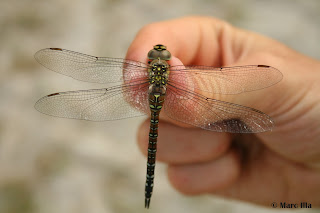 Hiden between the reeds sometimes is possible to see Roe Deers (Capreolus capreolus), but the authentic mysterious species are Crakes and Rails. 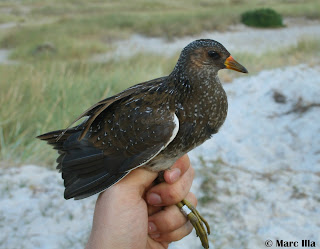 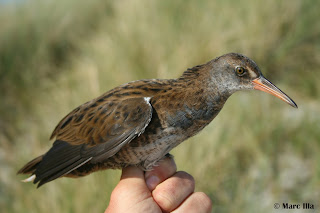 Today, an unexpected call from the lighthouse has been probably the best of the morning. Sophie, Caroline and company had just trapped a Red-breasted Flycatcher (Ficedula parva) in the lighthouse garden. One of these species that I was waiting... It was a first-year (not a bright orange-breasted male...), but I'm very happy equally! 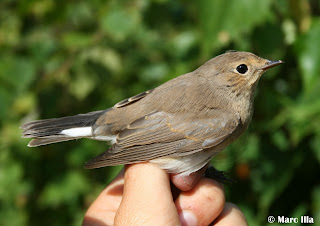