Last week was probably one of the most intense ones this year. Everything started in 21st July, when I make a quick visit to Pyrenees.
The idea was to spend two days there in order to meet some friends and see some species that I'll miss that August (last 2 years, I spend a month living there). I'll miss specially the 'Vultures poker': Griffon, Black, Bearded and Egyptian. All that birds together are only possible to see in Catalan pre-pyrenees, in Boumort area. Actually, Black Vulture's population is clearly increasing (due to the reintroduction project, see their webpage). I've to say congratulations to all Black Vulture reintroduction's team because of their good work and better results. 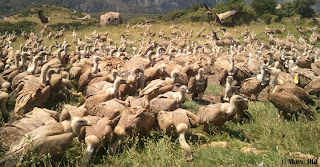 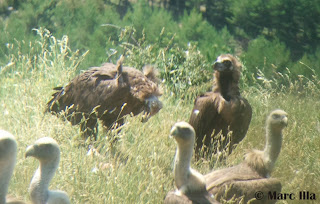 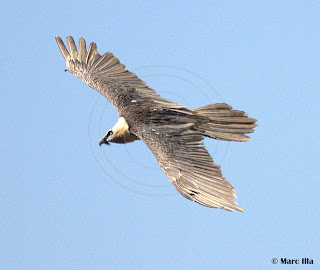 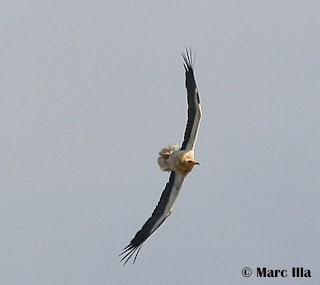 On 22nd July, while I was leaving Pyrenees, I noticed a strong feeling. I couldn't leave without a visit to Cuberes, so although my car was not prepared to, I decided to drive until there, and I decided to spend another night. 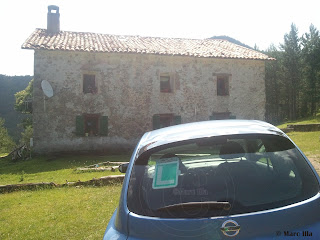 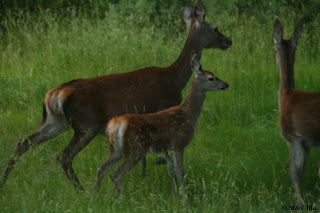 On 23rd July I came back home, and the following day I drove to Ebre Delta. It was also a 'birds+friends visit', but I only had a single day. The Alfacada area was very interesting. In a little flood ricefield, lots of terns (Sandwich, Common, Little, Gull-billed, Whiskered, a Caspian...) were resting and foraging. I was surprised by the 'big amount' of Black Terns (Chlidonias niger), the main part of them juveniles. And between them, 2 White-winged Terns (Chlidonias leucopterus), juveniles too. It was also interesting to see 3 Temminck Sandpipers (Calidris temminckii) and at least 2 Marsh Sandpipers (Tringa stagnatilis). Lots of Bar-tailed Godwits (Limosa limosa) were already migrating and also the main part of Curlew Sandpipers (Calidris ferruginea) are passing this weeks.

After doing more than 900 km and cross Catalonia two times in 2 days, on 24th July I started a walking route also in Pyrenees. We started walking in Puigcerdà, and we finished 4 days after in Aransa, passing for Andorra valleys, and doing about 50 km walking.
Now I'm more than 1700 km north.
In 1st August I flew to Copenhaguen and I arrived to Falsterbo, in Sweden. I'll be here until 9th September, birding and ringing. The first night here was a little bit hard, because we went to do some wader ringing and the following morning, we went to Flommen reedbeds to ring passerines. So, I didn't sleep until we finished (more than 24 hours after leaving home). 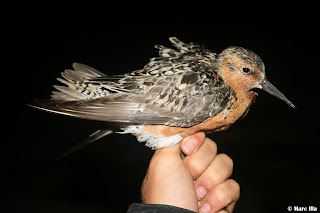 See some more photos on this Stephen's post. Also, you can read some interesting things about ageing Sandwich Tern (Sterna sandvicensis) and also Red Knots in this Marcel's post. For the moment I haven't caught any sandvicensis, but I can wait...

Very soon I'll make another post with some stuff about the first week in Sweden!
Posted by Marc Illa at 4:45 AM